Post per week has been improving to an actual one post a week at least, I’m getting my groove back! 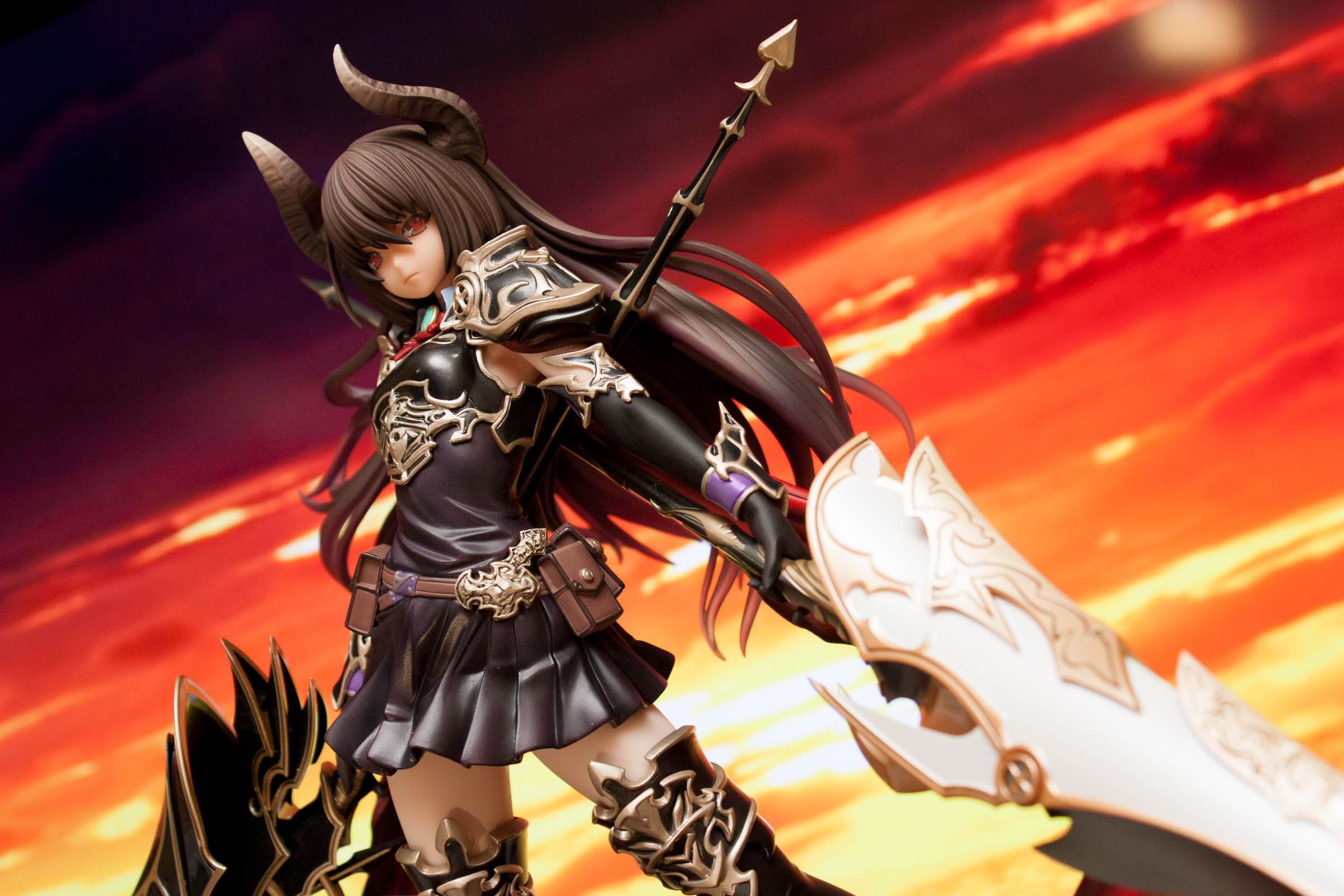 Good character design will really make you look twice and make heads turn and quite honestly the Shingeki no Bahamut characters designed by Mushimaro are no exception. With the release of the Dark Angel Olivia and Dark General (notice a prefix trend here?), Forte is no slouch either when it comes to the design department.

Forte originally appeared in the Shingeki no Bahamut and has appeared in the other works of Cygames such as Shadowverse and Granblue Fantasy. The figure was based from the SnB unit “Forte the Devoted” which you can check out here and the artist responsible for her (and most of the stuff in SnB) is Mushimaro. I’m still waiting for a Skyracer version maybe a Summertime one but i doubt that’s going to happen anytime soon ^^ 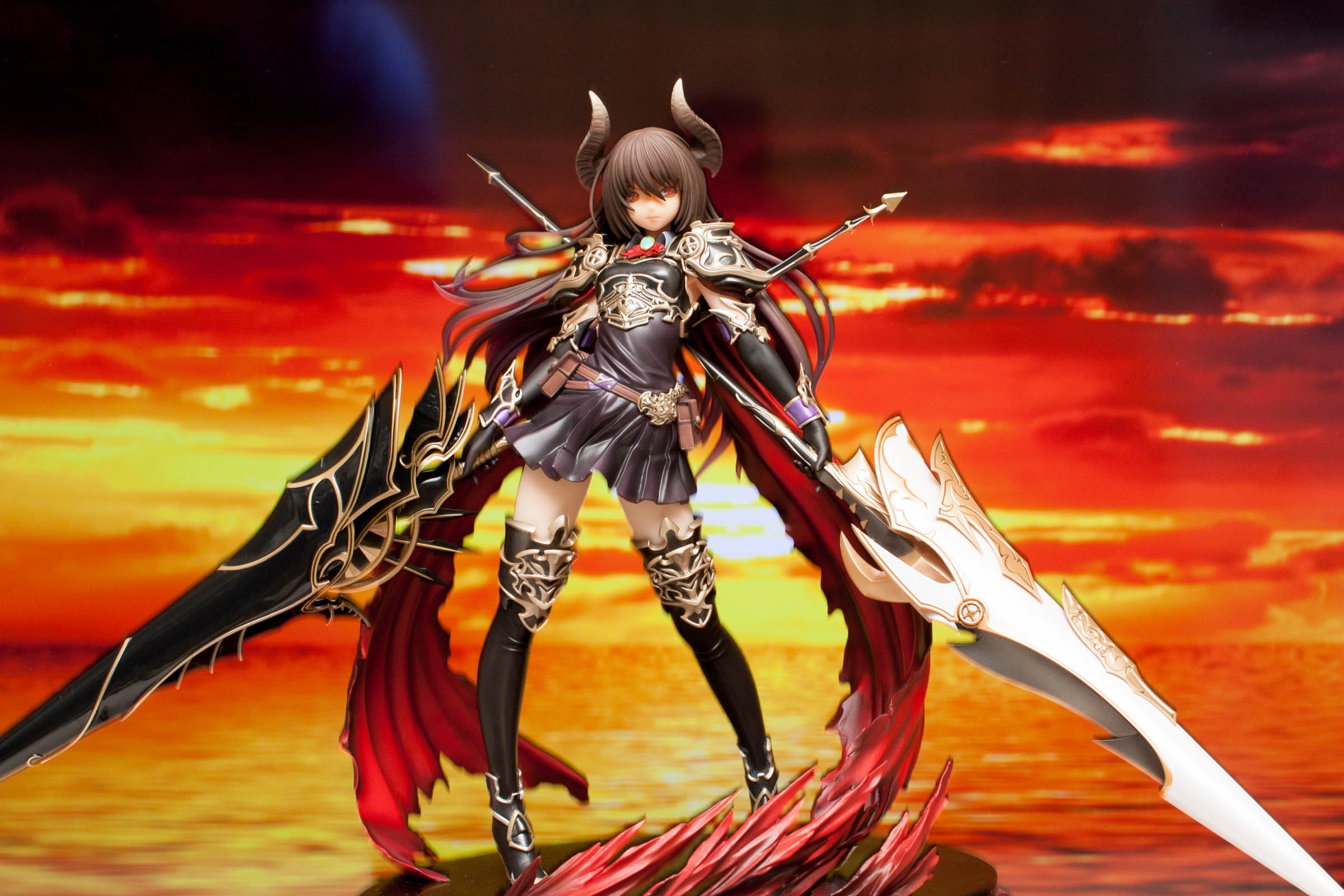 If you really want to show off this figure off in your display shelf, you better make sure she’s in front row or at the backrow with a riser as she will be occupying a very LARGE amount of space due to her weapons. Sure you can opt to not display them, but seriously that’s basically not displaying half the ensemble. 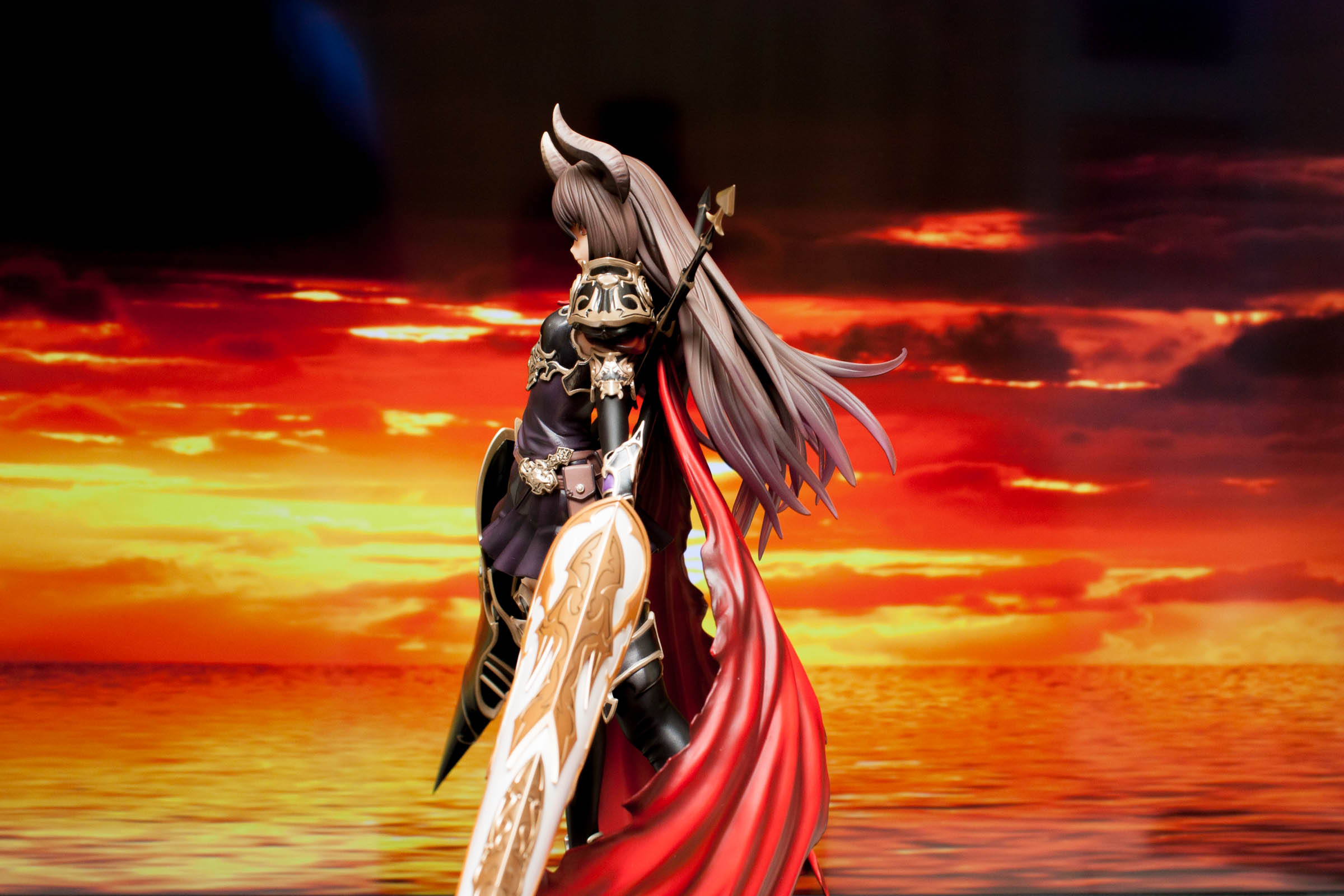 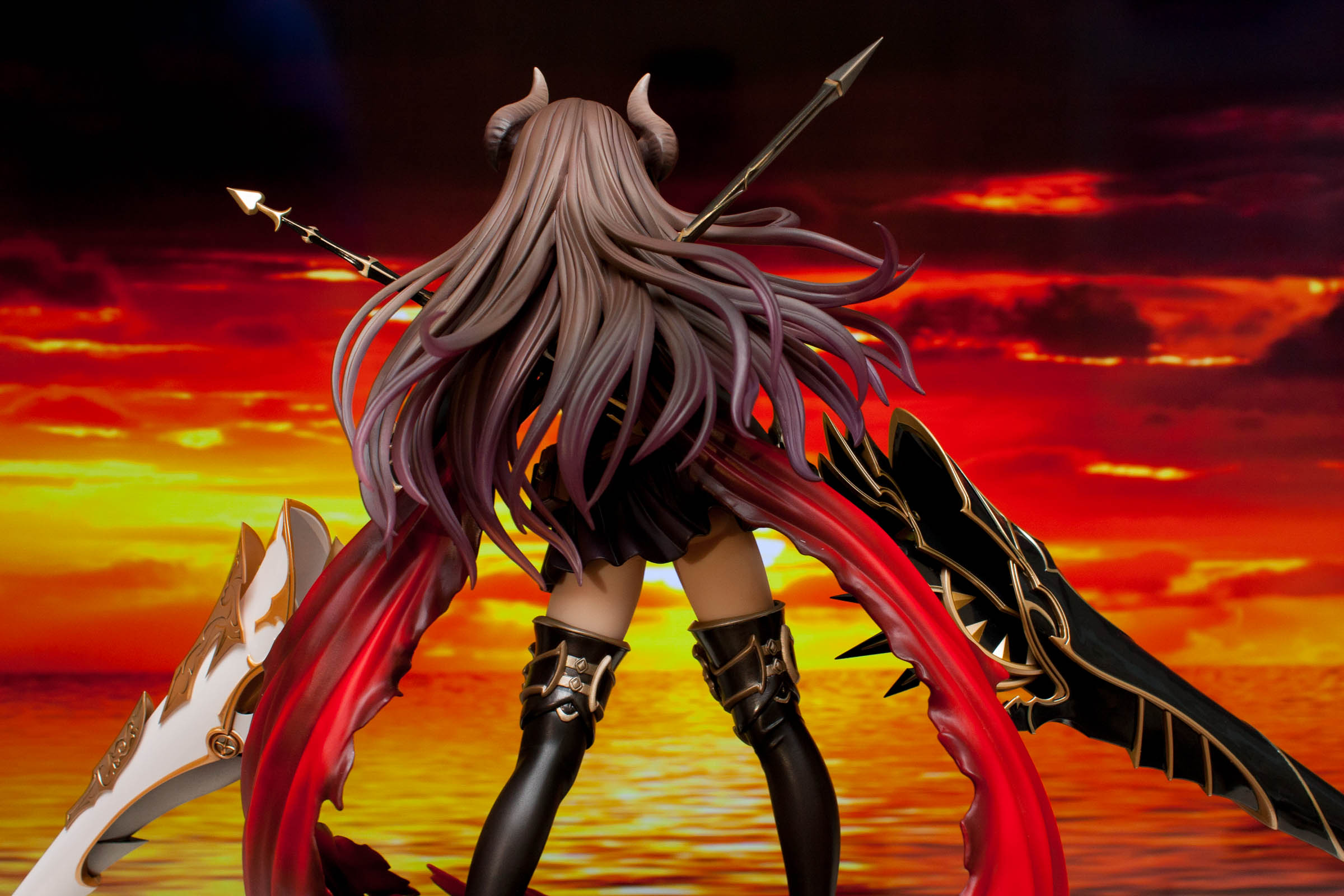 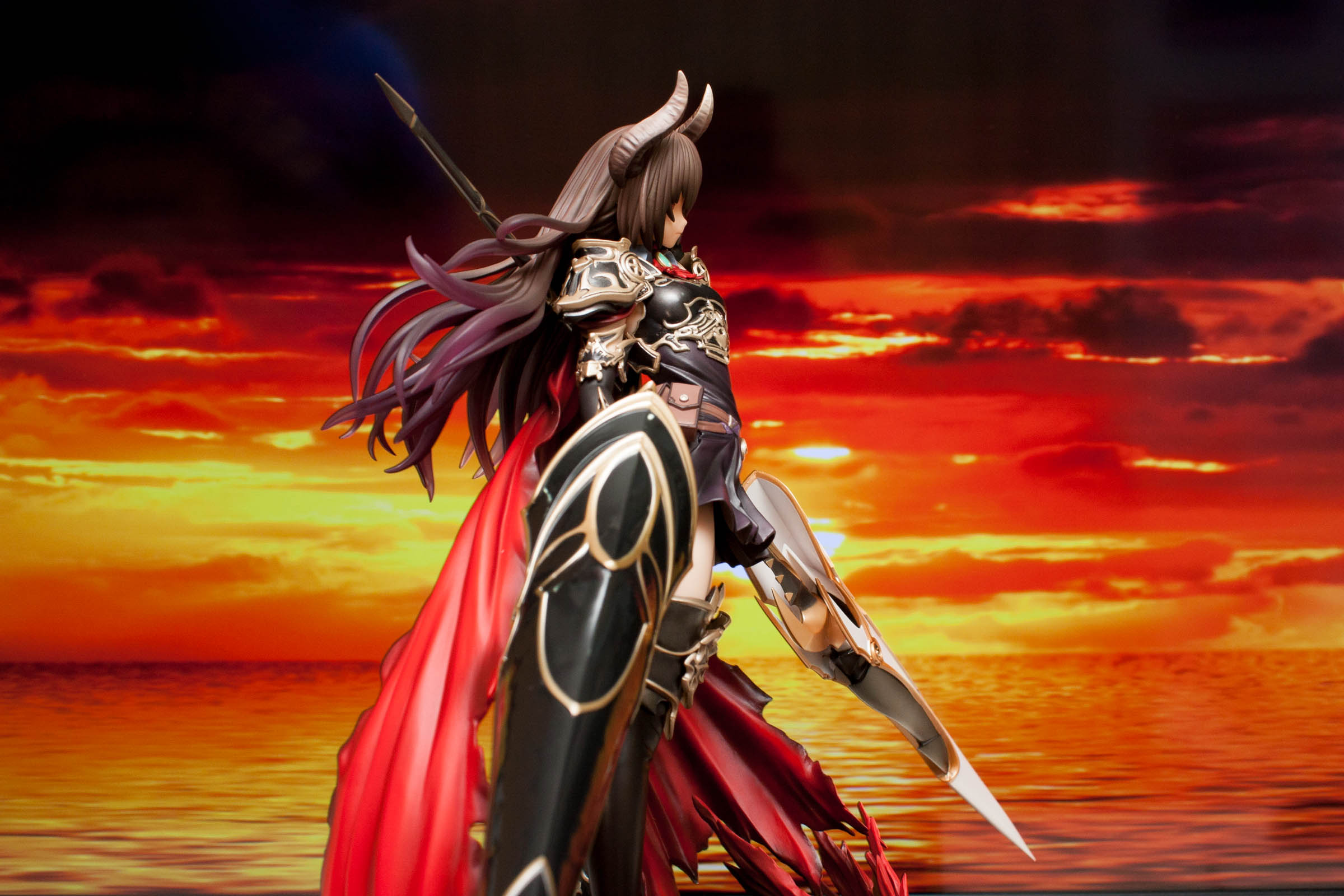 Her pose is a bit more on the boring side (just standing intimidatingly), but she makes up for that in detail and design! 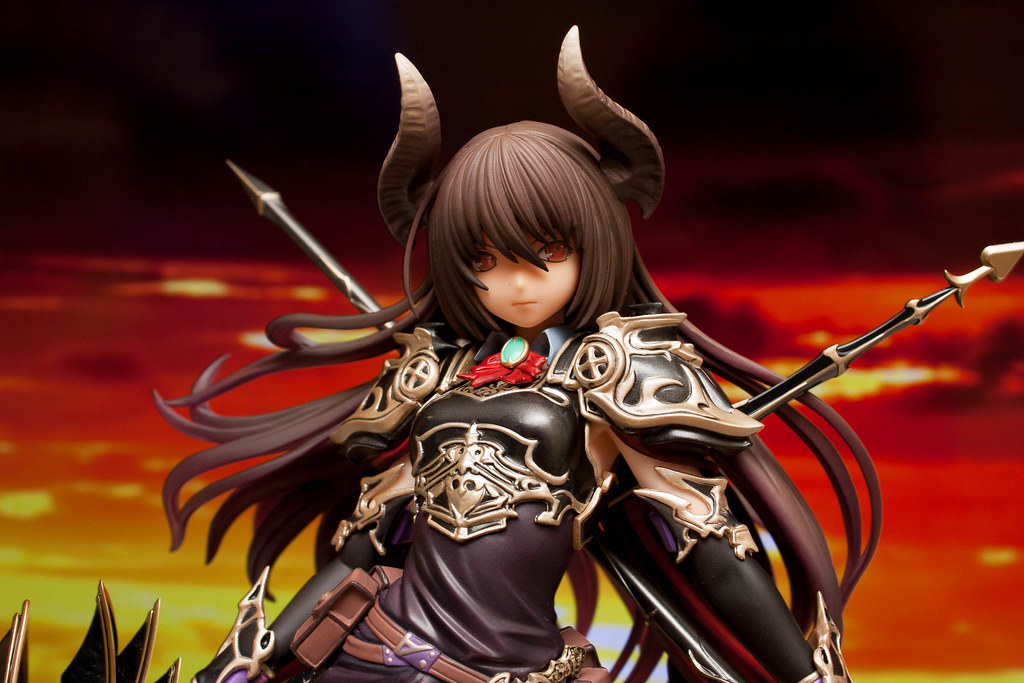 Look at all the lines on her hair! Glad they didn’t make the hair clumpy looking since Mushimaro’s art style isn’t remotely clumpy at all. Even the horn texture was a nice add on there as it remind me of a ram’s. Although the figure has a very pretty face, it’s a bit deviating from the source material but it’s still really good. Also yeah that’s dirt on her face, not on your screen. Sorry about that @[email protected] 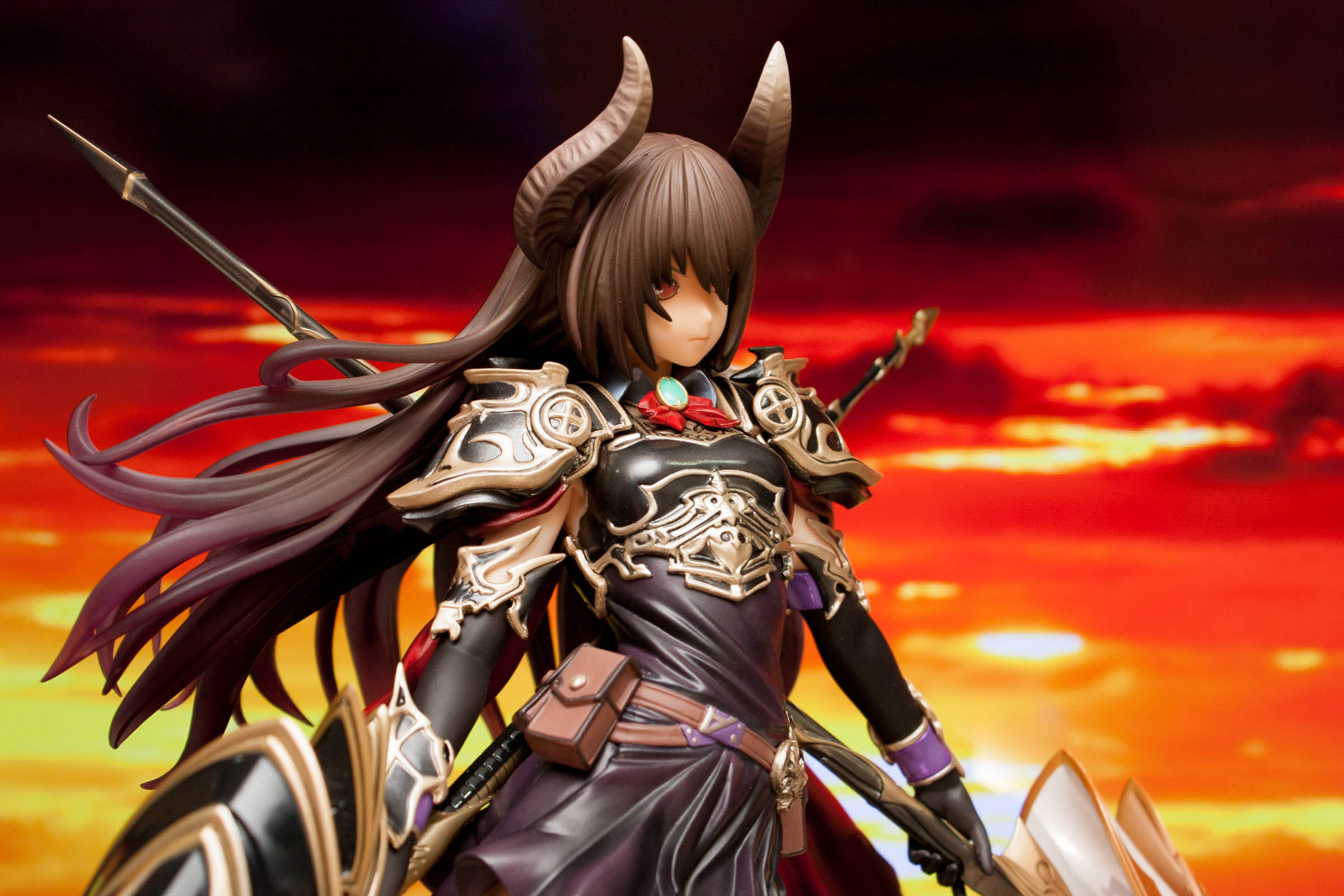 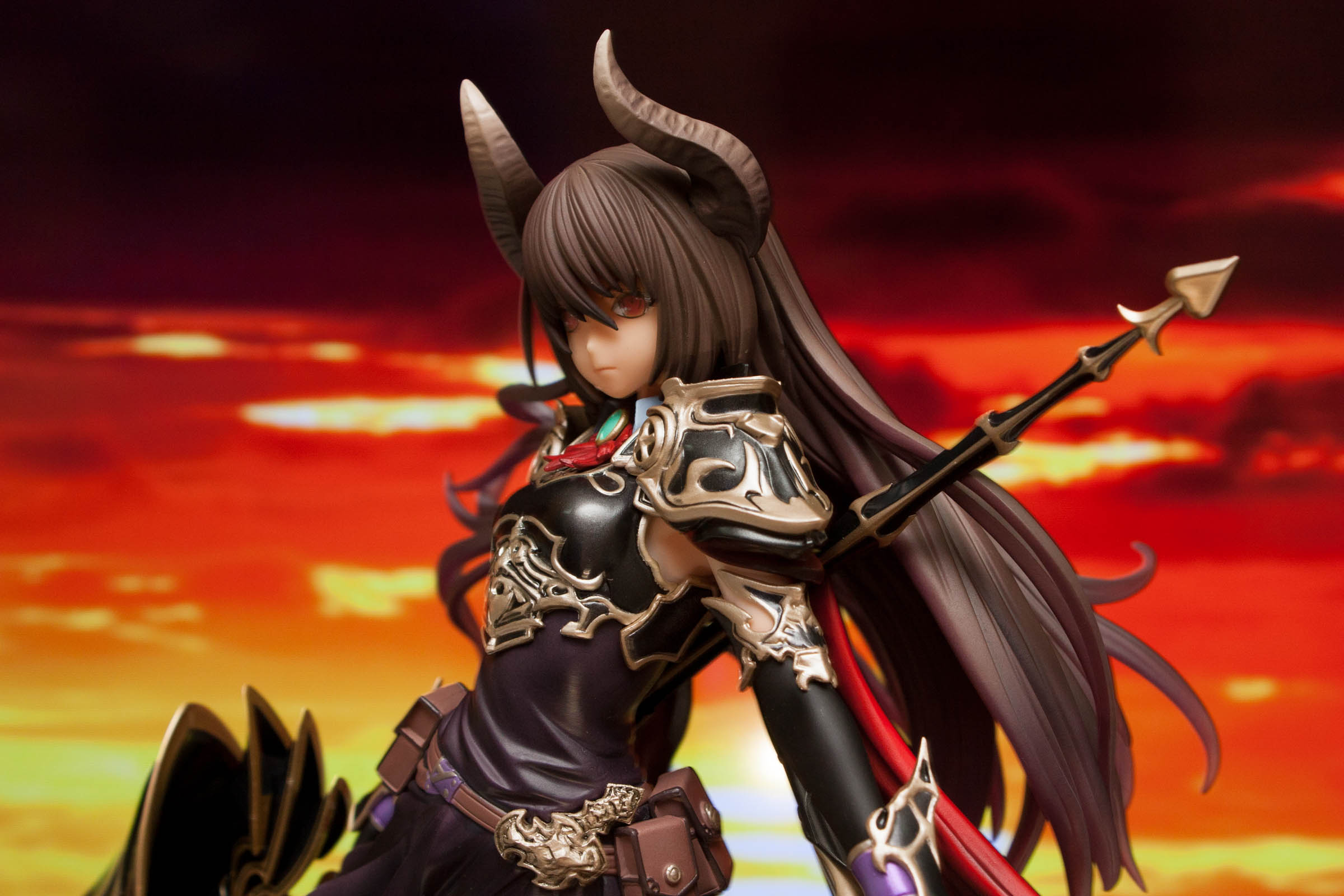 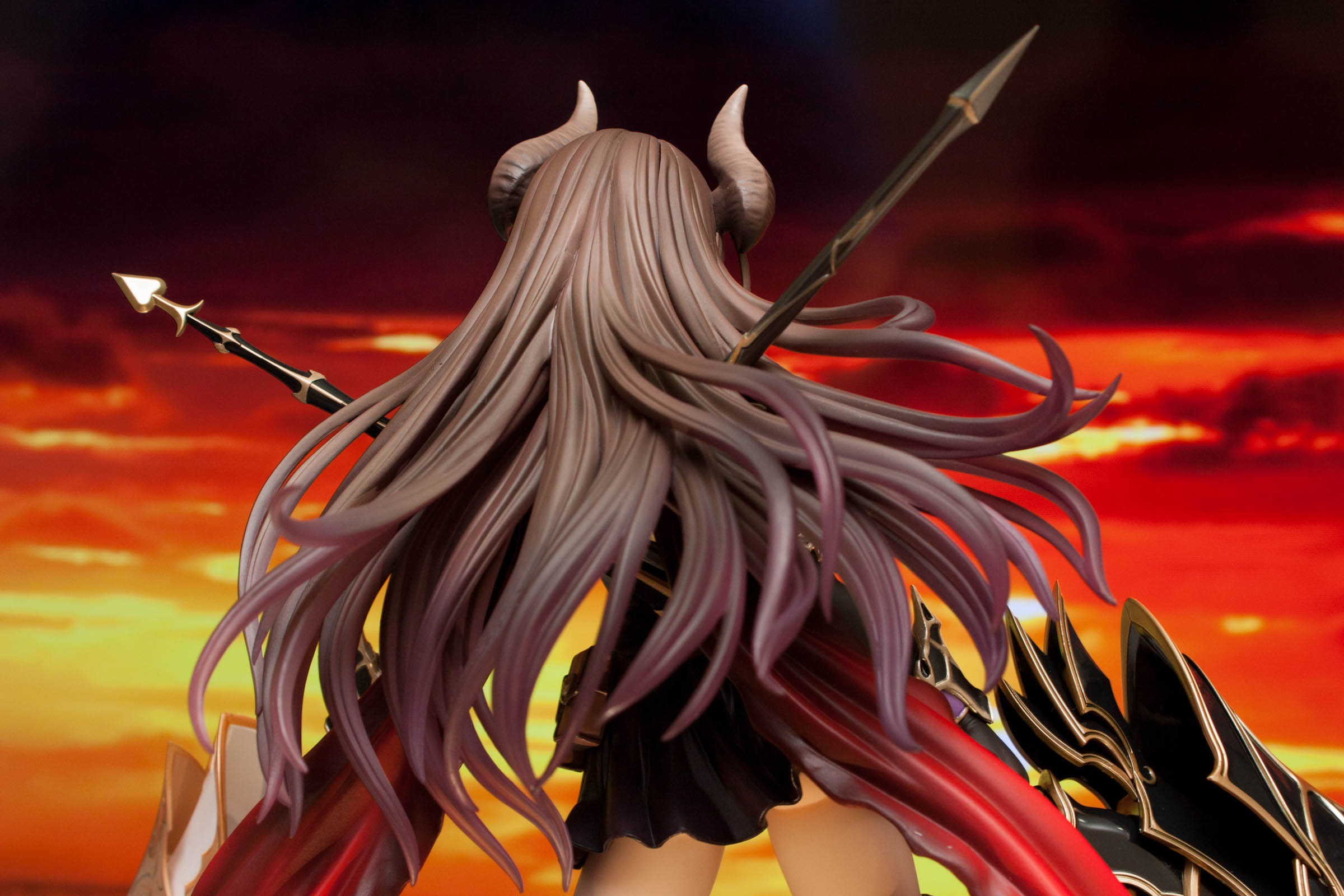 It really seems as if the wind is blowing her hair here. Normally people would put Kotobukiya’s figures below that of Alter or Max Factory but SnB figures are completely in a notch above the usual Koto figs. 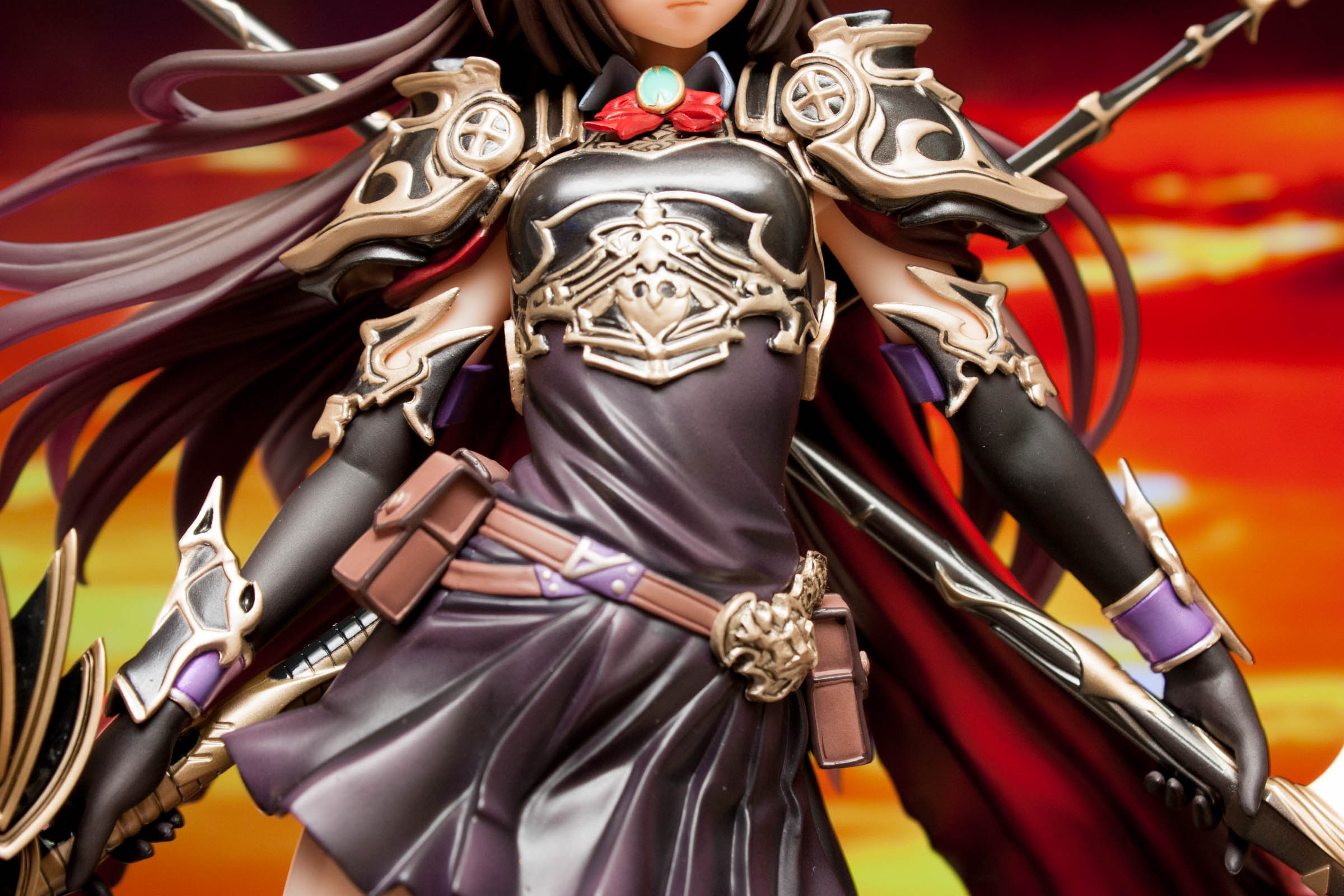 Compared to the Dark General, Forte’s armor is very modest, minimal and still intricate. It might not be a full plate armore, but the chest plate, pauldrons and the like scream the words “hero” or “commander”. Her entire design is based on being a

The folds on her clothes is a design choice as it guides your eyes on her bag and more importantly across her figure even more carefully. I’d like to see Kotobukiya make an unarmored version (the Skyracer version I guess), but that would really depend on how much players support the games she’s in. 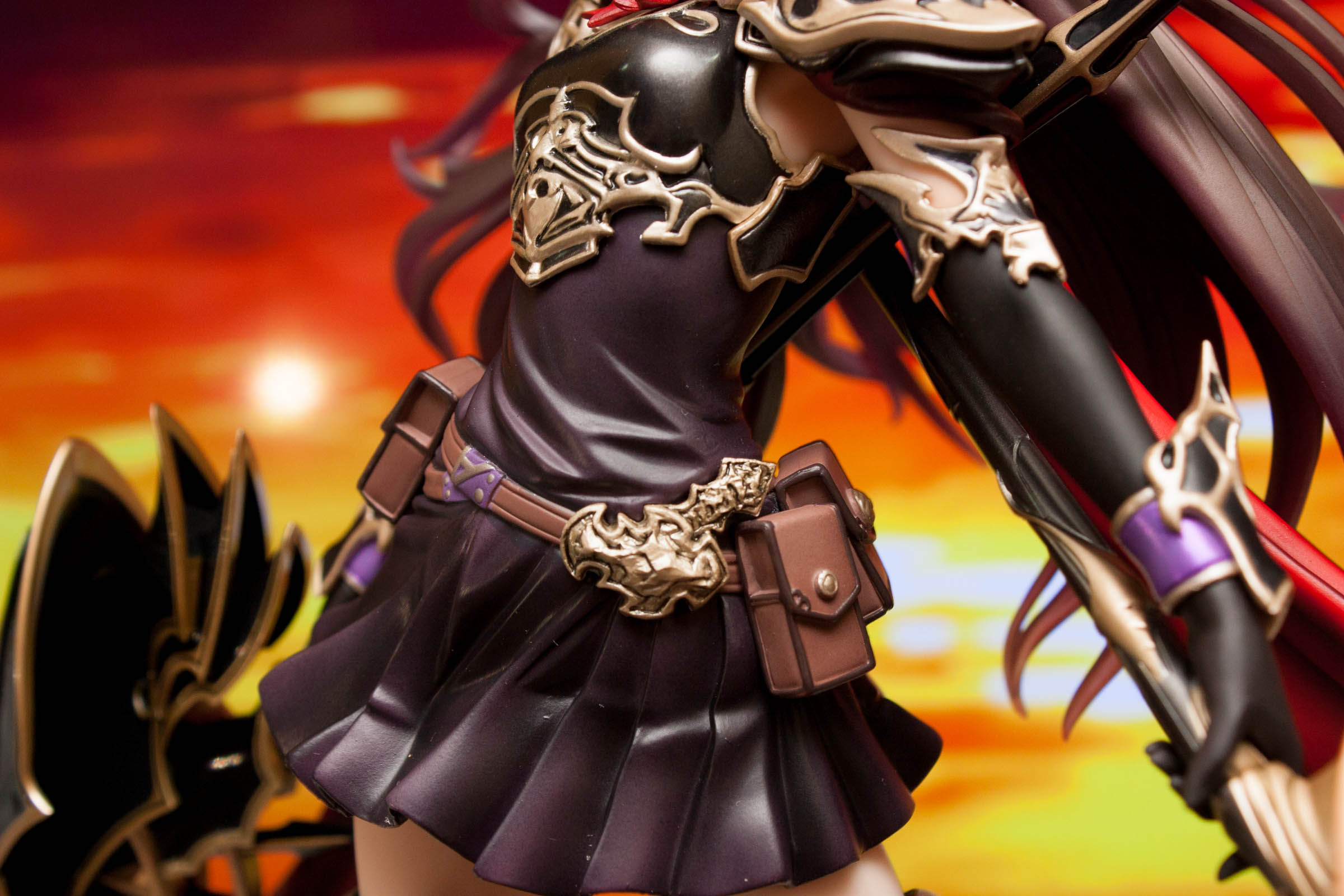 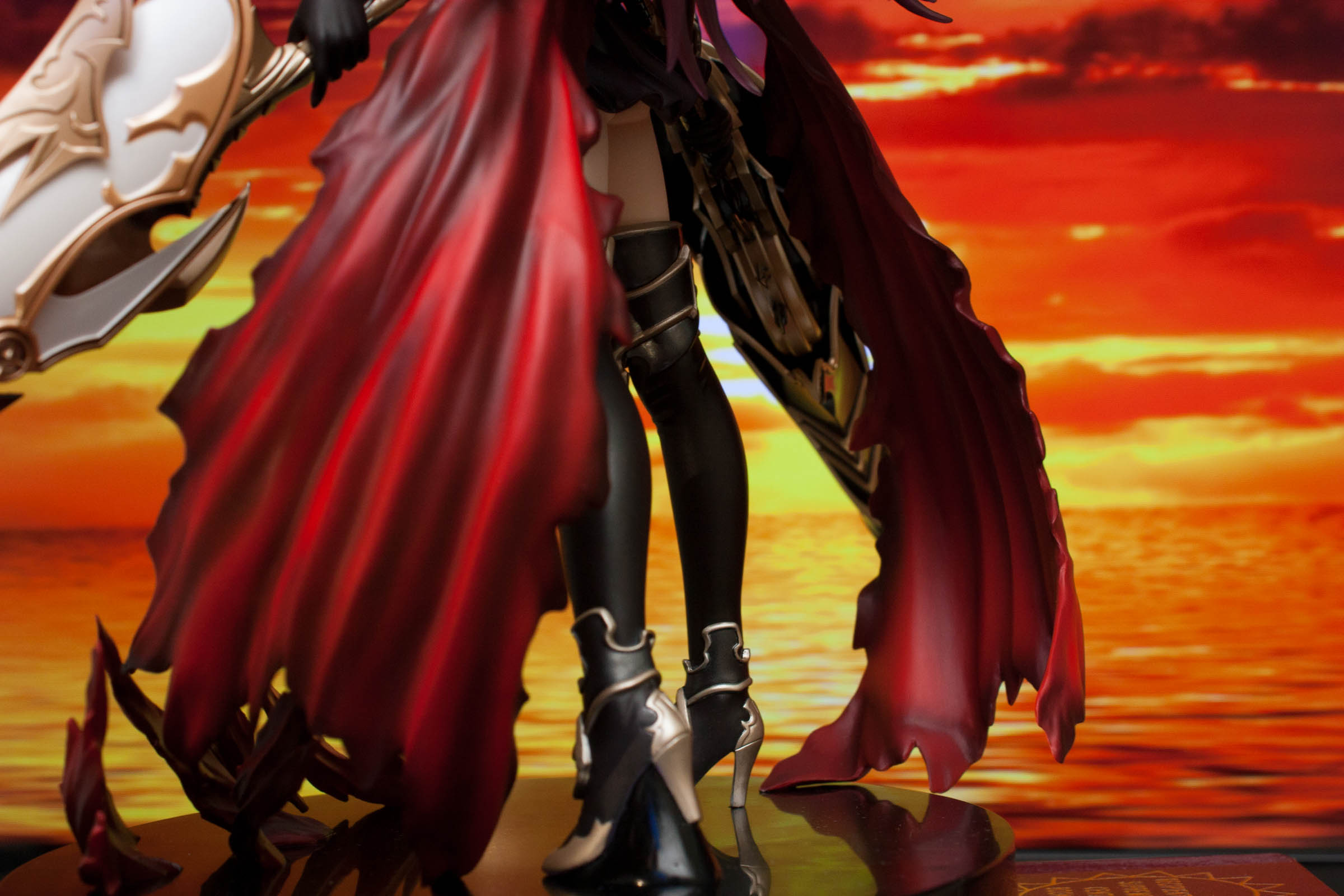 That tattered scarf she has adds more personality to the figure and it gives some contrast with her well polished armor. The scarf, compared to the artbook, looks like a raging flame which makes the entire figure have a lasting impression as well as give people a hint of what Forte’s personality is like. 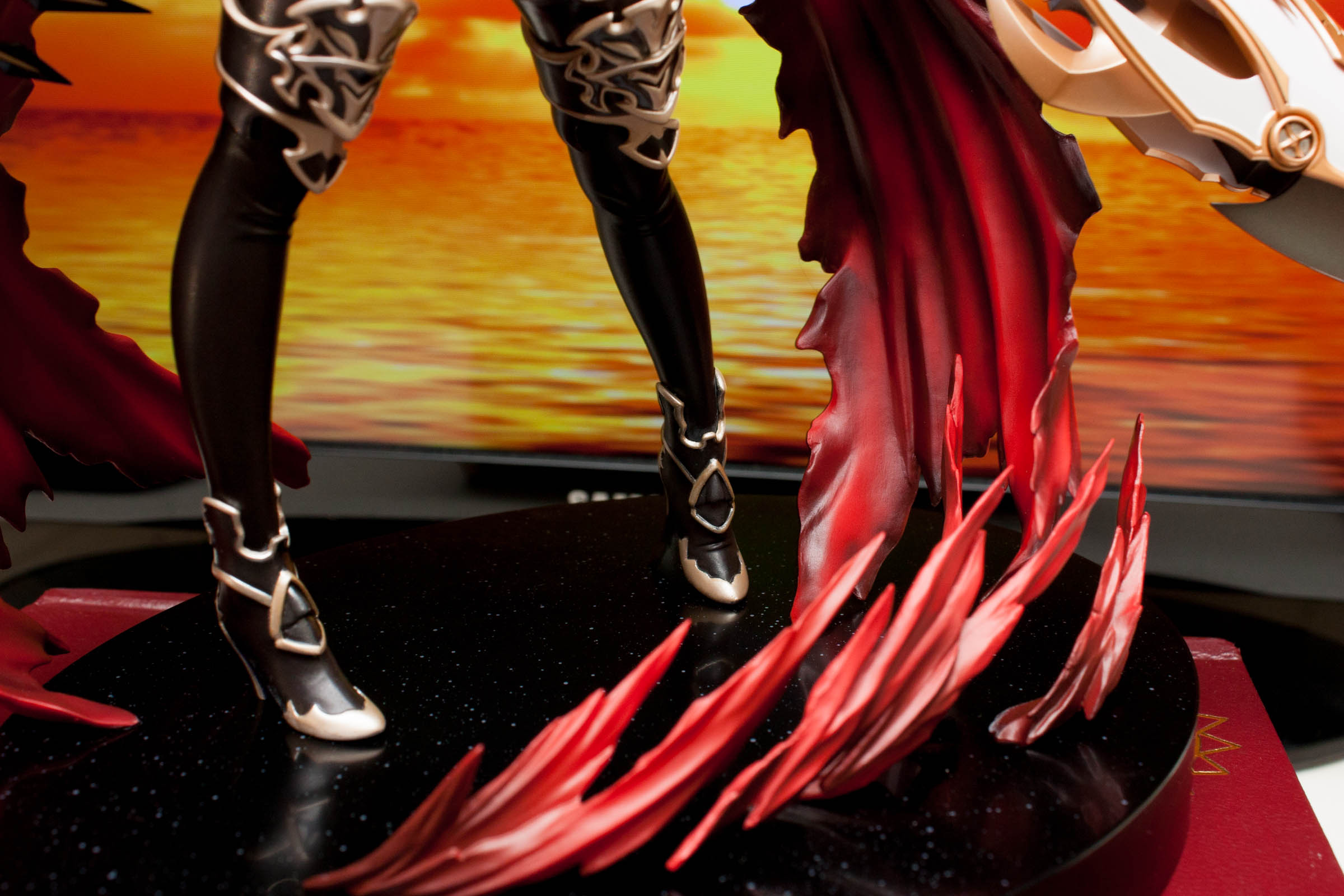 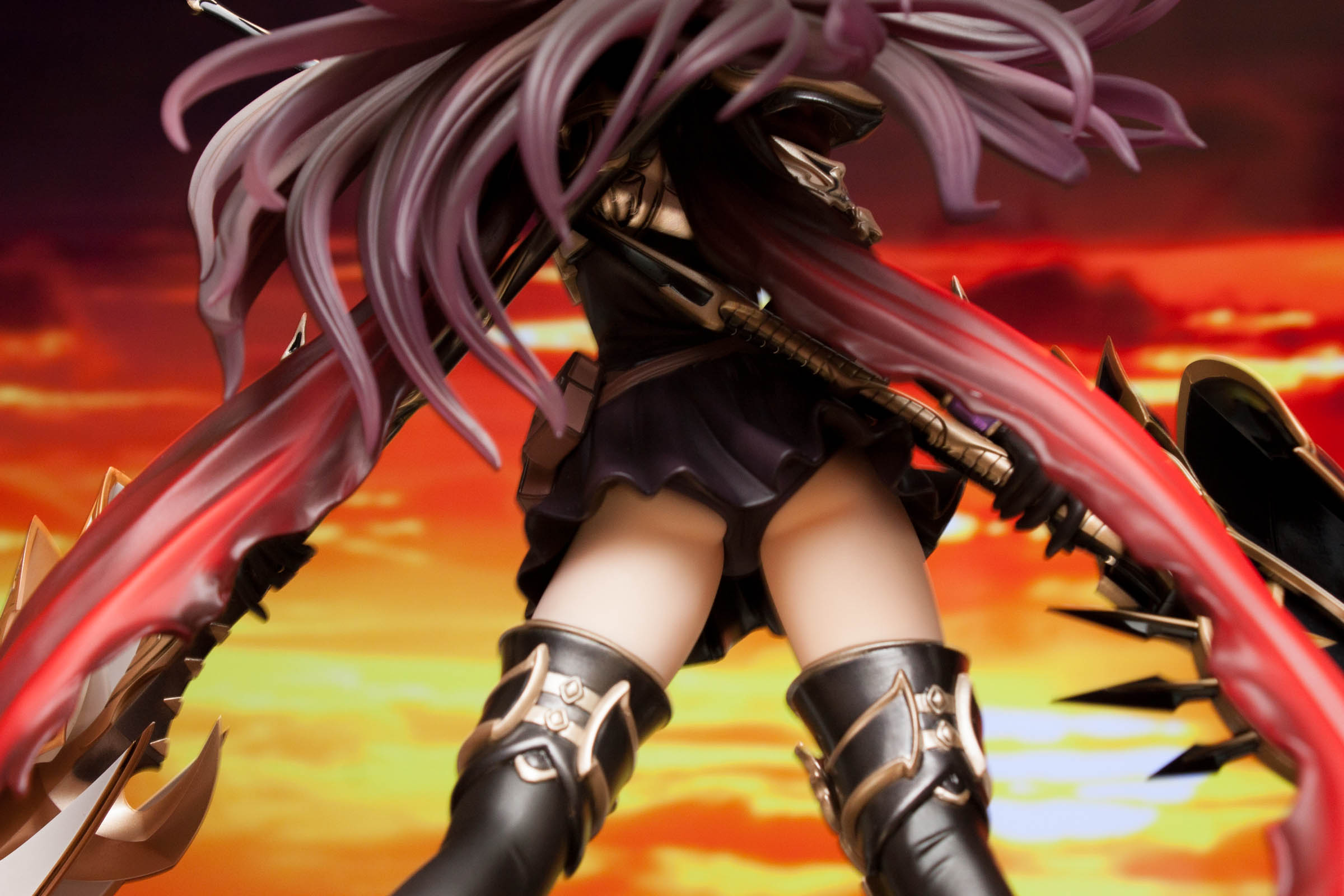 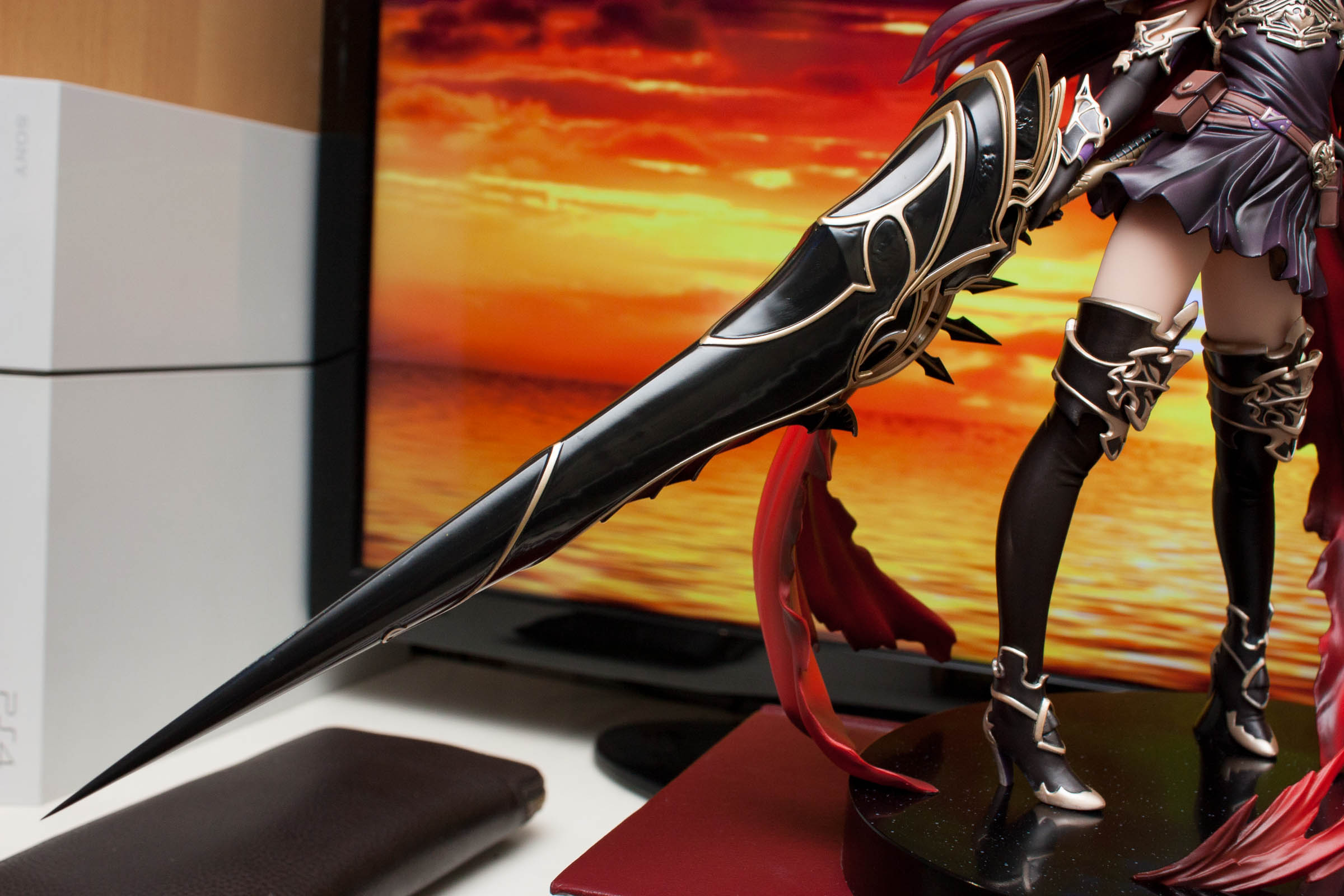 Aside from the figure itself, I believe her two lances are also the figure’s biggest draw. Both lances have been faithfully reproduced in all their glory!

For future buyers (especially since a rerelease was announced during February 2018), the weapons are SHARP. You can pop a balloon or even injure someone with that so better be careful. Also it can scratch/scrape away paint in case it hits an adjacent figure. 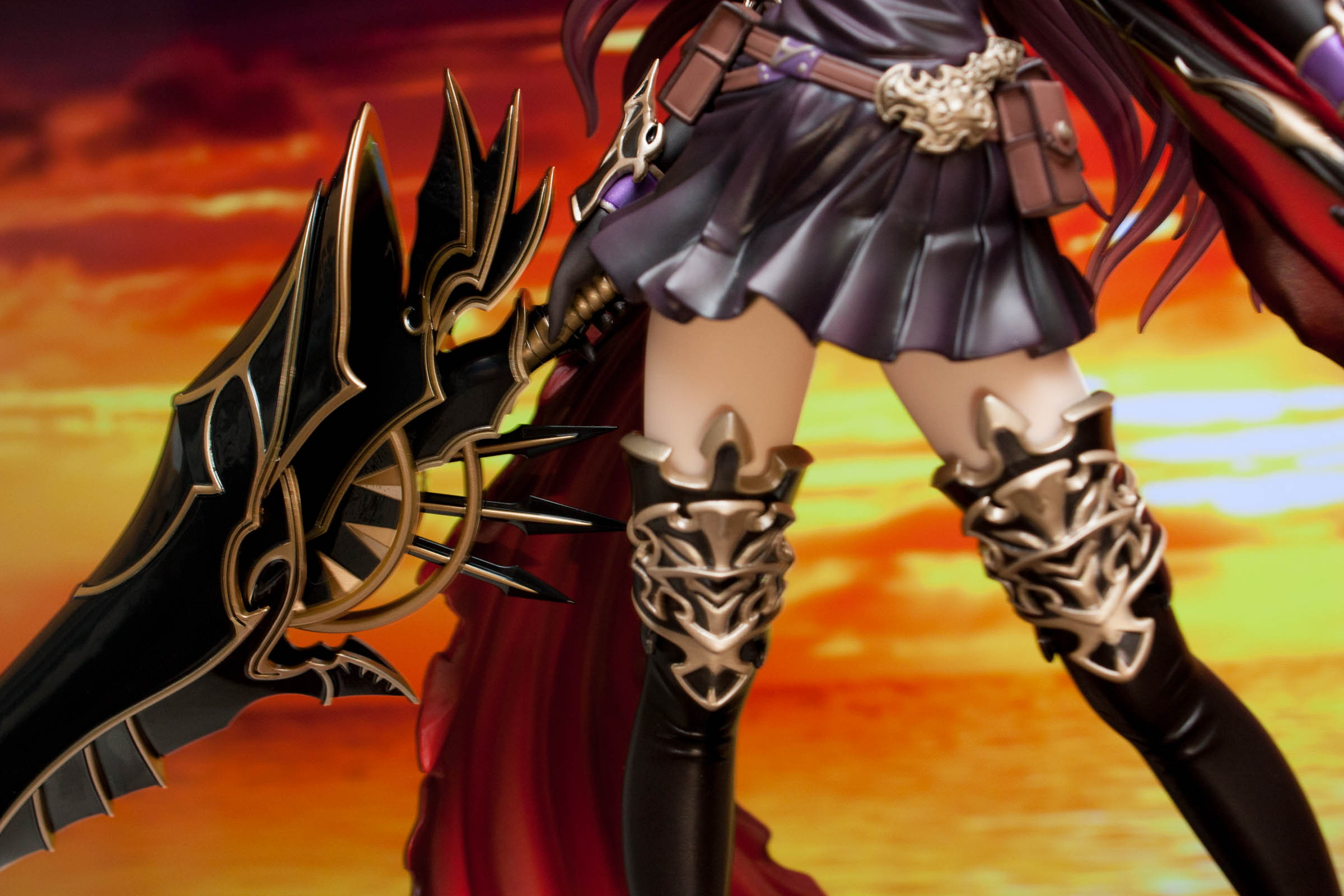 Even the handles have been meticulously made to ensure that it remains consistent with the source material. 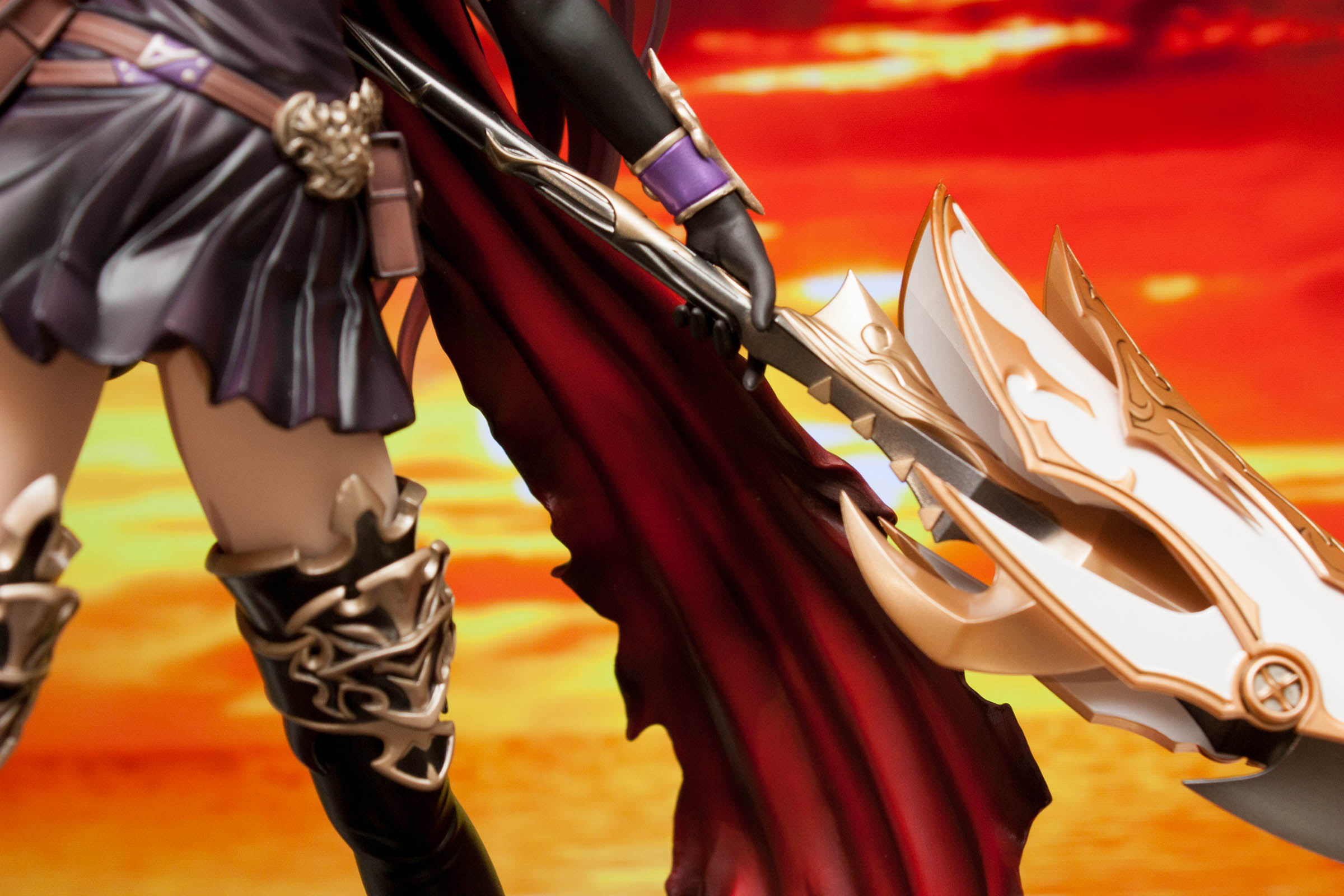 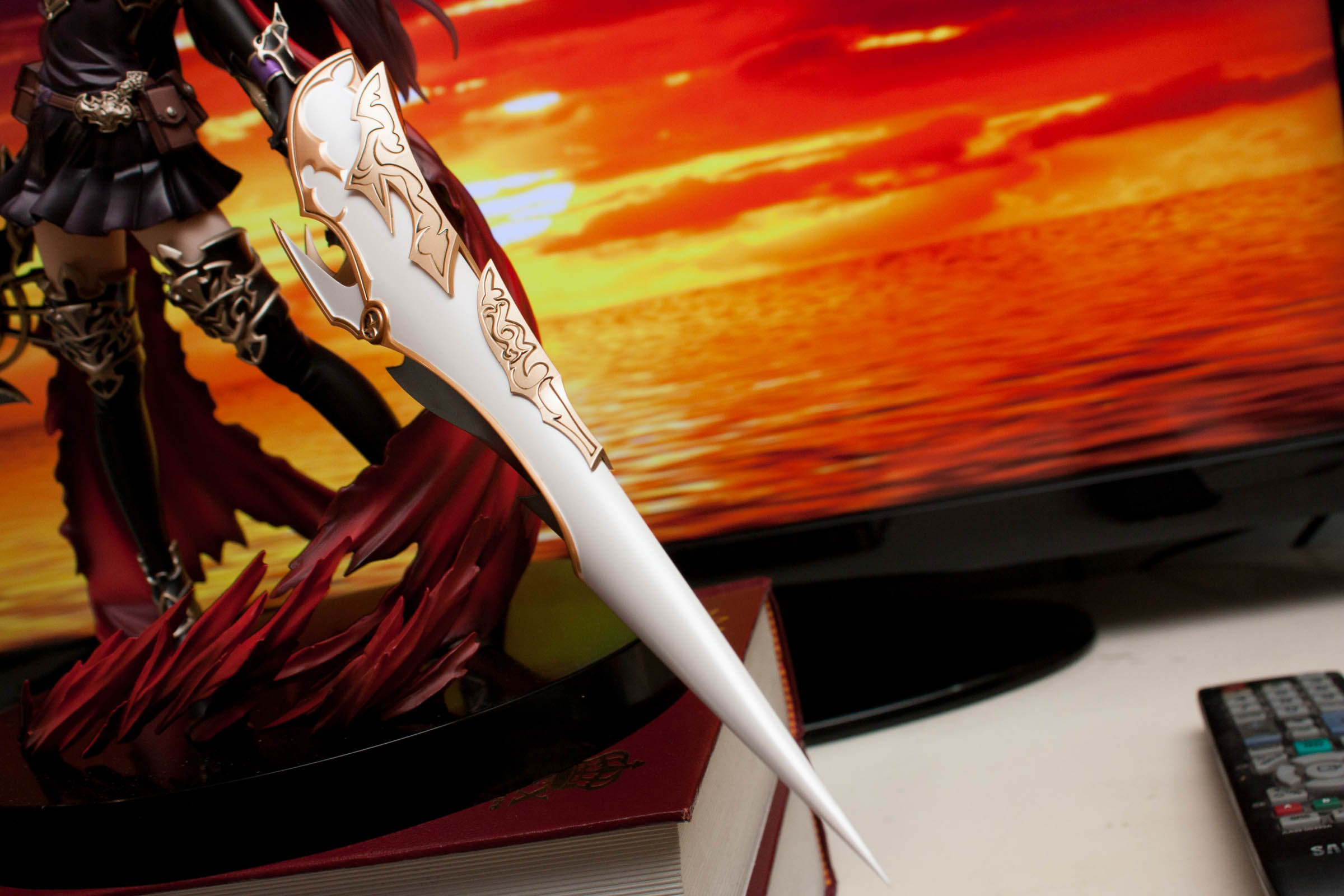 I honestly prefer the design of the white lance more than the black one, how about you guys?

Dark Dragoon Forte by Kotobukiya is already up again for preorders!

Also feel free to check out the Dark Olivia review here and the Dark General as well over here!

Will be leaving some pics behind, including a portrait sized one in case anyone wants to see her full size (without the lances being shown prominently) 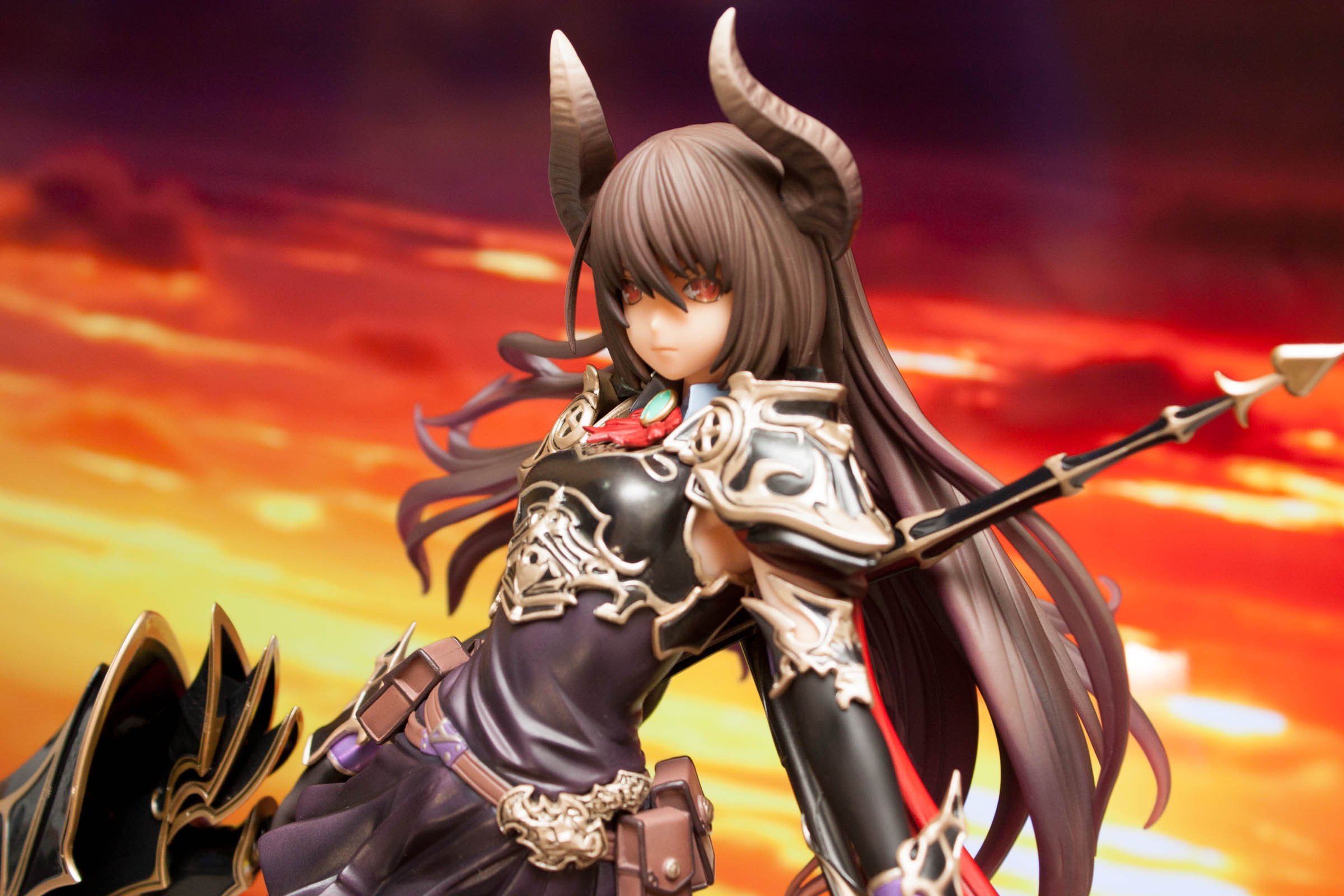 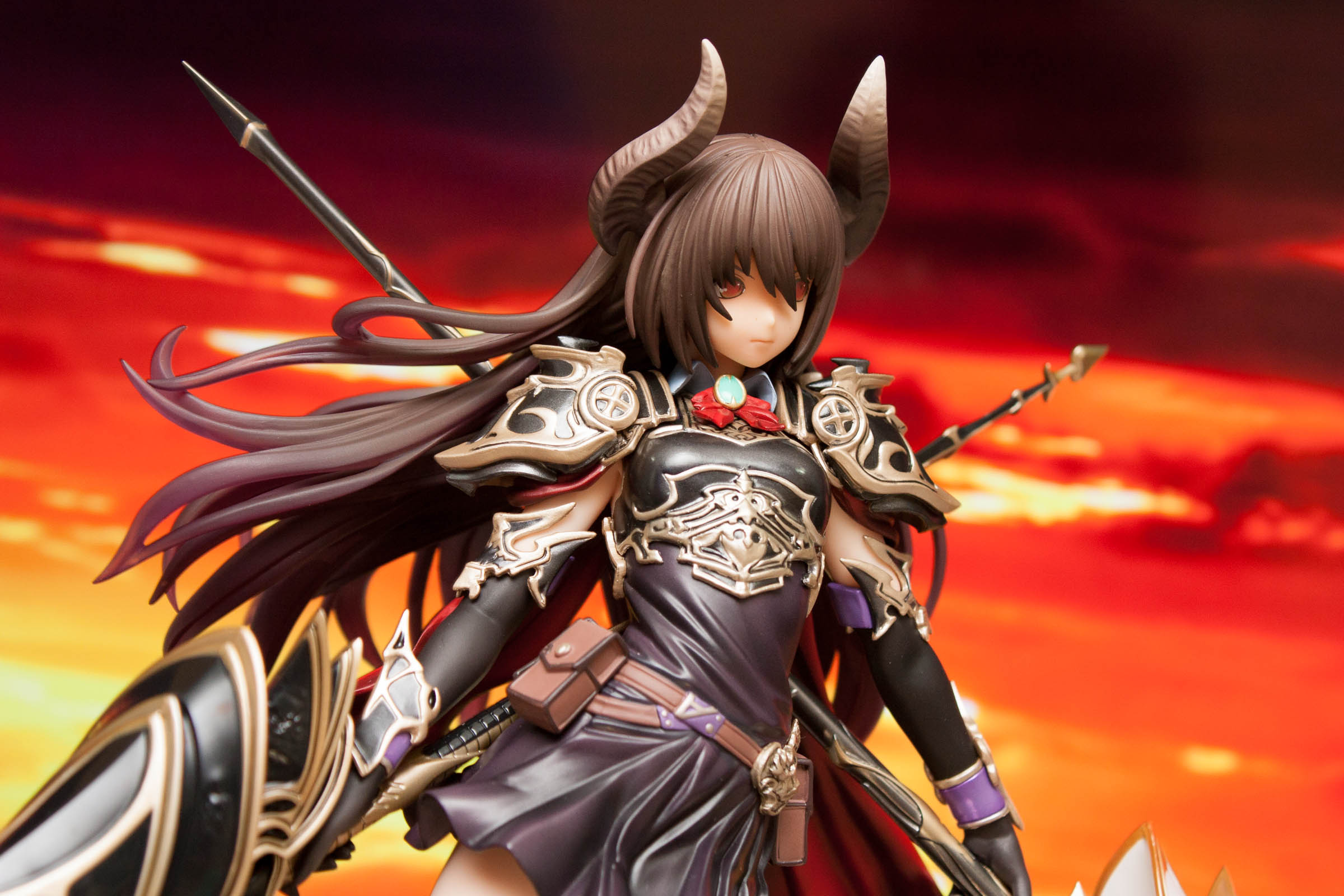 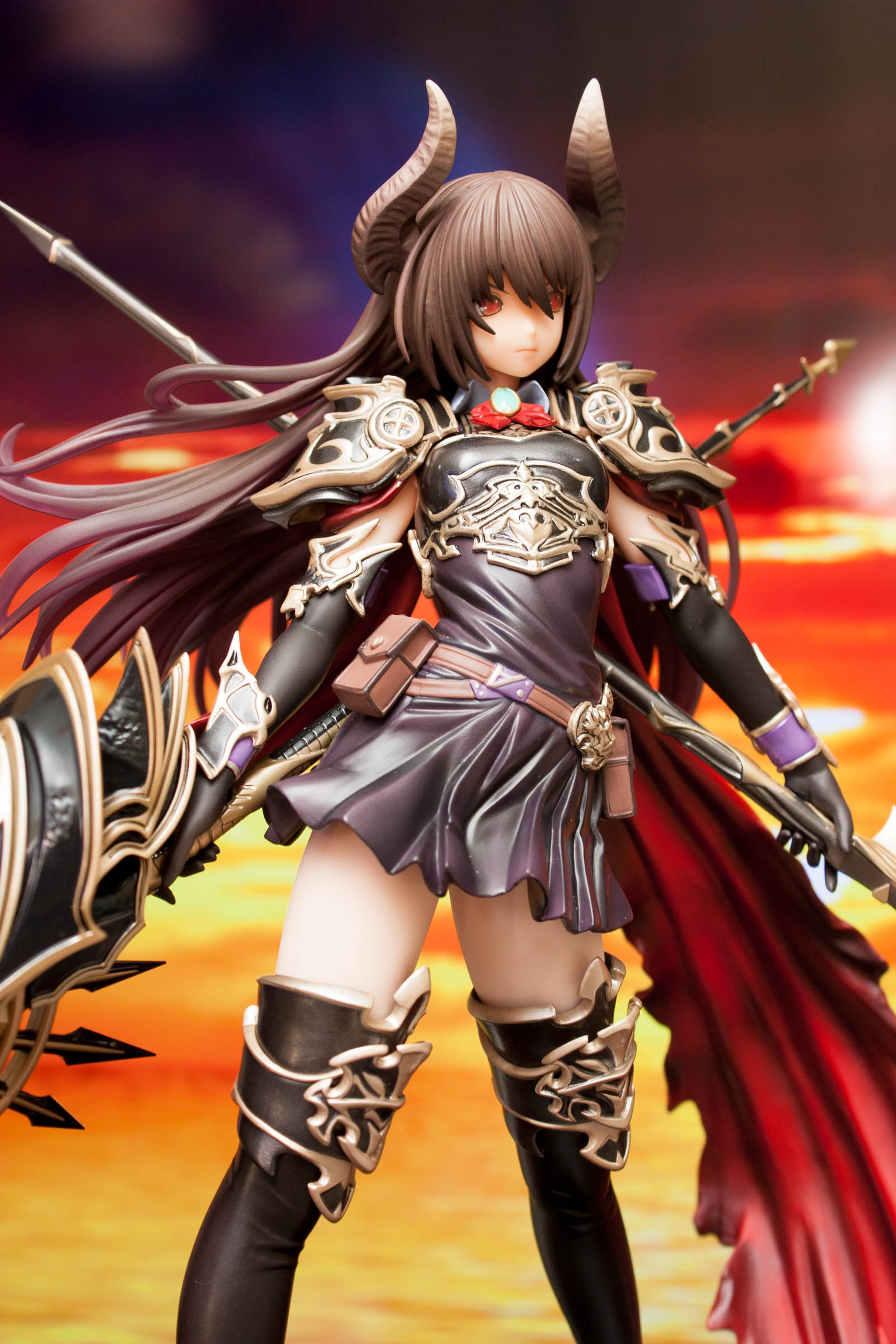 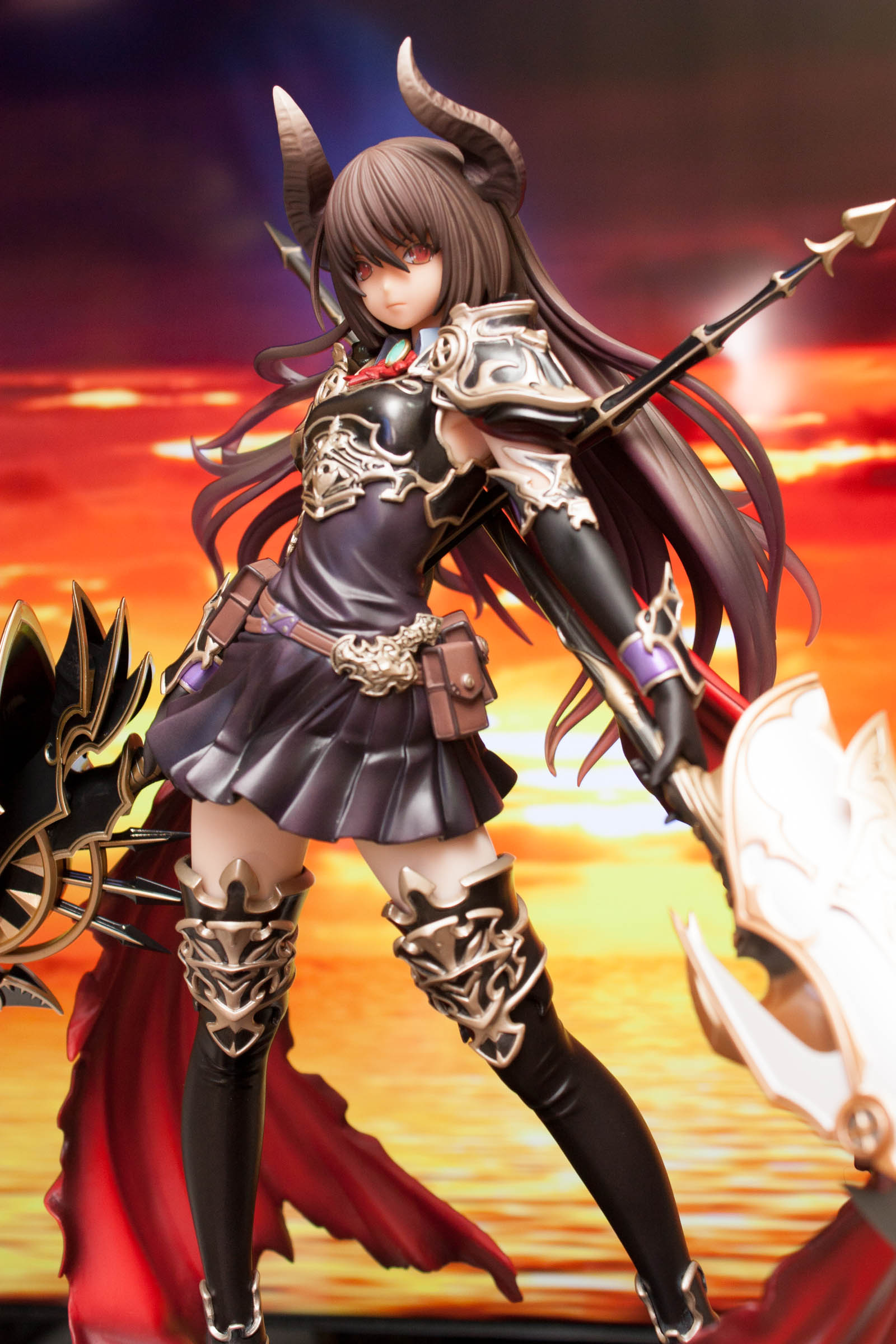