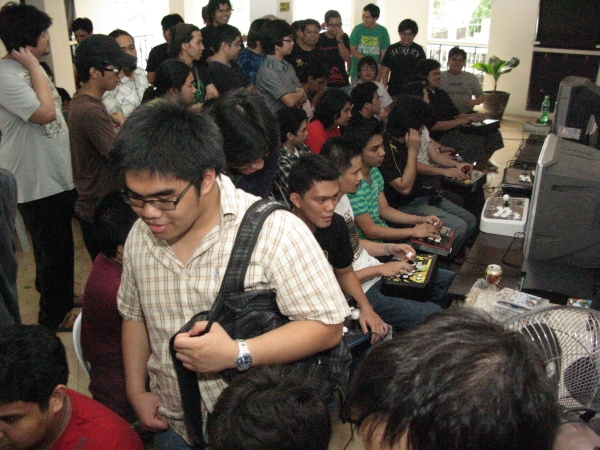 Pinoy2dfighters.com, a website built to promote 2d fighting games here in the Philippines, had its launch and when we mean launch its an entire day filled with gaming from various 2d fighting games. 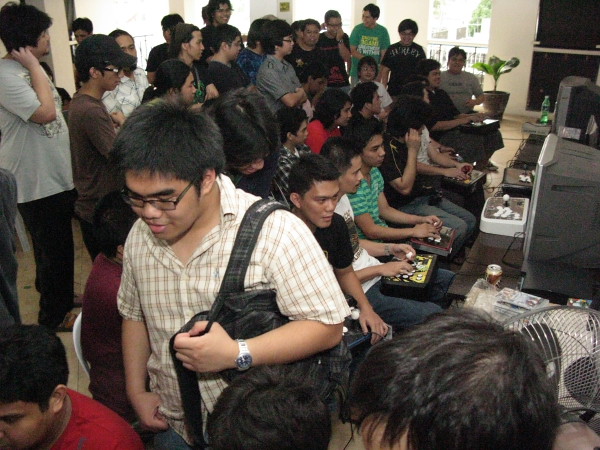 In the Philippines there is a huge division between fighting games. There is the 2d fighting and Tekken. Tekken owns majority of the fighting game market share here in the country, and today is the day when we celebrate the time when life was simple and players can have characters jump in on opponents. 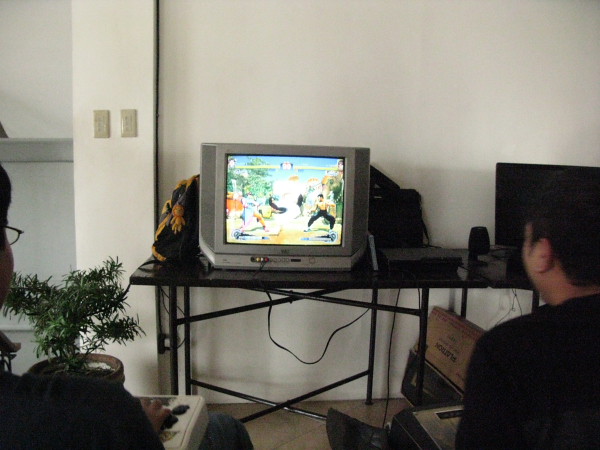 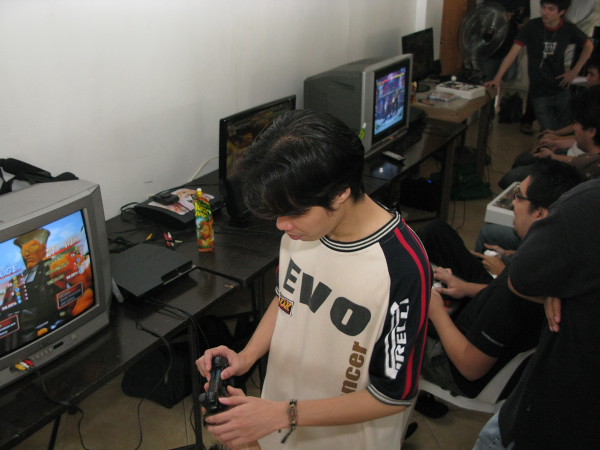 Super Street Fighter 4 was on the limelight for this event. I really should get a RAW editor for some of the pics. The G9 isn’t cutting it in the editing department and my 450D’s 18-55mm lens’ AF function isn’t working. Any suggestions how to fix the AF? 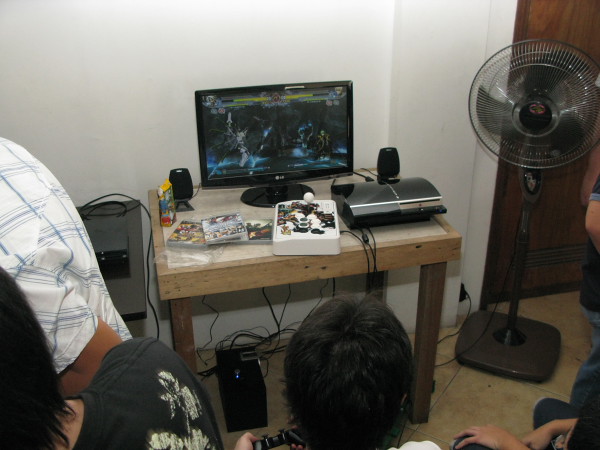 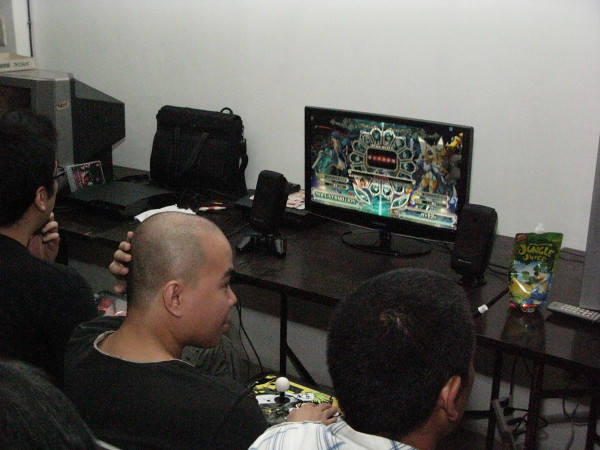 Blazblue: Continuum Shift was the second game featured in the event. 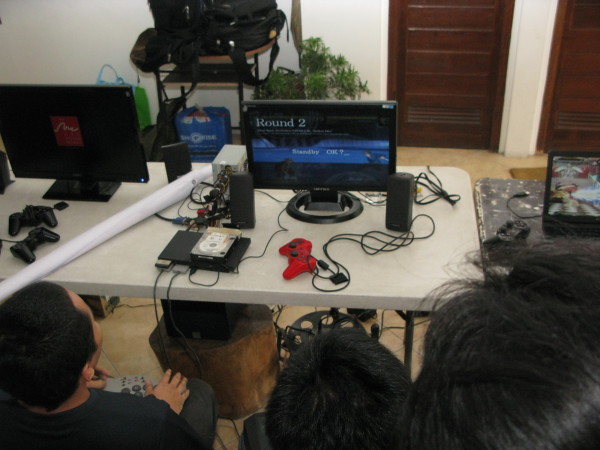 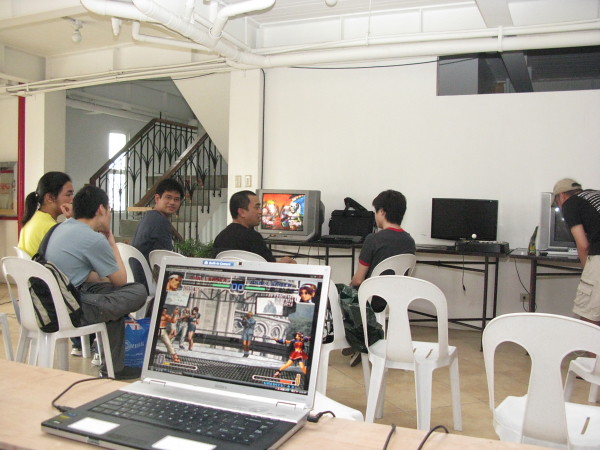 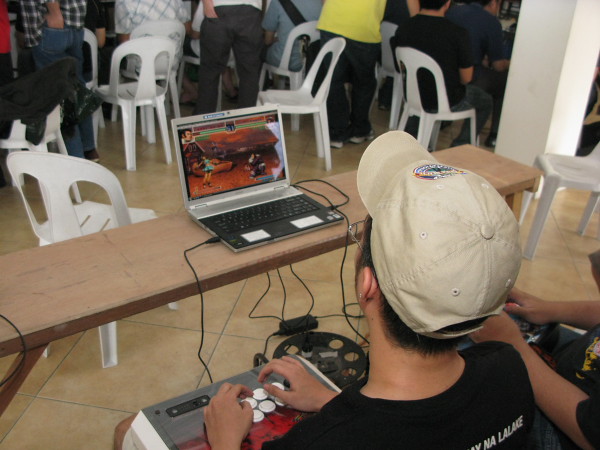 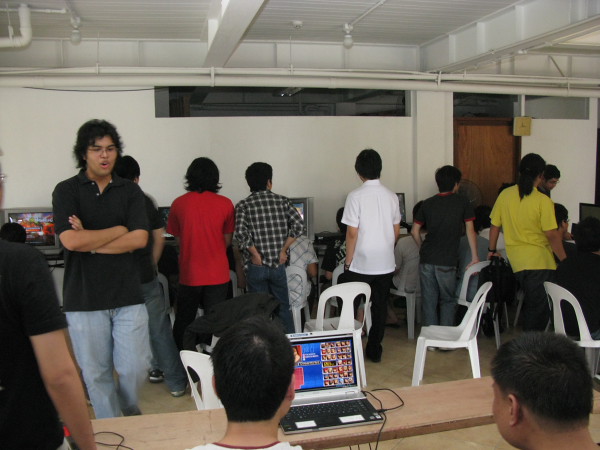 The curly haired man over standing over there is Iggy, the owner of the place. 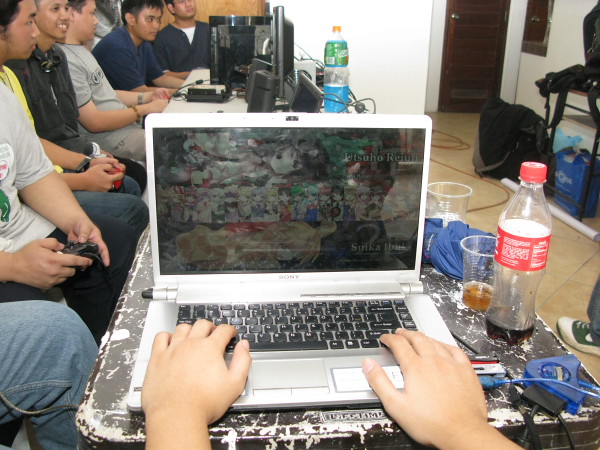 Touhou Hisotensoku wasn’t excluded from the festivities, even some really really obscure games like Hokuto no Ken got their chance to shince and Bloody Roar 3, an old 3d fighting game, was played as well. Arcana Hearts 2 was also being played, but I was too busy playing myself to take pictures of them ^^ 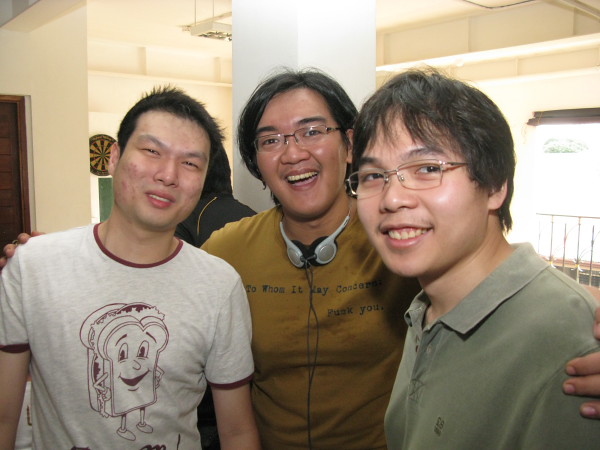 Siopao, one of the heads of pinoy2dfighters poses with Ted and Joseph. 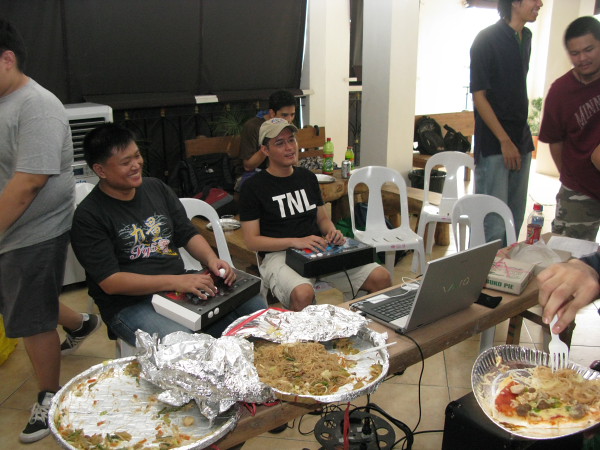 The day was complimented by some pancit canton because that day also was the birthday of one of the pinoy2dfighter’s members. 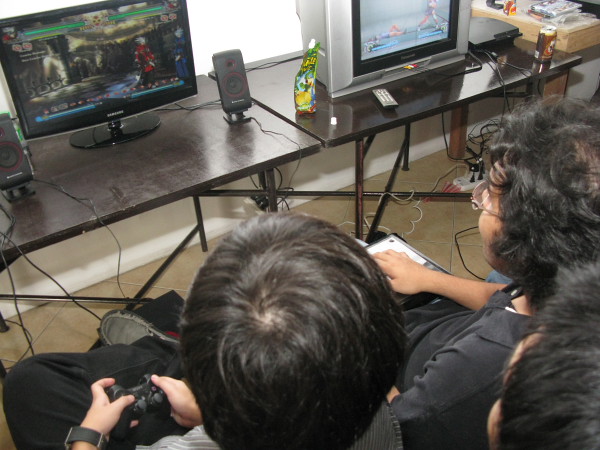 One of the day’s features from the Blazblue community was teaching people how to play the characters that they’ve wanted to play. Here we have Gelo teaching Iggy how to use Ragna the Bloodedge. 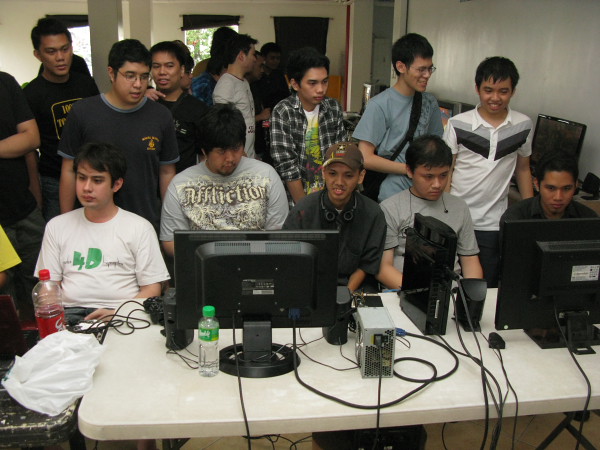 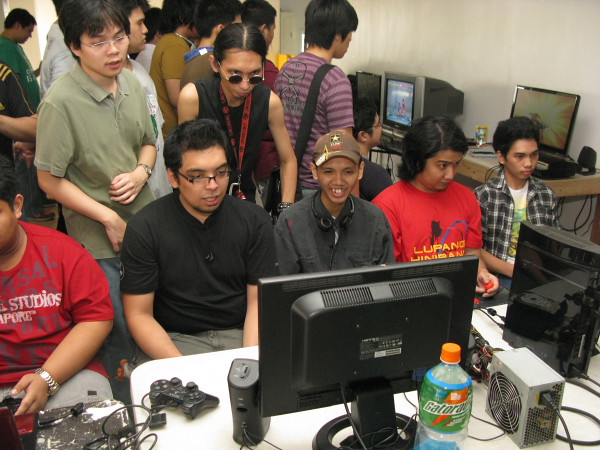 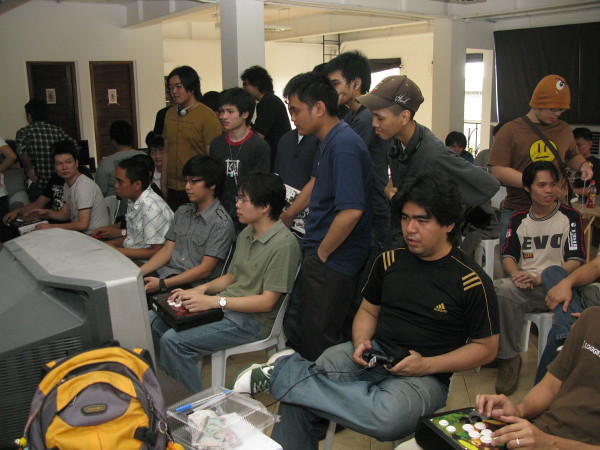 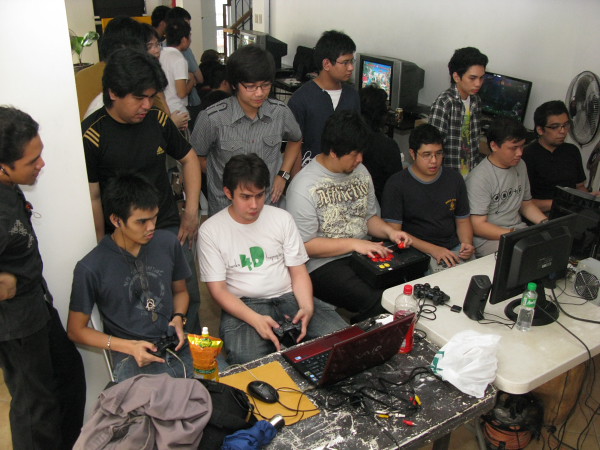 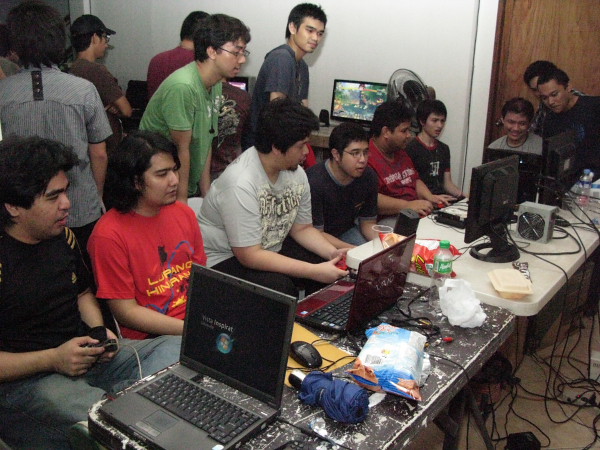 Around 50-60 people were registered for the event and a good number were able to play some excellent games with lots of people. 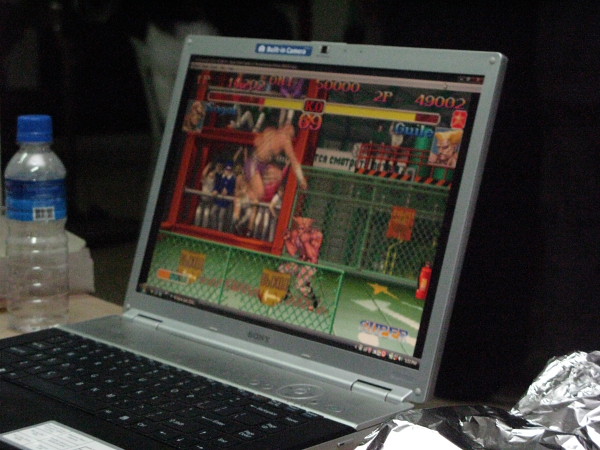 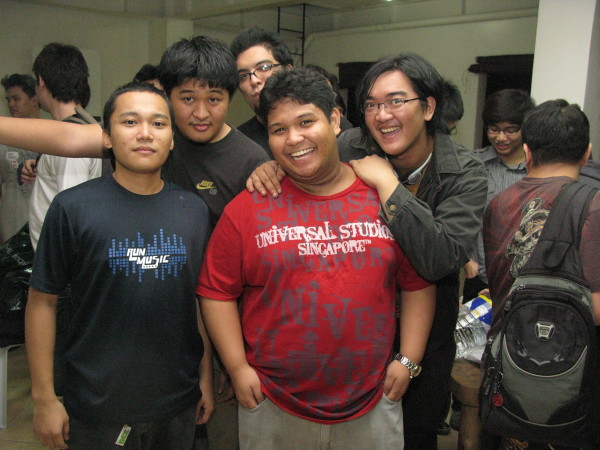 Nicole Escutin, best Bang player in the Philippines, was also able to join the festivities. Thanks for coming man! 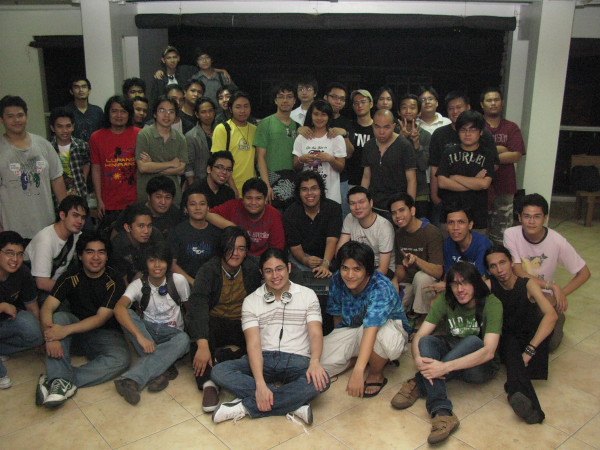 Group picture of almost everyone. A good number left before the sun went down. I didn’t upload everything because some of the pictures aren’t work safe and people from the HR nowadays check people’s facebook accounts, so I didn’t even bother uploading over at facebook anymore.