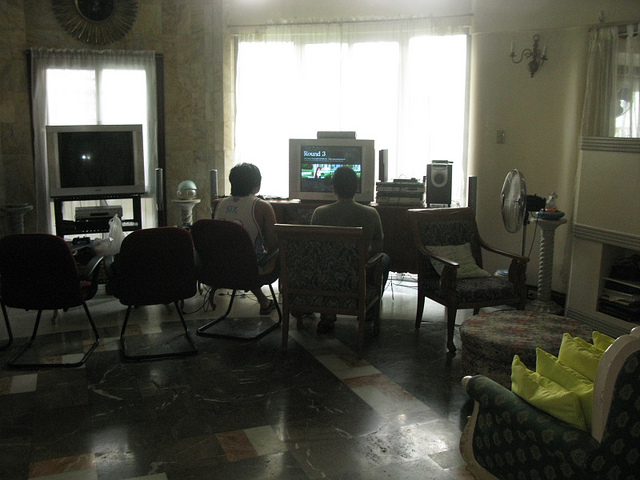 I know this is long overdue but I just have to say that we had another huge event for the Blazblue community in the Metro Manila region last October 25, 2010. This time we decided to have the very first Blazblue Ranking Battle or “RanBats” for short to rank ourselves in the community.

First scene I saw when I came to help in the set up and I found Q and Ted practicing already, talk about dedication. 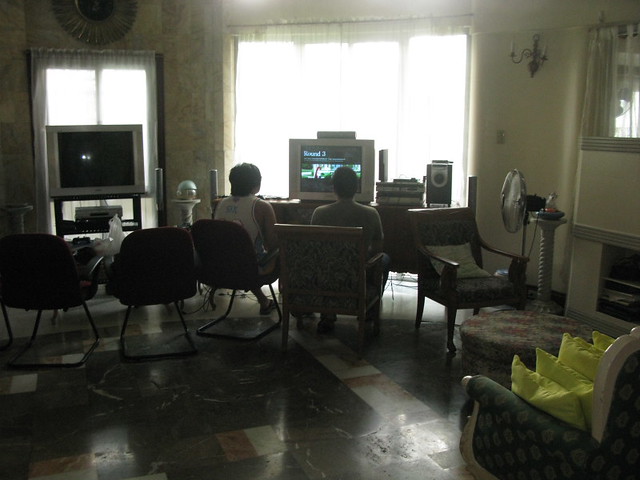 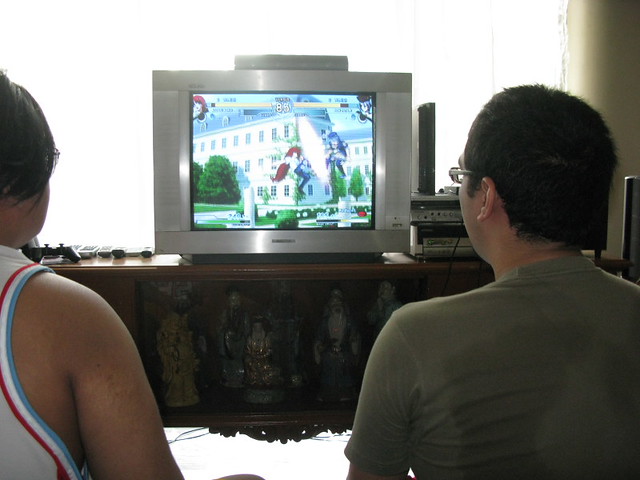 People started to come in as early as 11am, and we were still playing Melty Blood even if the event was a Blazblue centered event. Melty Blood might still have a following which may warrant casuals or even a tournament someday. 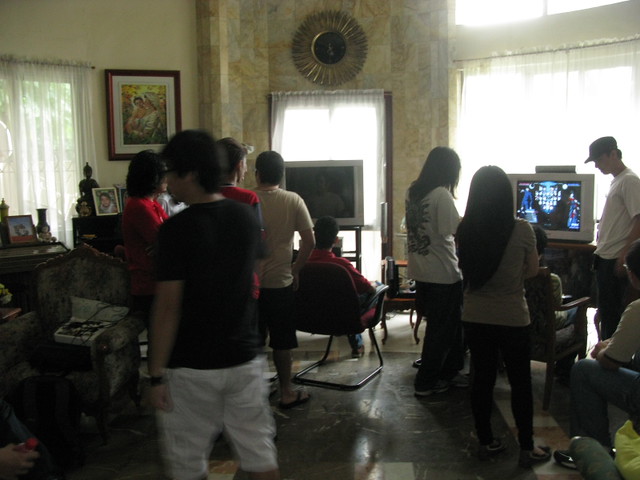 Some of the veterans in the Blazblue community that I’ve befriended over the few weeks that followed. 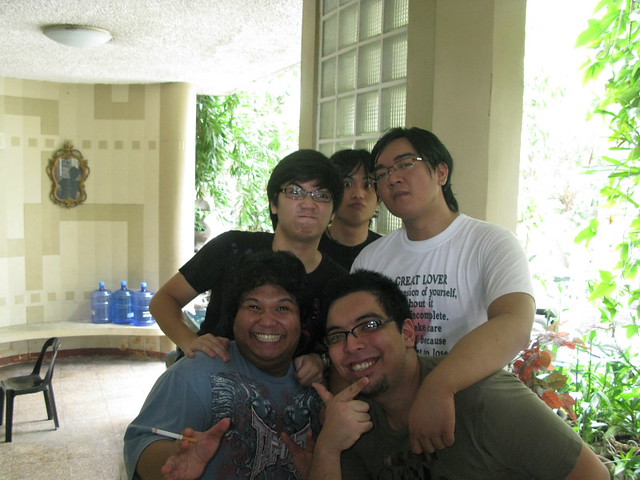 And here are some of the DLSU people who play a lot of other fighting games much like us. 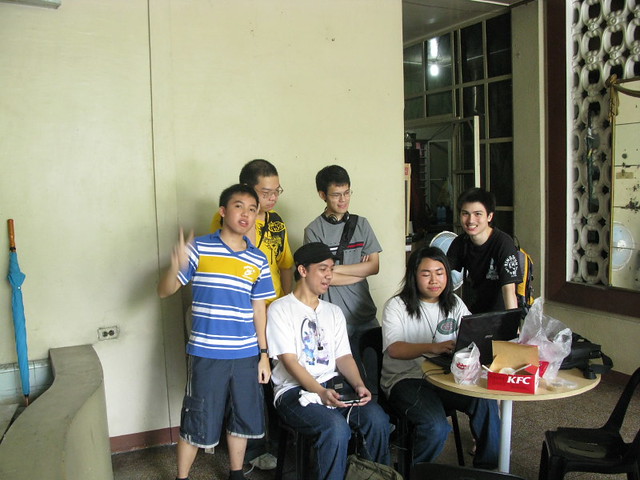 Overexposed picture is overexposed. Matt, the guy right beside me, is in charge of taking money from the participants. I’m the one in charge of collecting their names and characters as well. 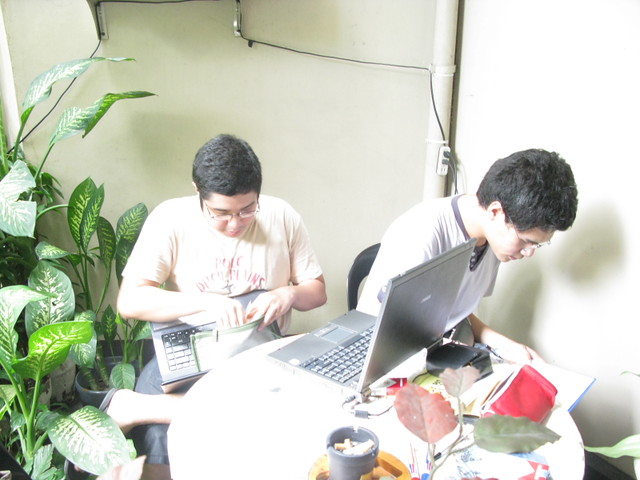 The cat almost registered, but he backed out because he only knew how to use Jubei, who is a character present only in the story. But who knows, he might be playable someday like the much awaited Platinum the Trinity. 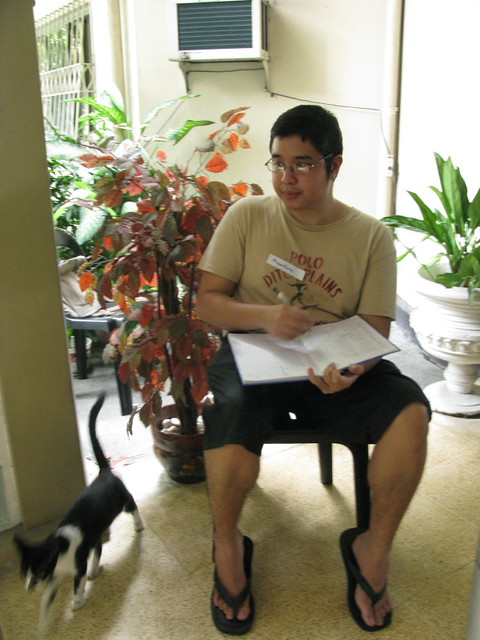 Had a group picture in the afternoon. I was obviously taking pictures and looked too haggard to be part of the photo. Me and Dix were running around the grocery for food before the actual event started. 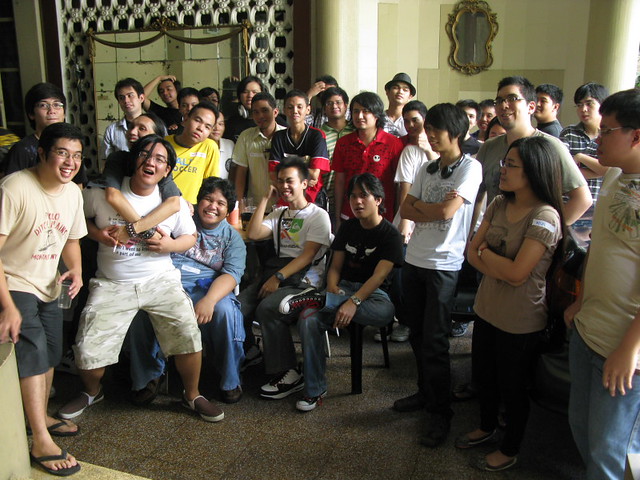 This is Ted, the host of our RanBats, giving some opening remarks and some house rules… Wait, are those dango-flavored cigarettes? (Dangboro) 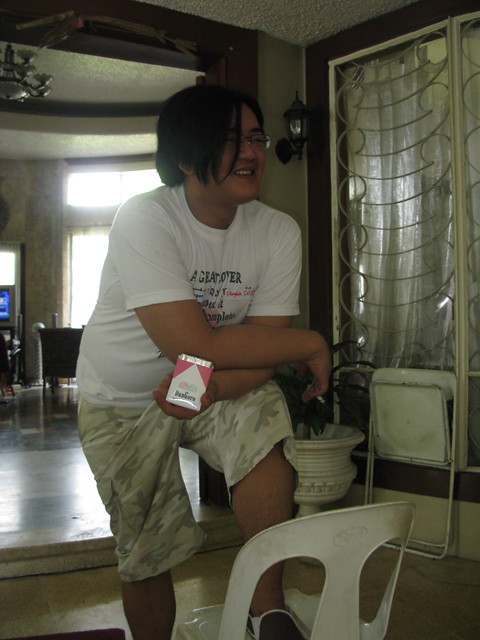 And its game on! Luckily we weren’t short in people who volunteered as marshals on that day, and everyone adhered to the rules, especially the tiring “check button layout then 10 second test match”. But it had to be done. 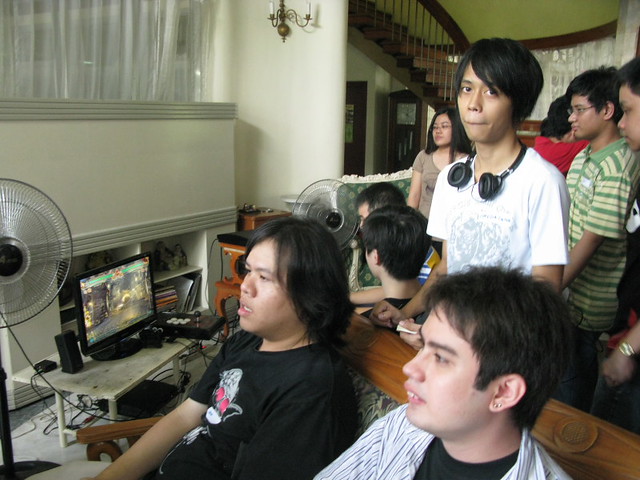 Dix, Matt and Allan were in charge of the bracketing system and making sure everyone went to their rightful matches. 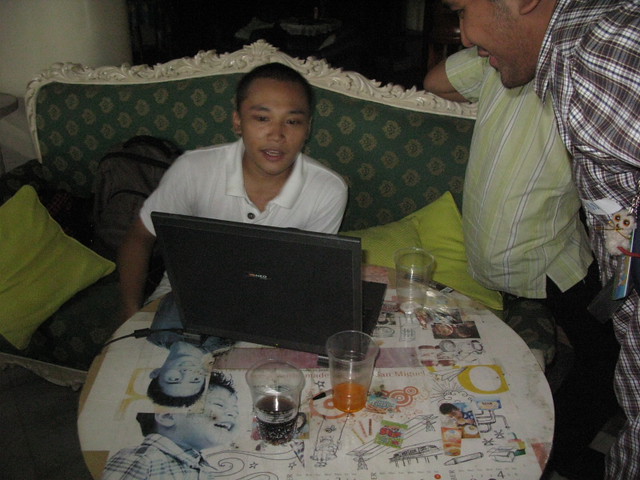 Event lasted till the sun went down, everyone was tired and had fun. Hopefully everyone met a new friend which in my opinion is just as important as scoring a high ranking in the tournament. 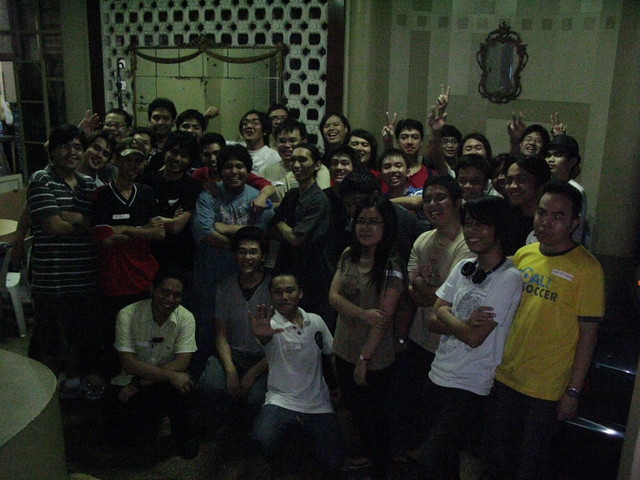 I got a 1 win, 2 loss record for that day. Won the first set against Ghostwail’s Jin Kisaragi and then lost to Rai’s obscenely strong Bang Shishigami, who also got first place again. Ultimately I was eliminated by Mhuu’s Carl Clover, and so far I haven’t fought a Carl as strong as Mhuu’s. The guy surprisingly uses a pad, which makes one wonder how his Carl would move if he used a stick instead. Finished at 17th place out of 32.