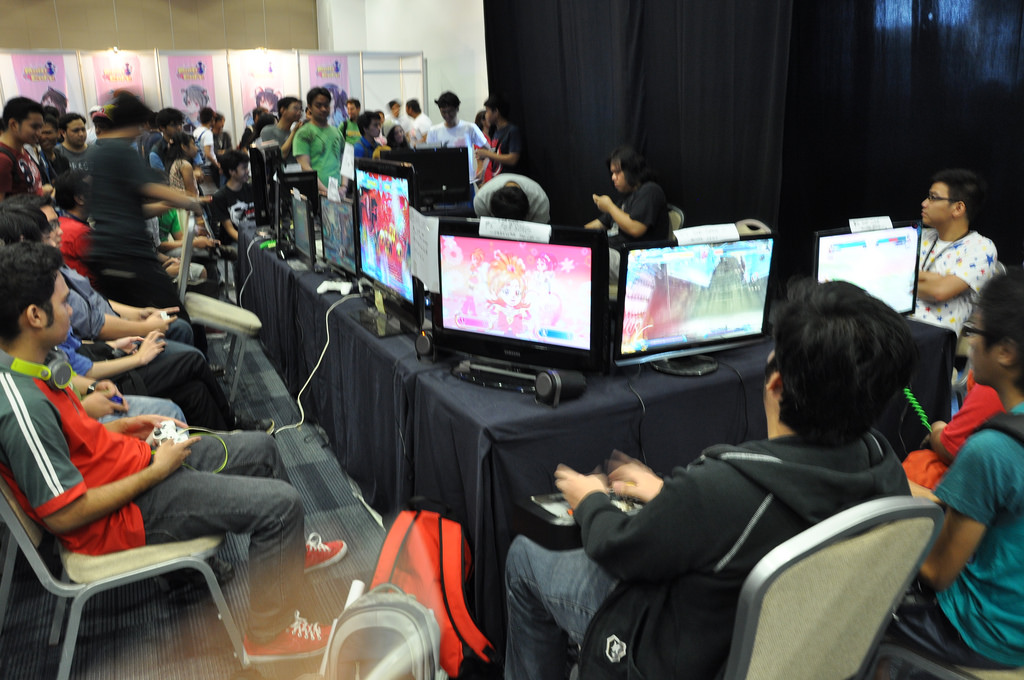 This entry is pretty much late since Ozinefest 2014 happened last April 25-27, but life and other duties got the best of me. That and I had to finish my review of Dark General ^^ 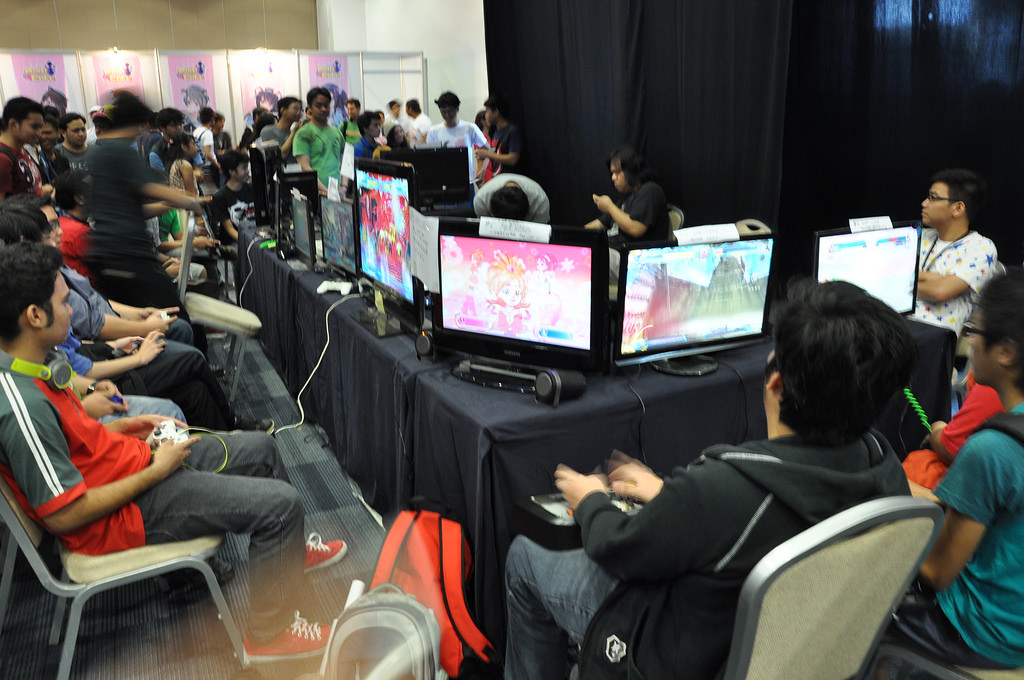 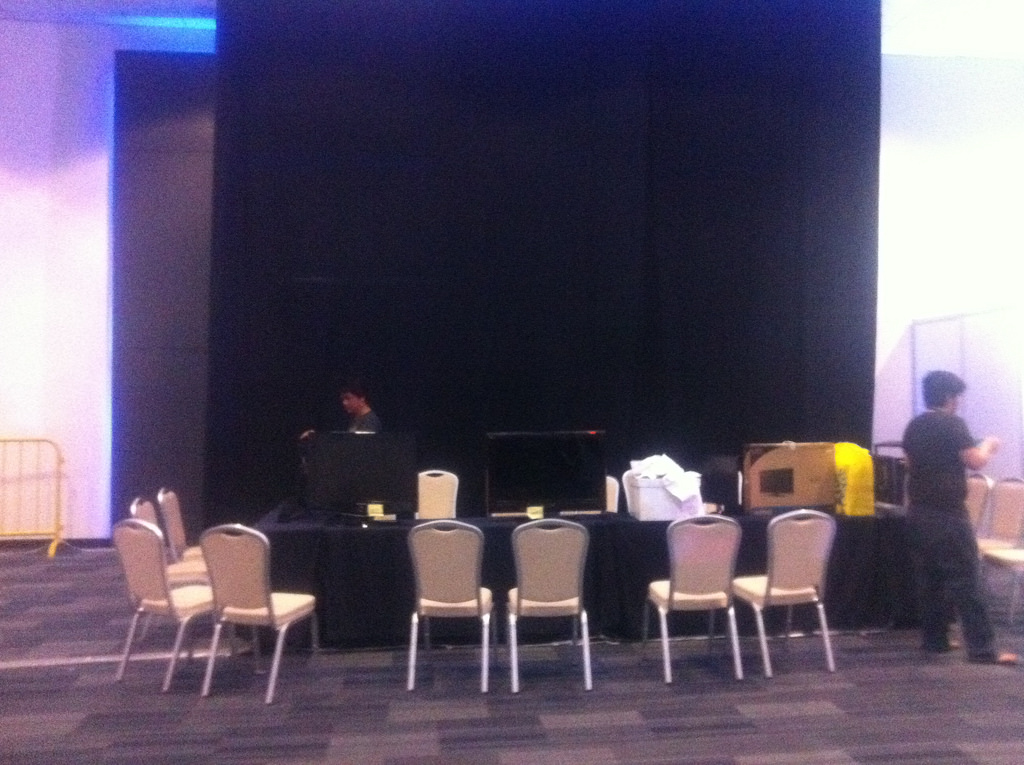 Some of the pictures were taken by my comrades in the booth ErickR and Kyle. Not sure if this picture was taken before or after the convention. Our booth is located smack dab in front of the entrance. 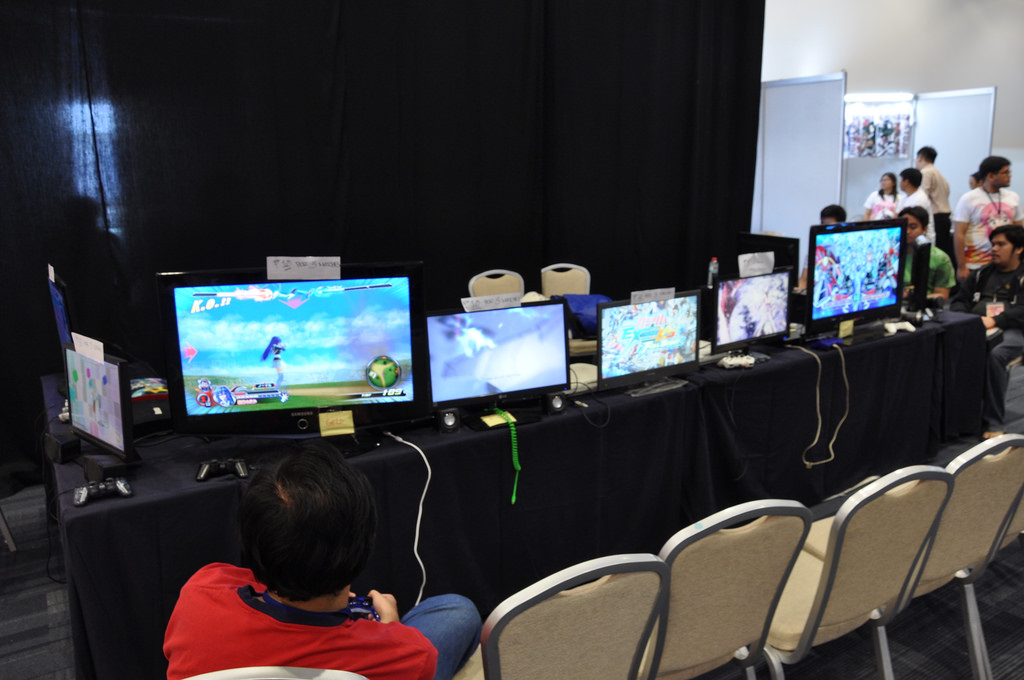 Plenty of space for people to enter and for people who want to watch games. Staff are testing out the consoles. Maybe next year we should go with hotseat shirts or something that acts like a uniform. It’s about time really, just have to think of what to do along with costing. 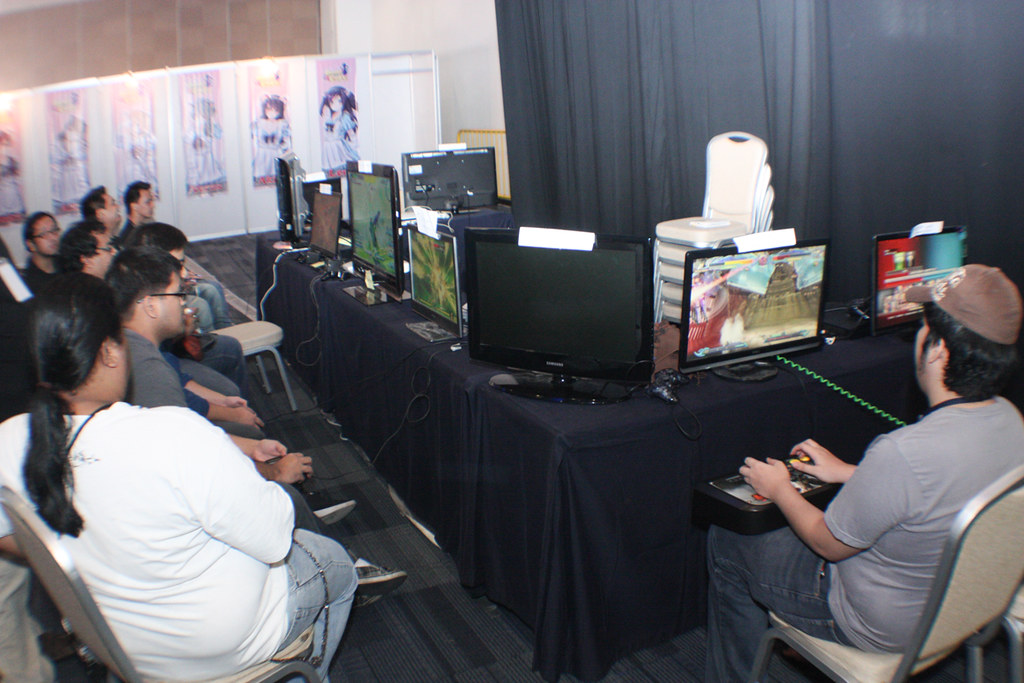 Staff members of hotseat, and from other booths playing before the convention starts. It’s mental preparation time! 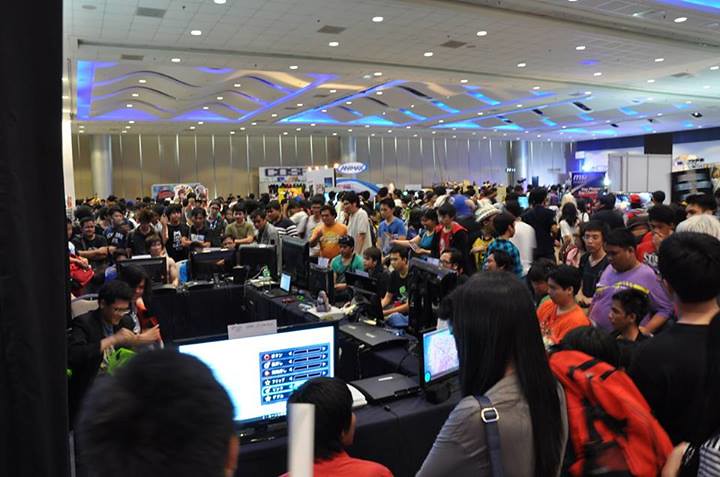 …because this happens after an hour. 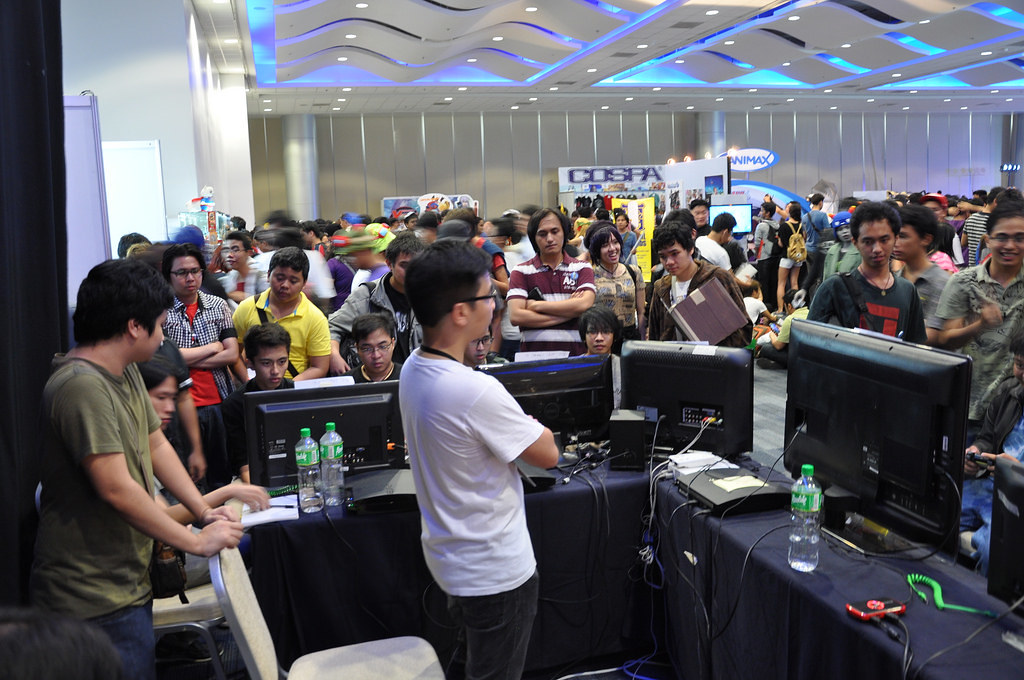 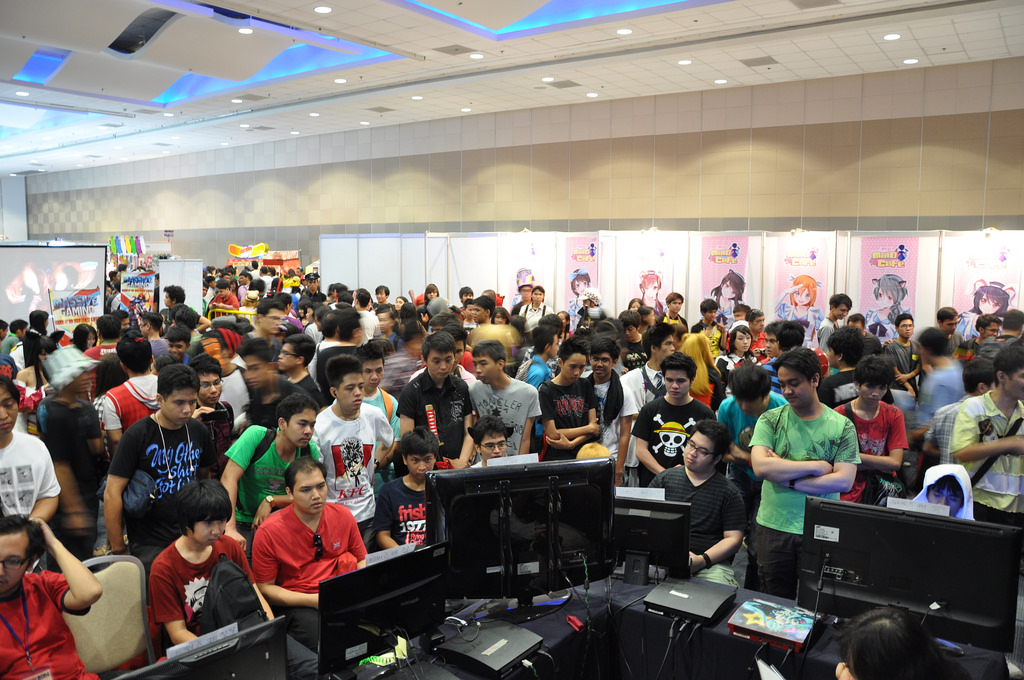 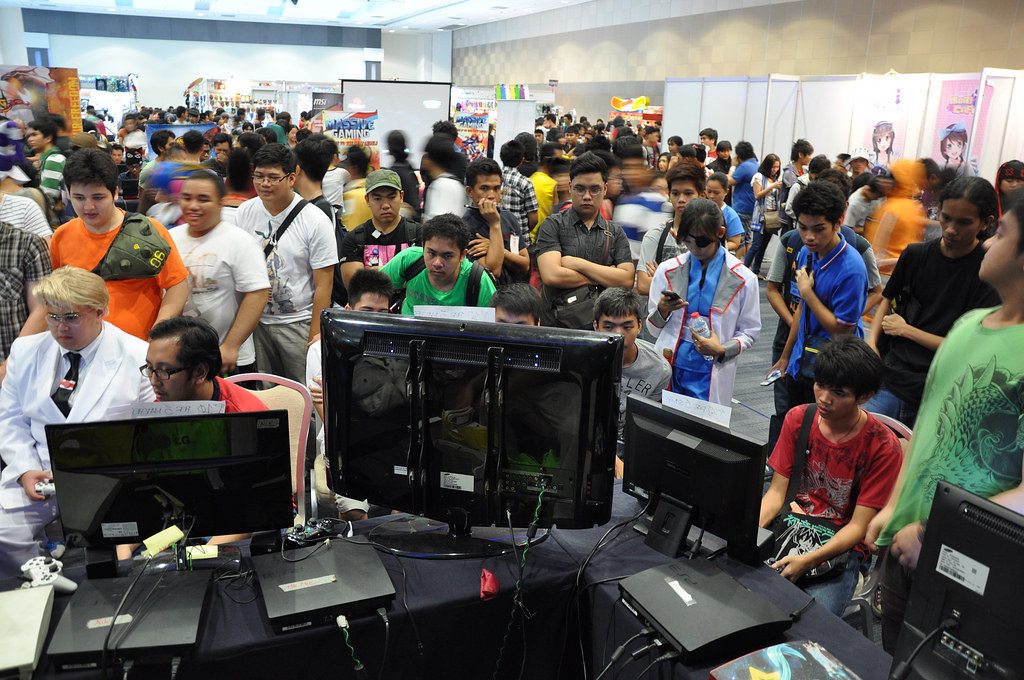 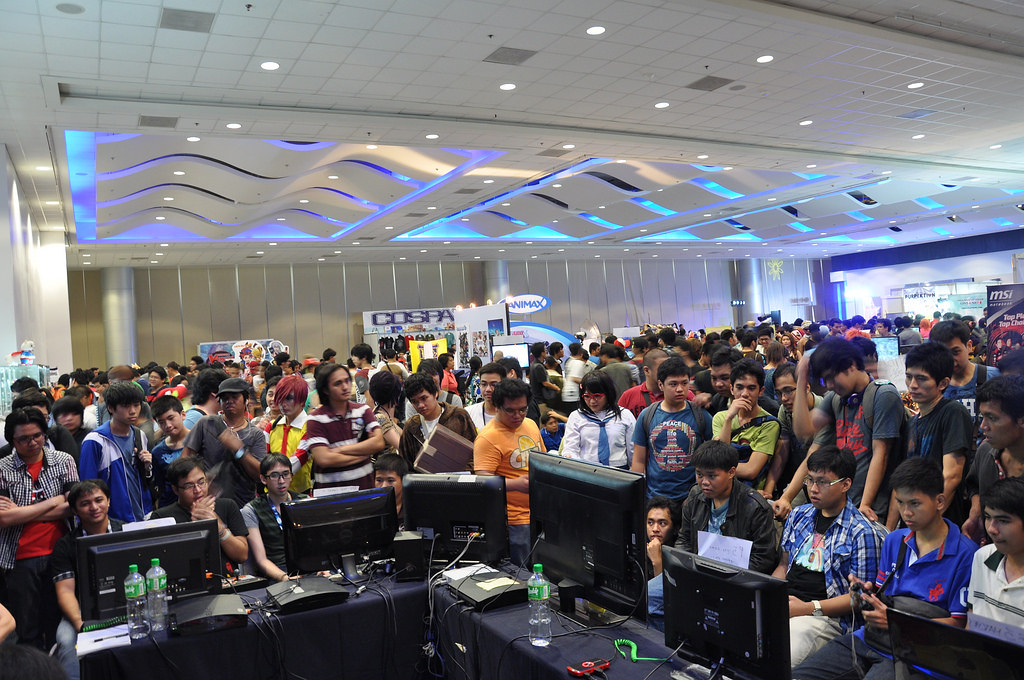 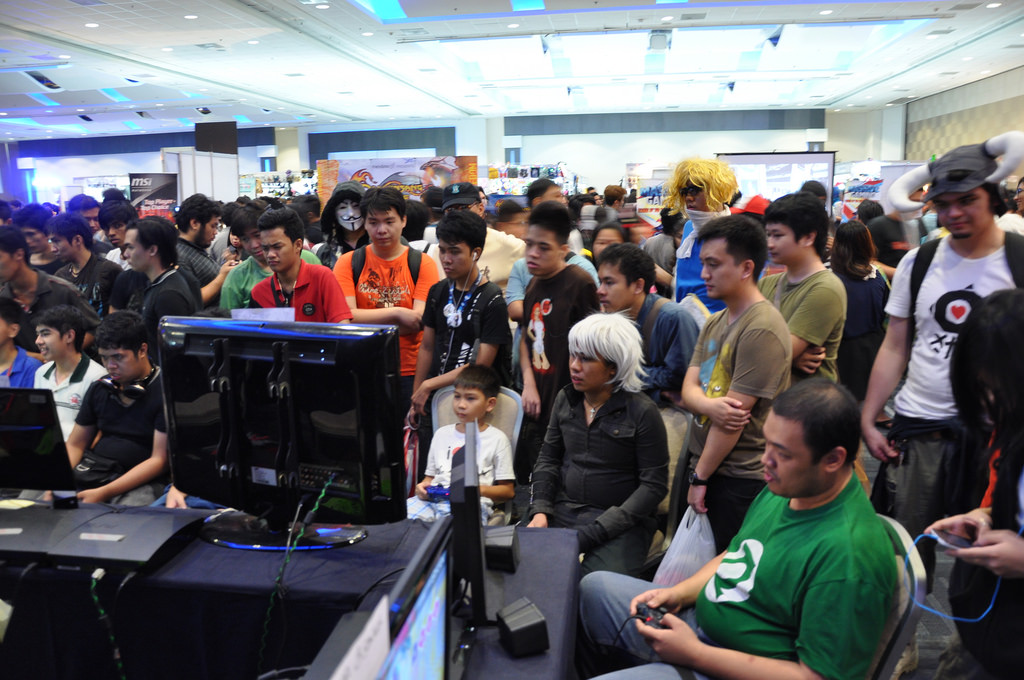 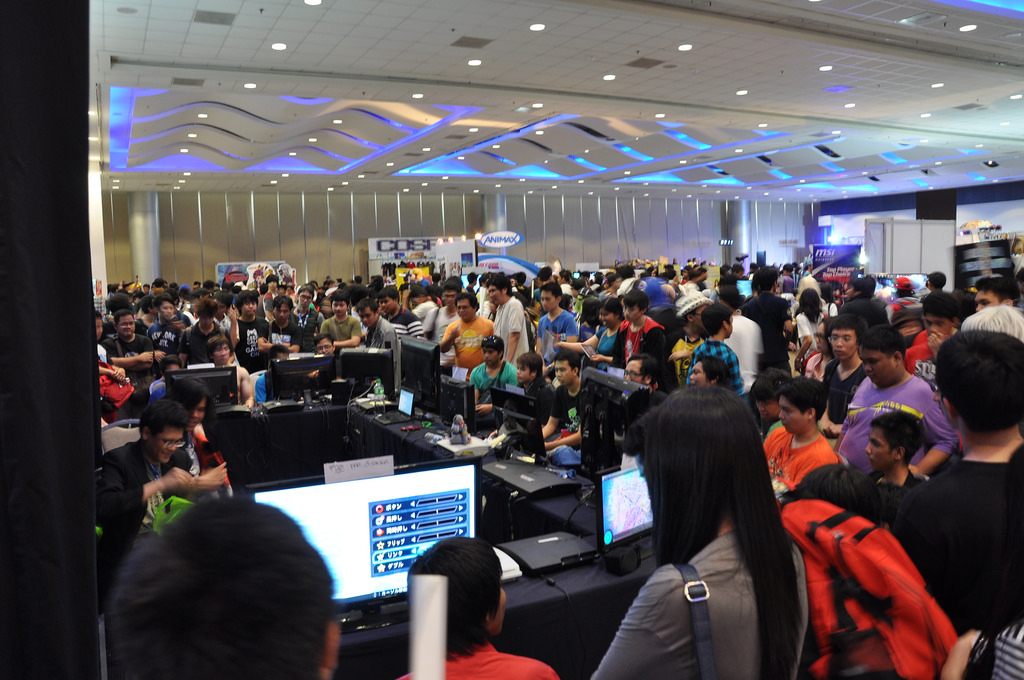 We charge people like in arcades with a meager P5-P10 depending on the game, that’s even cheaper than arcade prices whereas arcades here will charge you P20-P30 a game. All proceeds goes to the staff and people who lent their equipment. 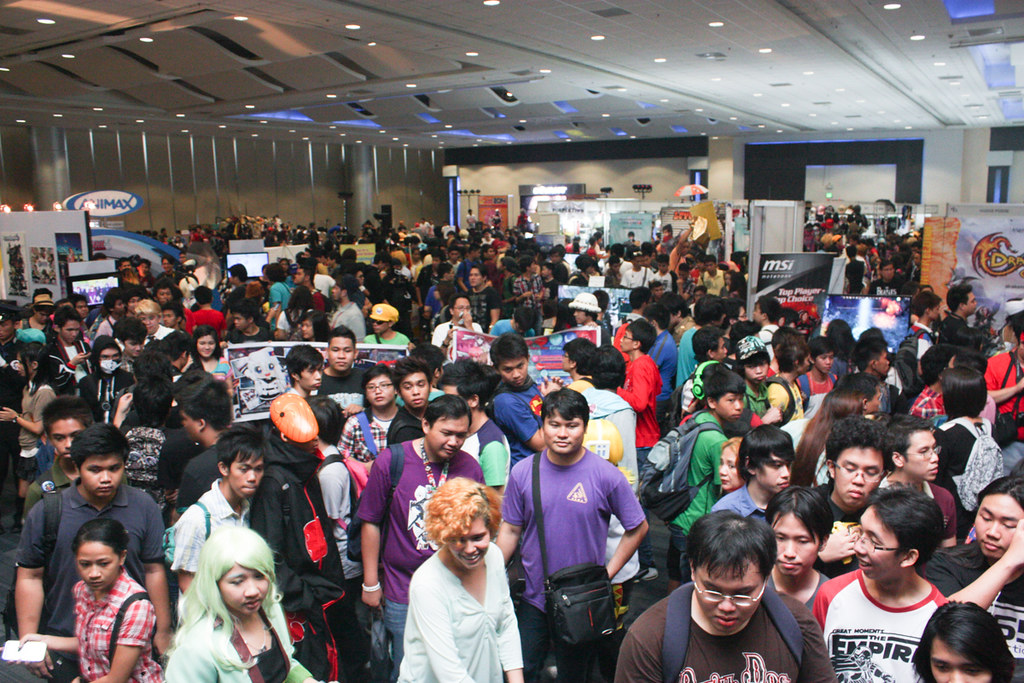 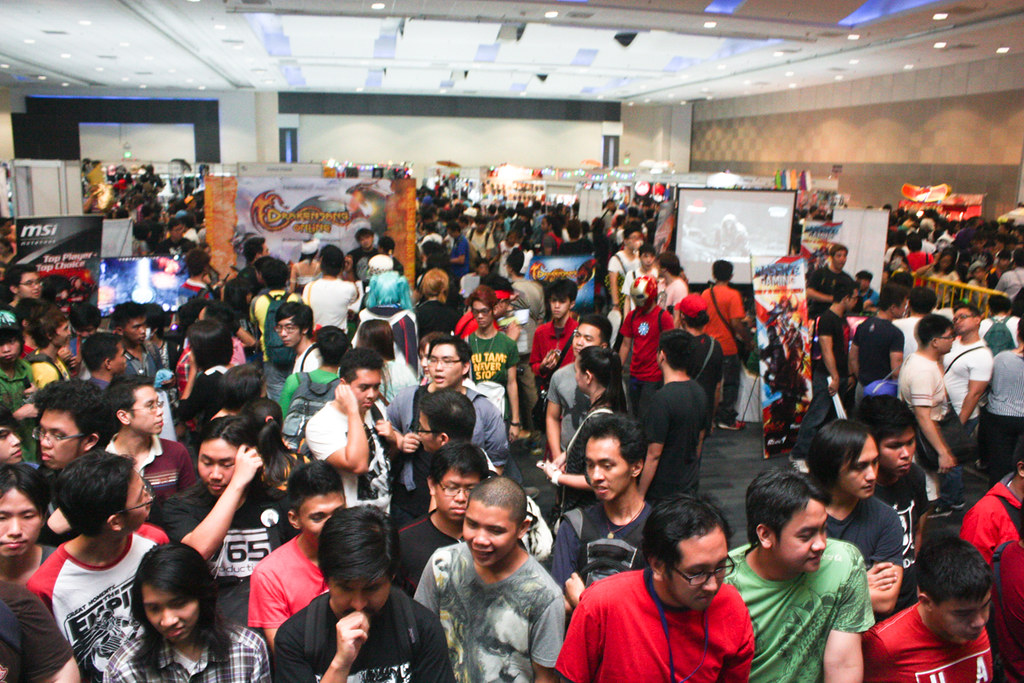 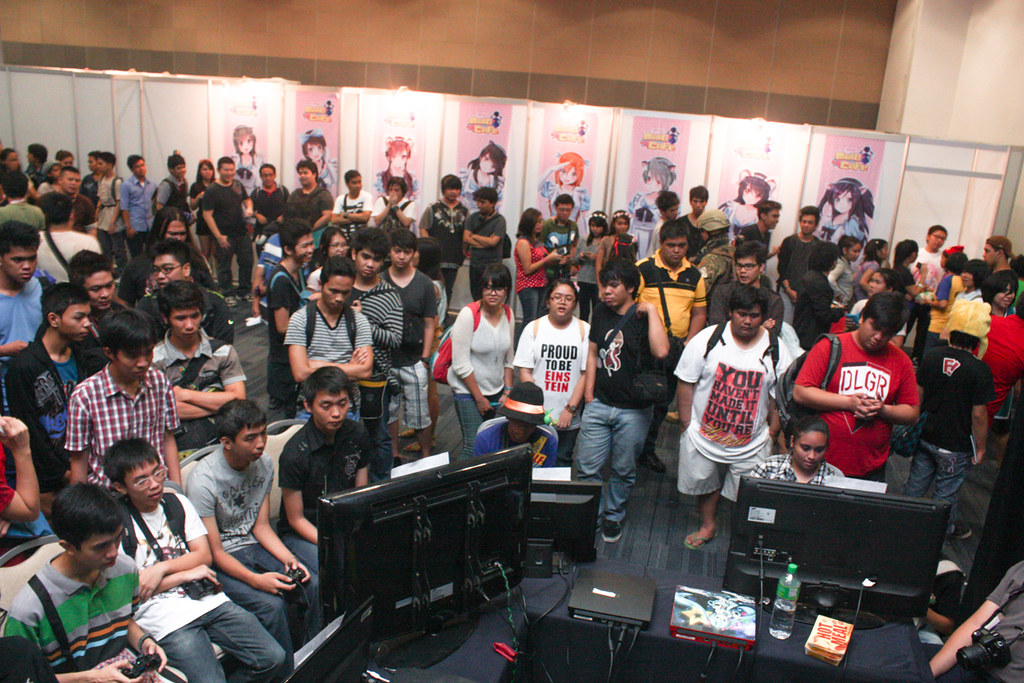 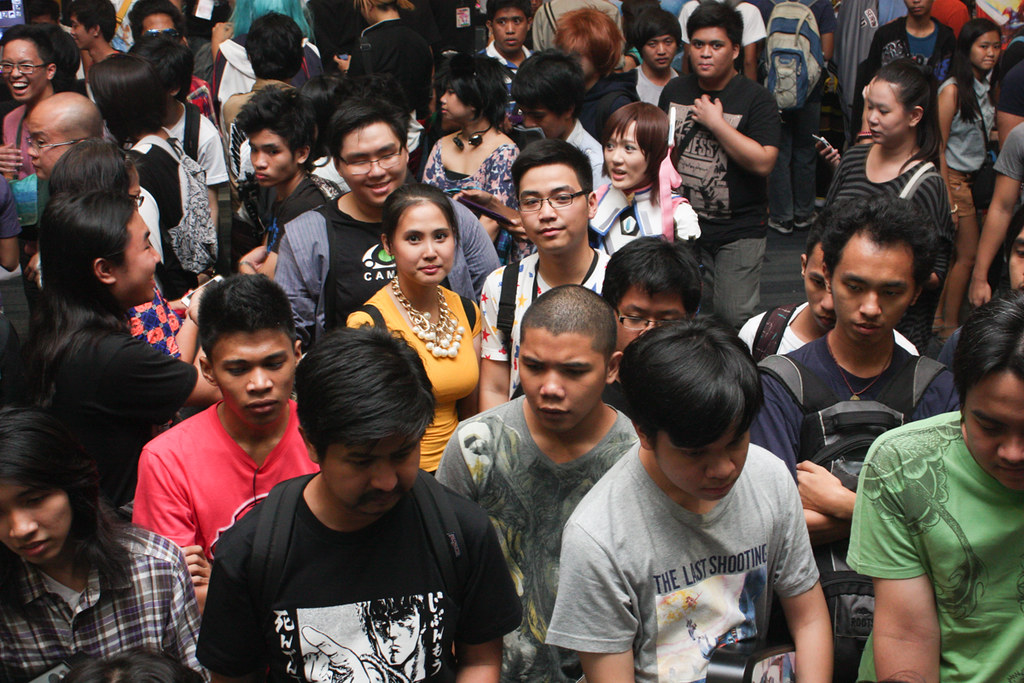 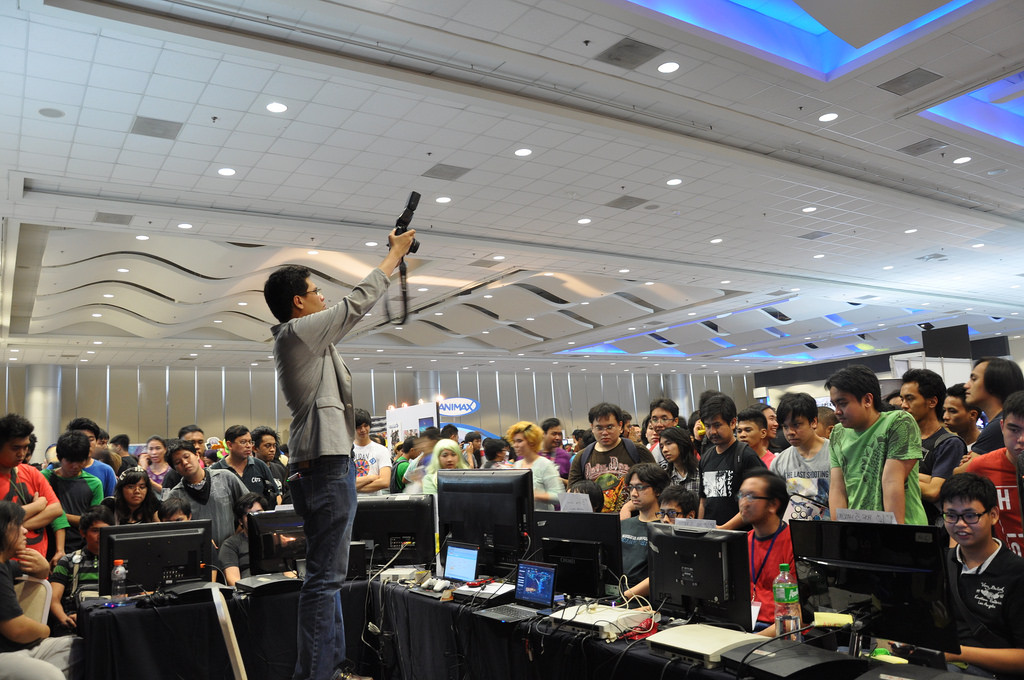 That’s me taking pictures of the area of the sea of people. By the way, conventions like these are the best place to bring your 3DS in case you guys are looking for street passes. It’s a pity that the Playstation VITA doesn’t have this kind of system. 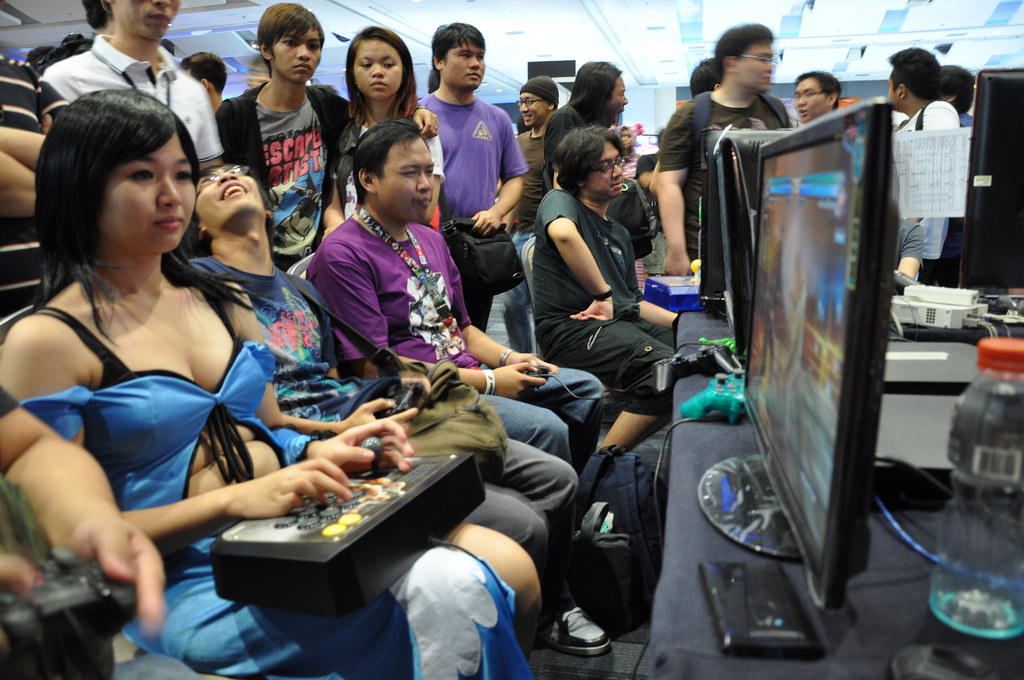 We also have cosplayers who frequent our booth and play games to unwind a bit. 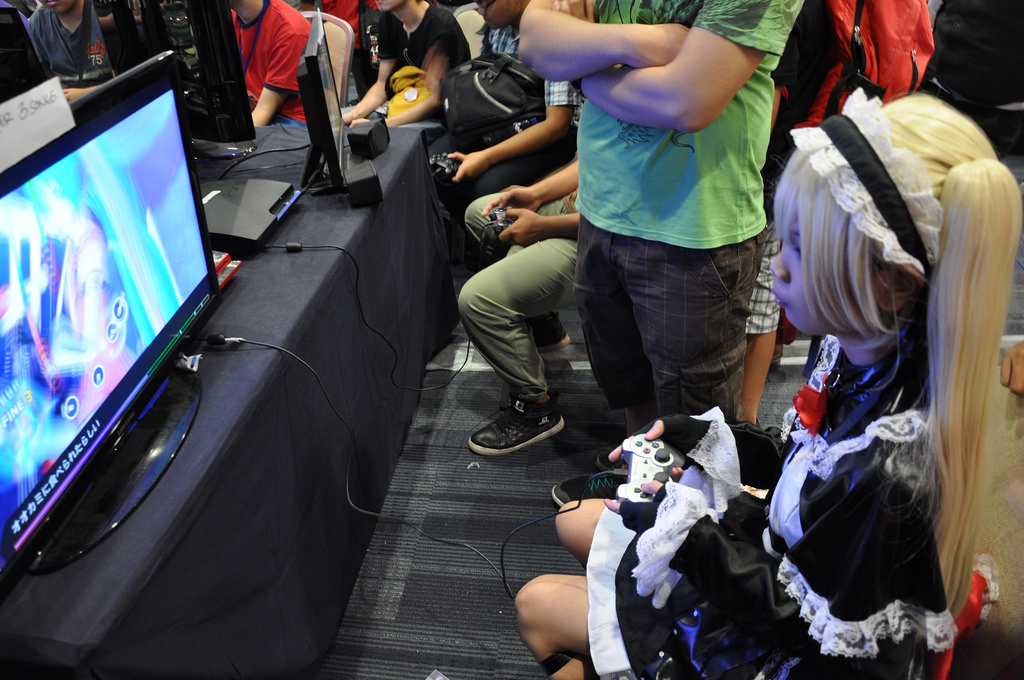 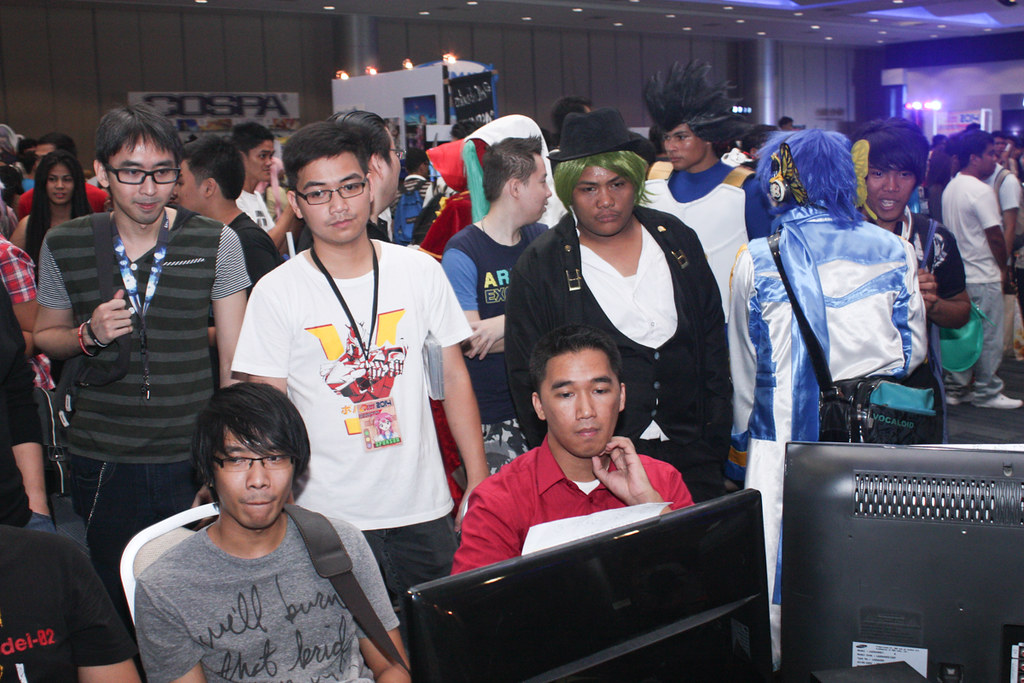 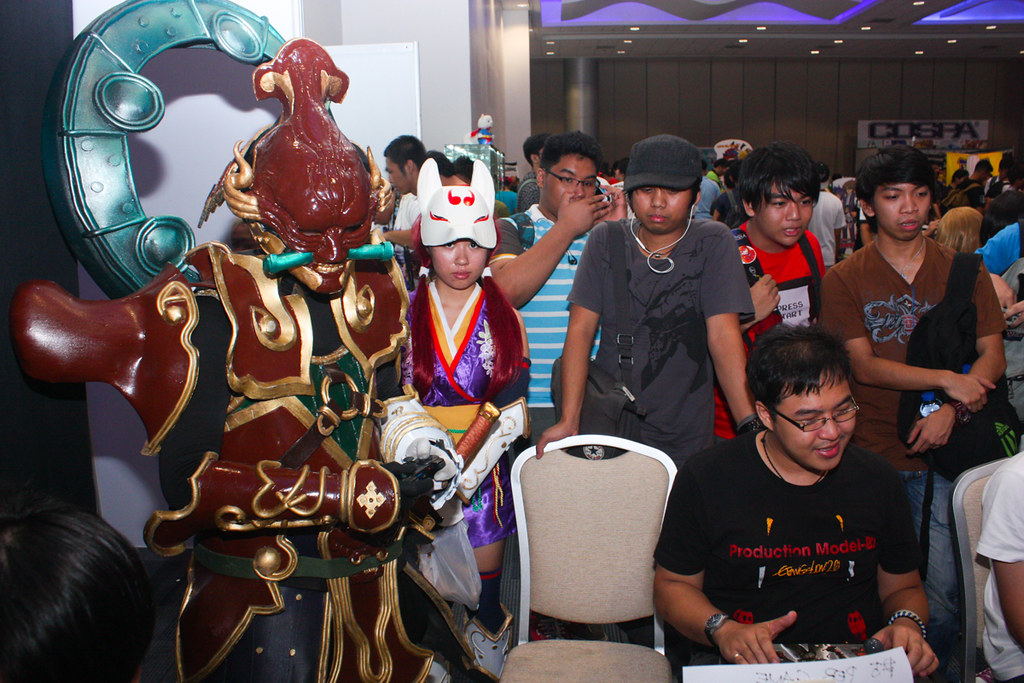 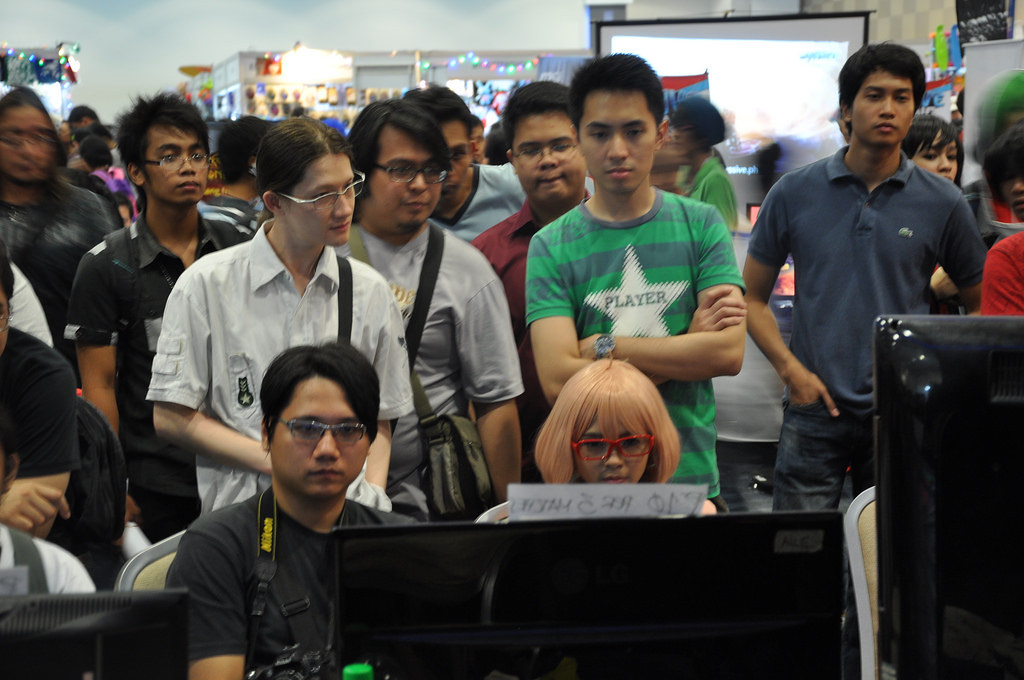 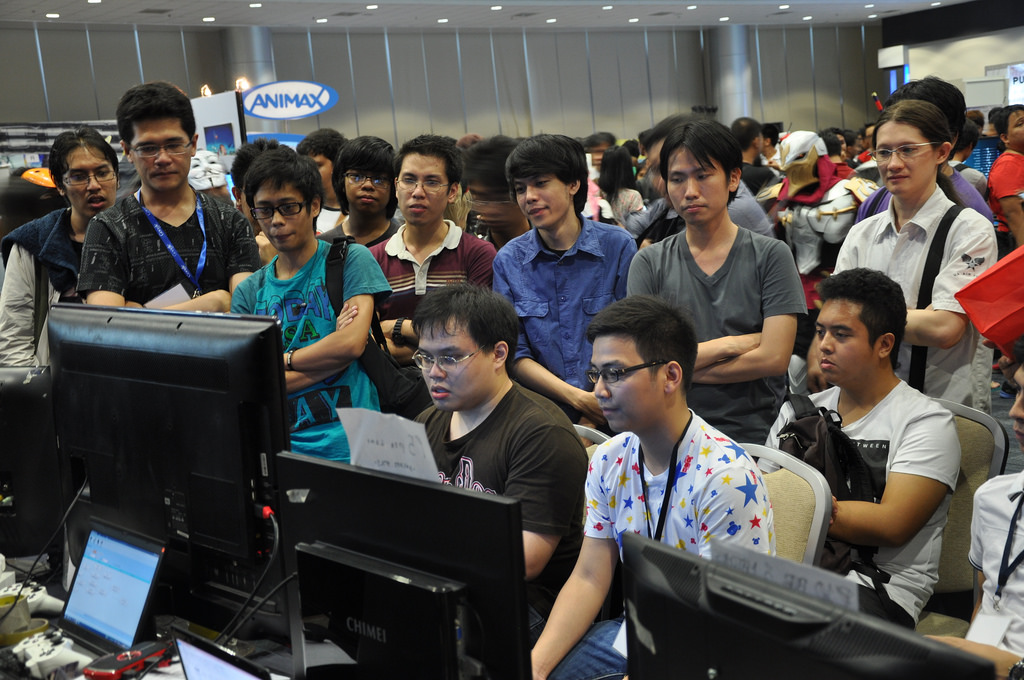 We had two tournaments for this year, Gundam EXVS: Fullboost on Saturday and then we had our traditional Arksys tourney on Sunday which is Blazblue Chronophantasma 3V3 team tourney. 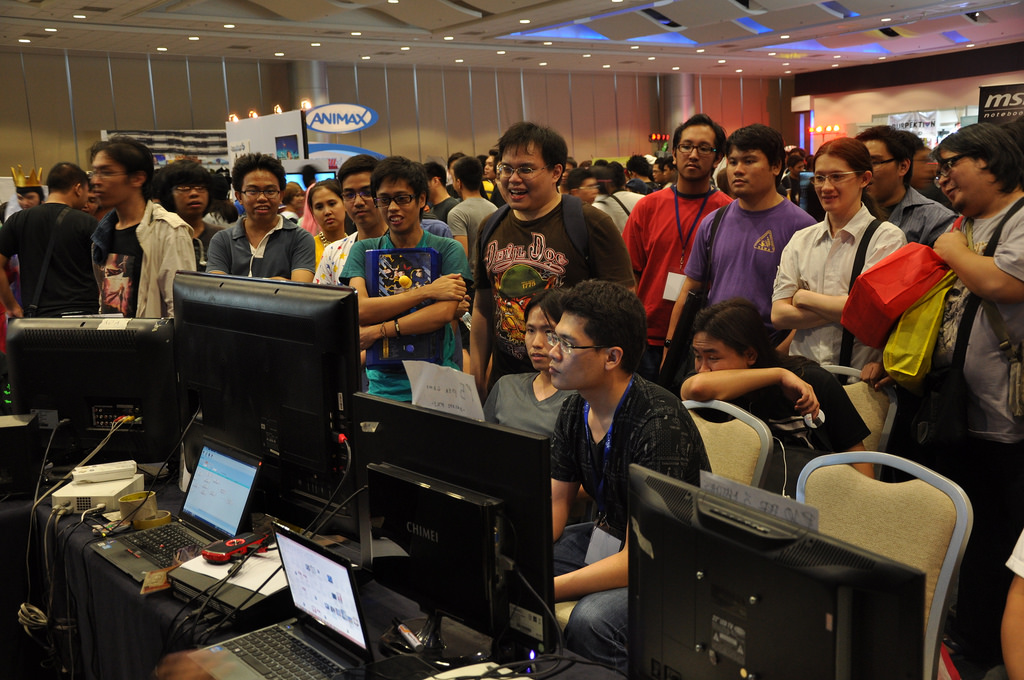 Nowadays I’m able to get Top 4 in most tournaments thanks to rigorous training for the upcoming major tournament in Singapore: South East Asia Majors. I’ll talk more about this later as more info comes out.

You can check for the other vids of the tournament under “Ozine2014” in this link here: P2D Channel The video for the grand finals seem to be missing though. Winner for the tournament was IPT.Ehada.Gundam, which was the team I belonged to. I think I’m the only Azrael who entered in the tourney. 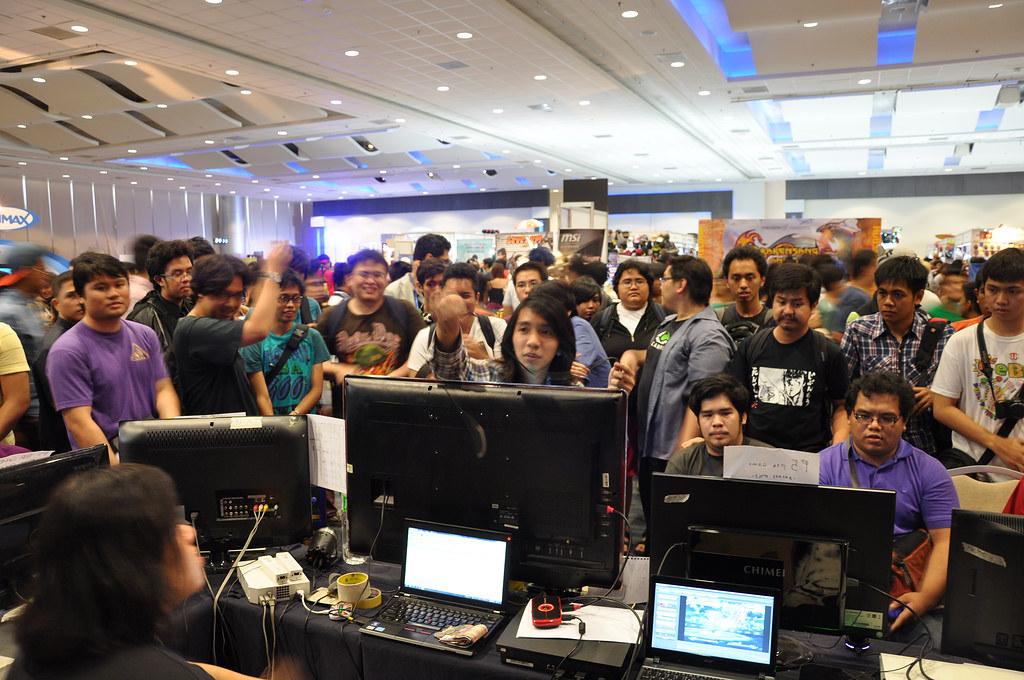 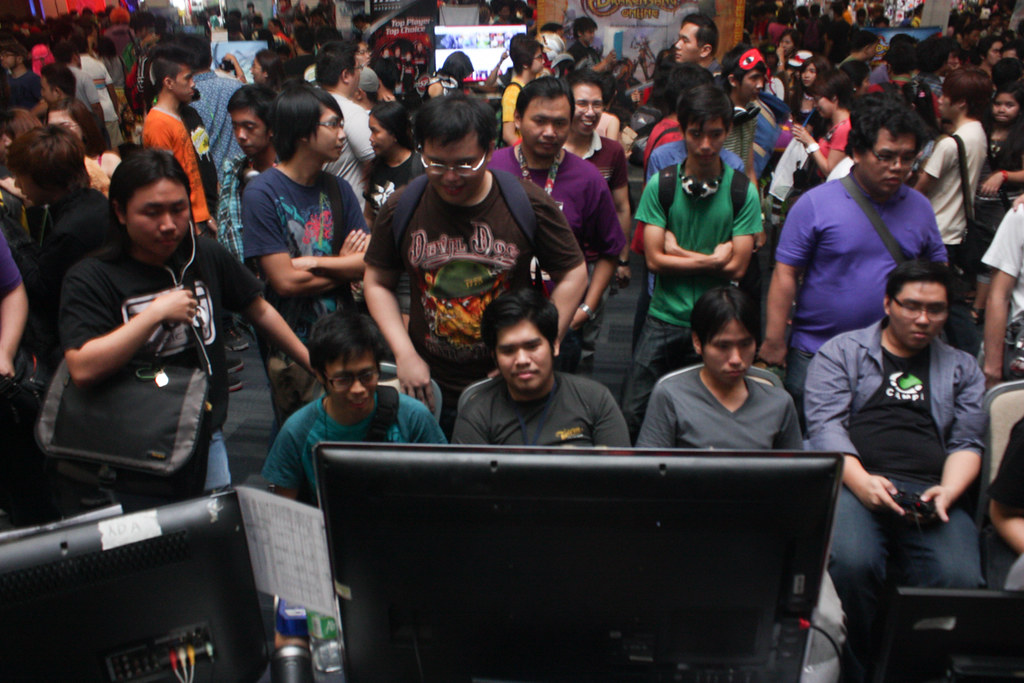 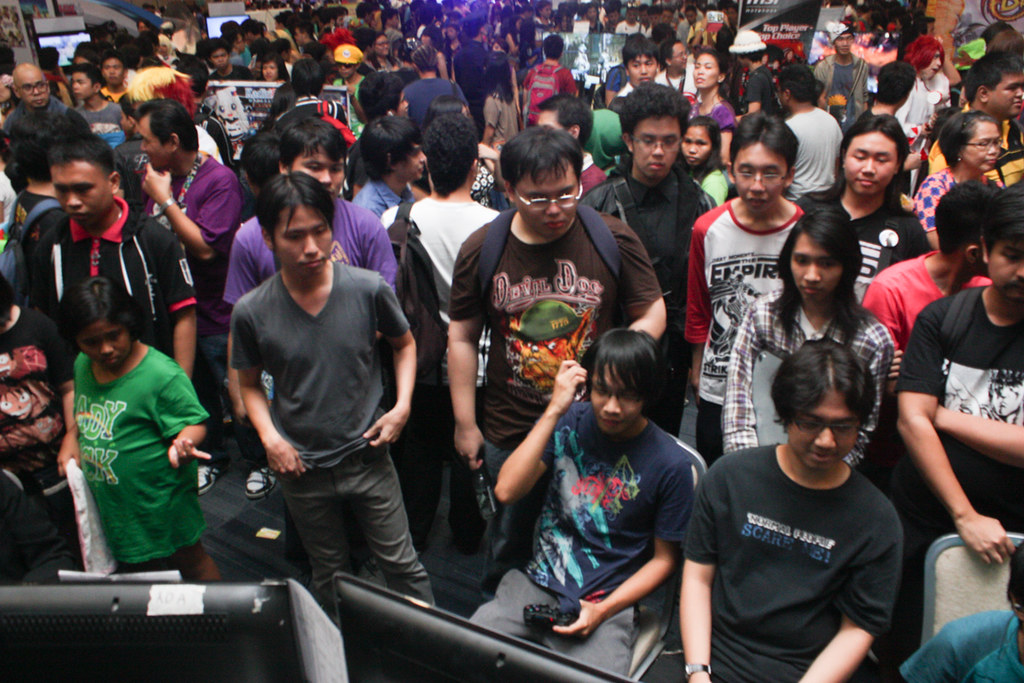 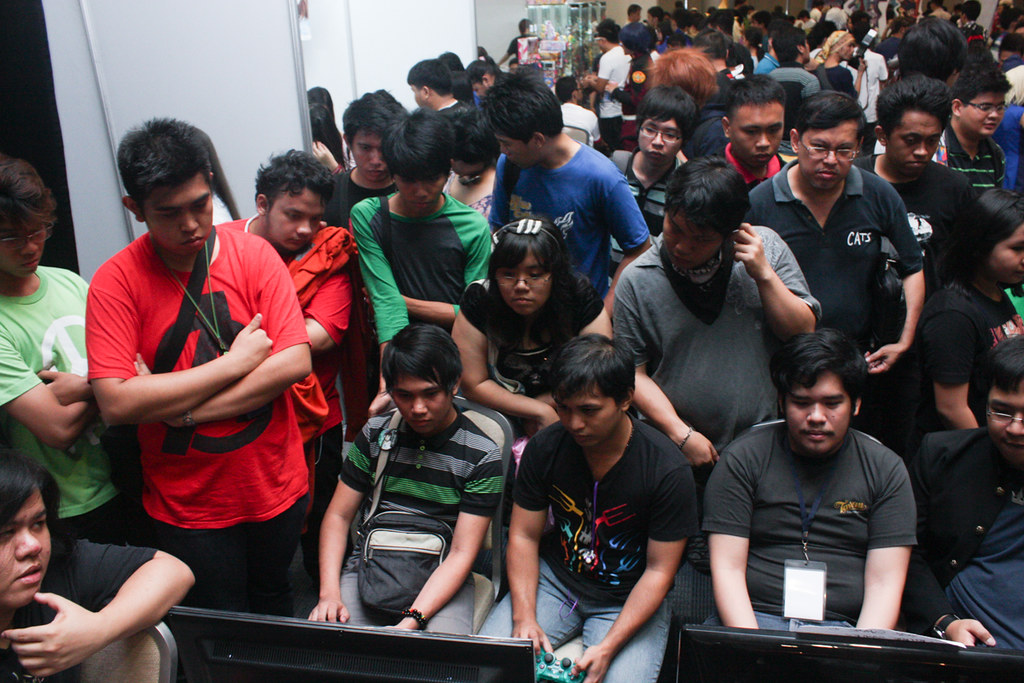 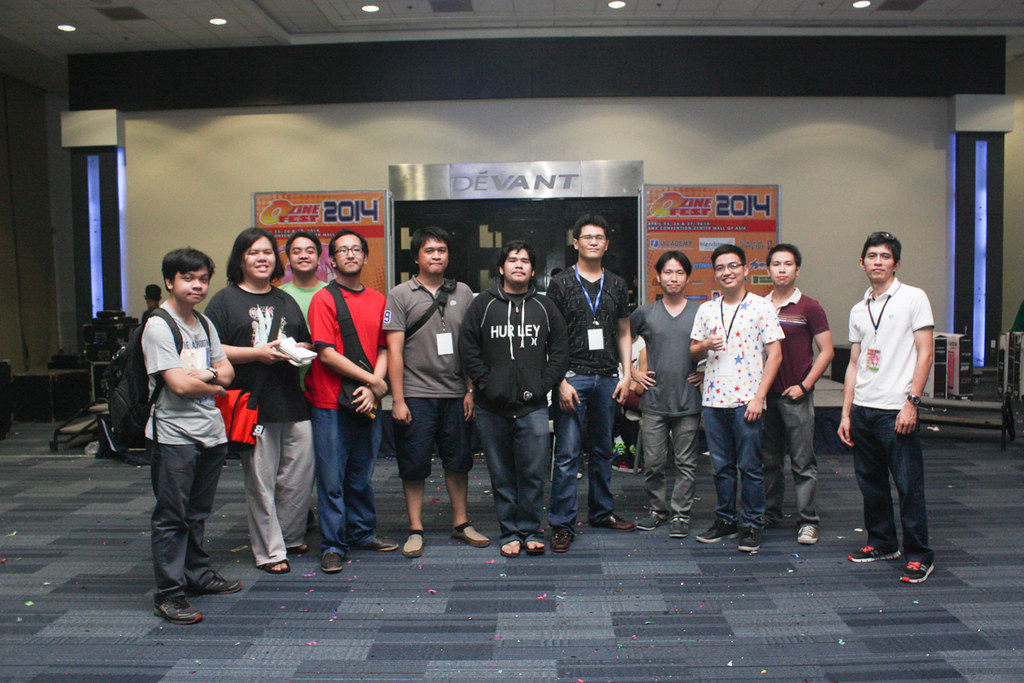 Special thanks goes to the Ozine team,especially Dennis and Bryan Uy, for continuously having us in their events and helping us out during the entire course. Shoutouts to the entire hotseat team for staying for all three days.

Next event will probably be in August for Otaku Expo. We might have UNIB: Exe Late and Persona 4 Ultimax by then, see you there 😀