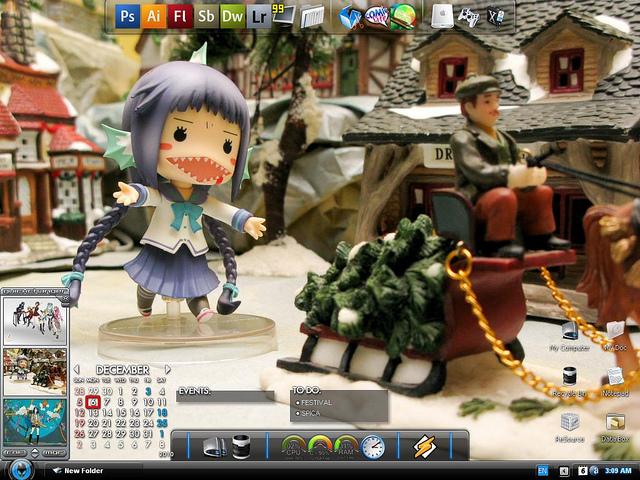 Its 8:30pm, and I’m still at work. I have to get the money to buy those figures, but in the the meantime I’d like to show how my desktop looks like. 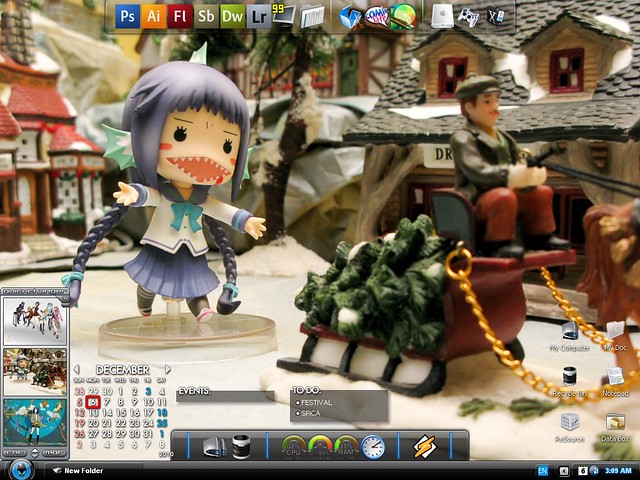 This is the computer in my house, and I must say that its videocard is pretty outdated now. I can’t even run Batman Arkham Asylum in it or Left 4 Dead 2. I try my best not to bring work in the house, but as you can see, its 3am and in this screenshot and I’m still working. 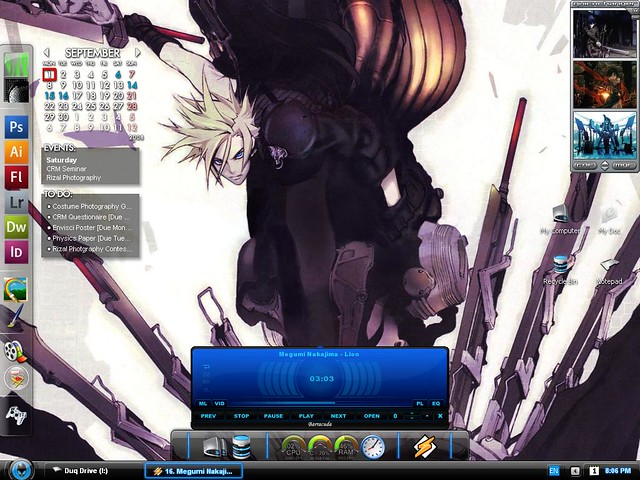 This screenshot was taken two years ago. I haven’t changed much of the apps in my desktop except for the layout. I really need to buy a new videocard, RAM and more HD Space. I always see my 320gb hard drive at 90% for the past 2 years. 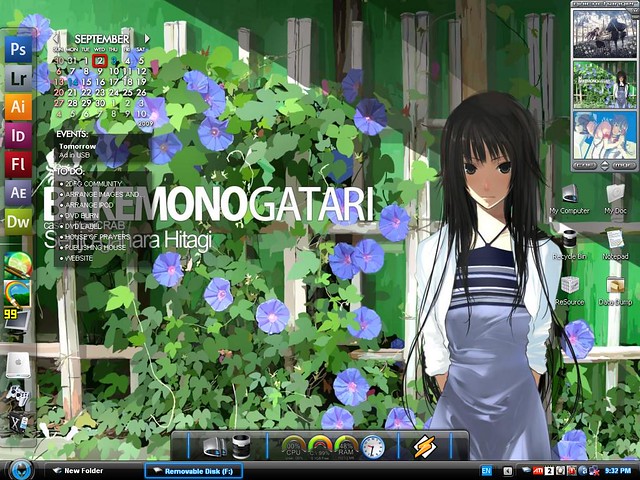 Since last year, I have always wanted to help create and promote videogames and art. so far I’m doing the former. Bakemonogatari was pretty popular during this time, and the series was enjoyable to say the least. 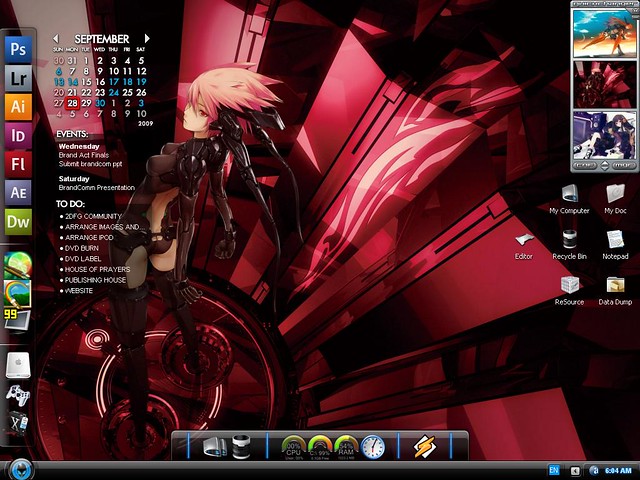 I’m obviously a fan of redjuice ever since. My schedule is still just as full as ever, but I can’t place the things to do in my home computer because of client sensitive files. The only way to hack my computer is by being there since it has no internet connection hahaha Q_Q

Fixed the entire layout last June since I got influenced by Mac layouts. I also do less audio and video editing now because of work. I still use adobe applications, sai and the ever dandy dictionary once in a while. Lightroom has become more and more useful to me than Canon digital pro in photo editing.