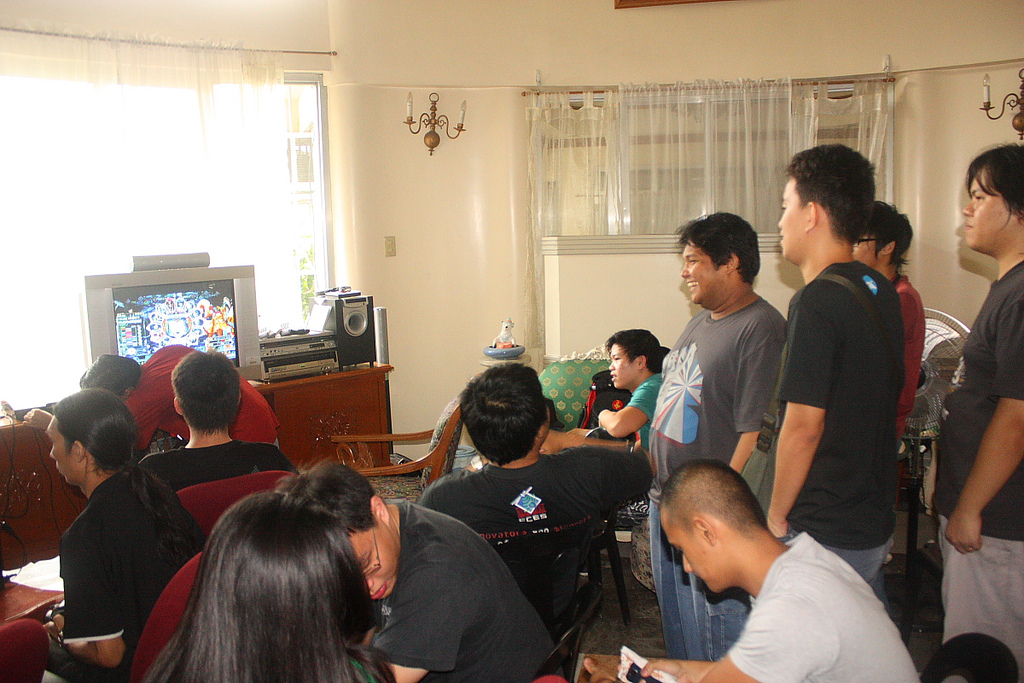 Since this will be my first post, please be gentle with me. Every week the Blazblue community in the Philippines organize what we call “Casuals” wherein we meet fellow comrades who have the same passion we have in Blazblue and play against each other. What makes this casuals extra special is it was done during a national holiday which means more people can come. We usually have like 15 or less people but this time we got a whopping 33-person attendance. 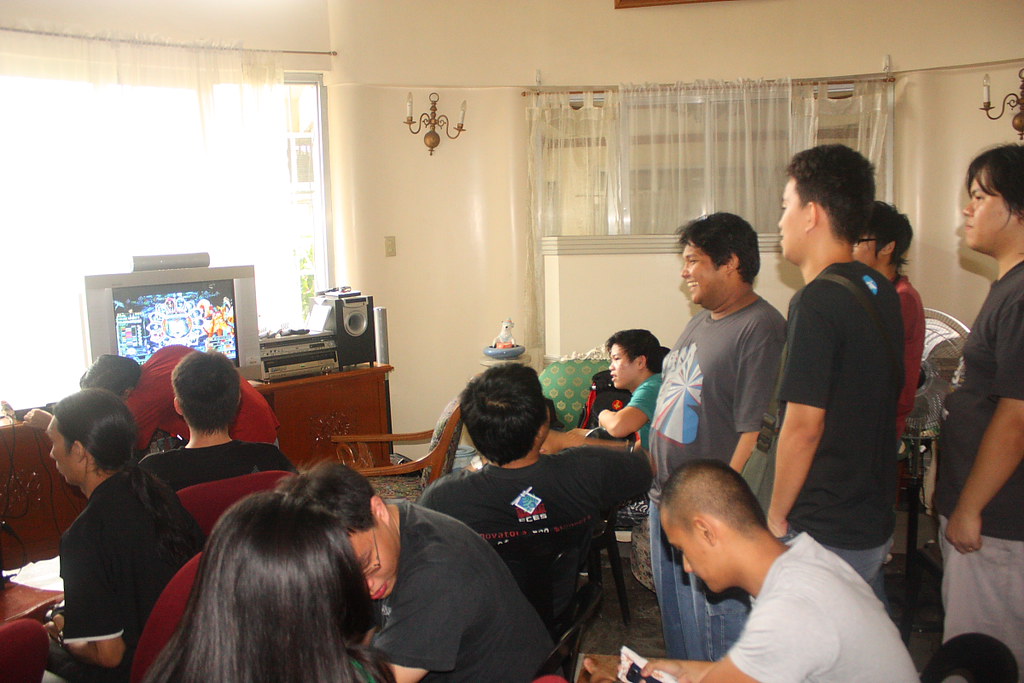 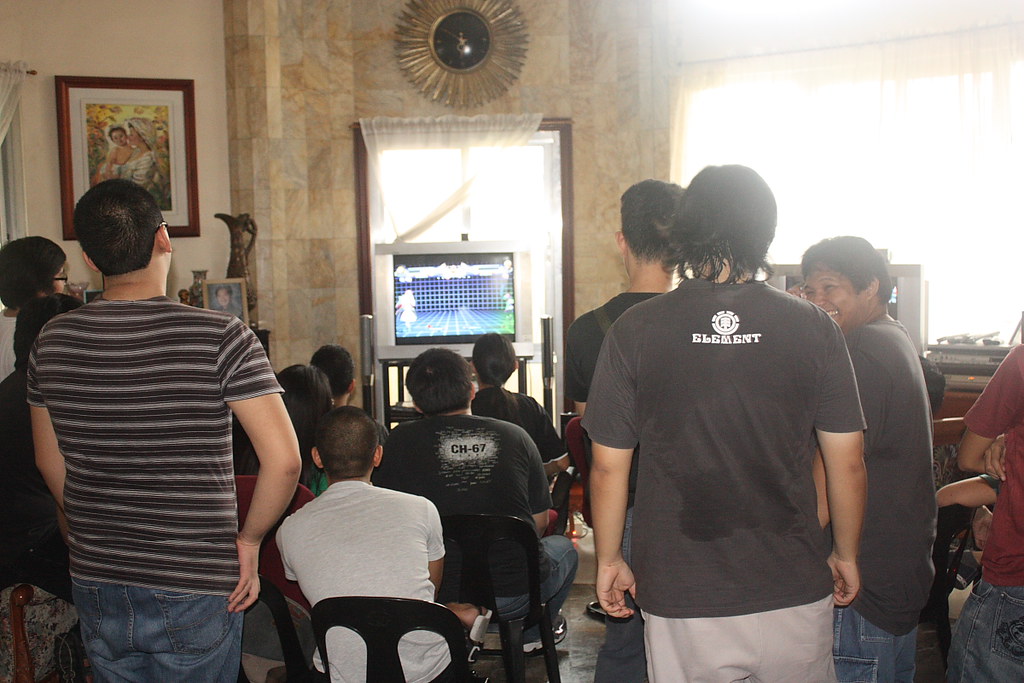 We had two TVs, two Playstation 3s, 4 Arcade sticks, and an abundance of PS3 Wireless controllers. The matches were intense and everyone was bringing out their stuff out. 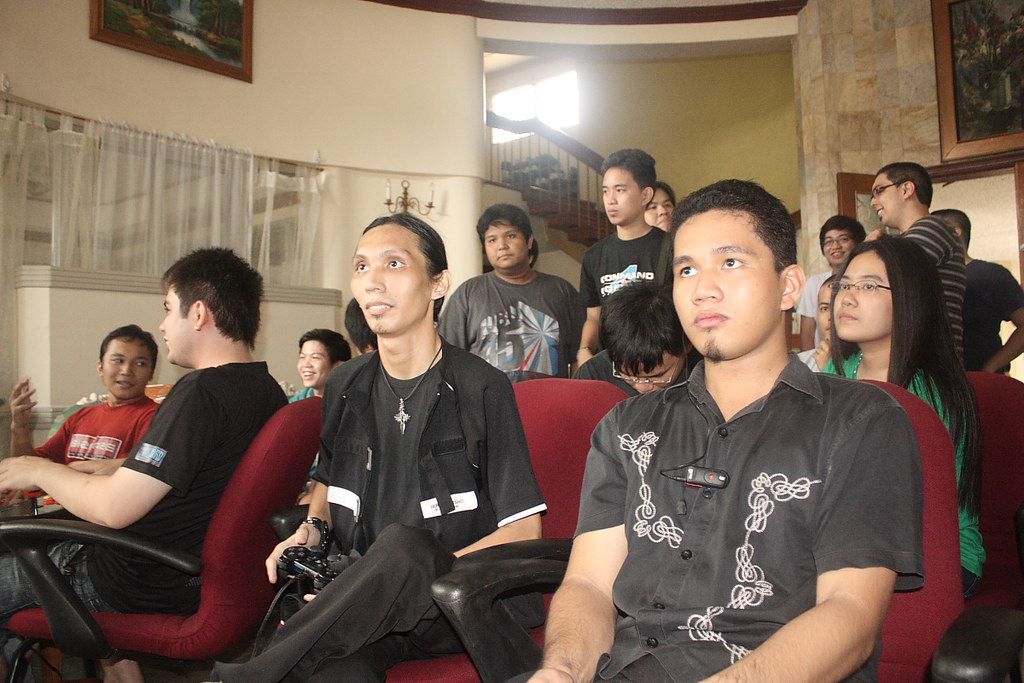 Mark and Rafael were playing at station 1 and as you can see, serious gaming is serious. 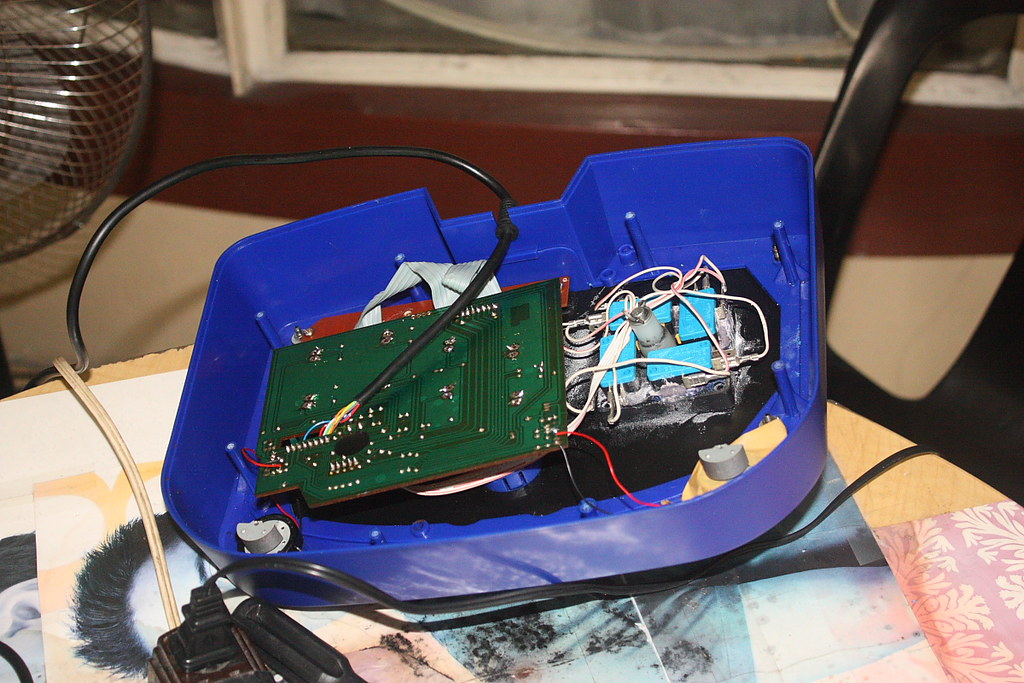 Arcade stick destroyed during intense playing. Kidding, this is a new stick which James, one of the attendees is making for one of his customers. Very good quality i tell you. 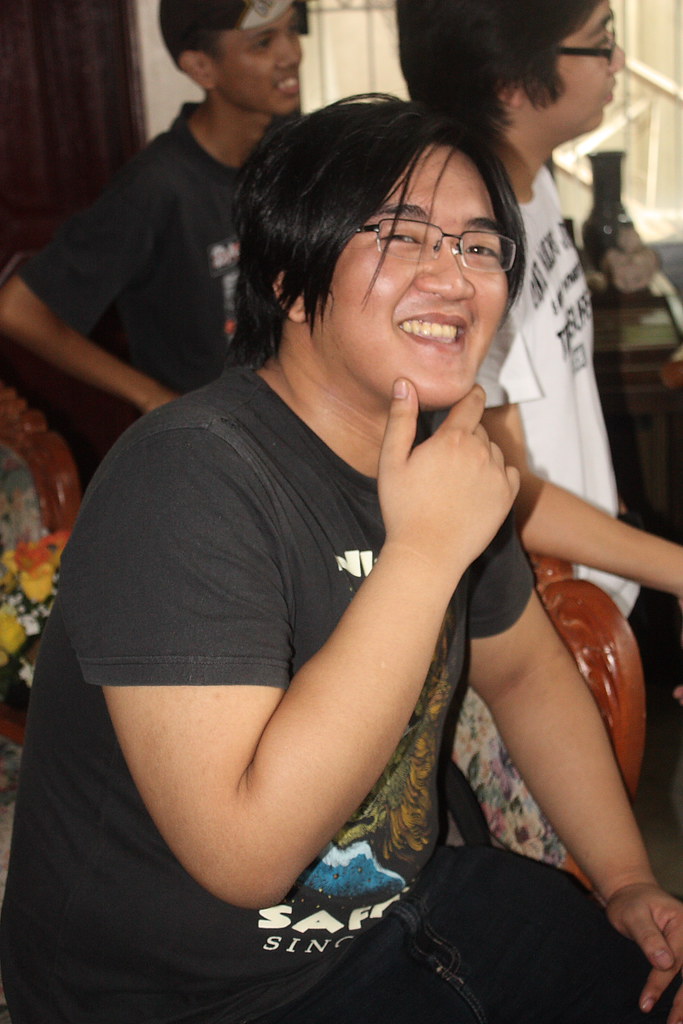 Ted, [“Internet Divider” of www.dustloop.com] is the guy responsible for making this huge event happen by allowing all 33 of us into his house. 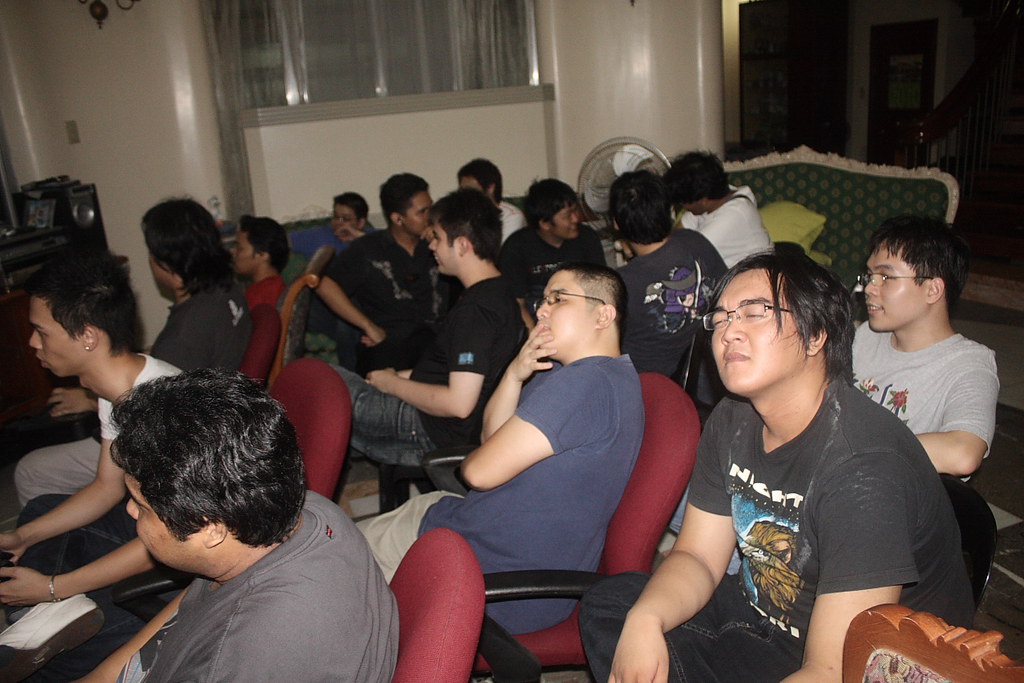 Played until the sun was gone. Since there were too many people, we decided to have a randomized three man team tournament. We had 8 teams of three, each member was chosen at random. 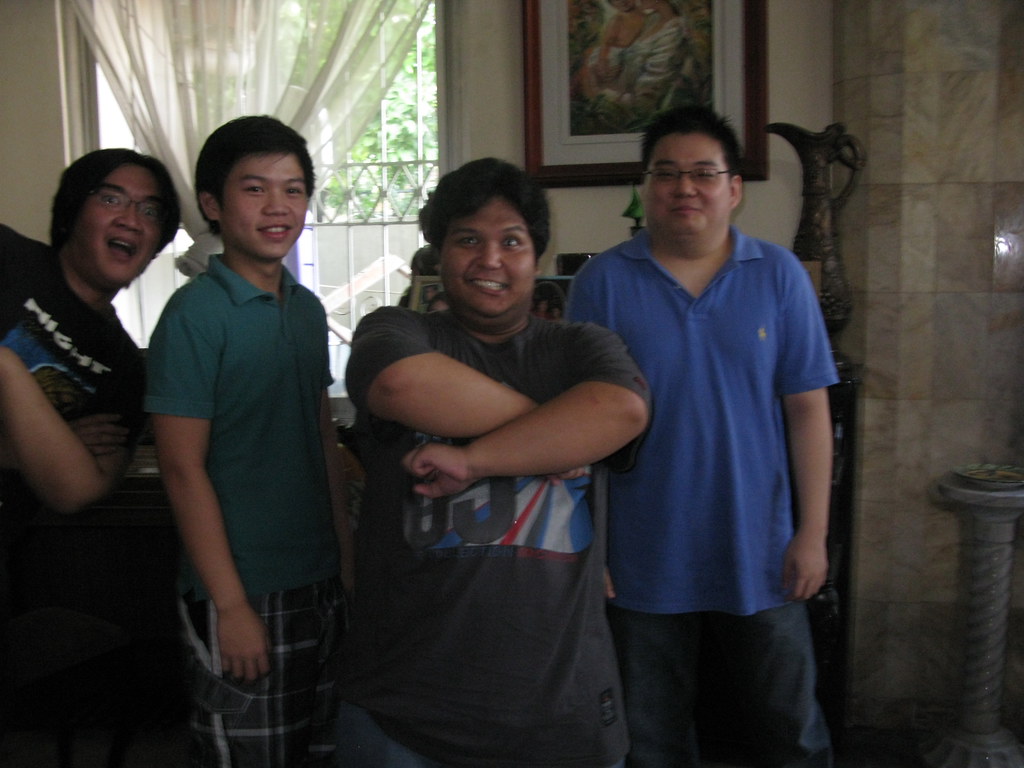 Team 4 won with Harris (rightmost) using Bang, Hakumen and Ragna, Nicole (inner right) with his uberskilled Bang and Nico who was the only one who used Taokaka.

Our team got to second place, Nicole wiped out in the finals. Here are some of the finals match (Anton is my name there)

For more match vids check out this channel, i’ll have to edit this post later since Mick has a channel as well http://www.youtube.com/user/McArthurDustloop#g/c/4C6E12D724FFCCA8

For thos who have not heard of Blazblue Continuum shift here is some information from wiki:

BlazBlue: Continuum Shift (ブレイブルー コンティニュアム シフト, Bureiburū: Kontinyuamu Shifuto?) is a fighting game developed by Arc System Works. The game is an official sequel to BlazBlue: Calamity Trigger. As with the previous game, BlazBlue: Continuum Shift first came to arcades before both the Xbox 360 and PlayStation 3 versions as the game was currently released for the Taito Type X2 arcade system board, with a 16:9 ratio and 768p resolution. It was released in November 20, 2009 in Japan. A console version was released on July 1, 2010 in Japan and on July 27 in North America. In Australia, the game will be released on October 28th.

May Round – up
3 replies

How to Draw Manga: Sketching Manga Volume 1
Scroll to top