Usually, I pass by the local hobby stores just to window shop whenever me and some friends hang out in the mall area and then this popped out. 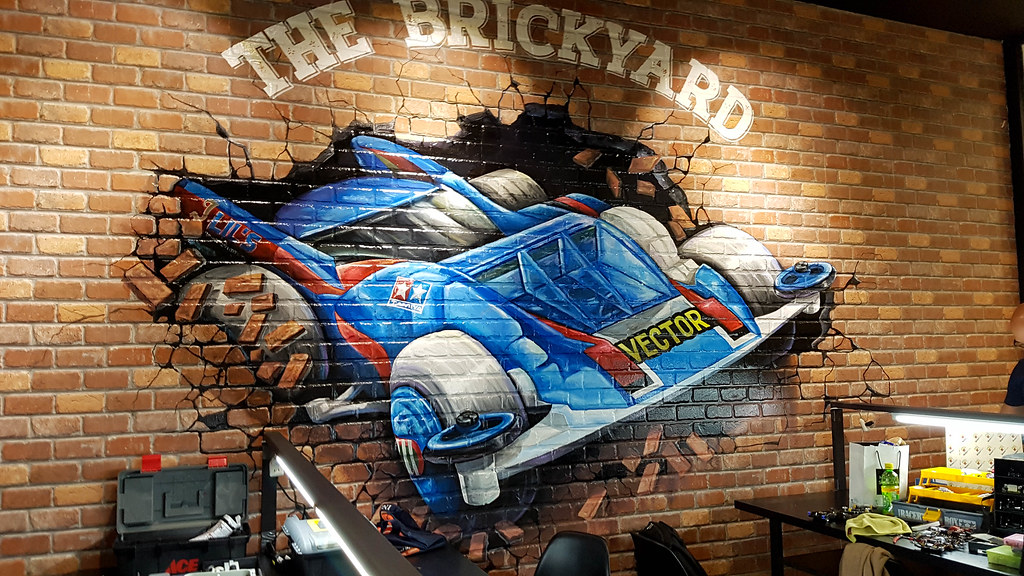 Well, this entry is quite on the late side but since quarantine and lockdown from the Corona Virus is quite a thing now, I thought i may as well get all the backlogs out of the way.

Just to be  clear, there are other branches of Brickyard all over the metro area. It’s just that the Glorietta Mall branch was the closest to my place. 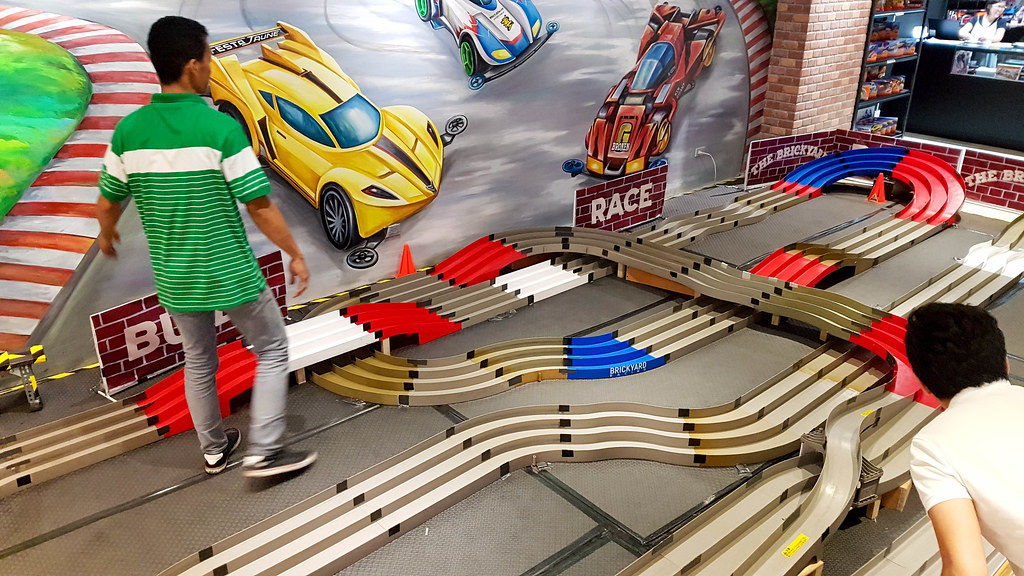 Probably the one thing that got my attention when i saw the store was the huge race track. Not everyone can buy multiple track sets and and arrange them to form one huge track so it’s quite a treat to see a huge track is ready made already and people can see how fast their 4WDs can go. 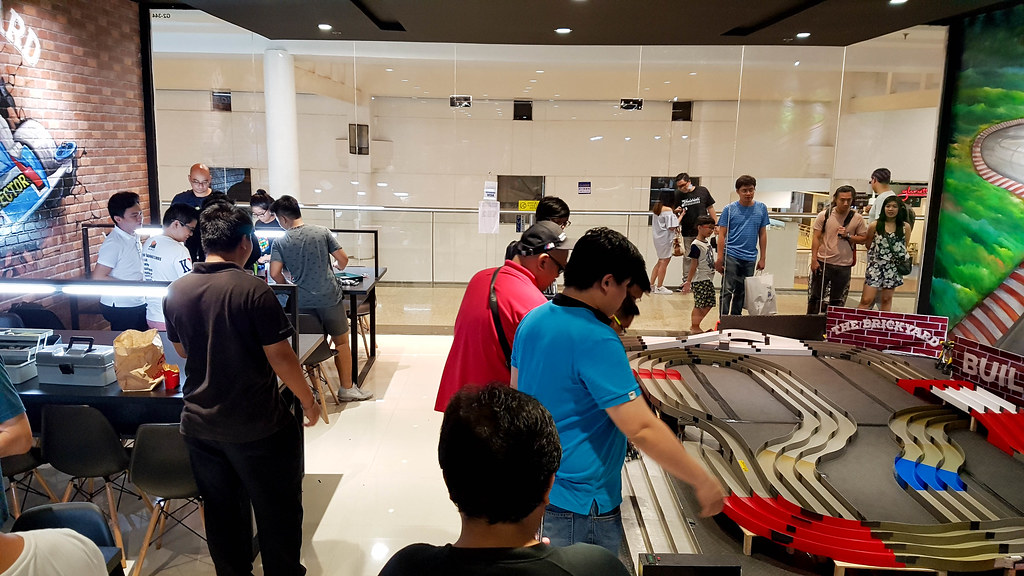 To be quite honest, I’m happy that the track was near the window side as people will be really curious to see what it is, pretty much like live cooking i guess ^^ When i was a lad, the only times I’d see big tracks was during tournaments and quite honestly the idea of racing on these tracks was one of the two reasons why I tried Tamiya 4WDs when i was a kid. 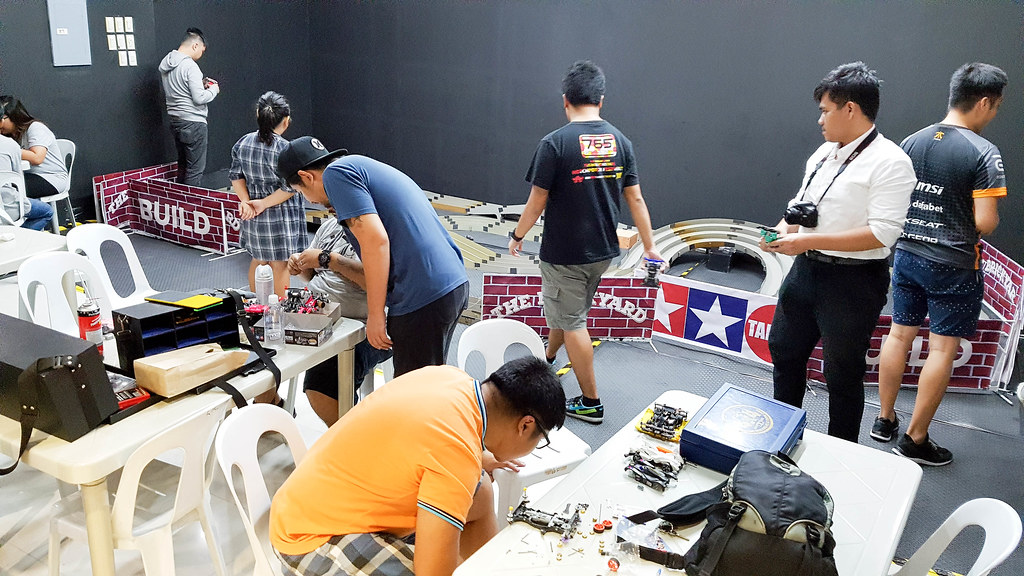 They also have a track on the back! A smaller one, but this curbs the time needed to line up! 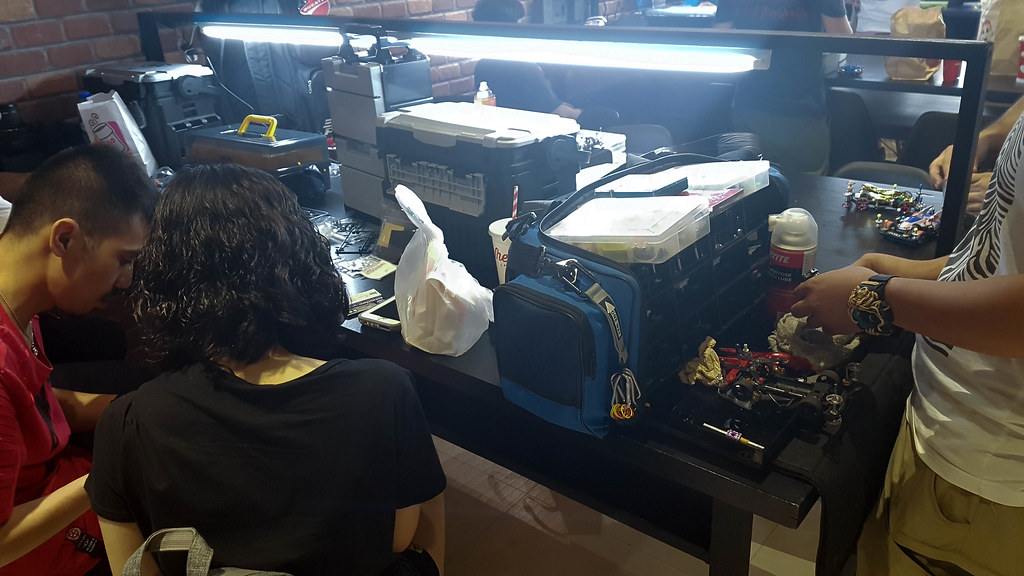 If the very idea of racing on the track was my first reason, the second reason was the modding portion. Aside from just buying and assembling the stock 4WD, the fun part is when you try to mod it and see which parts can help give your 4WD that extra edge in getting the best time possible. Do note though that there are “stock” rules wherein you race with the parts out of the box which is quite nice for people who dont have as much time or resources to do mods 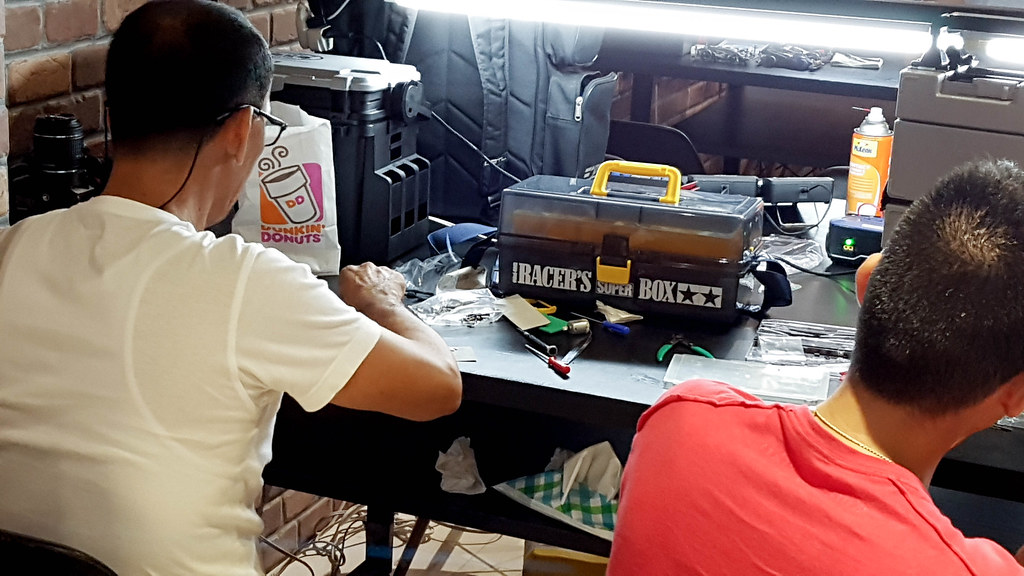 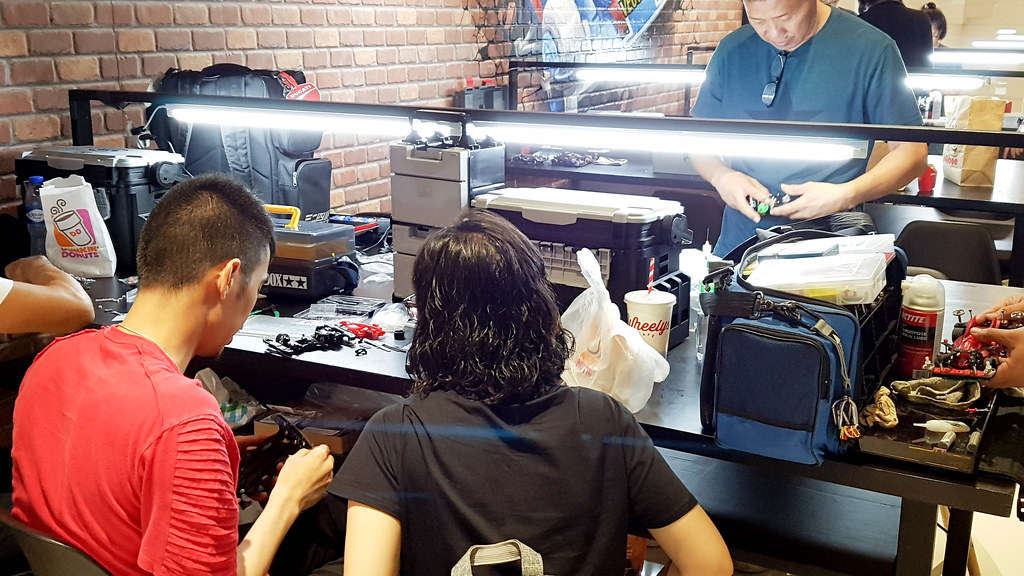 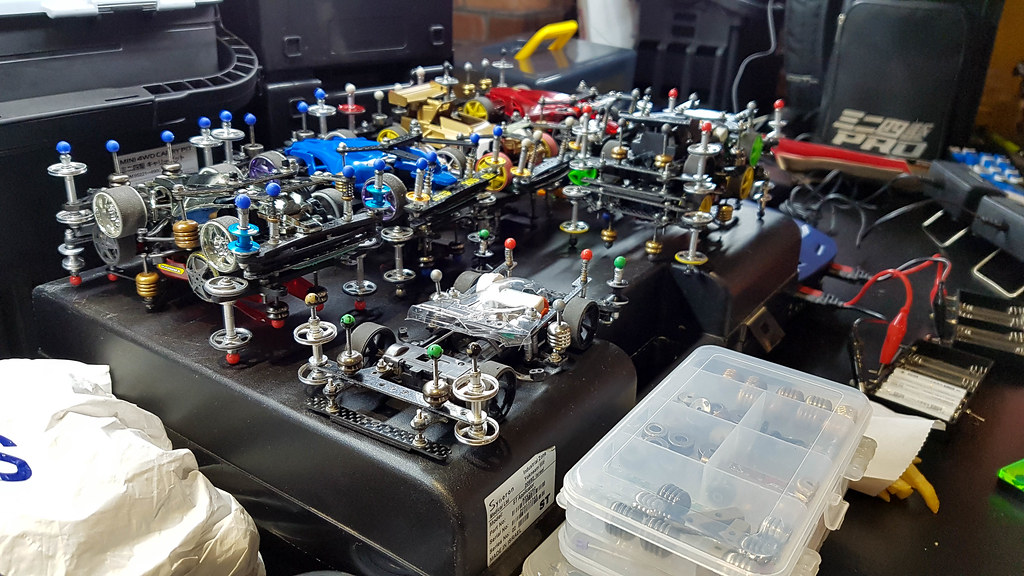 Despite being able to mod your 4WDs, there are rules though on what manufacturers are allowed or what sort of parts can be modded for official Tamiya matches. I heard there are also banned parts such as the plasma dash motors but i cant verify that ^^ I remember back then I was tuning the dynamoes of my plasma engines, but i guess that’s a no go now. 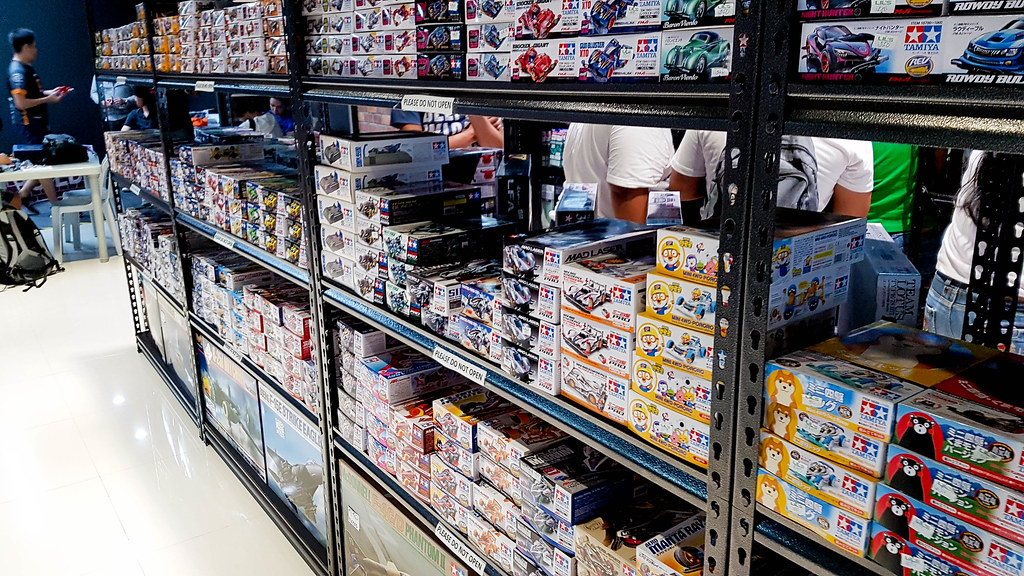 Despite modding is the fun part, buying the starting kit is where it all begins. Tamiya 4WDs are pretty affordable too. Hmmm I spot a Brocken Gigant there which was my very first 4WD. A lot of people tell me that the BG is the most used frame given how little plastic it uses for the weight and that it’s a FWD. I honestly just got it because it looked so cool hahaha 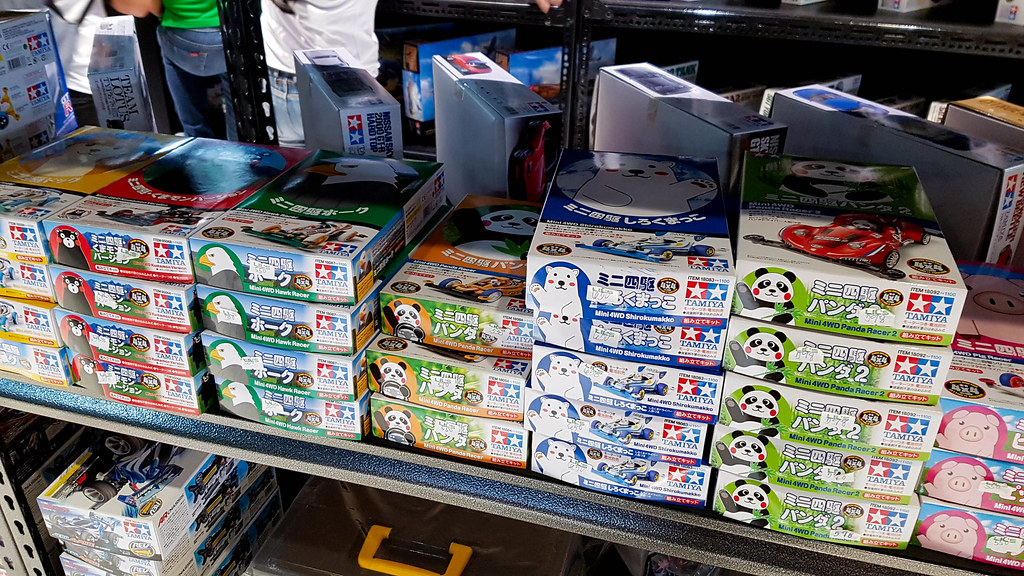 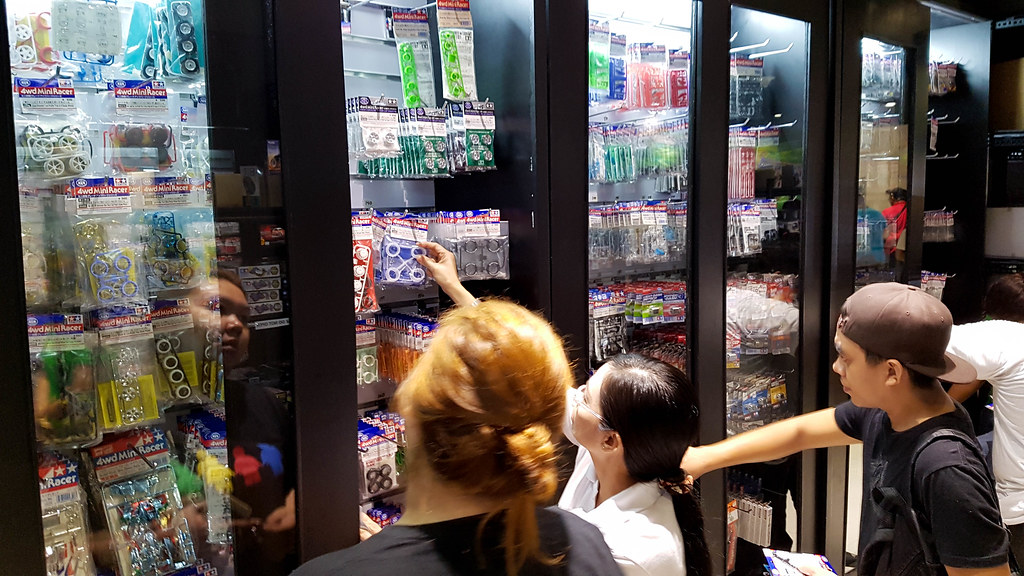 Naturally they’ll be selling first party modification parts such as wheels, shafts, rollers and the like. So if you want to get something, I guess everything is available here from the onset. 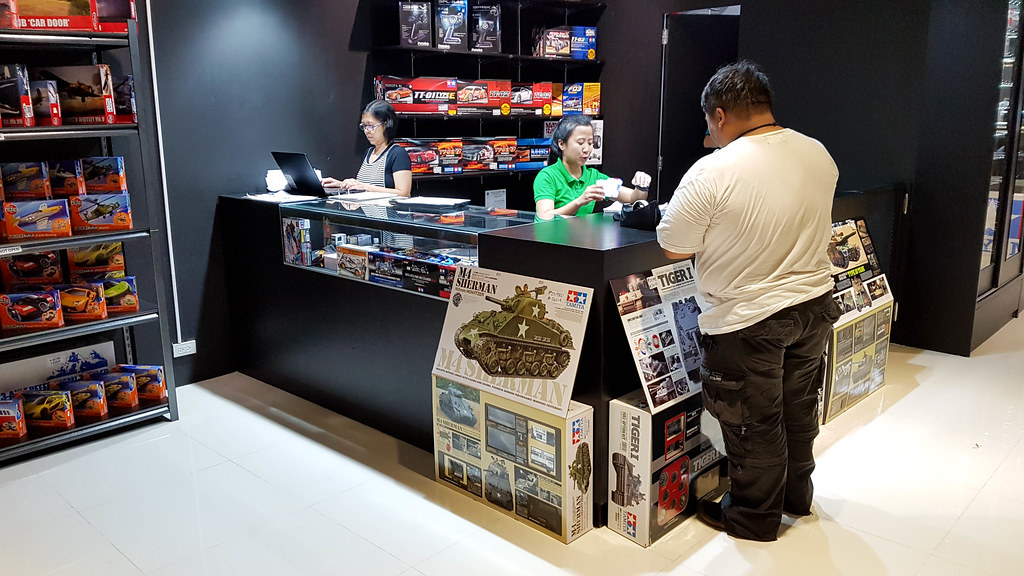 They also sell other things like model kits of Tanks, RC parts and more. 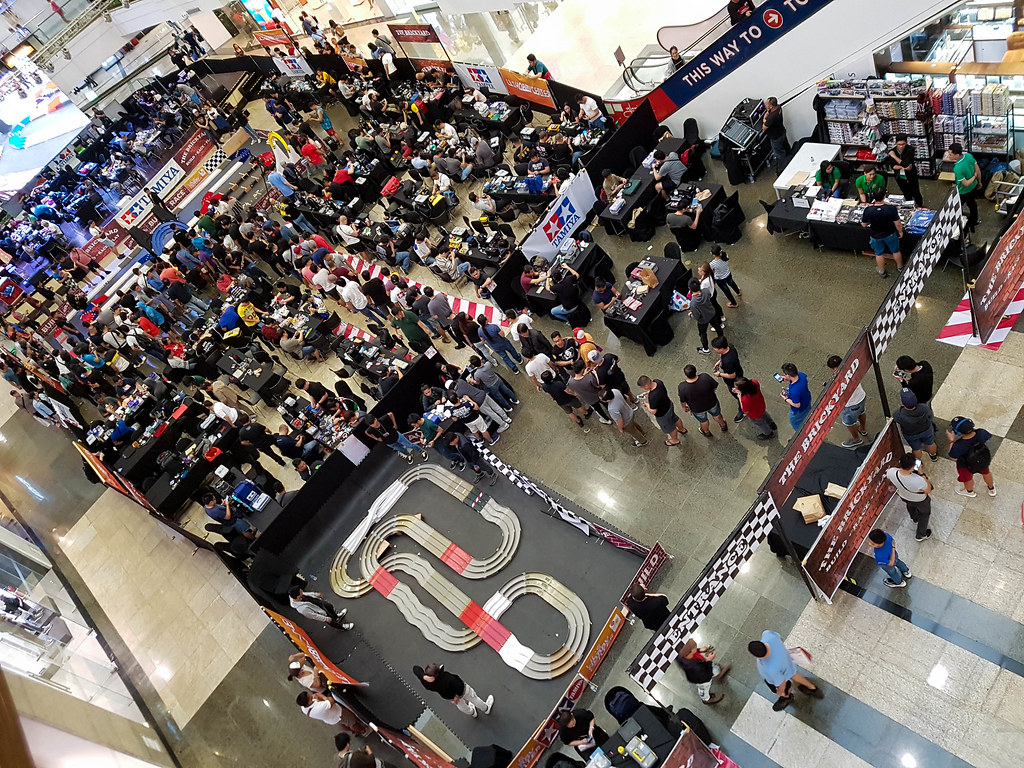 Aside from big public tournaments being a place to find which builder can make the best 4WD, it’s also a way for the host and Tamiya to promote the hobby itself and I think they’re doing a fantastic job showcasing both the racing aspect (as seen in the lines) and the modding portions (as seen in the amount of workbenches there are) 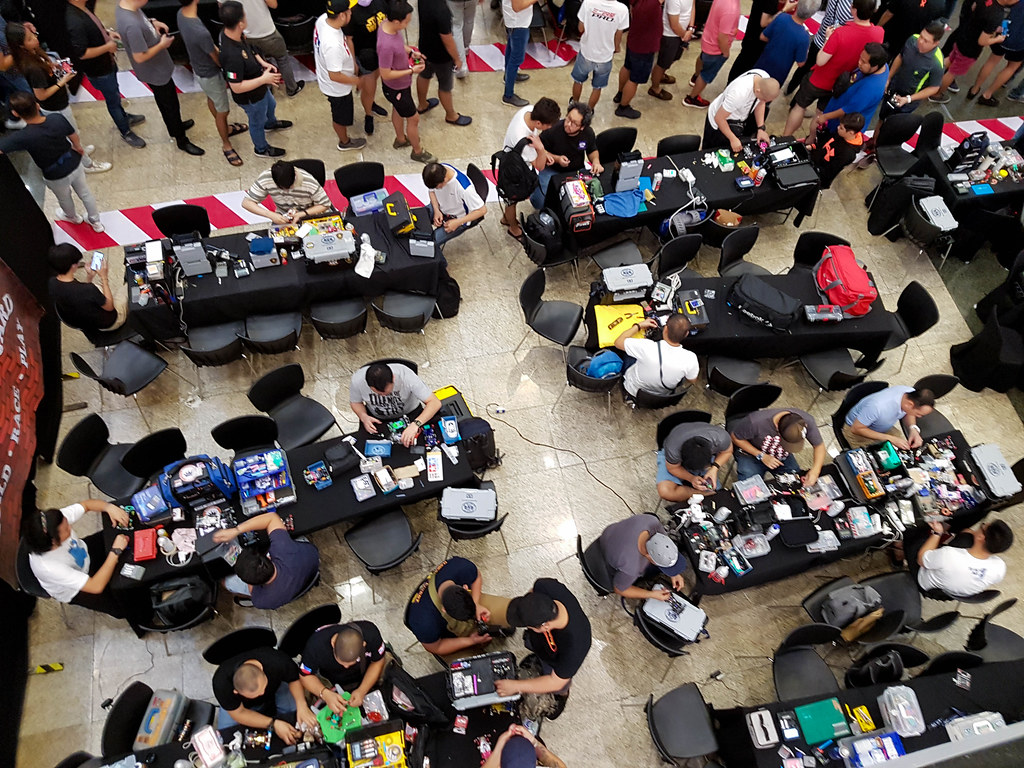 Some events are team based and I think this was one of them. 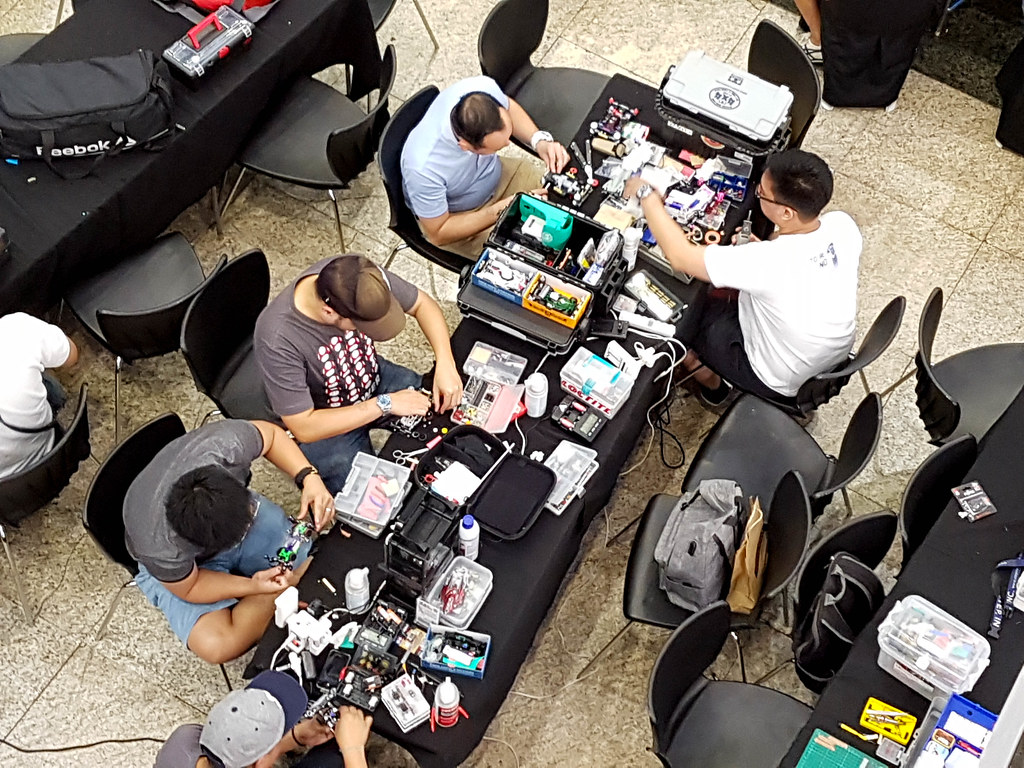 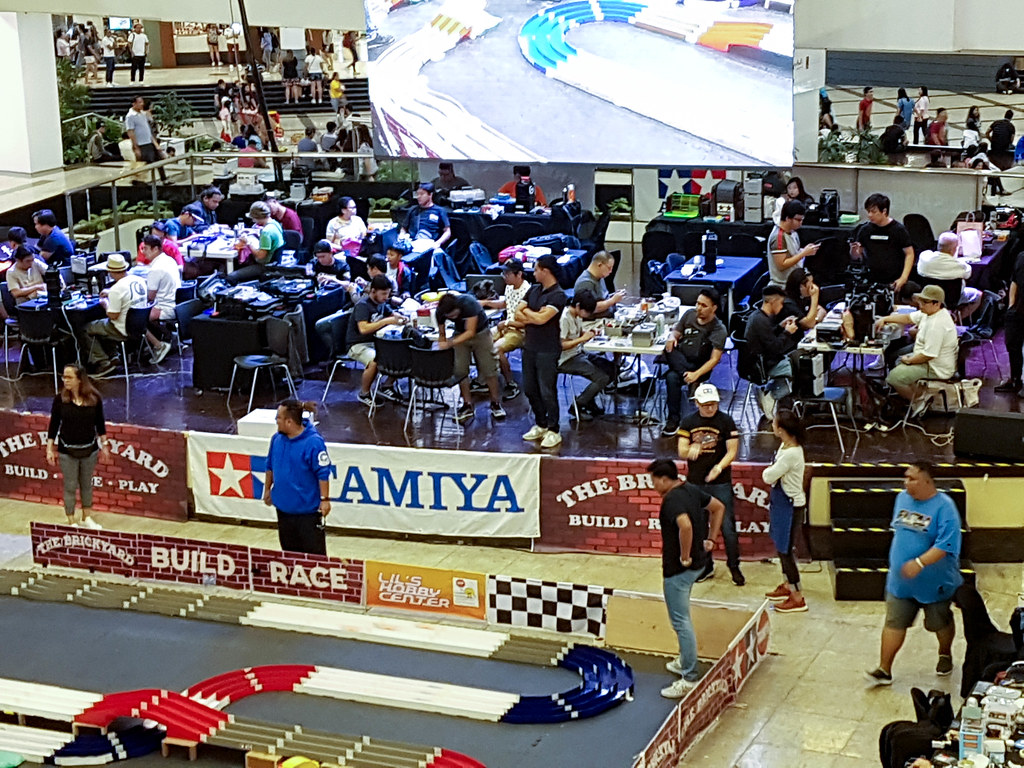 Stage area was used as a workbench area since the track was placed at the floor grounds instead.

For any of  you guys trying to get into the 4WD hobby or are curious to know what it’s about, feel free to visit Brickyard in any of their branches 😀