Honestly, doing this figure shoot is making me want to get a scoop of chocolate ice cream. 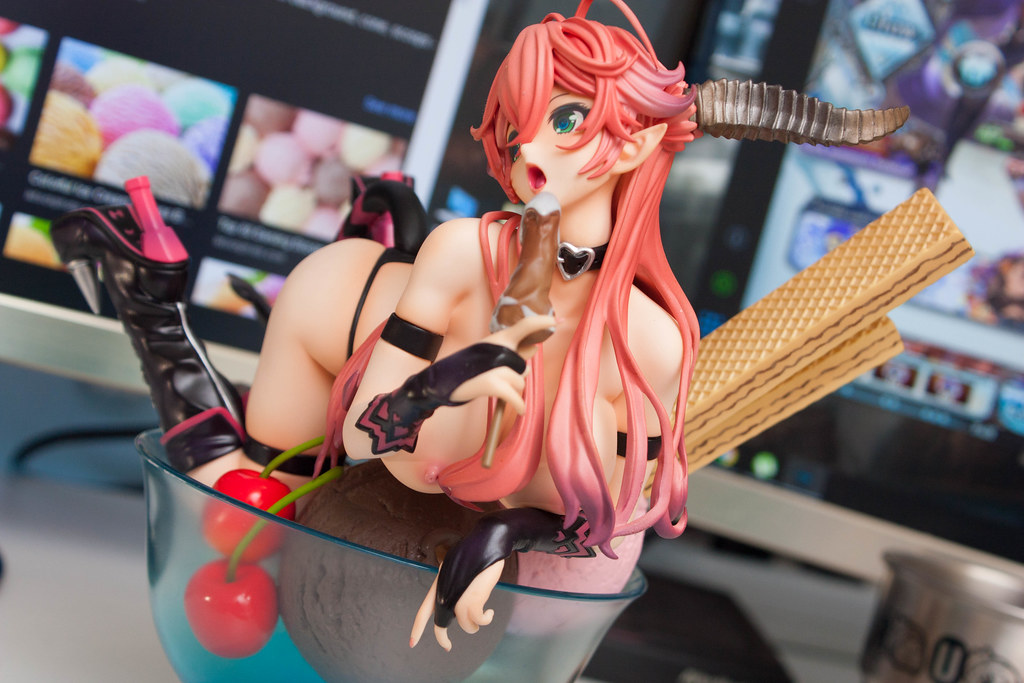 Love how Amakuni just went and made a figure with one of the best desserts paired with it so I decided to just give it a go see.

Been thinking of making use of a more casual looking backdrop much like Vaistar does since I think showing the figure in a more natural setting after purchase might bring something new to the table. 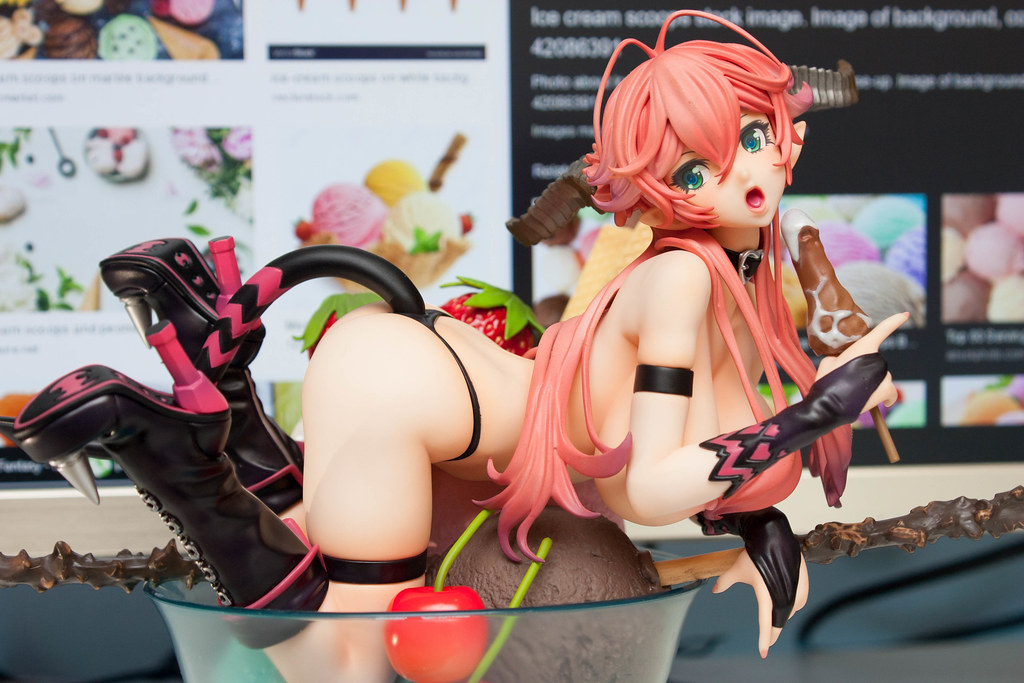 Not really a fan of Seven Deadly Sins’ Asmodeus character design but this figure really brings out a new dimension in her appeal. Her figure here really dials down the amount of strength and power that her character depicts and shows a more casual and sensual side of hers. 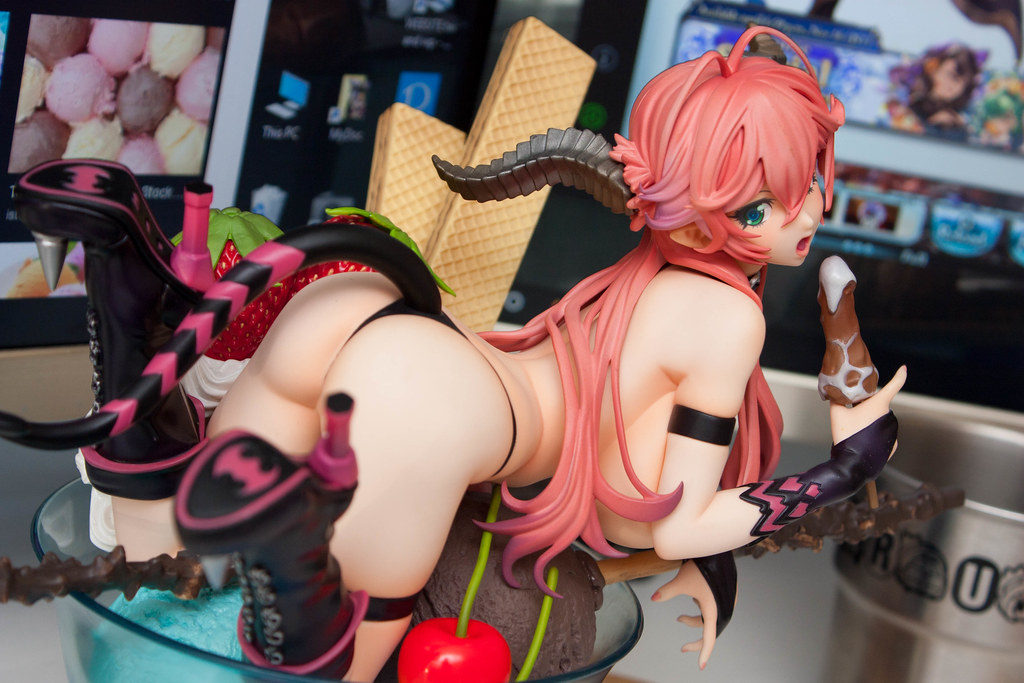 Aside from her obviously nice proportions, the one thing that got me was how well her hair was sculpted to flow down like that. It reminds me of how hair becomes clumped after a dip in the sea because of how sea water makes hair sticky. The amount of detail to it and adds a lot to the appeal. 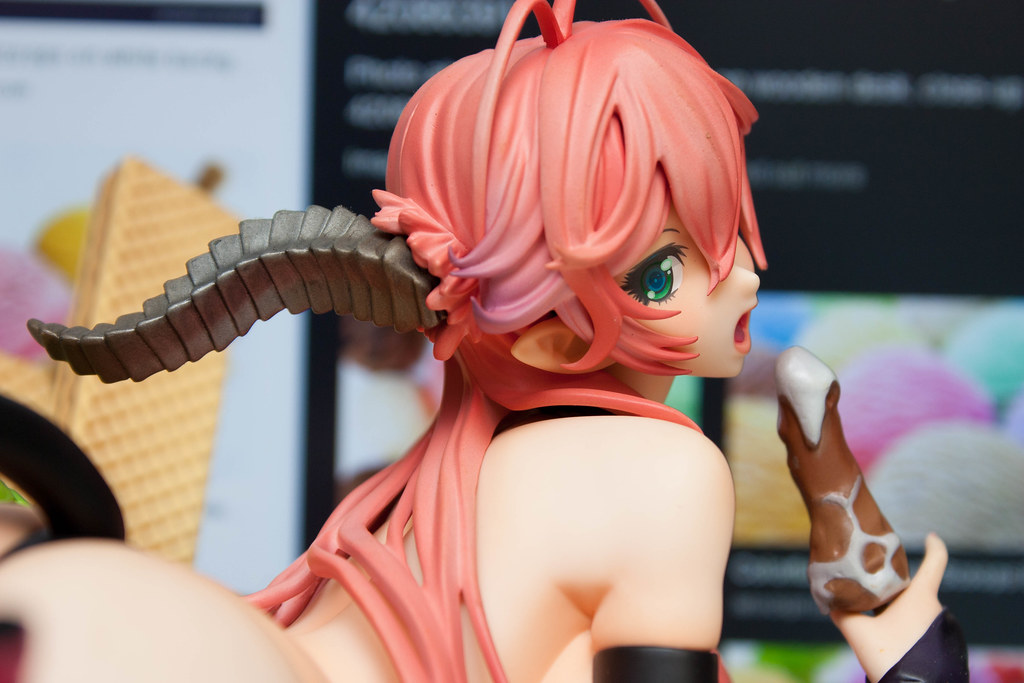 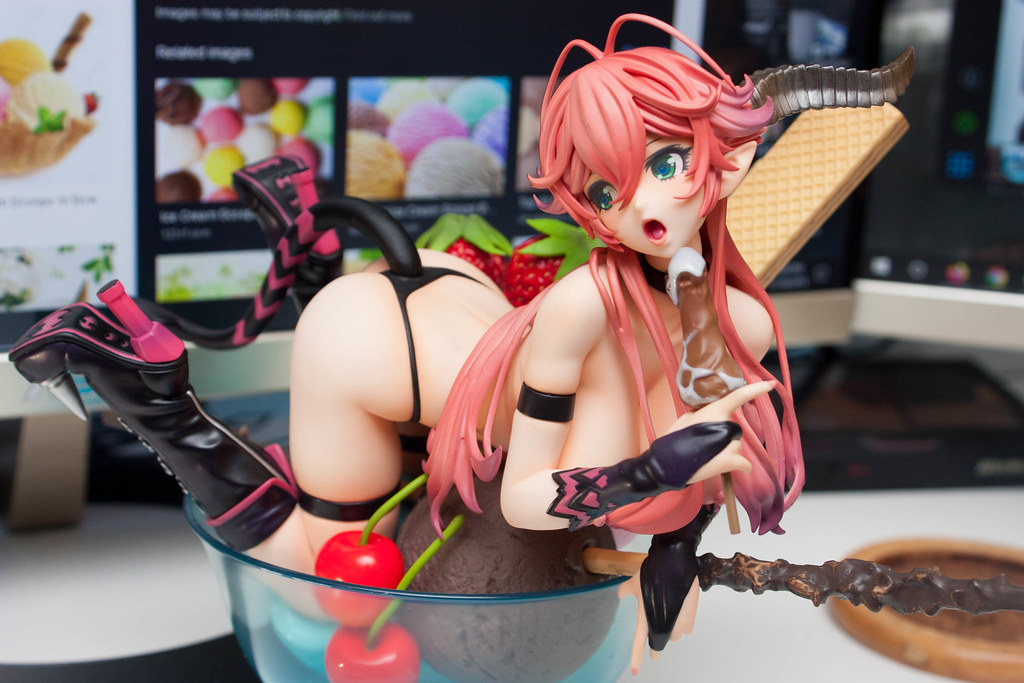 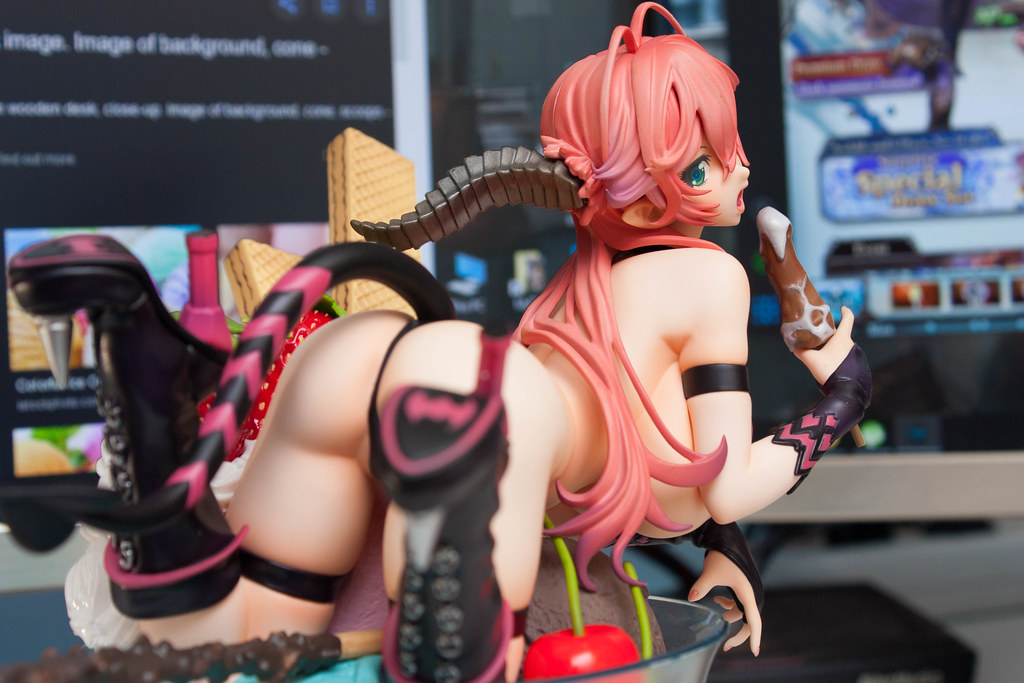 Yes, i know. A** Cream. That also came into mind. ^^ The folds on her subcutaneous fat makes her appear more thicc here than her other figures I think. 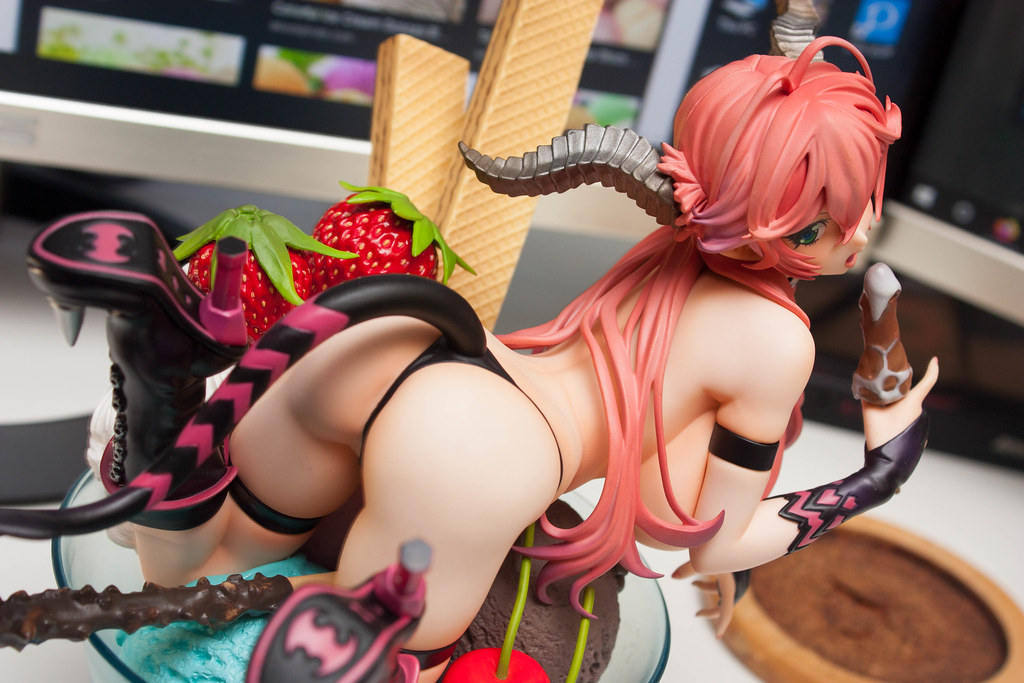 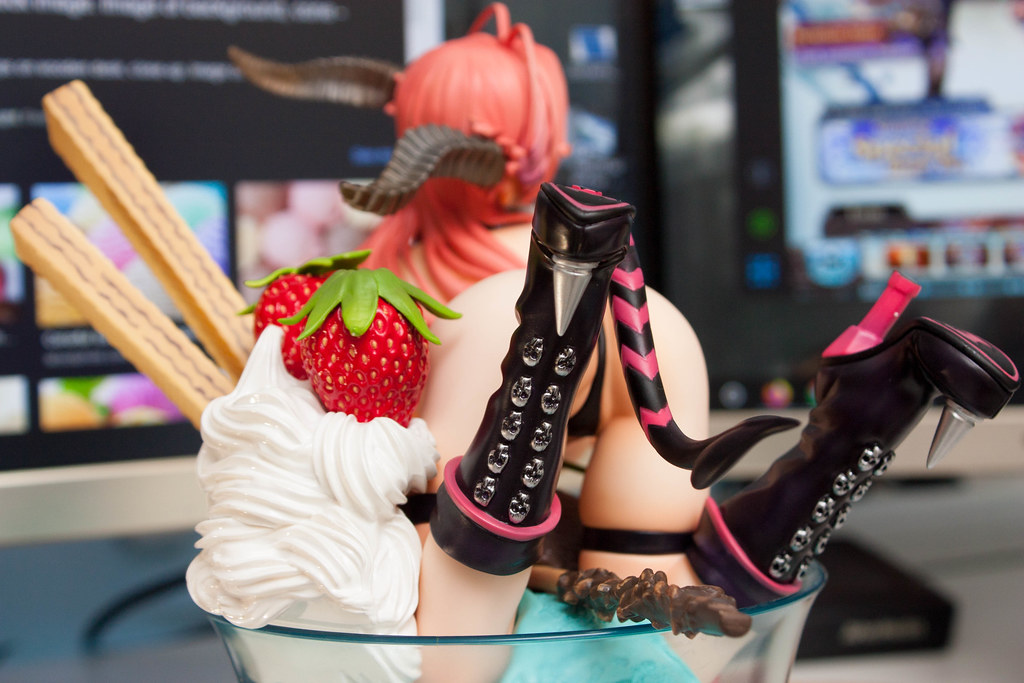 Her only other significant article of clothing are her boots and being the only piece of wear that she had, it made sense for Amakuni to make sure that her boots are nicely done. Sprucing them up with silver paint along with the soles being nicely designed in hot pink ensures that there were no boring viewing angles for the figure. 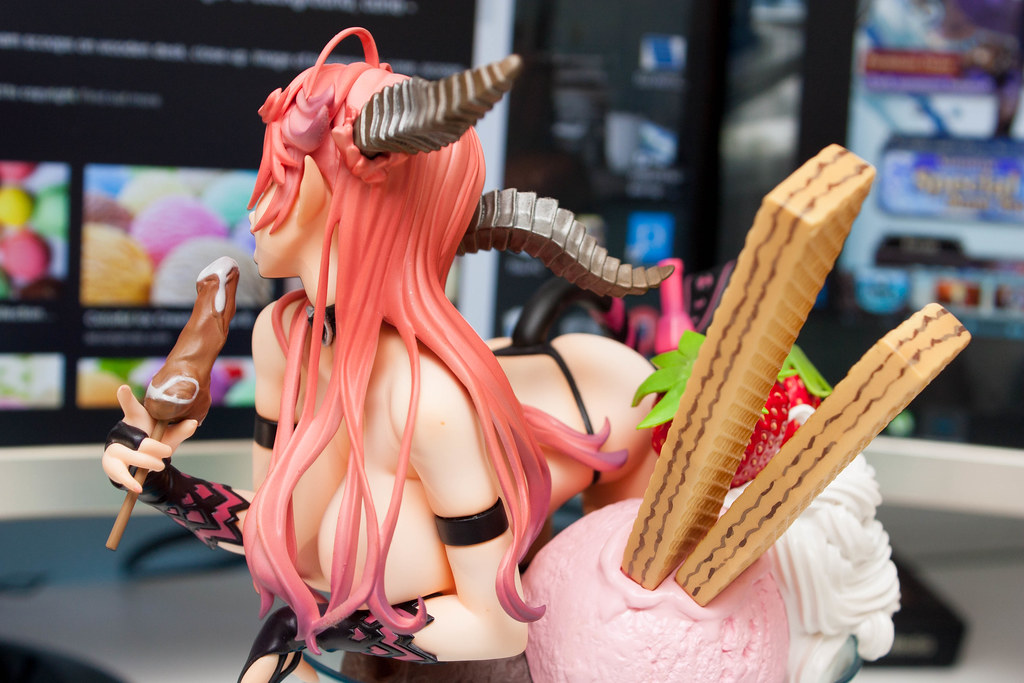 I like how her breasts were made to look soft despite being made from plastic here. Like i said, no boring viewing angle. 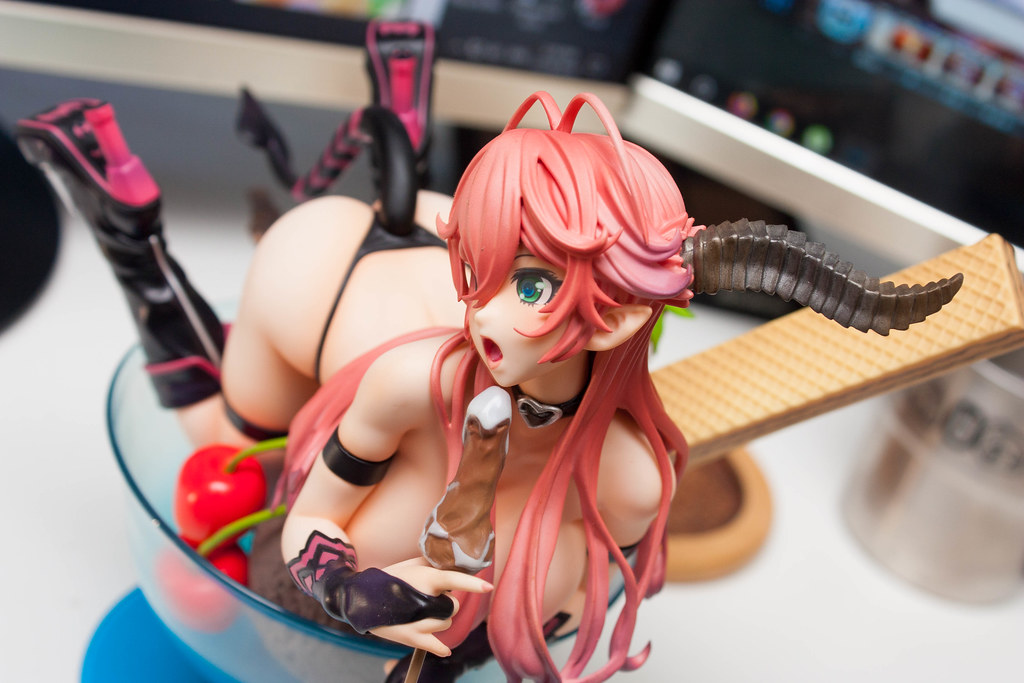 That long corndog she’s eating (i’m assuming real hard that it’s a corndog here ^^) slathered with mayo (another assumption ^^) is prolly the biggest innuendo this figure has as you may have probably guessed by now. Also pleased with them hollowing out the mouth portion instead of just making it a large red portion made to look like the mouth. 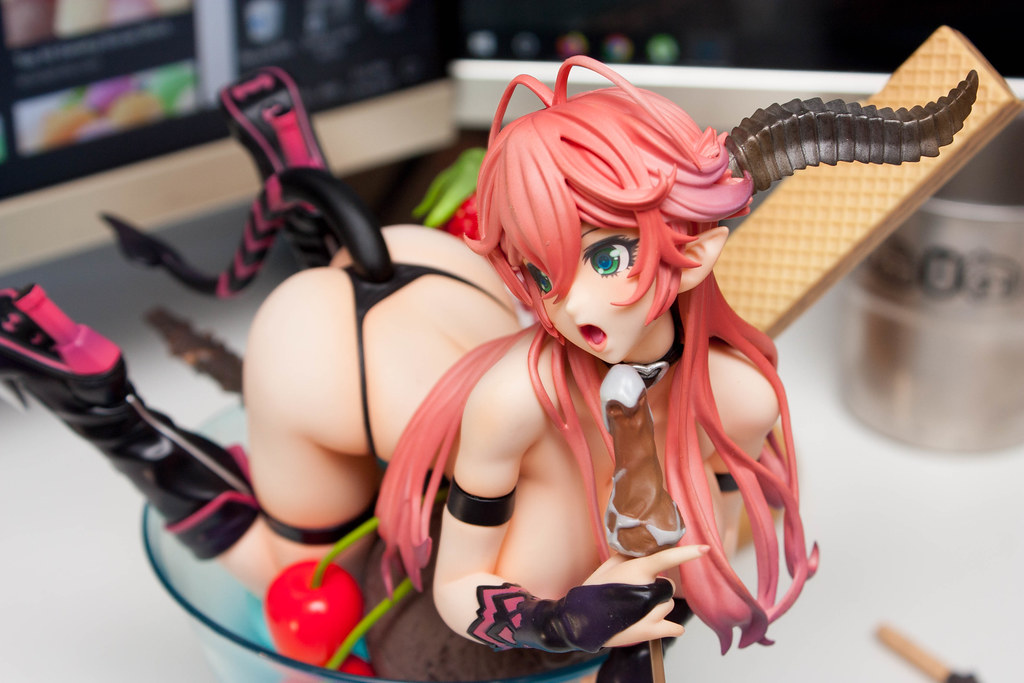 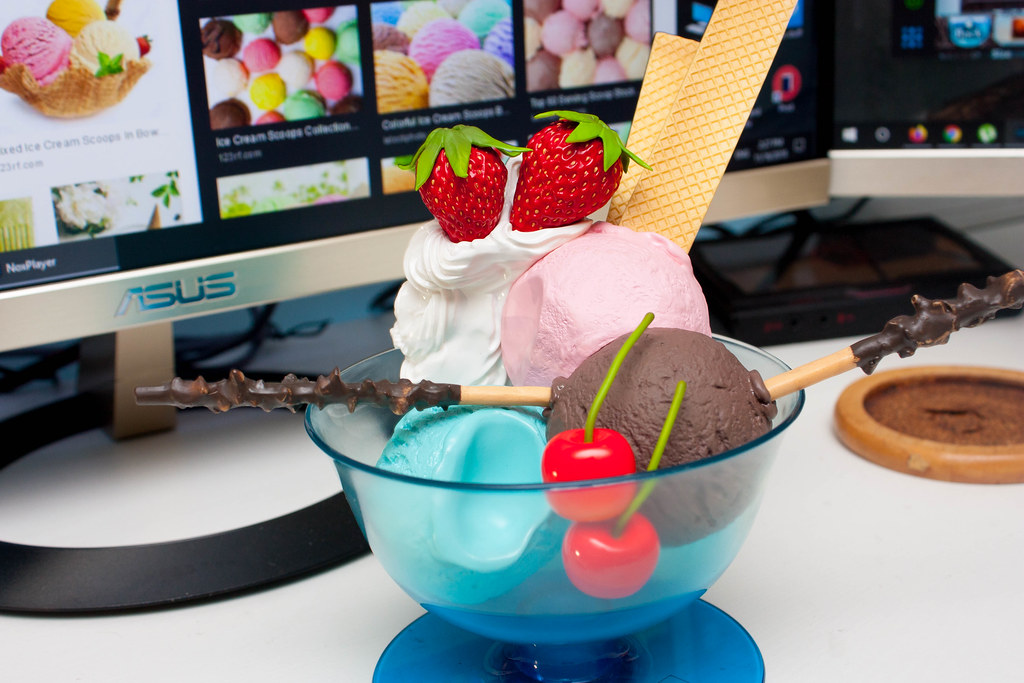 The ice cream scoops, whipped cream and the rest of the fake food gang looked well made, as expected of Japan as they’re very well known for making these items.

My only real complaint about this figure so far is how plastic looking that cup is. Since the Ice Cream are all spheres, you can easily place them in a similar, but better looking cup. 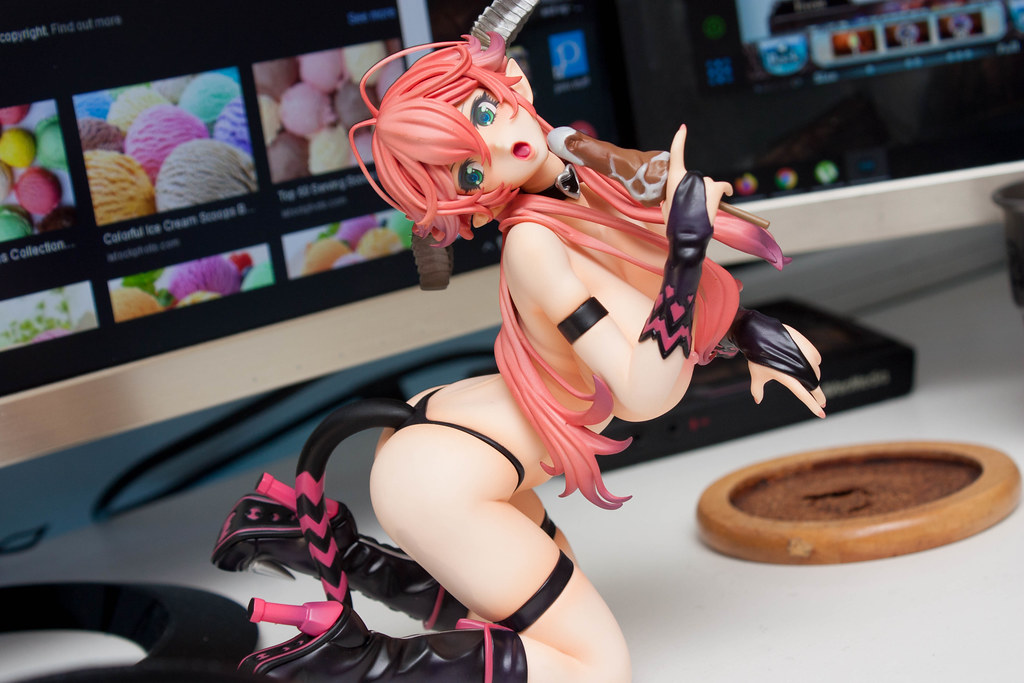 Asmodeus Ice Cream can also stand up right if you want her to but I wouldn’t really suggest it as her body doesnt look like it’s oriented in the right position if you do it like that. 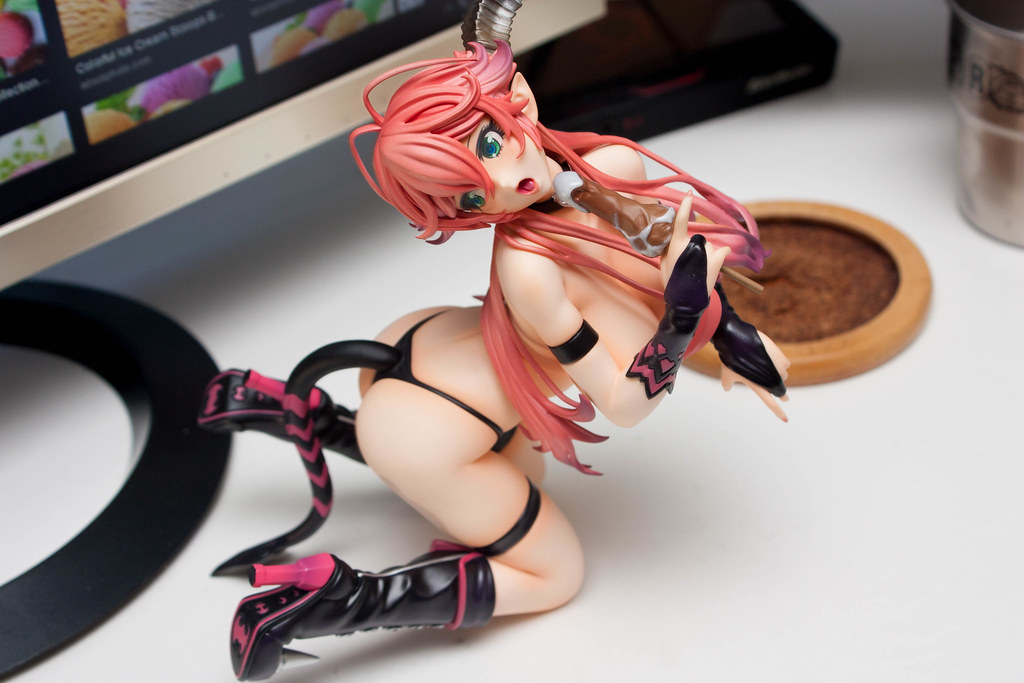 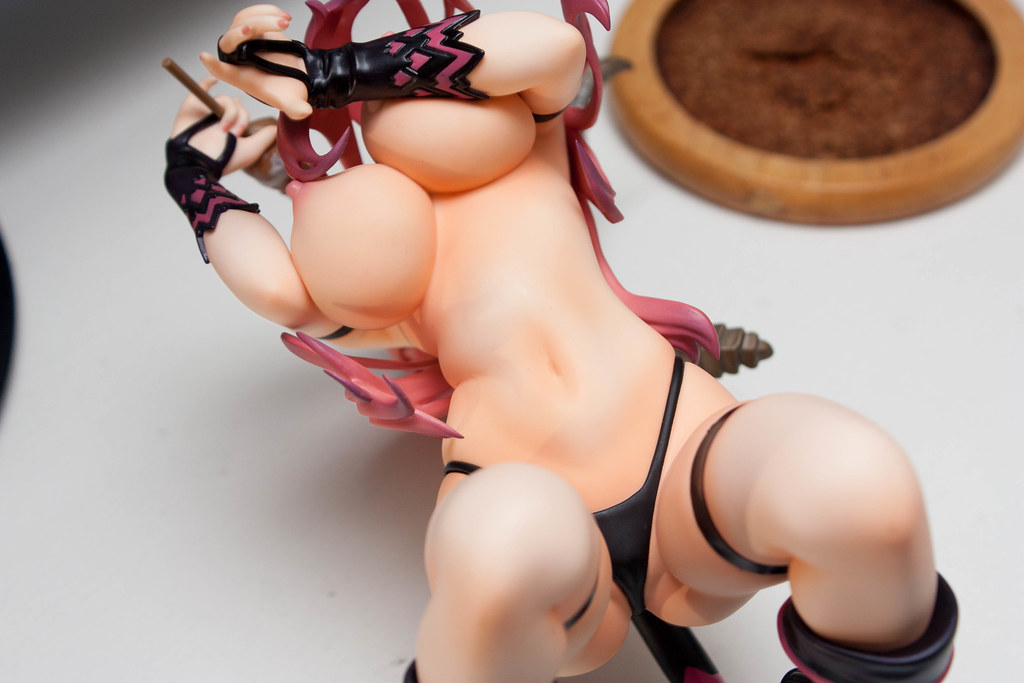 Nice to see how her skin folds were replicated all over even if it’s going to be covered. 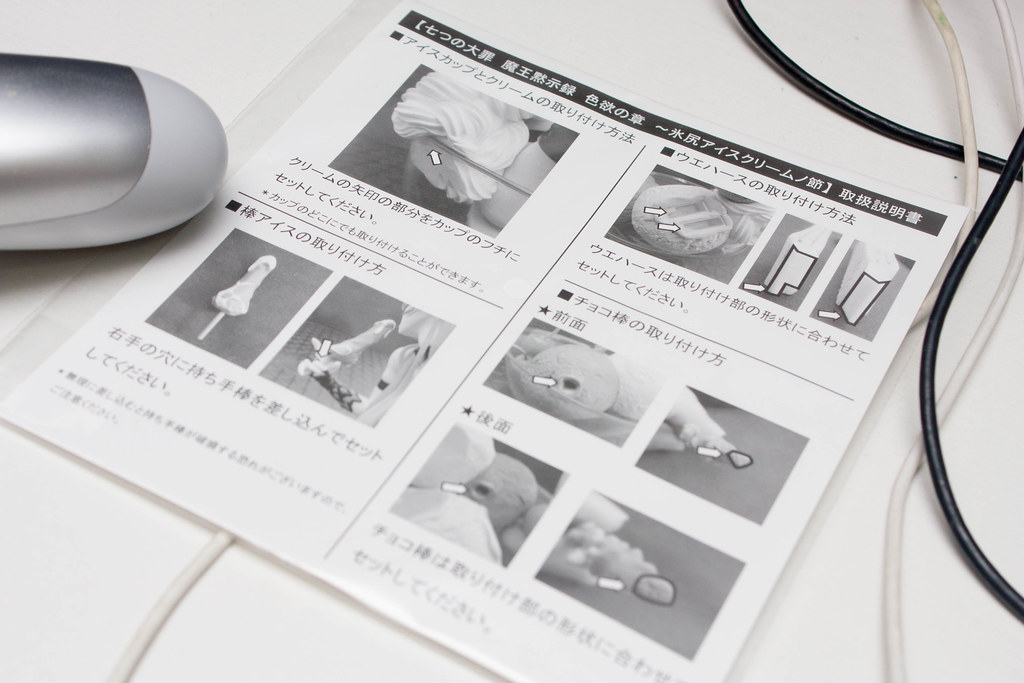 To be quite honest, setting up the base was more complicated than it looks. Everything is quite setup that you can’t switch which ice cream goes on top, so it’s pretty important to read this little piece of paper. 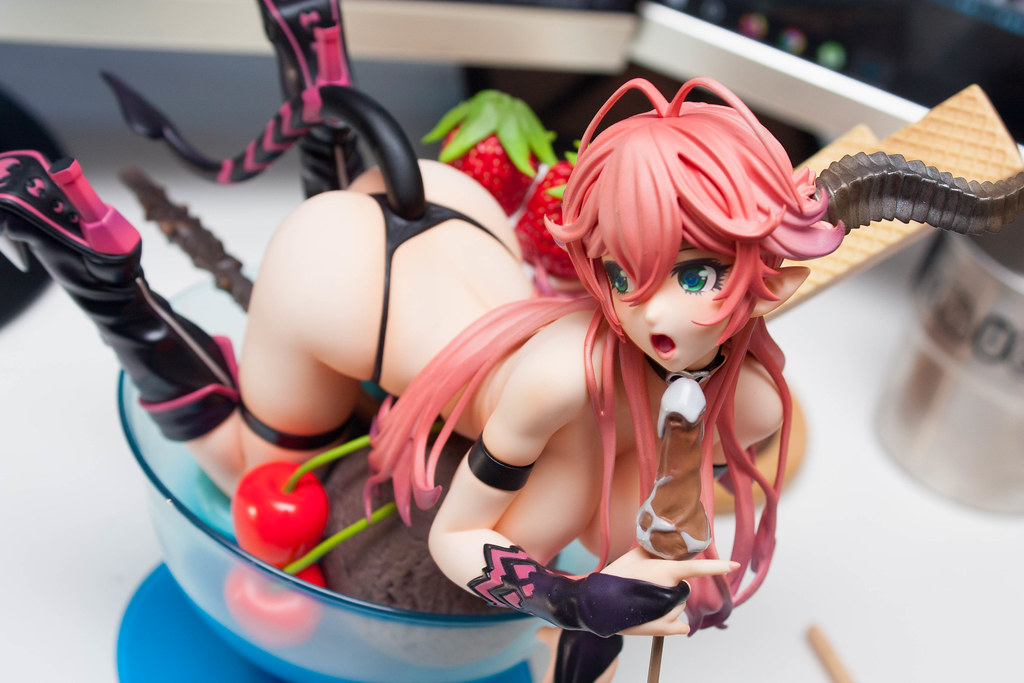 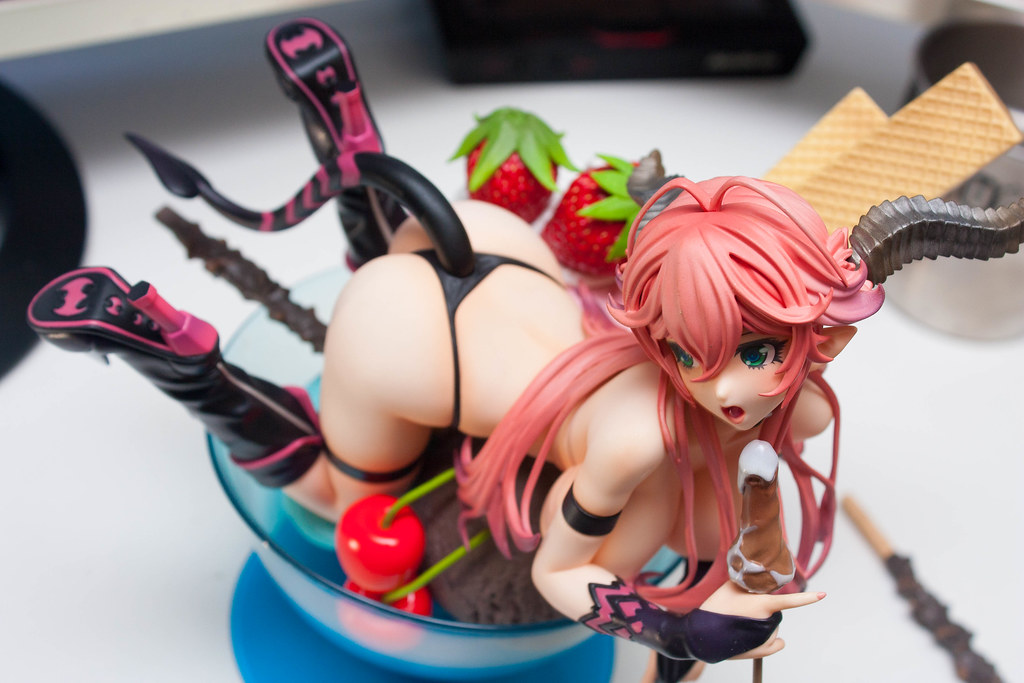 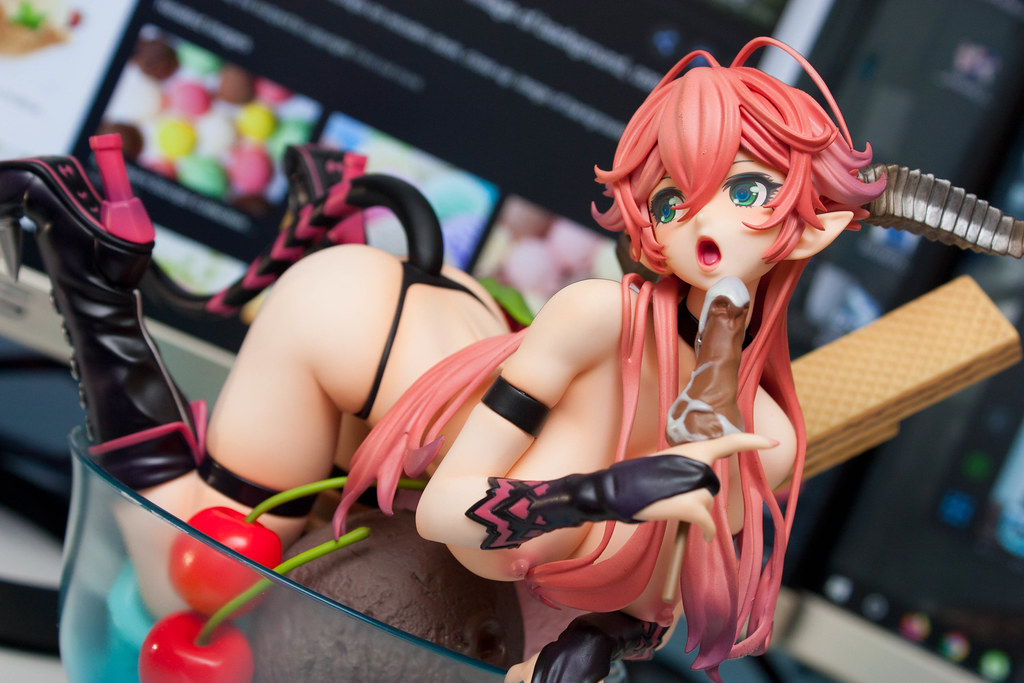 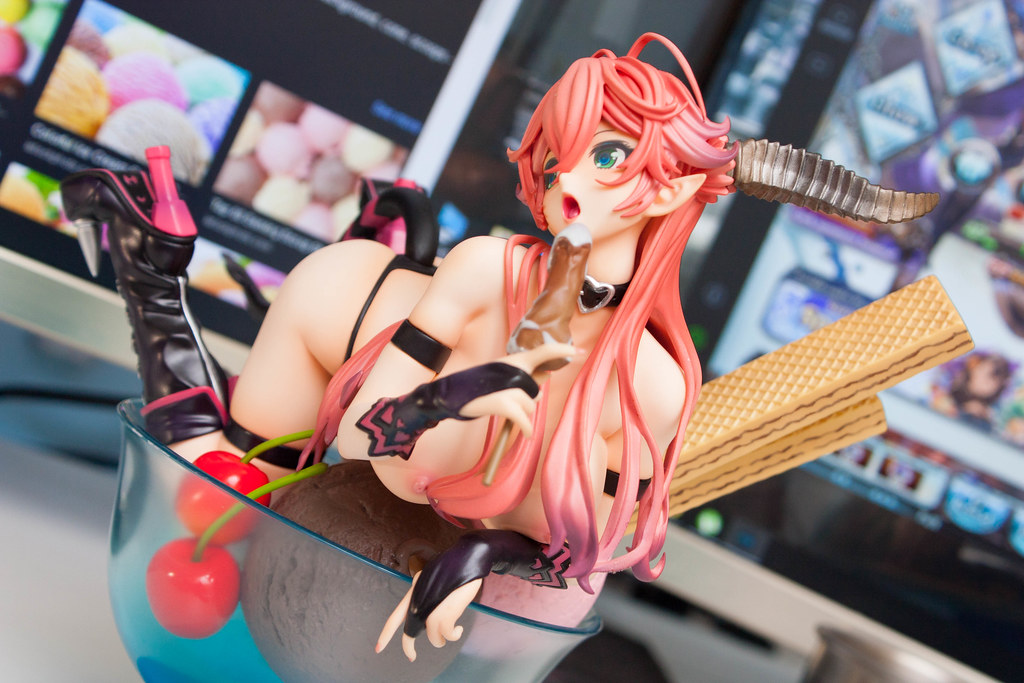 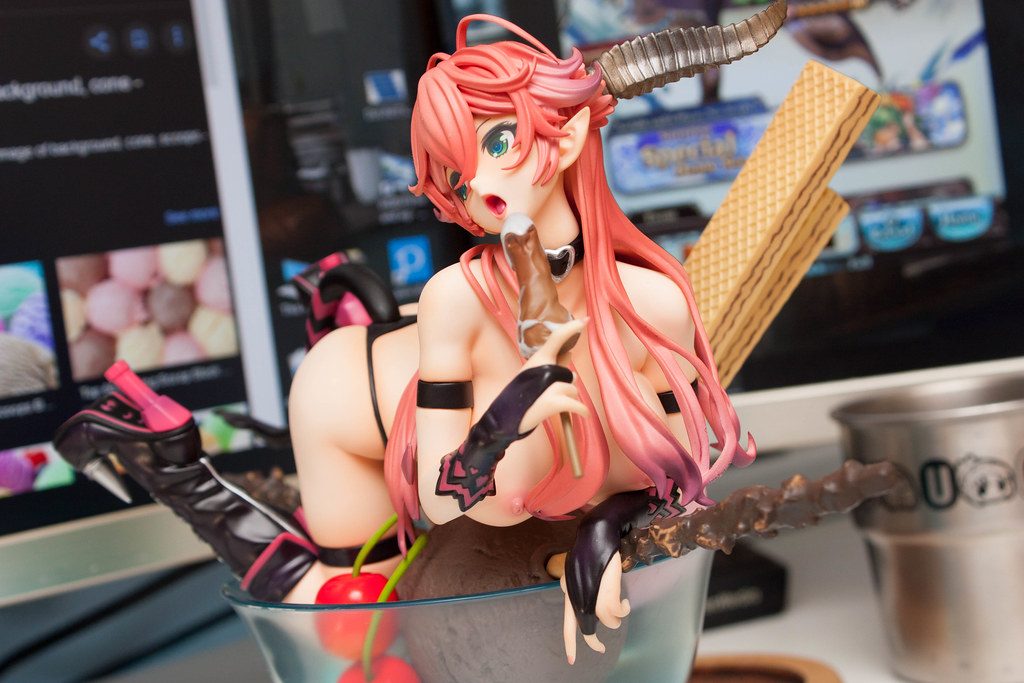 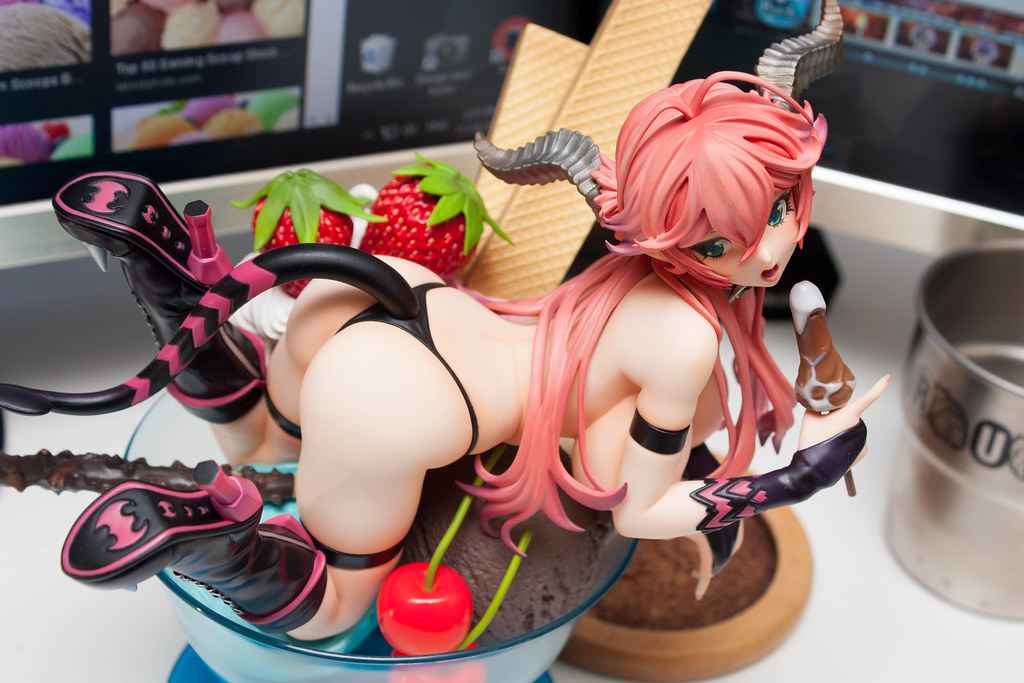 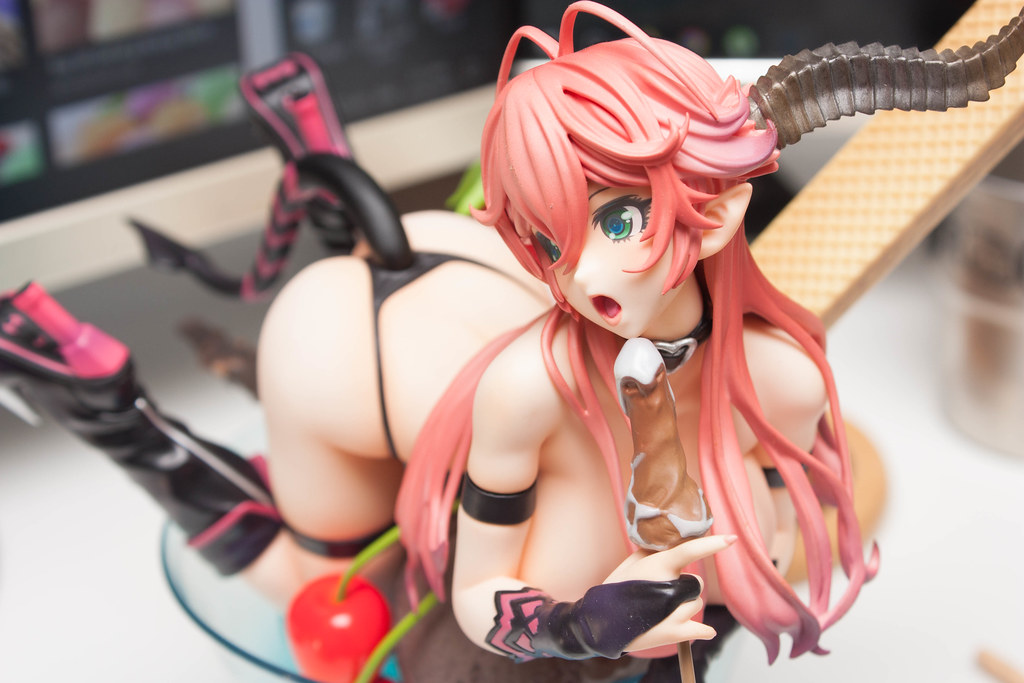 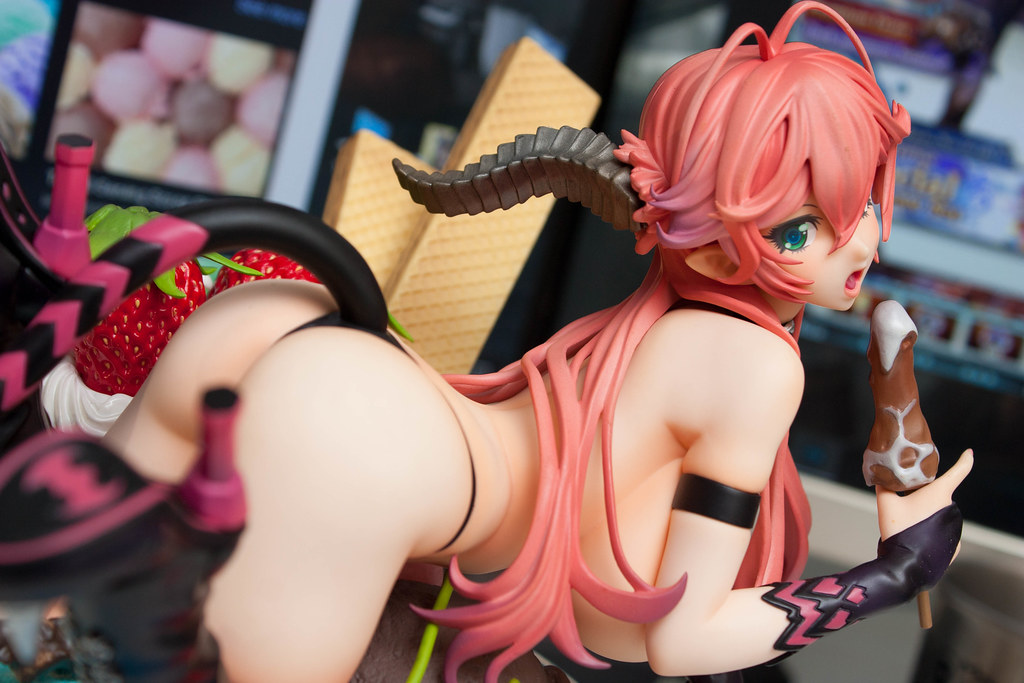 Best part about the Asmodeus Ice Cream figure from Amakuni is you can pose it top shelf, center or bottom and you’d still be treated to a good viewing angle in any part of your shelf or display cabinet.