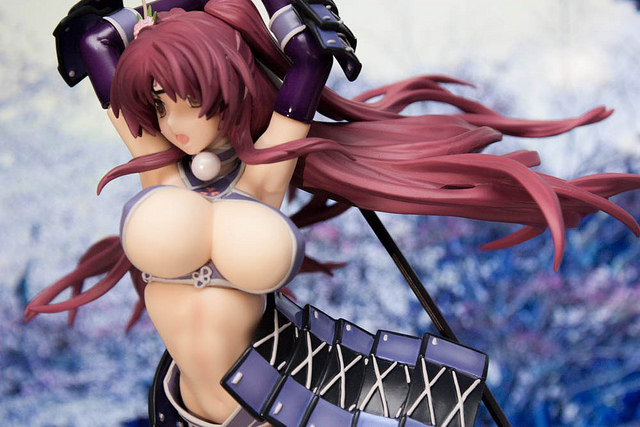 Obviously, I’ love Amaduyu Tatsuki’s character design and I’m a huge fan of his work in Aquaplus so far. His work is arguably one of the most quintessential examples of “moe” which is especially prevalent in a lot of visual novels. Sometimes though some figure makers would come by and make it less moe and more on the real (or at least as close as it can get ^^), so seeing one of my fave characters translated into something else is a always interesting. 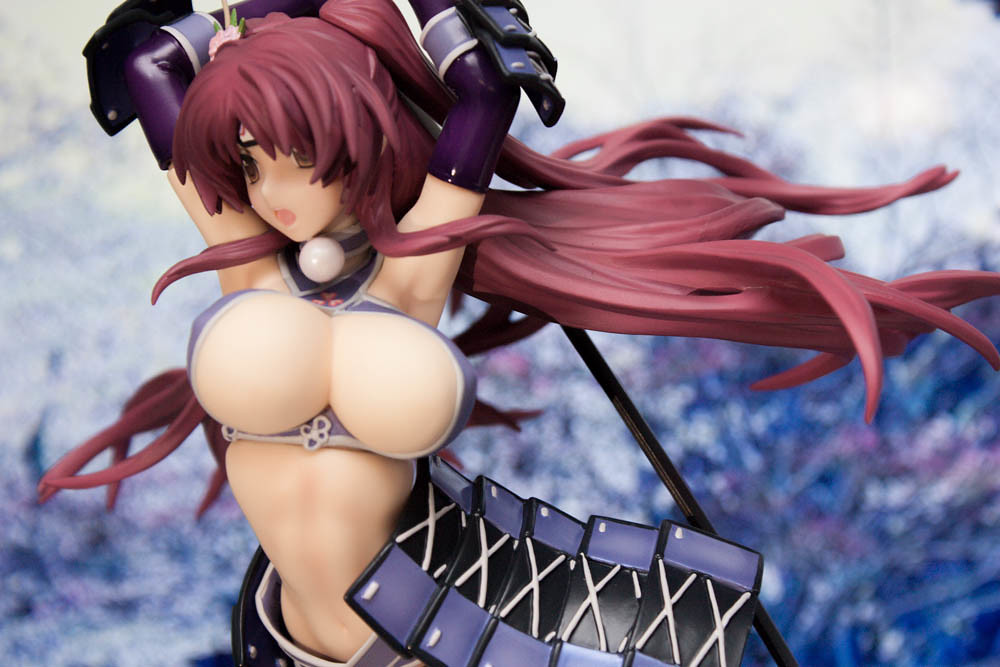 This one’s made by Orca Toys, which isn’t as well known as say GSC or Alter, but they’re able to provide good quality figures nonetheless.

Also, I’m pretty aware that it took a while before I actually made this entry. I’ll have to talk about procrastination and choice priority soon just to make things in line later on. For now, let’s stick to Tama-nee ^^ 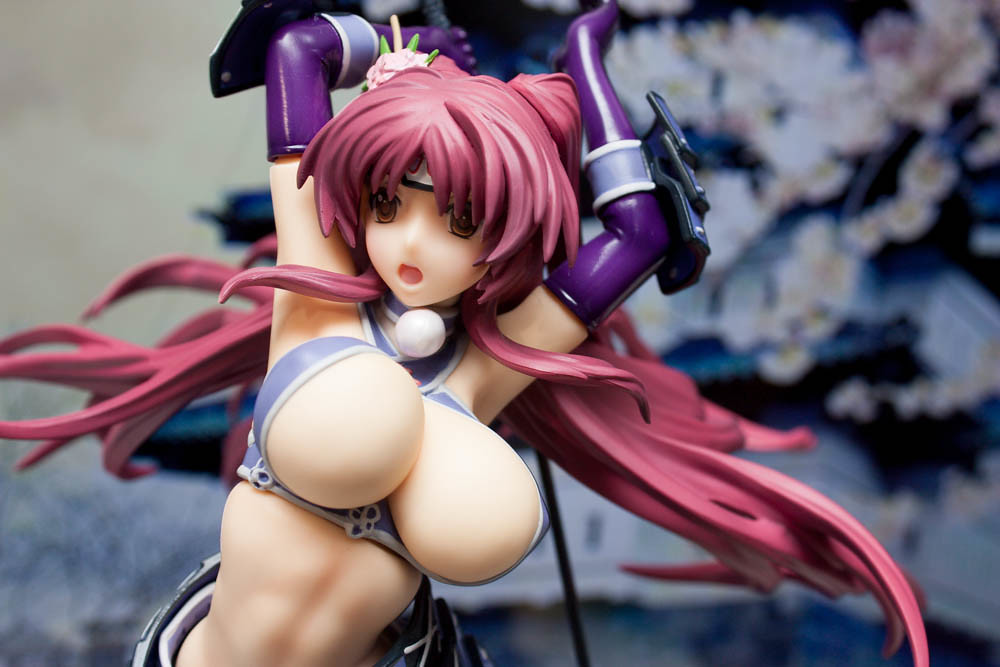 There have been several figures for the Dungeon Travellers’ Samurai costume, so objectively speaking they’ll need to make sure that the figure not only stands out among other figures, but also among figures of the same character in the same costume. Two things that stood out when I was taking photos were Tamaki’s flowing hair and her really toned abdomen. 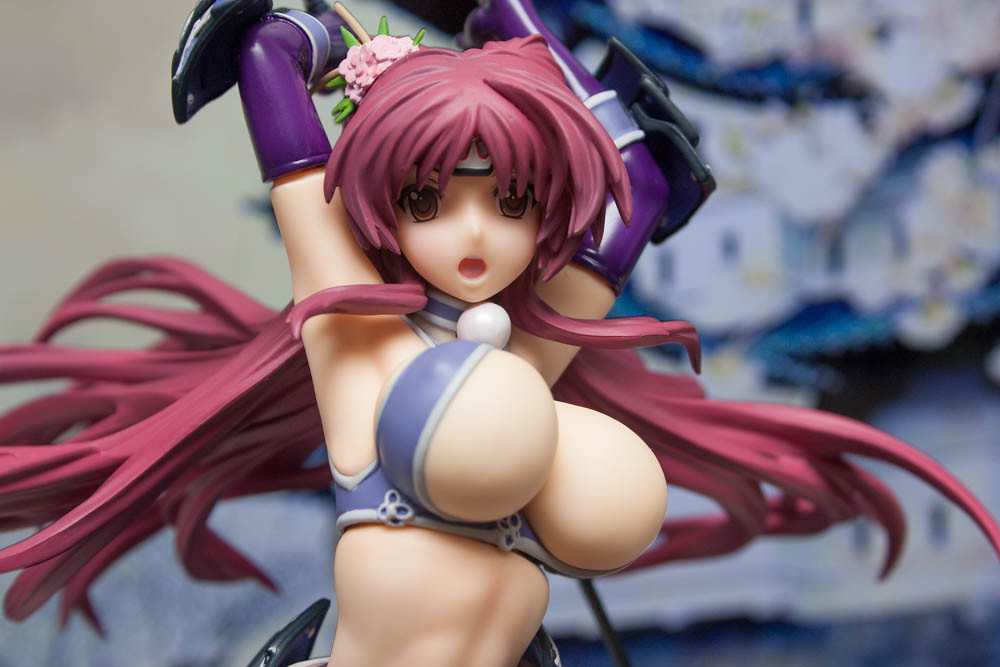 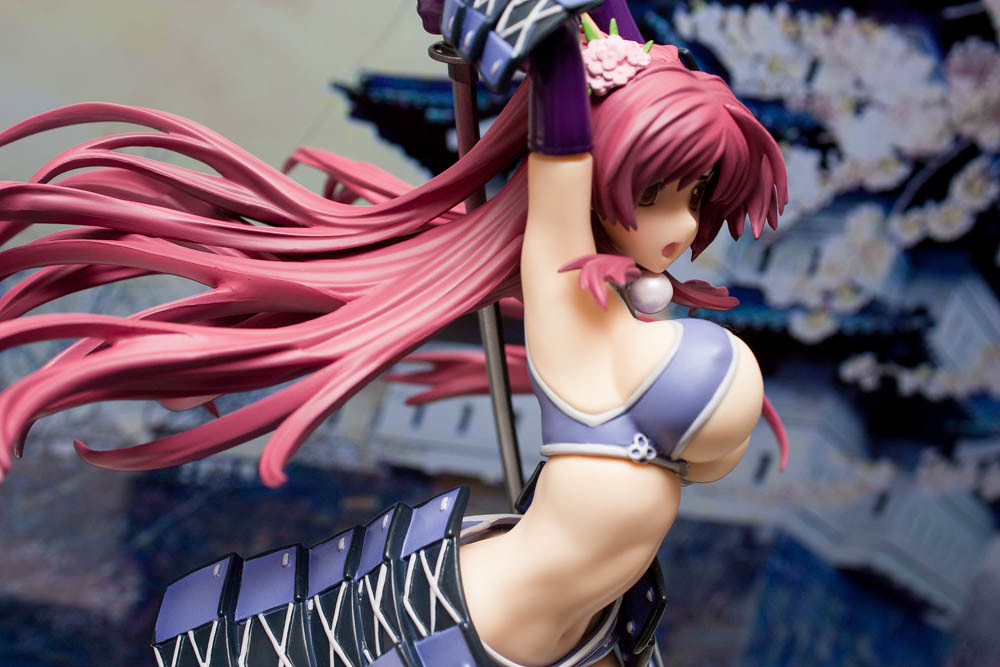 The hair might look clumpy from the front, but that’s because the focus really is on the back portion of it. Since she’s supposed to be in the middle of an action it would make sense that her hair is in mid movement as well. 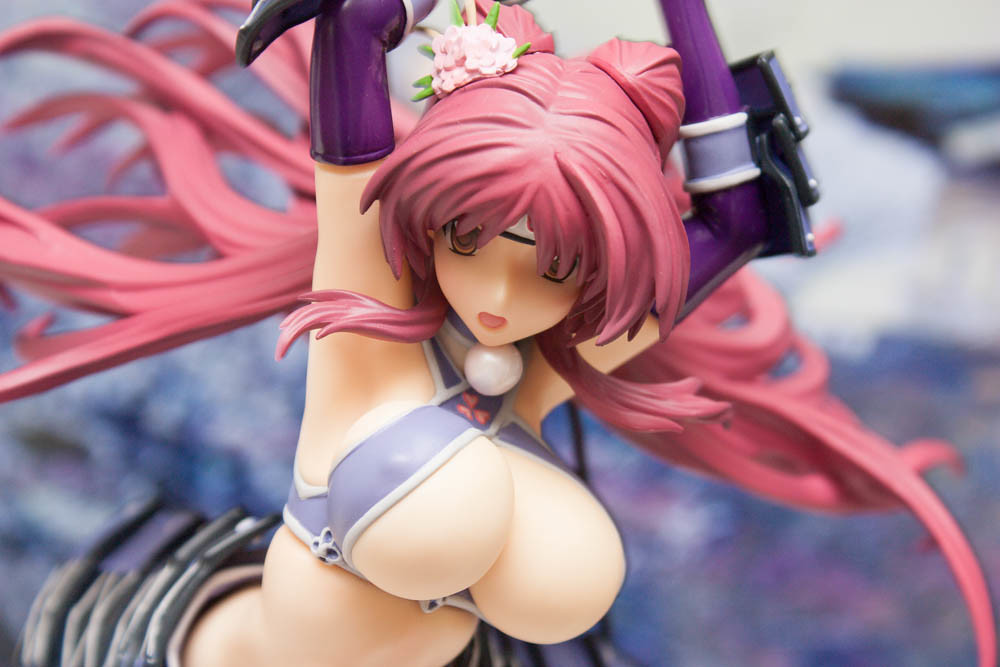 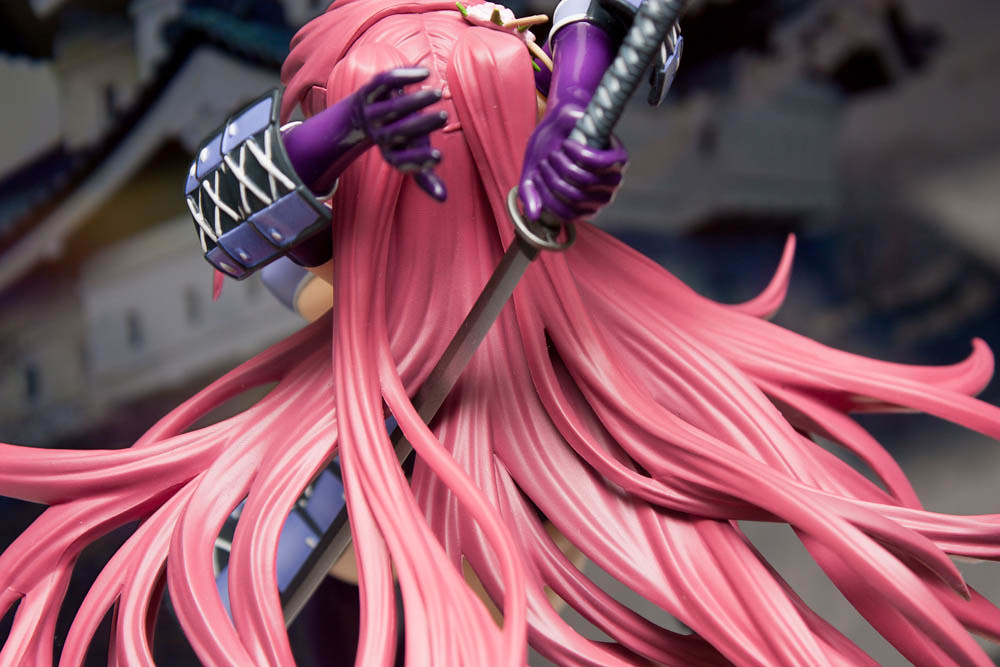 Really nice grooves on the hair here. It’s a shame that the back portion is the most detailed instead of the inner side of her hair since the figure will be facing the front most of the time. I wouldnt recommend putting this figure down shelf, as her body isn’t completely arching upwards and her bangs get in the way of her face. 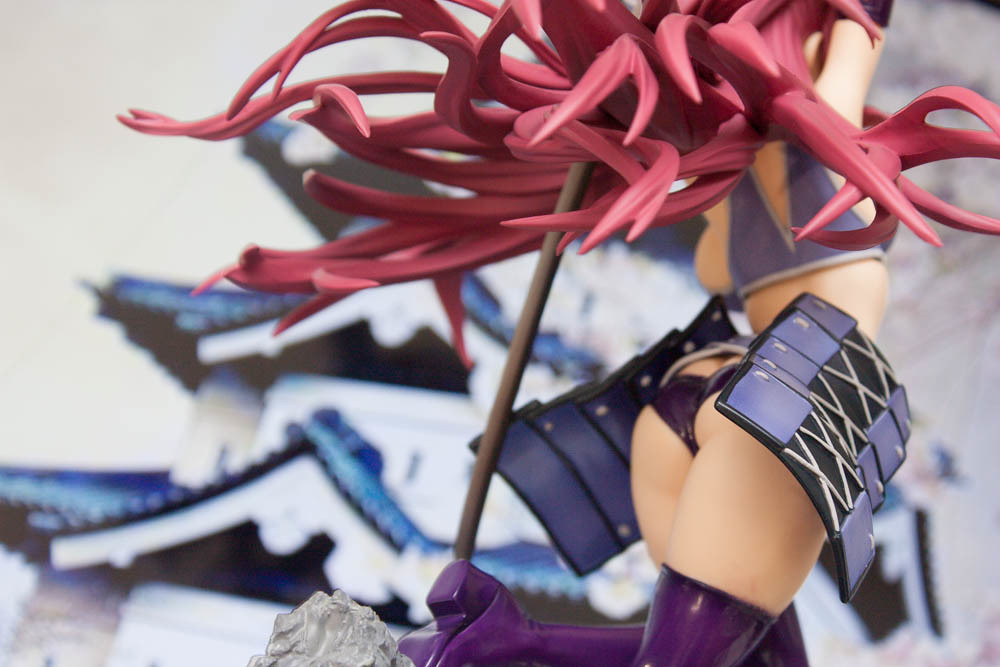 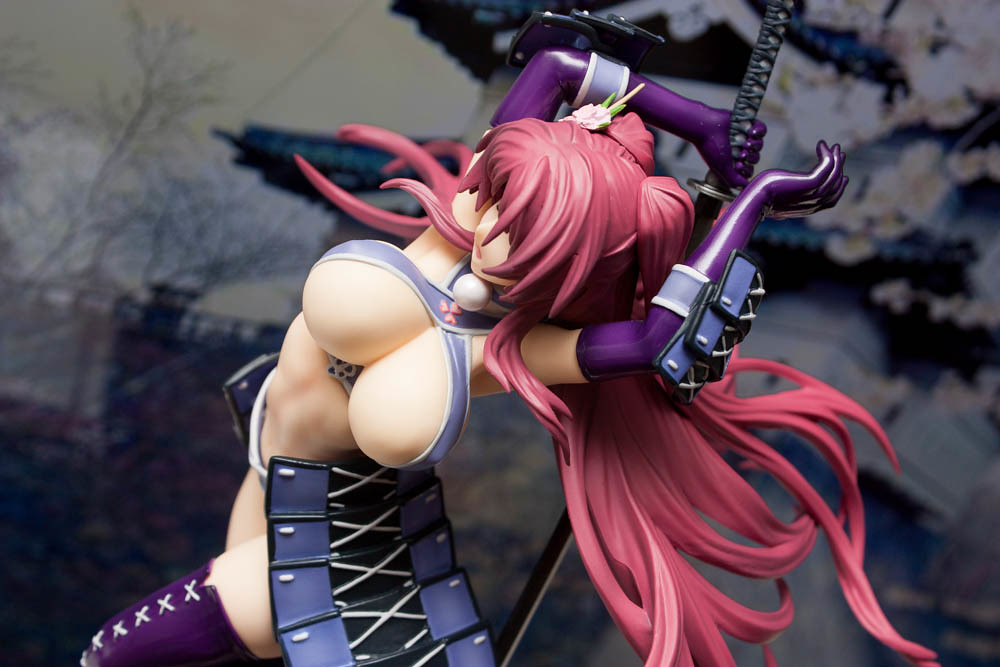 I believe i mentioned that her abs are the second most noticeable thing in this figure since she’s bending a bit backwards (about to slash downwards, or is she coming from a leap? Who knows ^^). The sculpting on her really well toned body is certainly appealing and I’d put her mid or top shelf to make it stand our more. 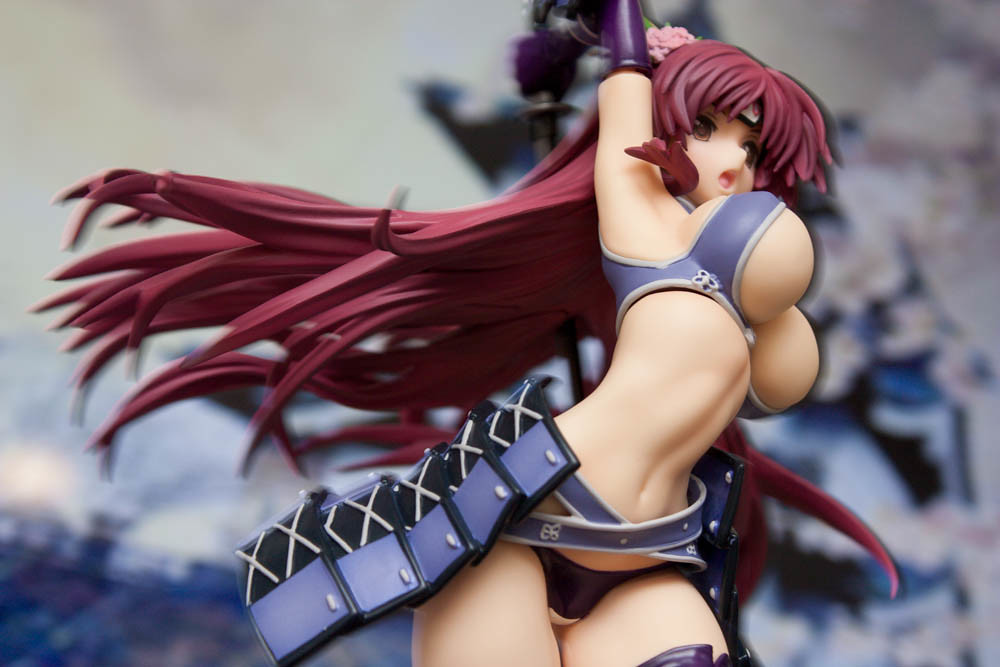 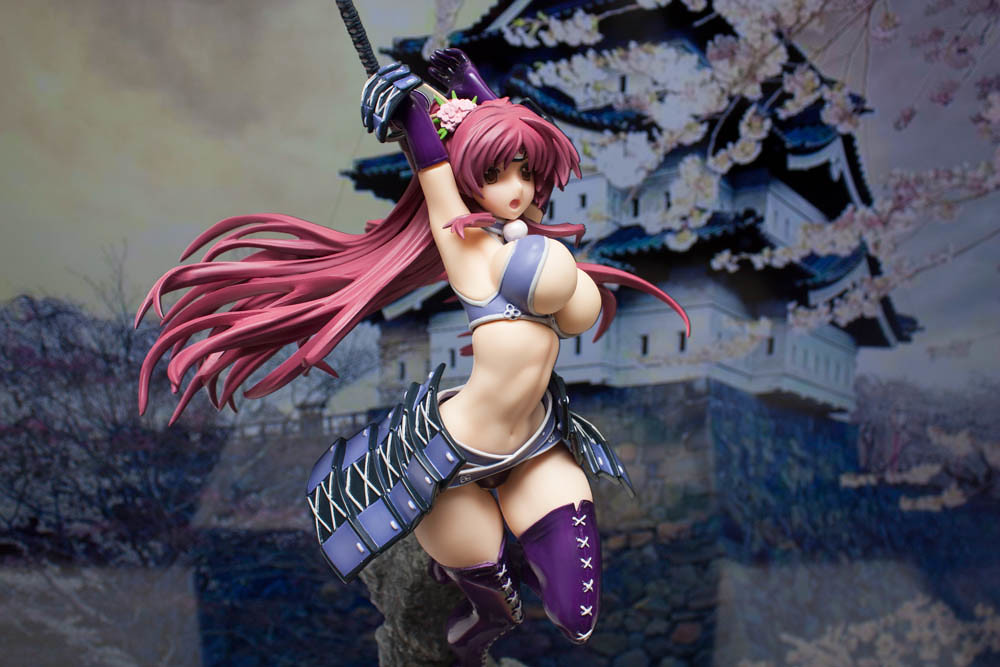 Honestly, I don’t know whether to call this figure great or not. It’s like stuck in the middle much like her pose. I’m more of a fan of her moe/sexy look really, but hey to each their own really ^^ 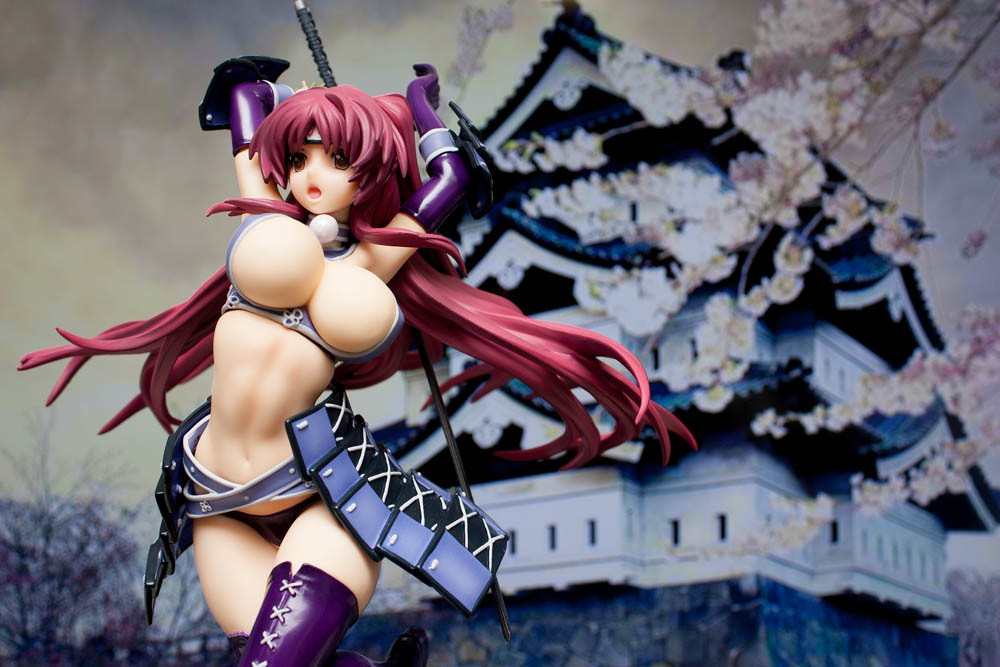 I tried to keep the image count small this time for three reasons
1.) I wanted to really try and stick to say what I want to say without segwaying into something else for now
2.) This is my first entry after I think half a year, so I’d like a gentle start
3.) I’m not satisfied with the photos as I’ve shot this and several other photos at 1000×667. That or i didnt scale it down properly =___=. I’ll have to establish a proper workflow if i want to continue with this soon.