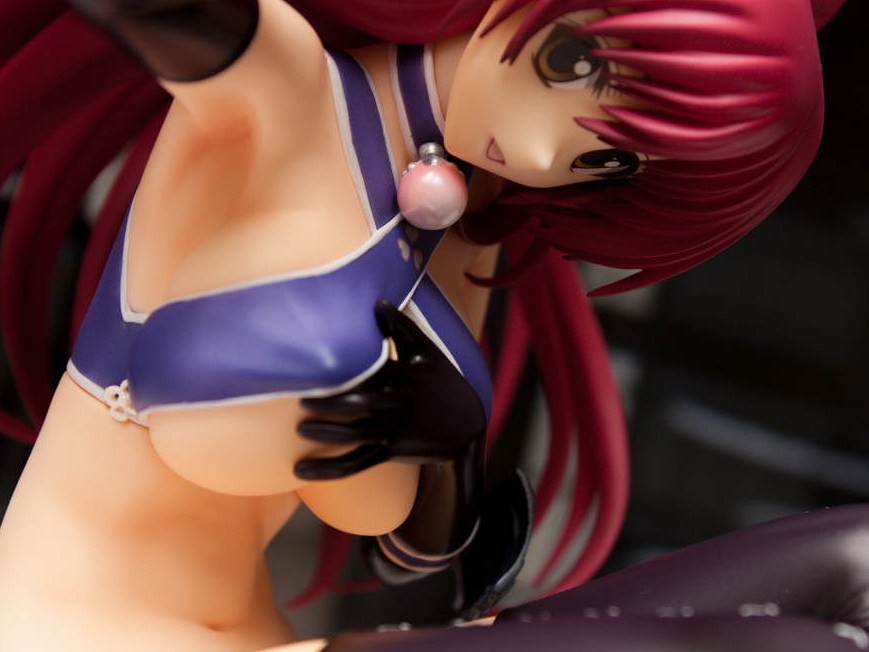 Another album series that should’ve been posted last January or December but due to time constraints it wasn’t able to make it. Hey, at least I’m back to one post a week at least 😀 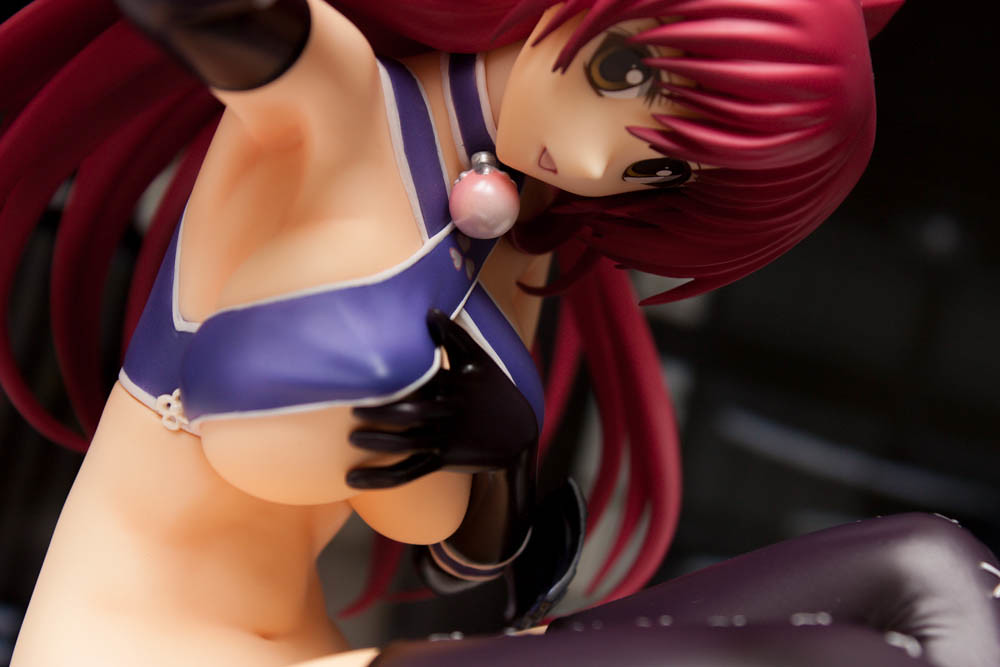 As you guys may have realized from reading the previous figure entries, I love sitting figures a lot. You can immediately place them front row with very little worry of blocking the figures behind while taking up as little horizontal space as possible (meaning you save more space). For that very reason, I’m very happy to actually take a look at Tamaki Kousaka 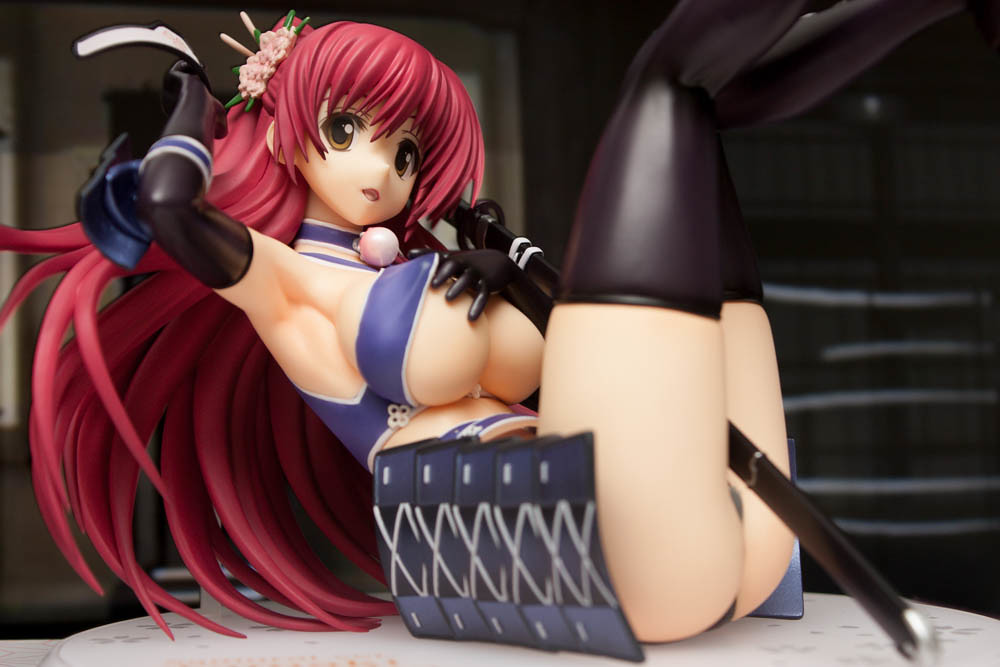 Orchid seed as usual never fails to deliver when it comes to showing off feminine curves in their figure. Though the figure in itself has very little detail due to the character design itself, Tamaki’s proportion and pose where more than enough to warrant a lot of attention already. 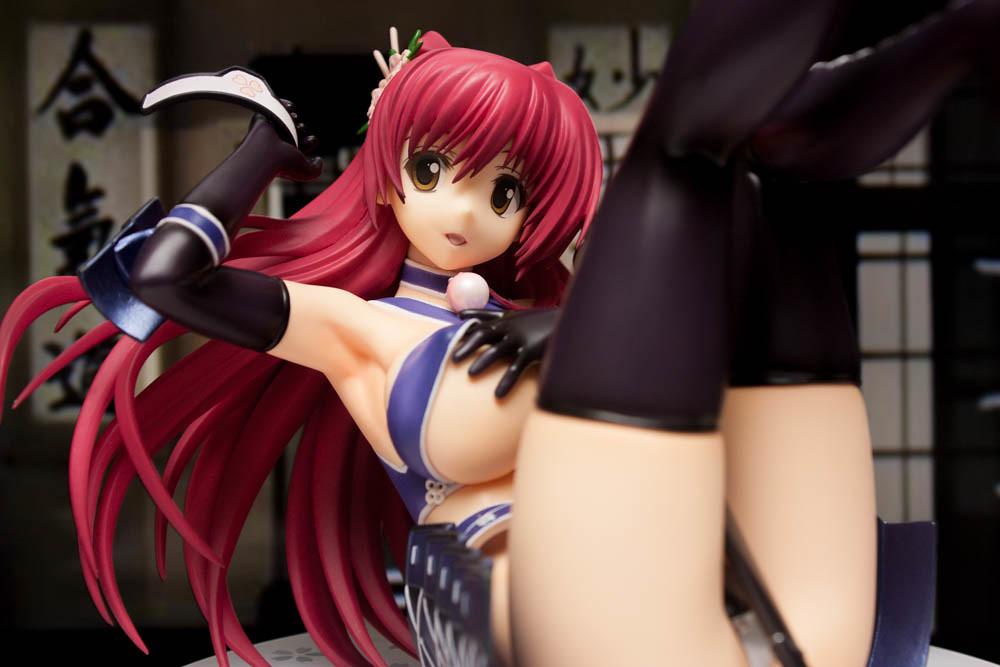 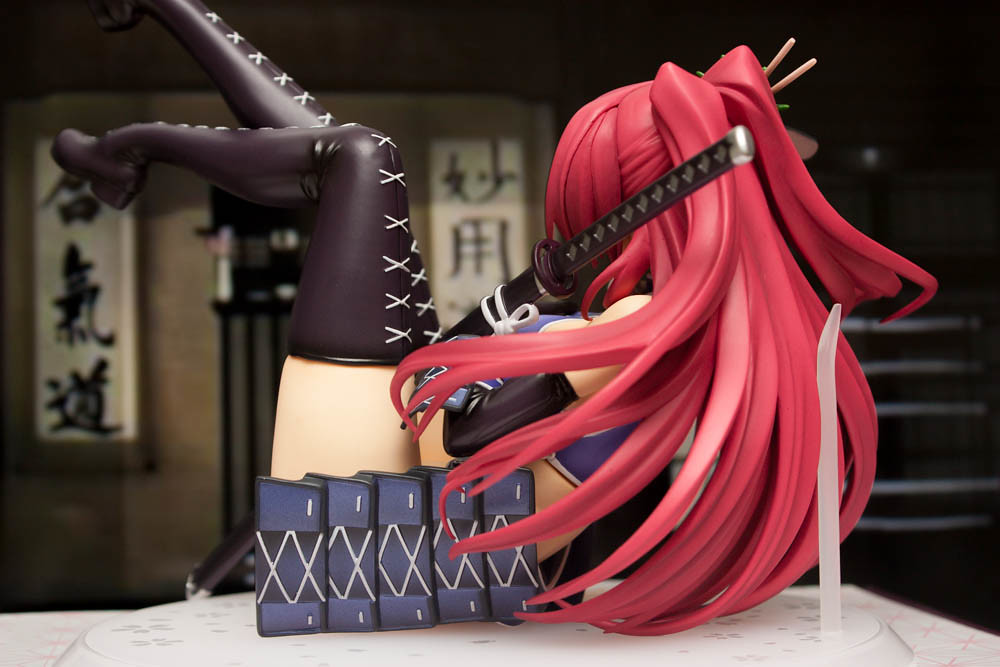 Though she’s a sitting figure, she requires a stand or a leaning base behind her to keep her from tilting. 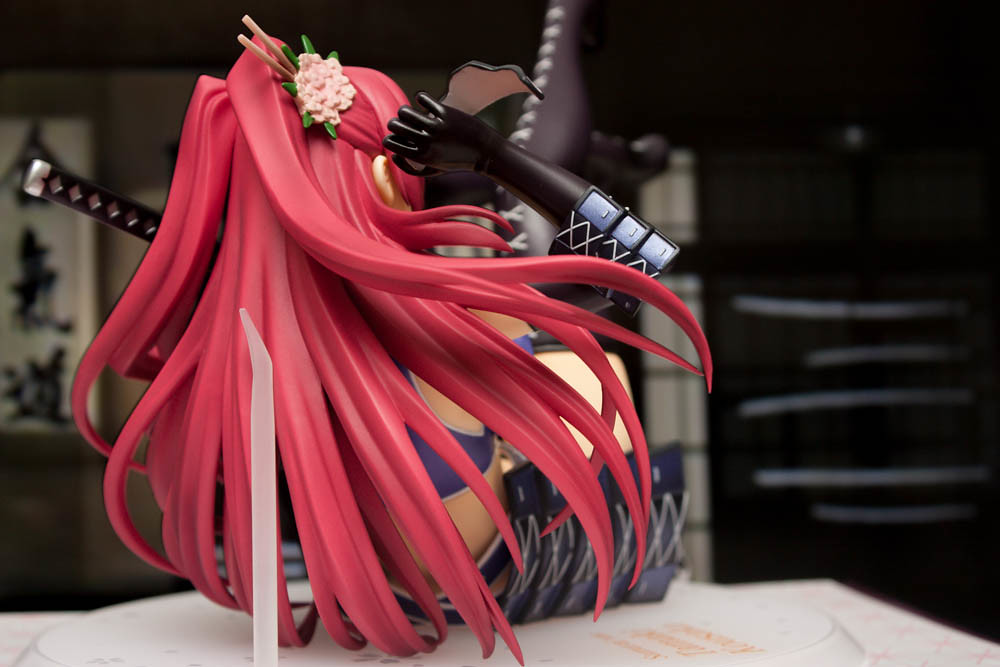 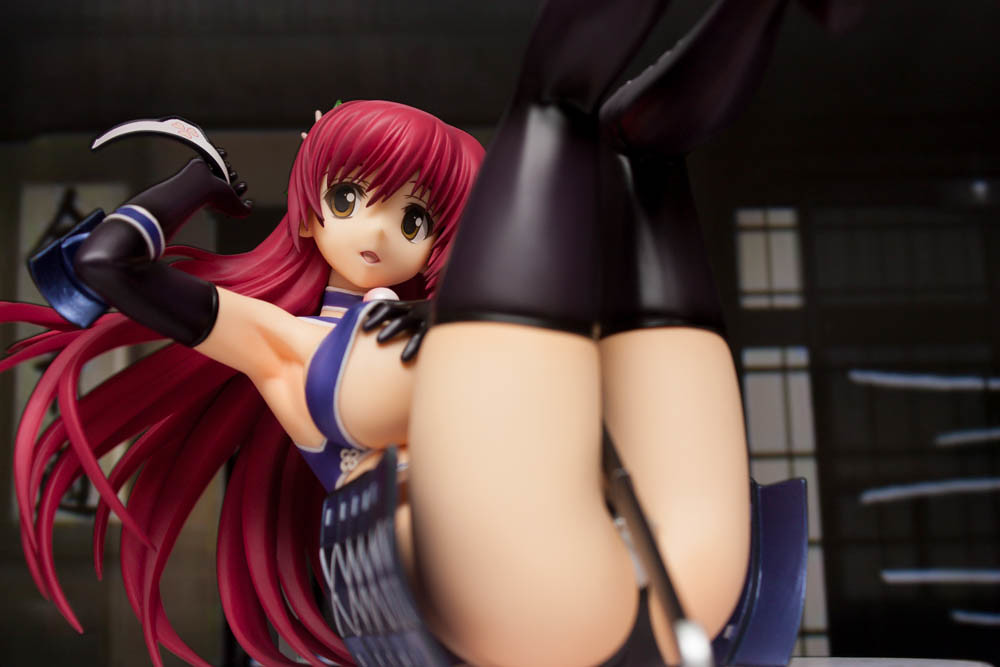 Sexy is probably an understatement when it comes to this character who has been out in the market for a long time. She’s even more senior than Sonico and back then (circa 2012?) Tamaki figures were everywhere. Given her appeal, it’s no wonder there are still fans who are still willing to buy figures of her. I mean just look at that pose and the appeal that she creates just from her fingers adjusting her top and the shaft of the sword positioned to her inner thigh. A figure doesnt need to to feature uncensored parts not a very provocative pose, you can just make do with things that will tickle the mind. 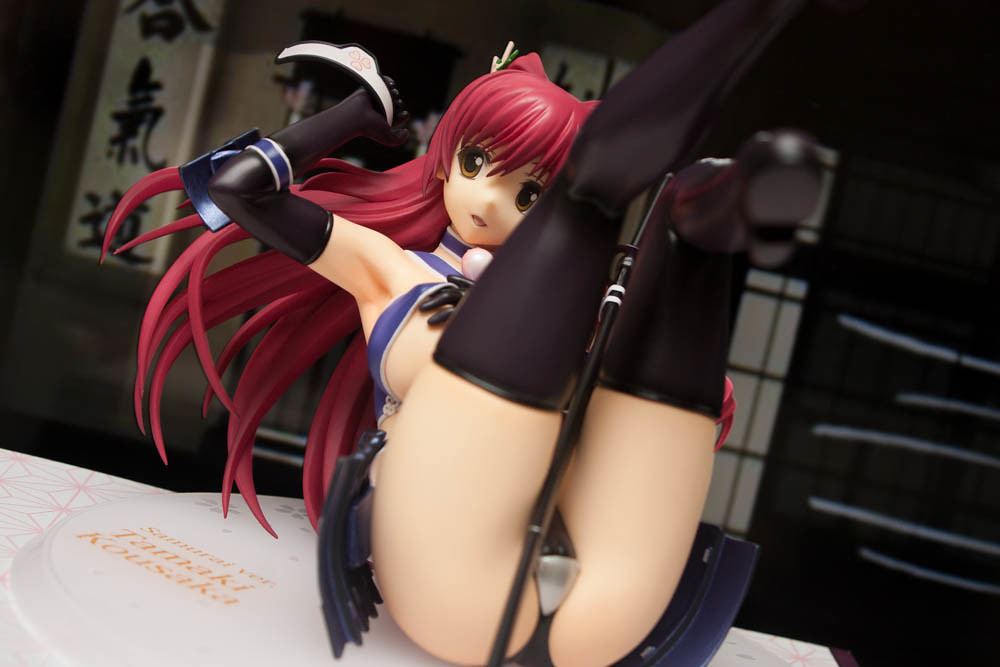 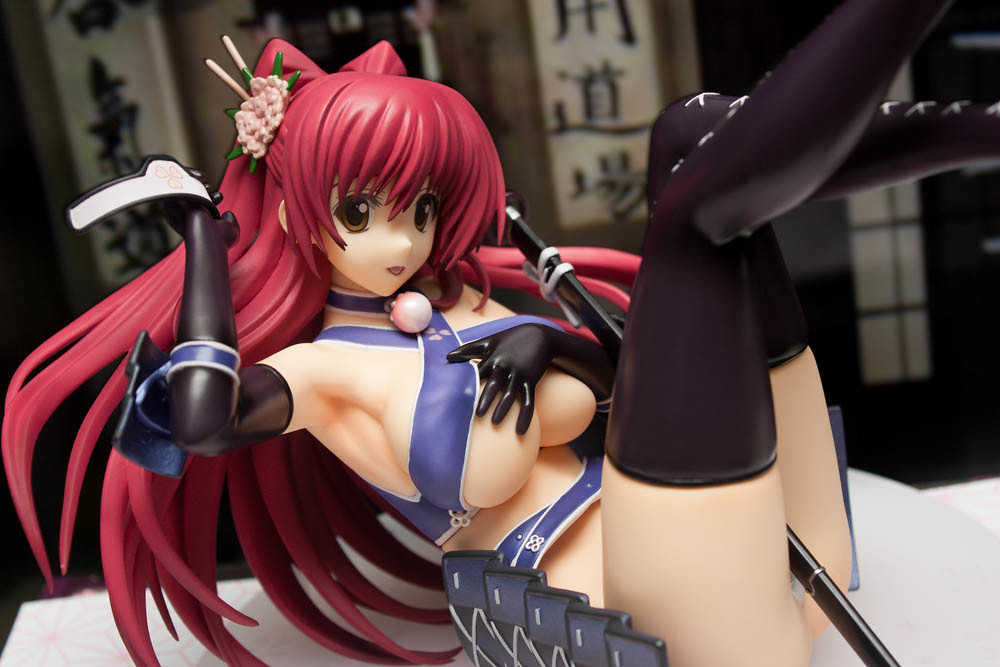 I did say that she wasn’t as detailed, but maybe that was too hasty to say as her hair isn’t a “clump dump” (wherein the hair lacks any sort of movement, just plain ol’ volume with very little strands). It’s pleasing to see how despite just sitting there, her hair still has movement making the figure interesting to look at (aside from her appeal that is). 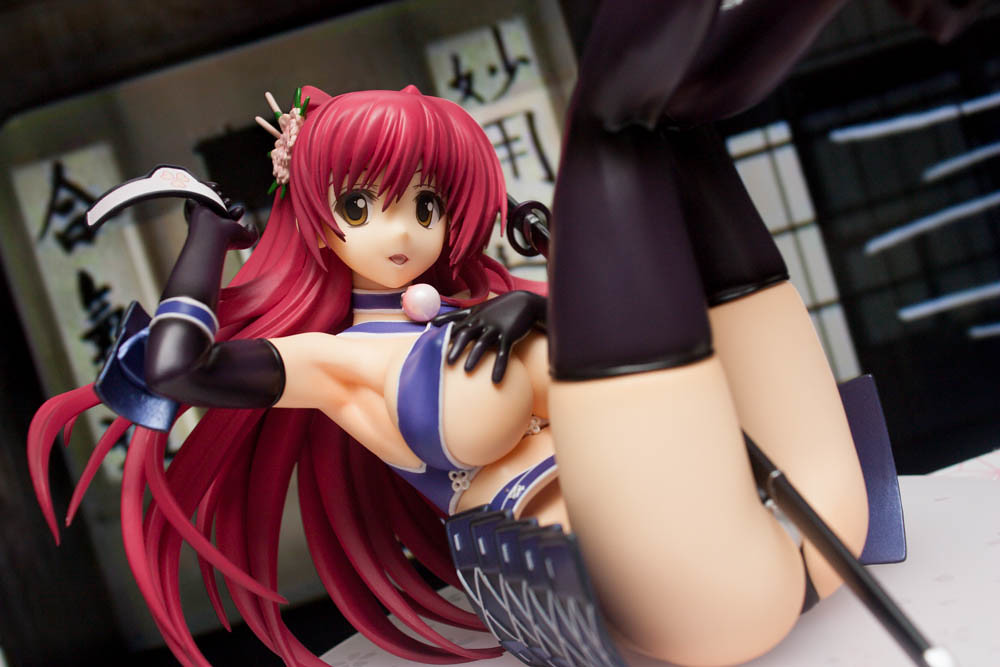 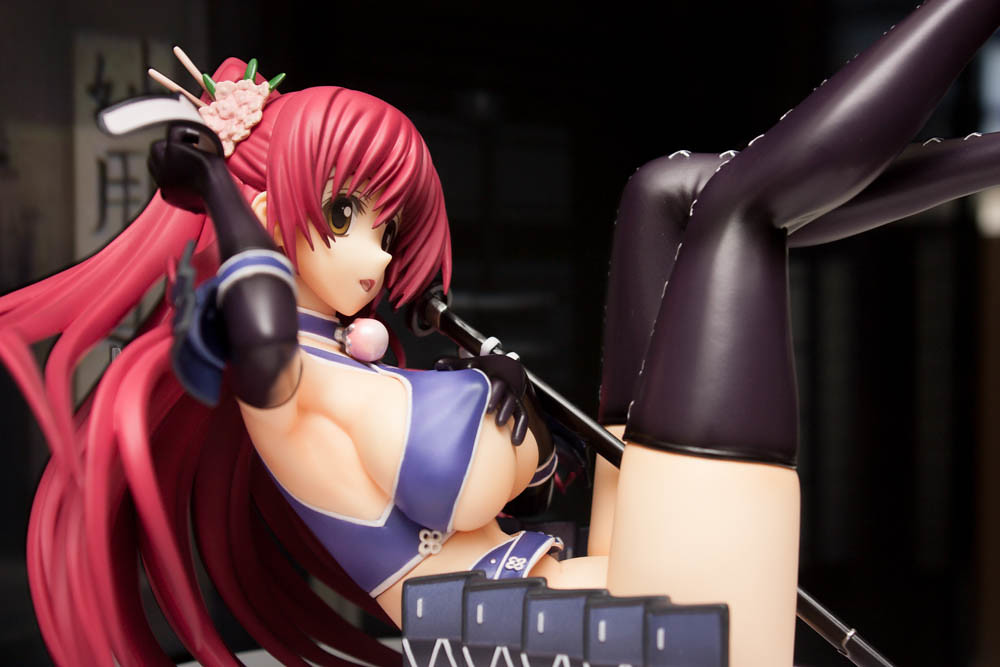 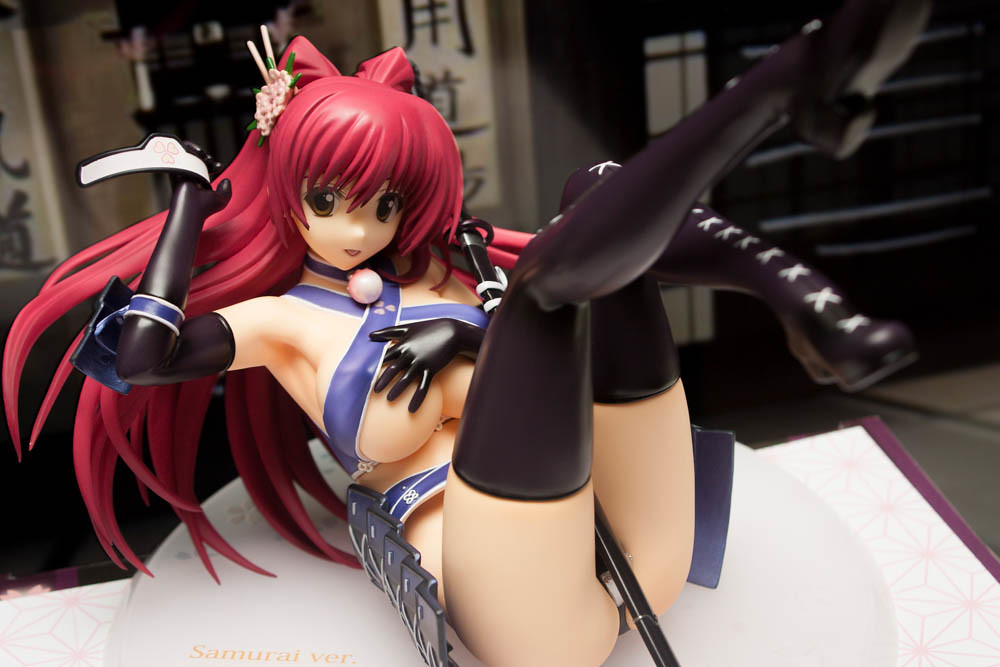 I think the best place to pose her is on the bottom of the shelf, she can go center but if you really want to be different and bold… 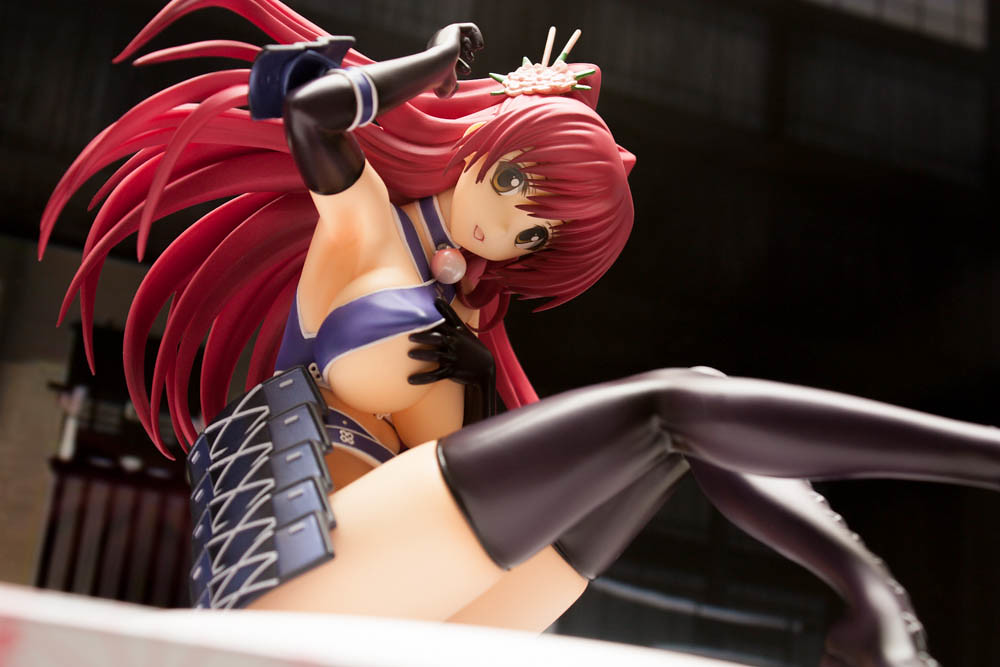 You can (somewhat) actually pose her sitting up. Yeah you’ll probably need some blutack or some removable, non stick adhesive to keep her there and ensure she doesn’t have any accidents. 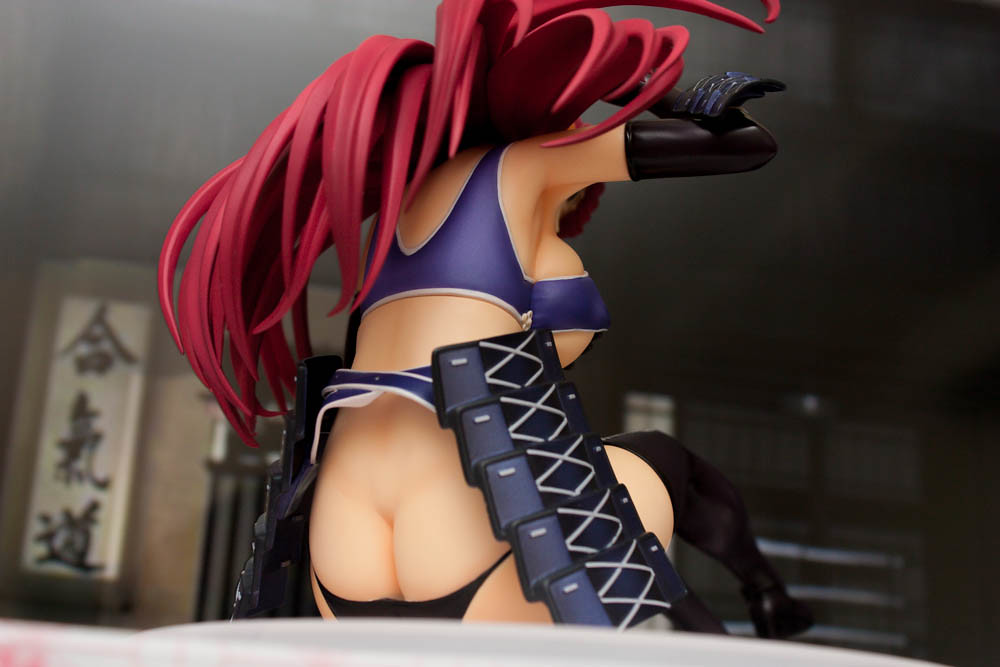 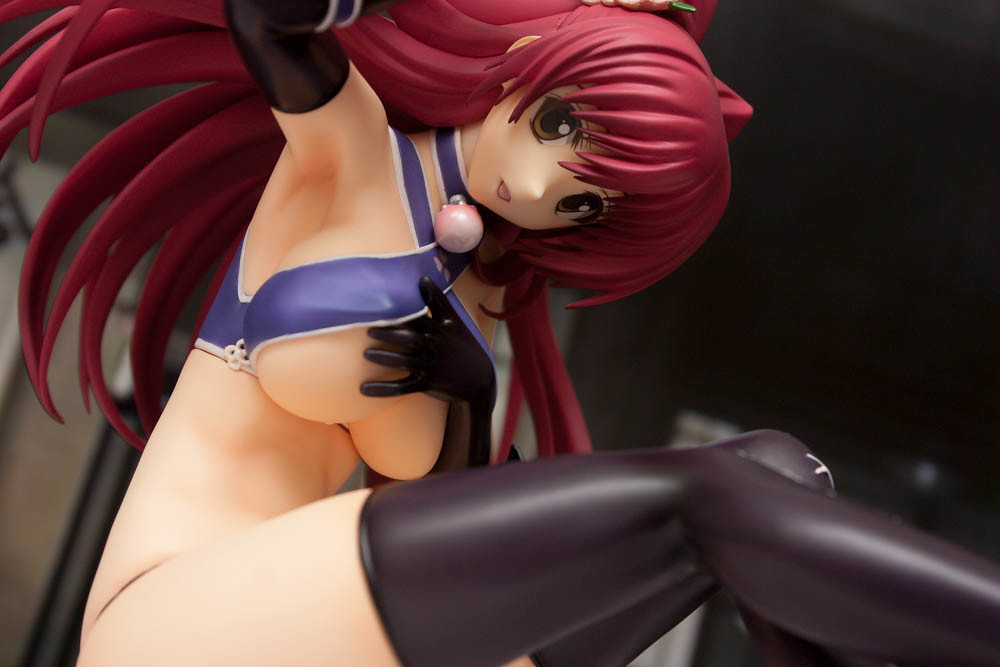 The sword, headband and the skirt armor are all removable so if you fancy posing her like this, I do suggest removing the sword and teh headband. The skirt armore is really up to you guys, at this point she’s half naked with or without it anyway ^^ 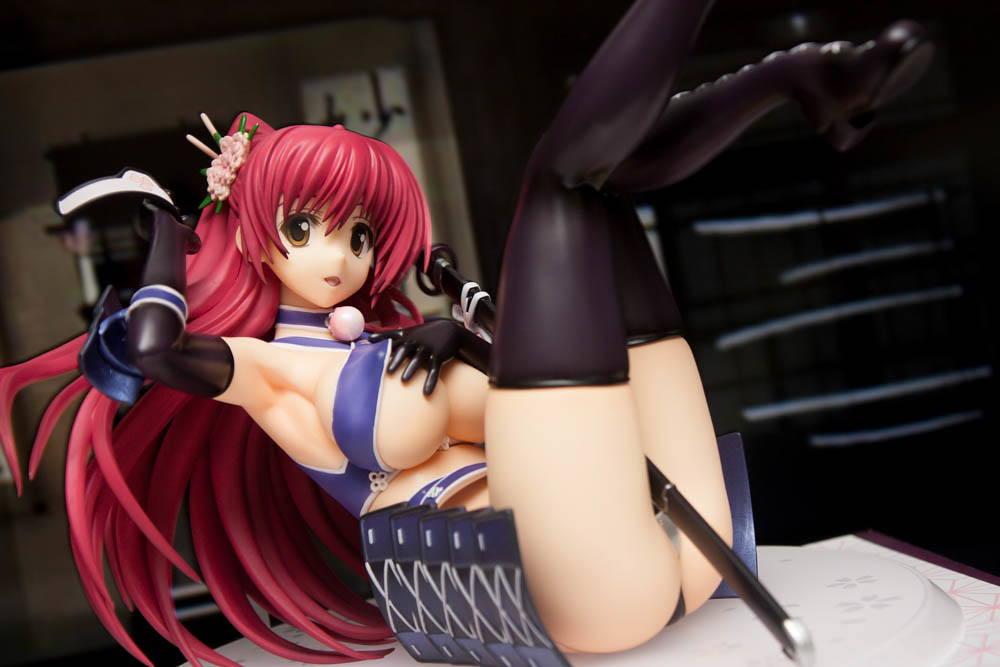 Hope you enjoyed, I did make this review intentionally shorter so I can have more time posting entries without sacrificing too much quality. What do you guys think?