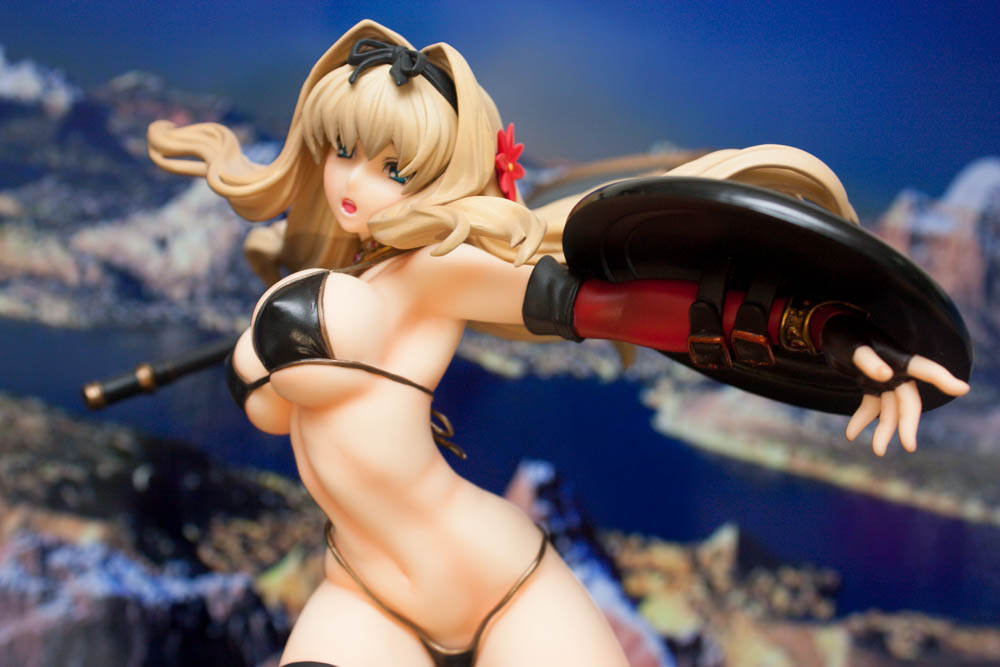 In less than two days, another entry comes up. This time it’s the partner figure for Orca Toys To Heart 2 Dungeon Travelers, Sasara Kusugawa in a berserker warrior looking costume. 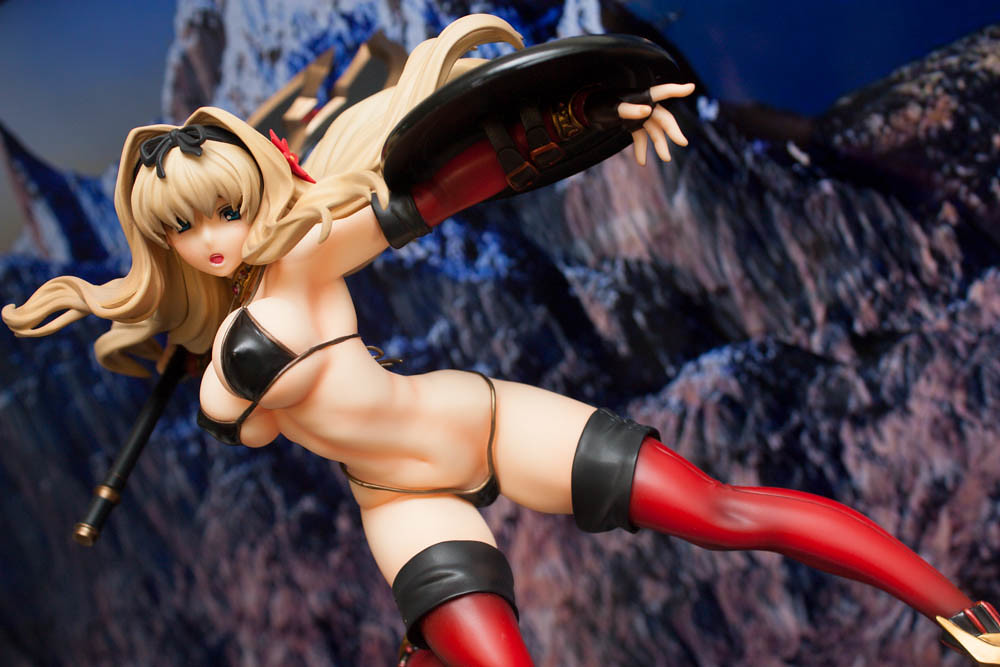 Normally I try not to post figure reviews in succession but I’m really just trying to use ALL the remaining content Ih ave before proceeding with the remaining photos in my library (which is around 500+). So for now enjoy ^^

Again I’m using a 1000×667 format here, so forgive me if some of the pictures seem off when viewed in a larger screen. The pictures do look okay on mobile view or in a smaller format but I’m not satisfied also with the quality. 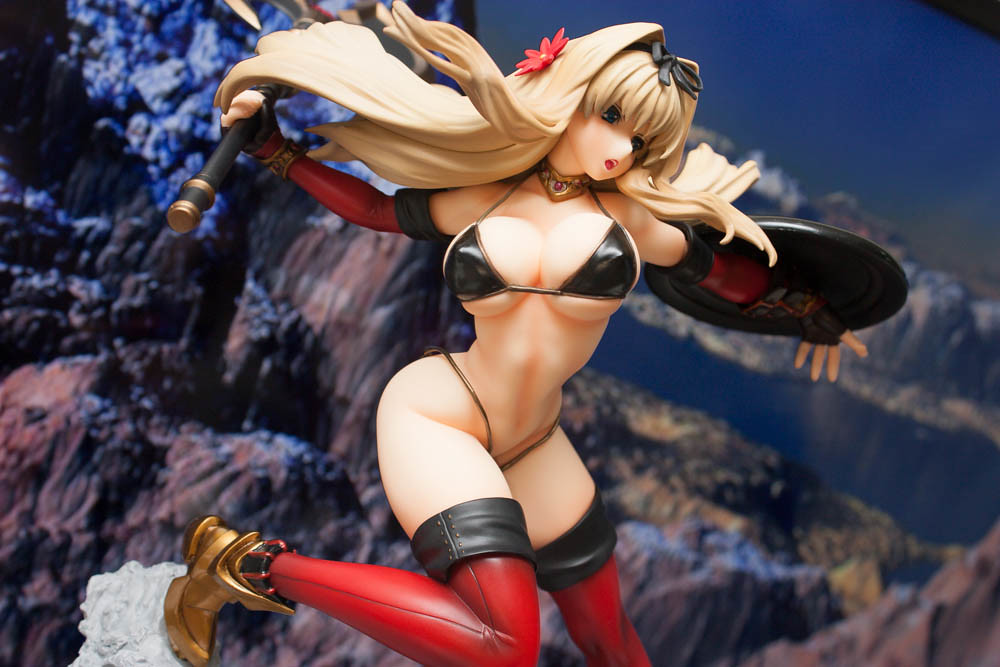 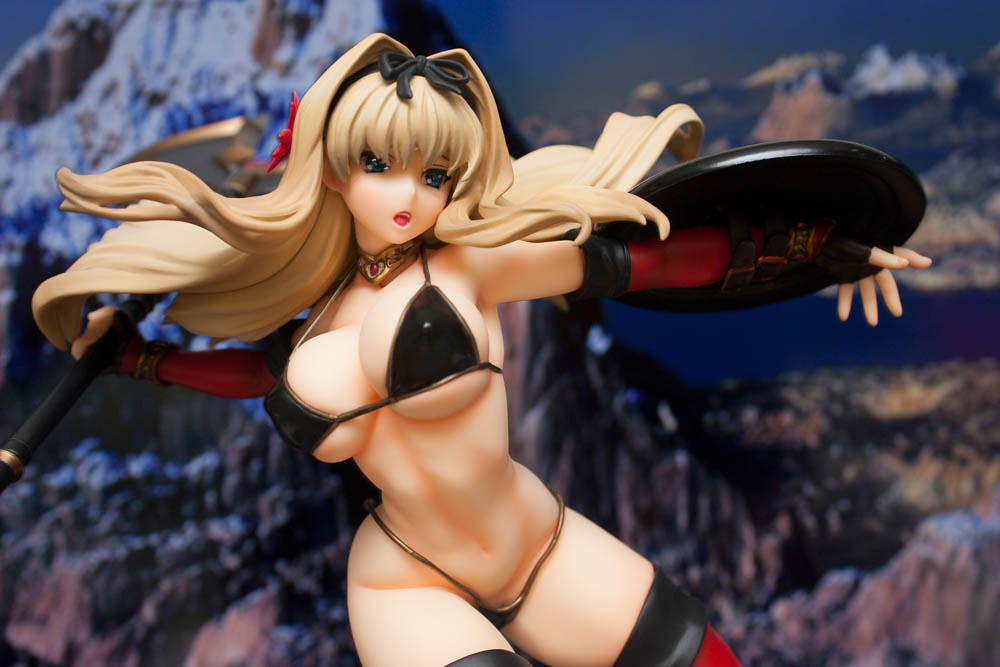 Aside from her obviously well endowed chest, her waist was done so well that it’s hard to even not see them due to the proper painting highlights along with the masterful sculpt on her waist and back area. As for questions on “why are her abs so well toned, but her thighs and arms arent?” (because that’s what you need to wield a big battle axe too lol), I do not possess the anime logic to that either ^^ 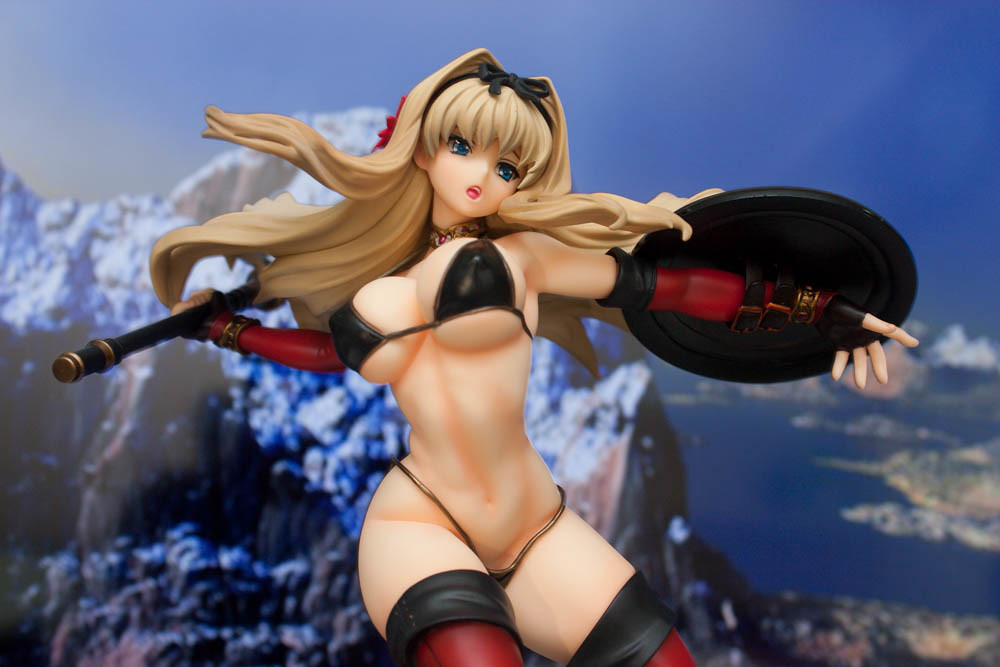 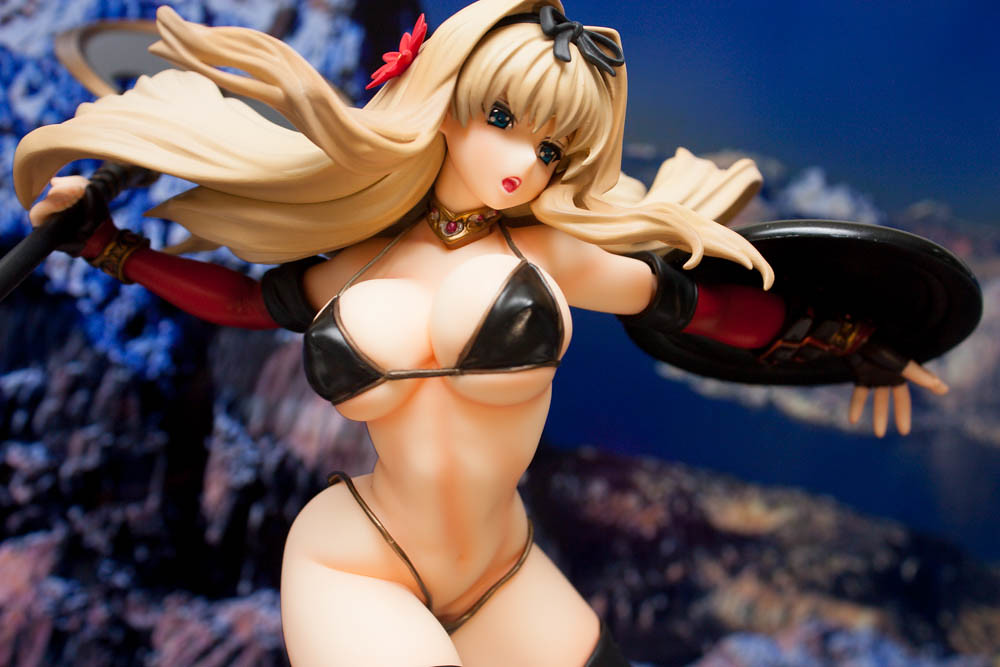 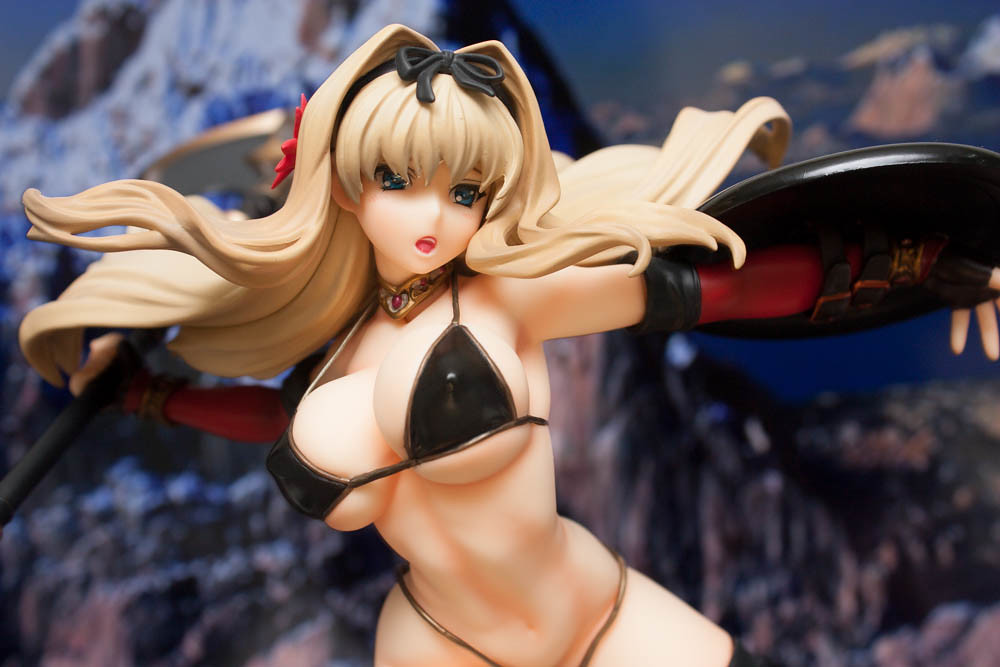 Though her bangs have some excess plastic (not attempting to shave), you wont see them really unless you pay extra attention to all the details. The real treat with her hair are the detail lines on the inner portion of hair 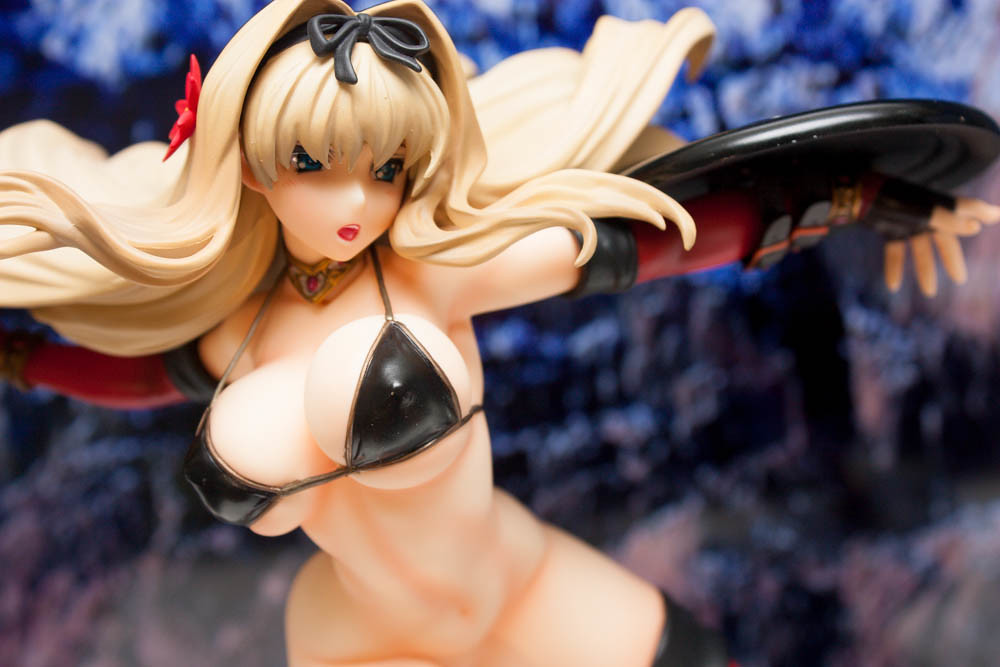 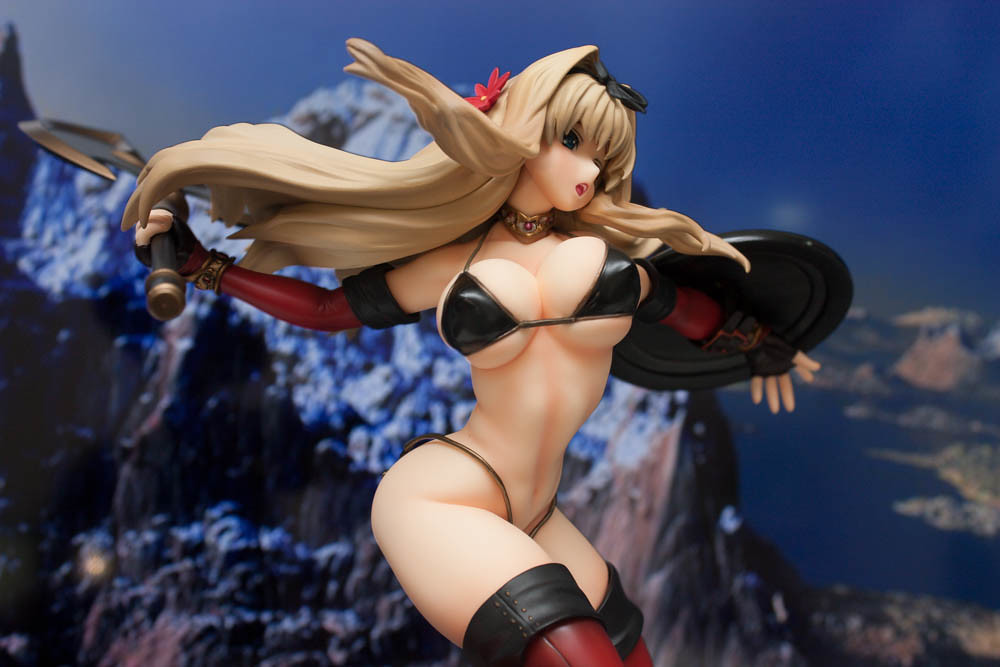 The clumpiness of her hair is very much at home with the character illustrations made by Amaduyu Tatsuki, so it’s nice see the volume of her hair incorporated with the swinging movement she is making. 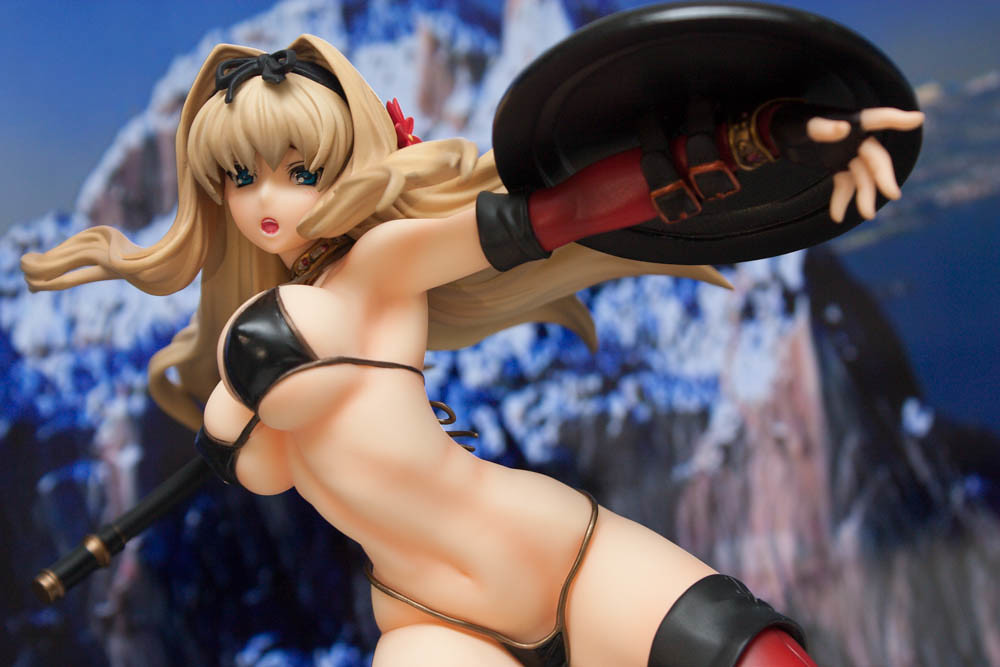 That waist is REAAAALLY good that I have to make several shots using perspectives with minimal changes. 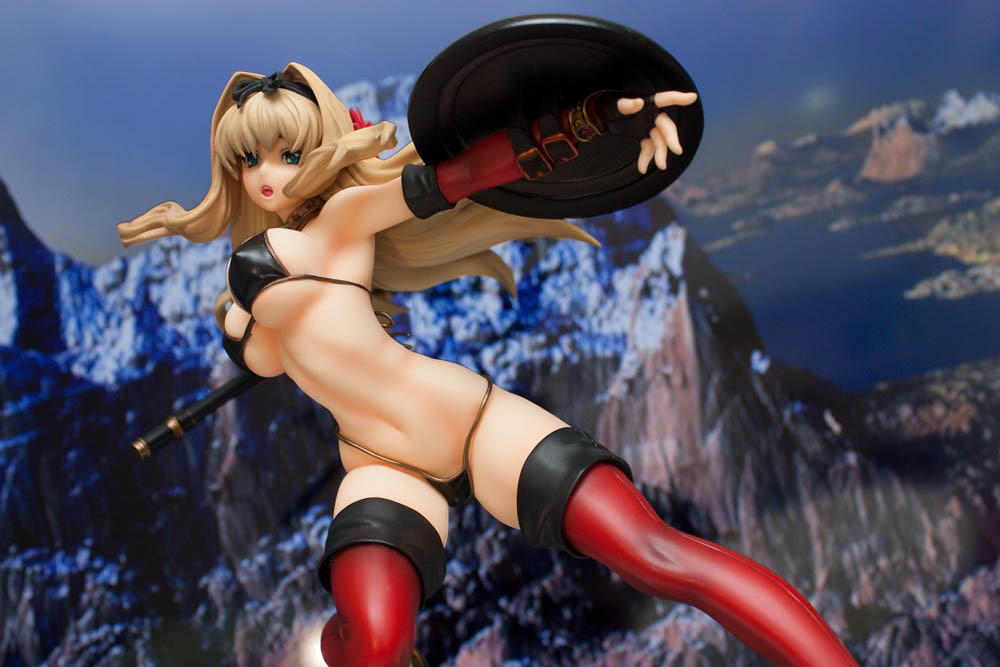 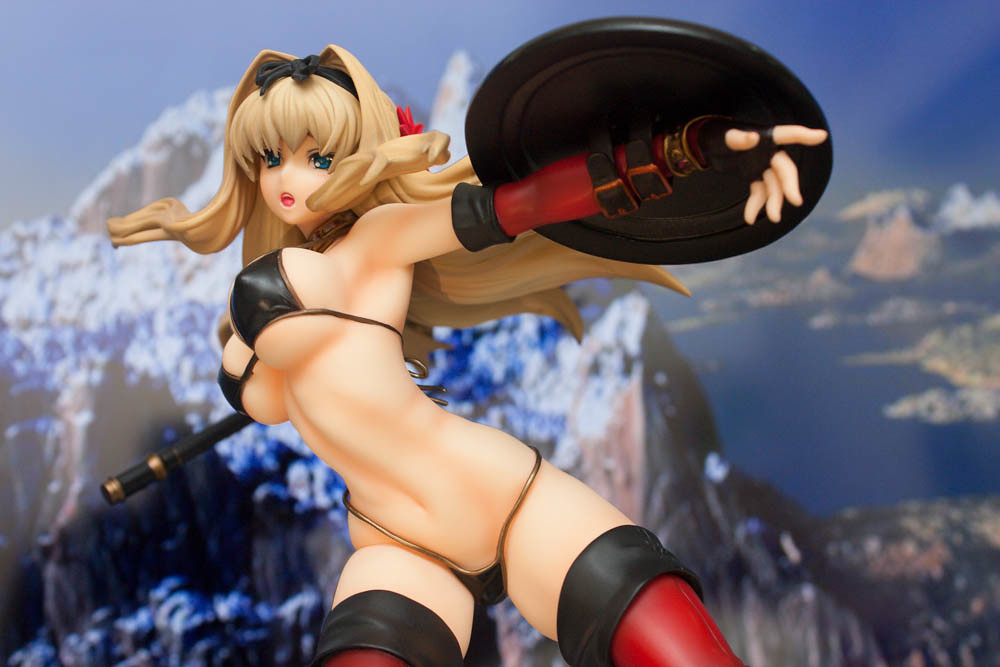 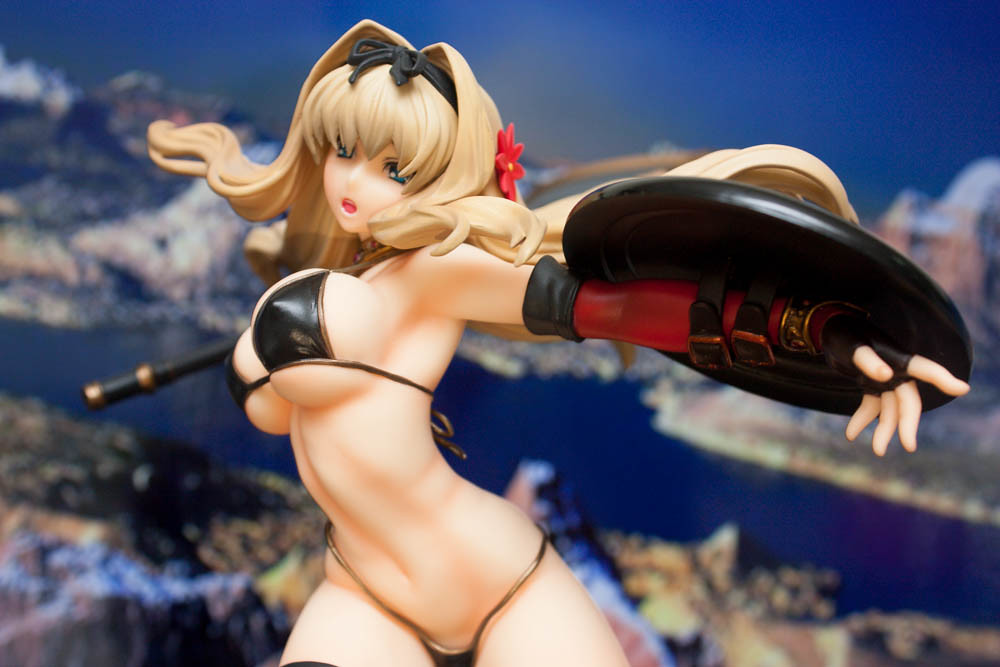 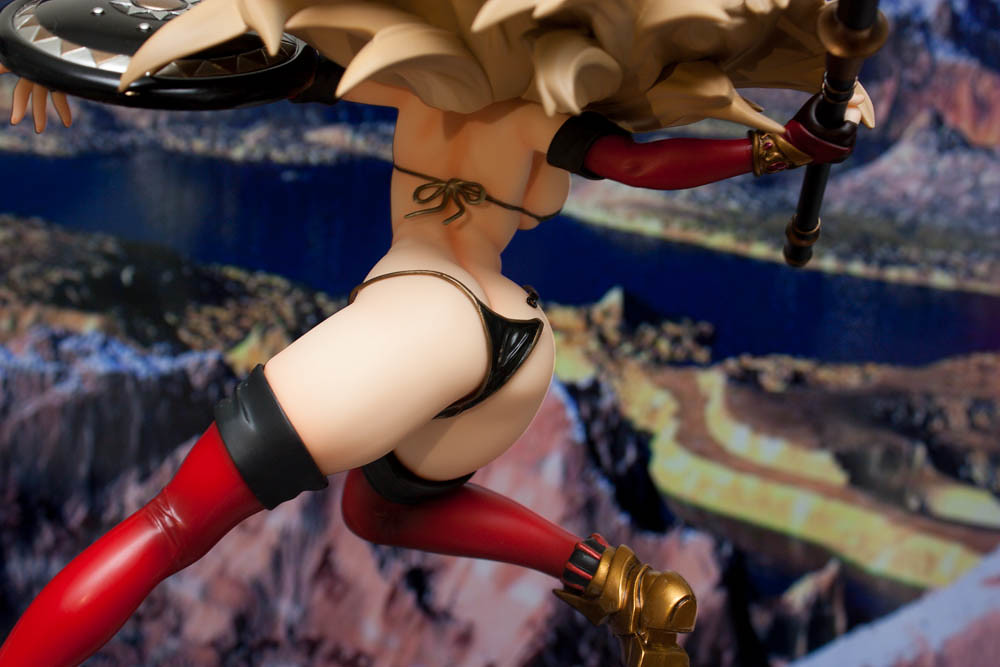 Orca toys could’ve simply went lazy on the back portion, but even that was well sculpted! 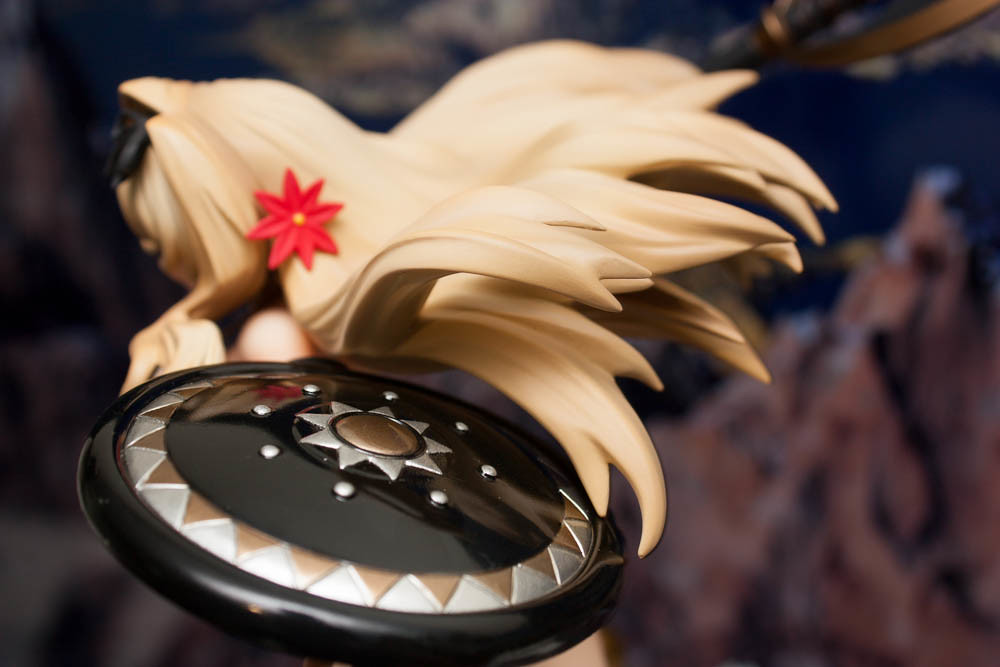 Design wise, the shield and the axe are pretty normal. Only question of mine is why they chose to give the shield a glossy finish instead of matte since the axe wasn’t glossy nor super shiny at all. Must be a story thing yeah? 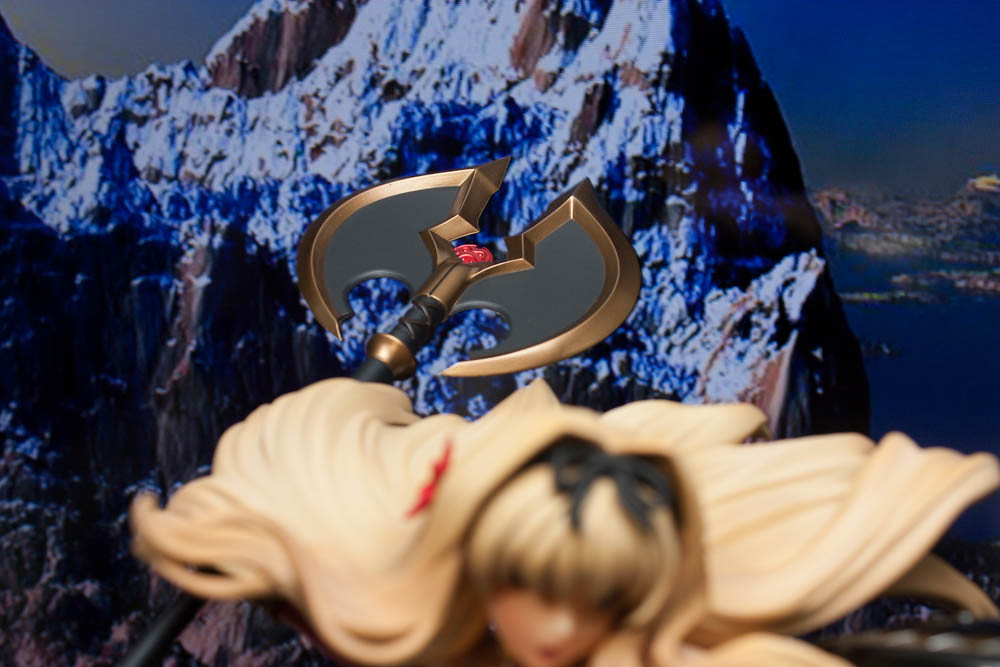 Not much detailing here, but that’s fine given how her costume exudes the aura of “bare necessities in battle” to begin with. 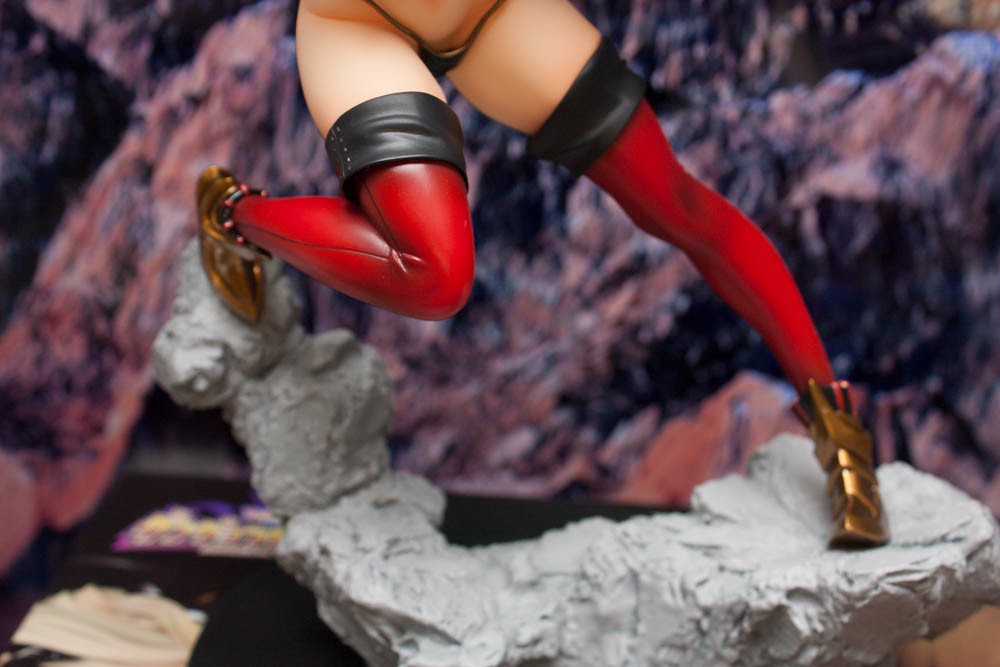 Thankfully, Orca toys had the common sense to have a base that isn’t plain old boring featureless plastic which can potentiall diminish the figure’s overall presence.

This figure though is cast-off unlike Tamaki (correct me if im wrong as I didnt bother stripping the figure since it doesnt look strippable at all). So yeah you were warned. 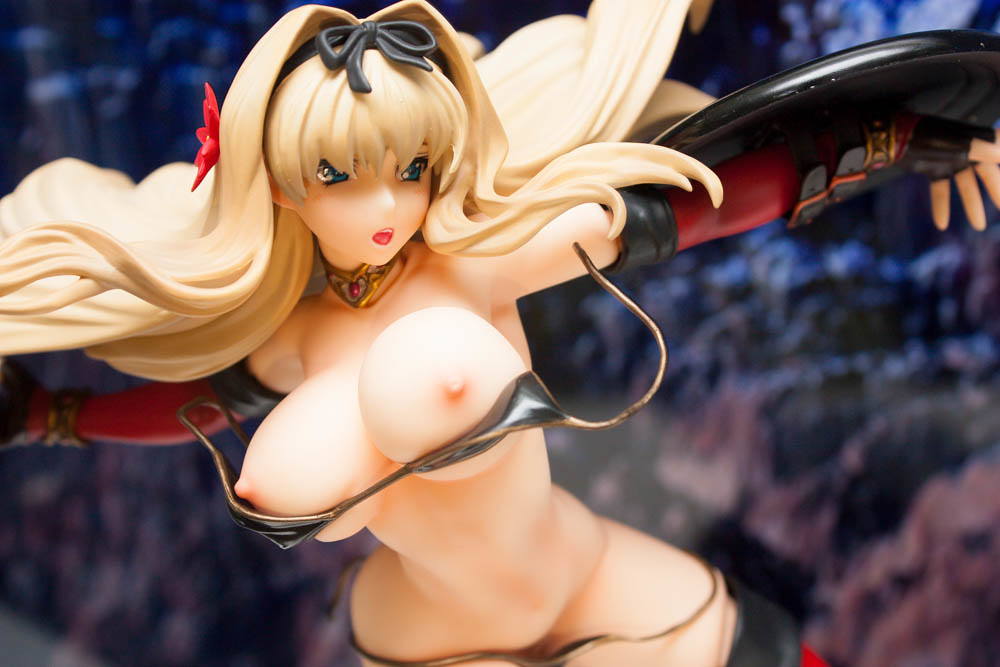 Yes you can remove her bikini (both top and bottom), but I believe the figure looks better if it acted like a wardrobe malfunction, due to her excessive swinging, instead of a warrior in her birthday suit, but that’s me really ^^

Also removing them is more trouble than what’s it worth since that means i’ll have to put some sort of plastic padding in between the bikini and flesh portions to avoid paint transfer. How do you guys avoid paint transfer in cast off figures anyway? 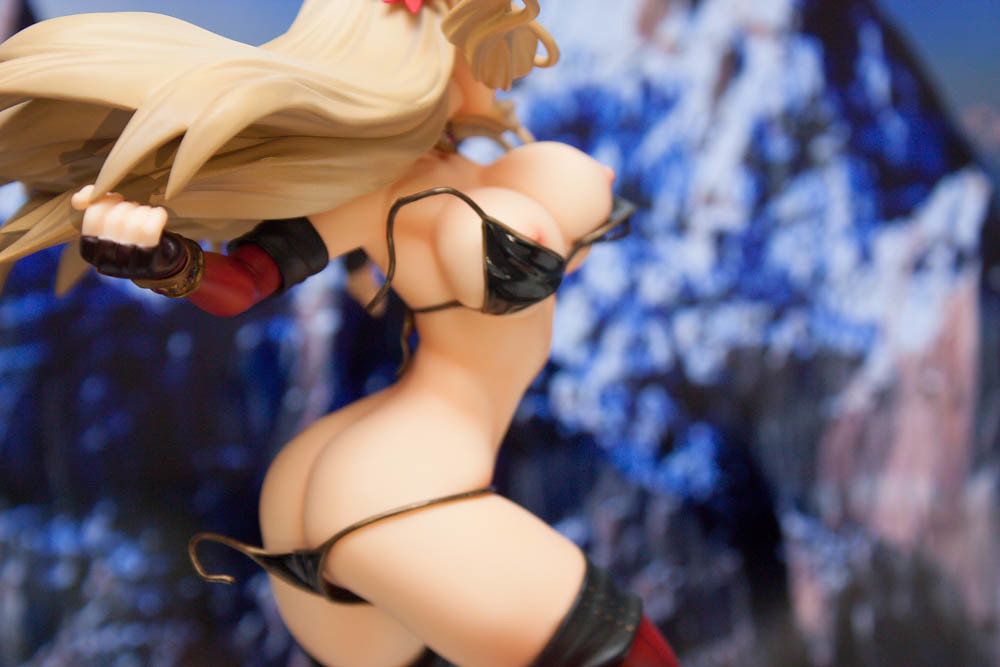 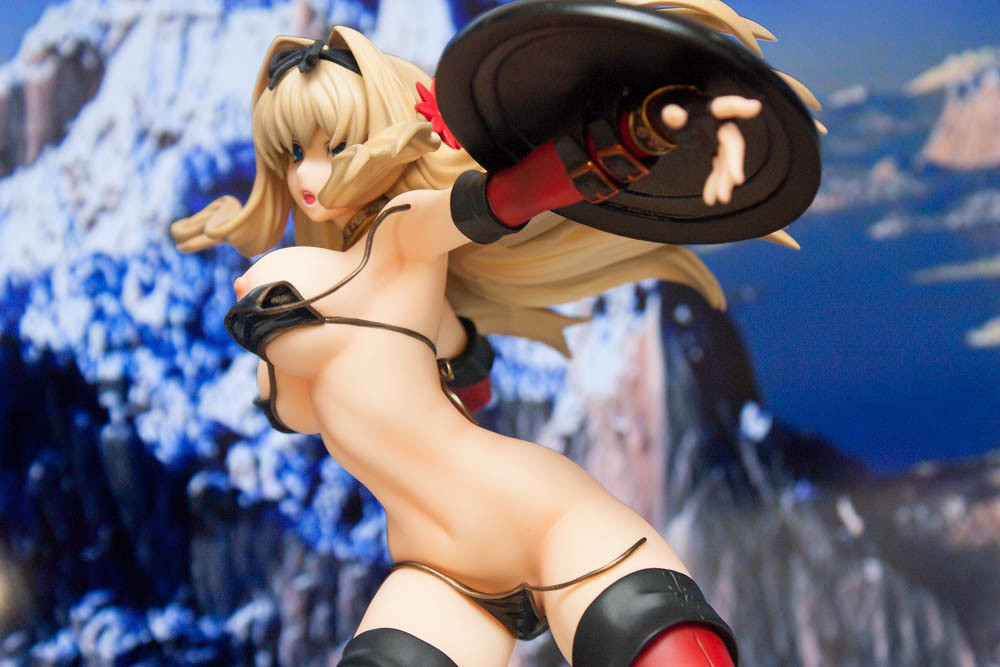 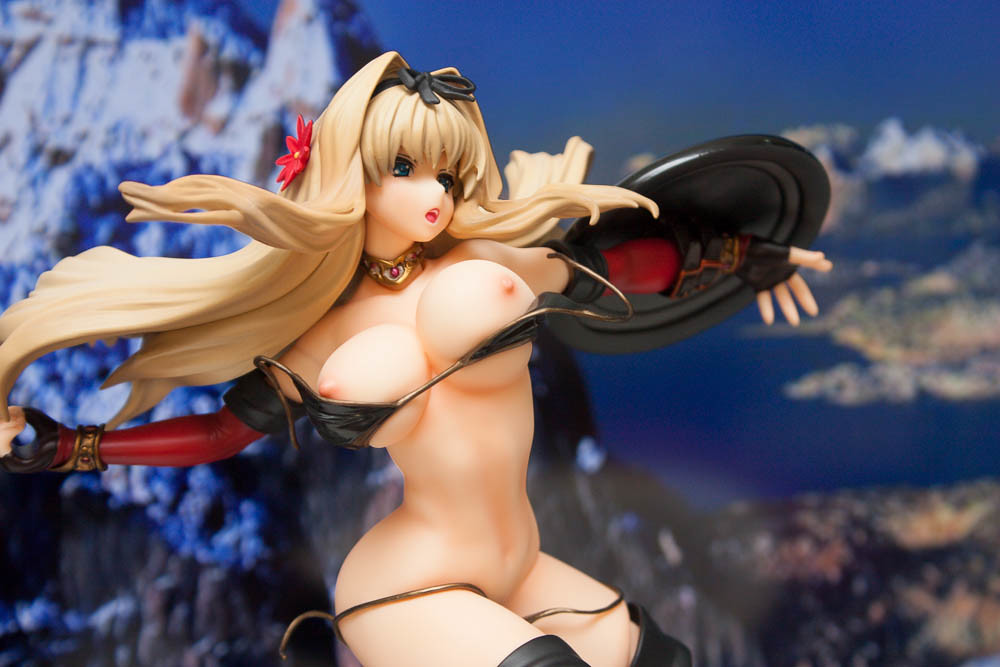 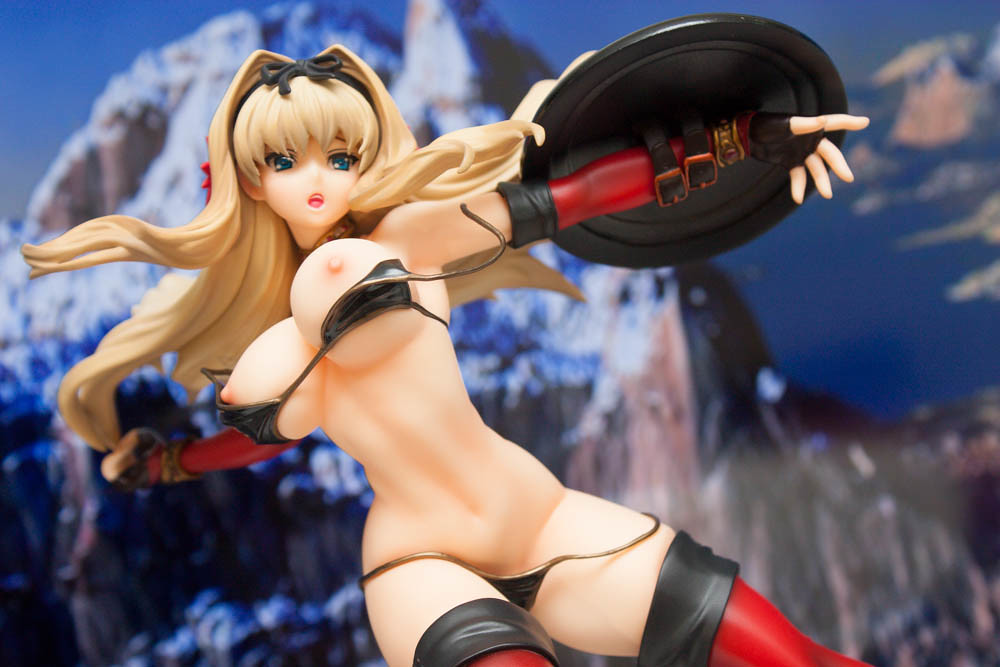 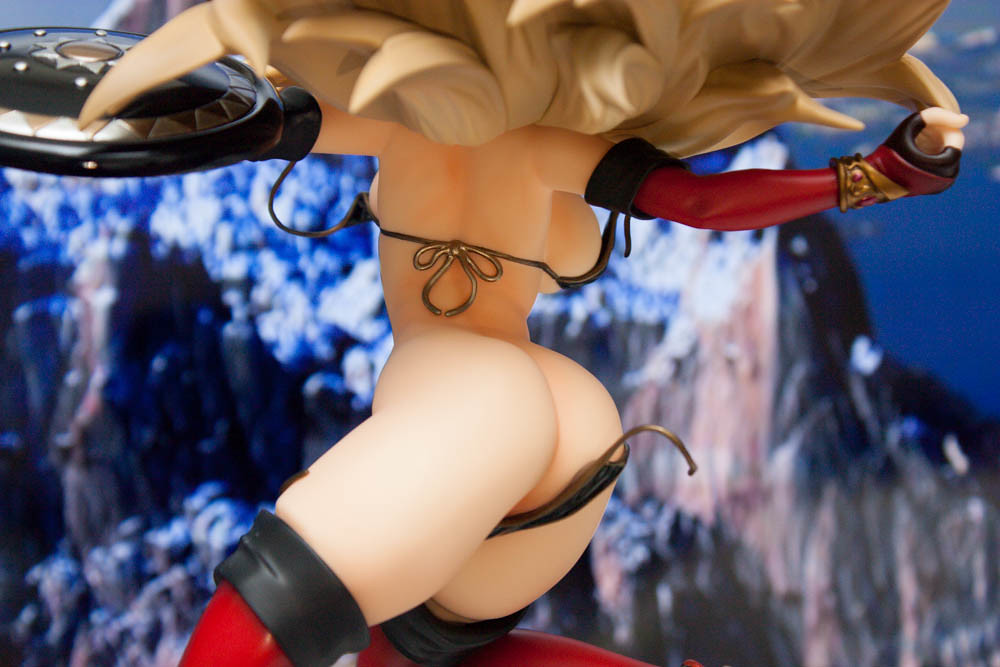 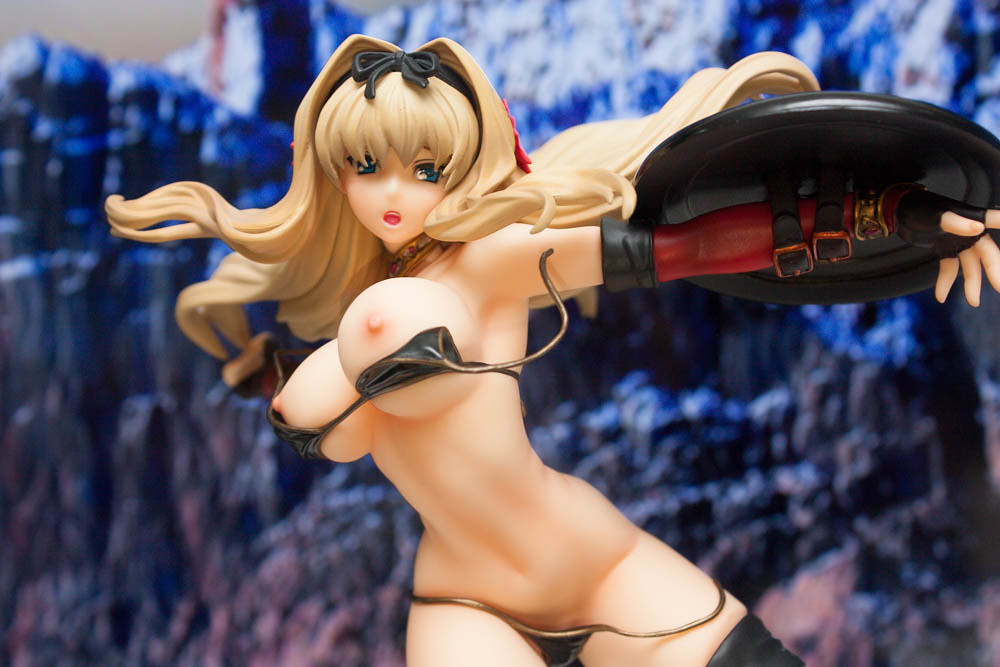 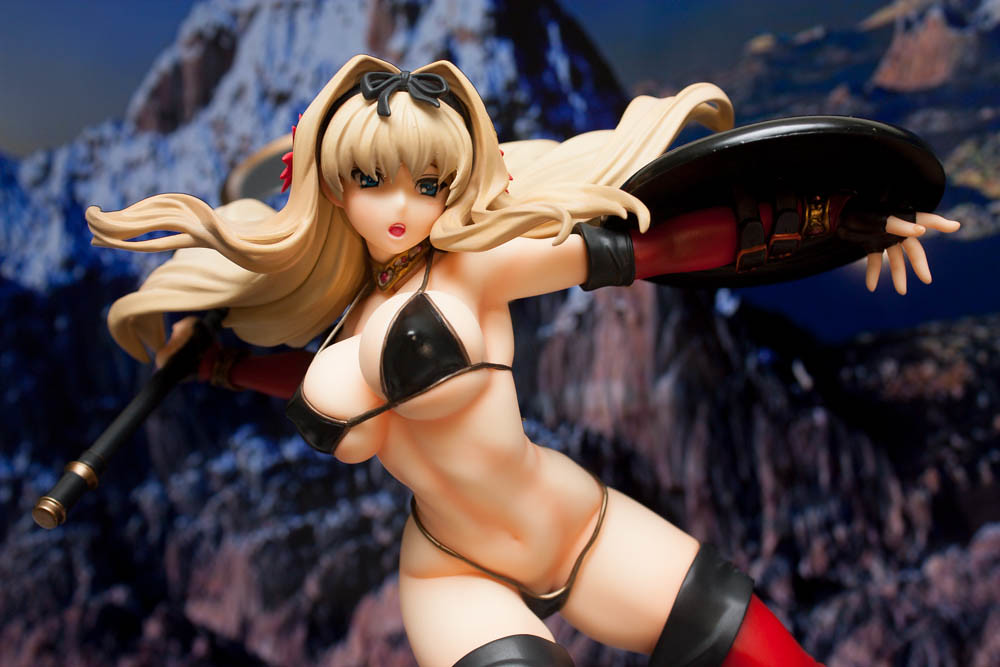 I obviously enjoyed shooting this figure given the dyanmic pose it had as opposed to Tamaki. You can opt to put this figure top shelf, mid or even bottom shelf as the composition of the pose is pretty much good for 360 viewing in most perspective points IMO. 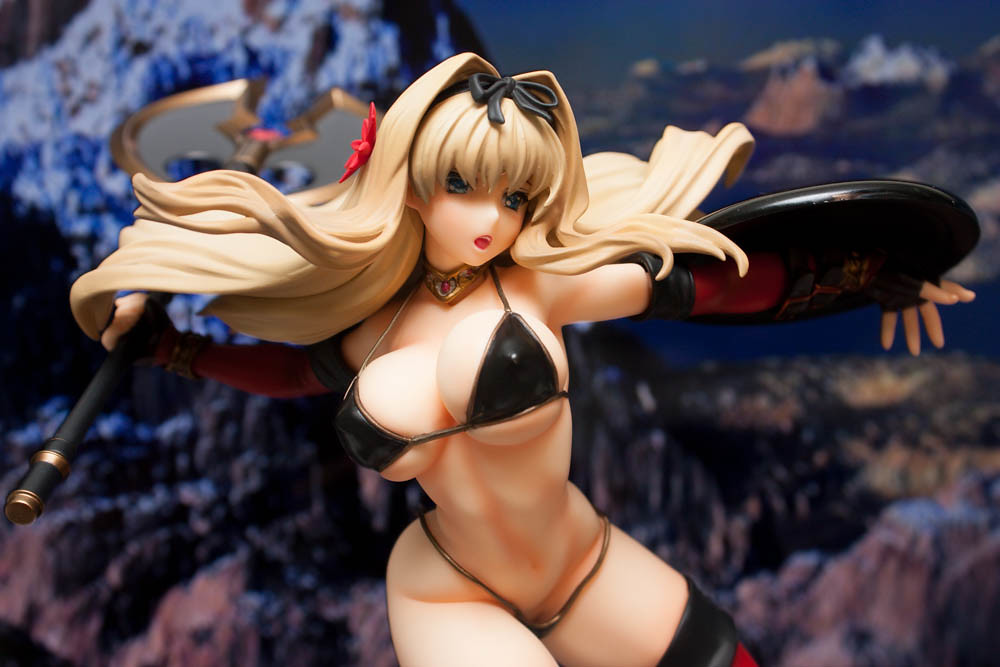 Apologies again if the picture quality isn’t scaled properly when viewed on a bigger screen. I’m in the process of fixing that so please be patient. I notice that doing hobby stuff always ends with me putting in pictures with lower resolution by accident XD (and then I get lazy to redo the entire thing). How’s your workflow for QA checking when it comes to photo editing things outside of work? 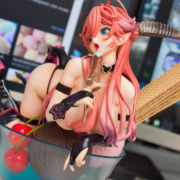