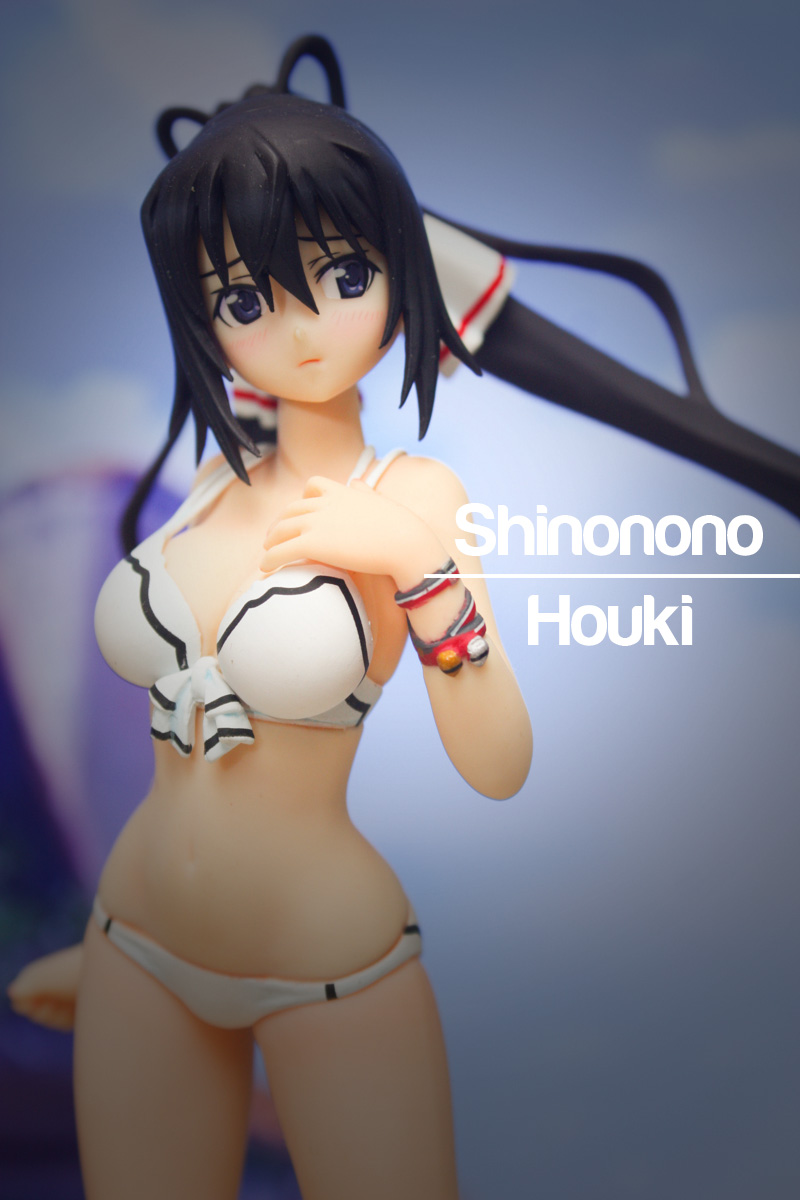 Never thought I’d see the day I get to check out a Beach Queen figure, and from mecha-harem show Infinite Stratos no less. 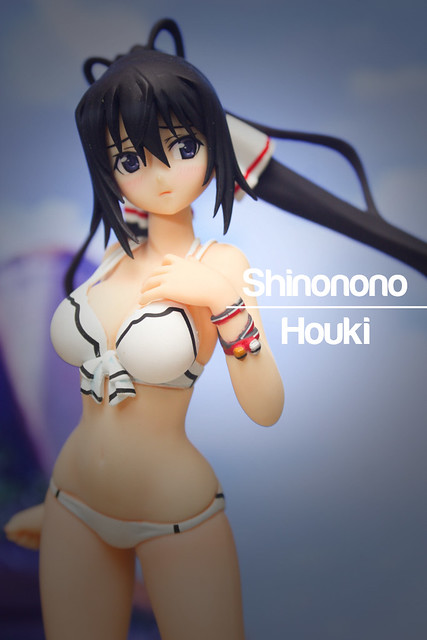 As usual, it took me forever to upload an entry because of work and a bit of prcrastination (okay, maybe it wasn’t for a bit). But am I glad to have taken pictures of this really nice figure. 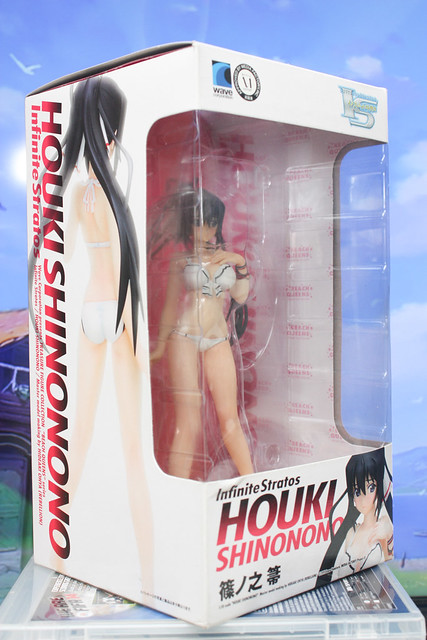 Nothing really out of the ordinary with the packaging if you are familiar with Wave’s trademark white box for their beach queen line. Does anybody collect beach queen figures here? 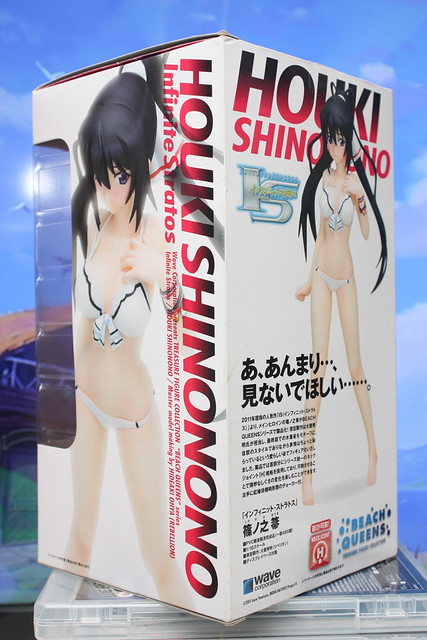 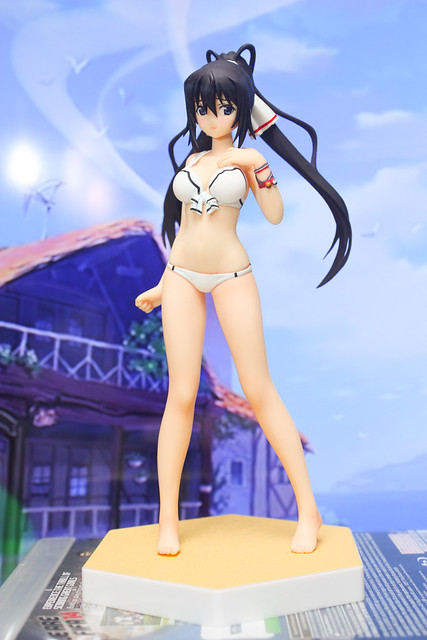 This is the first time I’m actually taking pictures of a Beach Queen figure, and in my opinion it’s pretty hard sometimes to find charm points when the entire figure in itself is already full of it (read:swimsuit). 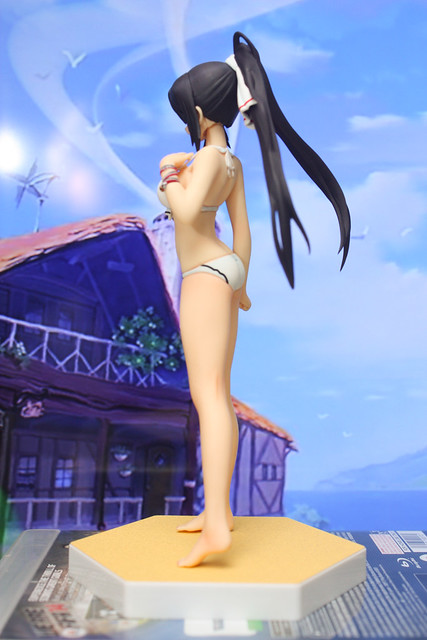 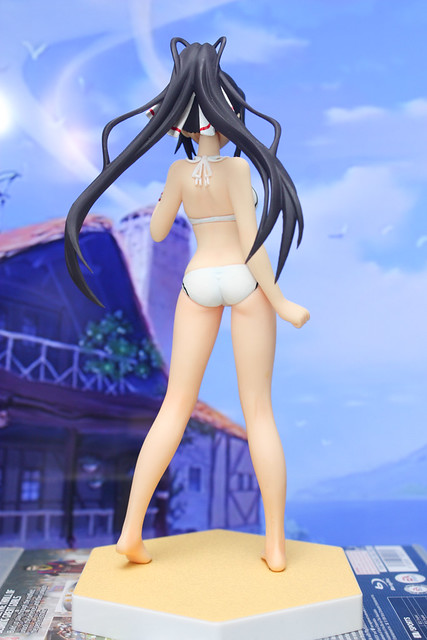 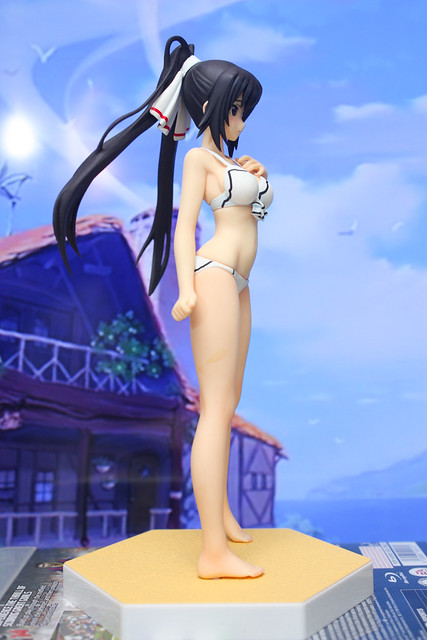 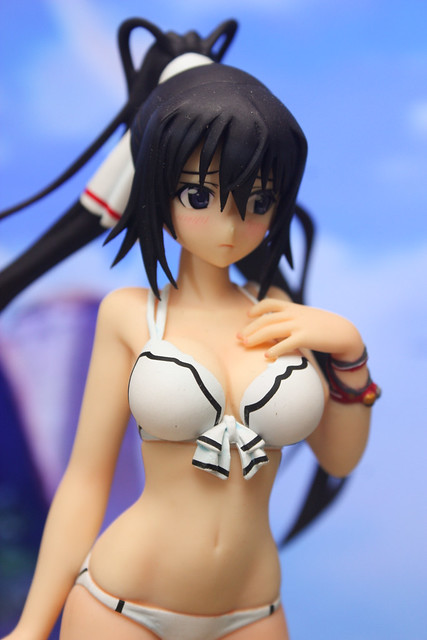 Houki is probably the most tsundere among the girls in Infinite Stratos (maybe next to Ling) and it’s refreshing to see her embarassed face instead of seeing the usual strict Houki that we’re accustomed to. 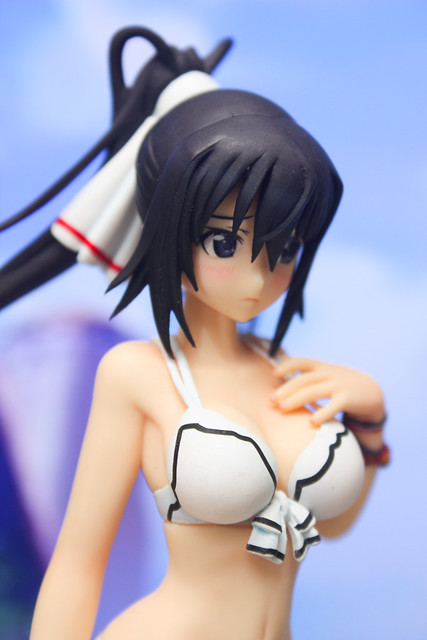 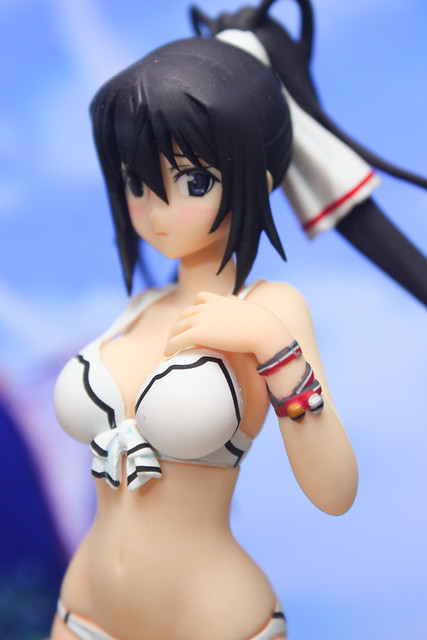 Despite the awfully charming figure, it’s also very easy to spot mistakes ilke the bad paint job Wave did on her armband (where her IS is stored in). Though this is not exactly consistent with ALL Houki figures, it’s still disconcerting of course to see. Once you see it, you cannot unsee it after all ^^ 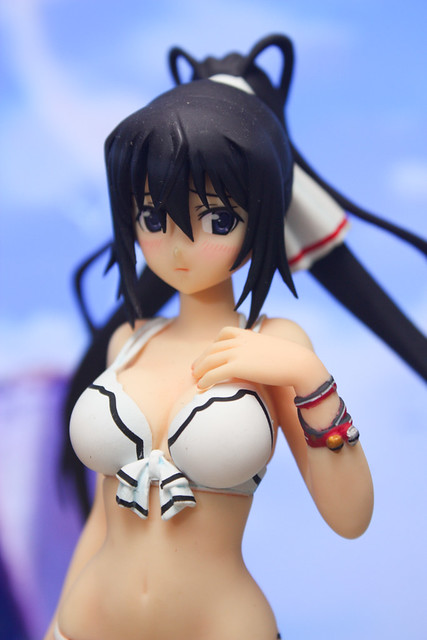 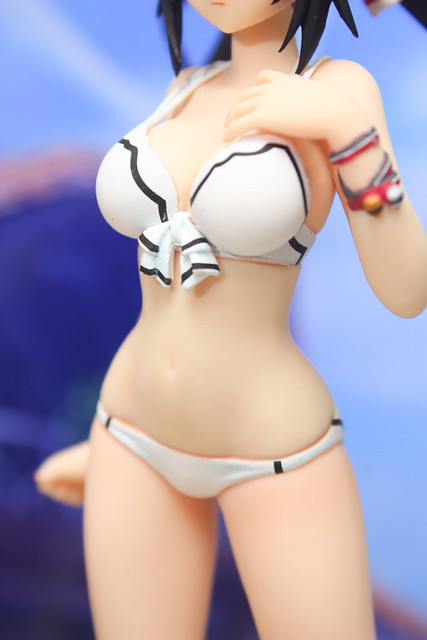 I have issues with the paintjob of the bikini top, but overall it’s not as bad compared to the bracelet. From up close, the ribbon looks stiff. but if you look at it further away it looks relatively soft. 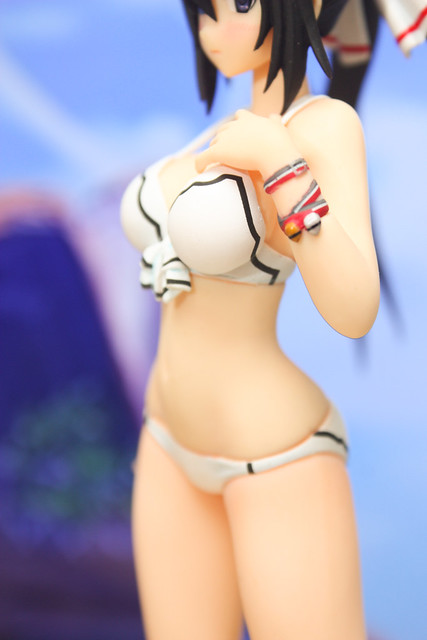 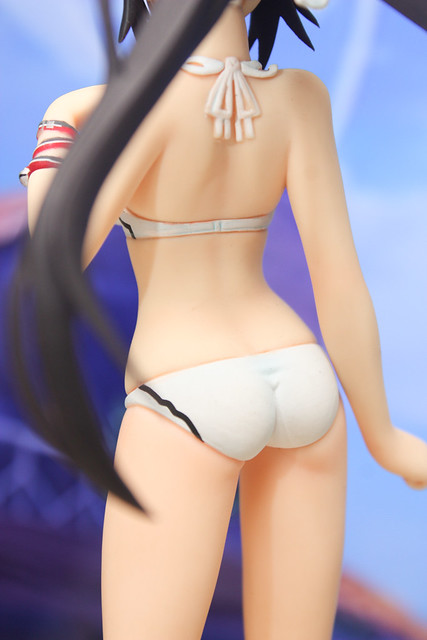 Ribbon from behind really looks stiff, but at least the bikini strap looks a bit ok lol. Love the bottom of her outfit as it really hugs in all the right places ^^;;;; 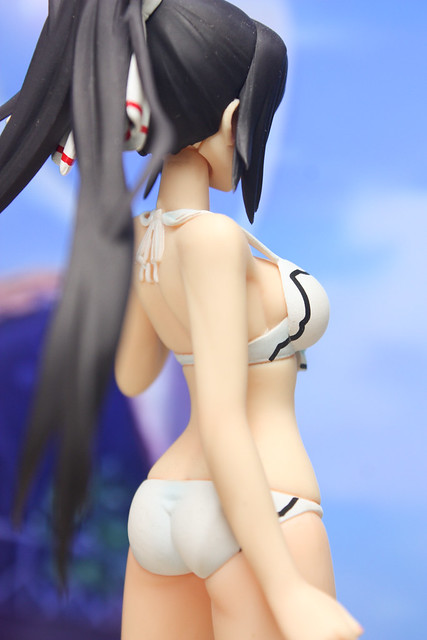 The small details such as the gap between her skin and the strap also helps increase the charm of this figure. Sadly, I have issues again with how the ‘cup’ of the top looks like it was just glued on. Of note is the tight bottom that also brings out some necessary fat from the figure. 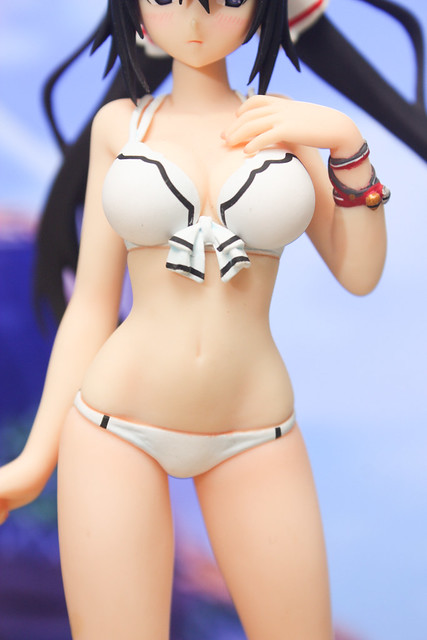 Loving the waistline. My problem with this figure isn’t in the anatomy, but the quality of the paint job of their figure’s clothing 😛 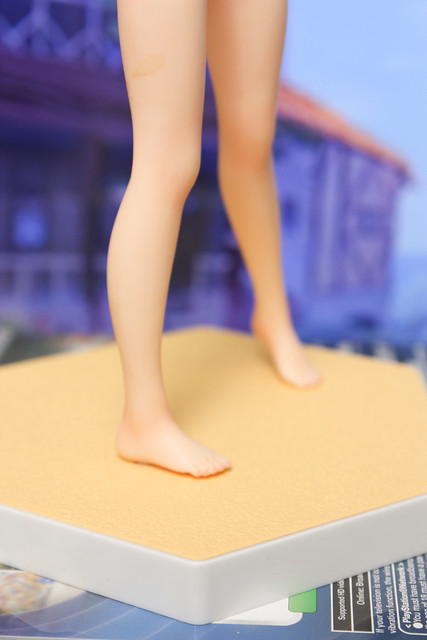 Base is the basic beach base that all BQ figures have. 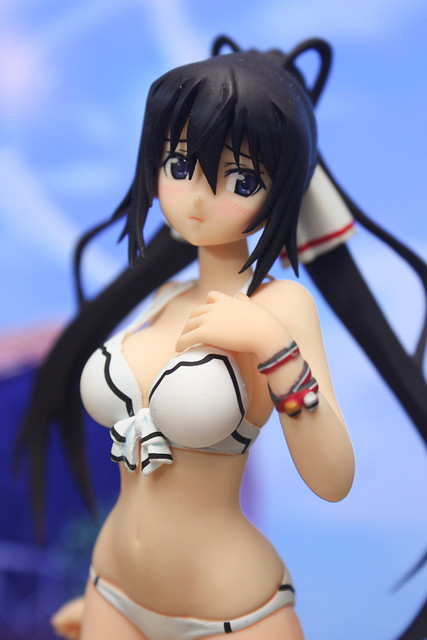 The saving grace of this figure is the fact that the head is adjustable (thank god). Body language still applies even with figures and the position is just as important when you want to communicate something. 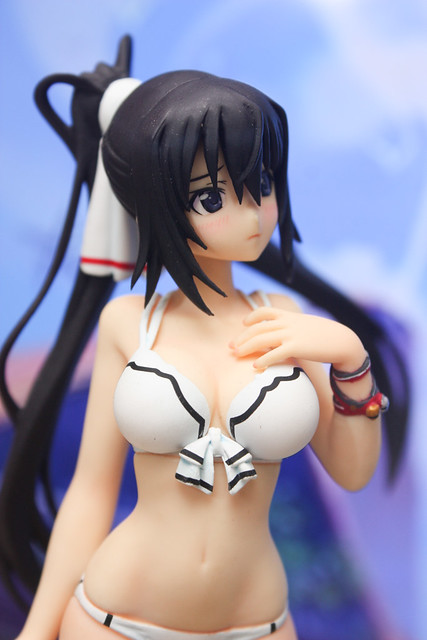 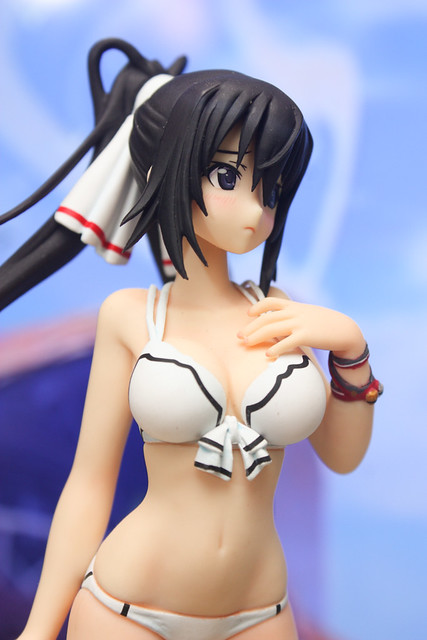 Like here, we see the same figure, but some people prefer one over the other. What about you guys? 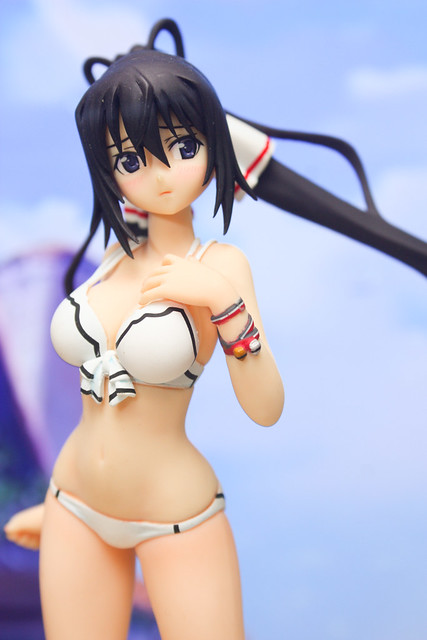 I have to say BQ figures are affordable, but with affordability comes a sacrifice in quality as well. Its faults might be standing out more because the figure is one fanservice homage to beach episodes.

To be fair also, I think this figure should be wet with waterduring review since’beach queen’ is written all over it XD. Will try to do that soon. In the meantime, have a picture of Woddy hitting on Houki. 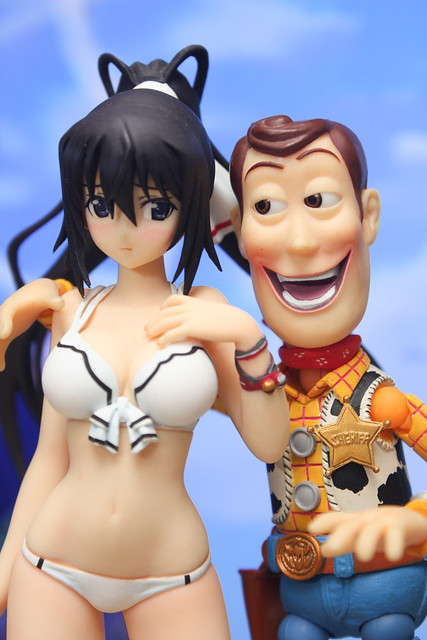