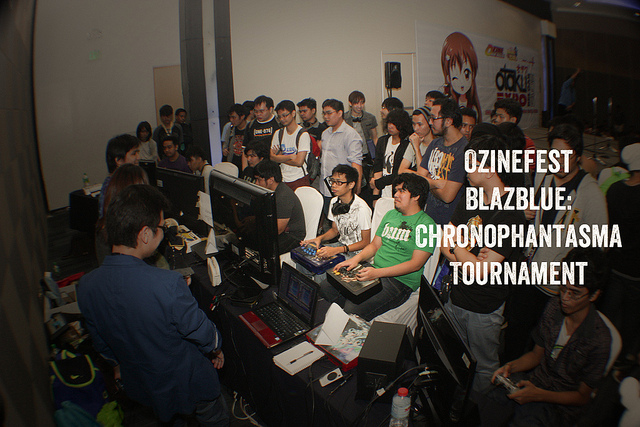 Aside from things related to anime, I also get myself into organizing events like booths and fighting game tournaments for several games. Last November 16 and 17, me along with some partners have decided to organize the Philippines’ very first Blazblue Chronophantasma tournament in the Philippines. 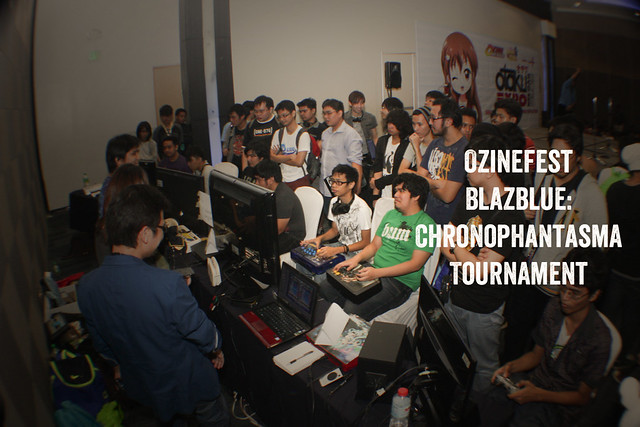 I totally love playing fighting games, and I’ve been into the genre since 6 years old Street Fighter 2 was out. The latest game I’ve been playing at the moment is called Blazblue: Chronophantasma, which is pretty popular in Japan as of writing.

The game was developed by Arcsys, same people who made the Guilty Gear Series and created the Persona 4 fighting game, which I’ll be playing for a little while before the latest Guilty Gear installment comes out. 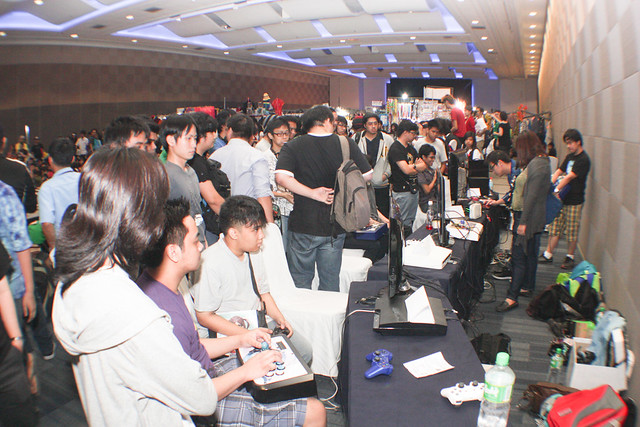 For a tournament where a lot of the regulars didn’t join, 28 contestants was pretty good. It’s also awesome to meet new people as well during events like these who share the same passion as I do. Hope these new people will continue to keep on playing until one of our planned events come into fruition. 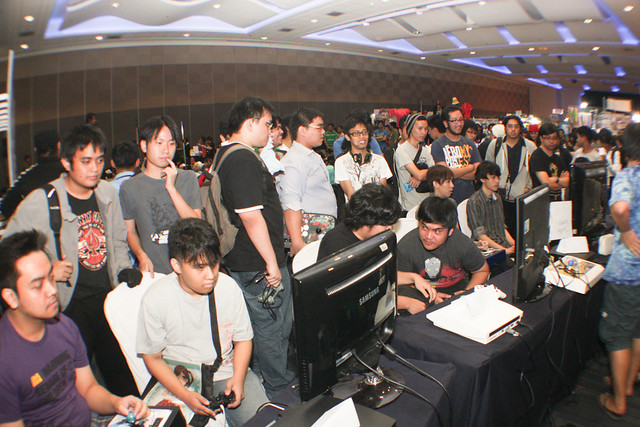 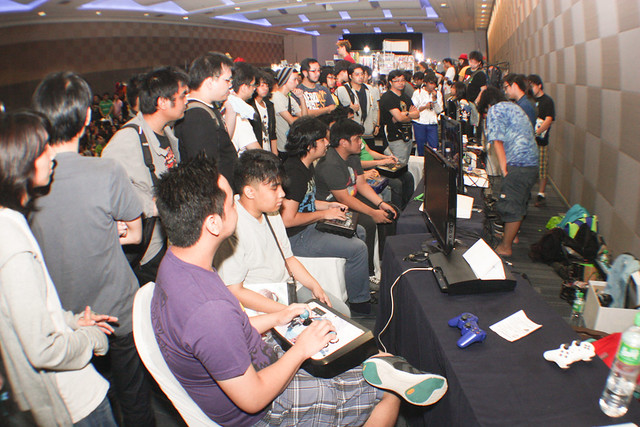 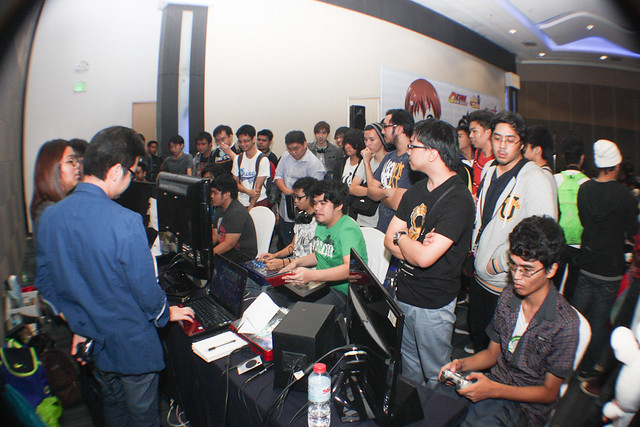 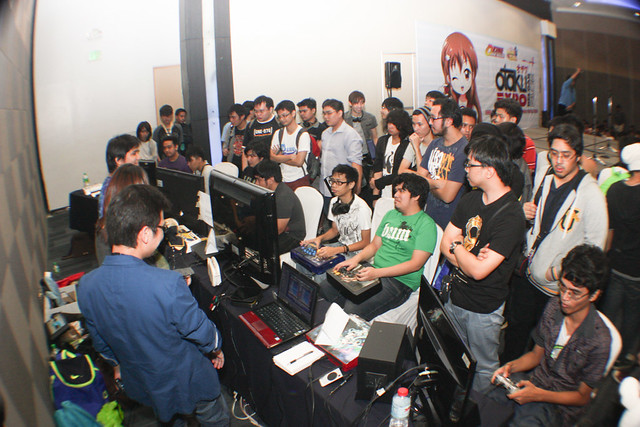 Since BBCP is a new game to a lot of people and not to mention getting it in the local stores is hard because only the JP version has been released, some people went to the event just to try out the game and see how their favorite character has changed. 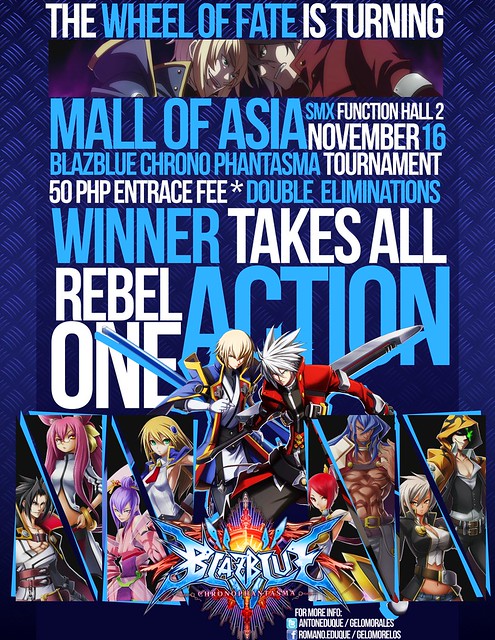 It also helps that we have an awesome poster courtesy of one of the members from the community. 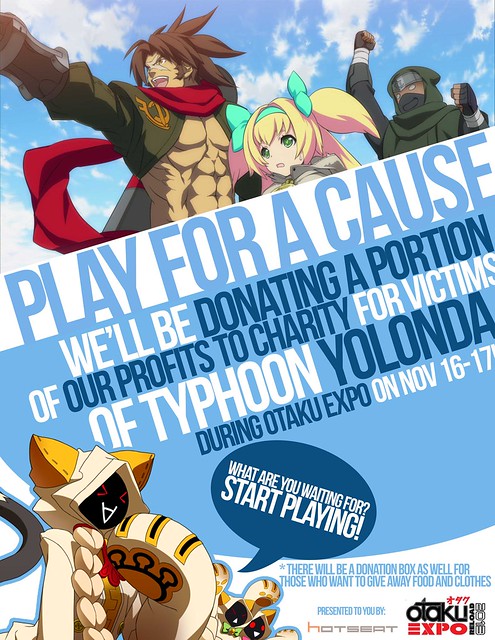 The event happened a week after typhoon Haiyan struck our country (Philippines). Thus we decided to giveaway all our profits from the event to relief efforts being handled by the organizers of the convention. I was blessed enough that all the members agreed to it. 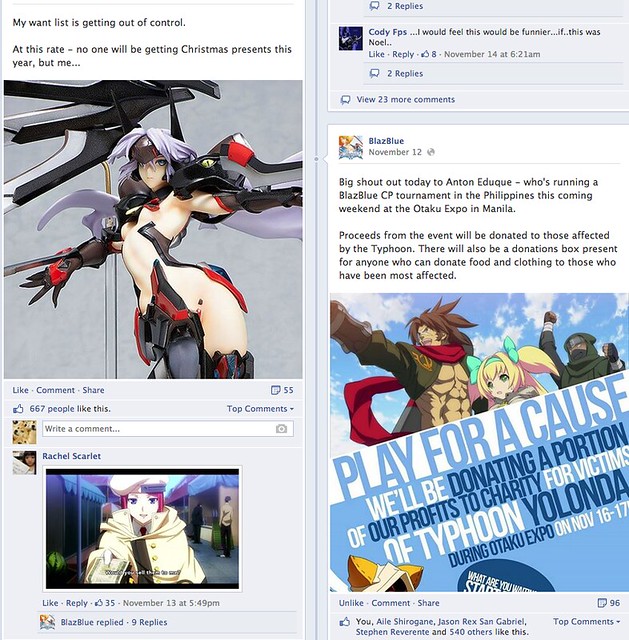 I was also surprised that the Blazblue facebook page took notice and shared our poster to everyone as well, which helped get people to the event as well (if you guys were oggling more on the mu12 alt color figure, that’s fine too ^^)

I’ll leave you with some videos from the tournament for you guys to check out. Shoutouts to P2D for letting us post on their channel. You can check more P2D vids on this link here.

Brackets can be found here: http://i.imgur.com/hJKNmkV.png