As part of our marketing efforts for the February Ranking Battles, we’ve decided to hold an event which tripled as casuals, a streaming event and some serious 1 on 1 fights which we called grudge match (for no apparent reason at all) 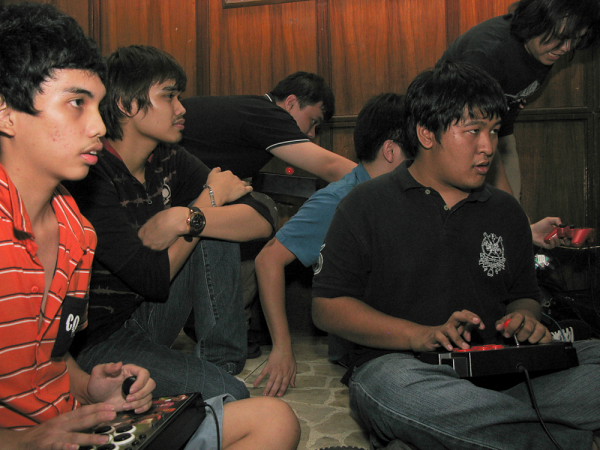 The rules of the grudge matches were simple, first to win around five to seven matches wins. The entire match is a 2-round event between two players who do not play against each other as much as their peers. 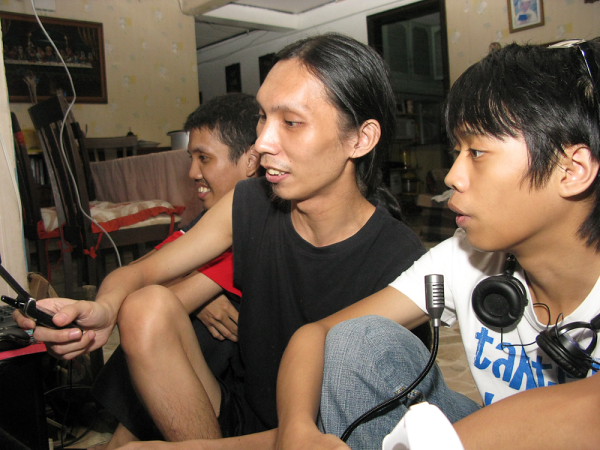 The entire event was hosted again by Mark, Allan and James Santos of D-Tier Cave. The guy on the right isn’t James by the way. Funny thing about this event was that a lot of us weren’t using our main characters. Most of us used our subs. Ry used Carl, Allan used Lambda, Pete used Rachel, Heck I even used my sub’s sub, Hakumen, just for the kicks. 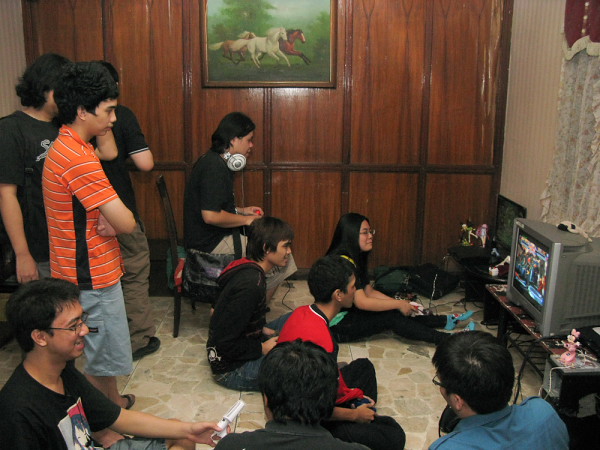 We also had commentators for the event proper as well to train future commentators in the upcoming events and more importantly for fun. Our team battle champion, Arabian Cyclops provides us with commentaries in some of the matches. Me and Bert also commentated in the first half of the stream casuals. 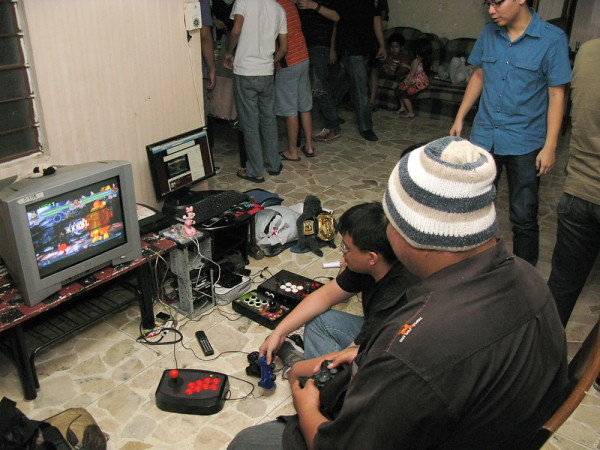 A new challenger has arrived! BM, a new player of Blazblue has decided to join the fun to learn more things about Rachel. He even brought along a TV, a PS3 and a ride as well, muchos gracias! If you guys in the Philippines know any Blazblue player who is looking for other players don’t hesitate to give us a poke at dustloop (just go to match finder then look for Philippines) or you can message me here. 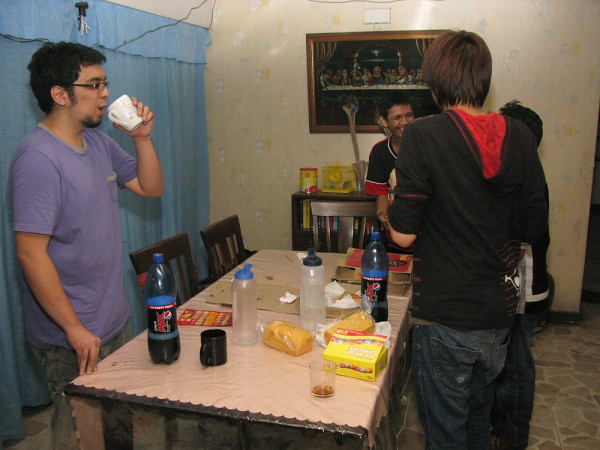 Because Chase felt good about winning the Team Battle, he decided to treat us out with his much coveted prize money. But seriously, this was his bday blowout to the community, and his way of showing how much he enjoys the company. Thanks man! 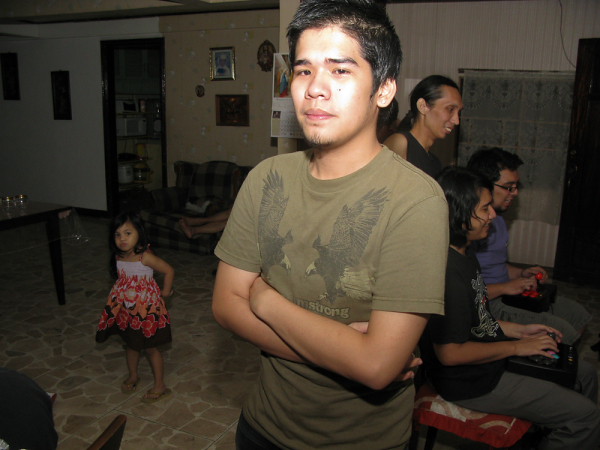 Beware this man and his new and zomg deadly pole dancing Litchi Faye Ling! In-san has been training in Ted’s house for weeks already and I have experienced firsthand how good he has become over the past two months. He isn’t just good, he gave us a hard time beating him. One mistake afterall can lead to a combo that isnt just damaging but also gets you to the corner. 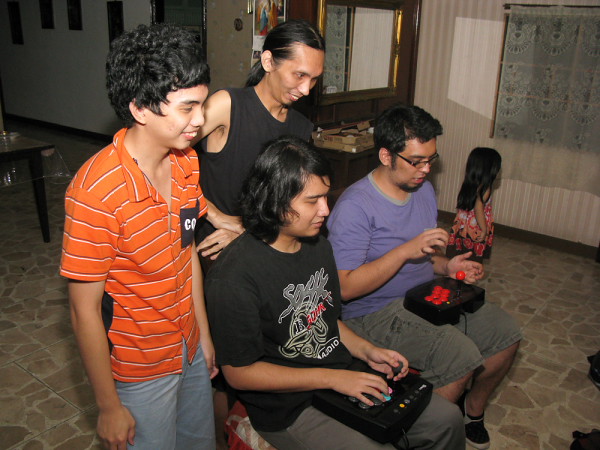 Having epic Noel vs Rachel matches right here. Speaking of epic matches, here are the results, without the number of wins/losses

In case I forgot a match, please let me know so I can add the proper information. Videos will be distributed either by youtube, UStream or by DVD giveaways if the lords of money rain upon us.

The next day there were casuals at Nicole Escutin’s place, I wasn’t able to take pictures because the camera acted up at that time. Needless to say a lot of ownage from Nic came out and someone finished Space Invaders at the PS3 with the Sailormoon R theme playing.