After almost a month’s worth of procrastination, I was able to get my butt moving and started topcoatting the GN-X’s frame this weekend. 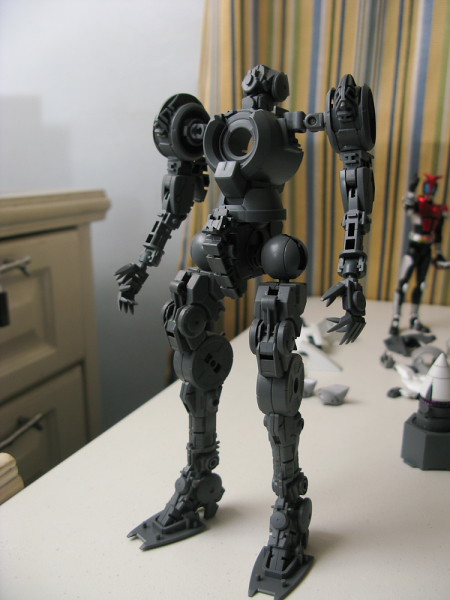 Although a friend of mine said not to topcoat the interior skeletal frame because some of the parts might not fit, I decided to go along with it anyway. I reasoned out that the parts might be more sturdier and would stick to the other pieces more efficiently that way. 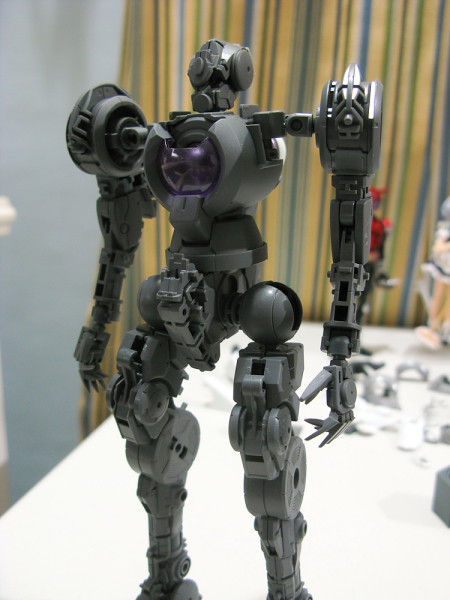 It truly is a huge difference when you’ve topcoatted a Gunpla versus just assembling it. The untopcoatted one (link) looks plasticky as opposed to the matte finish that this one has. The topcoat I used for this was the Mr.Hobby Topcoat Flat. 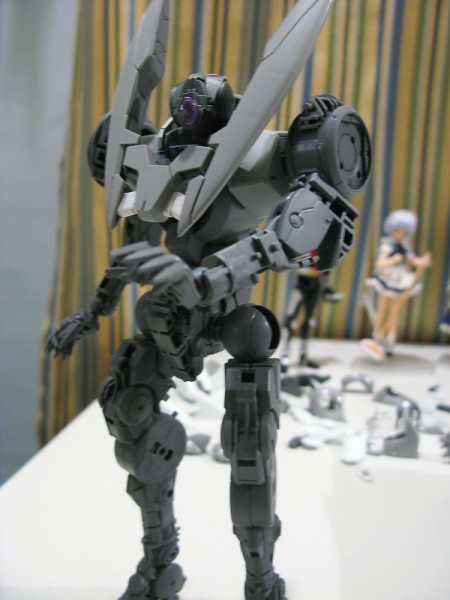 I realized that I had the neck on the other side so I had to adjust it a bit. Placed the chest parts just to make it look like a boss of some sort RPG game that involves fighting against evil robots. 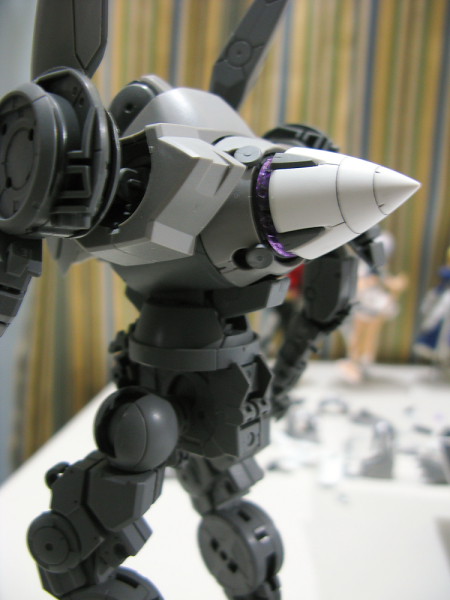 I totally prefer the conic GN-Drives from season 1 as opposed to the miniaturized versions found in the second season and more so in the movie. I’ve been thinking of ways to put a purple LED light inside the chest part to make it look better, so far no luck. Any suggestions?

I’ll be finished with this gunplay by tomorrow for sure =D hooray for me.