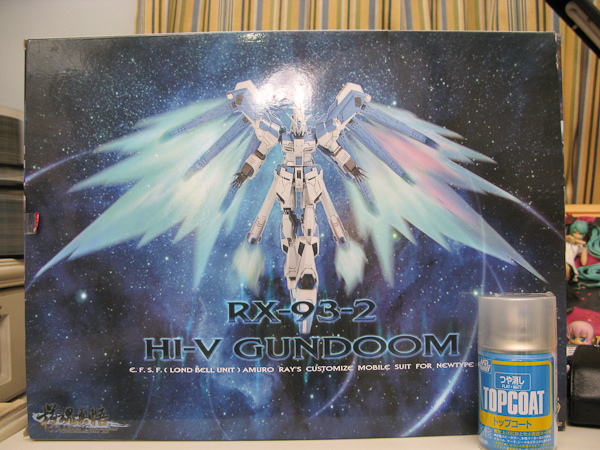 This is my second Gundam based on the UC-Generation and quite honestly I am quite surprised at the reviews I’ve seen from different bloggers. That’s not a typo btw, that’s really a GundOOM. Part 2 of this review is up, you can check the front page or go directly here. 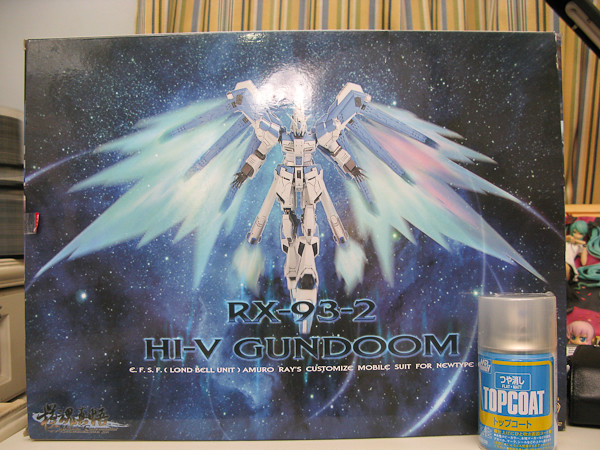 The first reason I was surprised was that for a china-branded Gundam (McModel), this mobile suit actually looks nice even as a disassembled pile of plastic parts. A lot of people equate that china-branded stuff are often lacking in quality or downright bootleg copies. Second, a lot of reviews point out that this HGC (high grade concept as McModel calls it) is waaay better than Bandai’s Hi-Nu Gundam. The best part is, it’s a really cheap buy, almost the same as buying a HG 1/100 Flag or Tieren Taozi. Now that’s bang for your buck. 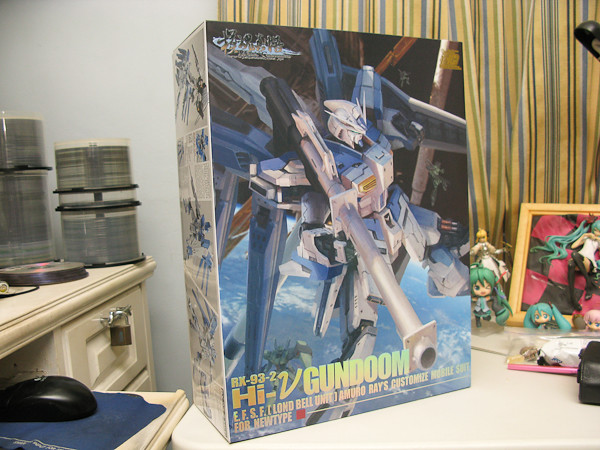 I do appreciate the dual cover art as it imbibes this feeling of exclusivity, almost like you just bought a PG Gunpla. Bought the gundoom at  Greattoys  near my place along with some Mr.Hobby Flat Top Coat all for P1,800 (Gundoom costs 1480 pesos). Quite a bargain I’ll say. 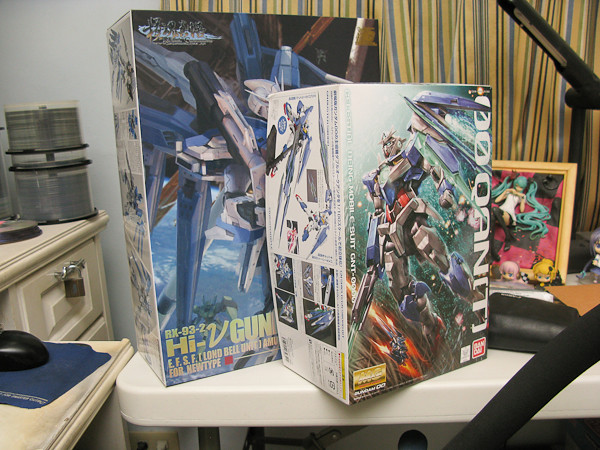 You can totally see how immense the Gundoom box is when compared side side with another box. Right here is we see an HGC 1/144 Gundoom box totally dwarfing over a 1/100 MG 00QanT Gundam. It really feels like buying a PG =D 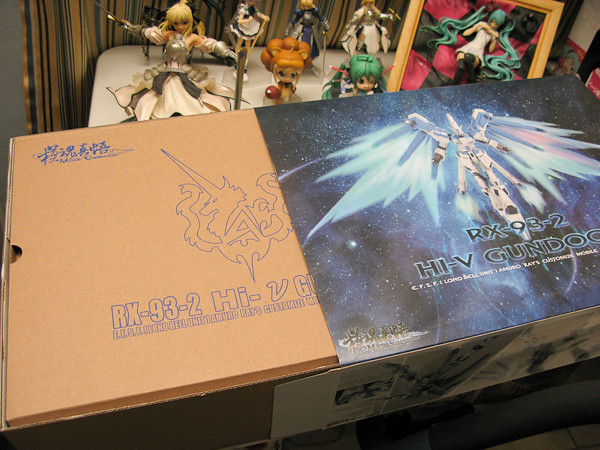 Lo and behold, its like a box in another box. McModel sure took extra care of the parts that were included, unlike some other company who sometimes invest a lot of plastic on runners =__= 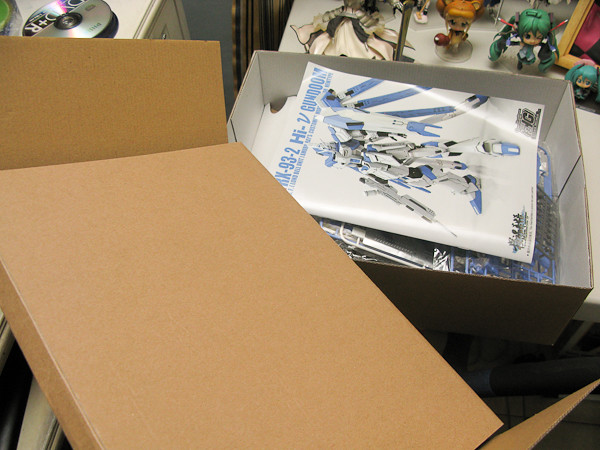 Sweet looking manual. I have to check that in a while. 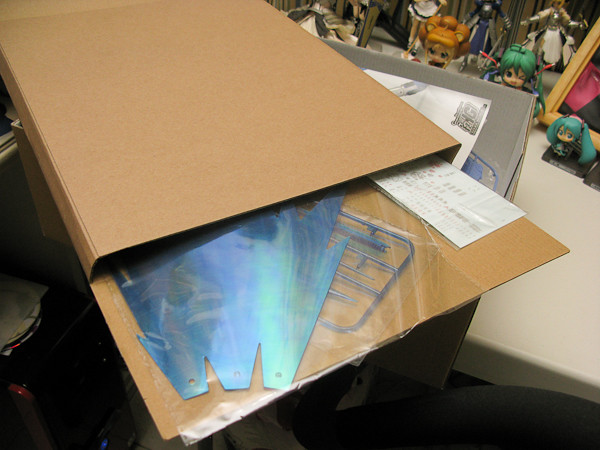 Oh wow! Even the cover acts as a compartment to keep the wings of lights and decals un folded! That’s very thoughtful of them =D 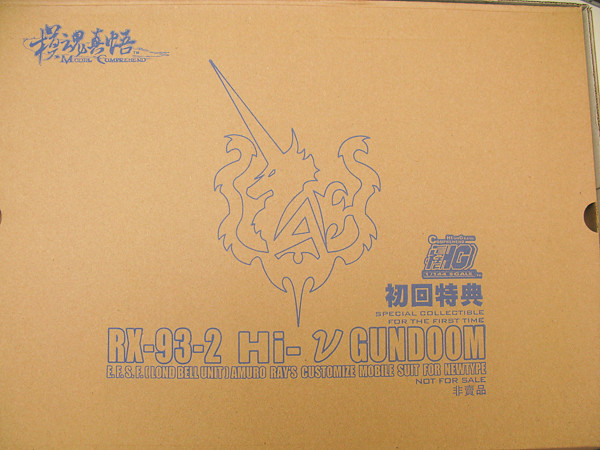 Hmmm feels like this company can use some work with its english. And it says its “not for sale” too hahaha. 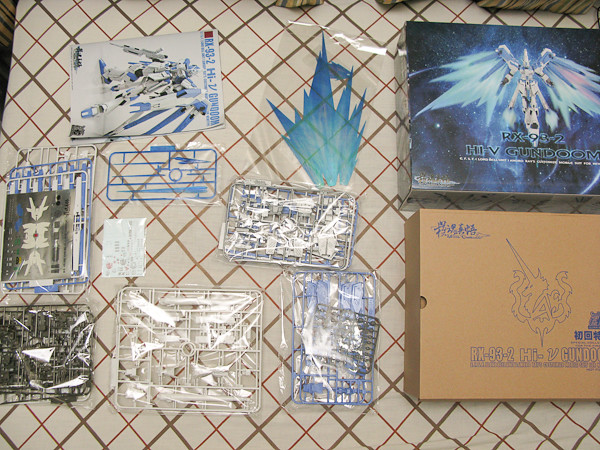 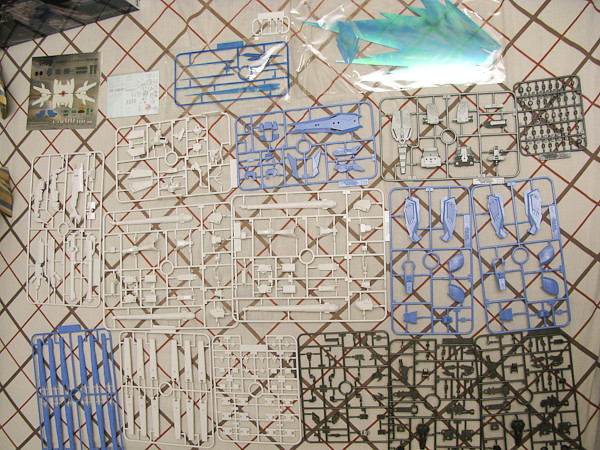 I love how the wings of light look, I’ll review that part as soon as I’m done with the entire Gundoom. I’m amazed that the each plastic part looks detailed instead of trying to look sleek. I guess it has its charm =D 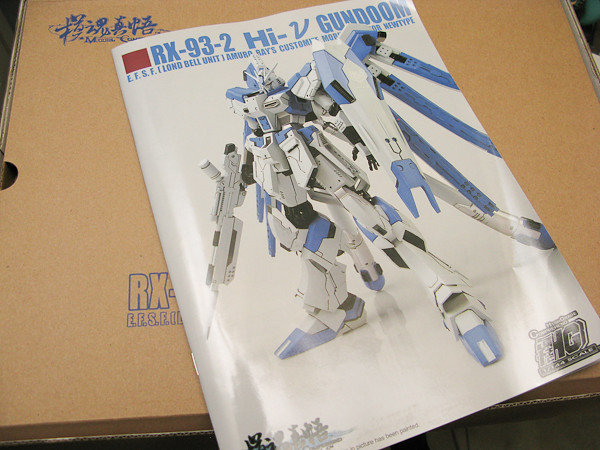 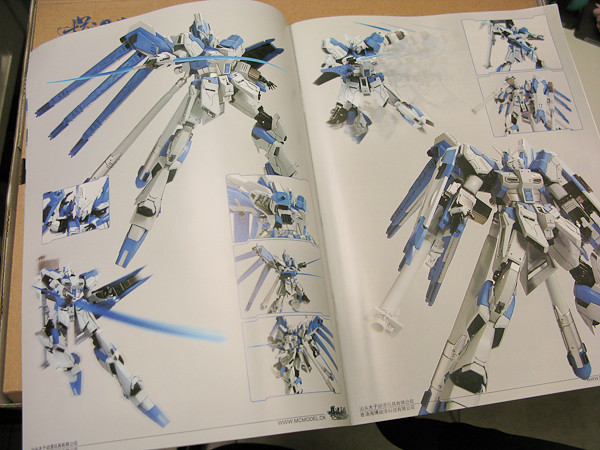 Oh wow, that picture on the lower right looks like the Hi-Nu was overloaded. Sadly you have to buy another Gundoom to achieve that look (double bazookas and double shielding), then again you can mod the other Gundoom to make it look like a really mean close-range machine. I do wonder if Gundooms will be allowed in model kit competitions 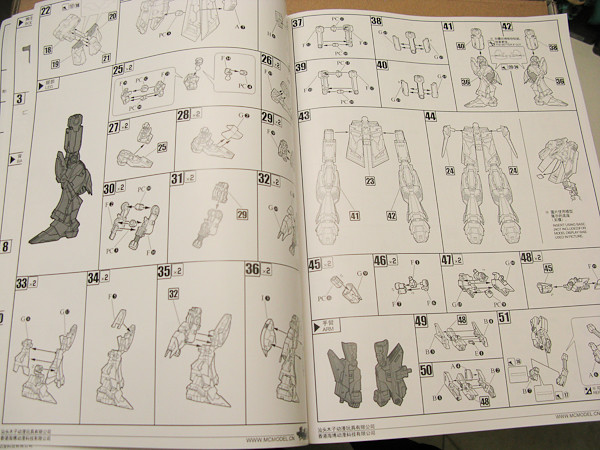 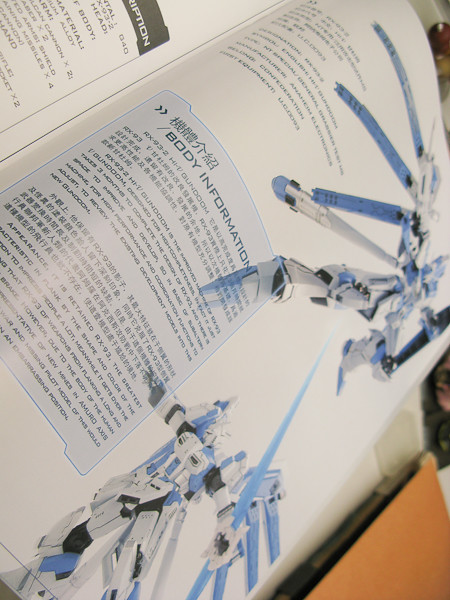 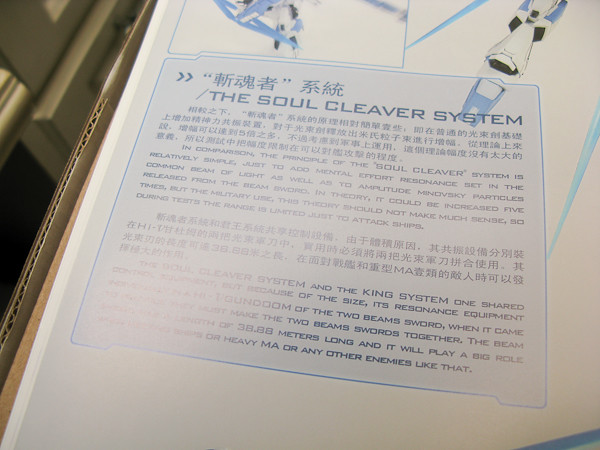 I did say that McModel needs some polishing when it came to english translation, but I guess sometimes some translations are really too funny to get irritated. Like this one almost indicates that the Hi-Nu can be classified a super robot hahaha. There are a lot more in the manual like “taking out its fin funnels from its bag” and its code name being “English Hi-Nu Gundoom” =D 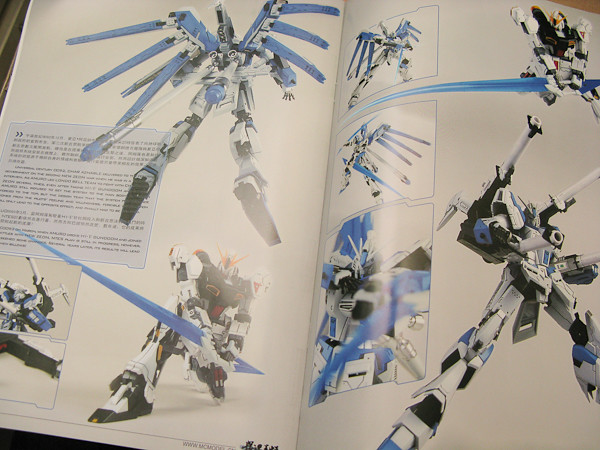 In case anyone is interested there is also a Nu Gundoom as well from McModel. Man, I wonder what crazy model kit they’d come up next. I’m digging that quad gun set up there. 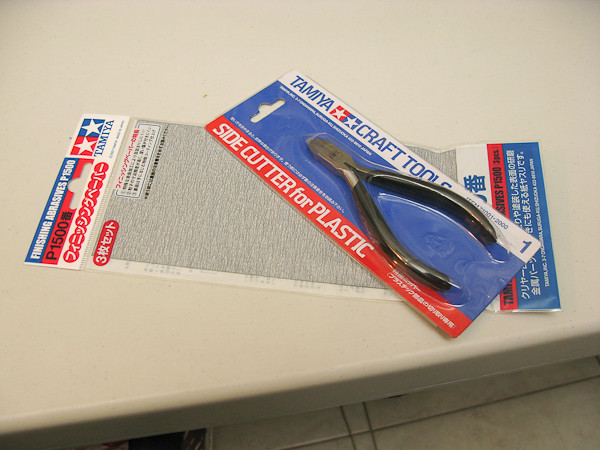 Handy dandy side cutters are ready. I do suggest to anyone who is starting out with gunpla to invest in these versus scissors. Trust me, they’re worth every penny. They also work as nail cutters too (don’t try this at home) 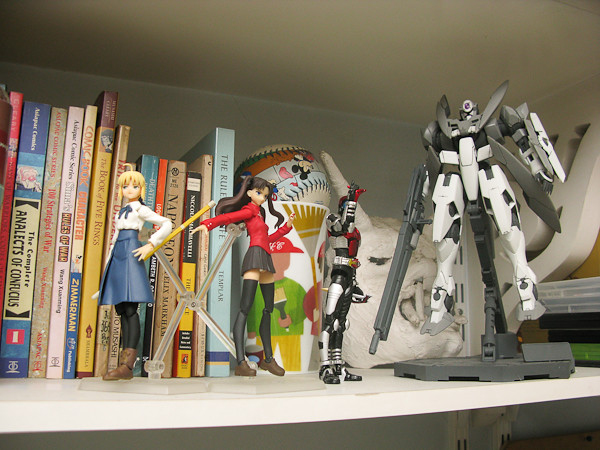 In case anyone was wondering what happened to my GN-X, its right there along with rin and saber =D Review of GN-X can be found here 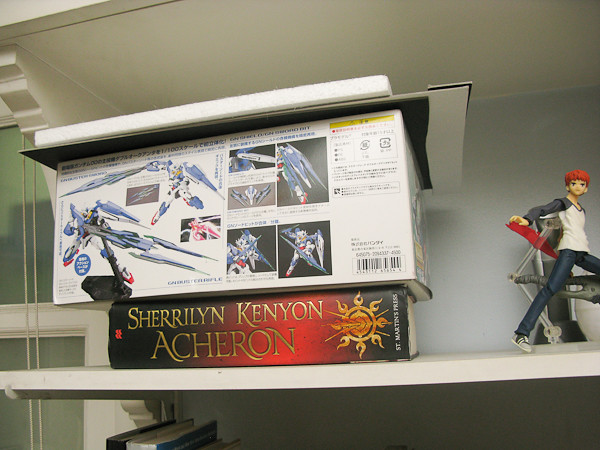 And as for the MG 00QanT Gundam, its been almost 5 months and I haven’t touched it at all. Hahaha that’ll take a while 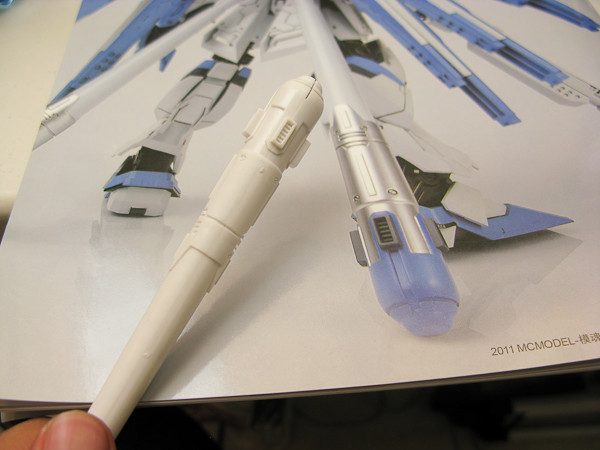 Ooooh hit a snag. I now remember why I’ve decided to get MGs over HGs (or HGC in this case) MGs nowadays hardly need to be painted and its sturdier due to the internal skeleton. This means I’ll have to stop assembling and start buying blue and white paint, silver and black markers, and primer as well. It’s the light that’s making the plastic look yellow by the way, but I guess I’ll still paint over it for good measure.

PART 2 IS UP: check the front page or go directly here.

Figure Stands GET (plus Topcoat on Figure Accessories)
35 replies

Figures for Sale – Saber and Others Part 3
Scroll to top