Work has been pretty hectic really, and luckily I’ve been able to find some time last Saturday to buy stuff I needed. 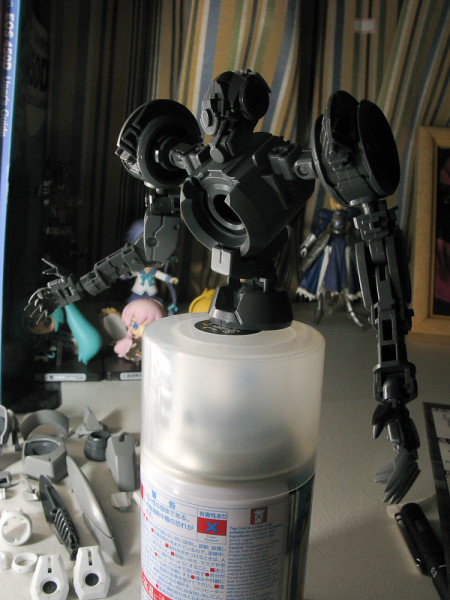 No that’s not some cheap RPG boss who only has half its body, that’s actually the frame of an MG 1/100 GN-X. I’ve decided to “redeem” myself of my previous gundam escapade and try to start anew. 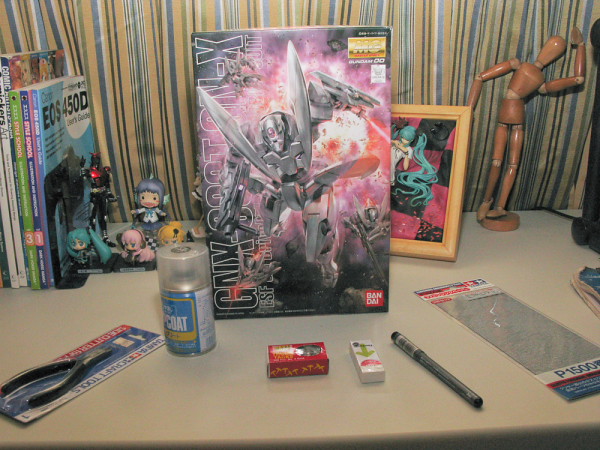 Bought a 0.03 copic marker that really didn’t help at all (the ink conked out early in the building process D=<). Got myself a flat topcoat to finish off the gunplay since I won’t be painting it anyway and some sandpaper (1500 grade) to remove the nib marks from the runner. Even bought an eraser and thumbtacks per instruction of the sandpaper, which I didn’t get to use hahaha. 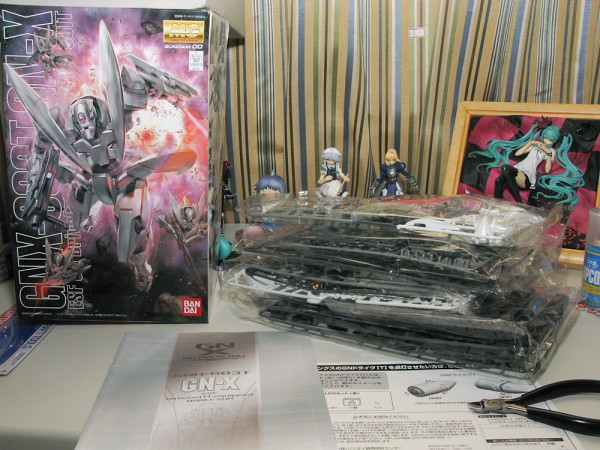 Also invested in a pair of Tamiya hobby cutters. It really comes in handy by the way and for those future enthusiasts of gunplay, I do recommend in investing in one rather than using scissors or the plain old “bend till it gets removed” method. The gunplay looks cleaner and there is little sanding involved. 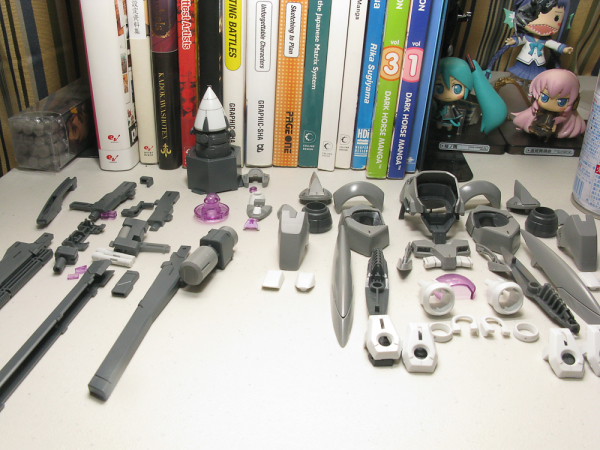 Took out some of the armor parts first and inked them. I didn’t want to spray them while on the frame because I really want the GN-X to look topcoatted all over. I’ve also reserved an MG QanT, so you can say this GN-X is like my initiation rite of sorts. 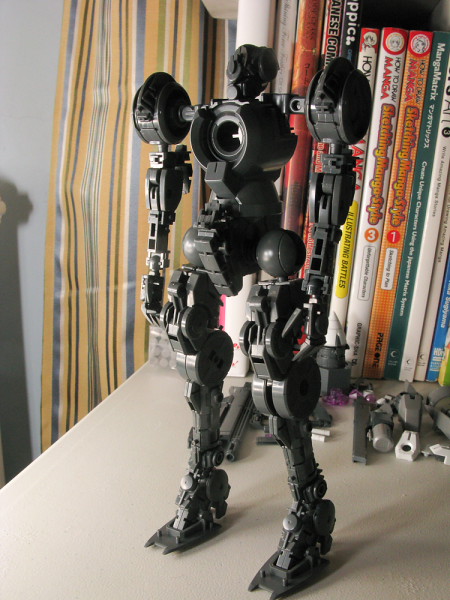 After two days of building, I’ve finally completed the frame of the GN-X. I haven’t “closed the parts yet, because I have yet to topcoat the frame. I’d prolly do it over the weekend so keep looking to see more updates. 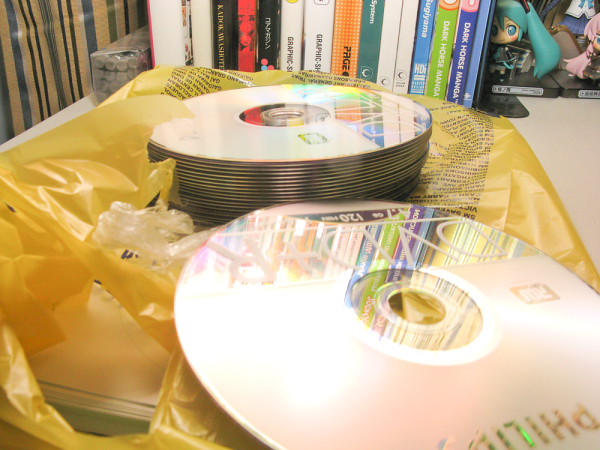 Also bought 20 Pieces of empty Phillips DVD+Rs from CD-R king. My HD is about to burst so I needed to get rid of 80 gig of files without deleting them 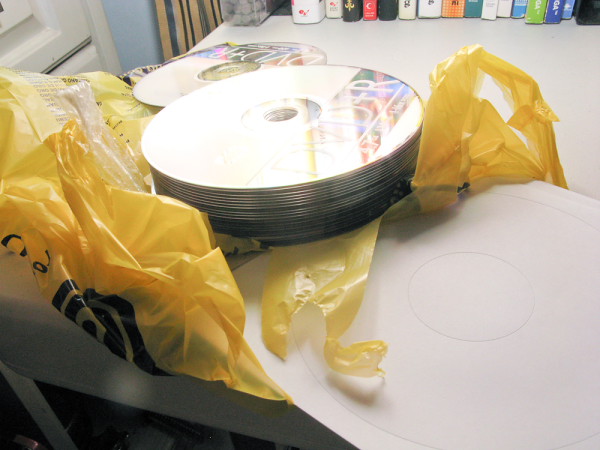 Yes, you can probably say I’m obsessive compulsive that I need to label my DVDs with stickers instead of pentel pen. ^^ 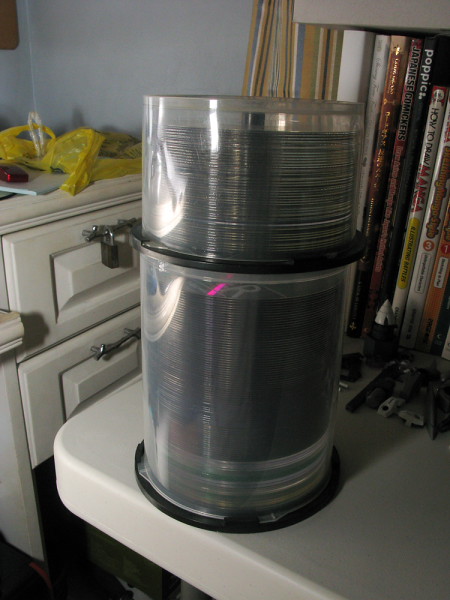 And this weekend, I’ll be spending quality time labeling all the unlabelled DVDs here, and there are 136 DVDs that are waiting to be labeled, woe is me T^T. Do you guys use DVDs for storage like me or do you buy several EHDs (external hard drives) instead.

Gunpla from the past
7 replies