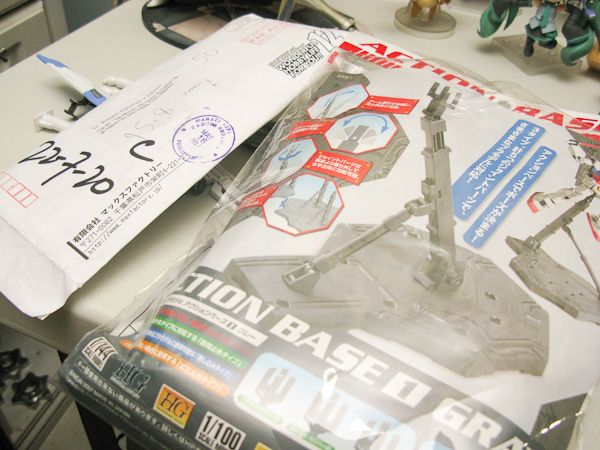 I got myself two types of stands for two very different figures just yesterday. The first one came through the mail, which summoned me immediately to go to the postal office to get my package. The second one was the Gundam base stand which I also bought for the GN-X many moons ago. 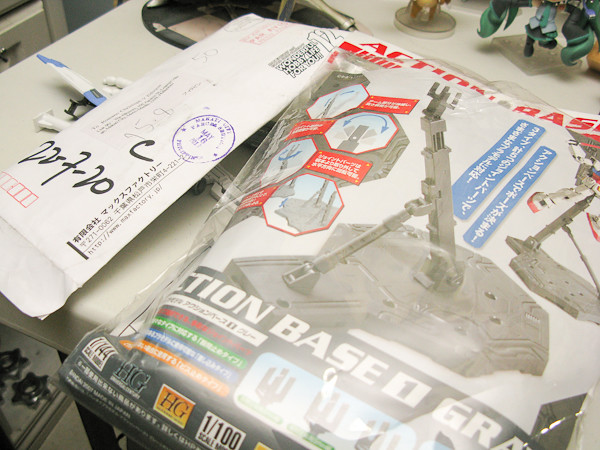 I have to tell you, I have been waiting for quite some time for this package to arrive to the point that I’ve told myself that GSC might have forgotten to email me or something. Oh well. 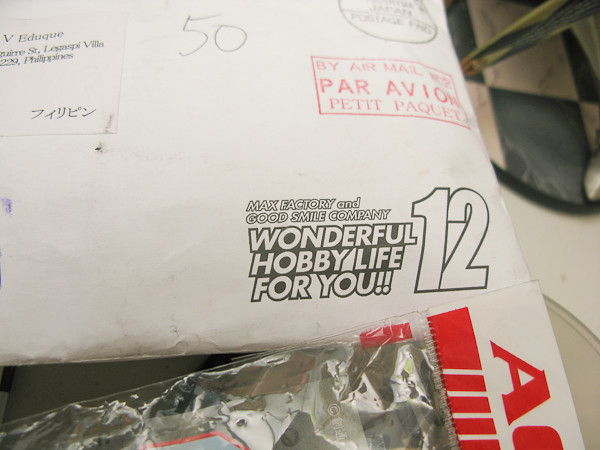 I have to admit, I feel extra special from having this GSC envelope right now versus some regular brown envelope, then I realize “HEY ISN’T IT SUPPOSED TO BE 13?” Hahaha recycled envelopes, i guess it helps to mother nature =P 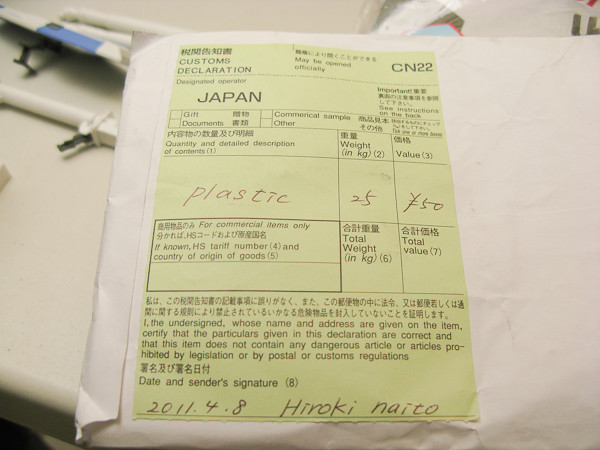 This is the first time I got a package that was this miniscule and lightweight. Though the post office letter that I got was dated May 17, 2011, the package was delivered or received in the post office on April 8, 2011. I’m curious though as to how Japan’s customs declaration work exactly because the name at the bottom was in English instead of your usual Japanese Kanji. 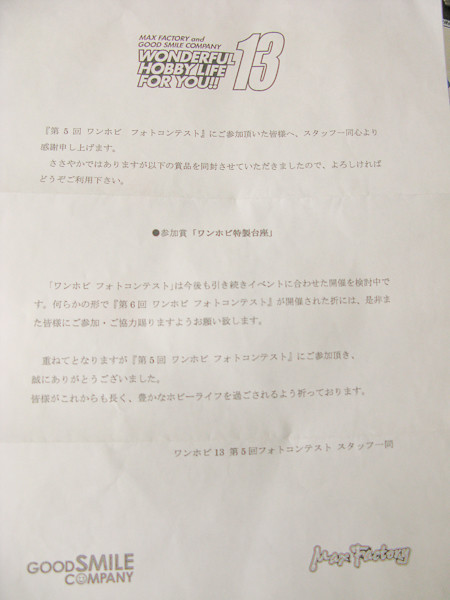 Inside the envelope was a letter from GSC. I think it’s a thank you for participating type of letter. Anyone who has some extensive knowledge in Japanese please do enlighten me ^^;; 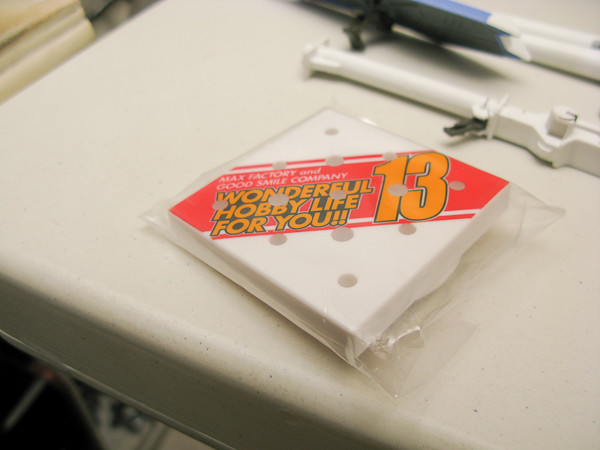 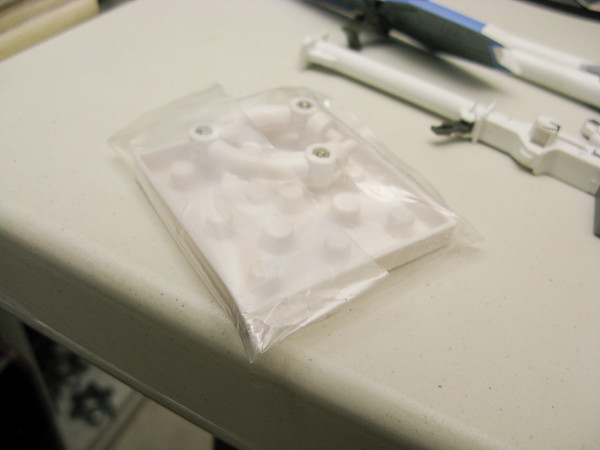 And finally inside was the Wonfes stand which you can get for simply participating in GSC’s photo contest. You can check the details about the contest here 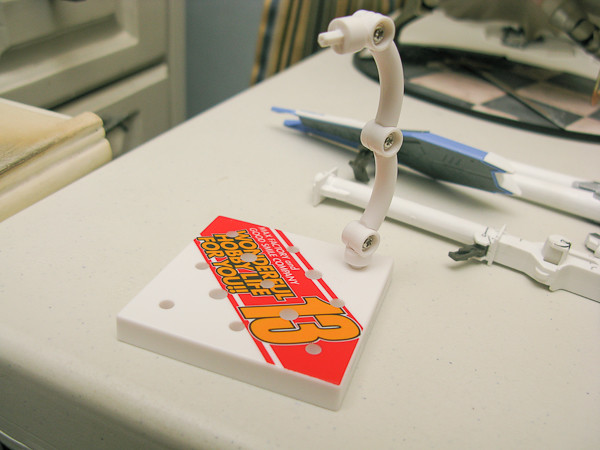 I swear it looked bigger in GSC’s photos. Must be the angle. I took mine from above. GSC’s photo seems to have been taken near the middle to make it look bigger. 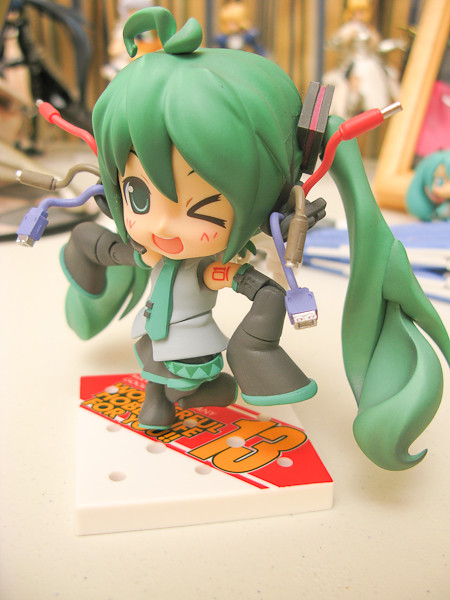 Hatsune Miku Orchestra being a happy nendoroid on her new display stand. Those small chip marks came from the side of her glasses so I do suggest you take extra care of your HMO. You can also check for the HMO review here. 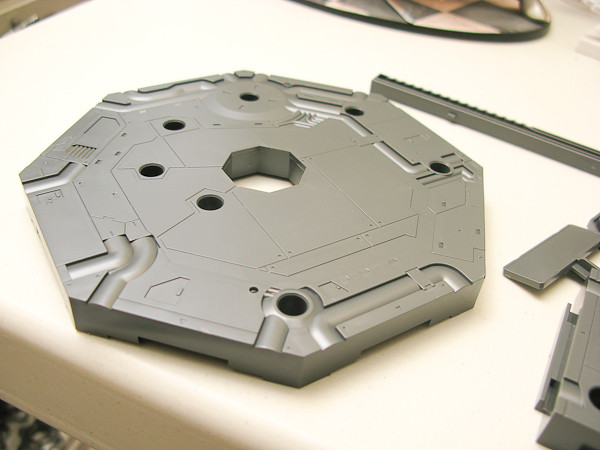 Time to assemble that Gundam base stand. How many of you guys have absolutely no problem in keeping your Gunpla standing up? I bought stands for the GN-X and the Hi-Nu Gundoom since the feet aren’t exactly the most stable thing against miniscule vibrations. 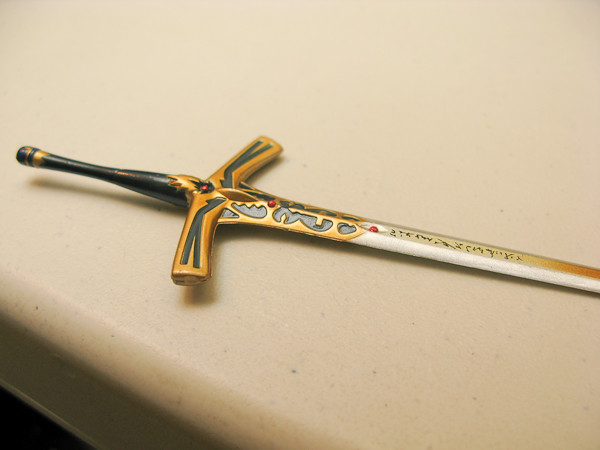 So while I wait for the stand to dry after priming, painting, paneling and top coating it, I decided to undergo a small experiment. I placed a glossy topcoat on the 1/7 Distant Avalon Saber Lily’s Caliburn just for kicks. Mind you that the figure is fake and free (since it was given to me for the lulz), so don’t give me murderous glances ^^. As you can see the picture above looks too plasticky when gloss topcoat has been added. It loses its dull metallic feel from ye olde times of King Arthur(ia) and notice that it looks more yellowish than usual. 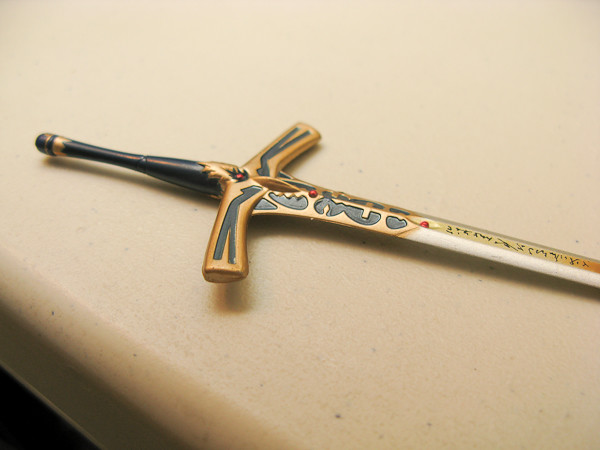 The picture here is the untopcoated one. Oh the procedure simply involved topcoatting one side while leaving the other untarnished. I prefer this one over the glossy one. What about you guys? 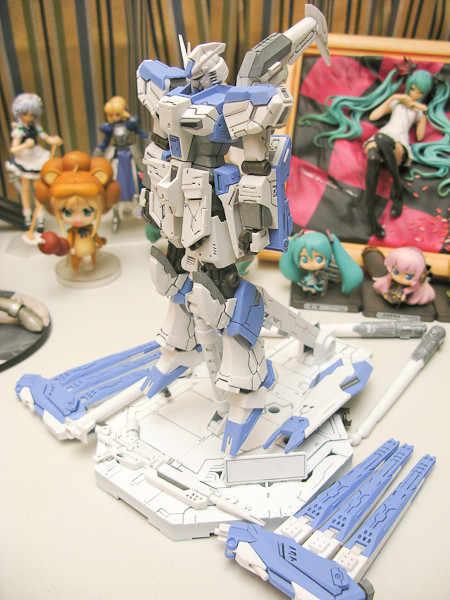 Here we have it a painted Gunpla stand for the Hi-Nu Gundoom which I did an initial review of a week ago. Stay tuned because tomorrow (hopefully) I’ll be reviewing this China enhanced Gunpla =D

Hi-Nu Gundoom Review, Part 2 and Beyond!
Scroll to top