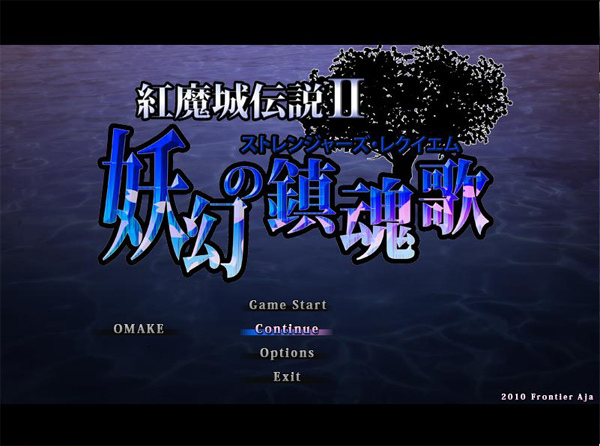 One of the most anticipated games to have come out from C79 was the second installment of Koumajou Densetsu from Frontier entitled, Koumajou Densestu 2: Stranger’s Requiem. This review may contain some bits which may spoil you, you’ve been warned =D 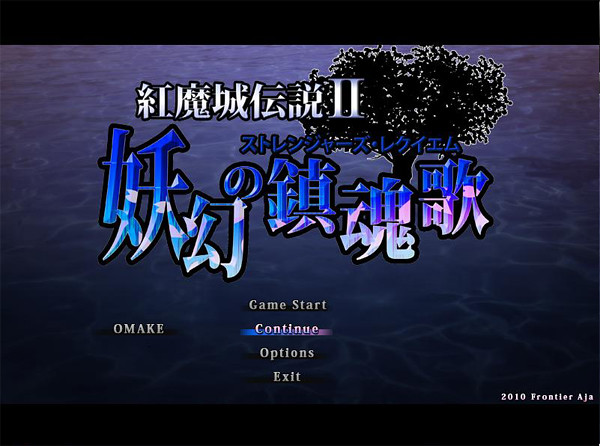 Its pretty much the same as the first one, wherein you play in a castlevania-like game, fighting bosses along the way until you can get to the root of the problem, Dracula. In the case of the first game, its Remilia. Oh the Omake part on the left side only appears when you’ve finished the game once ^^ 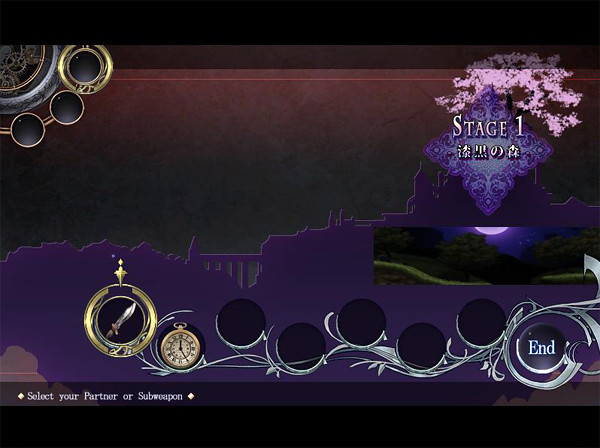 the game this time around has lots to offer with the advent of a better partner system. Once you’ve beaten certain bosses at certain stages, you get new partners. Its not necessarily every stage you get a partner. The next set of partners will be obtained at around stage 4, so you’ll have to stick with Meirin for two more levels after the first. 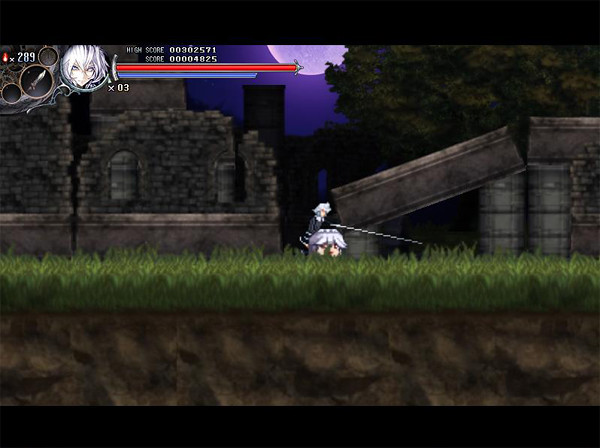 The biggest noticeable change is that game switches roles from the Shrine Maiden Hakurei Reimu, to the Head Maid of the Scarlet Devil Mansion, Sakuya Izayoi. You can now do a Crissaegrim-ish slash (Castlevania peeps are familiar with this weapon of destruction in SotN) with an up+attack. Do a backdash by pressing down+jump, and you can even throw two knives after this by pressing attack right after. Sakuya doesn’t also have an unlimited fly option like Reimu by the way. 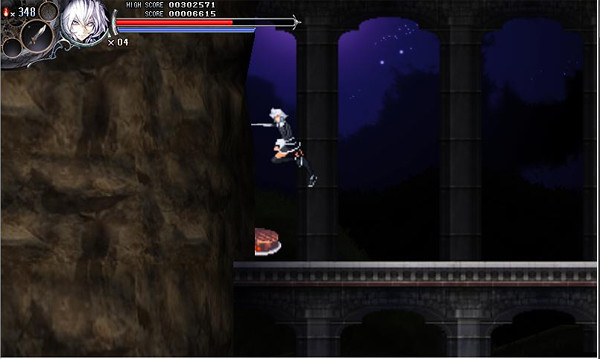 The picture with the one up and the meat are secret items. Try hitting every nook, cranny and even empty spaces. Each stage usually hides a one-up, a bunch of souls (the red orbs) or a meat pack to refresh your life. 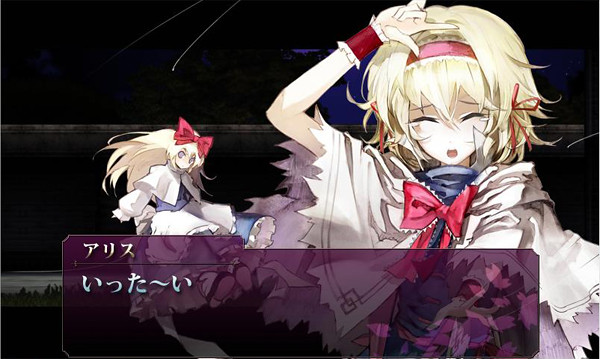 The bullets that bosses fire and the types of enemies found in the stage changes depending on the difficulty. I suggest you first go with normal, then hard. 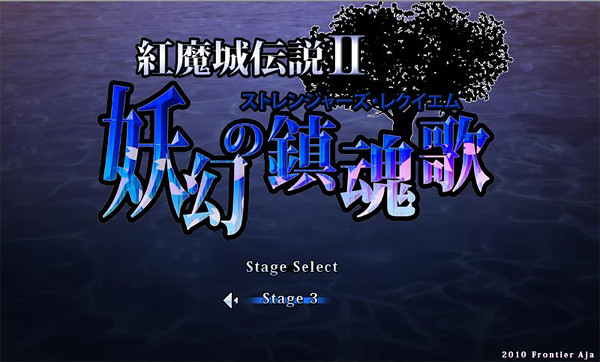 Oh, don’t try going back to previous stages if youre done with it. I’ve tried going back to stage one when I was on the eighth already, but after playing through stage one again, I got a nasty surprise, I can‘t go back to stage eight or anything more advanced than stage one. I had to redo everything because it overwrites your current level progress. T^T 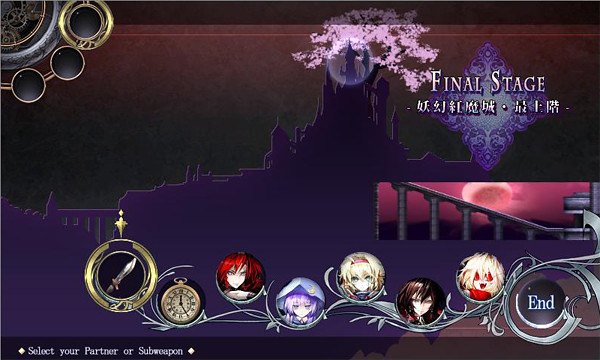 This’ll be your final line up of partners when you’ve reached the final stage. There might be an extra stage or partner once the patch comes out, hopefully the english version might be out also. 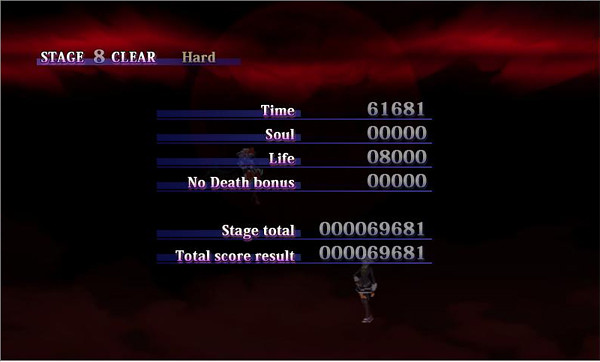 Yup had to die, just to make sure I get the most amount of life. I haven’t tried going for high score yet. 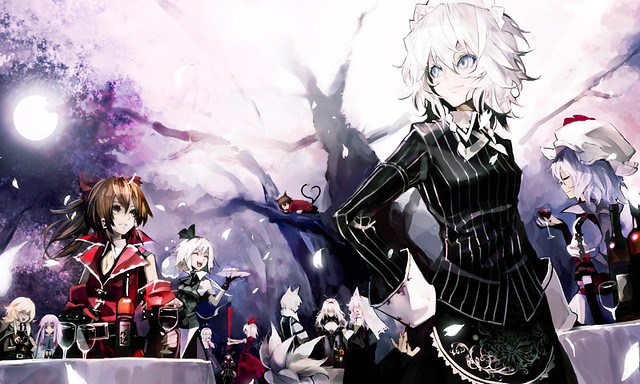 And the ending scene, I did warn you guys that there will be spoilers.

The character portraits in this game are very well made. The illustrator who made all the stunning art here is Akira Banpai. Sorry about the small pics, sadly flickr decided to resize them. Oh here is a list of the voice actresses too.

Thats a lot of pros for a doujin game, makes me wonder how they gathered all those talents together.

OP sung by Chata, like I said, all star cast. The OP video sadly puts BBCS1 OP to shame. 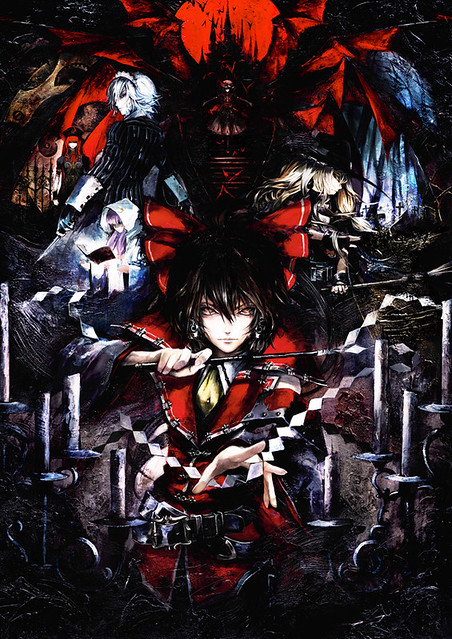 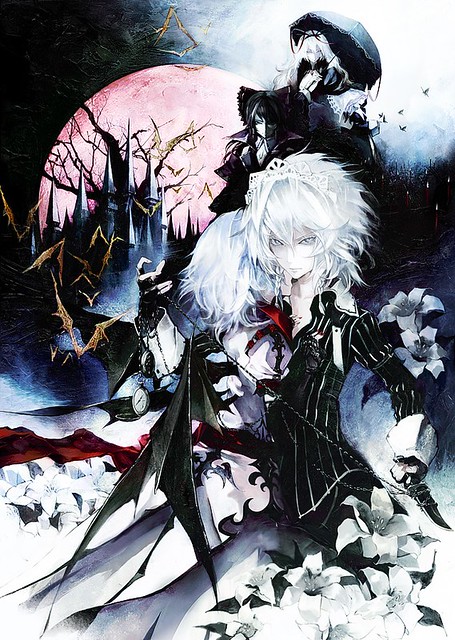 Posters from both the first game and second game. 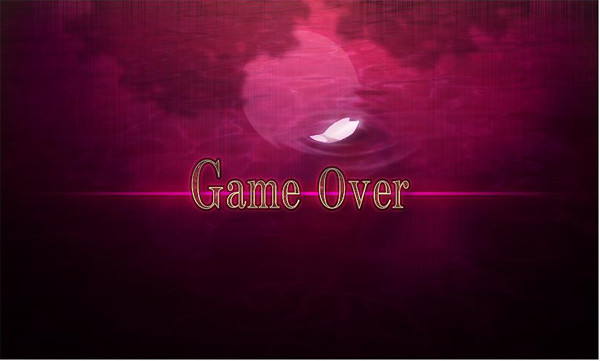 The game is definitely a must try for both touhou and non touhou fans. In a way it’s a more challenging castlevania, and a lot more fun than playing Richter in SotN in my opinion.

Just so you know, Flan is the most broken assist in this game, you’ll find out why =D