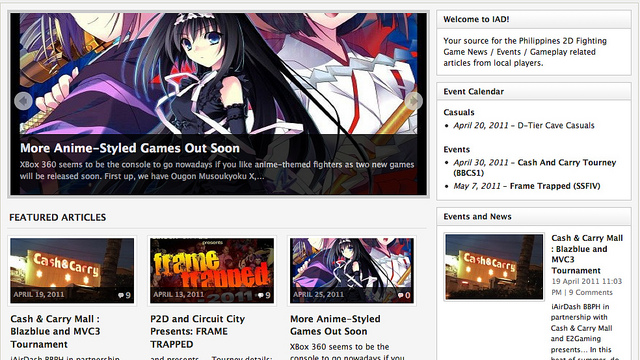 Never imagined that I’d be writing and editing for two websites at a time, as if my blog wasn’t enough. Despite this added workload, I would like to think of this as another opportunity of sorts for me to polish writing skills and meet new people as well. 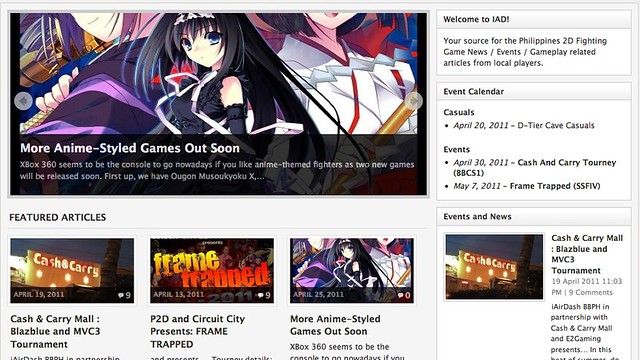 IAirDash, or IAD, is a fast growing information hub website which caters primarily to fast paced 2D fighting games, which often times has an air dash ingrained into its system. Aside from the obvious adoption of a gameplay system as a name, IAirDash also stands for having the mindset of doing the most seemingly impossible. Doing a self-propelled dash in mid-air is impossible, then again, setting foot on the moon was considered impossible as well a few centuries back. Whether it be beating the best player or perfecting a seemingly impossible combo you want to execute, IAD aims to exemplify the spirit of never giving up.

The site aims to promote the Philippine 2d fighting game scene, more specifically Blazblue. We also promote other games such as Marvel vs Capcom 3 and Arcana Hearts 3 as well. If you want are interested in the Street Fighter 4 and King of Fighters scene and also Marvel vs Capcom 3, feel free to visit our partners at Pinoy2dfighters for more info. 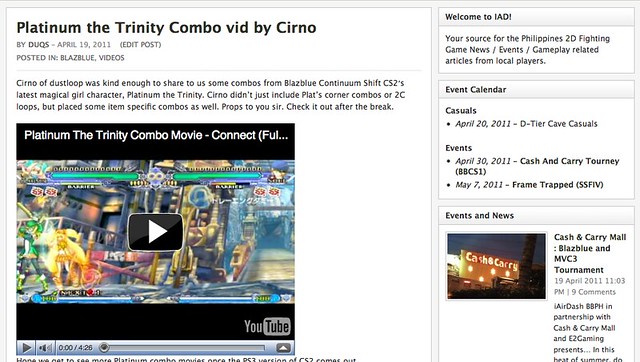 I haven’t written serious articles such as strategy guides or interviews yet. As of now, I’m an editor of sorts and I write game updates or post match videos from previous tournaments or from videos found on Youtube. I’d love to write serious articles as well if only my schedule would free itself up hahaha XD 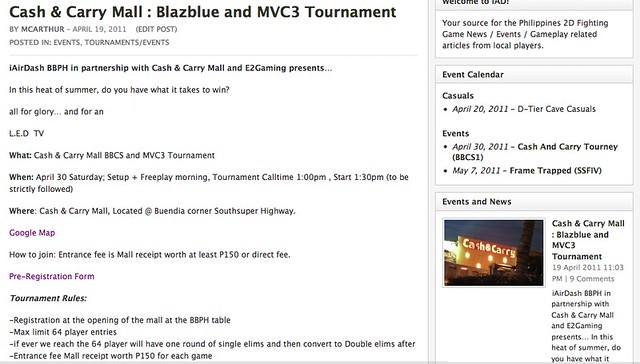 We also have an upcoming tournament sponsored by Cash and Carry mall on April 30 for both Blazblue Continuum Shift v1 and Marvel vs Capcom 3. Our sponsors were also generous enough to provide us with 20 inch LED TVs as prize for first place for both tourneys. Visit our website for more info. 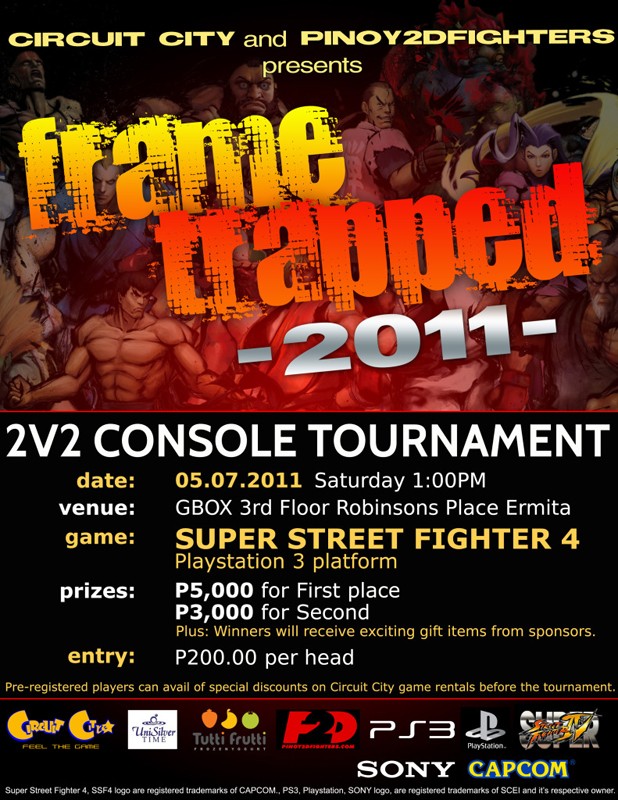 Pinoy 2D Fighters on the other hand, will be having a tournament sponsored by Circuit City for Street Fighter 4. Expect a hefty sum of money as prizes for the winners of the tournament.

Its been almost one year since the Blazblue community was formed. I am personally glad that a community effort was placed in making a lot of things happen. I look forward to working with the community members as well on the events that will be held soon.

I’ll also soon post the pictures from Ozinefest as soon as I purchase a pro account from flickr. Trust me, the figures alone were more than a hundred pics and uploading (and describing each one will be a pain XD). So for now I’ll just leave these teaser pics right here. 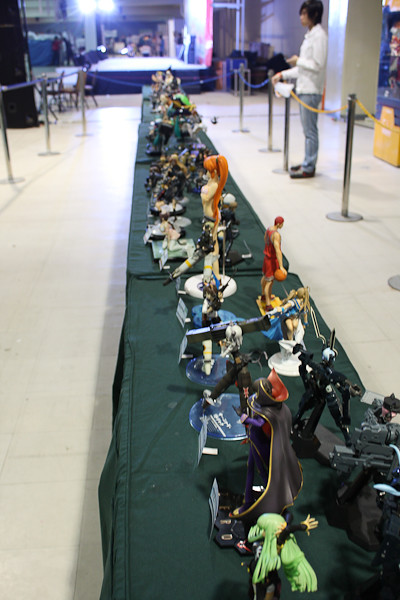 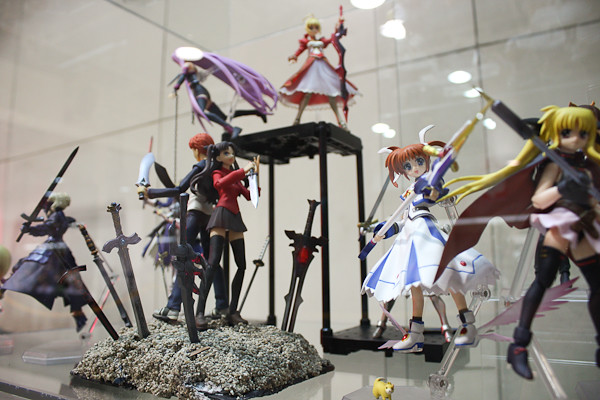 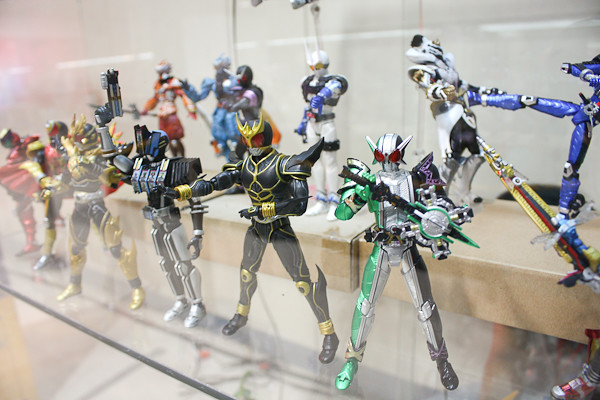 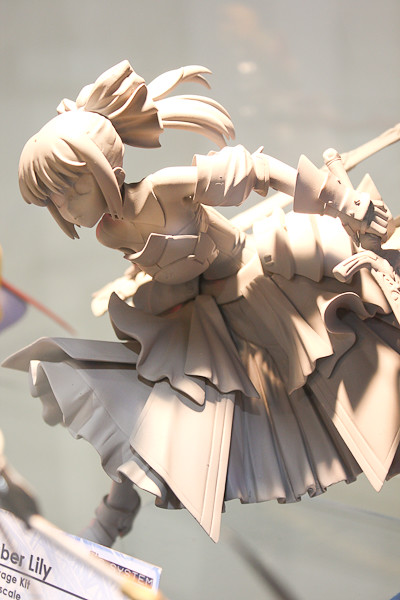 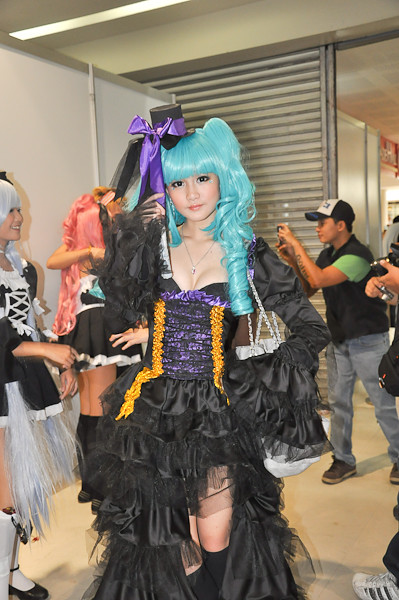 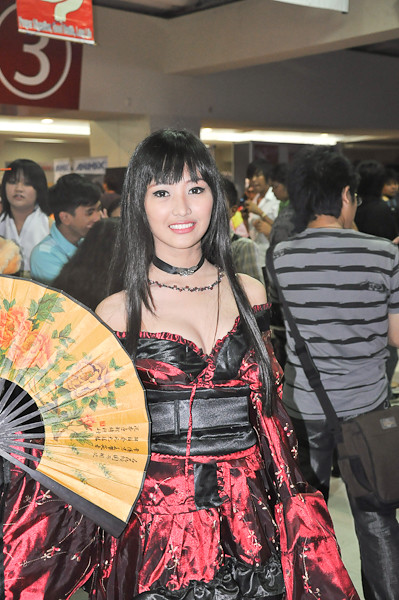 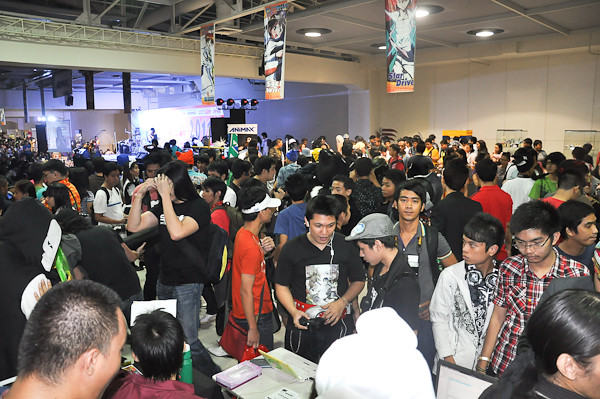 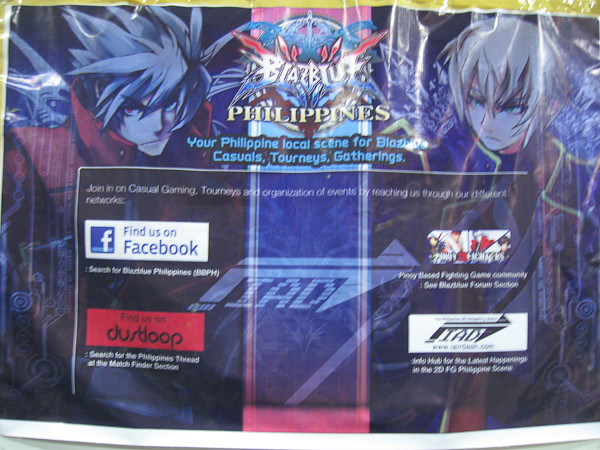