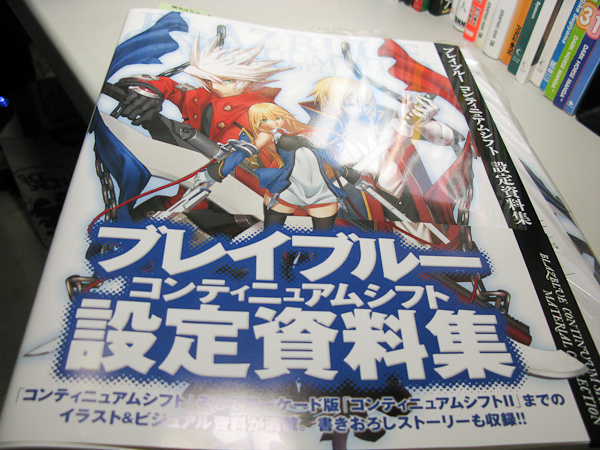 Been waiting for this mook to arrive since April came and after being delayed twice, my copy (along with two others) has finally arrived! 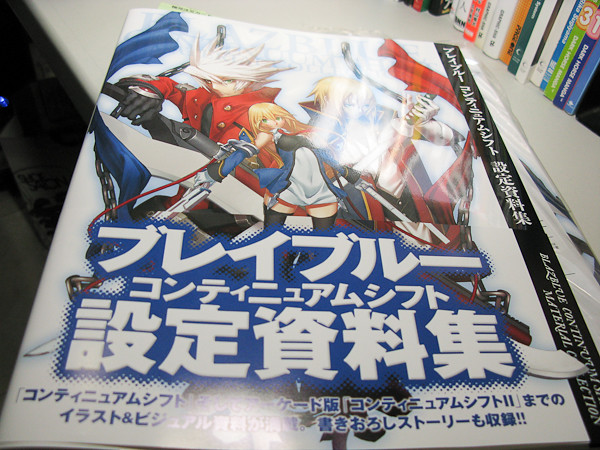 For those who have been reading this blog, you already probably have an idea that I’m a huge fan of Arksys games. Thus it comes to no surprise that I’ll be buying the material collection sooner or later. I didn’t buy Arcadia’s Blazblue CS2 book due to lack of fundage and that fact that most of the stuff that’s really important, specifically the frame data, will be translated by members of Dustloop. 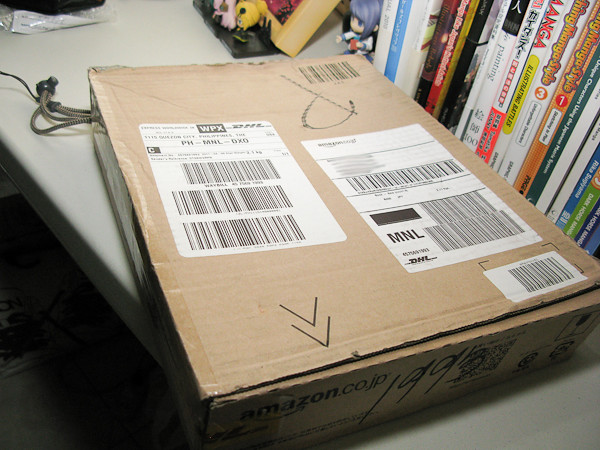 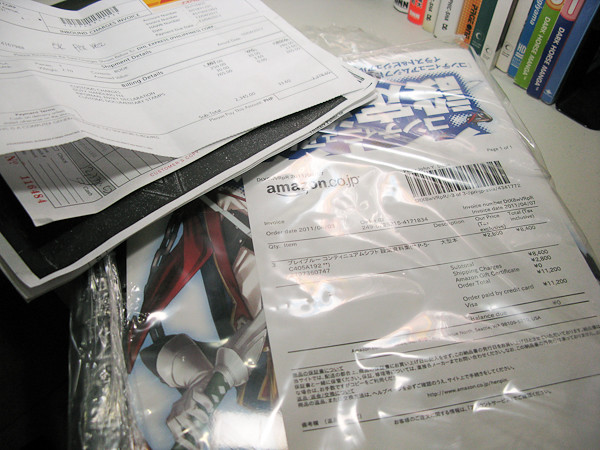 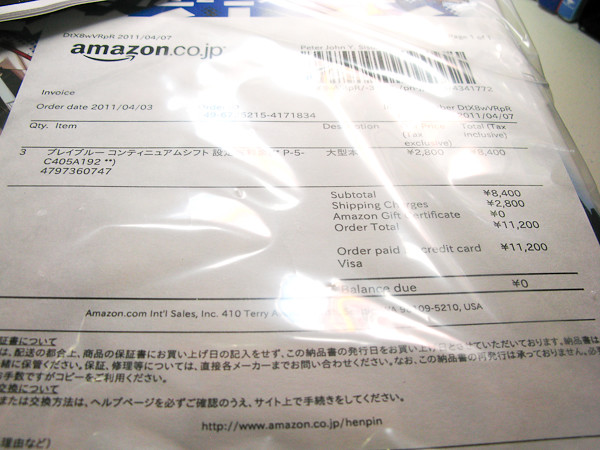 I’ve asked a good friend, Pete, to take care of the online payment and the delivery of the items in question. Though the price of the mook is reasonable, customs isn’t. The price that customs charged the books with is almost as good as buying another copy DX How high does customs charge you guys? 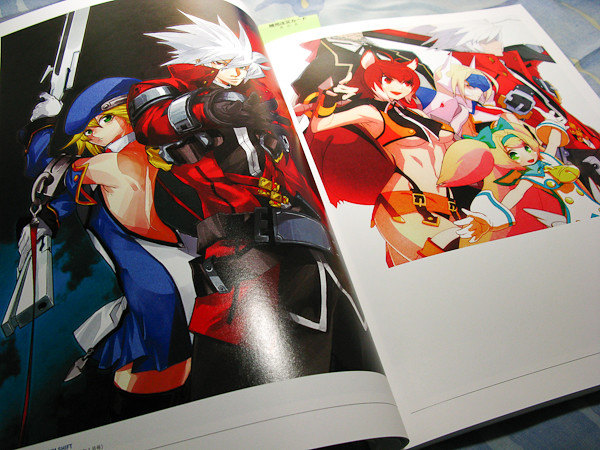 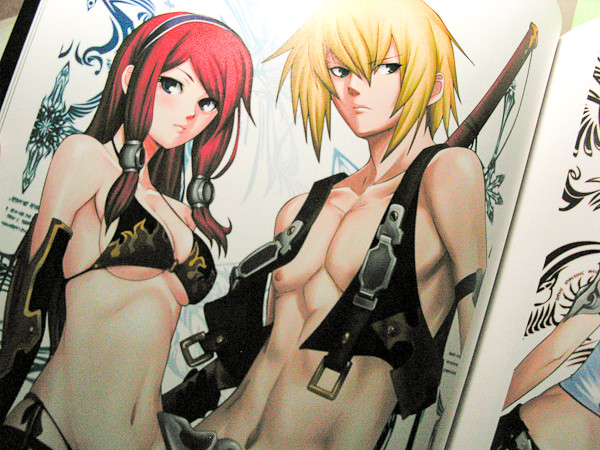 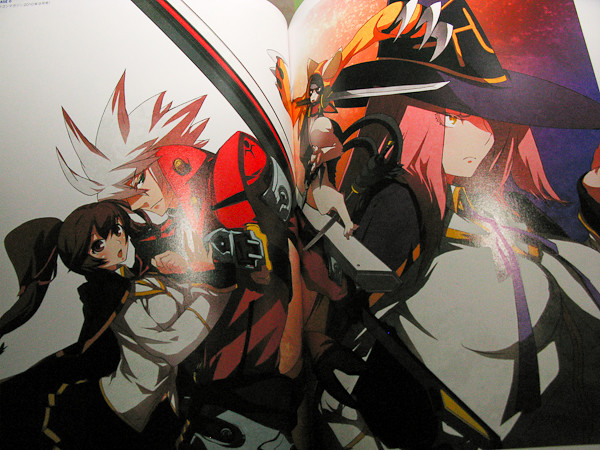 First part of the material collection shows readers the original art released by Arksys. I’m pretty sure you’ve seen most of them already in magazines, game covers, telephone cards, and the novel. 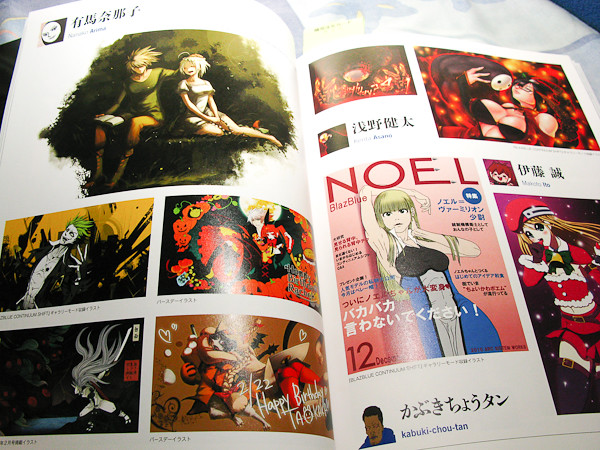 An anime-like game is bound to have tons of fan art. Though Arksys didn’t get everything, they certainly tried to include as much as they can while putting quality and variety of style into consideration. 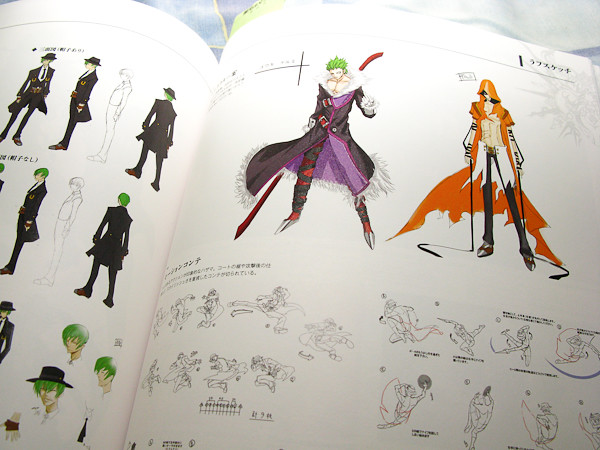 Up next, we have the sketch designs of the characters that were released in the Continuum Shift expansion. Thank god, Hazama is wearing a suit and tie, otherwise he’d look too stereotypical as a bad guy. 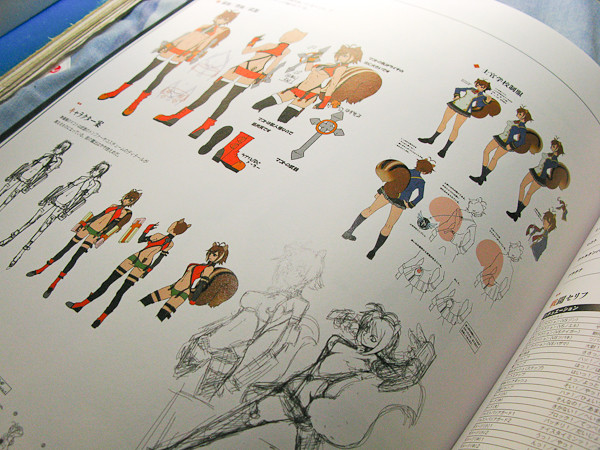 The very first DLC character in Blazblue (which cannot be unlocked at least), Makoto Nanaya also has initial designs as well. Both designs to me look good, but the present one makes Makoto look more unique. Hardly anyone encounters a character with underboobs incorporated into their design with a seemingly horizontal hanging top. 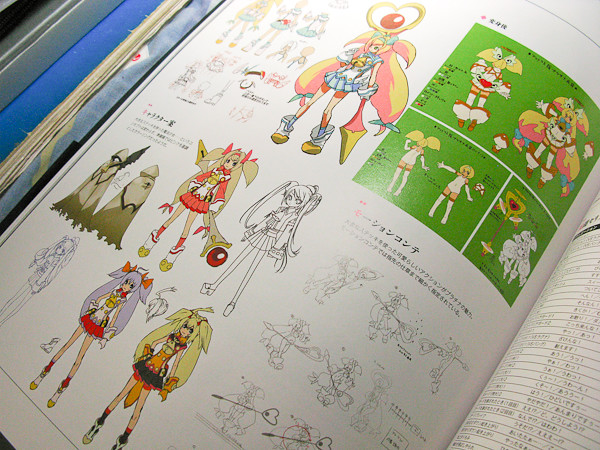 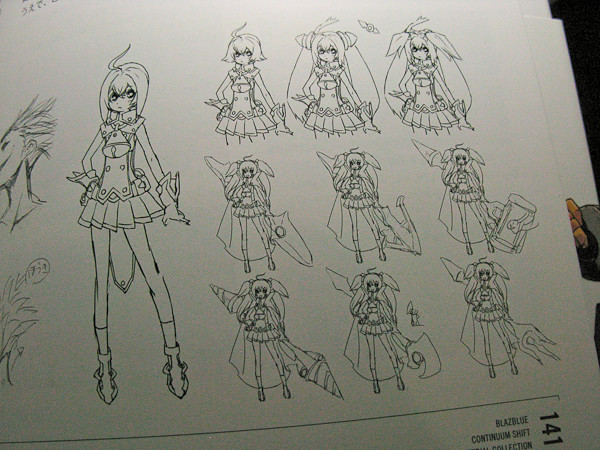 The latest DLC character for Blazblue, Platinum the Trinity joins the cast, and quite frankly she’s too cute to pass up. You’ll either be using Rachel or Platinum at some point in your Blazblue gaming life. Too bad they didn’t incorporate the weapon change as a physical change in her staff and not just a sphere color change. 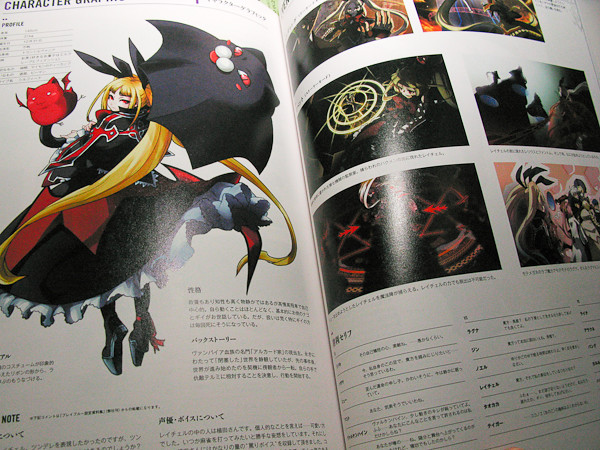 Next we have some pics of the original cast from the Blazblue: Calamity Trigger and some tidbits. It really helps if you know some Japanese to appreciate the entirety of the mook. 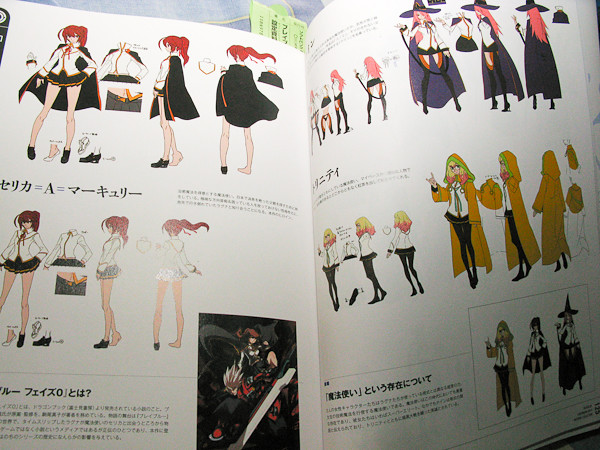 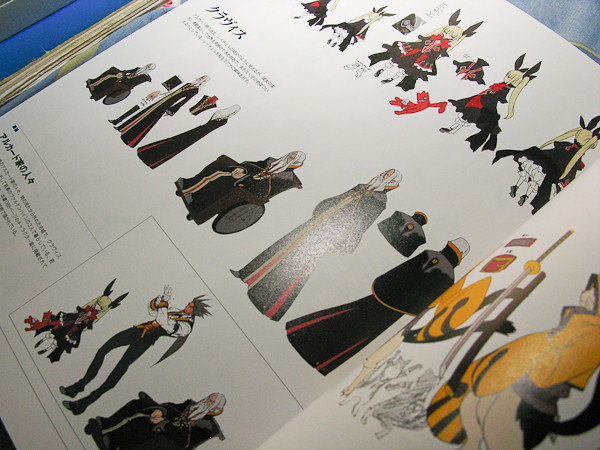 Extra characters, some you’ve never seen before like Travis, also litter the Material Collection as well.

Not a bad book to get, especially if you are a fan of the game, though like I said I highly advice that people who buy these mooks should have some inkling of written Japanese (or have a friend who can translate for you) to be able to fully appreciate these mooks

You can get a copy of this book at Amazon. Hopefully they still have copies.