I wasn’t able to review this nendo since last week because I’ve only officially bought this from a friend recently (along with several figmas and two scaled figures for P5,000 only). I’m on a break from work because the entire nation is observing holy week. 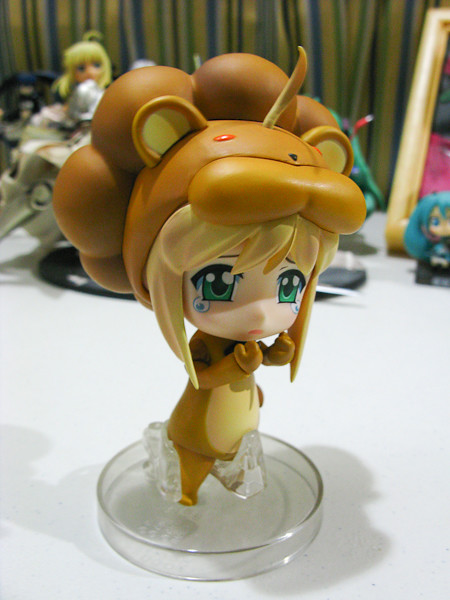 Isn’t she adorable? I have a love-hate relationship with feline looking objects or cats themselves. I hate them because they’re too cute and in the process I get to love them. This character first appeared in Fate/Tiger Colosseum I believe. 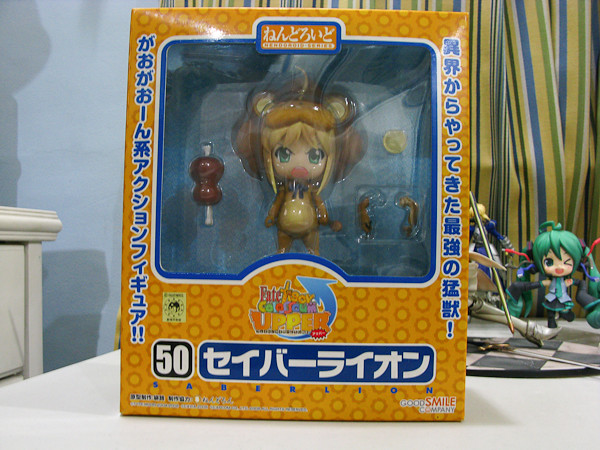 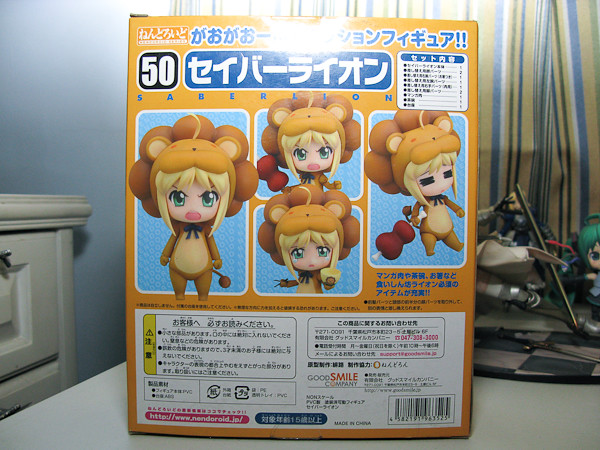 Front and back cover of the box. I heard that this nendoroid is hard to come by nowadays, due to its wonfes exclusivity. Mandarake has one, but the price shoots up to 10,000 yen. Realizing that, I don’t know if I should be putting this on display or leave it in a box. 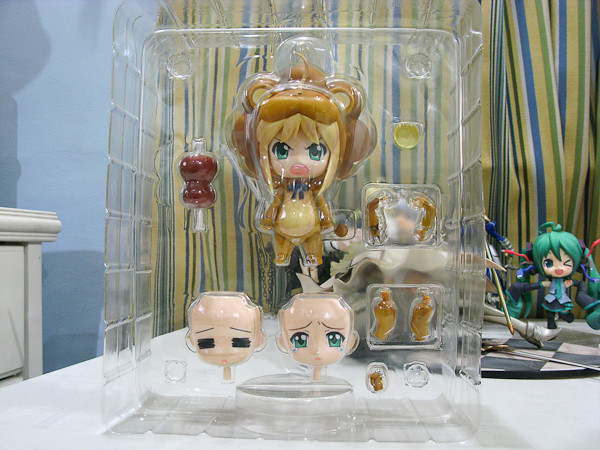 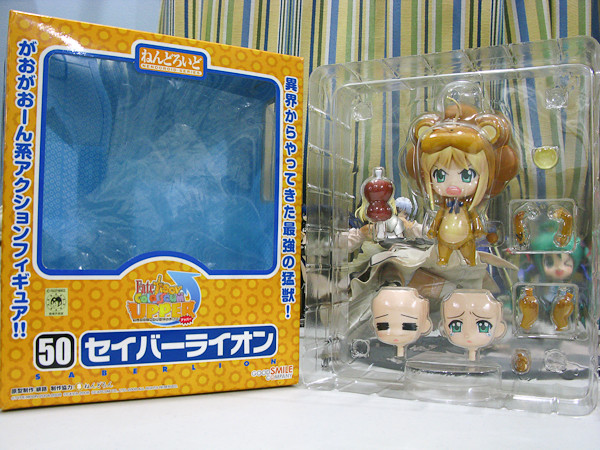 Not much parts here. The legs there are to make the nendo saber look as if it was relaxing while the arms are for the chopsticks/lion bowl combo. You can use the arms for other poses like the one I took. 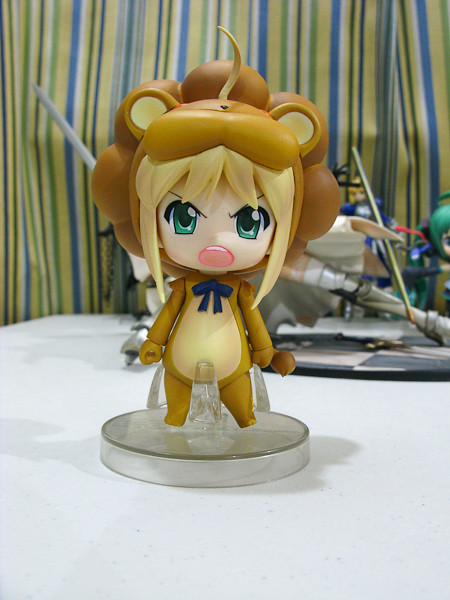 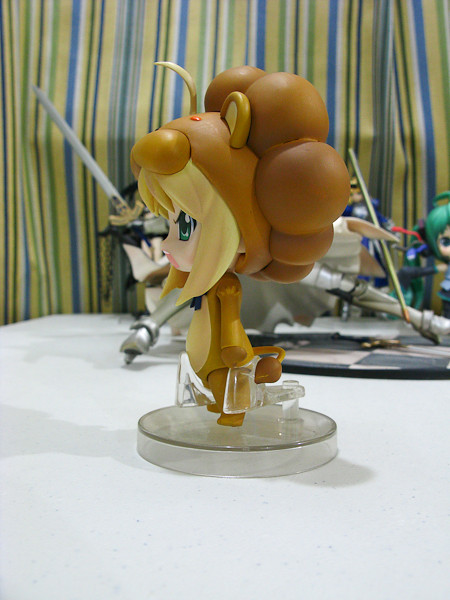 I believe the illustration came from the Fate Coliseum game. Oh a brief background, Saber is a character from Fate/Stay Night and her favorite animal is, you guessed it, a lion. 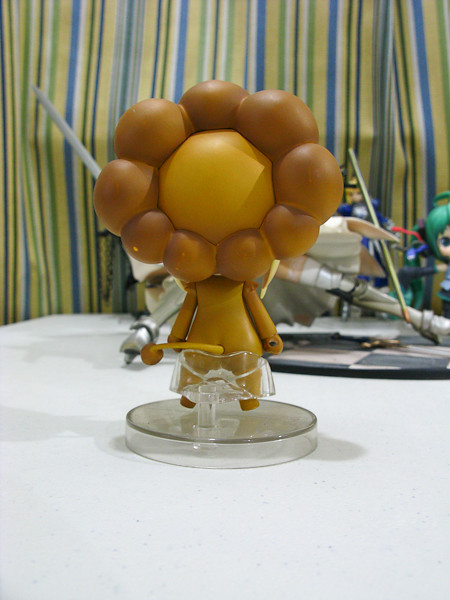 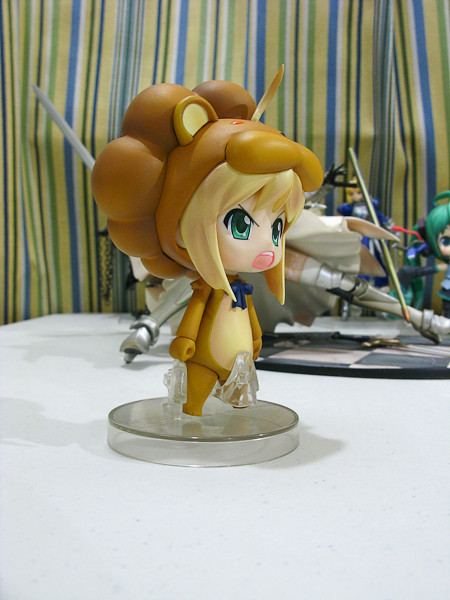 One of the running jokes also of the FSN universe, which started in the Unlimited Bladeworks route, was that Saber loves too eat a lot that she keeps demanding food from Shirou to the point that their relationship as Master and Servant appears to have been reversed. 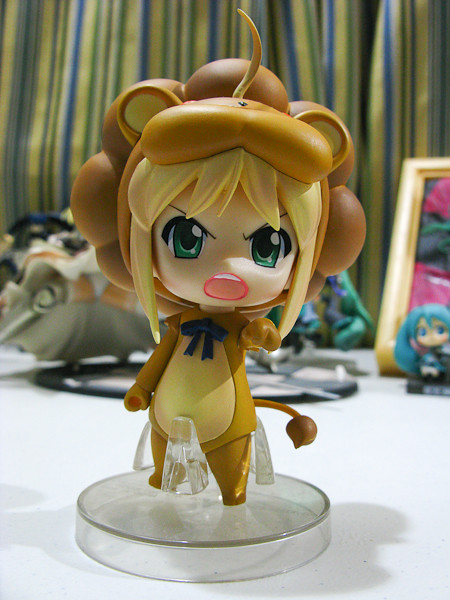 The fierce looking face here is saber’s default face. Looks like she wants to challenge someone… to an eating contest ^^;; 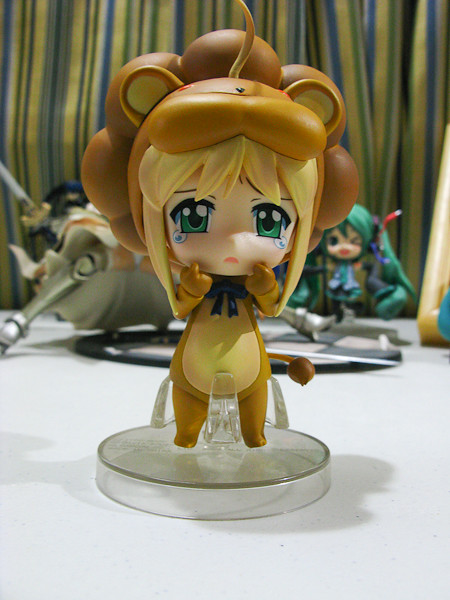 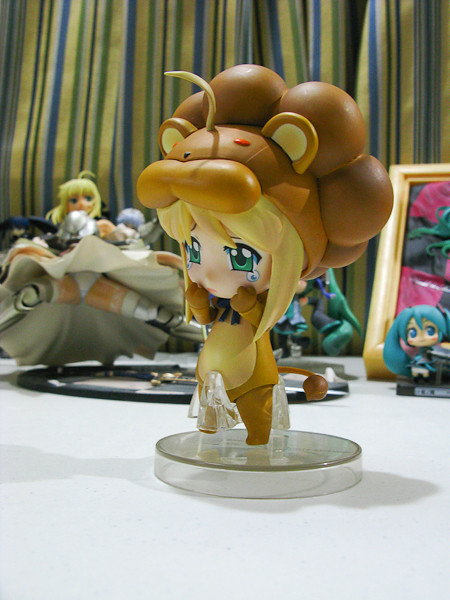 Unfortunately, Saber is kinda hungry and she can’t fight on an empty stomach. This is the second face that Saber comes with, a really cute ‘about-to-cry-if-you-don’t-give-me-food’ face. Btw, don’t mind the bootleg Saber Lily in the background. I’ve been meaning to modify that when I get a can of topcoat along with some paint =D 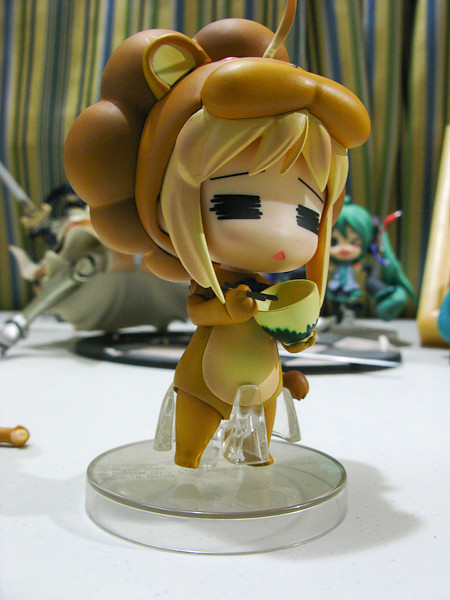 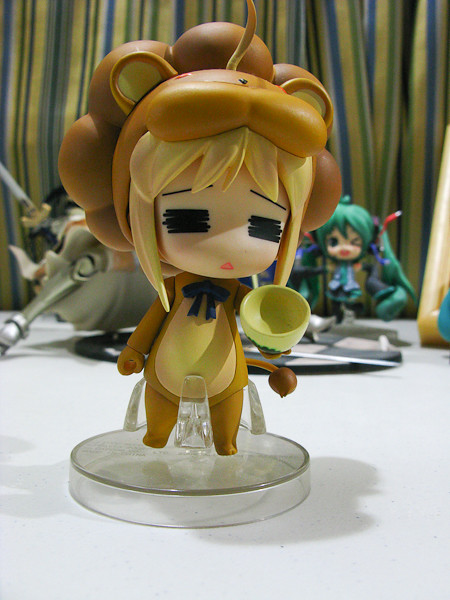 I don’t really know how to call this face XD As you can see she comes with chopsticks and a bowl for…eating action. Food not included which she notices. 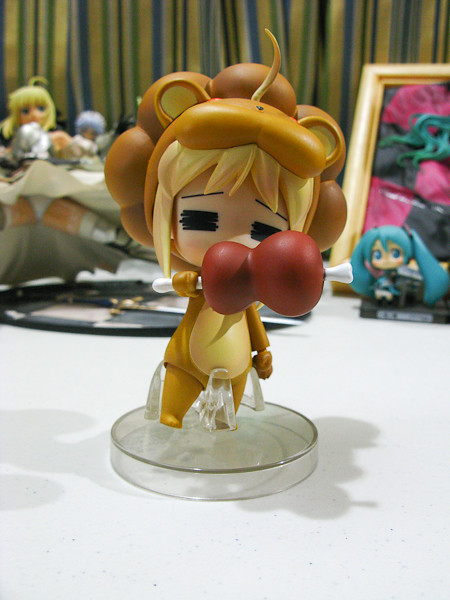 She also comes with a meat on a bone for her to gobble up since GSC forgot to place food in her bowl, cruelty to animals! 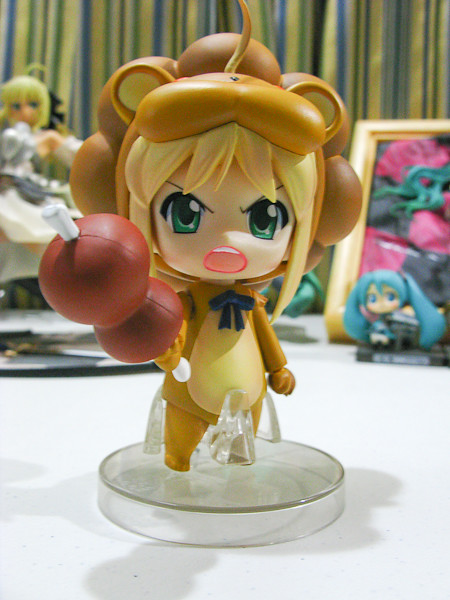 Oh yeah, Saber can use the piece of meat as a weapon for a very meaty attack. Despite being in a lion costume and with her entire character centralized on satisfying her hunger, Saber still remains to be saber regardless whether she’s in an armored suit or not.

You can check the game where she came from here:

And for more nendo reviews please check the following as you please:

The Saber Lion is the third nendoroid I have, and probably the first wonfes exclusive item I have received. By the way, How many of you guys here have exclusive figures or one of a kind figures and just leave it their boxes?