Aaaand another review. I think this is by far the largest scaled figure I have. Very tempted to buy the Nanoha crew in their swimwear as well, but maybe when I can find room to keep them ^^ 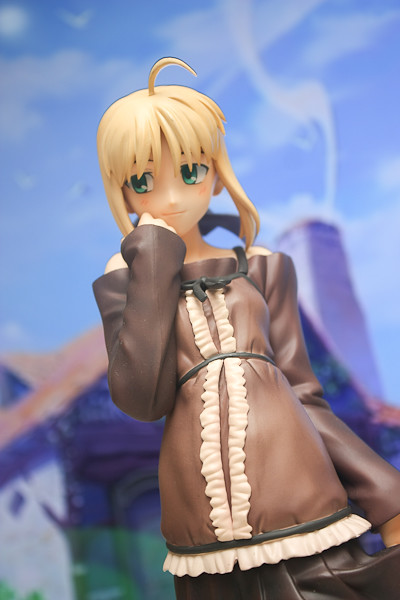 Fate/Zero is about to come out next month and I have to say I’m excited to see how the remaining chapters of book 3 and 4 will be animated. In the meantime, let’s take a look at one of Good Smile Company’s earlier Saber figures. 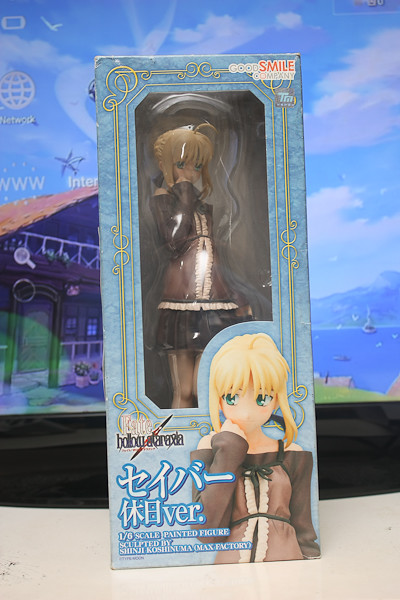 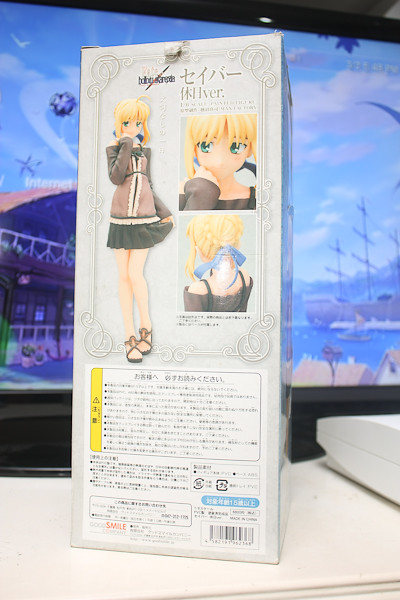 I guess having a sky blue packaging makes it feel a bit “light” compared to most Saber packaging that has regular or darker hues of blue. 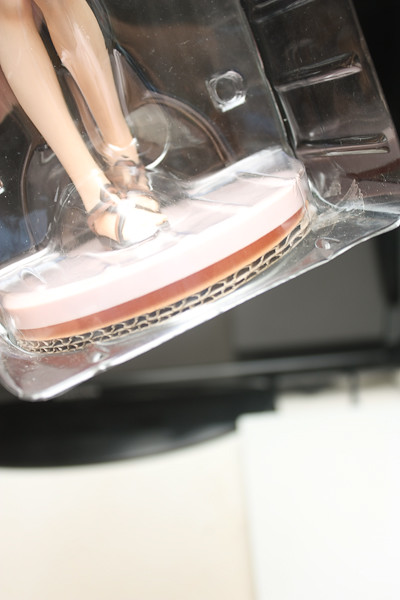 Really wondering what this piece of carton is for. Not exactly as shock absorbing as Styrofoam. Any guesses? 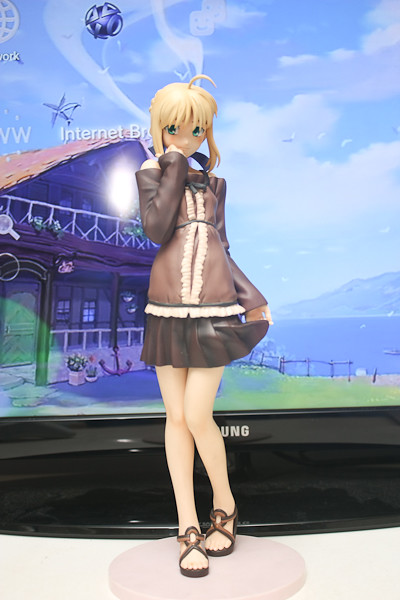 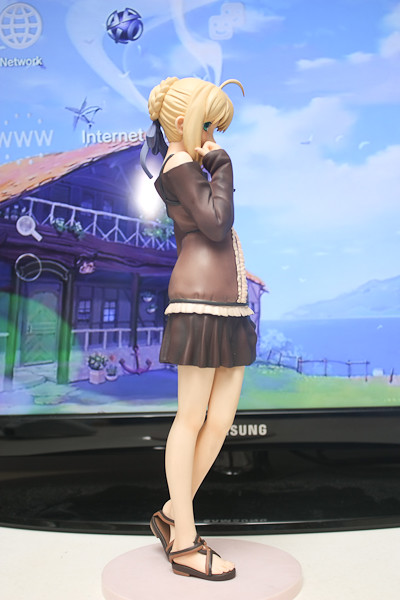 Nowadays, I’ve been more fond of Saber’s alternate costumes rather than her costumes from Fate/Stay Night. I’m a big fan of her Hollow Ataraxia costumes (her casual and maid costumes). I also like the Saber from Fate/Extra, but she’s an entirely different epic hero ^^ 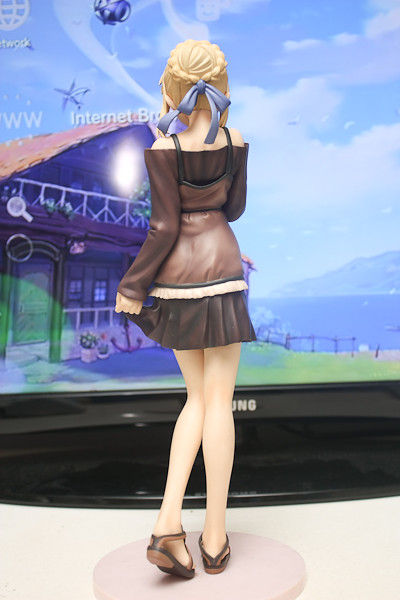 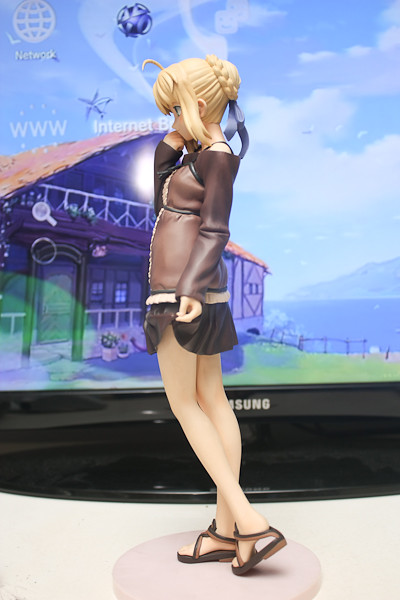 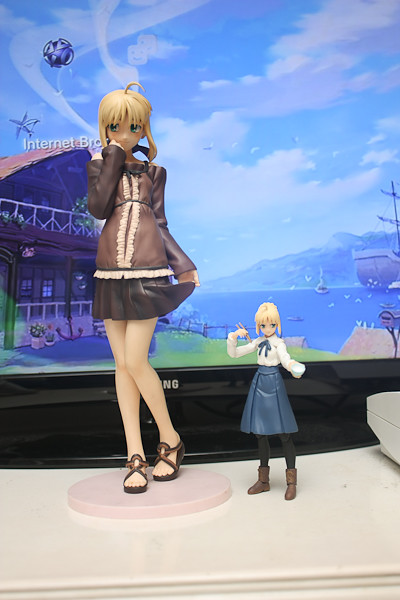 Just showing you guys the difference in height between the two figures. The casual Saber figma is as tall as her legs here. Speaking of figmas, I wonder when will that figma Archer will come out (or if it ever will). 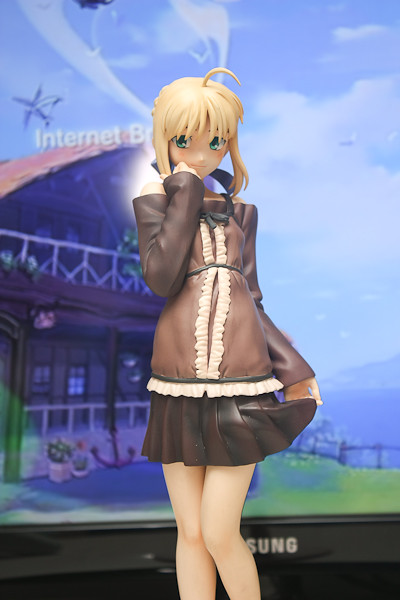 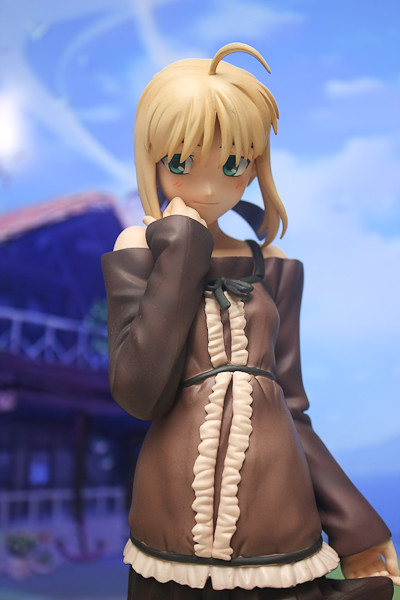 She isn’t running around like the last figure I reviewed , but despite the posture, there is still some level of “movement”. I read from an artbook once that illustrations should still have some sense of motion, even if they are standing still. I guess you can say that Saber here is trying to show off her cute attire, which she doesn’t wear much because she usually dons something that covers most of her skin. 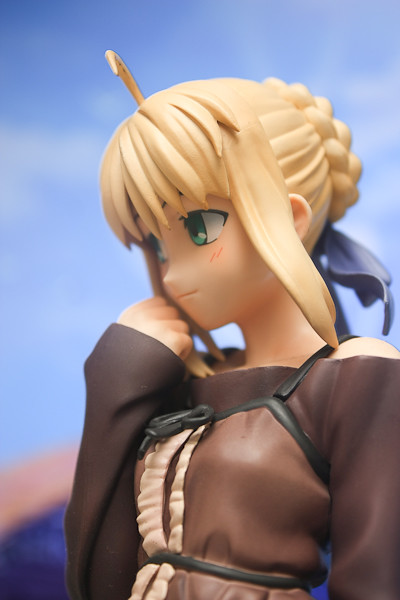 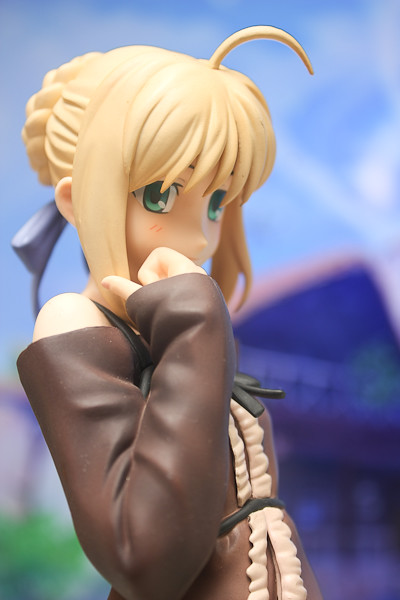 That’s some amazing detail there, even the fat from the fingers are shown as well. Also love how her hair is flowing a bit as well. 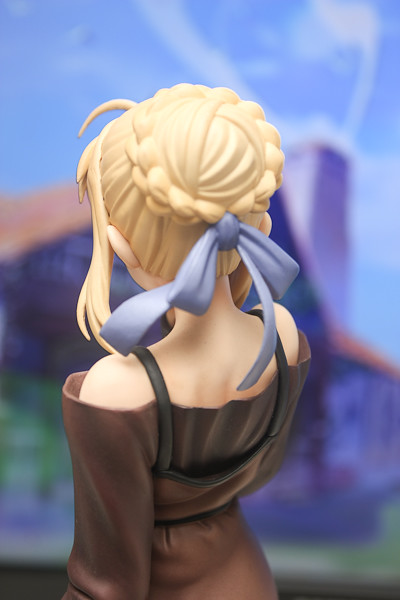 Same goes with the ribbon. I bet if she had Saber Lily’s ponytail design, the hair would’ve been fluttering too (and she would’ve looked better as well XD) 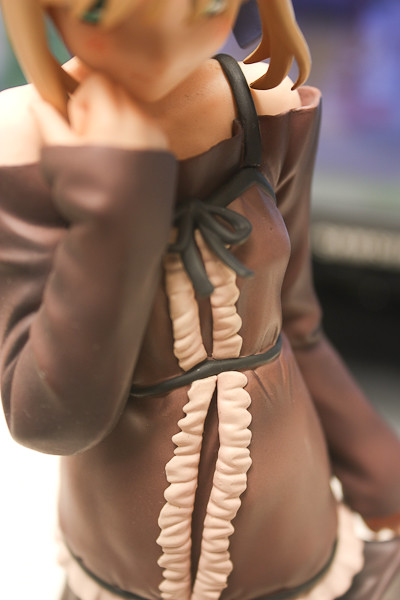 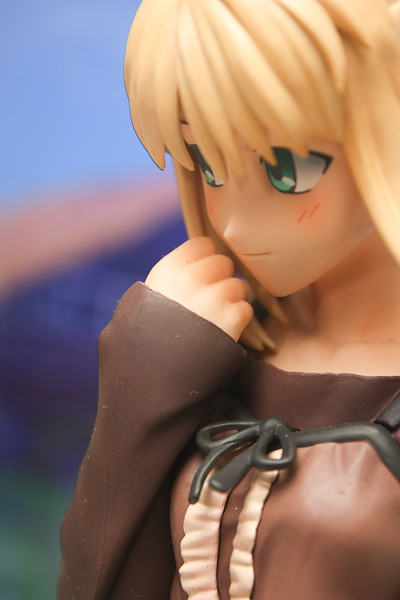 I guess they were more focused at the folds of the clothes. For such a large scale figure, they could’ve detailed the ribbon and the embroidery even more. 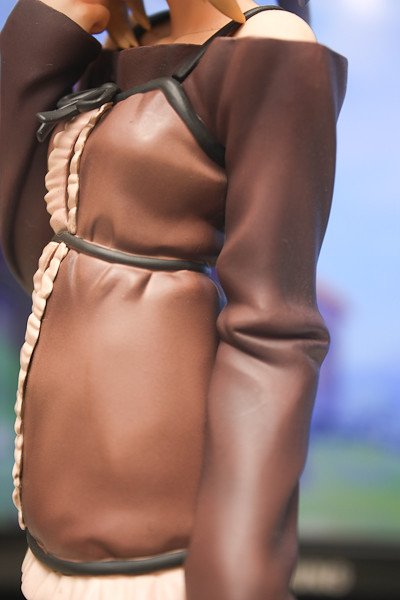 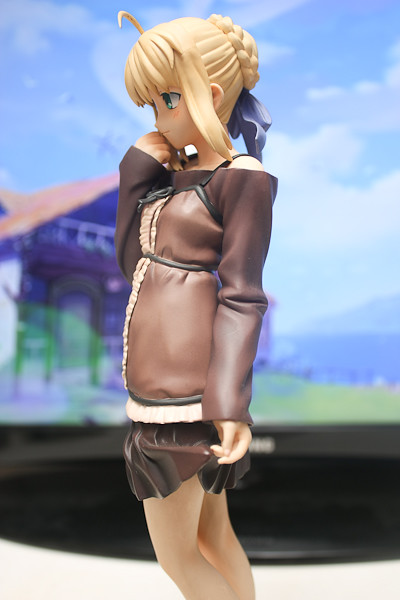 I guess there was some thought placed into the clothes of Saber. I forgot what year this figure was made, but I guess during it’s time the tech of GSC allowed up to this level of detail. I’ve seen some figures where there folds where they shouldn’t be and vice versa. 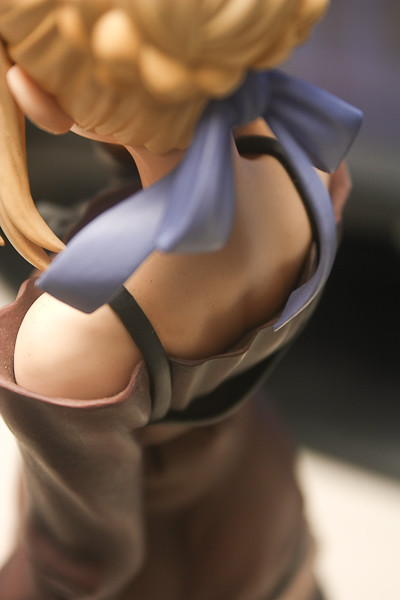 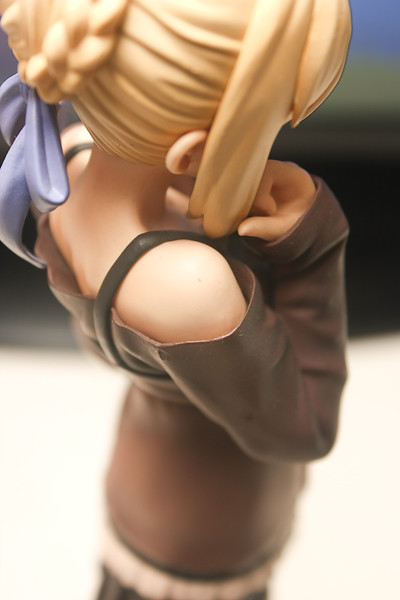 Those back muscles really look feminine despite Saber-chan’s rigid training. The clothes look really light and thin here as if it was made from cotton ^^ 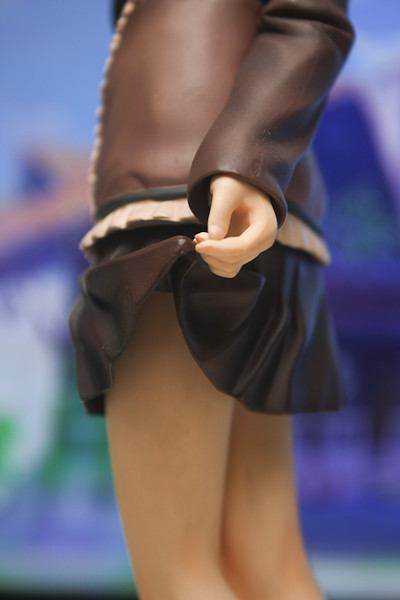 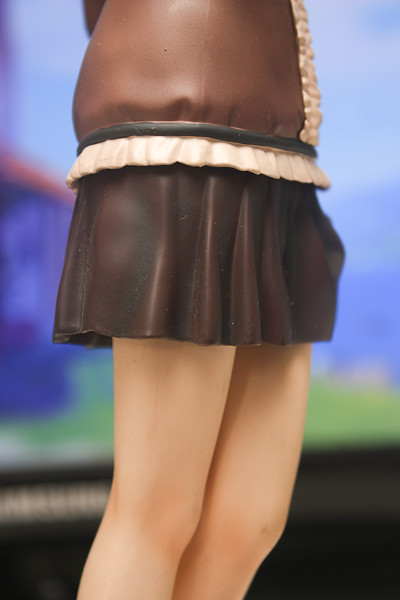 Oho what’s that I spot there? Her skirt must be THAT short. Despite being that short, it’s really hard to get a fan service shot. Need a flashlight to have proper lighting to shoot from below ^^ 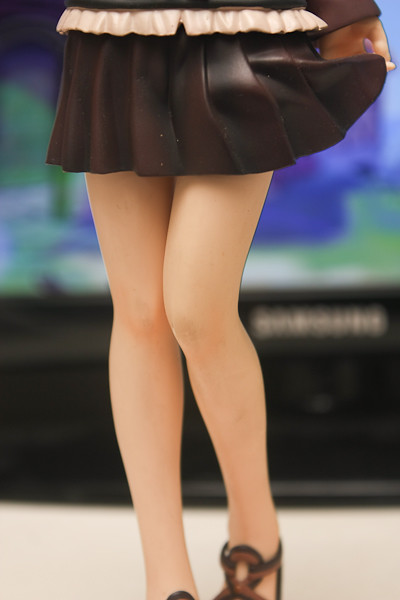 Hmmm some dirt must have been caught on her knee, have to clean it up later. But hey it does look like she tripped or something at least. 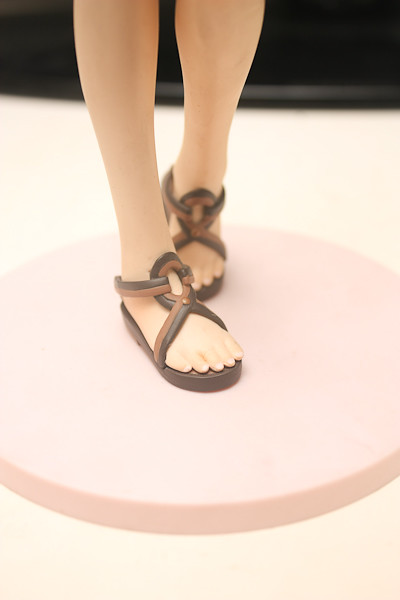 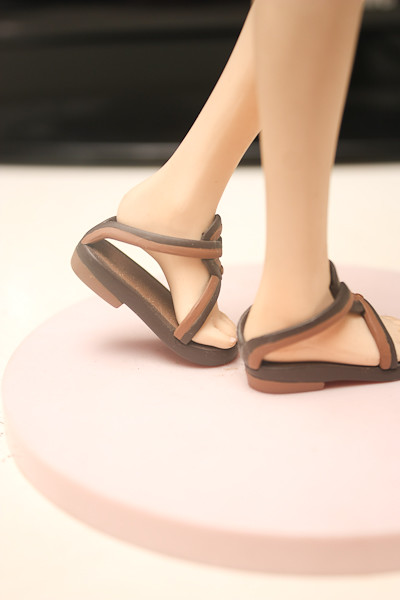 The base is nothing special, but I do love the pink color. That raised sandal on her left foot there does make you feel that Saber is anticipating for approval over her cute attire. 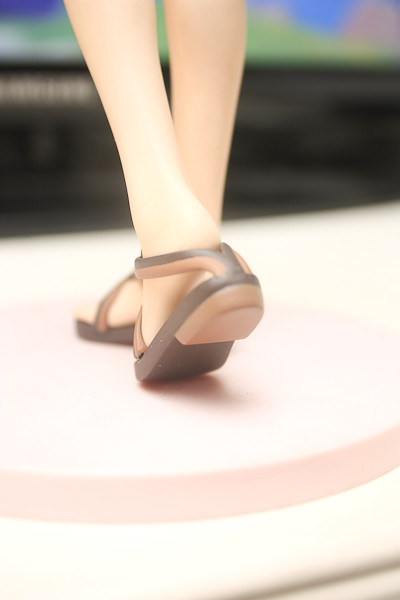 Sadly the sole of her sandals lack detail. Not that people will appreciate the sandals, but given the scale of the figure, I was expecting some level of detailing here ^^ 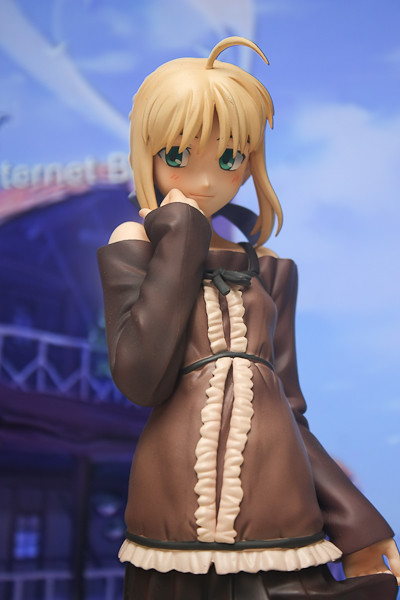 Can’t wait for Fate/Zero to come out. Being a huge type-moon fan, I’ve already waited for several years for Fate/Zero to be animated, and now the final half of the prequel is coming out in April! Are you guys as excited as I am?

For other Saber related reviews kindly check the link below: 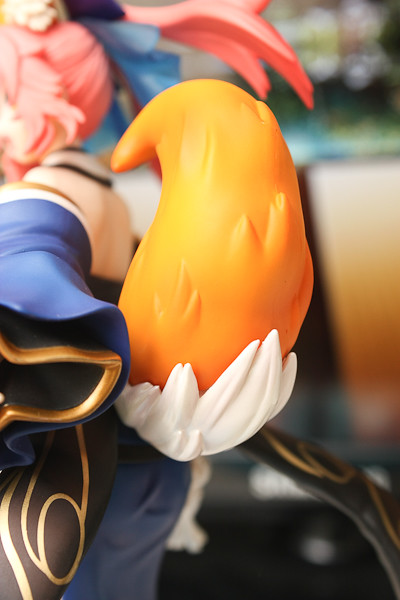 Up next in the review list would be her. Any guesses as to who she is? 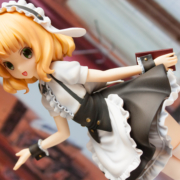