Going to take a quick break from shooting photos of fanservice figures to something more wholesome at the moment. 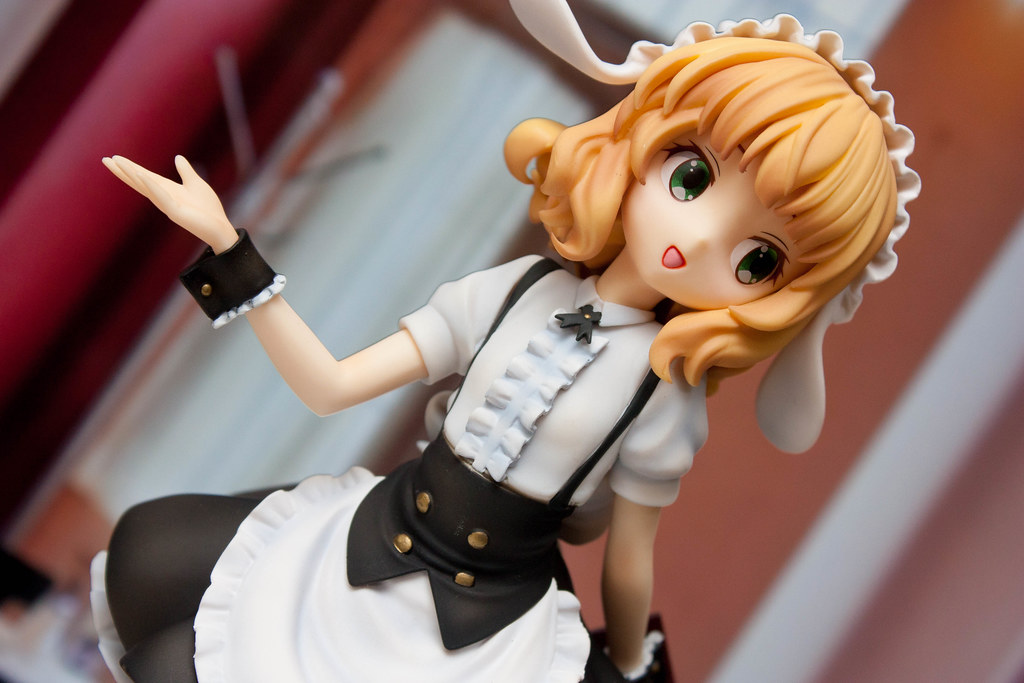 A friend of mine, who also happens to own this figure, has been telling me to watch the show for the longest time, but I’ve been keeping off in favor of newer releases and other stuff. I like the cute designs though of Gochuumon and I actually might try an episode one of these days. I mean if i didn’t find it appealing enough, i wouldnt even consider shooting the figure ^^

Almost missed my submission for this week because of how busy the first week quotas were especially during the Corona Virus Pandemic. At the time of writing, the world is gripped by a pandemic so I really hope everyone is doing fine out there.

Syaro shoot was done during the time I was still doing the usual format before of a rotation, head to toe, base and whatever is left. Personally I don’t think anything is wrong with the format, but i want to focus more on just taking really really nice pictures with limited backdrops and spend less time on other shots 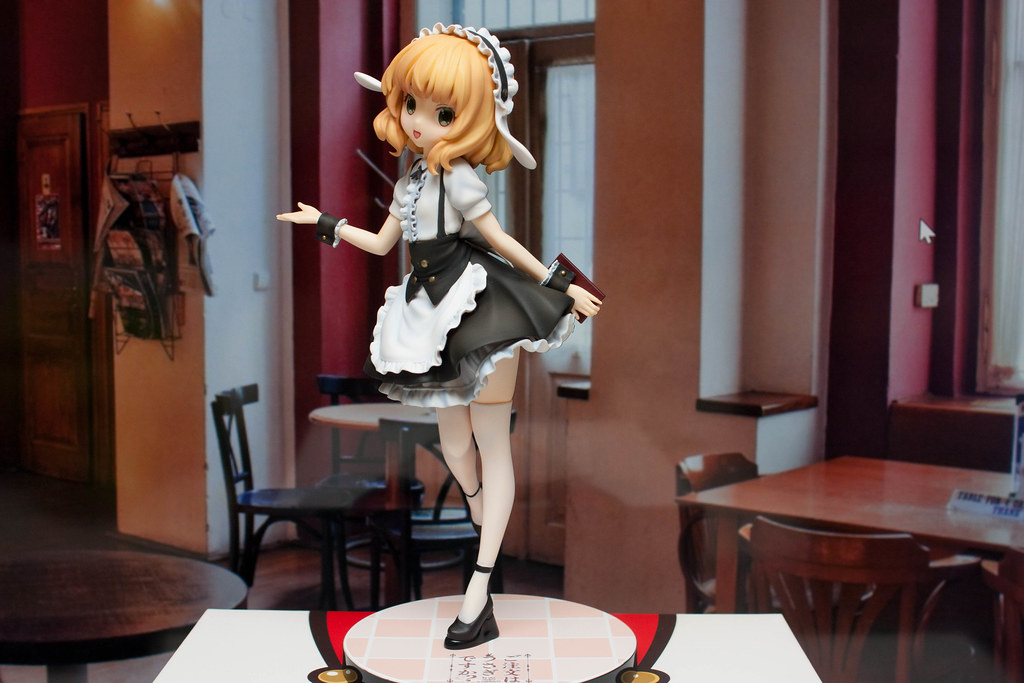 Now I tried watching a few clips of Syaro (which is admittedly i don’t think is the best idea ever :P) just to see if the character is in line with how the figure was and I have to say it’s pretty much spot-on given how accommodating she can be (especially with her herbal tea and cookies) and the small professional atmosphere she has around her. Though the figure doesn’t capture her silly side (which is fine) the sprightly side that she shows her guest comes across pretty fine. 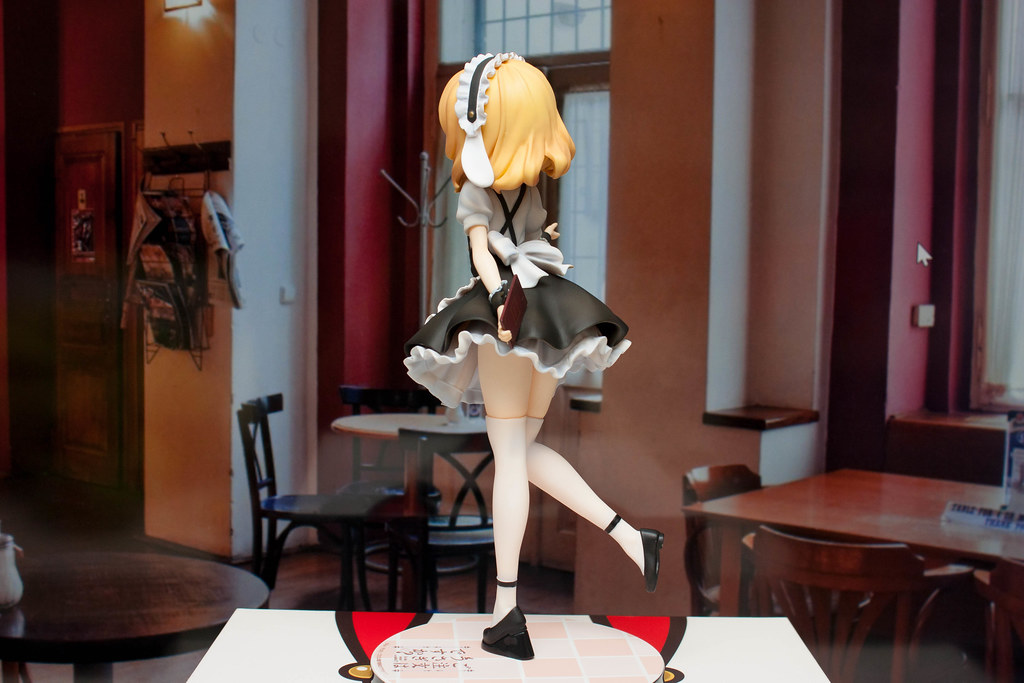 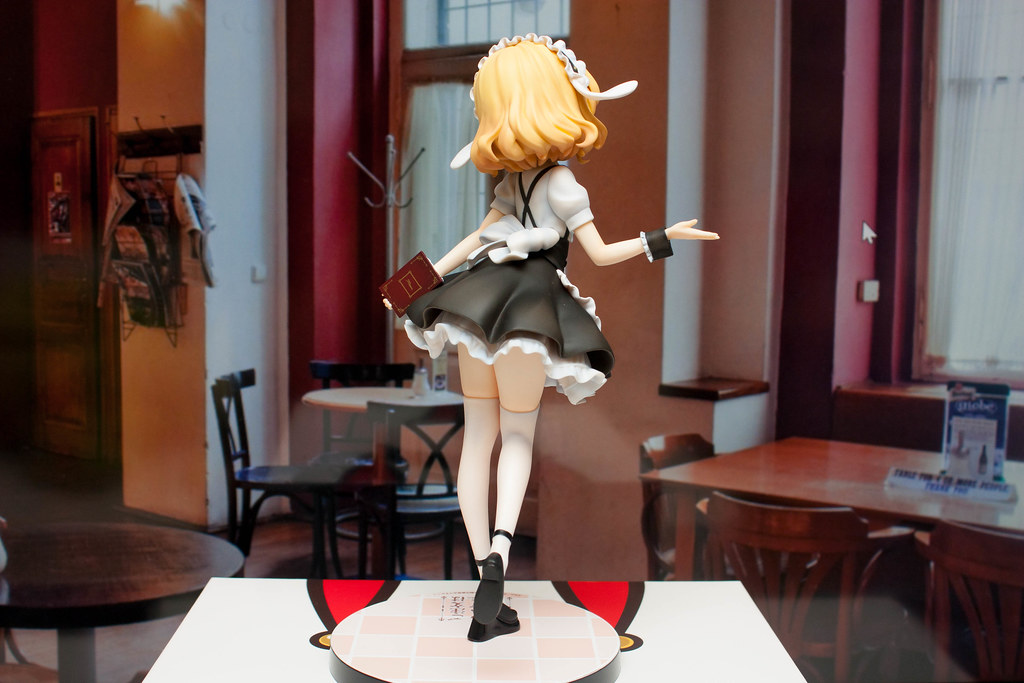 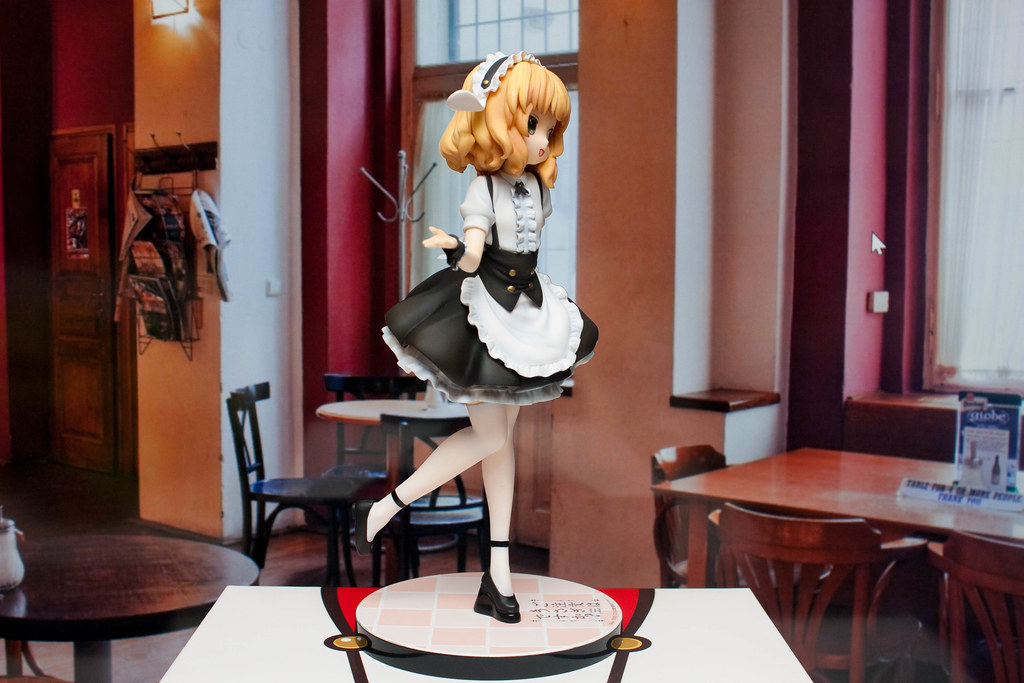 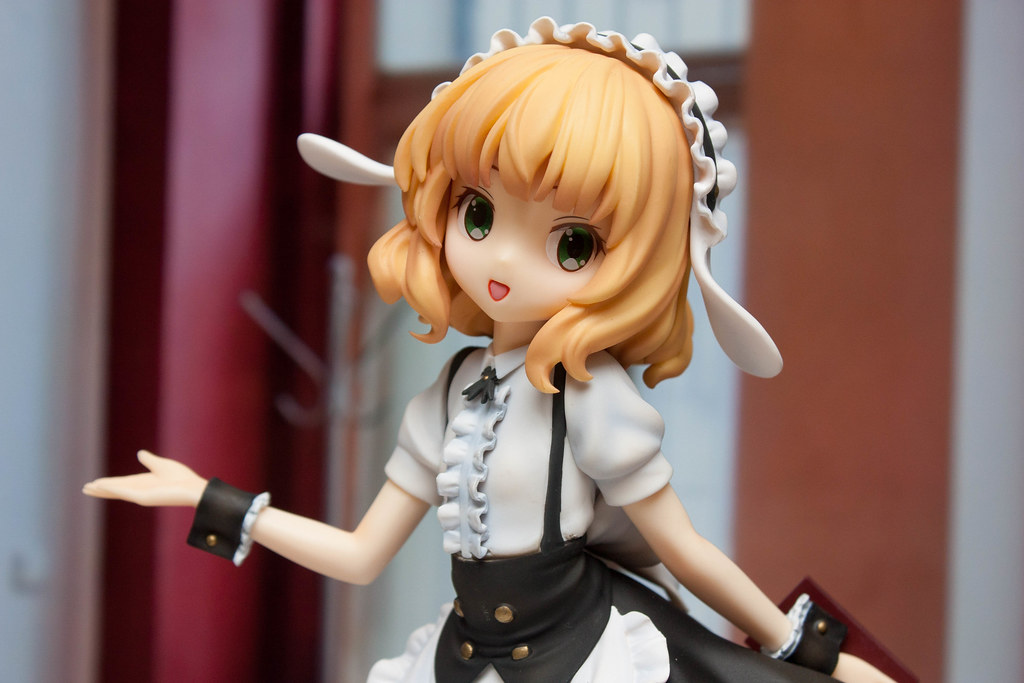 Really love how they made the eye decals really details as it has small tiny light green circles in them (you wont see it here unless I overexpose it) on top of the base green and dark green colors. Kind of funny how her design resembles a rabbit given how she’s apparently afraid of rabbits ^^ 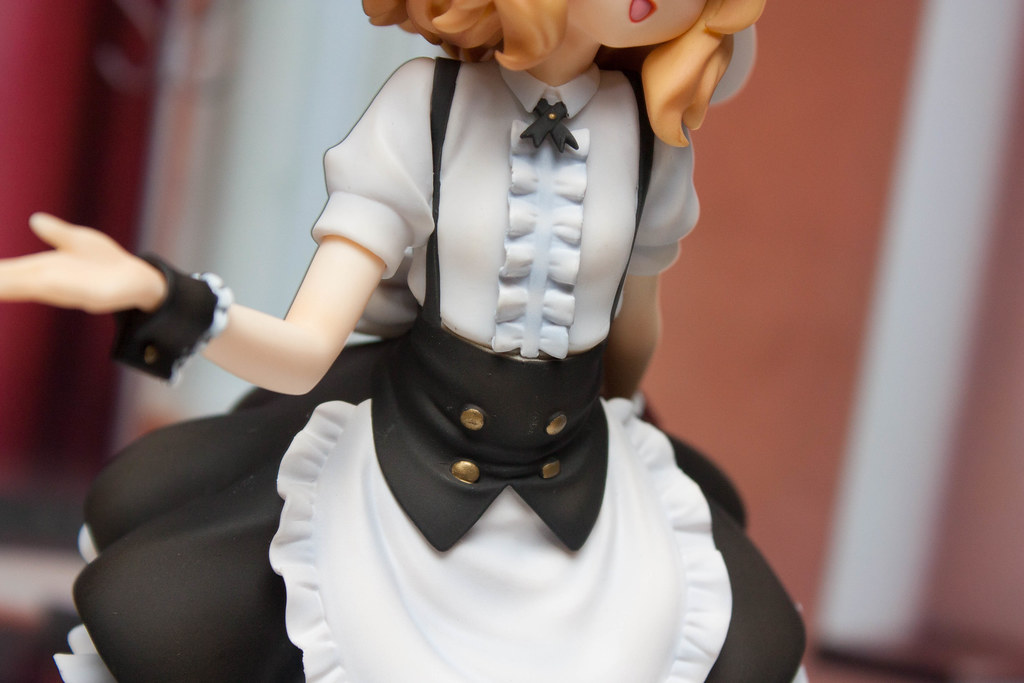 The black outline around her happens due to the lighting conditions so it’s kind of weird admittedly. I wasn’t shooting at my usual place so my estimations with the lighting was way off given i also have a LCD TV backlight. Anyway, given the show’s artstyle and all,  the ruffles and pleated folds on her uniform isn’t as detailed as heck but that’s fine since that’s part of the character design’s simple charms. 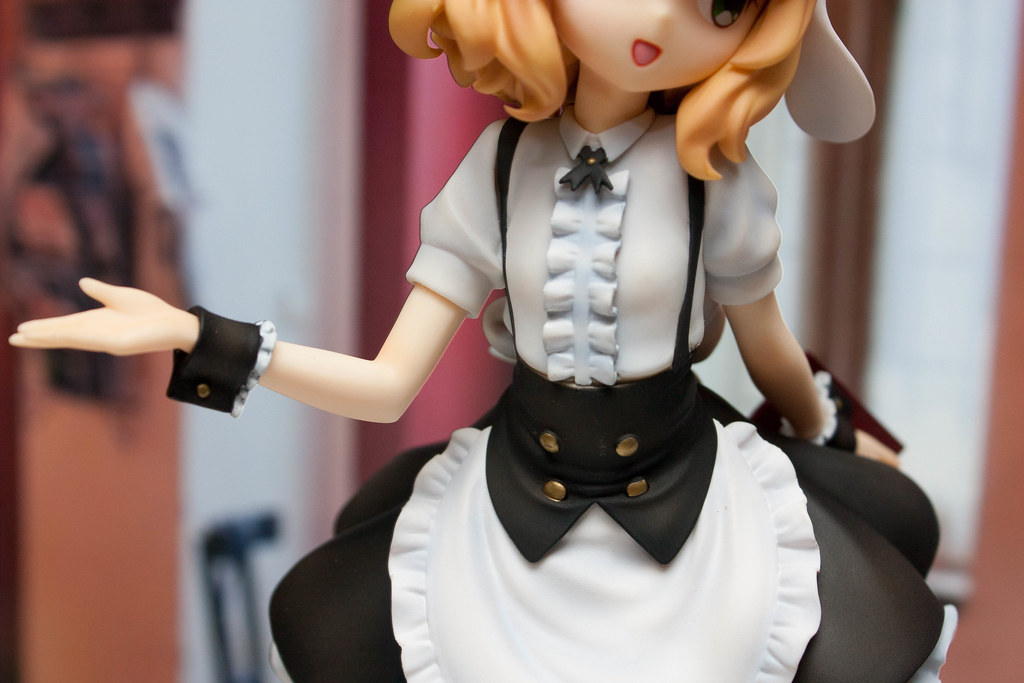 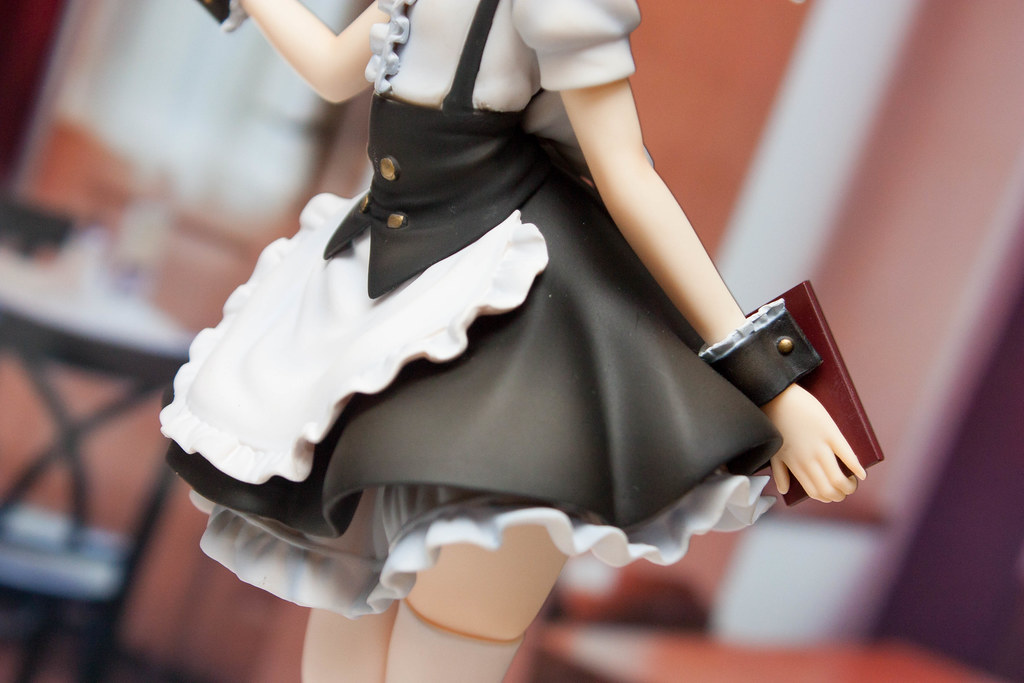 Just a subtle motion going on with the skirt to give a sense of motion to a standing figure. The figure isn’t the most dynamic but there has to be a semblance of movement placed on them to make it feel somewhat alive and animated like their anime counterparts. 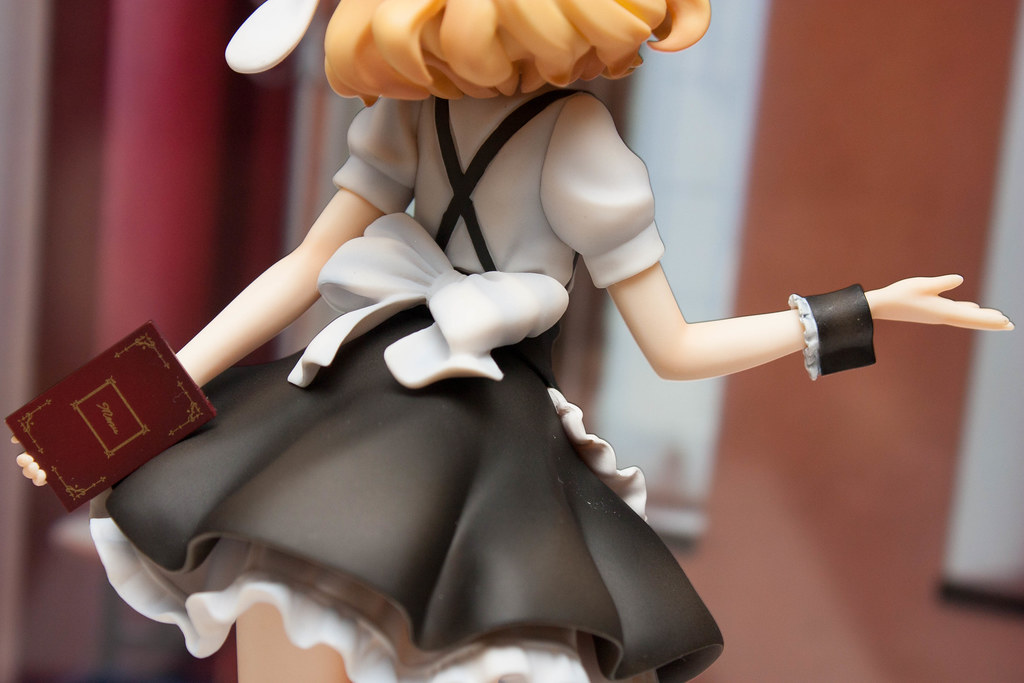 Menu must be a wet transfer decal given how intricately designed it looks. Love how they added a little bit of light blue highlights to the bow to further enhance the shadow and make the material look soft. The figure definitely isn’t an Alter or Max factory level in detail but this little touches are super appreciated by people who love the character and would want to buy her figure. 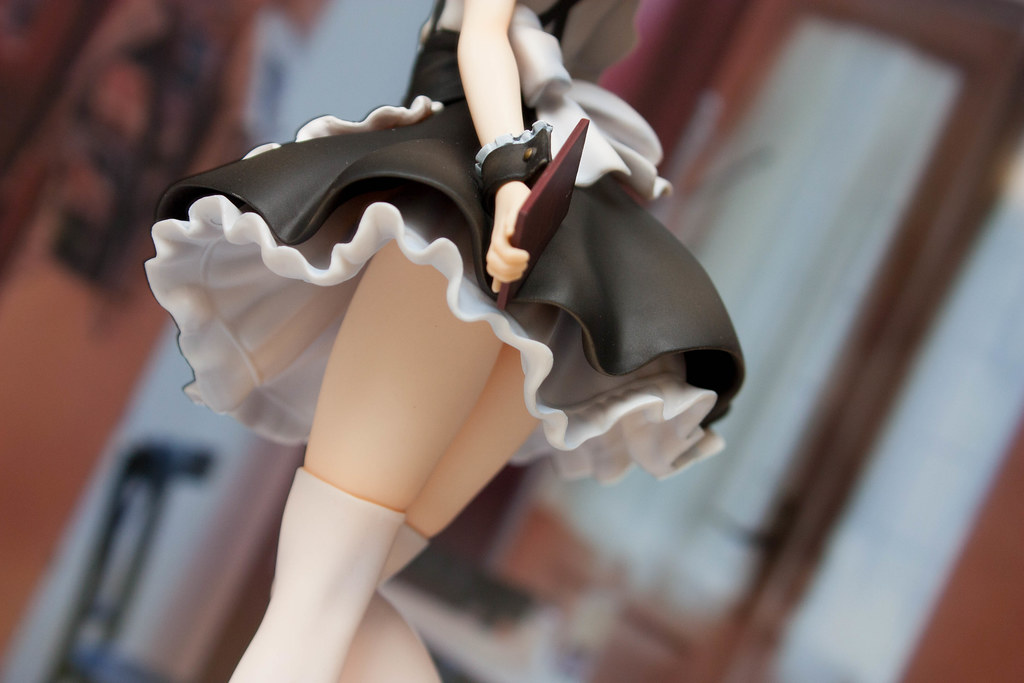 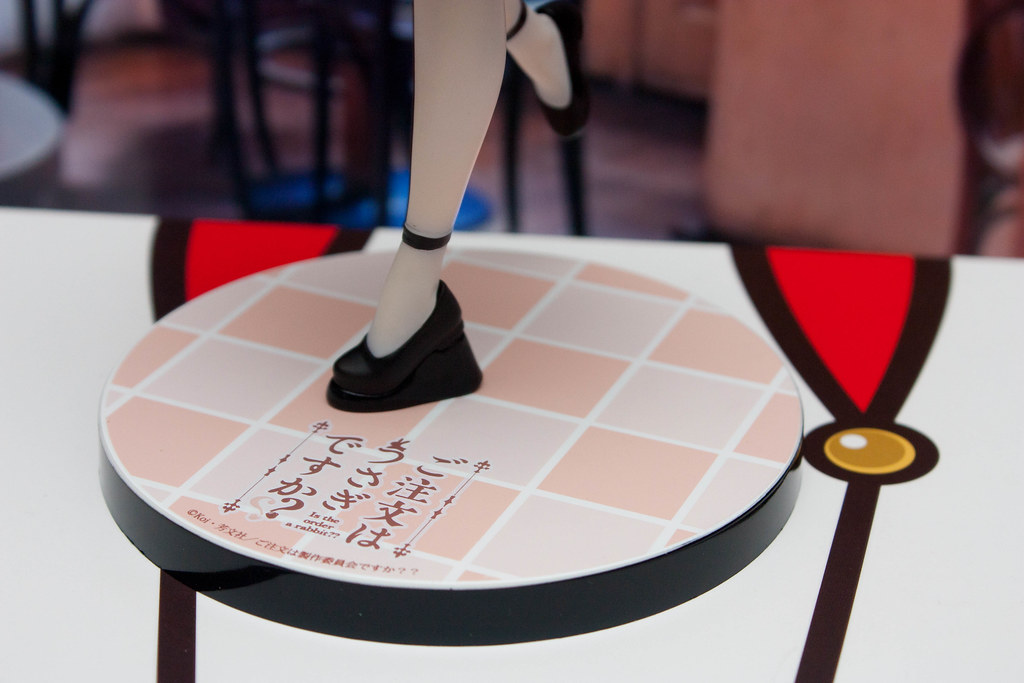 It’s not the most sophisticated design ever (I think the floorboards of her cafe would make a better base texture) but I think it looks cute and fits the bill.

From here on, it’s the usual rotation of images that I took. I had a blast taking pics of this wholesome figure along with the backdrops. I think a diorama would look better but I don’t exactly have a lot of time to build one of those. Any tips on quickly making them if ever? 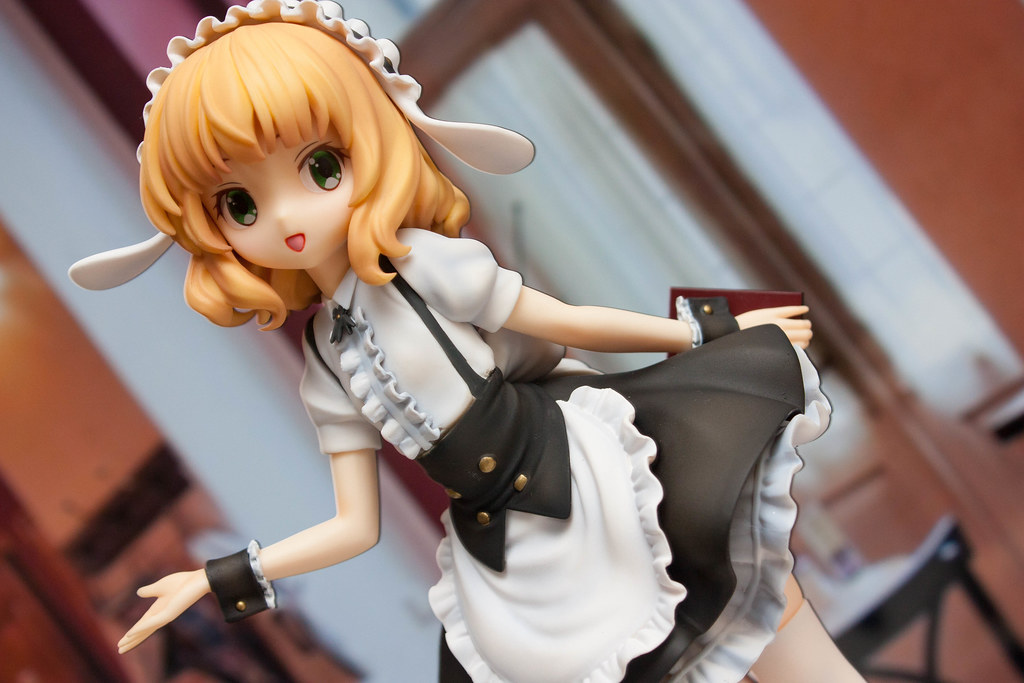 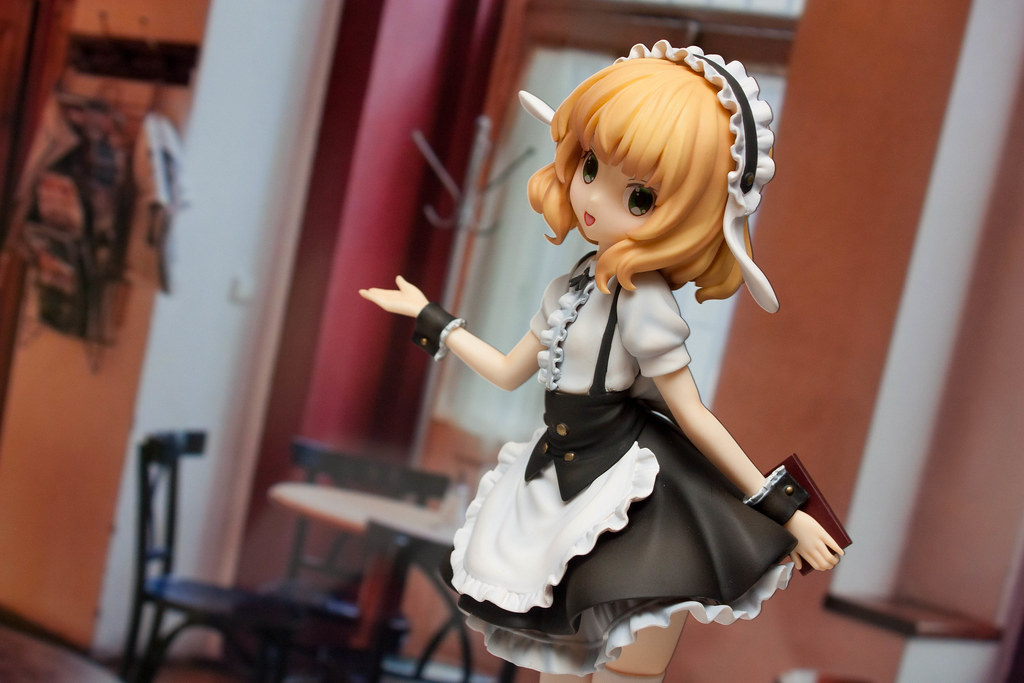 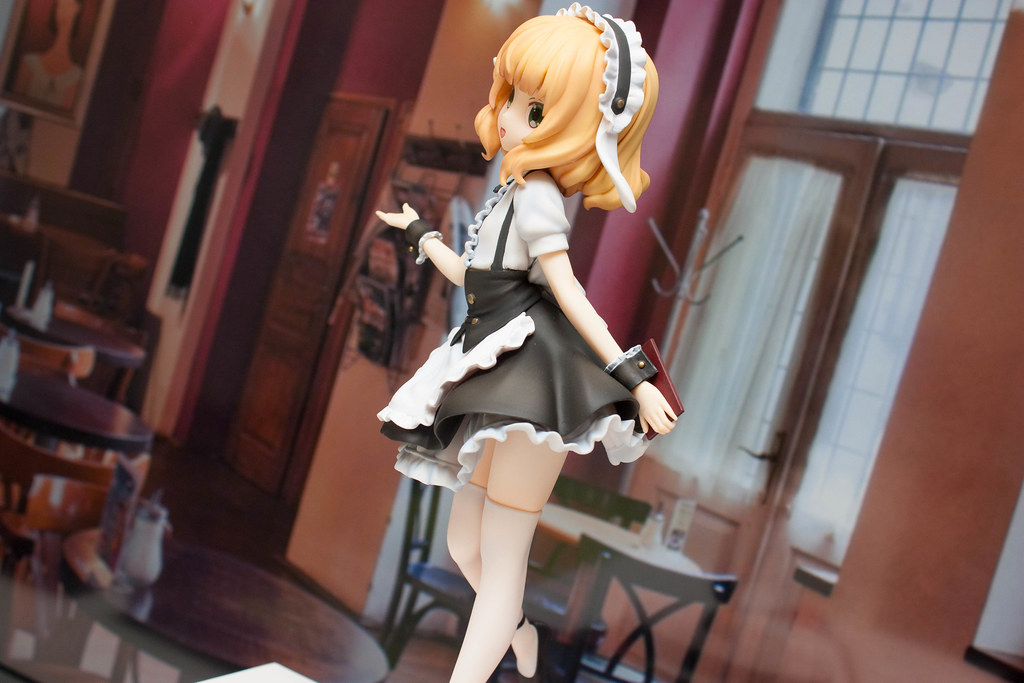 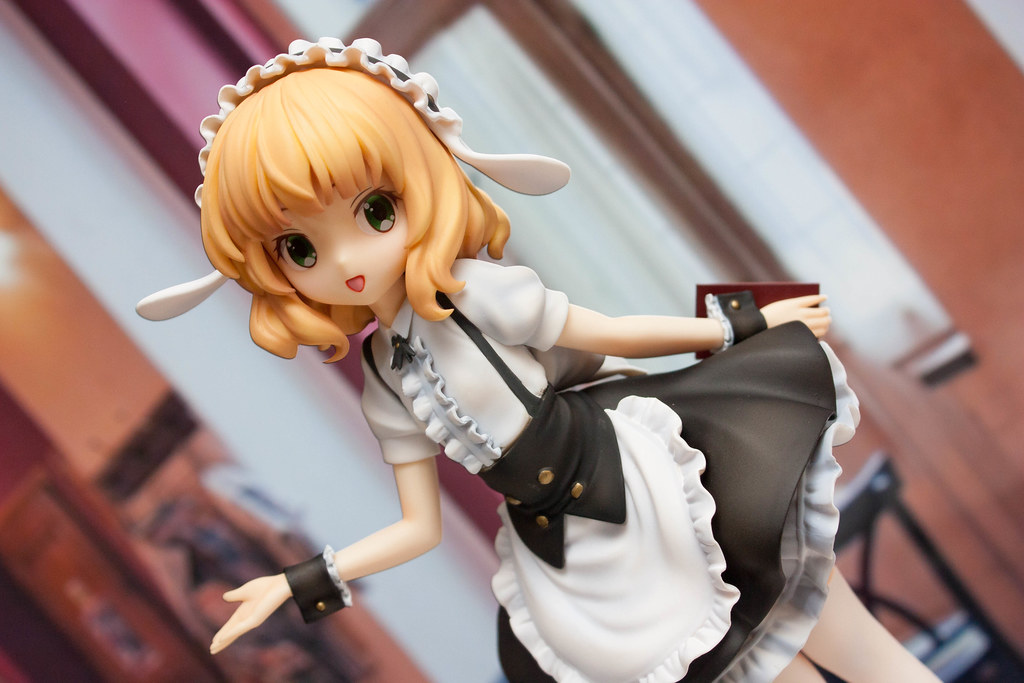 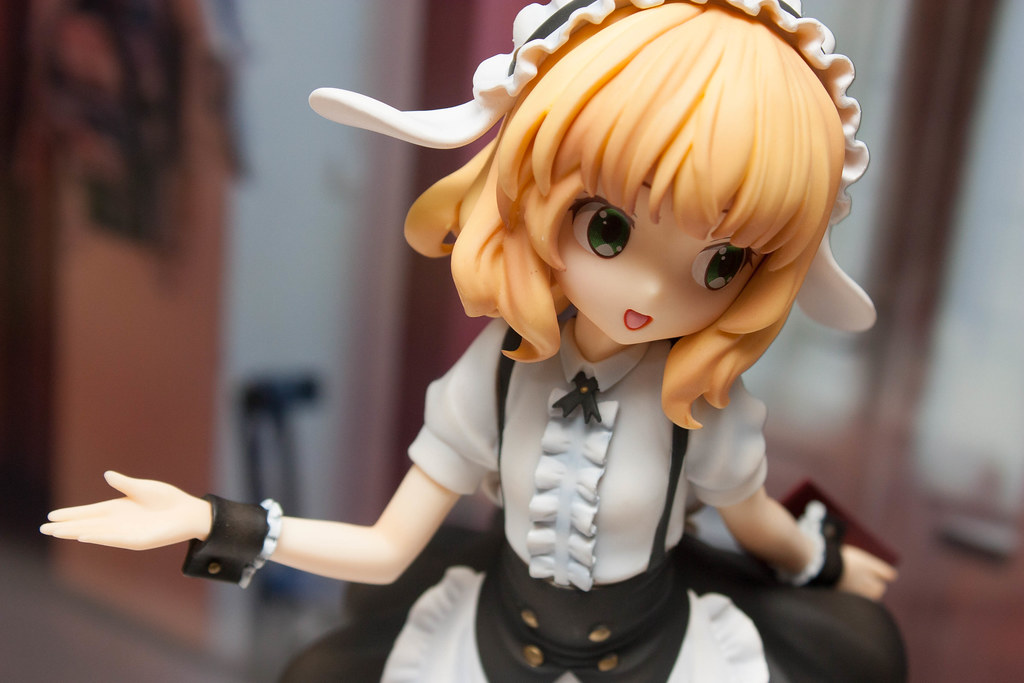 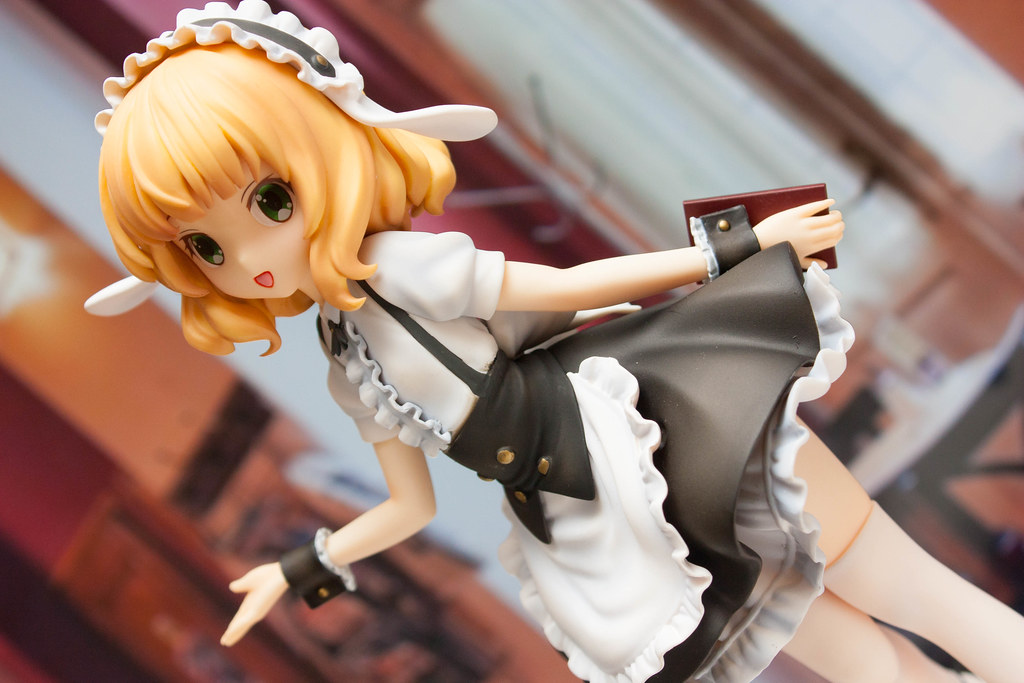 Prolly my favorite shot among the pack. If I had a chance to redo this photo in the future I guess I would want to add more lighting to eliminate the shadows on her eye area… or I could just fix that in lightroom =)))