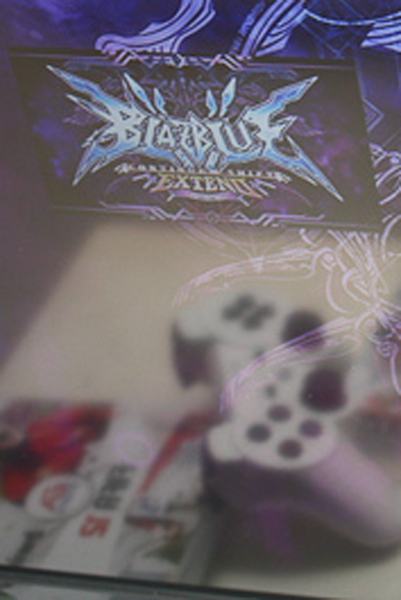 Released during Valentine’s day, the English Version of Blazblue Continuum Shift EXTEND is a must get for any BB fan. 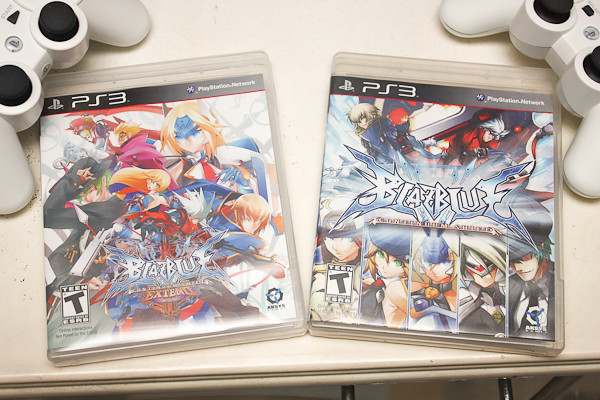 Currently I’ve been preoccupied by this game not only due to competitive reasons, but also because of the other features this game has. I have to say for an “anime fighter”, Blazblue really took it to the next level when it came to delivering stuff that any anime fan would like. Btw the game on the right is the first Continuum Shift game, and I have to say, I wasn’t pleased with the cover DX 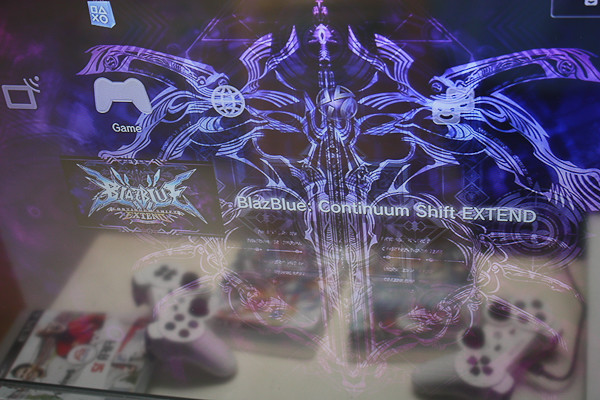 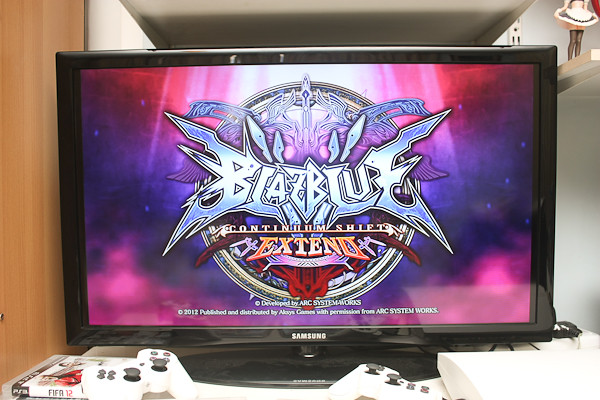 I haven’t been playing serious matches lately except for the recent Labanparooza Tournament last February 18, 2011 and I think I’ve only had 2 sessions of casuals for the EXTEND line. Really glad I got a PS3 so I could play the game anyway XD 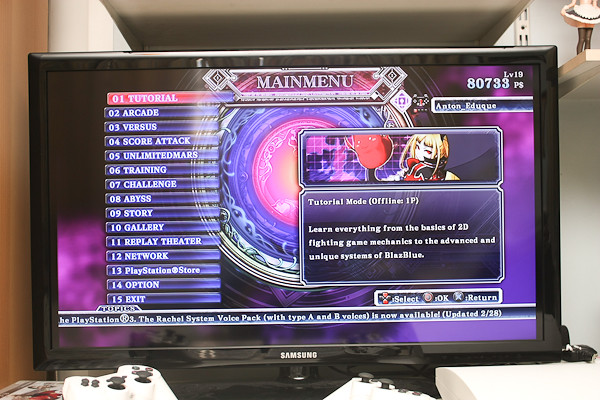 One of the things I found interesting is the P$ system. Whenever you finish something like tutorial, arcade, or abyss mode, you get P$ points. You can use these points to buy artwork, unlimited characters, announcer voices and other color palettes for your character in the gallery screen. I dunno what the “level” there is for. I guess it’s to indicate how long you’ve been playing the game perhaps? ^^

Oh, feel free to add me up in PSN. My name is Anton_Eduque. Just tell me what your gravatar ID in the message is so I’d know who to add ^^ 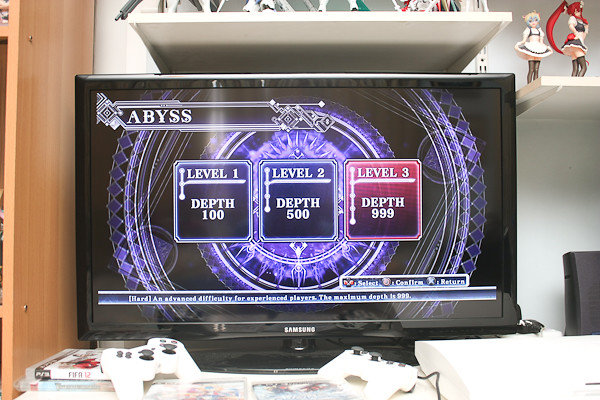 The new Abyss mode, which made it’s debut in the PSP version of Blazblue Continuum Shift 2, makes an appearance in the PS3 Extend version. I have to say this feature kept me playing for quite some time. It’s like survival mode, but you can actually upgrade your characters attack, defense, speed, and heat gauge. You can also add “passive skills” to your characters as well XD Very interesting and very fun. You can also buy abilities and power-ups before going to the dungeon using your P$. So far I’ve only managed to reach Level 999 with Hakumen. Haven’t beaten the Mu12 waiting there. XD 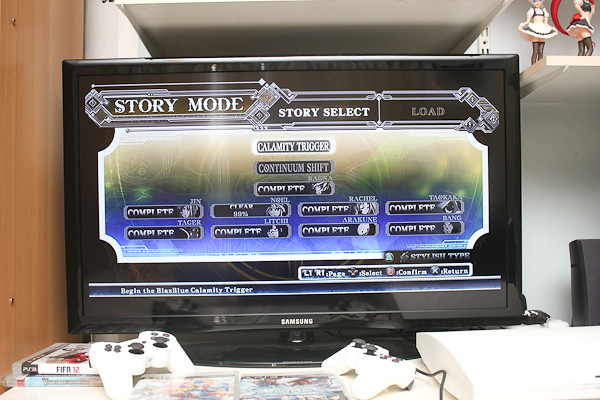 Despite having a copy of CS1, this will be the first time I would play the game’s story mode. Friends have told me that the story mode is LONG and they were right. It took me two days to finish the entire thing. The biggest difference of the story mode in EXTEND from CS1 is the inclusion of the new characters’ stories (Makoto, Valkenhayn, Platinum the Trinity and Relius Clover). Aside from that, there is also a recap episode of Calamity Trigger which really helps people who have not and/or do not want to play Calamity Trigger’s story mode just to understand the story. 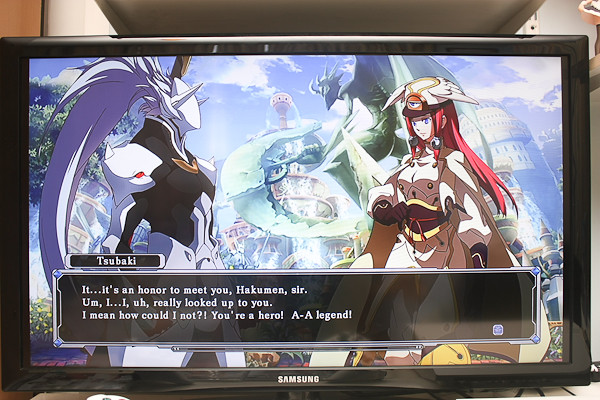 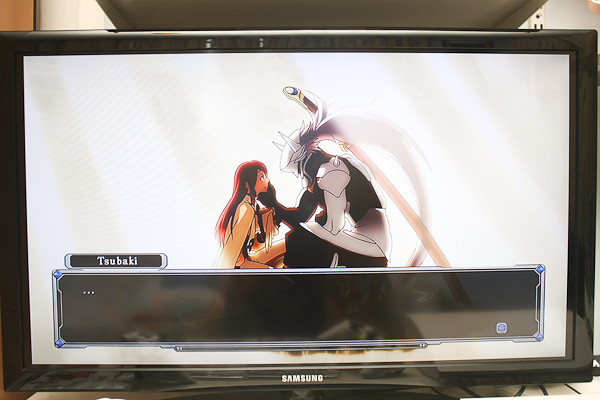 The entire story mode felt like a visual novel to me, and I welcome that addition. This is probably the first game that has a very comprehensive story mode, second to that is the Guilty Gear series (which was also developed by the same team as well). I’m obviously biased to Hakumen and Tsubaki a lot. 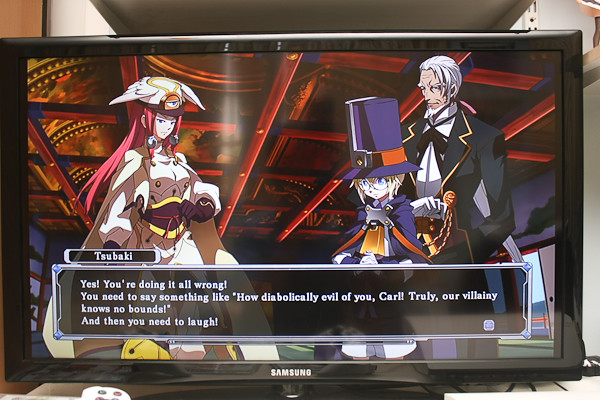 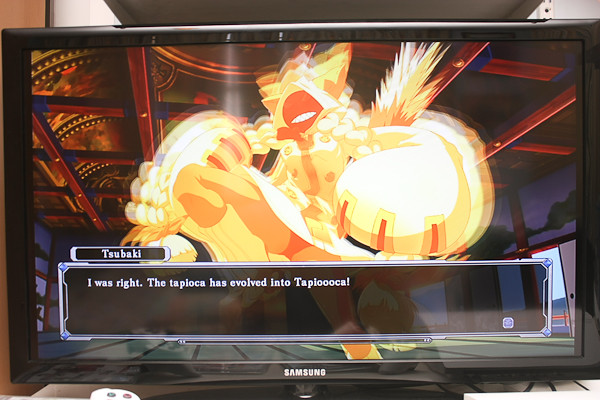 And the characters are also voiced by well-known seiyuus. We have Asami Imai who lends her voice to Tsubaki and Chiwa Saito playing Taokaka, both being two of my favorite seiyuus XD.

What you see here by the way is Taokaka’s gag reel. Every character, with the exception of Hakumen, has a gag reel that places the characters in weird and more often than not hilarious situations. 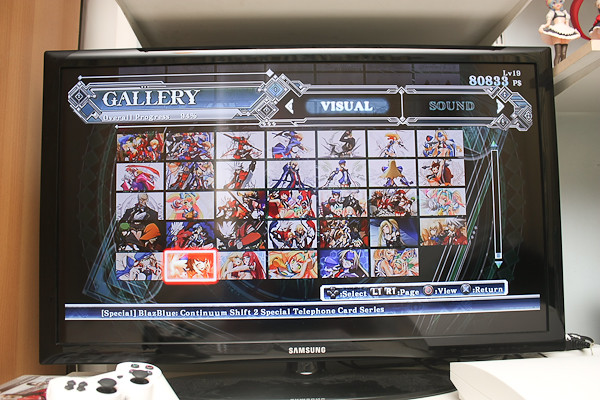 The art gallery is what I’m trying to complete now after the story mode. You need to finish the arcade mode with all characters, finish all routes in the story mode and finish Litchi’s segment “Teach me Dr. Litchi”. 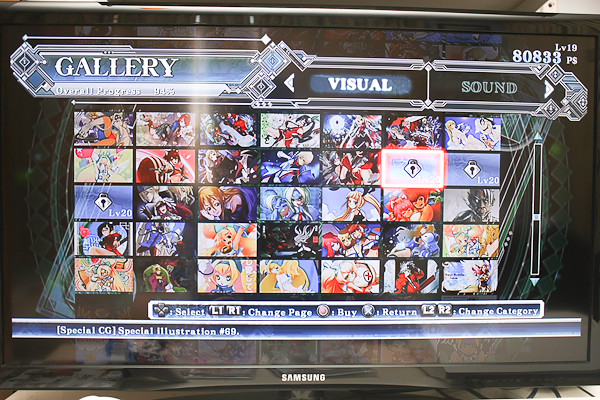 To get the other artworks, you’ll need to purchase them using your P$ points. 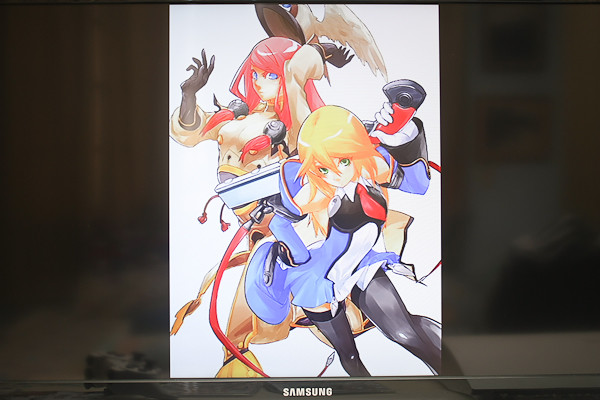 Just some of the artworks there are. So far I’ve still yet to get the level 20 artworks.

If you like an anime-looking game, I do recommend giving Blazblue a try. There’s a bunch of anime fighters coming out this year, particularly Aquapazza (a fighting game full of characters from other anime series such as To Heart, and Comic Party) and Persona 4 Arena. I look forward to playing them this year! How bout you guys, any fighting games you looking forward to?