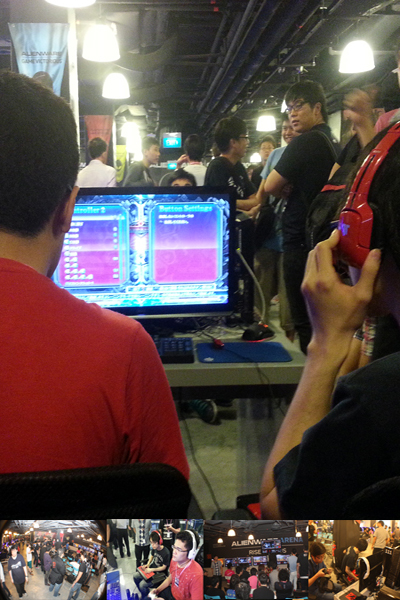 June was a hectic month because I was setting up this page (more on that in another post), had to fix my schedule and my life, plus I had to train really hard for this event that I went to in Singapore last June 21-23, 2013, which was the South East Asia Majors, or SEA Majors for short. Yep you heard that right, I actually flew all the way to Singapore just to play in a tournament and against the best of the best. SEA Majors is a tournament where you can get seeding points for this July’s biggest fighting game tournament which is EVO.

For us people who aren’t going to EVO in Las Vegas, SEA Majors is our EVO already. So we intend to practice hard, and try to win here and make friends at the same time!

Me and my comrade, Gelo, actually came in a tad bit too early. Like 5 hours early lol ^^;;. Everyone was still setting up the venue. 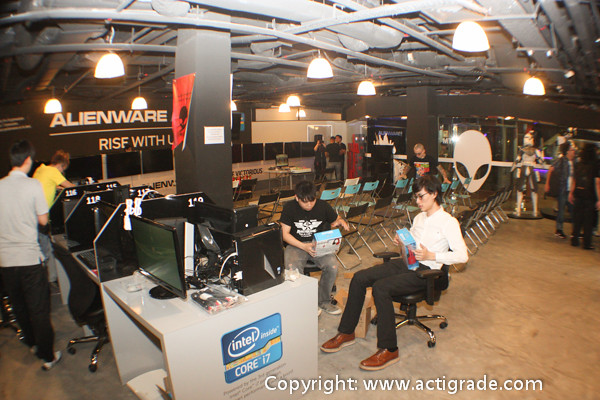 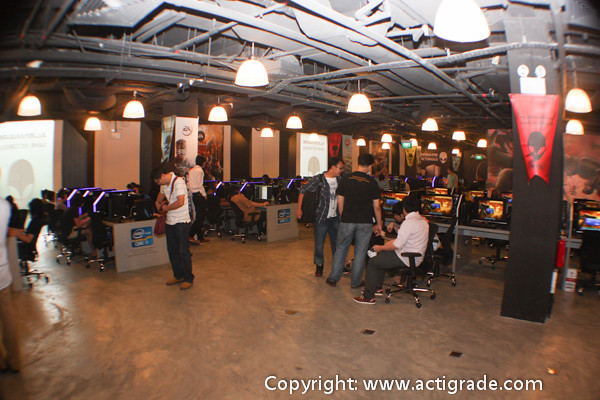 The venue was in the ‘Alienware Arena’ , located inside the Lucky ChinaMall found in Chinatown. Yes guys, as you would have guessed, it’s the same Alienware brand that brings high-end gaming PCs and laptops. The place was pretty spacious and the internet speed was blazing fast (compared to the internet in the Philippines). MOBA and MMORPG gamers don’t have to worry about frequent lag spikes at all here!t 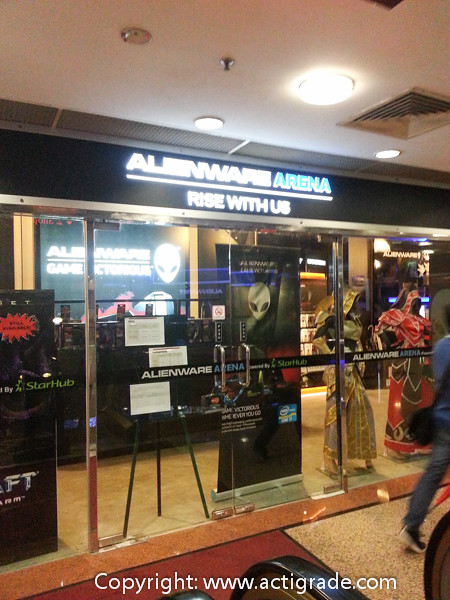 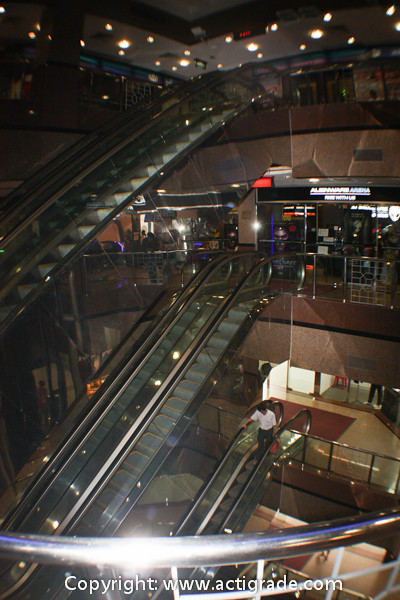 Mad Catz is one of the sponsors for this tourney and they supplied all the station booths here with brand new sticks! Back at home, it was a bring your own controller/stick affair; so as an organizer I was pretty amazed at seeing all these sticks just being laid out on the floor. 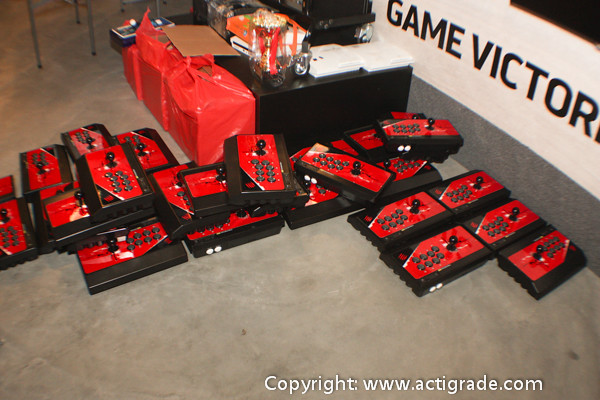 And it wasn’t just the sticks that were brand new, they also had some brand new PS3s there as well (or at least I think they’re brand new). I came into the conclusion that they were all brand new because ALL the PS3s had to be updated, and they had to buy the DLCs as well for all the games that would be played. Guy in grey there is William, one of the leading figures in the Singapore Blazblue community. 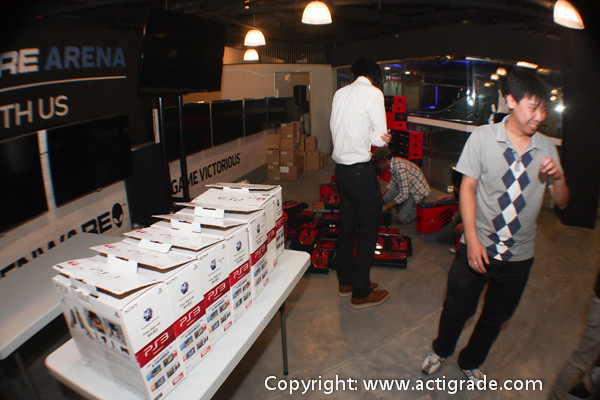 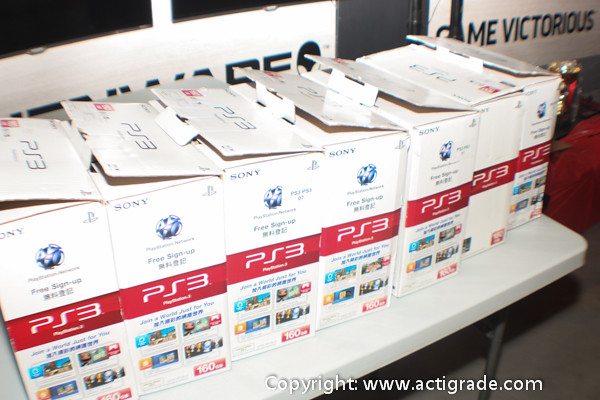 Guy here is Farp. He is basically in charge of all the streaming/recording technology during the event. He also was the one who created and integrated the pixelized animations and transitions during the streamed videos as well. I don’t think I saw any other person aside from Farp who was there on the stream/sound booth the entire 3 days of the event. Sadly, in the Philippines, streams isn’t the way to go to publicize the events. Lack of interest it seems 😛 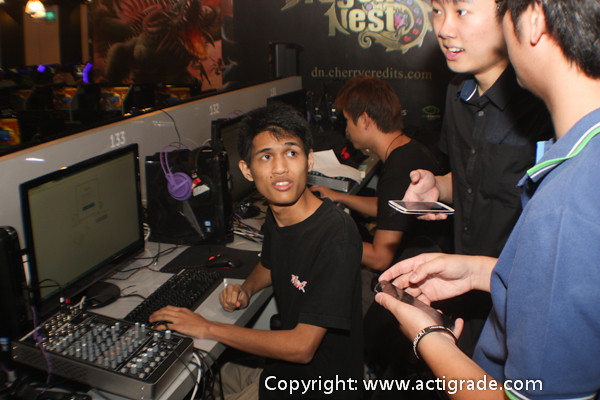 This guy here is Jasper, one of the guys in charge of the Street Fighter segment of the entire event. Props to him and the entire community who helped make this event possible! 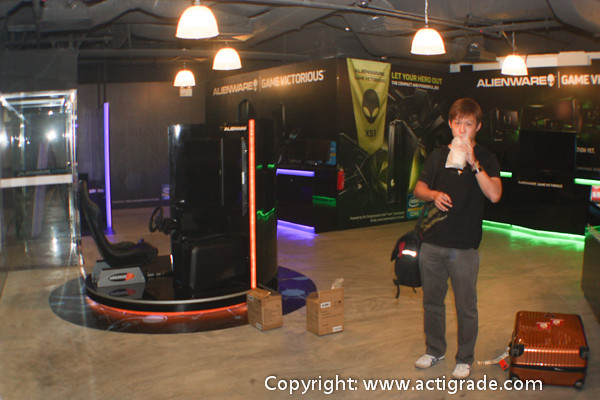 This here is Markman, one of Mad Catz marketing heads who came all the way to Singapore to promote Mad Catz and the new products that they are selling as well. Markman will be visiting the Philippines soon and I do hope he enjoys the fighting game scene here as well. 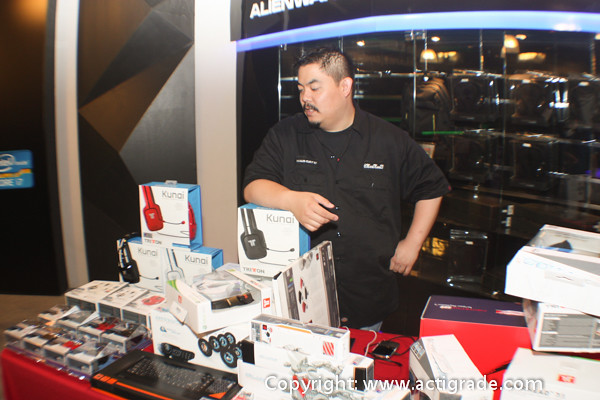 Yes guys, regardless of the nature of an event, even if it were fighting games, business cards are a must in any occasion and must be handed out with care and respect. It’syour name after all that’s there! 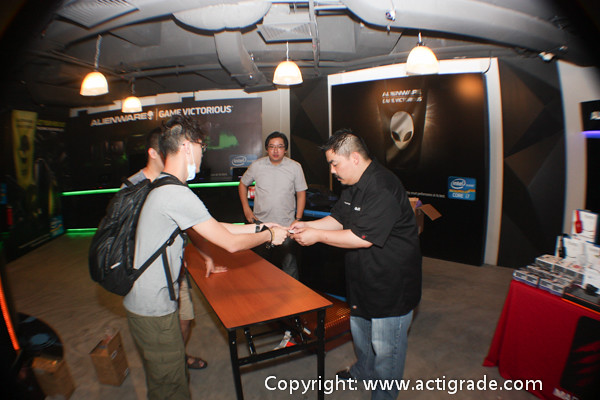 Trophies galore! Not to mention Prize money and a free Mad Catz stick awaits the winner! 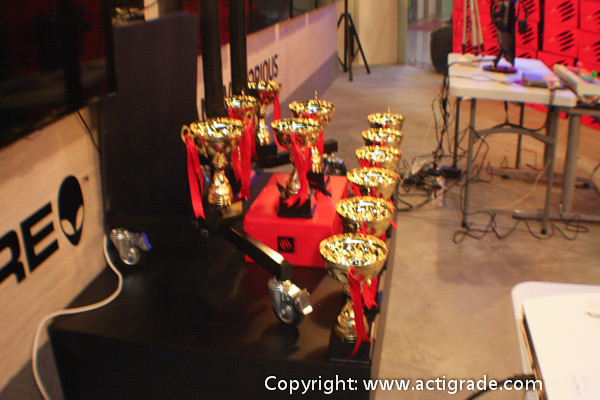 Aside from coming to Singapore to play against the best, we also want to make friends of course with people from all walks of life as well. It might be a ‘fighting’ game, but at the end of the day we all just want to have fun. To the left is Gelo, the comrade who managed to drag me to SEA Majors, while to the right is Mike Ross. One of USA’s finest players in Street Fighter (E.Honda) and Ultimate Marvel vs Capcom 3 (Sentinel, Storm and Hulk if I’m not mistaken). 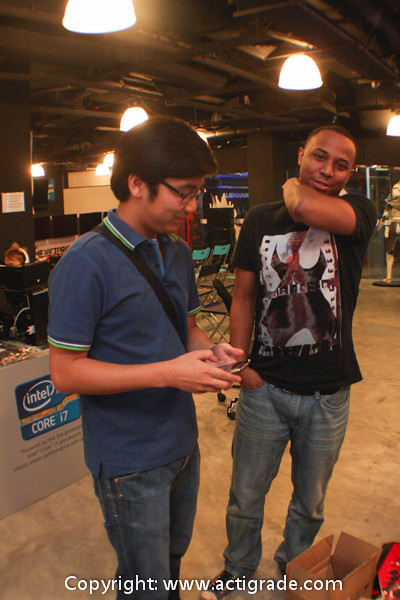 And here we have Charles on the right, one of my fellow Filipino players. To his left is none other than world famous, USA player, Justin Wong who is very well known for his skill in different iterations of Street Fighter and Marvel vs Capcom. 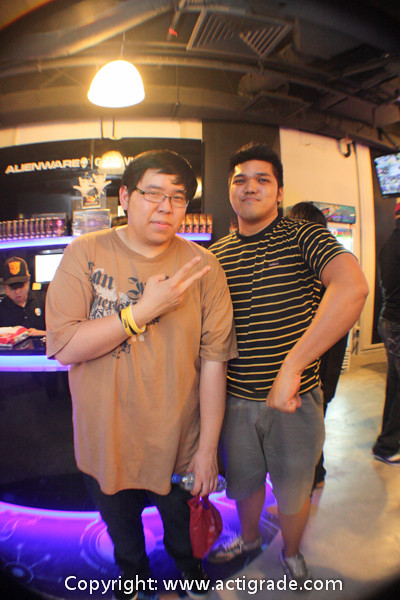 What makes this player more amazing than the rest is his ability to rise above the odds and other moments  he was involved in fighting game history.

and of course who can ever forget EVO moment 37

Finally, things are starting! It’s a huge wow factor that SEA Majors had multiple LED Displays to ensure everyone can view what was happening on the two stream sections! Everyone is pretty hype for the events, especially since this was Day 1. 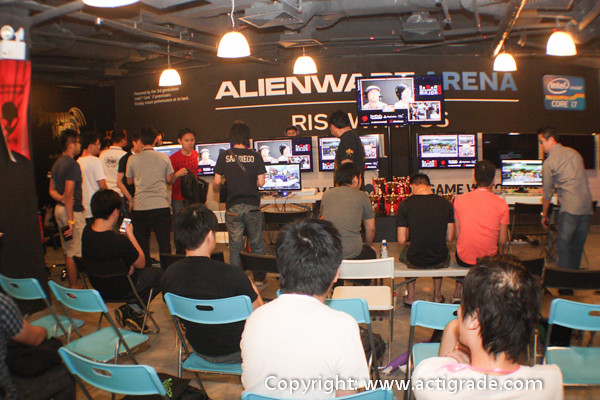 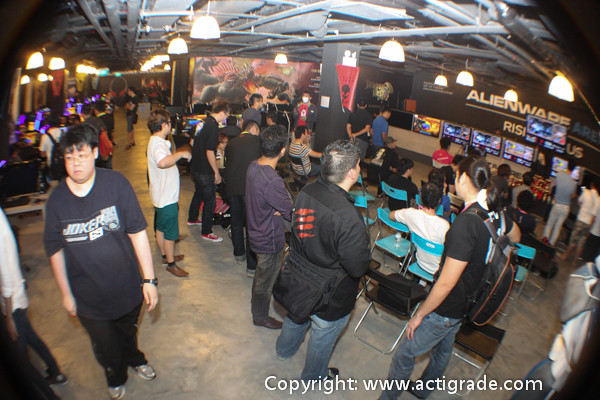 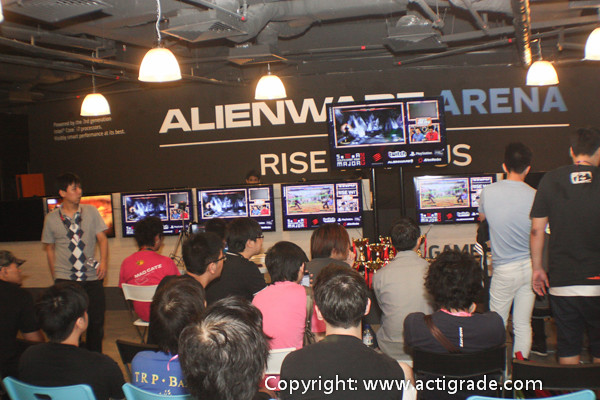 Oh and they even have their very own dedicated computer for brackets so not everyone will be bugging the tourney organizer, manager or stream booth for their brackets ^^;; 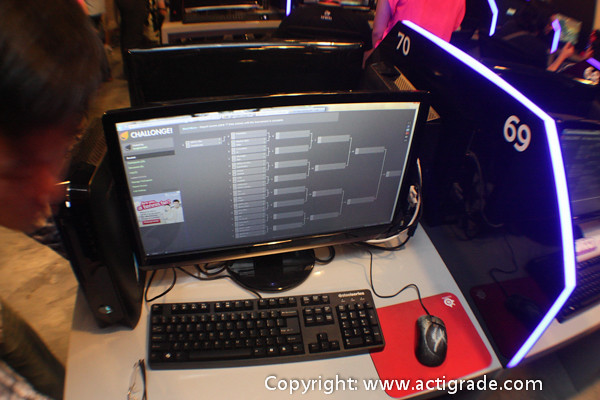 Tournament for P4A and BBCSX has started. Me and Gelo have trained for this day for a long time and we were excited to show what we can do. 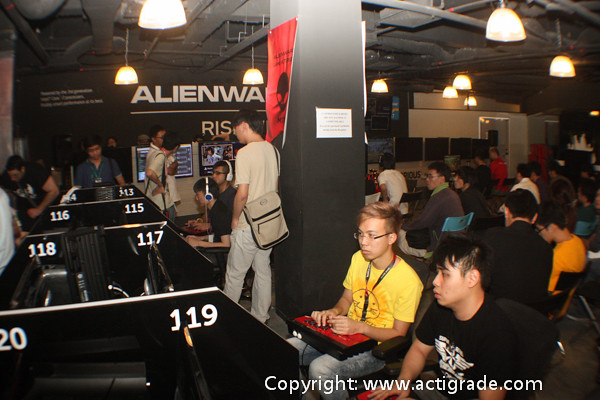 Sadly I was outed by Khairi who had a smart Yukiko gameplan on hand and chichiboy who used Narukami complete with intense pressure game. My Mitsuru didn’t stand a chance and I got 7th place. Gelo’s Akihiko also lost to Khairi and was eventually taken out by Tokido’s Mitsuru, which got him to 7th place as well. 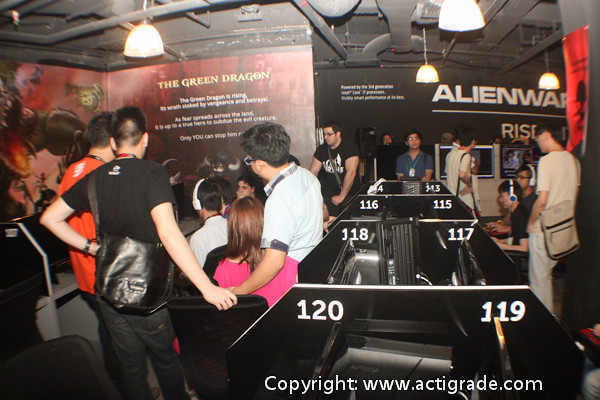 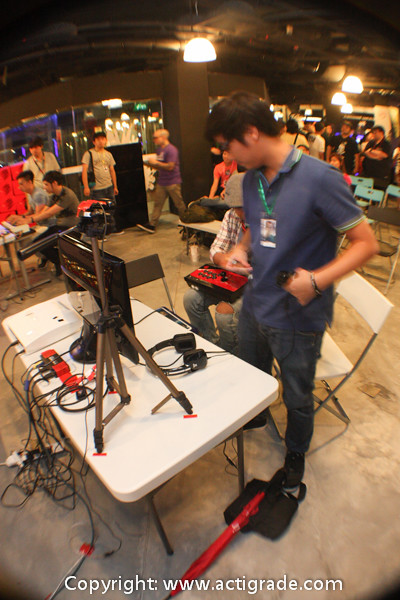 Yes, THAT TOKIDO. The one with a scary Akuma in SF. See what we mean by intense competition in Singapore’s SEA Majors 😛 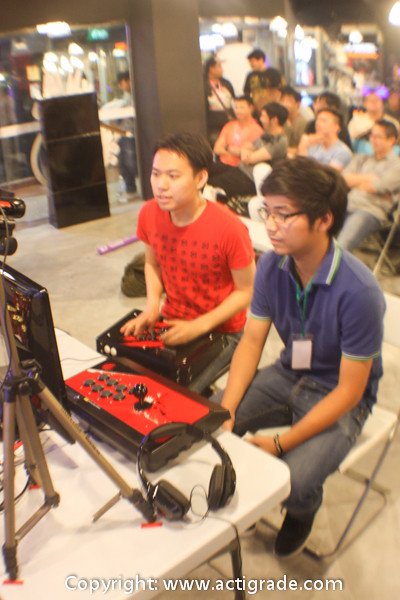 Kazunoko was also there (or Inoue as he is known to GG players) and competed in multiple games as well. Gelo and I challenged him during casuals and we have to say, there was a skill difference between him and us. I have to admit, the playing grounds in Japan must be really tougher for him to have reached such a high skill level. I think Kazunoko has a hyperbolic chamber stashed somewhere like a true Saiyan warrior. 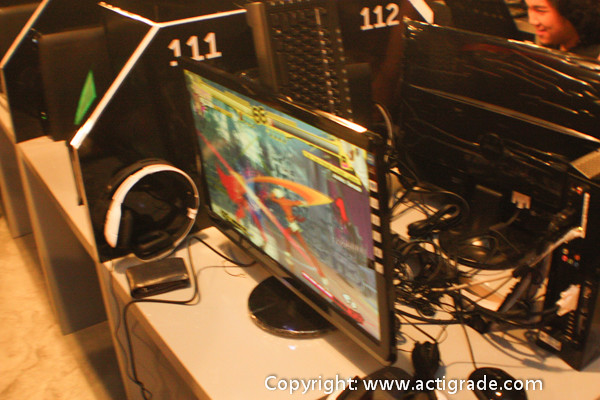 Blazblue tournament, I had lower score than what I expected. I go a  2-2 and I lost to YT’s Tager. I went MU12 since my H has a tough time against Tagers in general. Sadly, I wasn’t playing the matchup correctly since I was fighting Tager (a grappler) up lose when i have all the option to fight him midscreen to full screen range. This was totally disappointing since Blazblue is the game I’ve trained the hardest and I didn’t expect to lose like that. My other loss before YT’s Tager was against beergut’s Hazama whom by far has been the best Hazama player I’ve played against! 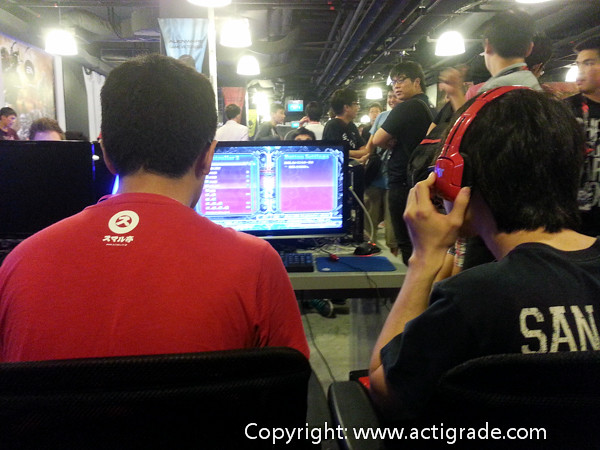 Aside from commentating, I got the chance to paly against Kazunoko’s Arakune as well. At first I was able to perfect Kazunoko during the first round of our first match. Second round and third round goes to Kazunoko, but it was a close match. The second match however upto I think the eight, I was totally dominated by Kazunoko who showed me the difference between our skill level. Mind you, I’m not a scrub and I do know what I’m doing but the opponent that I am up against is just plain GOOD. Tokido was already giving me tips on how to go about Kazunoko’s bug offense as well during casuals. 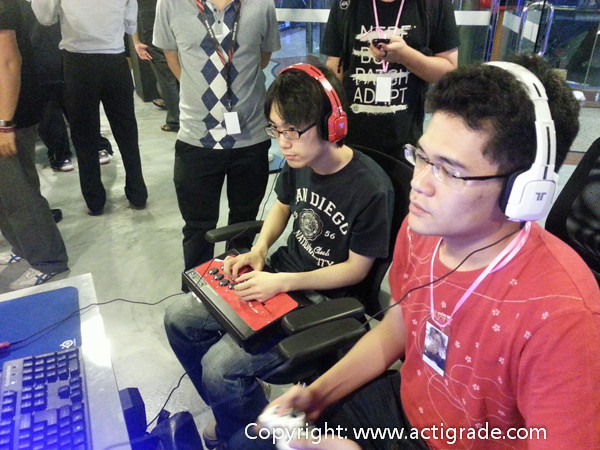 I have to say, those matches with Kazunoko and the other BB players from Singapore was a huge level up for my game and I’m glad I was able to play against most of them evenly in this game. Though that loss stings, we just have to move on and get better. Simple as that =D 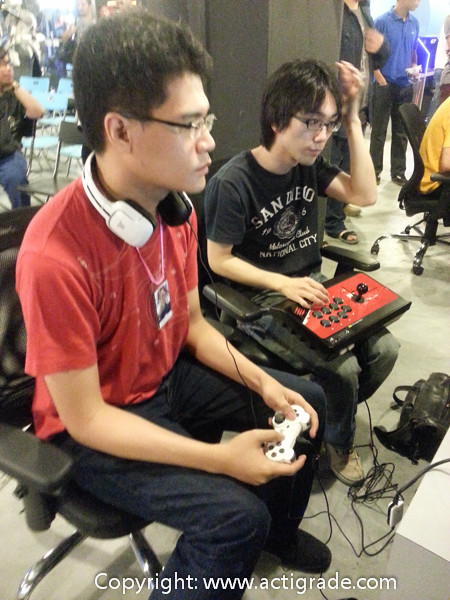 Used the gamertag “Omura” because of this running joke that I look like Amuro Rey when my hair was longer and brown. Glad those friends appreciated it hahaha. 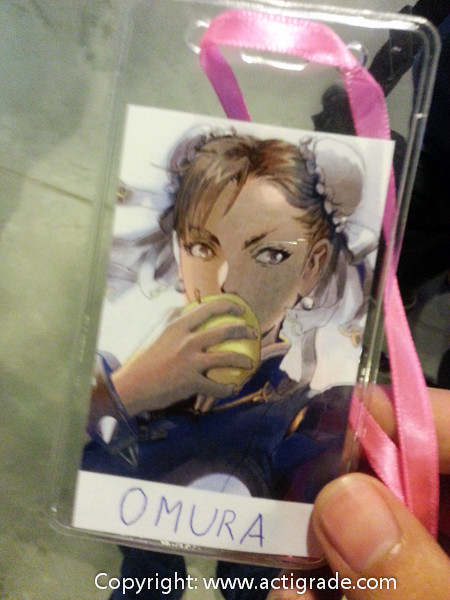 After the entire first day, me and some of the guys went out to the hawker’s place to try out their food there. Really glad to meet all these people in one event. It was very enlightening how the world is BIG even if it was just in the realm of fighting games. 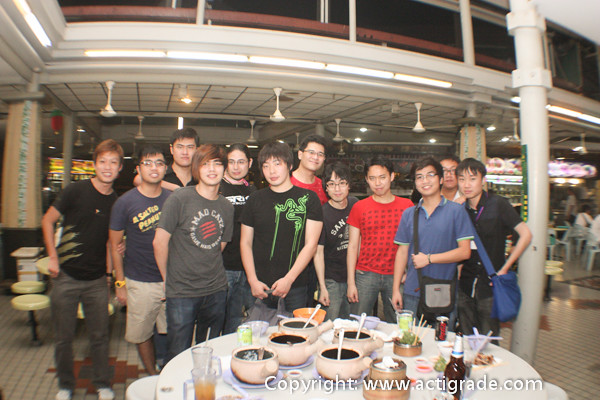 Glad to have also contribute to the Philippine FG Community for this photo I took during Ozinefest. Check it out at 0:45

Day 2 will be up next shortly!