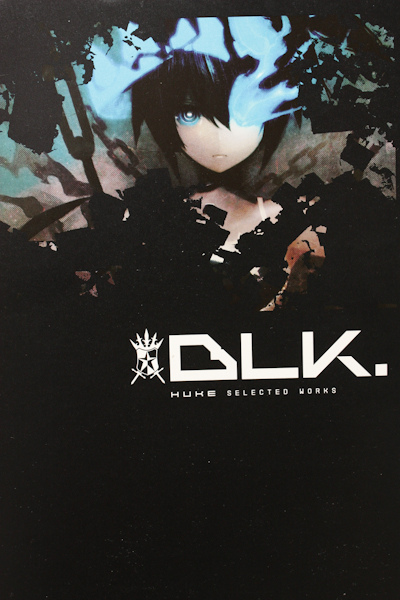 It’s hardbound, heavy, and 240 pages worth of huke artworks. The BLK artbook is probably one of the most sought after artbooks this year. Not bad, for a P2,800 pricetag, which includes the shipping and handling(that’s almost Y5600). 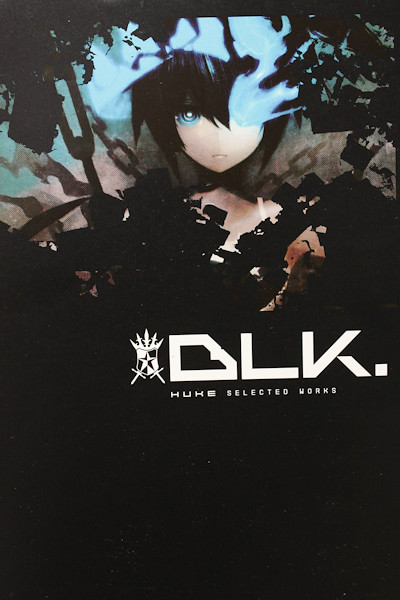 The BLK artbook comes in three parts. The first two are probably huke’s biggest works which landed him to being a rockstar in the anime-illustration world. The third one is a collection of some of huke’s lesser known works which are still just as good as the first two in terms of art (this is what huke does when he is bored i guess hahaha) 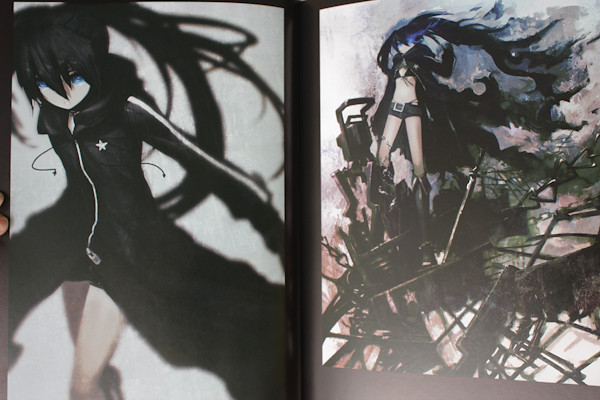 First up is what got a lot of people’s attention: Black Rock Shooter. 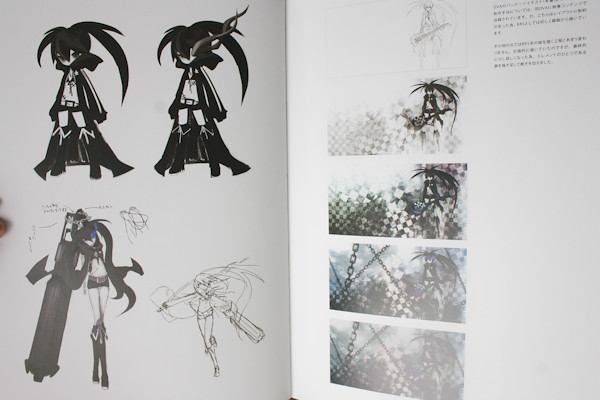 Really happy we have some few sketches and rugh works here and there in the artbook. It’s kind of enlightening to see these things 😛 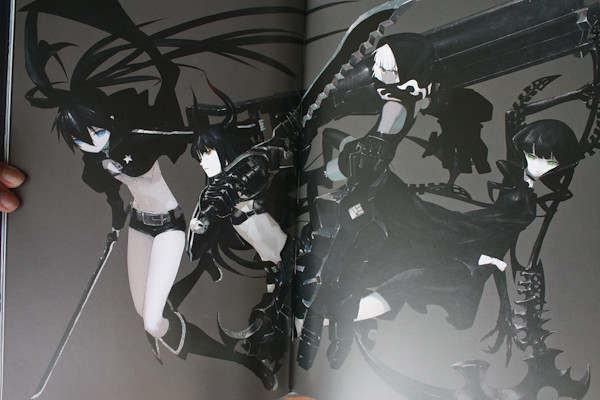 The main cast. No Chariot here, too bad. Was looking forawrd to see some Chariot artworks from huke. 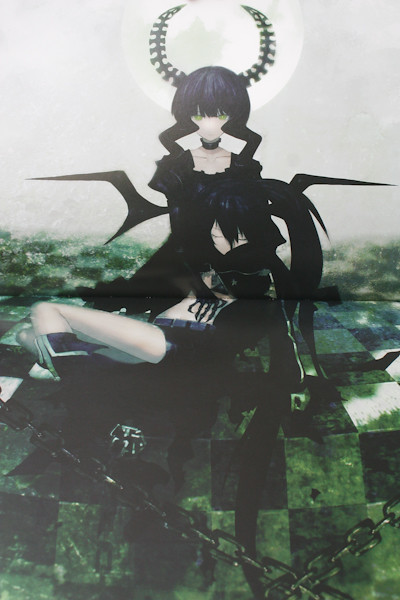 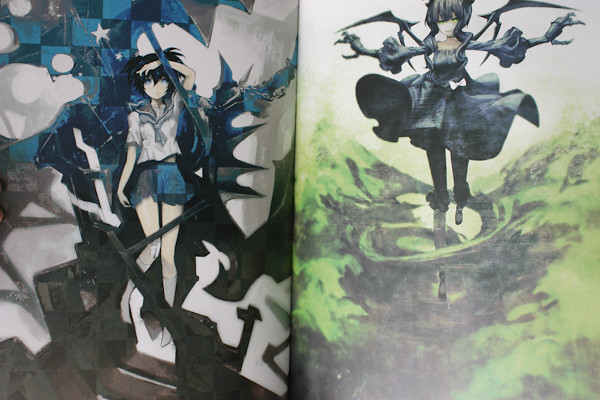 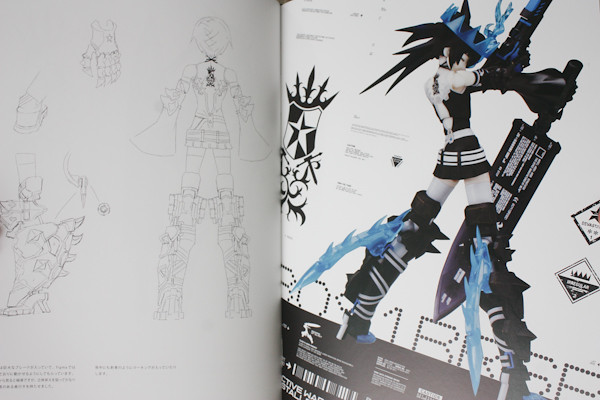 The Black Rock Beast I think was her name. This figure was supposed to be included in the artbook for an additional fee, but I opted not to get her. Not really a fan of the design. 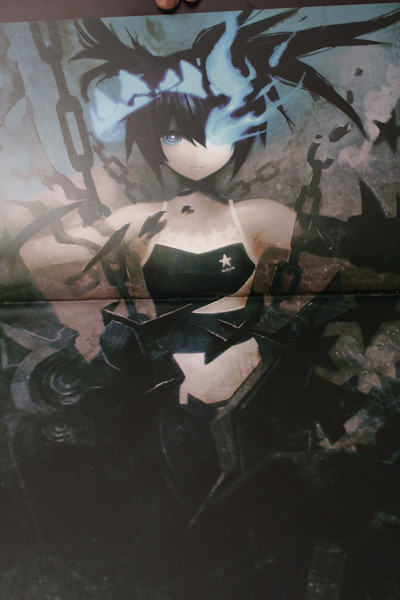 This be her illustration =P 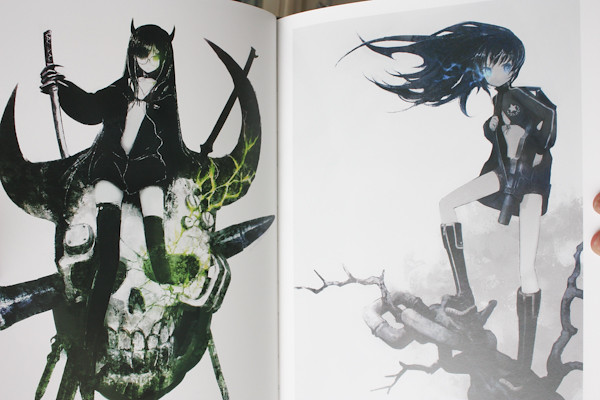 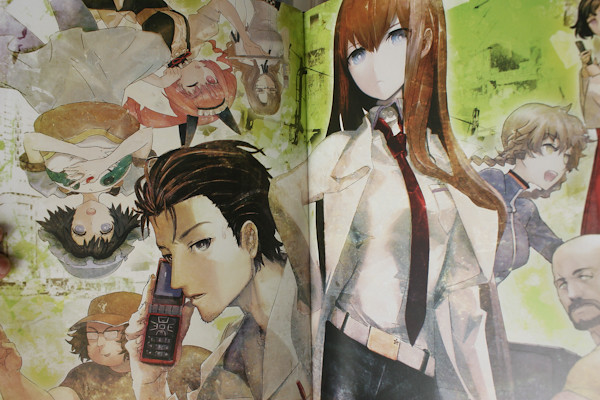 Next, we have one of Nitroplus+’s more awesome work: Steins;Gate. I haven’t played the game yet, but I really did enjoy the anime though. 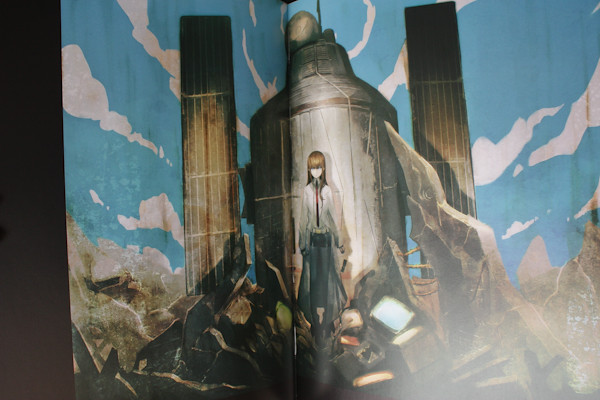 Hmmm I do hope I can find a wallpaper of this soon =P. By the way, this is precisely the middle of the artbook. 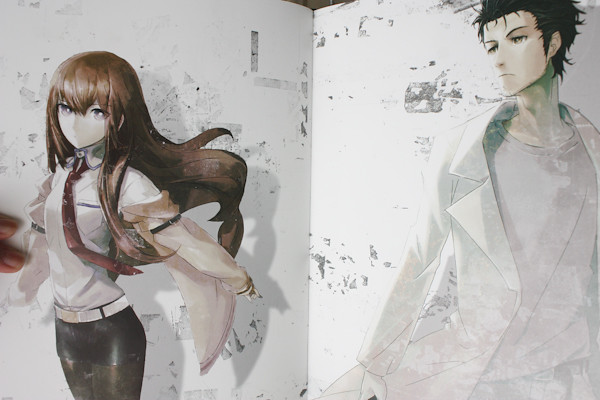 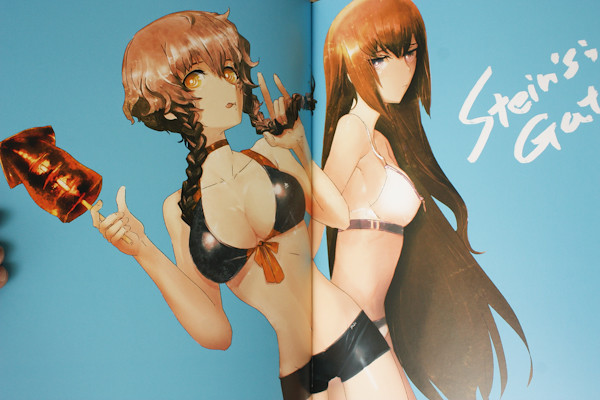 I think some of you readers can tell that I’m a fan of Makise Kurisu, esepcially with the partiality of images leaning all to Christina here 😛 Kinda ironic that I havent bought a  single figure of her though. 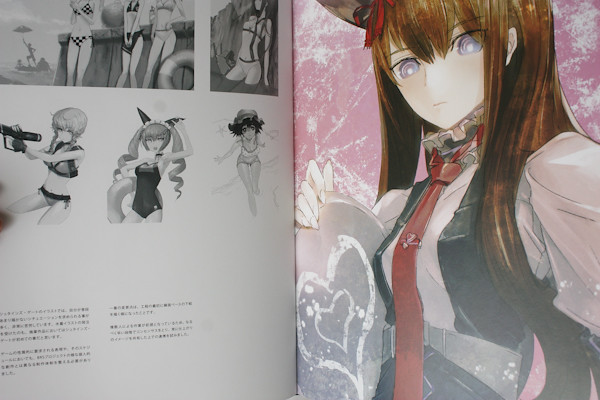 Does the game really have Kurisu cosplaying maids and stuff? @[email protected] 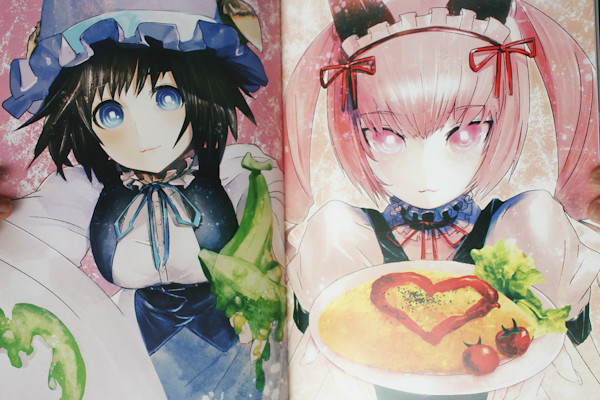 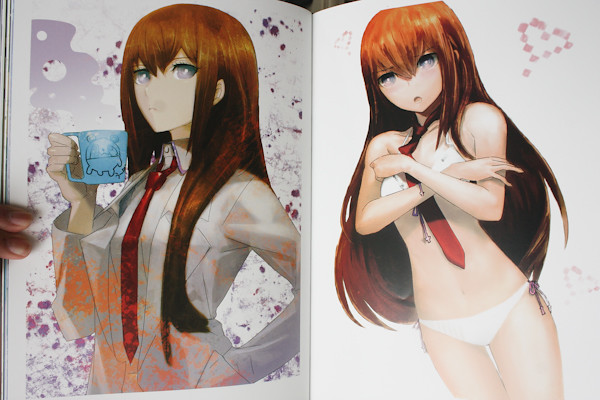 Left side: Tsun, Right side: Dere 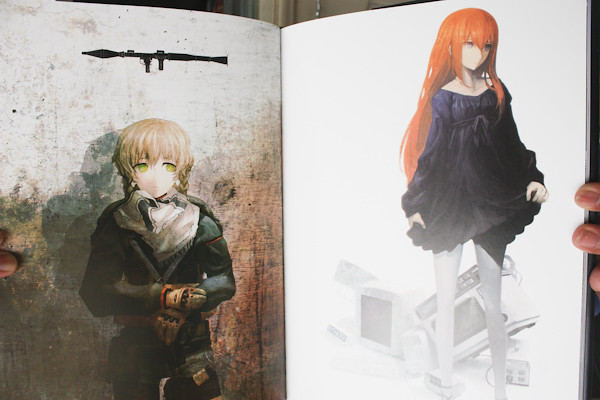 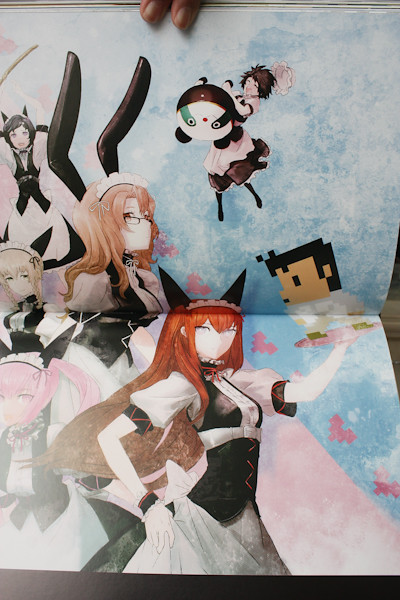 This image deserves a wall scroll of it’s own XD 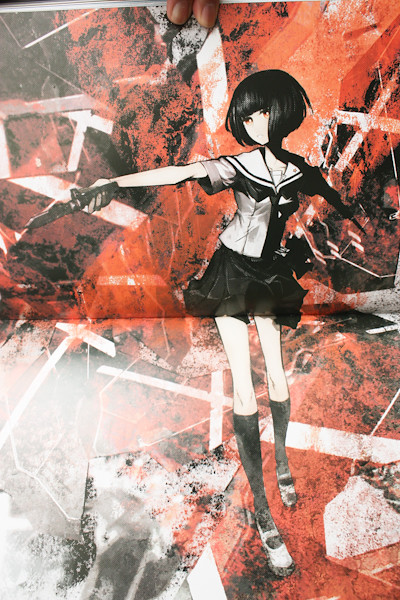 And finally some of huke’s other artworks. Some of them do belong to the BRS universe. I dunno about the others though 😛 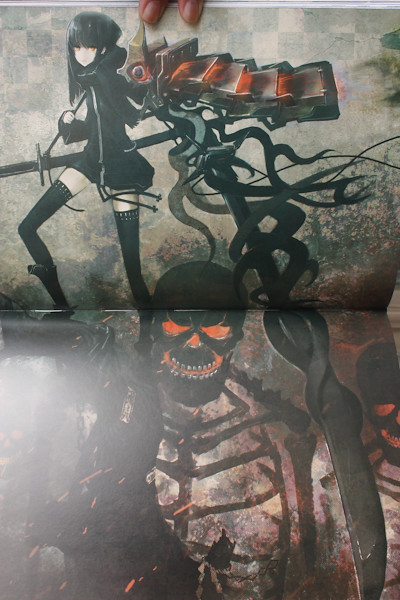 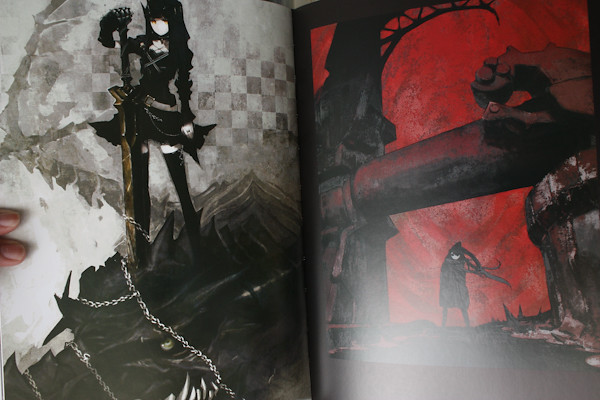 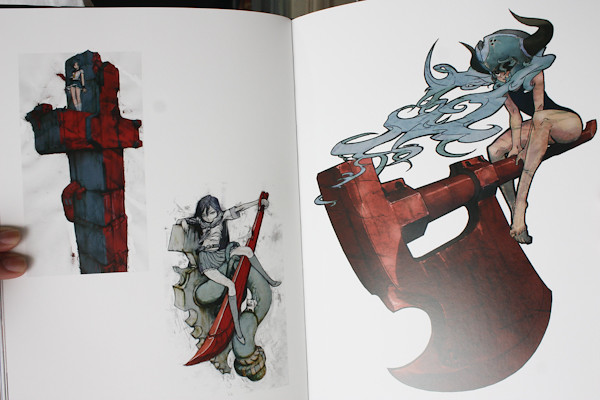 Didn’t expect this artstyle from huke ^^ 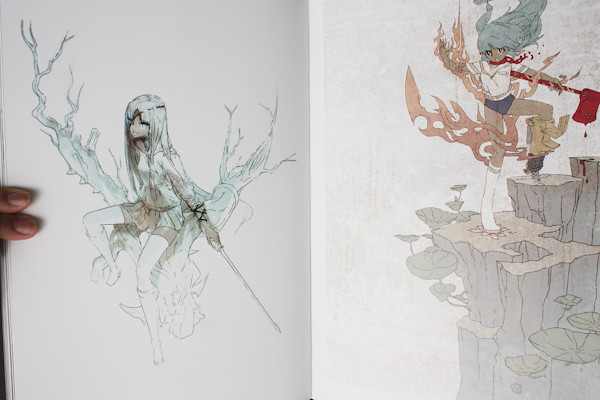 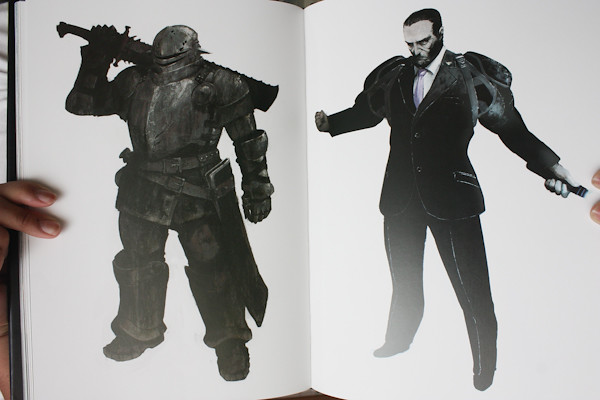 Definite proof that huke can draw more than cute girls. From what I’ve seen from the artbook, it looks like huke really likes gas masks on his soldiers ^^ 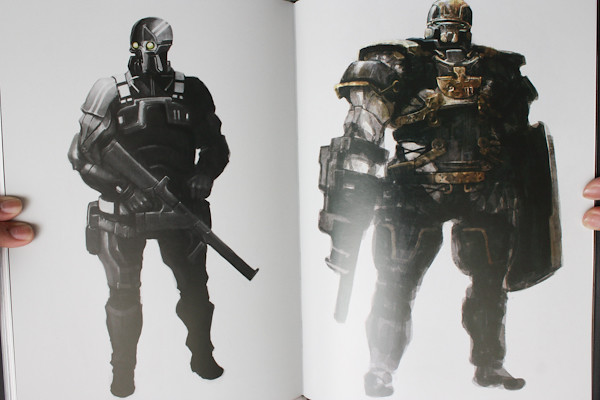 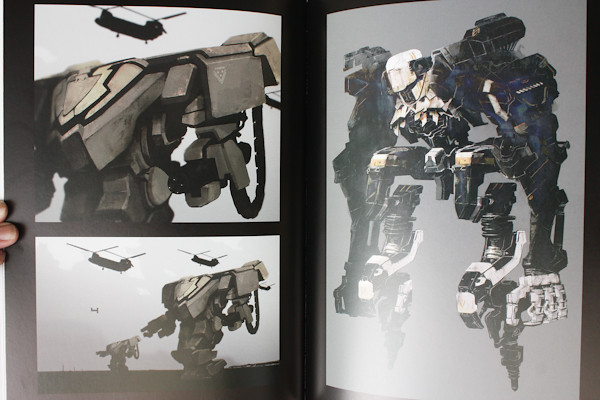 And wow, huke can draw mecha too. The artist also had a hand in designing some of the weapons in other series too =D 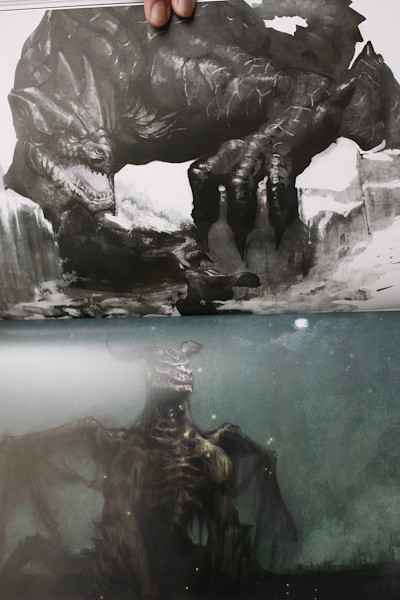 And he can draw dargons and monsters too… @[email protected] unbelievable 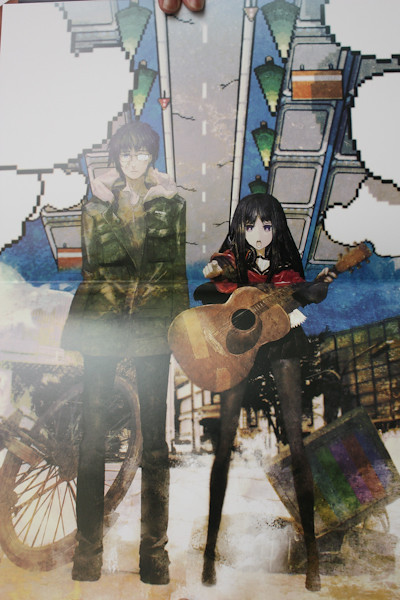 And that’s a wrap. Though the title said it was a review, I have to admit it was more like a sneak peek of sorts ^^. Really happy that the artbook could be purchased without the figma.

You can purchase the artbook through Amazon or from your favorite retailers. Afaik they are selling this artbook without the figure also, some hobby shops also sell separate the two and then jackup the price of the figure 😛

I do suggest to take a peek also into other artbook reviews i’ve done In case you guys still want to read more: