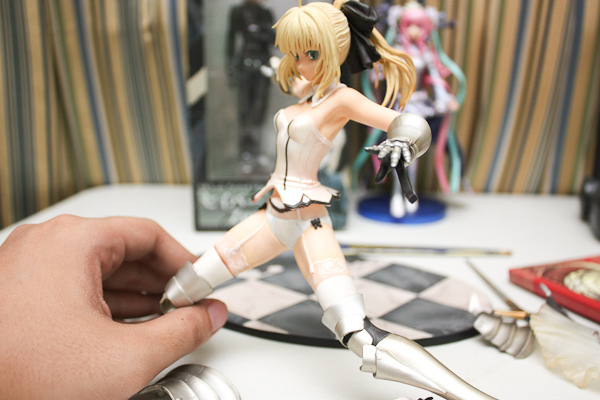 I’m pretty sure some of you are curious enough to inspect your figures and notice that some portions look like they are removable. I’m sure you’ve seen this boot leg of Saber Lily ~Everdistant Utopia~ lying on my work table from some of my figure reviews already and its about time we get to take a peek of what’s under all that tough exterior of hers ^^ 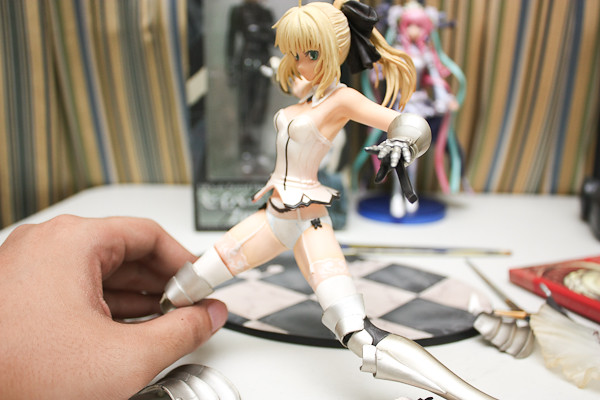 First of all, before any Saber fan sends me hate mail, please do note that this figure is a bootleg figure that costs probably around P1000 (that’s around Y2000) and one of my friends gave this figure to me for free. I’ve been wanting to experiment on this ever since I got it. 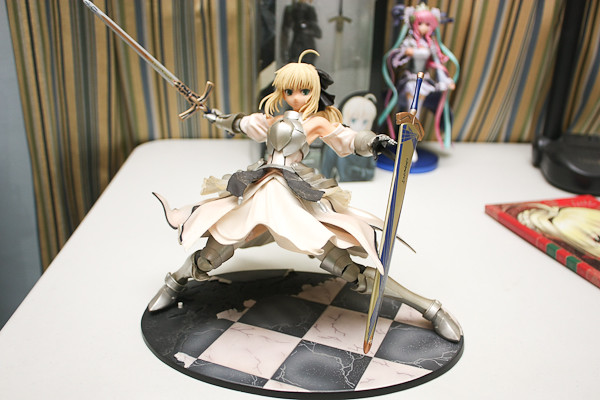 Being the bootleg that it is, the material used is so substandard that the legs are already bending due to humidity. You don’t see that happening to the original I’m sure. 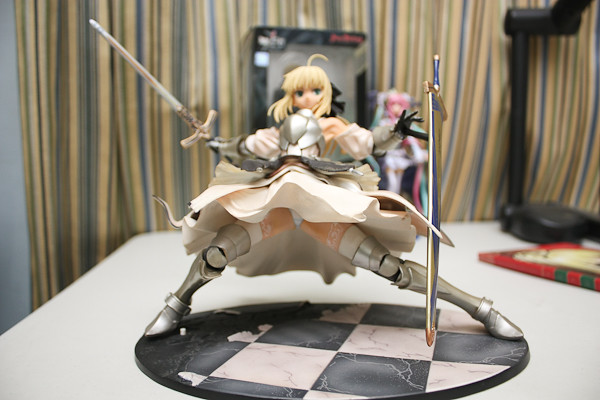 She bends so much its like she’s playing limbo with a really stiff skirt. 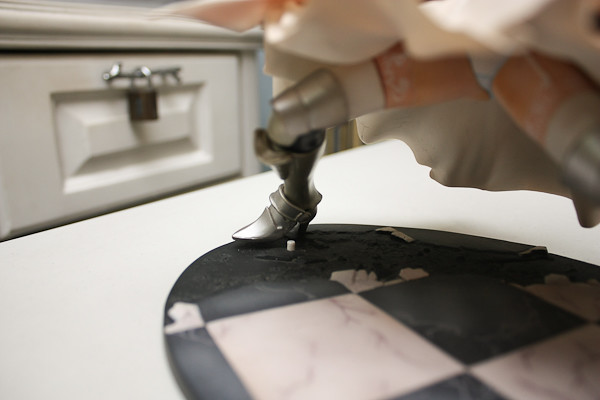 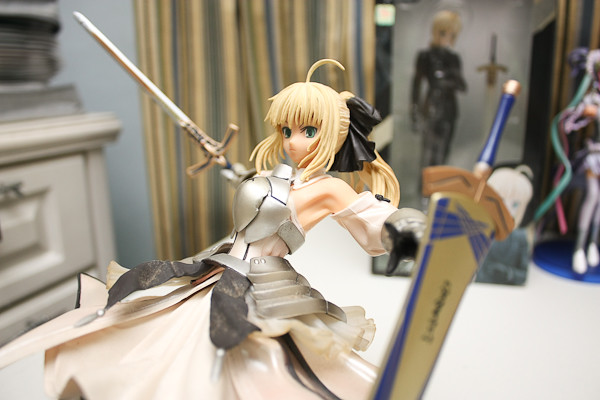 Oh and her skin easily gets a tan when exposed to too much light. This saber was a hand me down, and my friend didn’t exactly keep her clean (tucked her away in a dark corner), so some of the dust caught on to her clothes, particularly the semi-transparent skirt. 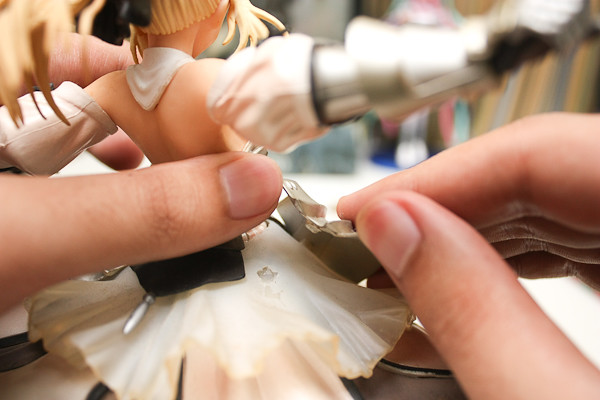 Lets start. First I had to spot the ‘soft portions’ of her armor. The places that connect one piece to the other. You can just super glue em right back up. 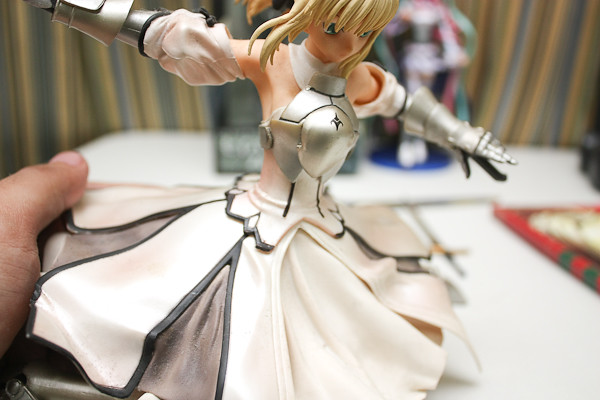 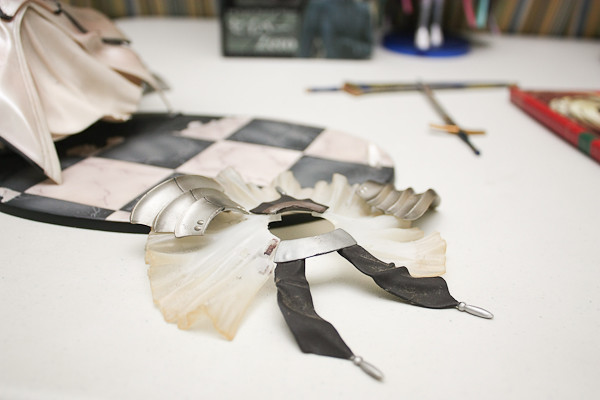 And here is a picture of her skirt armor. 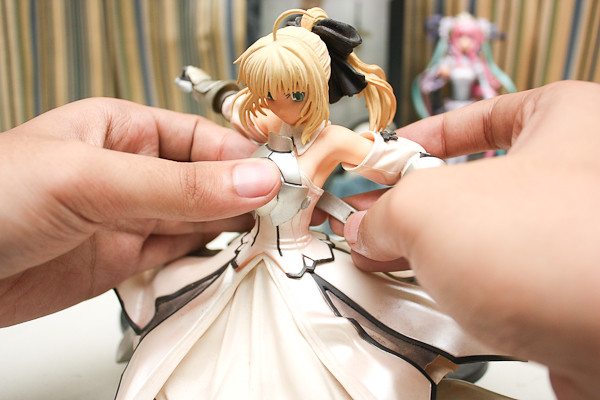 Again, same applies to her chest plate. You just have to look for those weak points. 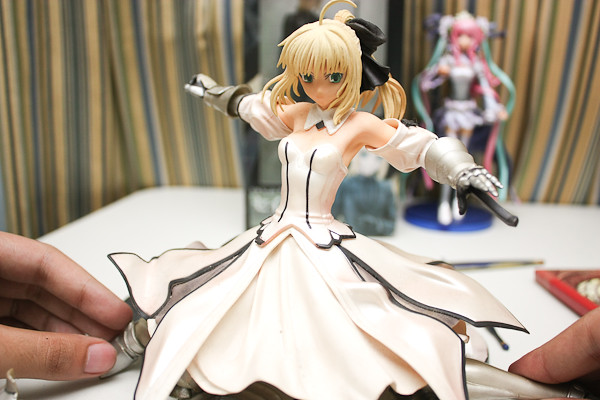 Saber Lily starting to look like the wonfes version now. 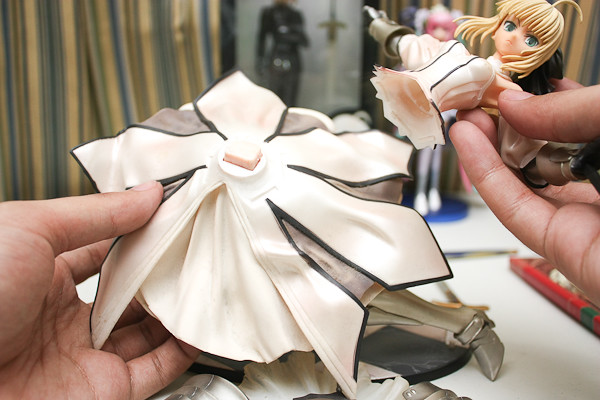 Took a while to remove this, but it looks like the figure isn’t built as a solid piece at all. I wonder if GSC’s is also a solid piece, any idea? 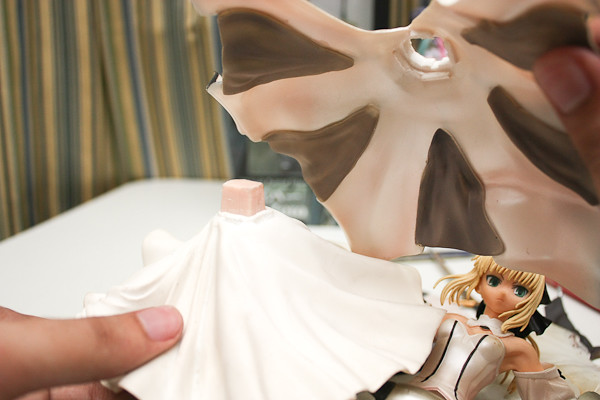 Time to remove the upper skirt. 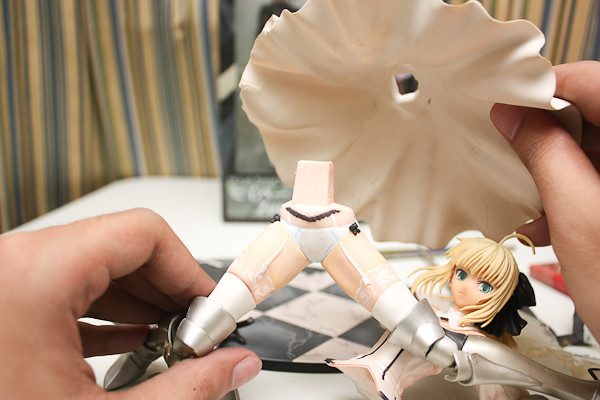 And off her inner skirt goes, which reveals her kingly undergarments. 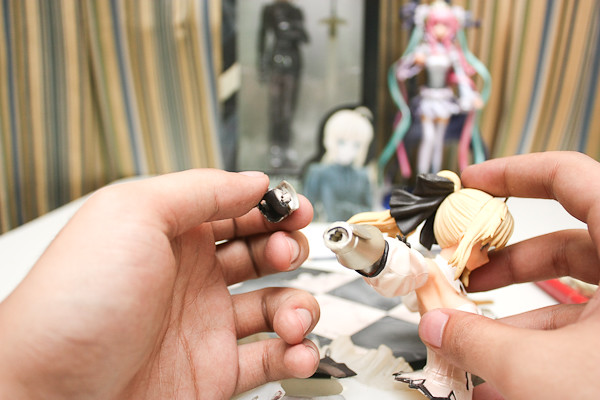 The hands are the easiest to detach. 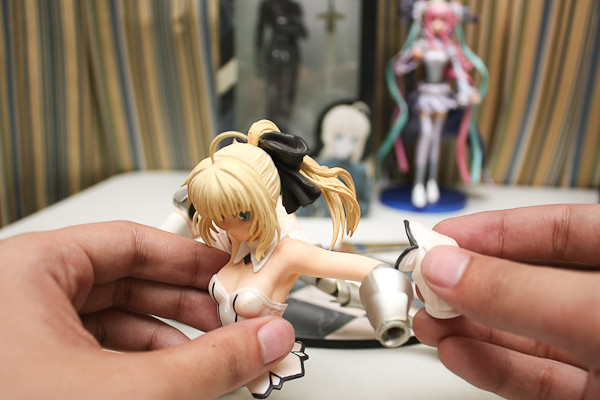 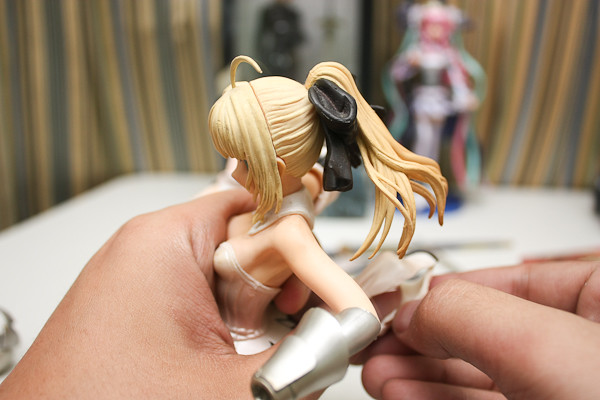 The clothing she has over her shoulders are definitely hard to remove. I had to actually cut them to remove them. I’ll prolly have to paint over the cut portion to create a seamline for it. Or I could just not place it back because it looks better that way XD 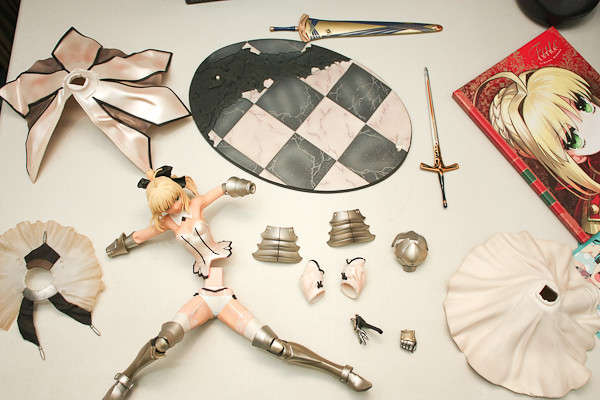 Here are all the parts of the bootleg Saber Lily 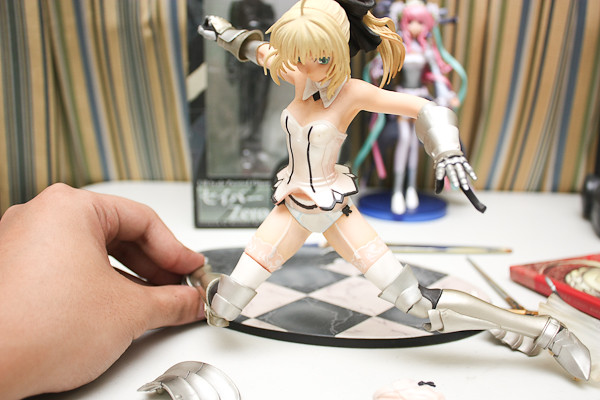 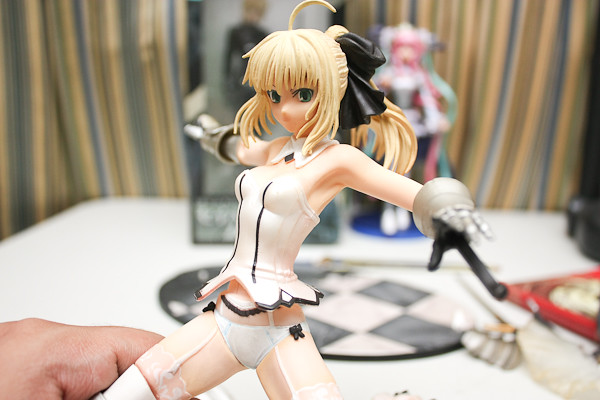 Despite being a bootleg figure she still manages to look really pretty and sexy right here.

I hope this enlightened people on the (questionable) quality of bootlegs (those legs D=) and how you can just purchase them for modding purposes. Speaking of which, any idea on how I should mod this Saber to make it look more appealing or different? The only idea I have in my head is a samurai-like Saber.

How i wish there was a bootleg for Alter’s Dizzy! I wanna color it white!