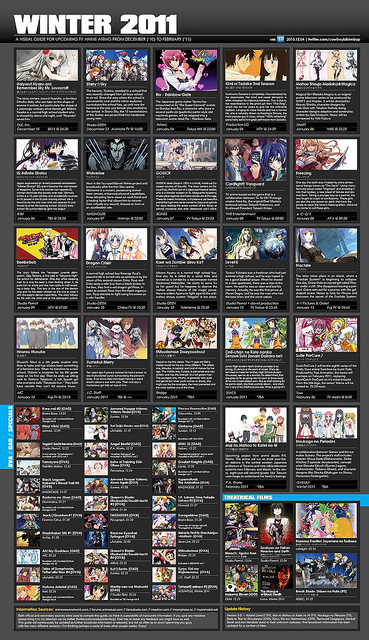 Another season of anime has passed, and quite frankly the amount of anime media I consume surprises me. Prepare for ensuing wall of text. 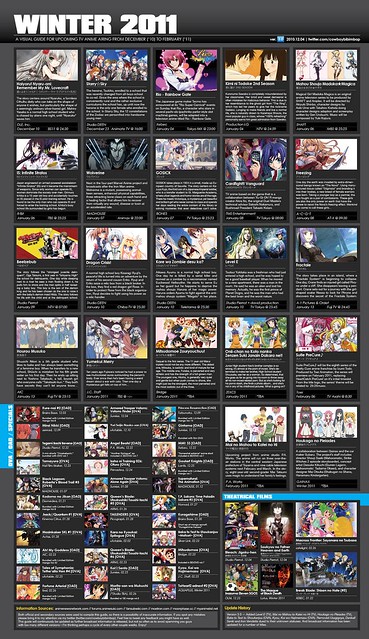 Last season, I’ve finished around eleven titles and kinda shelved aside the other shows for future watching (such as Kimi ni Todoke, gasp). I haven’t  included the other shows I am watching such as american sitcom “How I Met Your Mother” and the current tokusatsu series “Kamen Rider OOO”. I’d like to talk about how the current season is full of titles that MIGHT blow your mind away, but I’ll put that off for the next blog article. Take note that the titles shown here are the ones that ended this winter, and aren’t necessarily ones that belonged this season. To Aru and Stardriver are shows from last season that ended this season for instance, while Madoka just finished this April.

I’ll try to keep this entry as spoiler free as I can, especially with Puella Magi Madoka Magica. So don’t expect something too indepth with these after thoughts =D 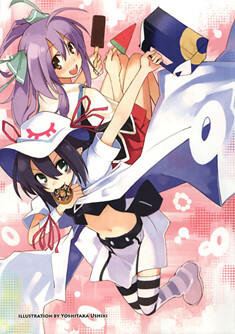 I am not really a fan of anime-only adaptations, but what I’m not a fan of is shoddy quality. Yumekui Merry had so much potential in the first six episodes, and then it started going downhill from there. From fight scene quality and story pacing, to Mysteltainn arc voice acting, the series kind of just went downhill. It took me much effort to actually watch the last two episodes, and the amount of disappointment never stopped. Even the way it ended was lackluster. I’ll try to read tha manga and see if the manga can save the way I look at the series, but I’ll be giving it the usual 5-10 chapter treatment until I stop and make my decision D= 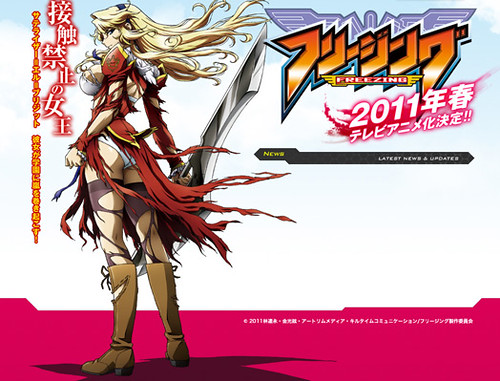 This series has more story than Queen’s blade, but doesn’t compare to Seikon no Qwaser’s (that and the copious amounts of fan service that can put exhibitionists to shame). Again, a remarkable amount of ‘anime-only’ material can be found within the series, but I guess its ok as I’m pretty sure most of the viewers were looking for something else. I do recommend checking the manga over the anime though XD 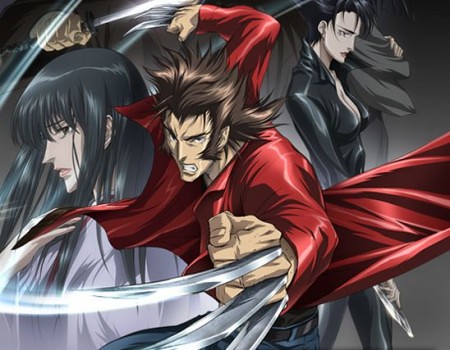 Well this one was expected to be an anime adaptation, but it was able to deliver somehow. The series is filled with 10-15 minutes of fighting per episode, so expect a really fast paced story telling here. Not a bad anime, but not astounding either. (This series makes me wonder how Wolvie got that much muscles in the XMen series versus this though) 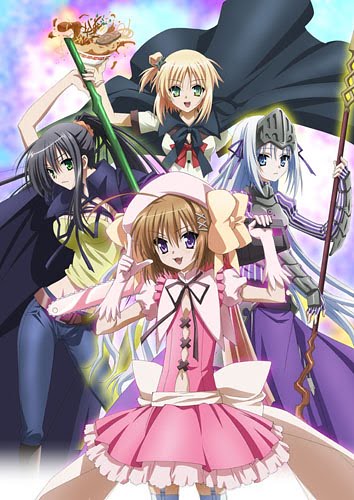 Probably the most random series of them all, KwZD is the anime to go to if you want a mix of both seriousness, and random fun. After seeing that last “Kiiku Janai!” comment, and the final scene in episode 11, I am hoping for a season 2 from this series. This series introduces us to a bunch of colorful characters from different backgrounds (vampire ninja anyone?) and they are fleshed out very nicely in the span of twelve episodes (and in more ways than one too ^^;;) 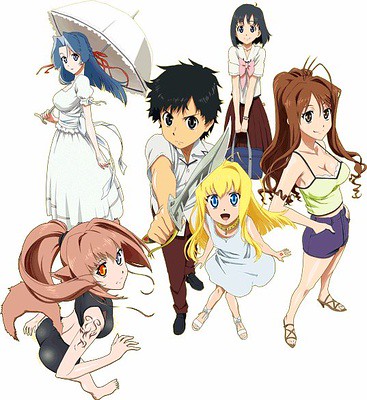 Okay, I have to say that this anime was able to prove me wrong. After getting over Rose’s incessant whining for Yuji’s Attention, this anime was able to prove itself watchable and interesting enough. I do have some complaints about how predictable the story was (almost a cookie cutter, but not quite), however the series had some surprises that can keep viewers watching until the end. This series still has so much potential involved that I can’t help think that there will be a second season in the works. 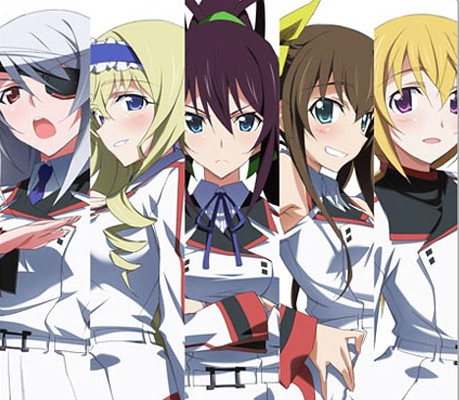 Both being a mecha and a harem genre mish-mash of sorts, Infinite Stratos is one of those series that makes you root for one of the girls (like Love Hina or Ichiban Ushiro no Dai Maou) and it helps that this series leaves us with generous amounts of fan servicing for the girls. The powersuit dogfights can also leave one impressed at the amount of work they placed in putting some life into IS combat. However, do not expect too much mecha action here as this series touches more on the romantic side of things. No gundam level of seriousness can be found here, but its still a very fun series to watch nonetheless. (I found myself rooting for Bri-tan then Char XD) 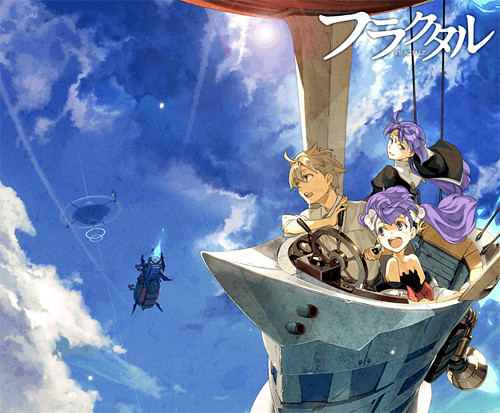 This really seemed like something that Studio Ghibli would’ve made themselves (and would be proud of), and that is no easy feat. Though Fractale started of as something that seemed whimsical, the story took a very serious turn once it was revealed what the Fractale system was all about. The amount of surprising revelations that the story writers placed here were very thought of very well, such as the reveal about our protagonist’s dad, and Phyrne’s origins. Also, Nessa’s voice actress seems to have been received well by both directors and viewers alike as I’ve been hearing her voice in two or three anime titles this spring season. Too bad, the series ended only with 11 episodes, and I was truly hoping for a 24 episode series because I have to say, this series was begging for more in-depth story development. Fractale is a good series to check out if you are into that grandiose epic feel found in titles like Eureka 7.

I was more interested with Accelerator and Misaka than Touma’s preachings and Index’s incessant biting.  Every time Accelerator appears, you know something awesome is bound to happen. Touma was only good for those ‘slice of life’ portions wherein Touma gets abused and is dragged into multiple situations filled with misfortune, often caused by women. Moving on, after watching the first season and the Railgun spin-off, I was very pleased at how this light novel series has turned out in its anime form (unlike a certain Flame Haze whose first 12 episodes were filler-ridden). I’m looking forward to a third season (or a second season of the Railgun) of the series and I do hope that JC Staff keeps up the good work.

Two words: Fabulous robots. If you like fabulously pretty men and fabulously pretty robots, then this series is destined for you. I do have to state that the series felt rushed near the end because they spent too much time fleshing out each character per episode. Despite the hurried pacing near the end, the series was still able to deliver a somewhat acceptable ending filled with three songs which almost felt like a tribute to Macross Frontier. I do think that this series would’ve been way better if it were a 50 episode format instead of 25, as it can focus more on the maidens 12 episodes at a time (or if they did a 6 episode per maiden, it might’ve been ok than what happened in the series XD). This series is a very refreshing mecha anime as it needs little backstory compared to plot-heavy titles such as Gundam or Macross. Then again, can you consider Star Driver to be a mecha anime to begin with? 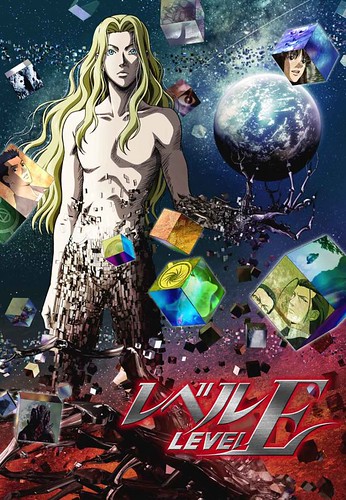 Funniest show this season, if Madoka wasn’t airing at all I would’ve chosen this as the best anime of the season. This season is one of the most funniest shows I’ve seen in terms of gags, plot and best of all the predictability level of this series is almost zero down to the very last level. Viewers are sure to be hard pressed in guessing what will happen in the next episode and the last few scenes DO NOT HELP AT ALL. Episode 1 and 2 were good indicators already where this show was going, and it was definitely headed into pure awesome comedy. Too bad it was overshadowed by the best show of Spring 2011. 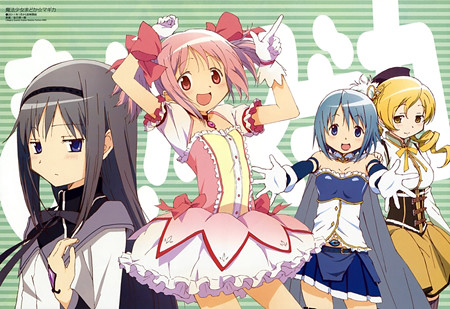 Tragedy piling upon another tragedy, is what this series can be best described as. Puella Magi Madoka Magica was successful in disrupting and breaking ground in the Mahou Shoujo genre as they were able to put REAL meaning as to what it means to be “an embodiment of hope” which Mahou Shoujos are supposed to exemplify. This series was a total surprise. Being Shaft-made, and the commercials kind of played this series down, but the moment I saw the first episode, I was interested enough (I have a thing against mahout shoujo genres you see). When I saw that Urobochi Gen wrote it, Kajiura was doing the soundtracks, ClariS and Kalafina doing the OP/ED sequences respectively, my interest level shot up to the point of me declaring that this will be one of the best animes of all time.

My favorite up till now is Clannad, but I guess Puella comes in of a short second or third. Come to think of it, I haven’t done a “my top 10 anime titles” meme of sorts XD.

I’ll be doing some introductory stuff again for Spring’s anime titles after watching the usual “three episodes before judging”. YOu can check out my post from the beginning of this season here.

So what shows did you utterly enjoy to bits last season? (or hated)