Once again, another successful event brought to you by the Philippine Blazblue Community. This is the first big event we’ve had for the year, and we were as certain as Darth Vader being Luke’s daddy, that we can’t allow January to pass by without having a big event of sorts. 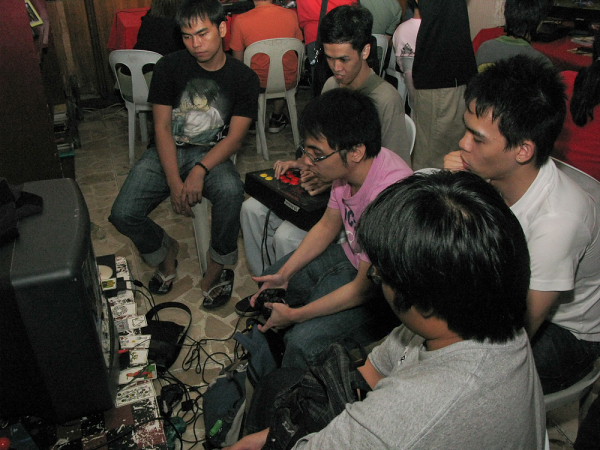 This time, instead of just having a Blazblue-centered event, we tried to test the waters and see how many people are interested in certain games, and the best way to do that is to throw a big casuals event, the biggest we’ve ever held thus far. 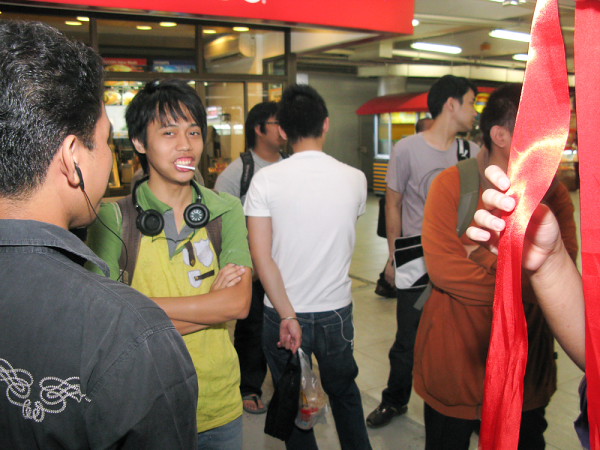 Morning started out with Ryan Dael, Arjel “Bert” Anicete, and me meeting up with people who came across from all over the capital to meet and play with other players at Ayala Metro Rail Transit. 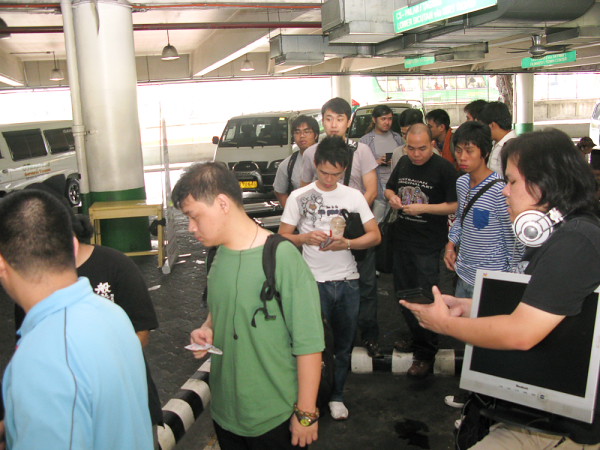 Luckily, we were able to hire a service vehicle that would take us to our destination (Sucat, Paranaque, Metro Manila). 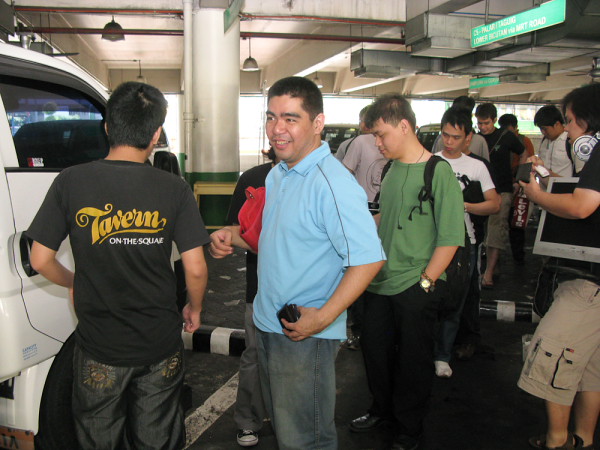 Didn’t expect that the number of people we’ll be picking up would reach around 18, including us three. 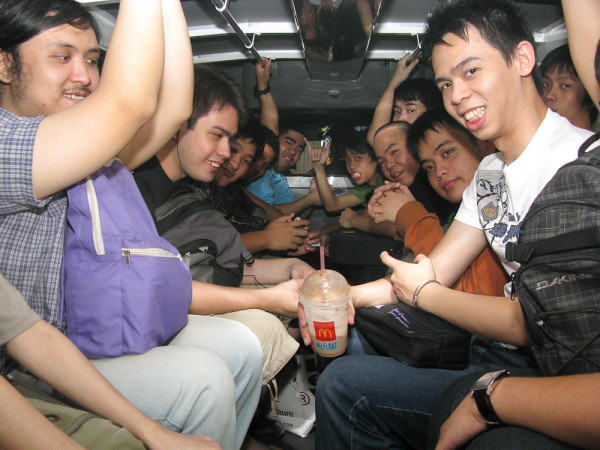 We were all able to fit, with me sitting on the floor lol. It was a real treat to be with gamers who were passionate about their games, and play with some of them. Some of them were Blazblue players, while others were either Guilty Gear players or Melty Blood players. 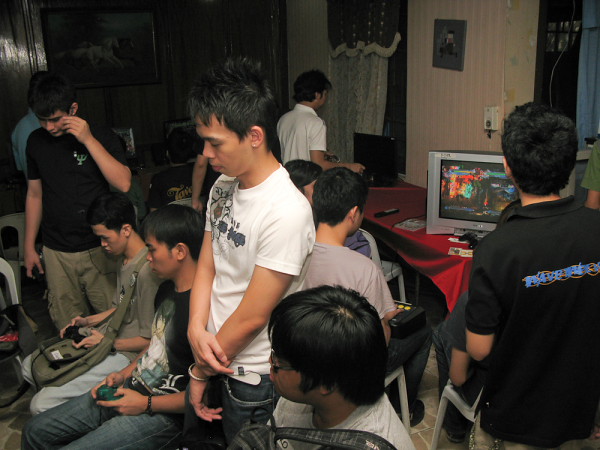 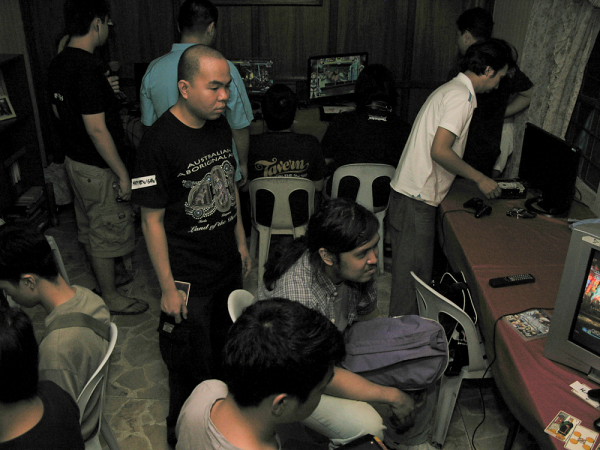 Event started the moment everyone paid for entrance, which is by far the cheapest we’ve ever charged (P100) since there was no tournament element in play during the event. Games consisted of Melty Blood Actress Again, Guilty Gear Accent Core, Blazblue Continuum Shift, and the new Arcana Hearts 3 which I’ve only touched once in my entire life. 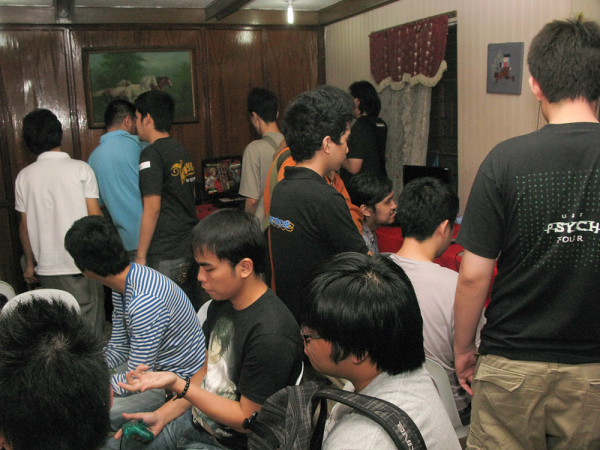 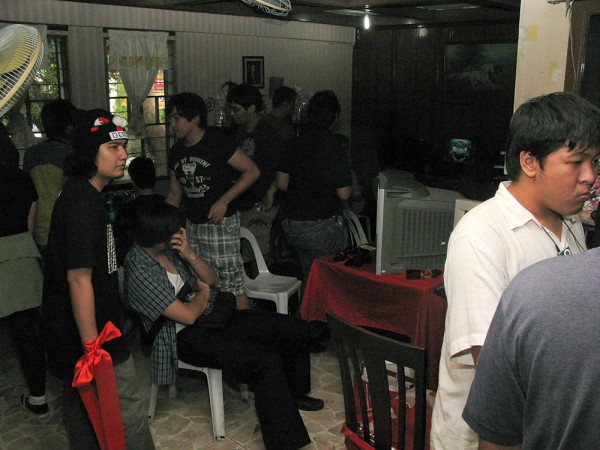 Place was absolutely packed as usual. Attendance spiked up to 41 players this time around, and this wasn’t a tournament yet of sorts. It was just plain casuals mind you. We’ve had three other events namely the first big casuals we’ve held, and the first and second ranbats. 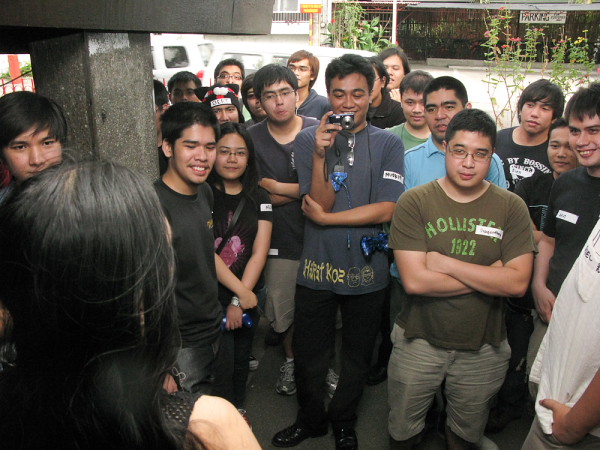 We started around three with the usual house rules, tourney rules, and small introductory speech which I am still nervous at delivering until now. ^^;; 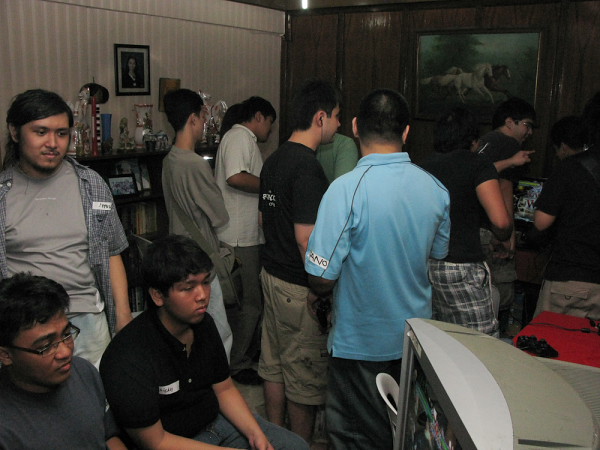 And the main event finally started with the Blazblue Continuum Shift Team Battle which everyone has apparently practiced for. I’m not kidding, everyone got way better than before, good job you guys! 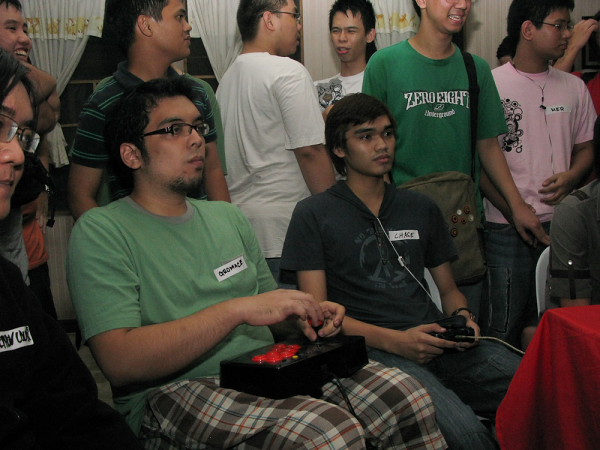 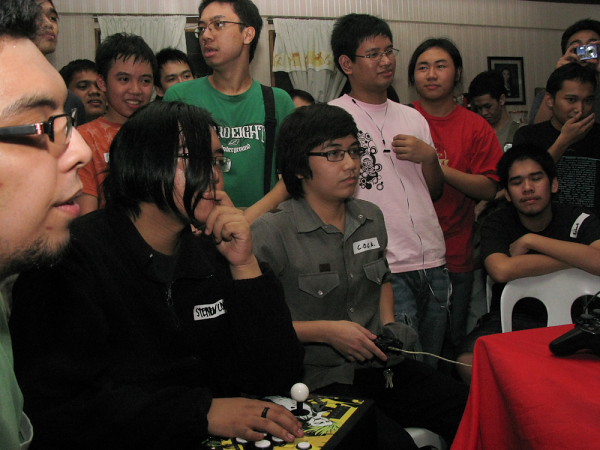 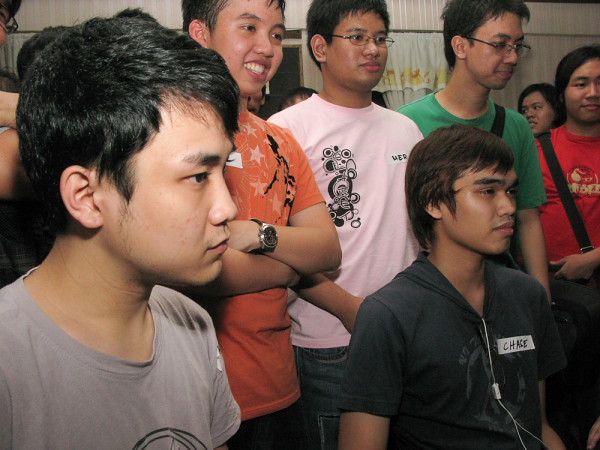 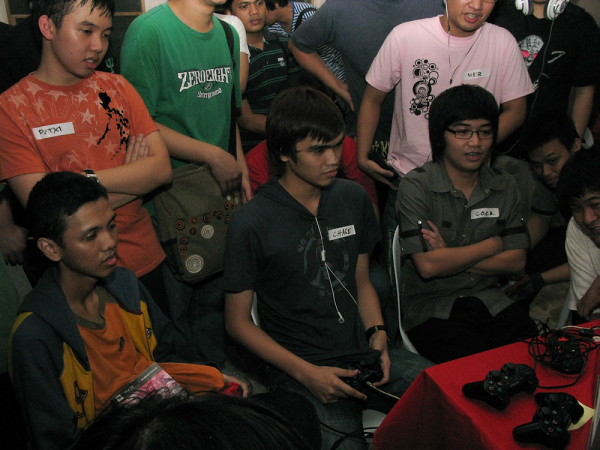 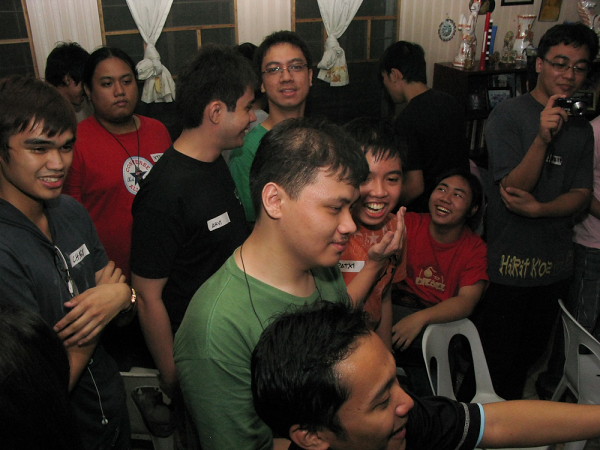 A lot of surprising upsets happened in the entire course of the Team Battles which made this entire game more exciting than it already was. And speaking of huge surprises, the fan favorite and the sole survivor of the winner’s bracket, the Dixie Dragons, didn’t win despite the absence of Nicole Escutin. But rest assured Bang fans, another Pro Bang was in the making here along with his Ragna-wielding partner. 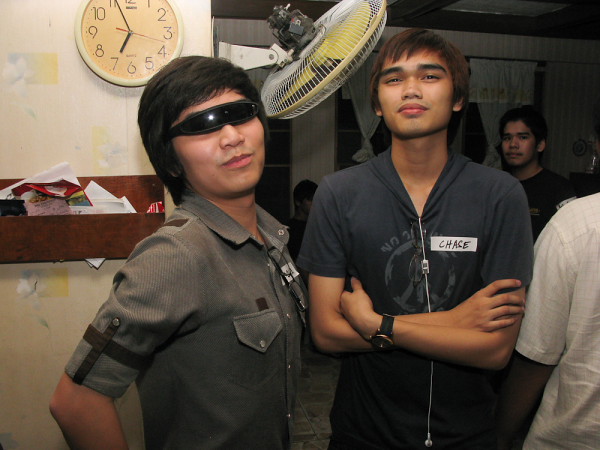 Team Arabian Cyclops, Gelo Morelos and Sherlon Villanuevah won the match with a record of having lost only once against Team Ronery Duo who used Hazama and Hakumen. As I said, so many surprises happened this day. Thanks Matthew Gaw for lending us your cool shades! 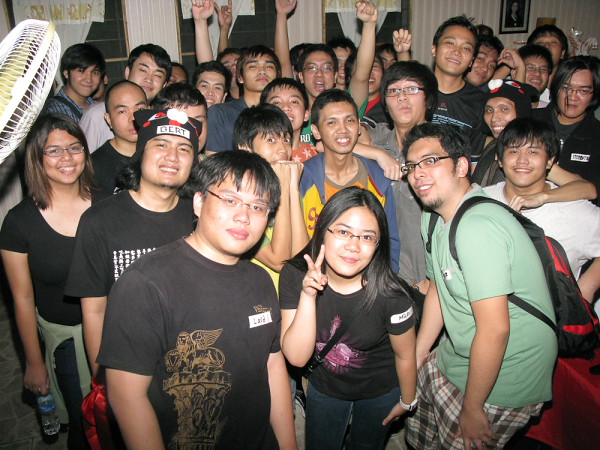 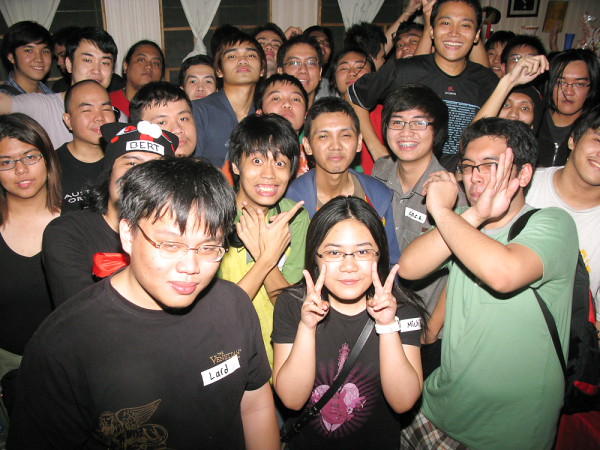 The usual group shot, we hope that everyone had fun and expect more events from us soon, like probably February 26, 2011 soon. 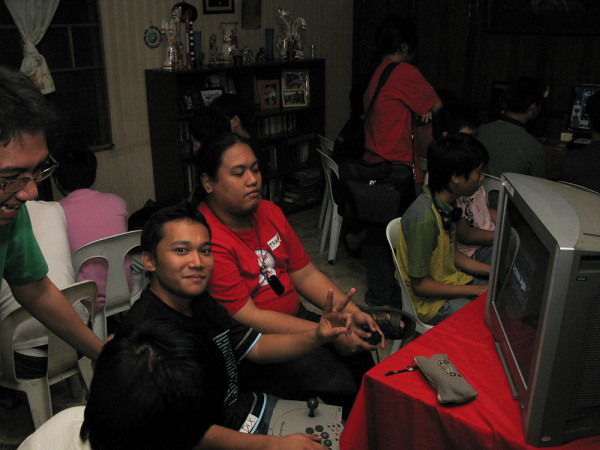 Even Dix, the bully, Padilla, approves of the event. Now before I go, here are the rankings for the teams for that day’s team battles. We’re team Mukoto BTA. I used Makoto and my partner Pete used Mu-12 for this event. Only used Ragna for the exhibition match, since I want to experience serious gaming with my main character, who happens to be a squirelly lady, just like the second ranbats.

And here are some of the videos which you could view including me losing to Matthew Gaw’s impeccable zoning Mu-12 and the Cyclops’ Bang Barrage.

Up next, Pinoy 2D Fighters will be having their Super Street Fighter 4 tournament together with a Marvel vs Capcom 3 test play on February 19, 2011. You can find pinoy 2d fighter’s first big casuals in here

OMG, after ten years of waiting, a new installment has finally arrived. I do hope that Capcom didn’t change much of system which made MvC2 one of the biggest hype’d games in American fighting game history.