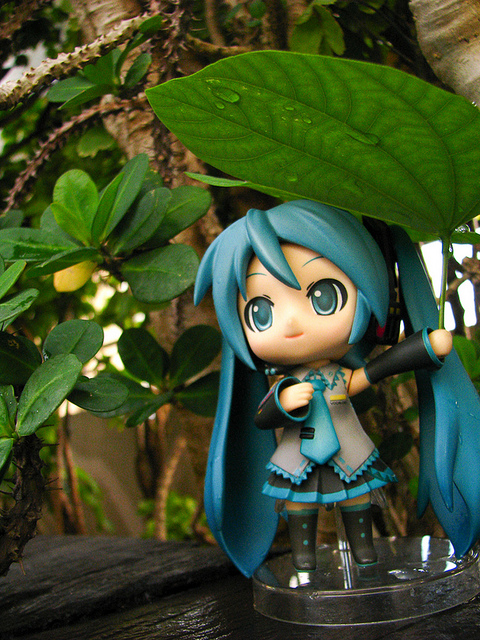 Well, that was a mouthful for a title. Despite not being able to get into the final 200 of the 5th GSC Photo contest, I still nonetheless had fun, and I have to thank my comrades Mark Santos, Pete Sison, Oliver, and Ryan Dael, who made my experience very fruitful. 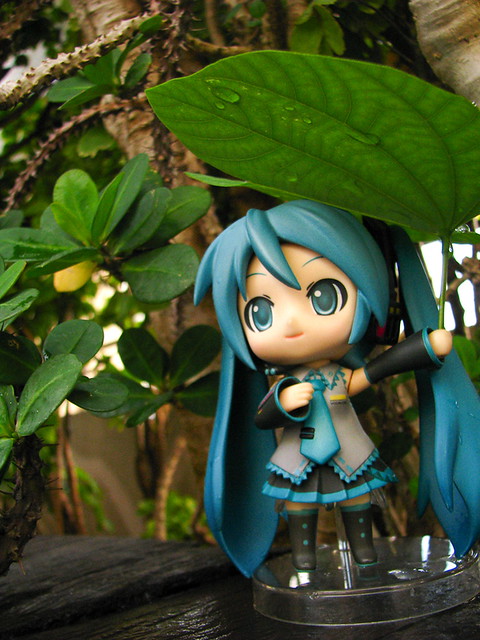 This was my entry for the photo-contest titled ‘makeshift umbrella’. It was drizzling that day so outdoor shots for us were somewhat limited, not to mention we didn’t know we needed some sort of permit to shoot in the garden park. 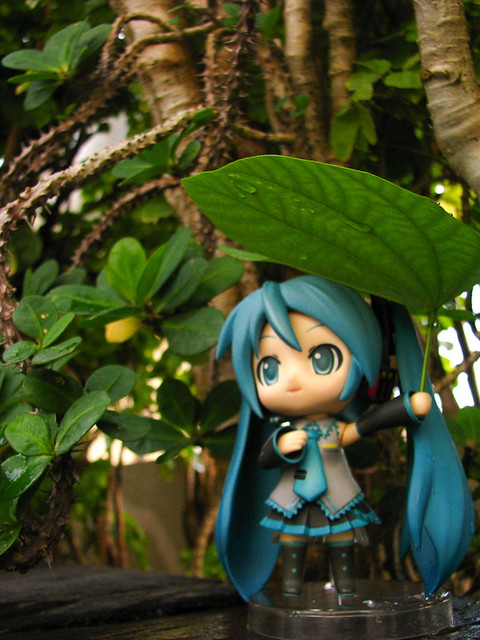 If this picture wasn’t blurred, I would’ve sent it, but time wasn’t on my side so better luck next time for me. I also made other entries to pick from as well because of the multitude of figures that was pooled for this event 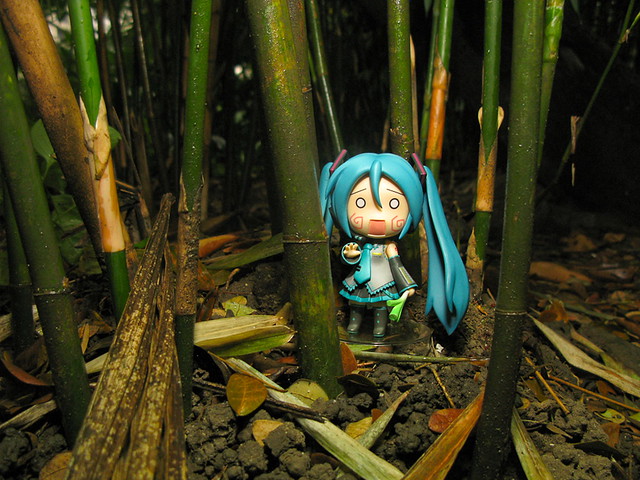 A Hachune has been spotted! The light here was too hard, but it does have some charm to it as well. I have to ask, how do you make your Nendoroids stand up without the stand? 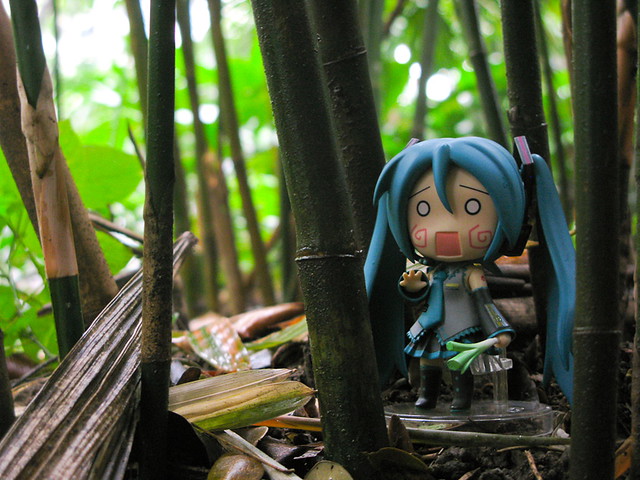 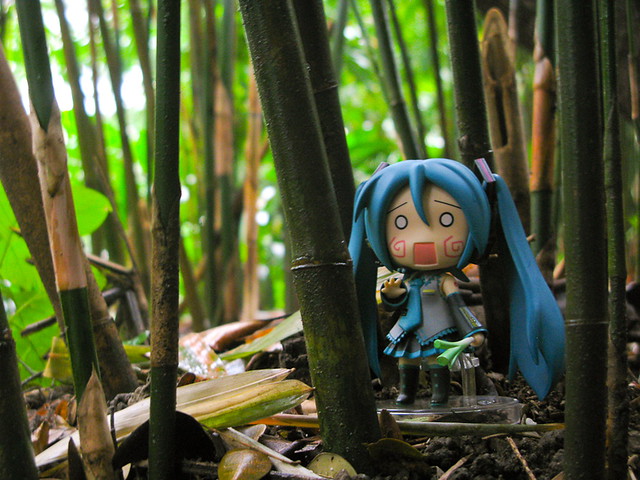 Decided to use a slower shutter setting to get more light. Some of my friends liked this over the one I sent, but I picked the leaf umbrella instead because I kind of preferred it even more than this XD. 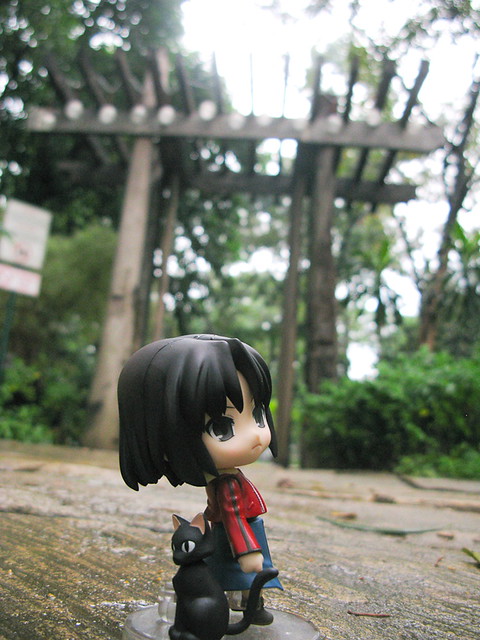 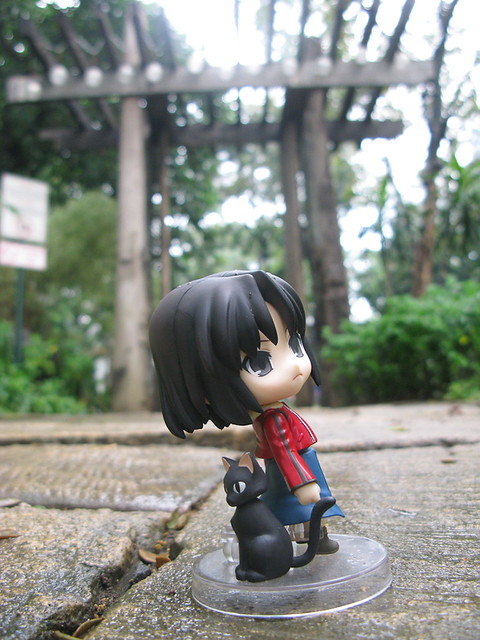 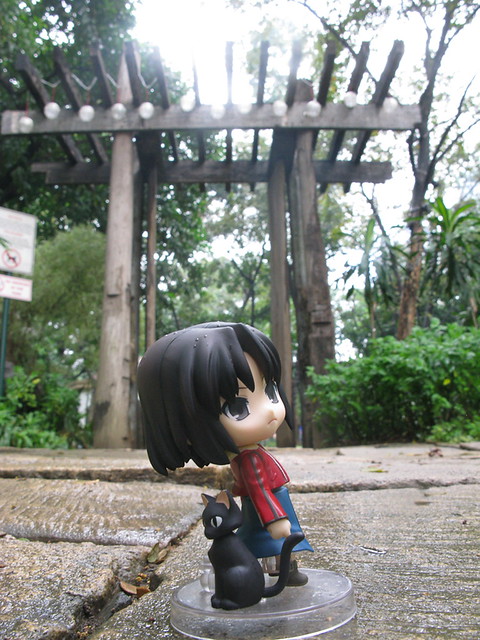 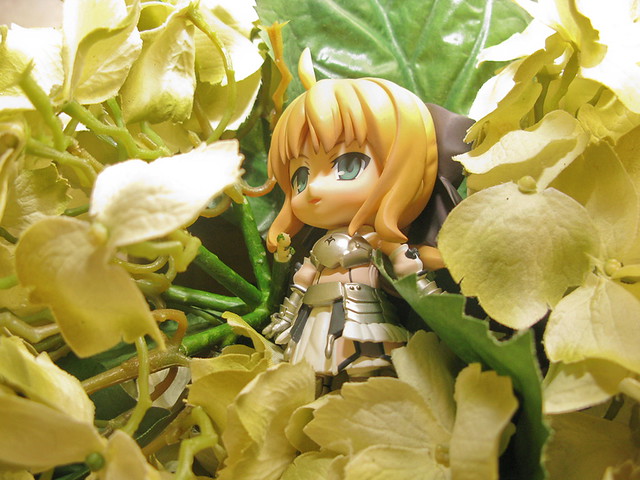 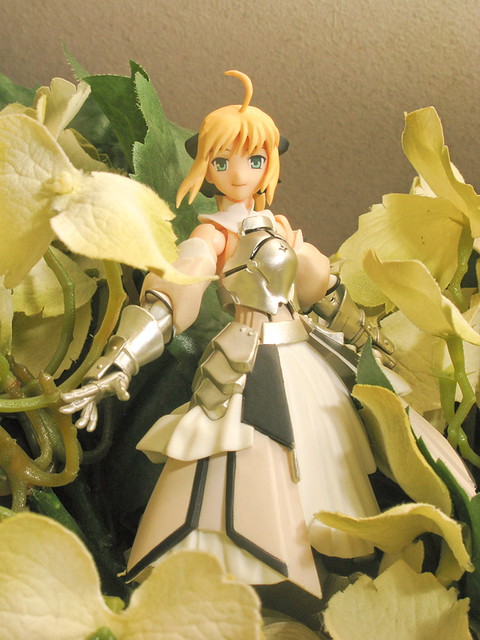 Tried out both Saber Lily Nendoroid and her figma counterpart, but I immediately abandoned the idea as soon as I realized that a lot have done shots that involve flowers in them, especially those that involve a Nendoroid lying down on a bouquet of flowers. 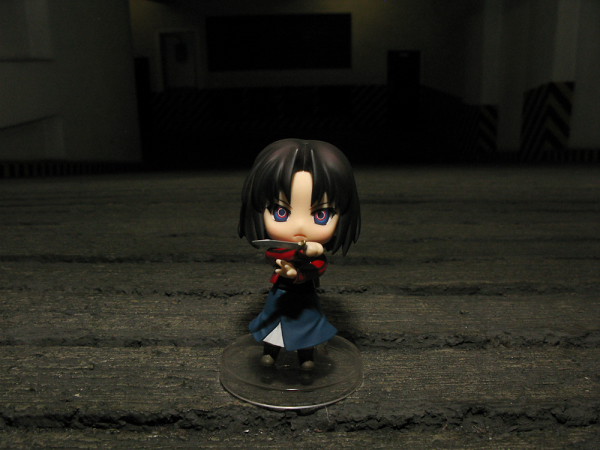 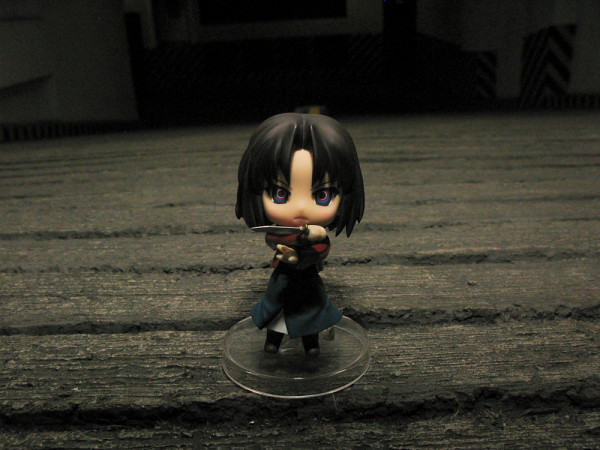 This one was kind of hard to edit, especially at 3am in the morning. The pictures gave me a few goosebumps while I was editing them Q_Q

I’ll be posting the entire photo op we did for this sometime this week. Did anyone get into the final 200? Congrats to Ryan and Miette-chan for getting in =D