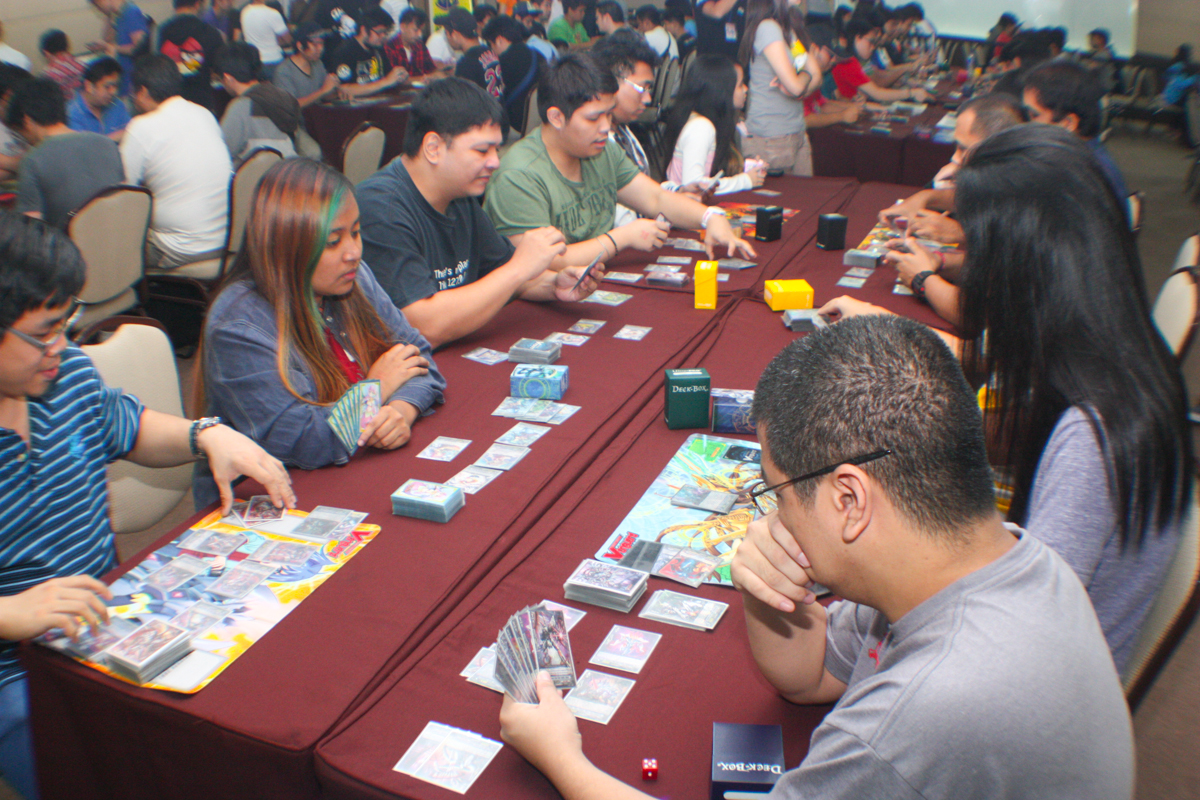 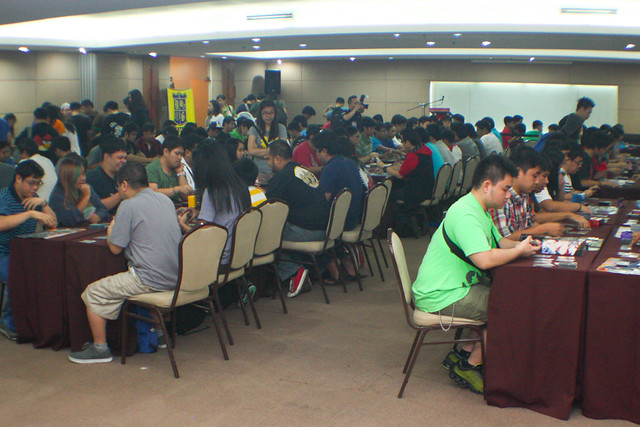 Tradeable Card Games have been in the country for quite some time. TCGs like Magic the Gathering, Legend of the Five Rings, and the like were pretty much widespread. I also used to play several card games before ever since I was a wee lad. Being part of this event was really nostalgic I must say. 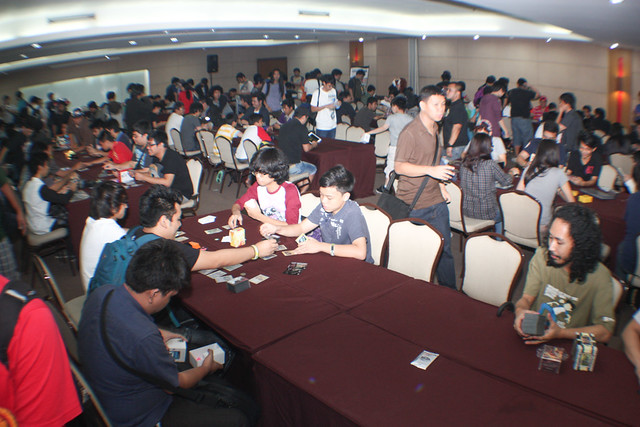 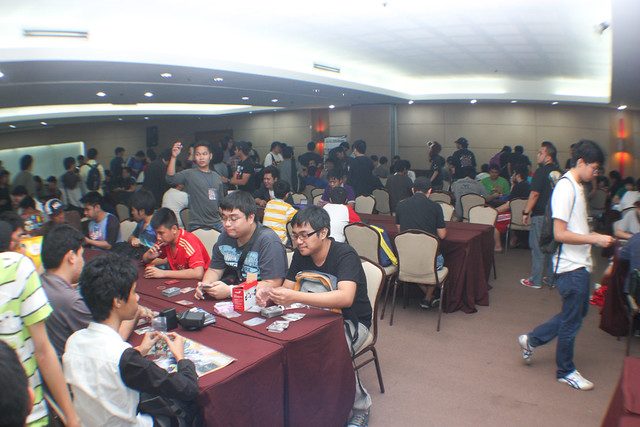 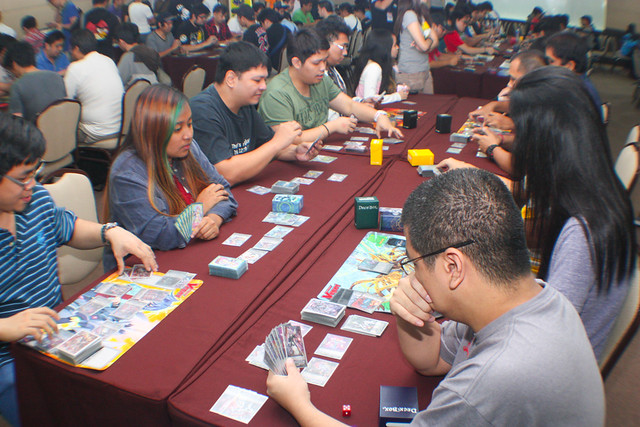 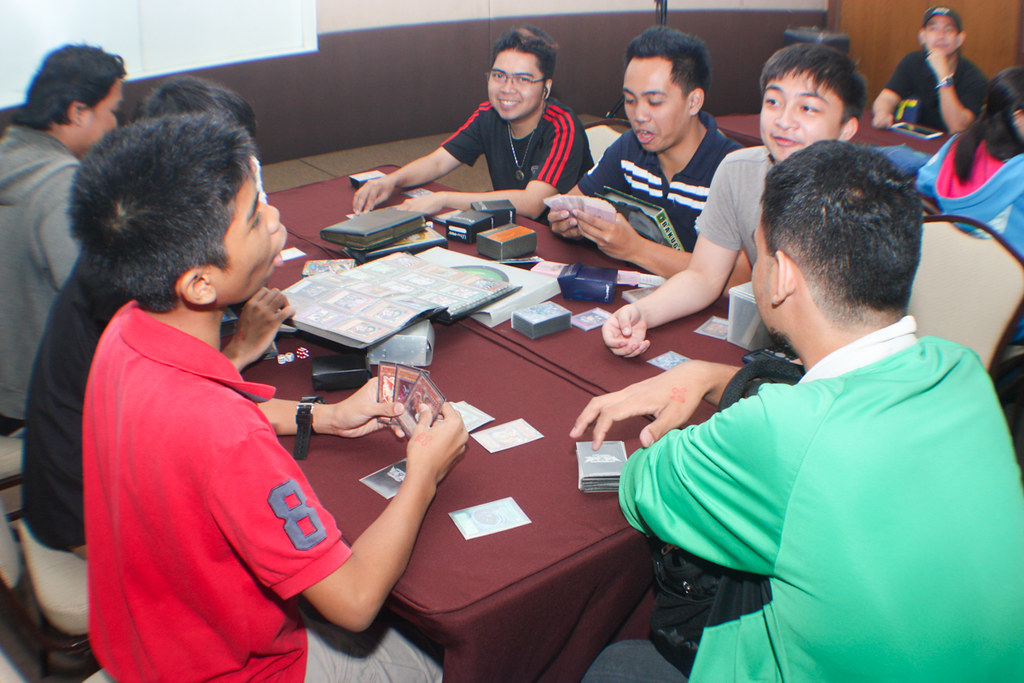 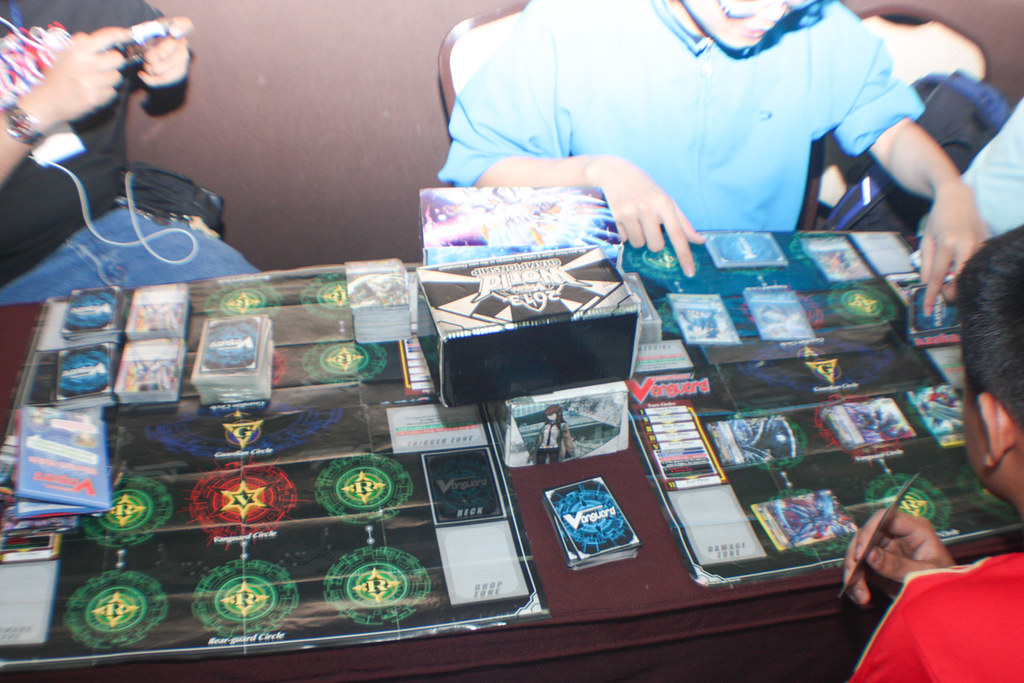 Each card game that was featured in the event had their communities present to teach people how to play their games. From what I’ve seen and heard, Cardfight Vanguard had the most number of people participating in the tournament. Around 80+ I hear, which was good because this goes to show how sustainable it is for the organizers and sponsors to support this scene. 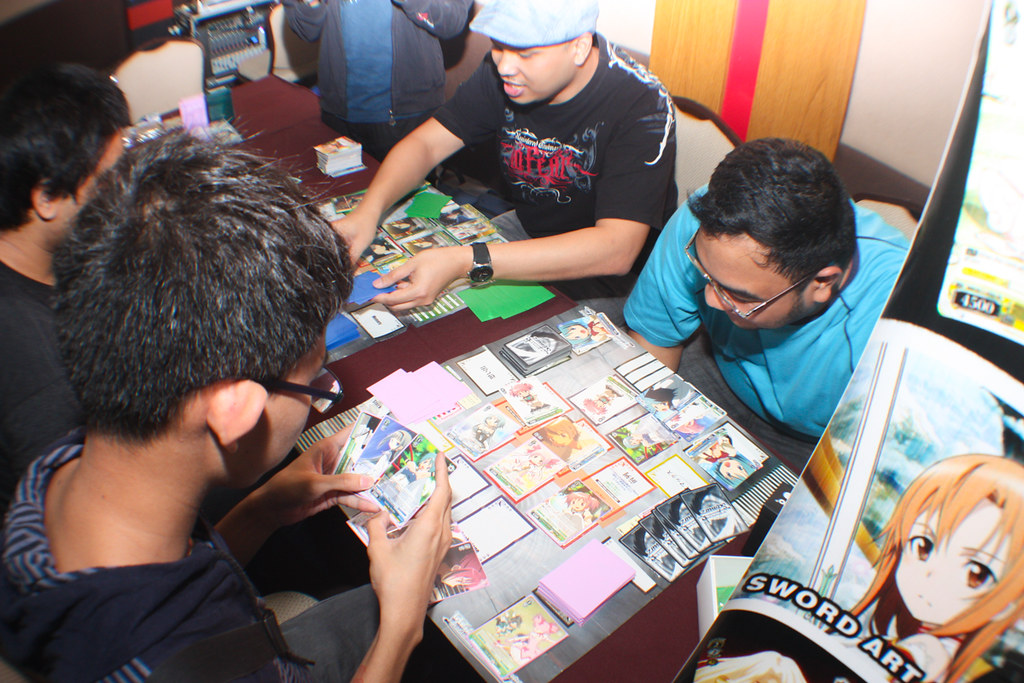 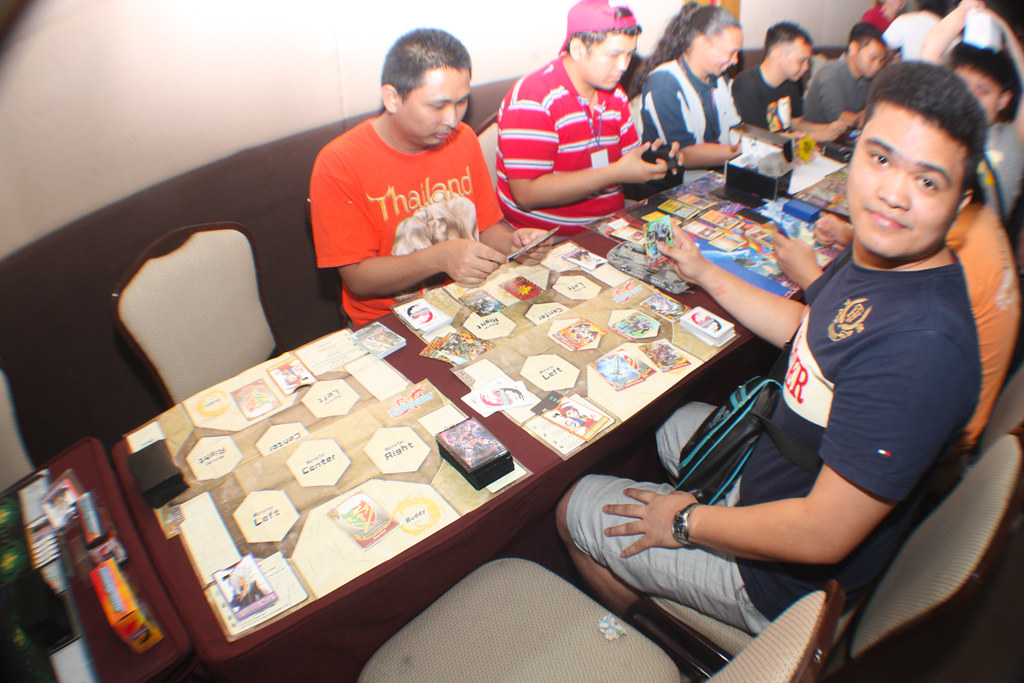 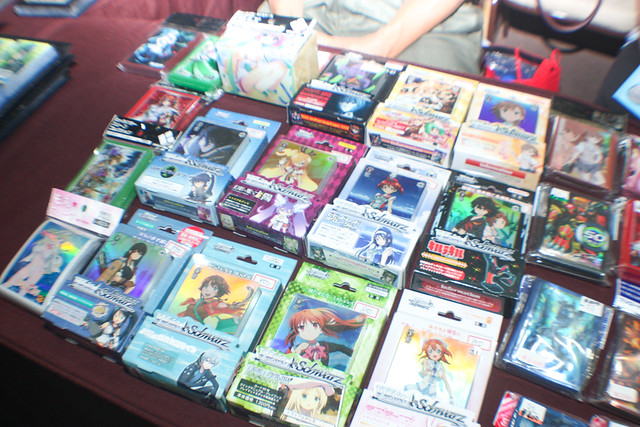 Aside from the players and their communities, card distributors selling various booster packs and boxes of cards can be found within the premises. Surprisingly they also sell cards with japanese print on them. Reason for this is because normally the japanese version comes out first before a localization happens. Players who want early access to these cards normally buy them and then they print out the english translated text. Afterwards they place them inside the card sleeves for ease of usage for both the opponent and the judge. 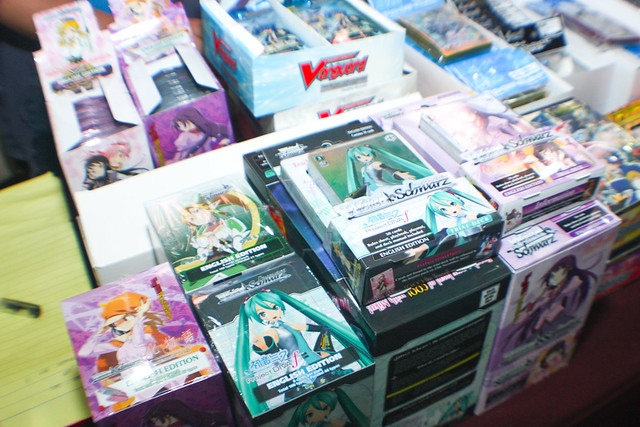 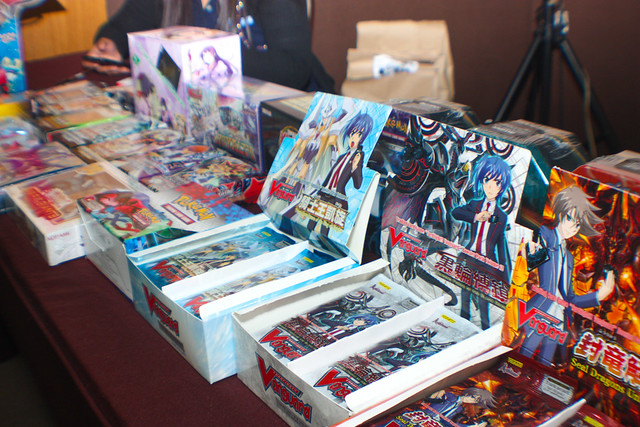 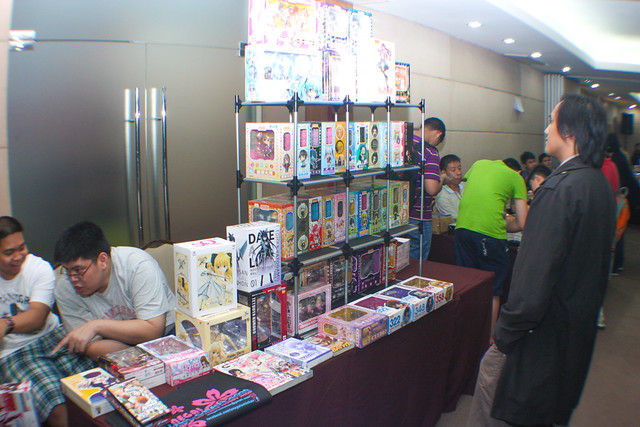 People who had extra dough and wanted to buy figures were very welcome during the event as well. Figure display group, Team Onii-chan, was also in the event to provide a squad of figures ready to be oggled at 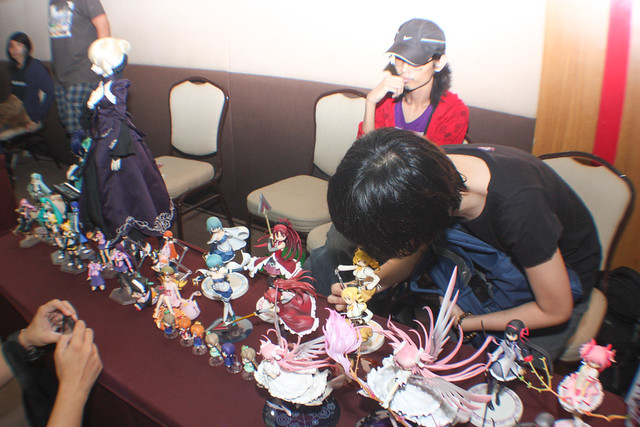 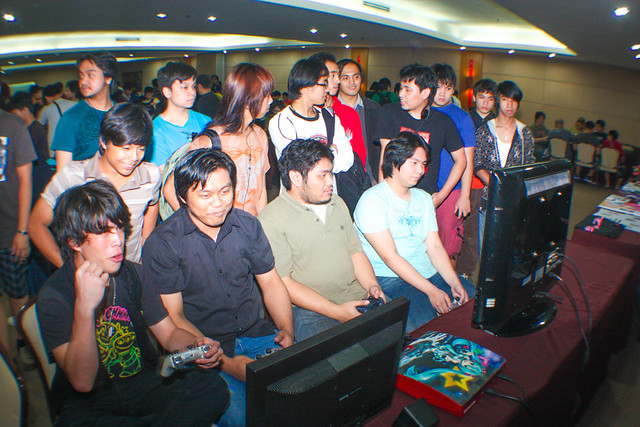 Finally, the group I am heading called ‘hotseat’ is included in the event as well. For ACGT, we decided to go with free games for everyone, particularly Gundam EX VS Full Boost. Currently, I’m letting other people head the booth since I’m busy with work and I’ve been pretty much under the weather during March. 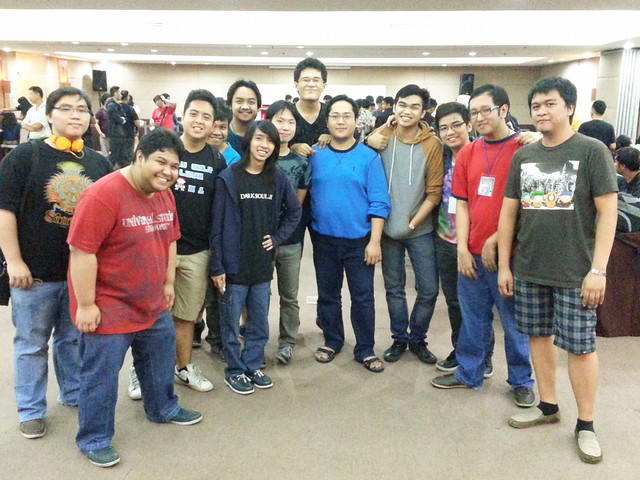 Guy in the blue shirt there is Riad, he’s a fellow Blazblue player who works in Saudi Arabia and came back to the Philippines for vacation and to play with us guys. The tall guy standing behind him is me ^^;; The person I left in charge decided to set up one booth dedicated for Riad so that other players can challenge him and his Noel so that they’ll gain valuable experience from playing with another player from a different country.

Event was a success, we’ll be in the next one again which will happen on May18. I have to say I completely enjoyed participating in this event, it was more laidback compared to the hectic pace of conventions so it was nice to just sit back and enjoy. Do you guys also participate in these type of events as well?