Before we give this figure away to the winner of tomorrow’s Blazblue Philippine Ranking Battle, lets take a quick look on the figure in question. 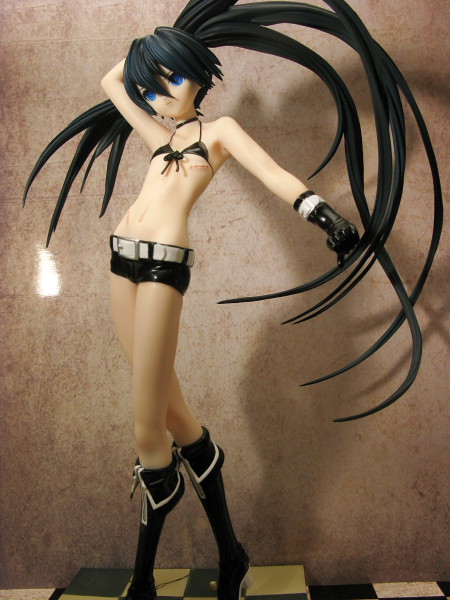 Manufactured by Good Smile Company, Black Rock Shooter is a character which was originally from a vocaloid music video illustrated by huke, who I’m sure is enjoying all the royalty fee he is getting right now (this AND Stein’s;Gate, the man is earning just by illustrating!) 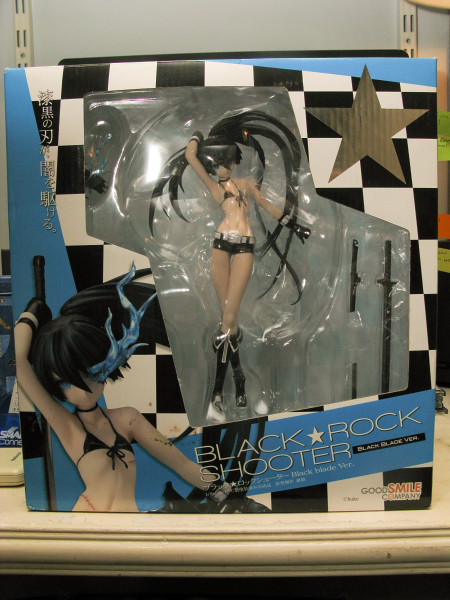 All the other parts are nicely tucked away here. I suggest not to throw away the little plastics that come with the figure as it protects the parts while its stored. 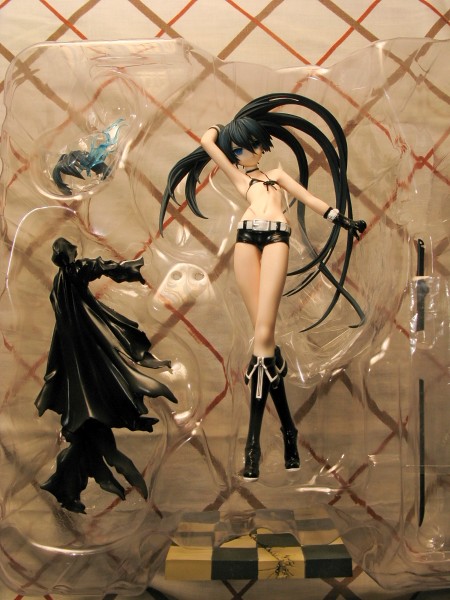 I find the Box pretty plain to be honest, it doesn’t look like something huke will come up with. Checkered black and white would perhaps be the best look for it XD 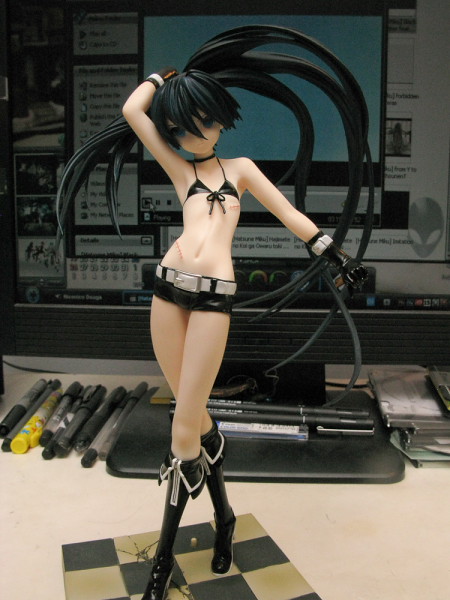 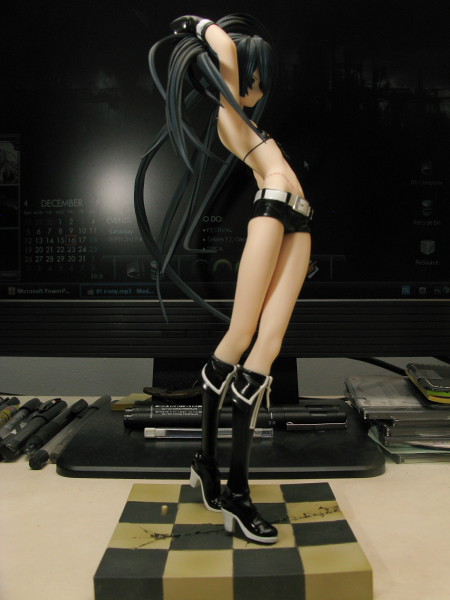 Tried taking pictures of the entire figure without the accessories to see if it’ll look just as good. 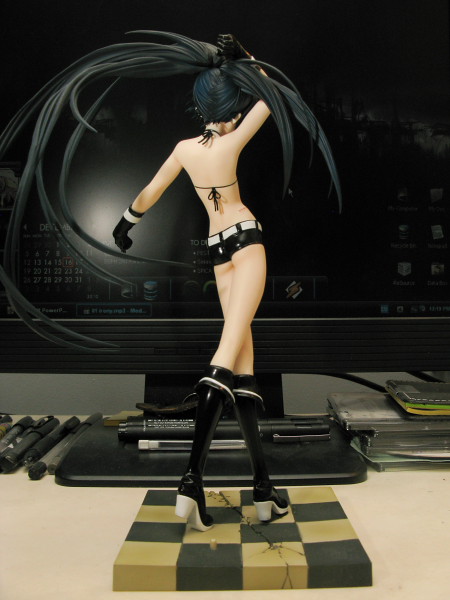 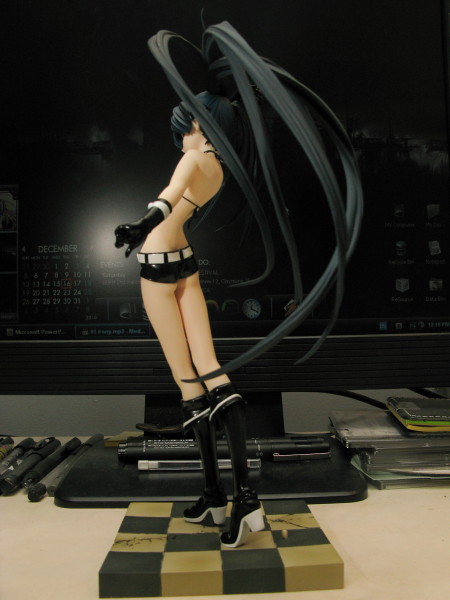 The amount of hair detail placed in this figure is extraordinary as I said, even without the accessories, BRS figure is still looking as beautiful as ever. 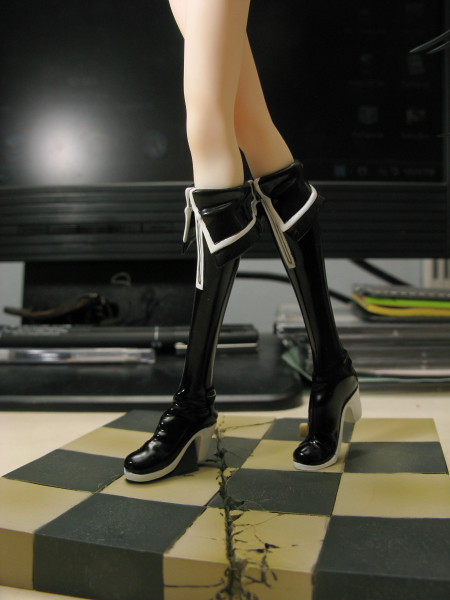 The base itself looks well made and decent enough to be the foothold of this lovely figure. The boots really looks nice and shiny there. 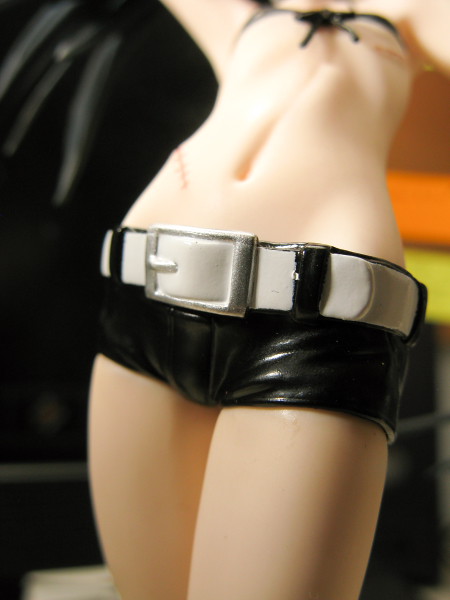 Even the belt was properly painted. But what really gets my attention the most is Good Smile Company’s amount of attention given to the hair nowadays to the point that my standards are now raised. 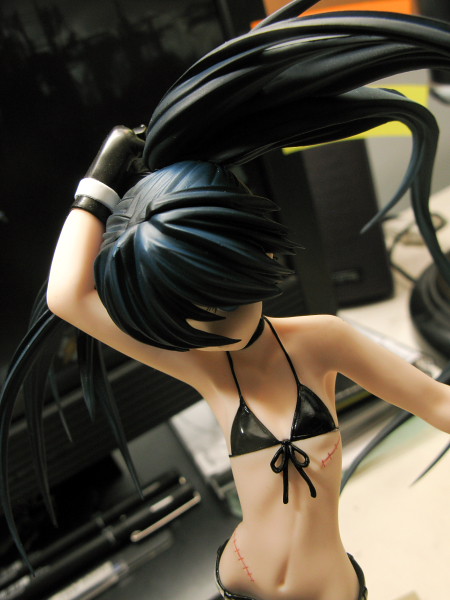 Speaking hair here is where you can remove our heroine’s hair part and attach the blue flame optional part which signals her readiness for battles. 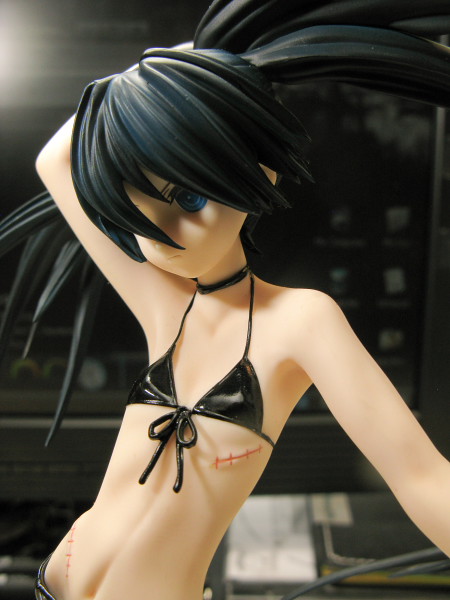 The eyes, scars, and even the ribcage were finely painted and sculpted. For around 8500yen, this figure sure is worth it. 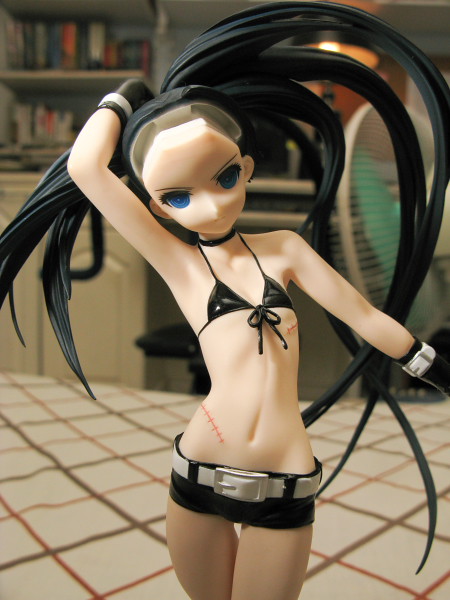 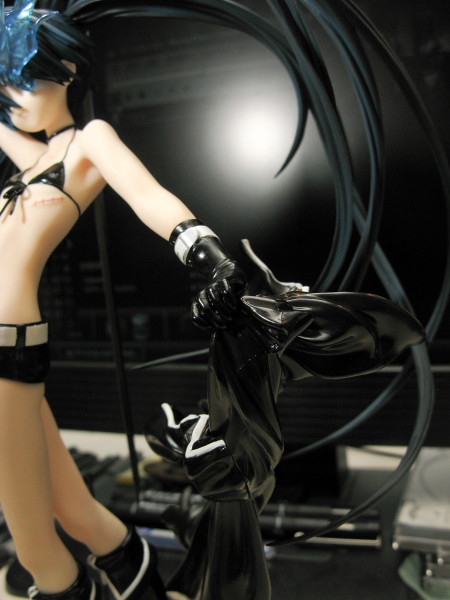 The jacket was probably the scariest to place. I was afraid of snapping the hair by accident while I was putting it in Q_Q 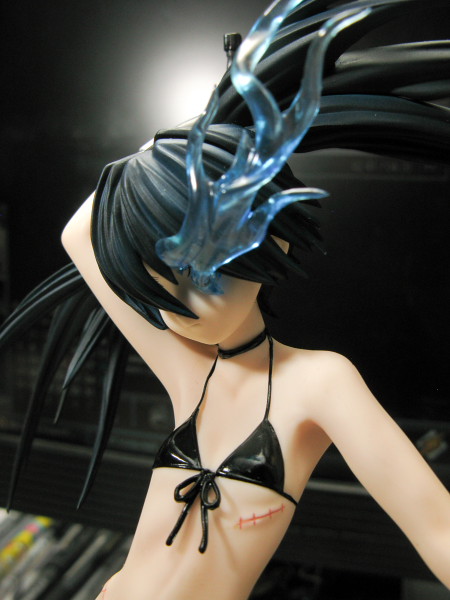 Finally attached the hair part with the blue flame 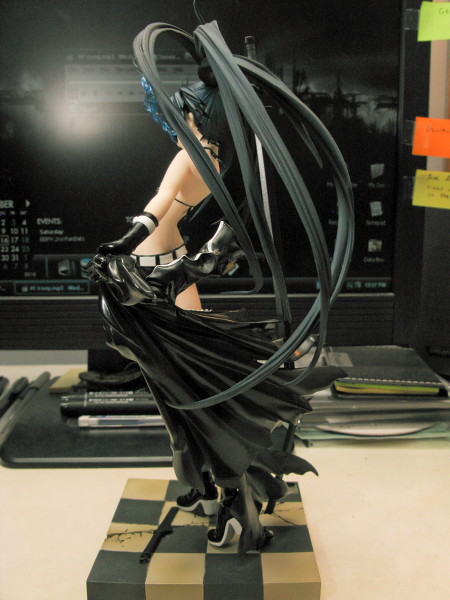 The jacket looks absolutely looks gorgeous after attaching it to the hand. 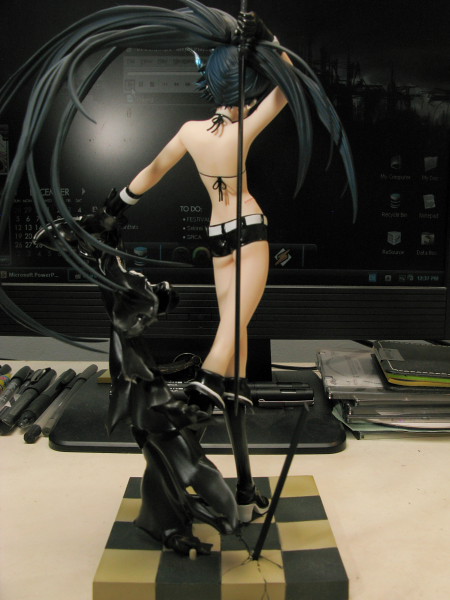 Even if I get to see BRS’s bare back, I still find the black cannon version a whole lot more appealing. 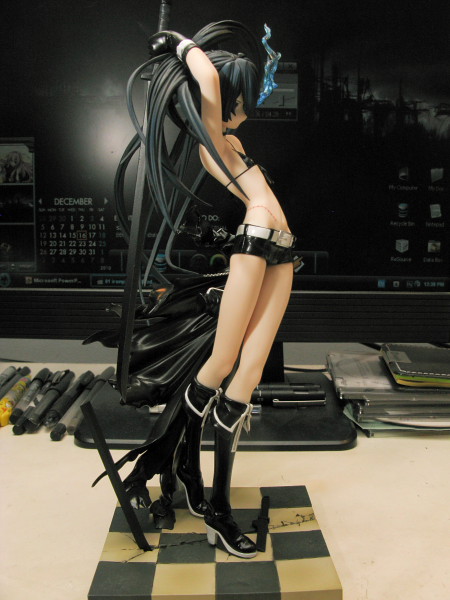 Still looking pretty, may as well try some shots from different angles. 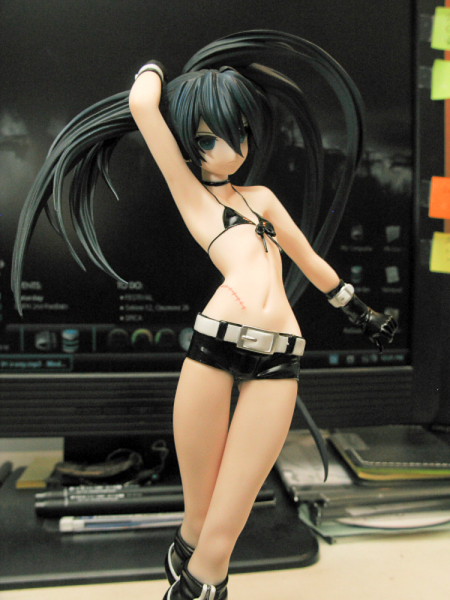 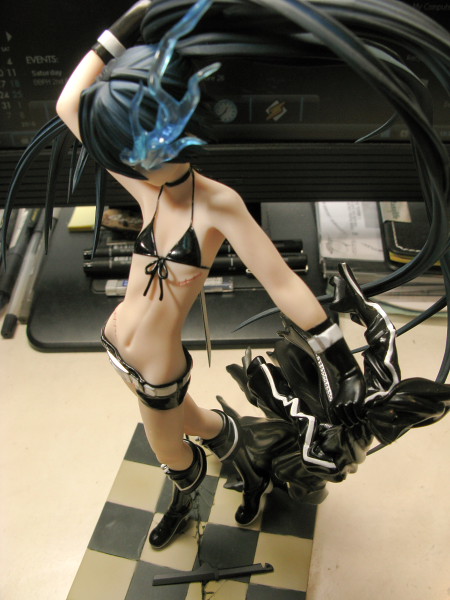 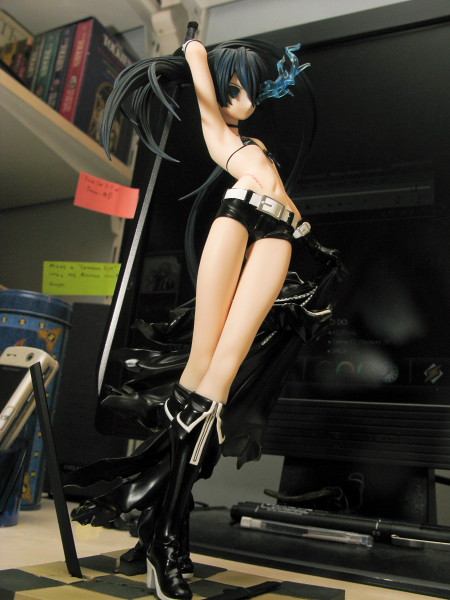 Well that ends my review at early in the morning, like 2am early. Hope whoever wins the RanBats enjoys the figure as much as I enjoyed for the past few days I had it as a its guardian ^^