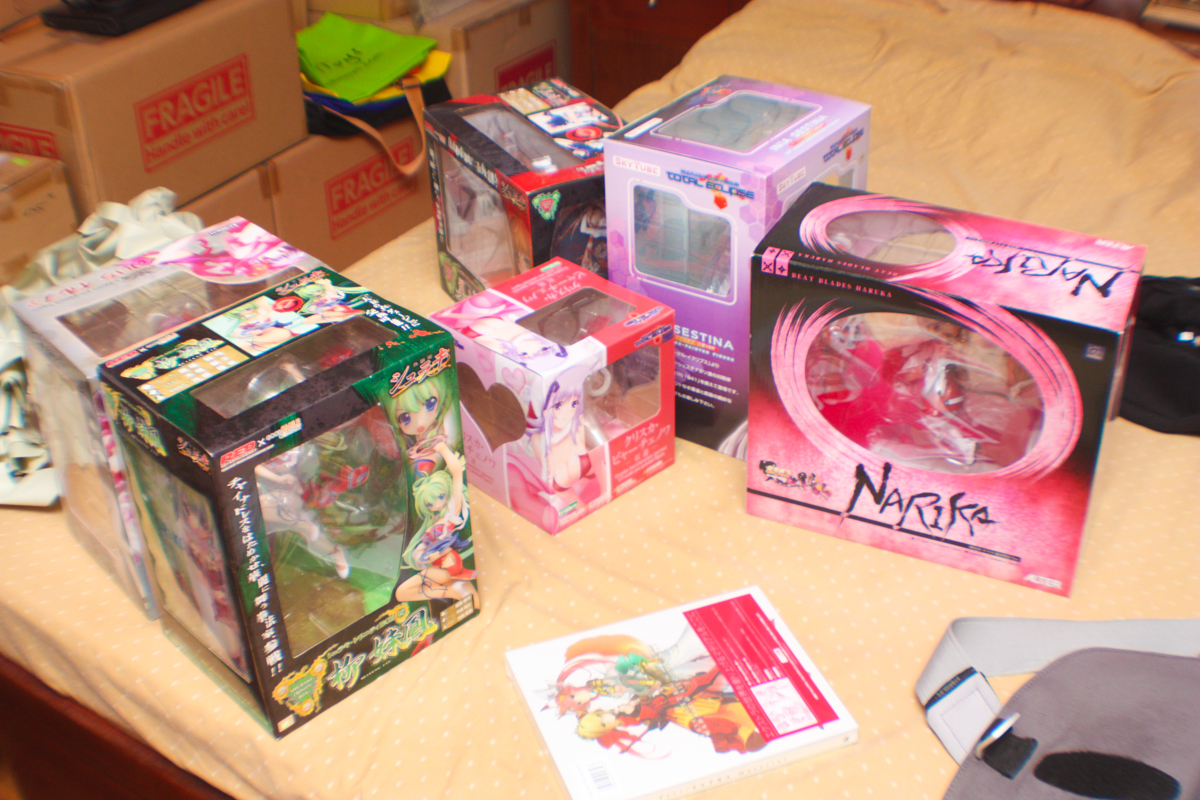 That’s a lot of stuff dropping from the sky. I wont be reviewing all these figures in one post lol (I don’t think I’ll be reviewing them first because two beauties from Kotobukiya just came). Instead, I’ll be talking about my preorder experience from Amiami. 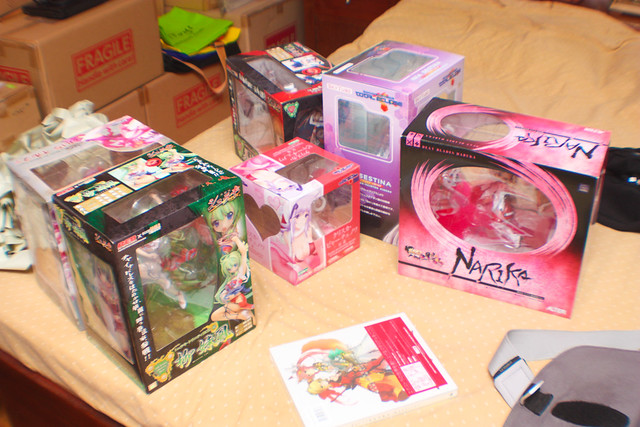 Aside from the artbook, I managed to snag a lot of good deals from Amiami lately. It’s my first time ordering preowned figures from Amiami so I thought I may as well share the experience by buying by the bulk ^^ 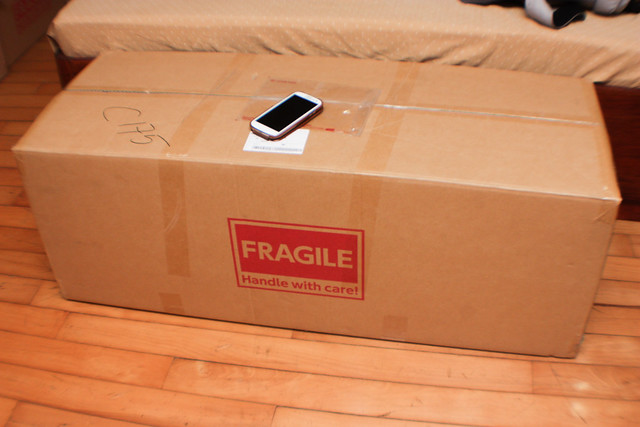 Yep that’s my coffin there with a Samsung S3 for scale. That’s mostly paper though. Amiami places a lot of paper cushion and bubble wrap to keep your goods safe even if they’re second hand mind you ^^. You can also opt to check their website here as well: http://www.amiami.com 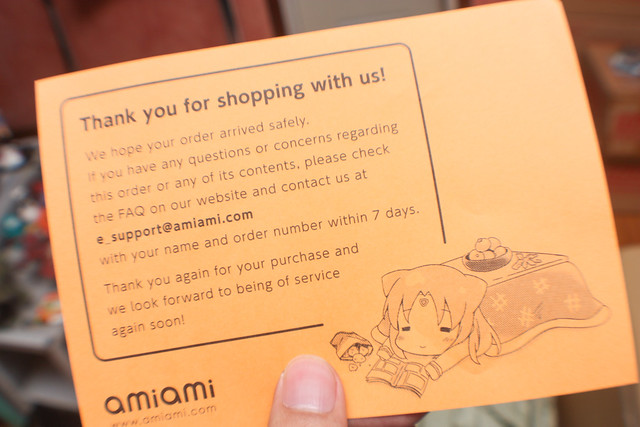 Amiami also sends small notes of thanks. Nowadays it’s postcards with their mascots on them.
Funny thing about this purchase is that it started with just one figure, but since I felt buying a figure and then having to pay for shipping, customs, etc will tantamount to having another figure, I’ve decided to just buy more figures. 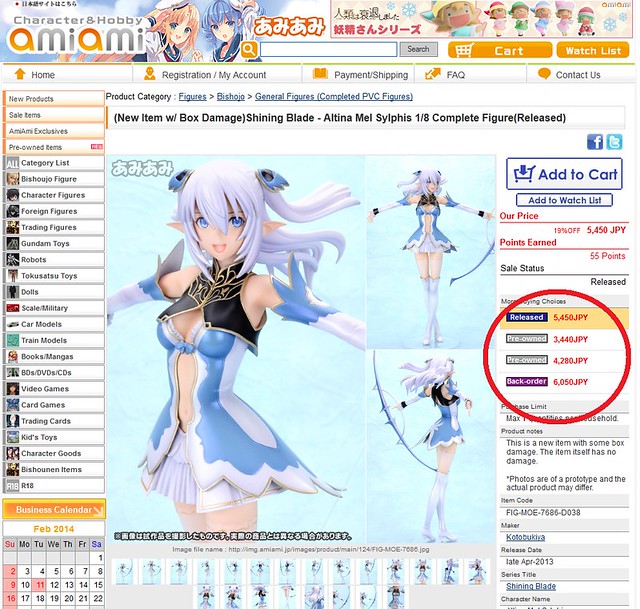 Amiami normally replenishes their stock of preowned figures around 2pm japan time. I do suggest to keep watch because there are occassional hard to find figures that pop out at a discounted price. Speaking of price drops, look at those prices for the Altina figure from Kotobukiya. Sorry if the images stretched on your side, been trying out some css stuff XD 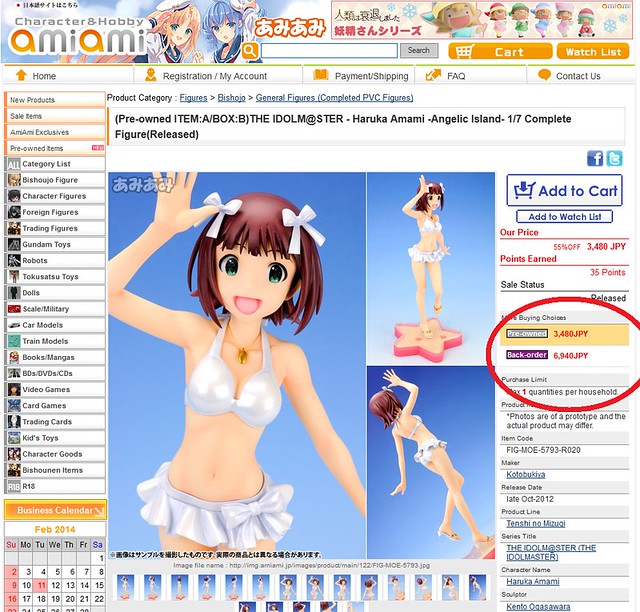 Of course the quality of figures are proportional to the price. Amiami grades them where S is brand new, A is “as good as new” and C is acceptable but some parts may be missing. J is unacceptable. From my experience, and according to some of my comrades, B is almost as good as new when it comes to quality, but I guess the consumers in japan are pretty meticulous when it comes to their figures. A small paint transfer can lead to a figure being ranked to B. THAT sort of thing. 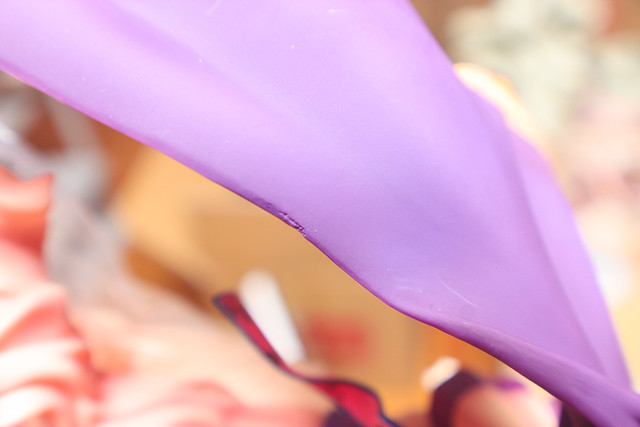 Like this small small damage from the Ilfa figure I got. This is a B-rank item in terms of quality and is priced at 2,500yen. The damage is pretty negligible since the cape is behind Ilfa. 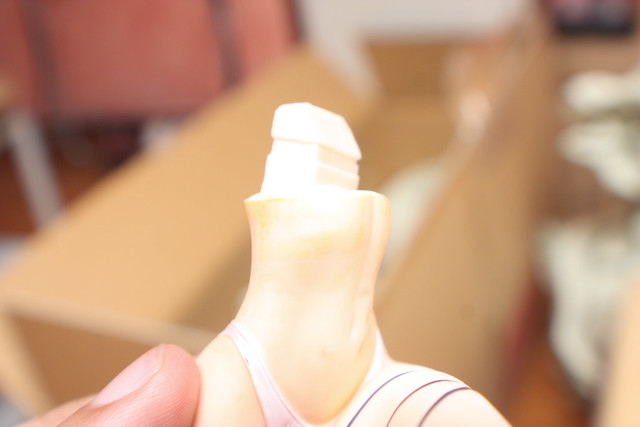 Also got a Shuraki Trinity figure from Good Smile company. Problem with this cast off figure is that there has been paint transfer. I’ll need to use diluted acetone/paint remover to get this off without damaging the figure. Luckily we have figure repair/cleaning services here in the Philippines so I’ll probably ask them about this ^^ 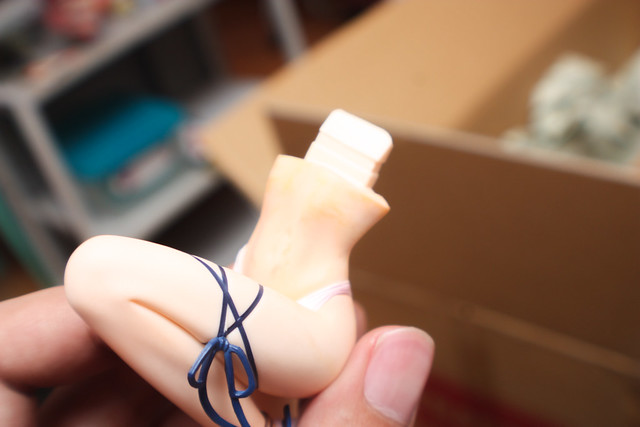 Of course the thing with preowned figures is that sometimes you don’t know what the damage is. So it’s sometimes a game of chance. So far I’m satisfied with how Amiami does their checks. Mandarake’s quality grading seems to vary per branch. It might be because the grading system isn’t centralized compared to Amiami perhaps. Mandarake has the edge of variety though 😛 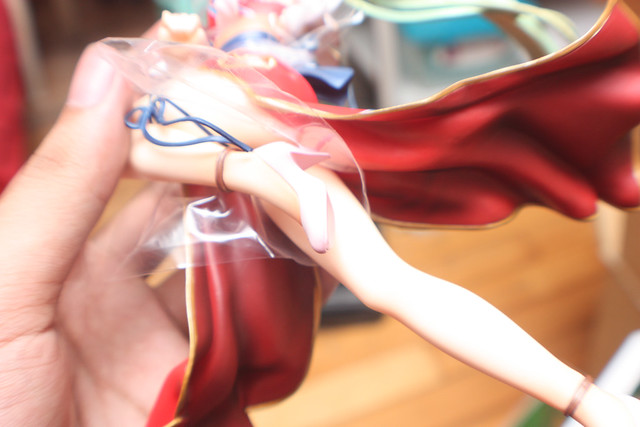 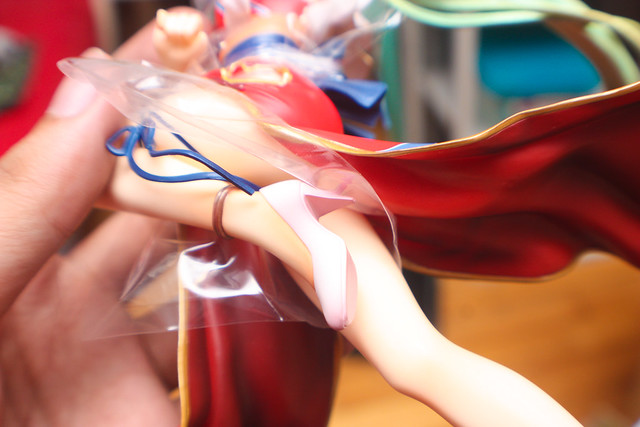 Sometimes figures with white paint tend to turn violet overtime due to sun damage. Chemicals within the paint will react to heat overtime, giving the white paint a pink/violet hue. Personally I can ignore this because this figure is prices at 2,300yen as a preowned product. Restoration is a cheaper alternative since it’s only paint transfers and discolorations. Truthfully I can live with the white discoloration provided it’s not THAT prominent. 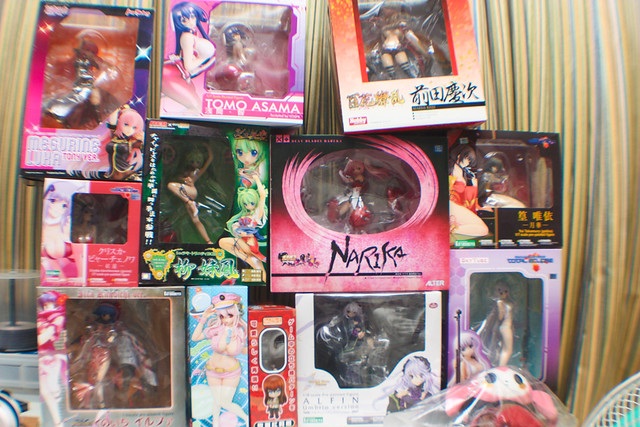 This is all the preowned stuff i bought as of late including brand new figures. All of this I opened up for inspection. Running out of space to put them in, and to be honest I don’t have a as much time to shop for shelves or even open them up from their boxes ^^;;

How about you guys, any experience with preowned figures?