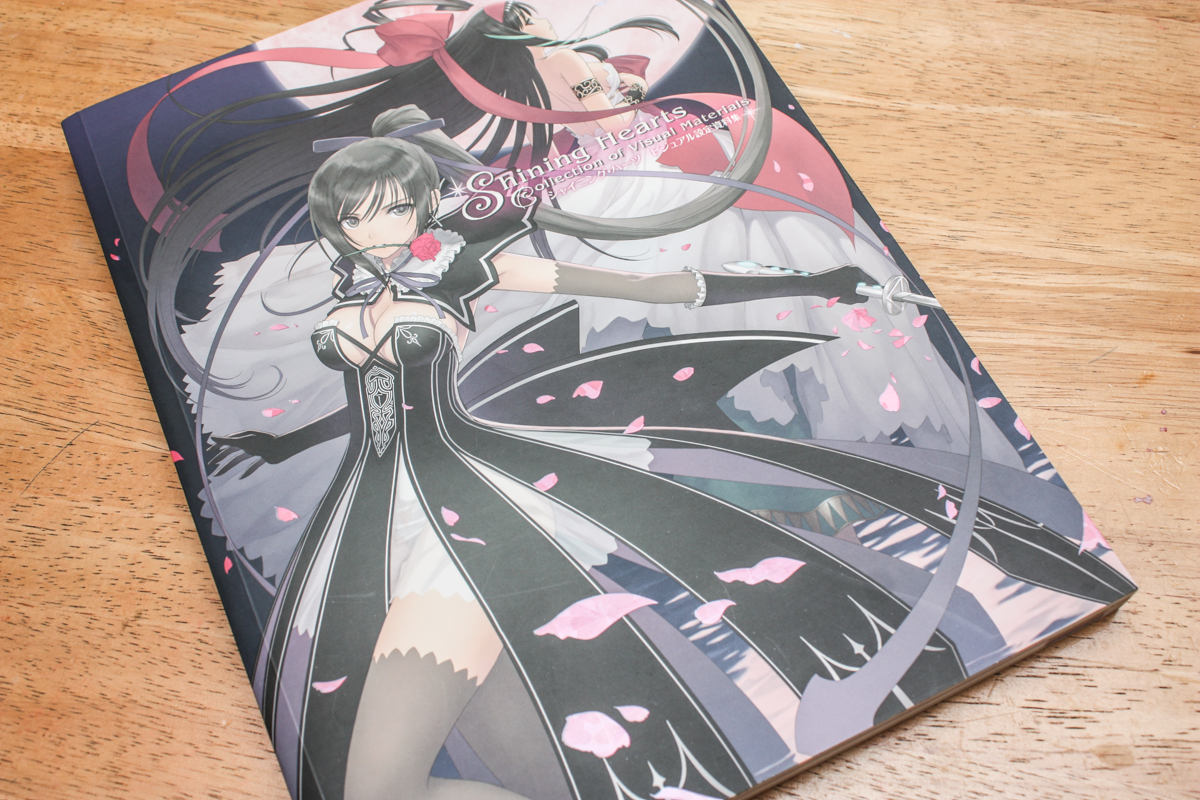 After a long while, I’ve decided to buy a couple of artbooks. I enjoy looking at the works of artists and game designers, along with learning the though process which they came up with to arrive at that final work of theirs and learning something from the Shining team and Tony Taka helps me learn insights which I can apply in the future. 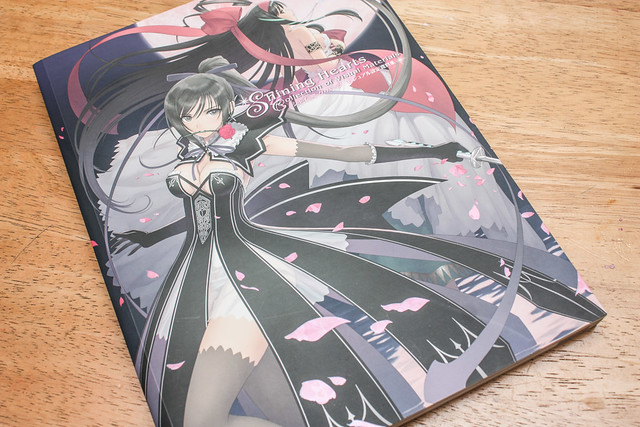 I’m not exactly a fan of the Shining series since most of them aren’t localized. I only bought the book because it looked interesting and Tony Taka drew them. Though a lot of people do complain that T2 has the “same-face syndrome” among his characters, I still find his character designs to be interesting.

According to the book, Shining Hearts was supposed to be an RPG that was slow-paced and something akin to a slice-of-life game. Bread and baking play a huge role in this game apparently. 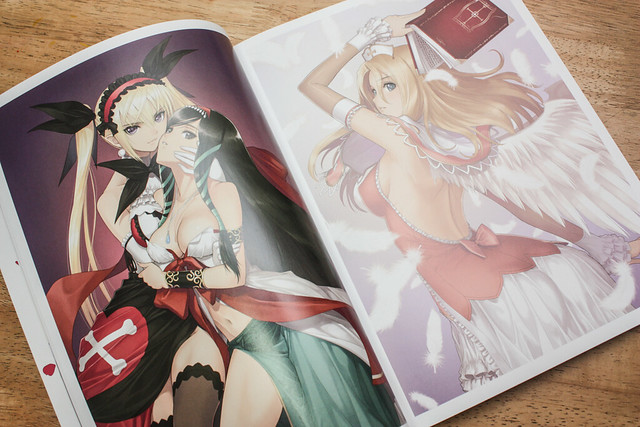 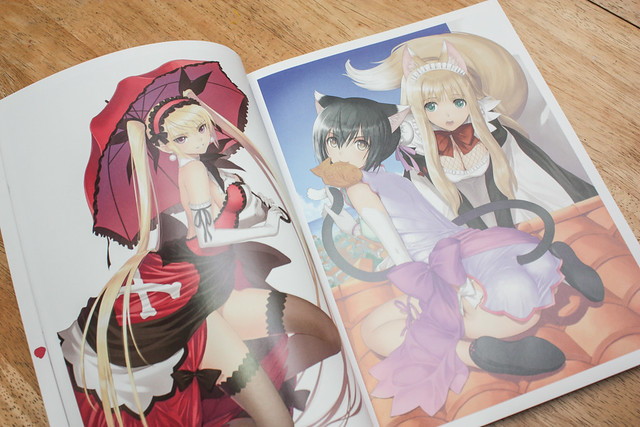 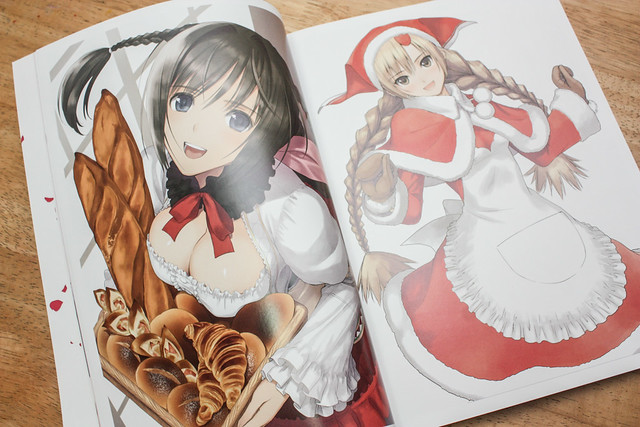 I’m sure a lot of people would like to have some loaves of bread too at this point ^^;; 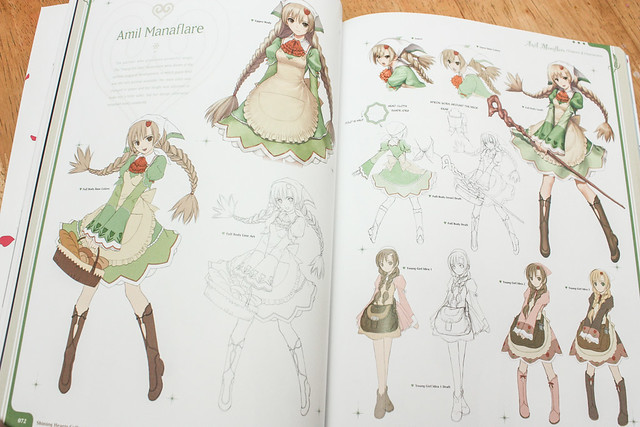 Aside from the usual collection of art from their promotional materials and event CGs, the artbook also features some lineart. Personally I’d love to see some rough sketches of the characters. 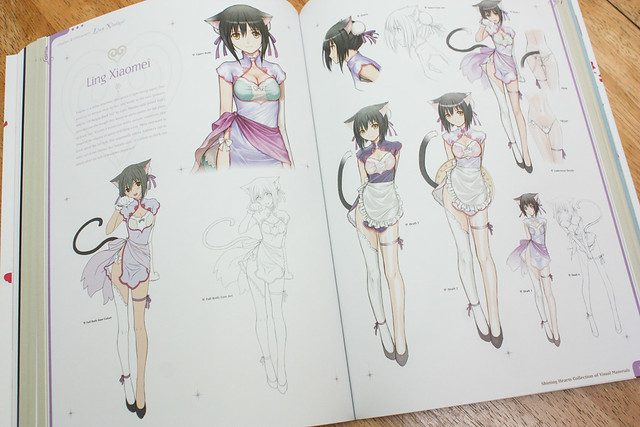 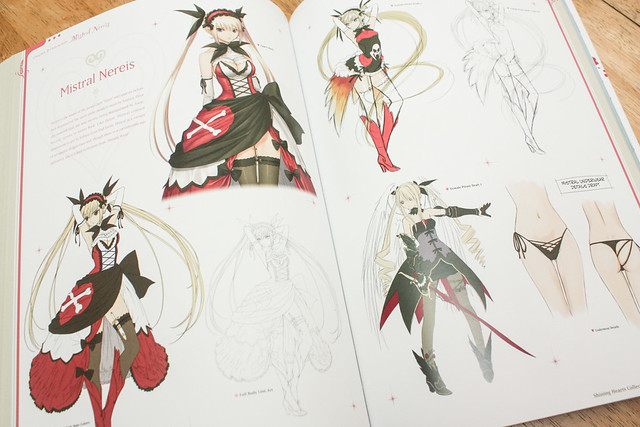 I’m obviously biased towards Xiaomei and Misty. Out of all the characters I appreciate them the most as it’s not the usual designs that I’ve seen in T2’s previous works 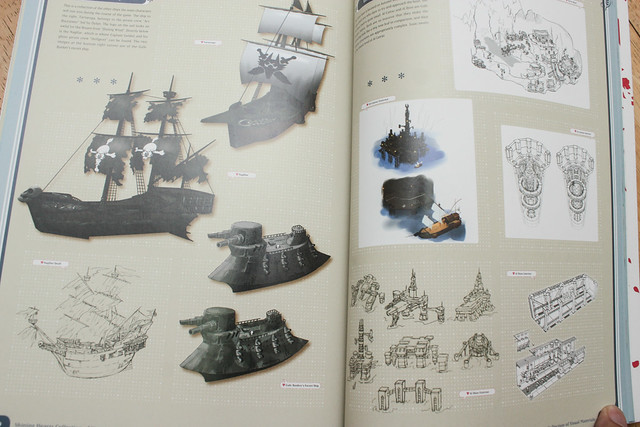 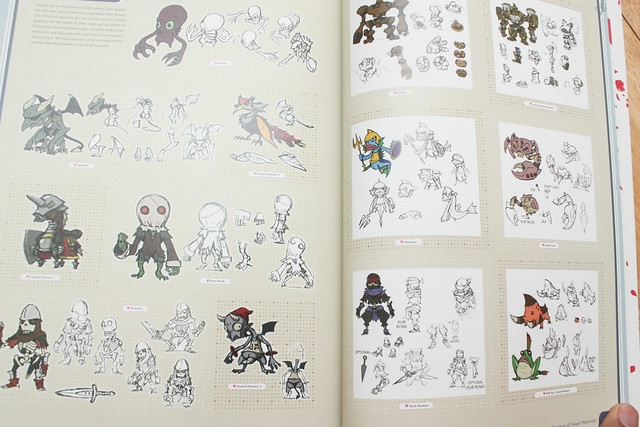 Ships, locations, Items and some monster sketches litter the artbook as well. 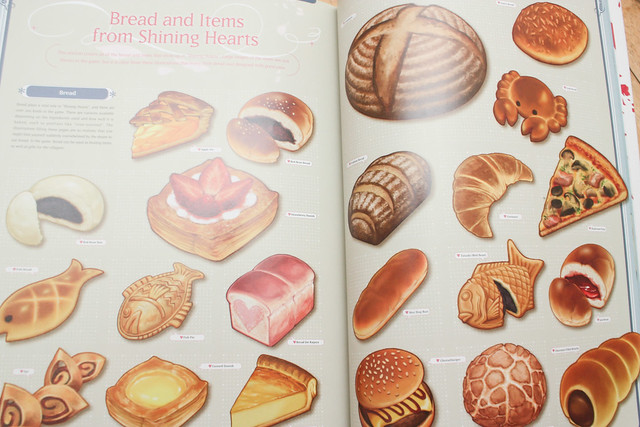 You can see how important bread is in this game ^^ 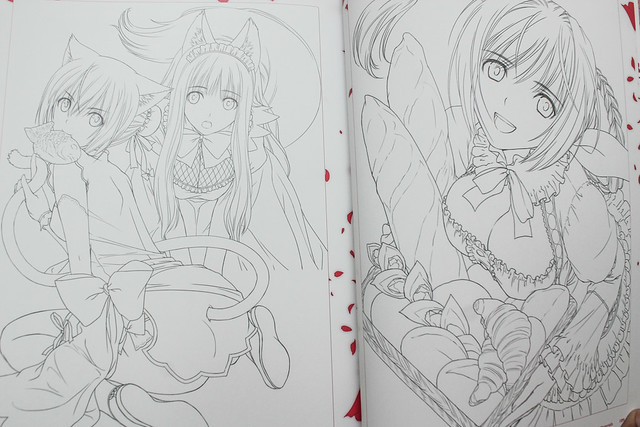 Lineart of some of Tony Taka’s works in this game can be found near the very end of the artbook. Pretty handy if you have a scanner of sorts to get the lineart without ruining the book. 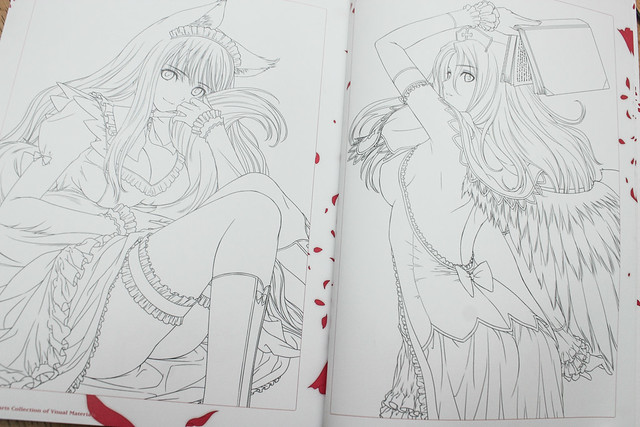 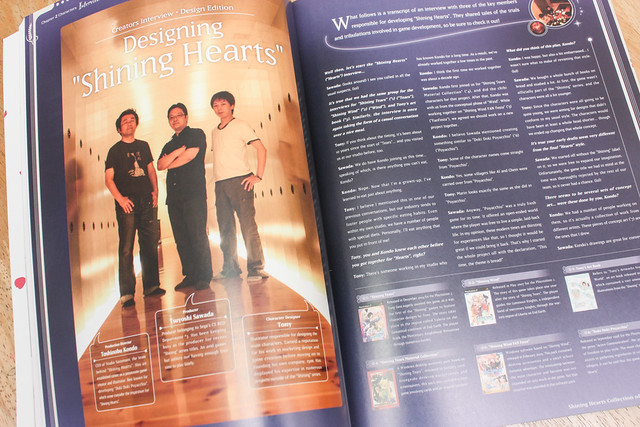 Despite the lack of rough sketches, the amount of readable content is still quite high making this a very enjoyable reading material. It’s great to see what goes inside the game designer’s mind when they decide to make games (RPG and bread lol). I also find pleasure in knowing how Tony Taka comes up with ideas for the character designs he creates for the Shining series. At some point, they all start to look alike ^^ 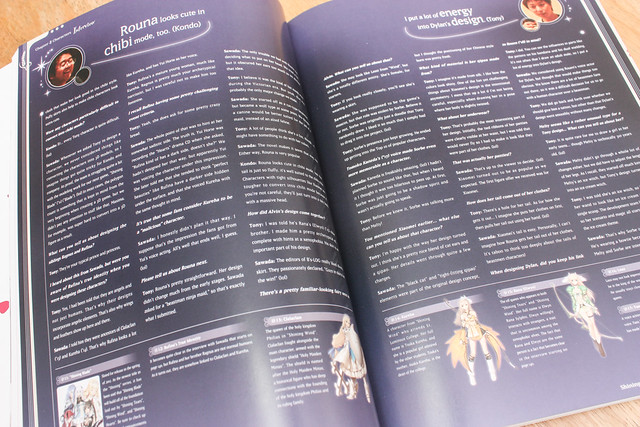 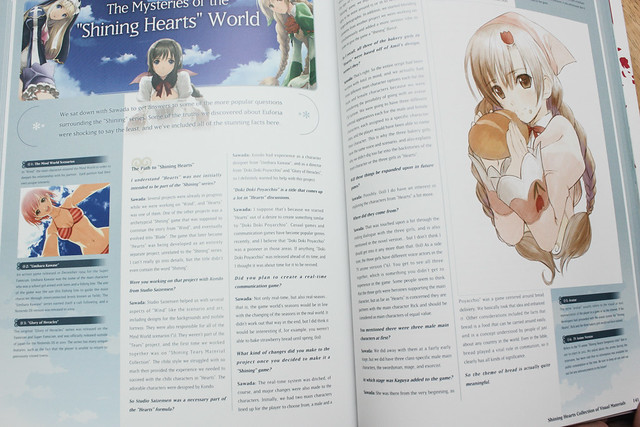 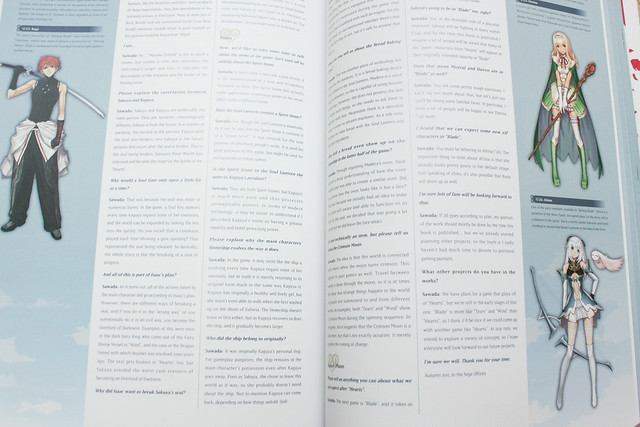 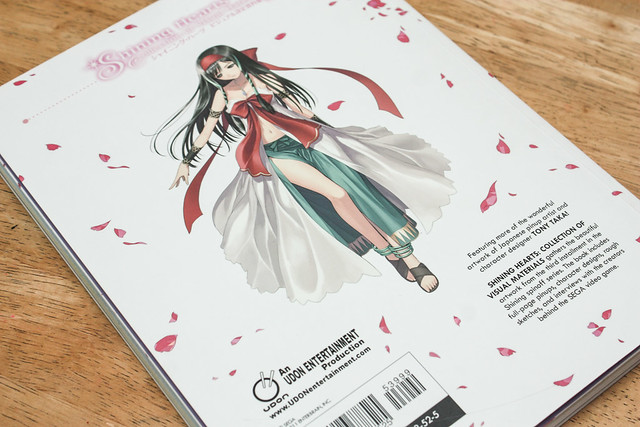 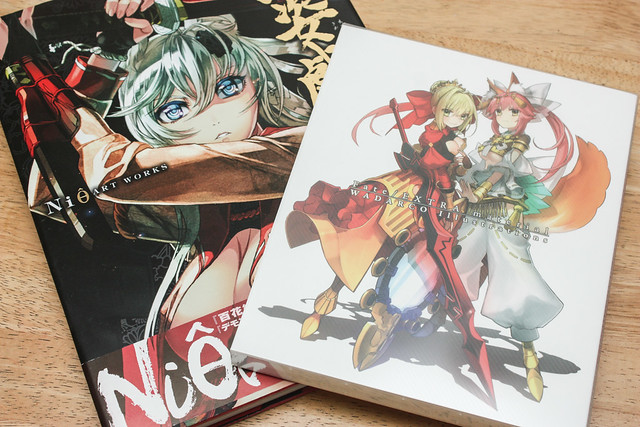 I still have two more artbooks here. Not sure which one to open and review first. Do we go with NiO’s artbook which features a lot of Nitro+ works? Or do we go with Fate/extra material collection? (Side note: the NiO artbook will soon come out localized by Udon Publication)