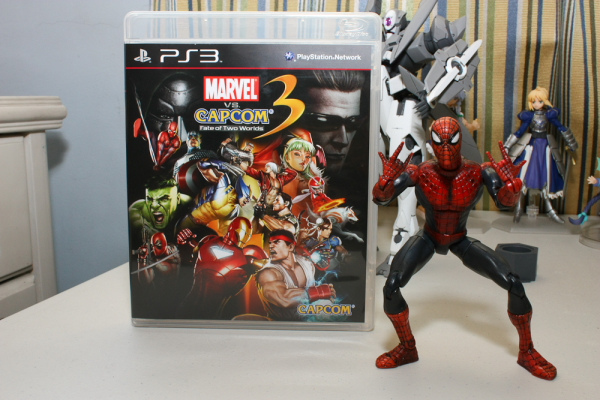 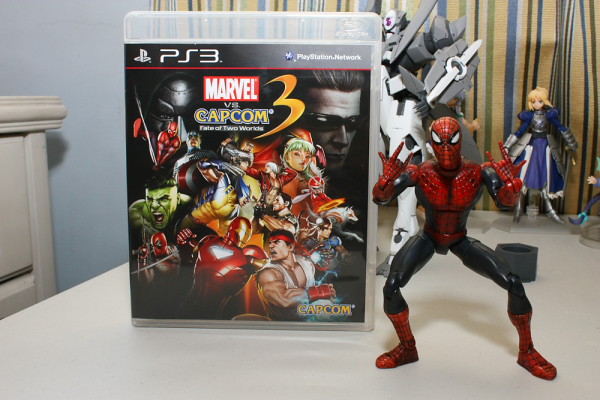 This is the second time I bought a Playstation 3 DVD even if I do not own a PS3 of my own. But unlike the Blazblue Continuum Shift, I bought the MvC3 DVD as a birthday gift for my close friend. The spiderman figure didn’t come with the game by the way, I think I bought this figure five years ago. Fully poseable just like a figma too. Oh and will review that GN-X in the back soon =D 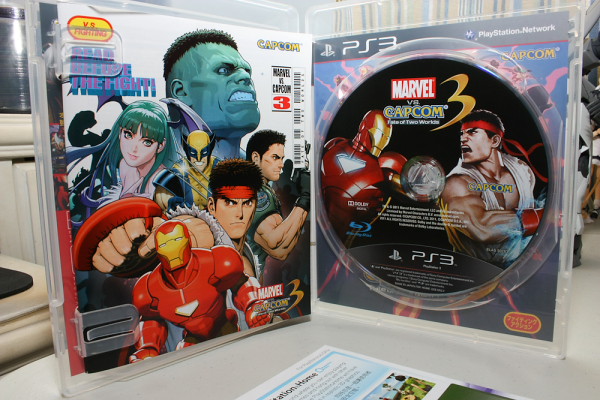 When I saw the opening, I was doubtful at some of the match-ups, especially on the capcom side. I mean Ryu vs Wolverine, and Hulk vs Chris Redfield? Its somewhat apparent who will win, but then again its only a game XD 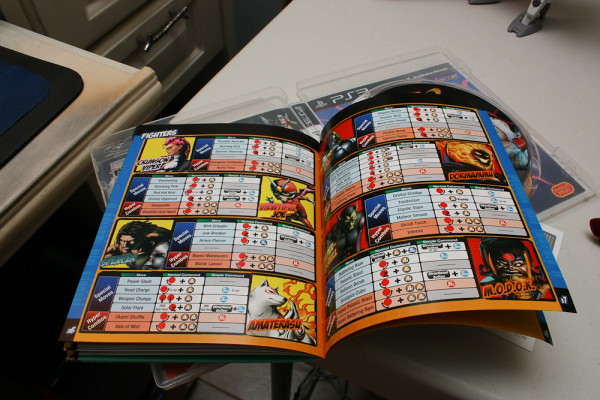 Its been a long time since I’ve seen a manual that’s somewhat thick. I used to enjoy gaming manuals back when I was a wee lad together with SNES, Sega and even Jaguar or Neogeo games. 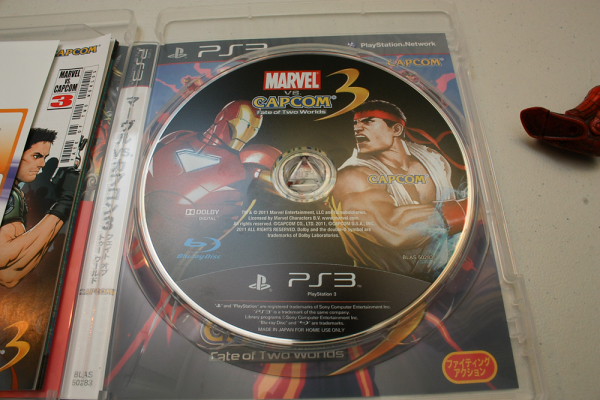 DVD art looks just as nice as the manual and the game cover. The regular edition of the game costs around 1695php (around 38USD). There is a limited edition that comes with a comic and two free DLC characters, namely Jill Valentine and Shuma Gorath.

Mind you MvC3 isn’t exactly like MvC2, nor is it totally different. There were lots of character tweaking involved, particularly the Marvel characters like Storm and Magneto (bye bye tri-jump) making it a bit more balanced. How I wish though that a certain game churn out a new installment (Guilty Gear) or how the next upgrade could come faster than scheduled (Blazlue)