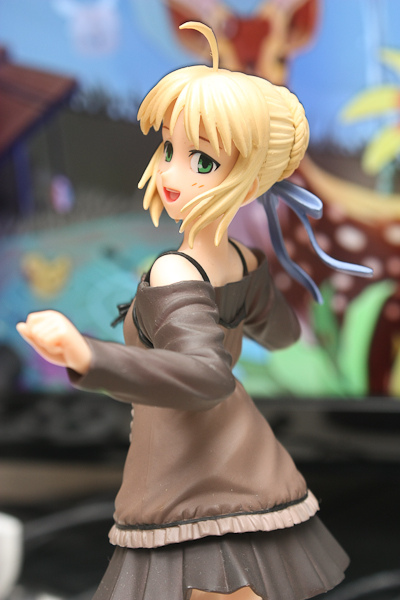 I’m actually reviewing this figure because she now belongs to someone else. Sold her along with Maid Saber and Butler Saber to a new owner. 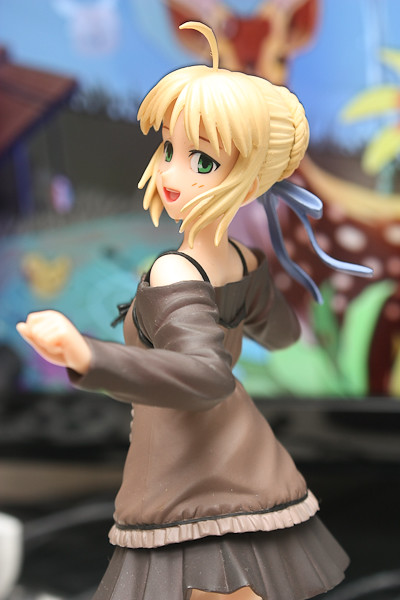 This Saber is from Kotobukiya, and the costume is from Fate/Hollow Ataraxia. This is actually one of the older Saber figures out there and I have to say it’s made quite nicely. 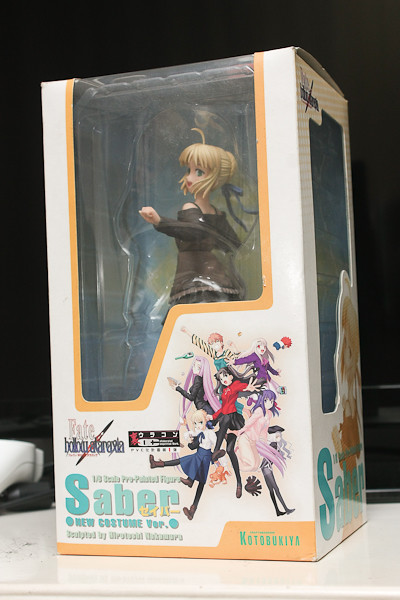 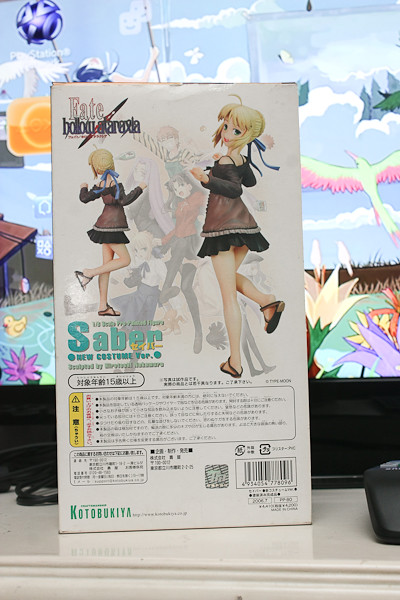 Nothing much to say about the packaging really. It doesn’t communicate much. But it does have some ‘happy vibe’ to it I guess. 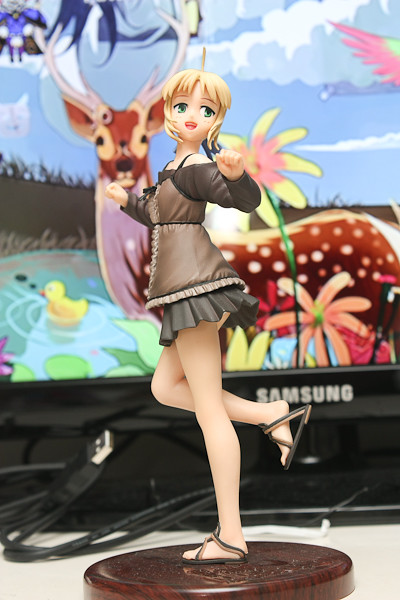 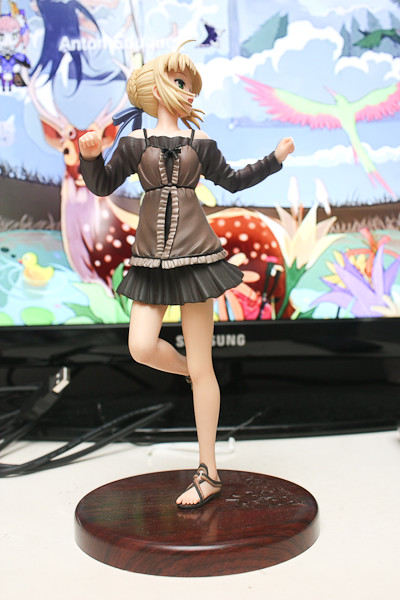 This is one of those figures that I had fun looking at from every view. Every side to this figure serves some viewing purpose. I think she should be displayed with a revolving base like a music box ^^ 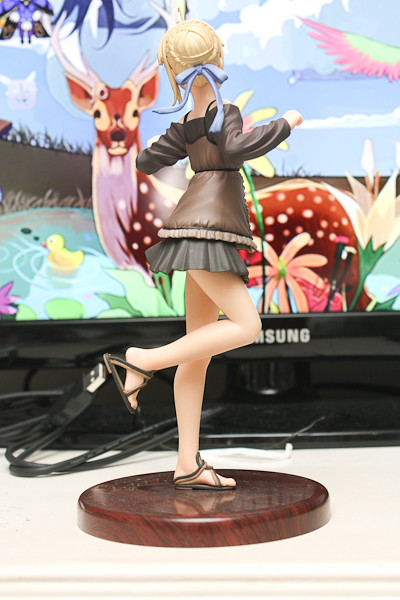 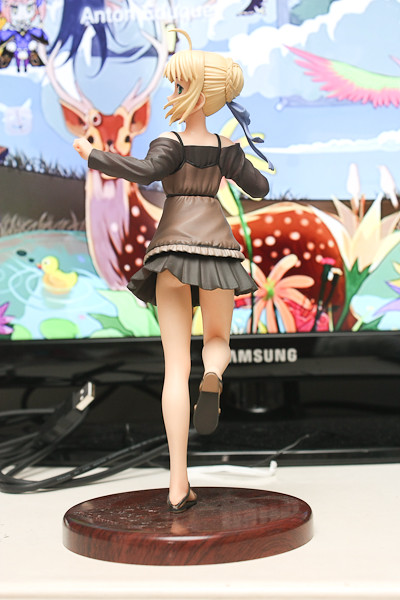 Like i said from every side and angle ^^;; Ah, I just realized how short Saber’s dress is. (and we haven’t gotten to the fanservice section yet) 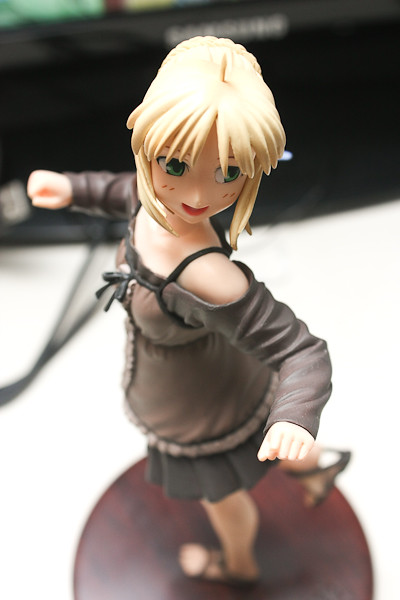 The dress looks nice, especially the folds. It also helps that her top doesn’t look like its stuck to the figure.

My only complaint here is the clumpiness of the hair. yes, i do know it’s  figure made from a time when the hair’s quality isnt the same as today. Doesn’t mean i cant feel irked though hahaha. This figure has so much movement in it that it’s a pity the hair isnt as fine flowing as the pose. 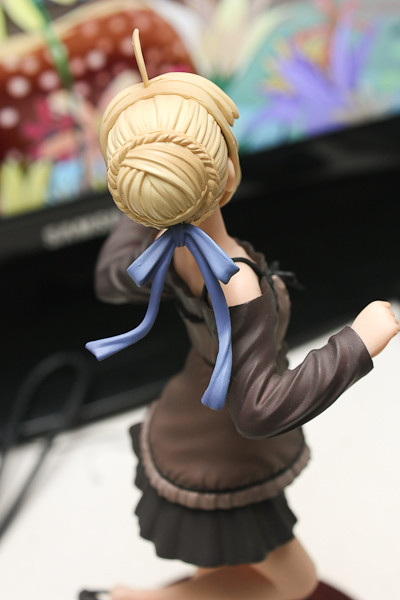 The ribbon looks like it’s being tussled about by the wind. Despite the front side being clumpy, the bun is very well detailed. Love the folds on the sleeves. 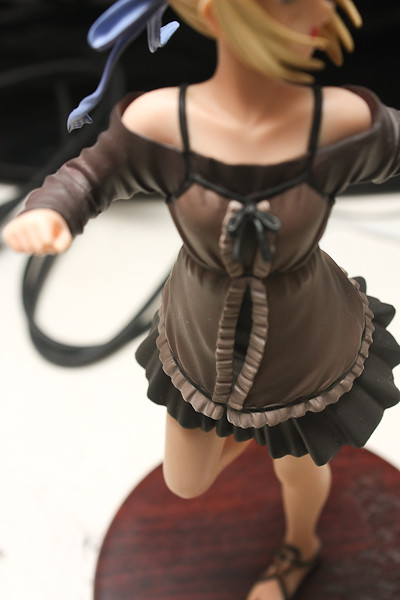 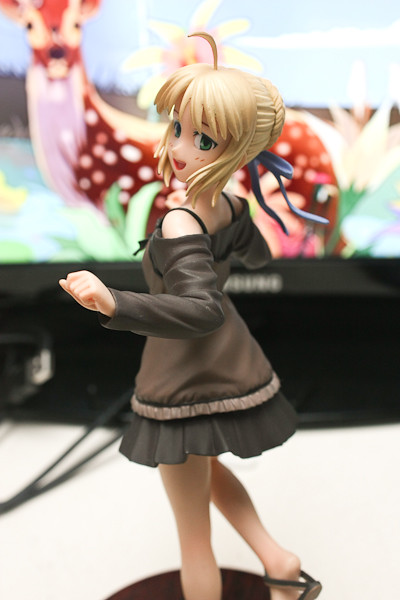 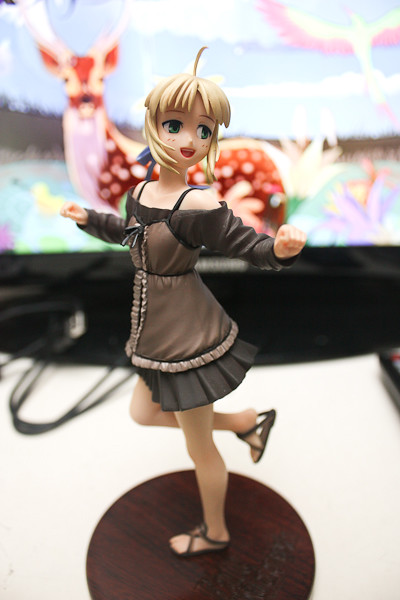 The tiny details, such as the extra frills and and the lines around her dress really compliment making the figure appealing. Without them, i would daresay the figure might be a bit boring, despite the nice posing. 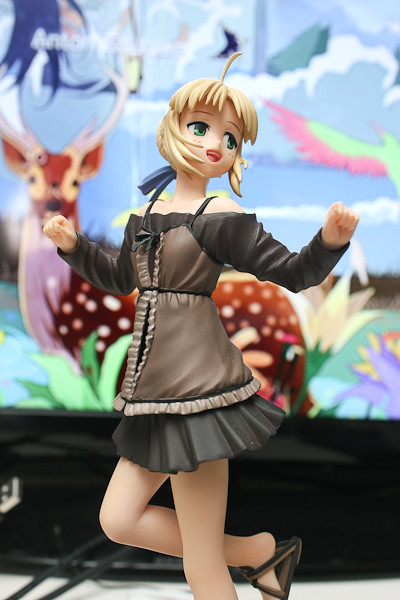 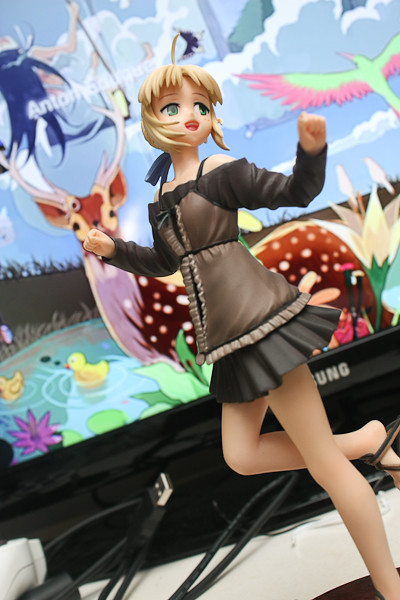 Was thinking to myself if a figure with so much movement such as this should have a picture that conveys movement as well. I prefer the tilted photo, what about you? 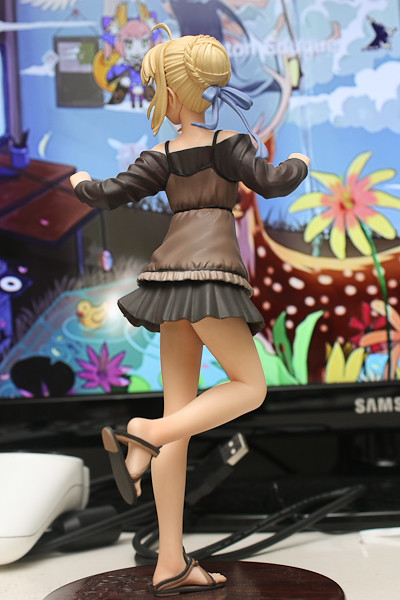 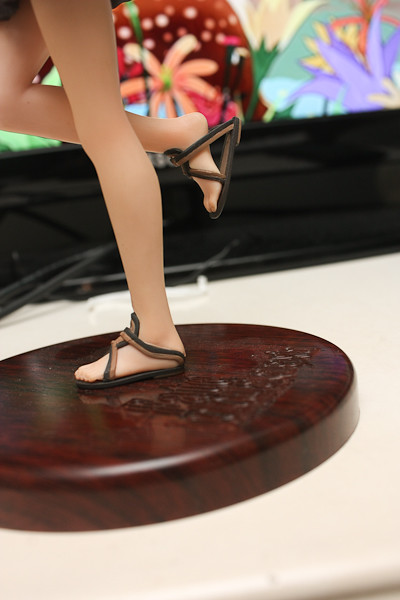 Shapely legs followed up by flipflops that really convey movement. Slippers or slip-ons don’t ‘stick’ the the foot, they are somewhat ‘opened up’ whenever people run or walk. 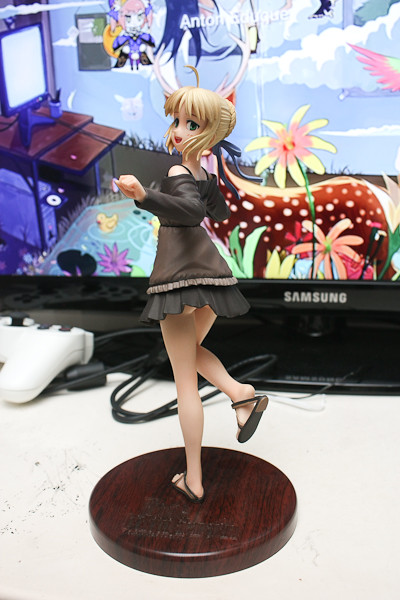 Darkwood looking base with the Fate/Hollow Ataraxia logo on it. Though i would really prefer if the base were transparent. 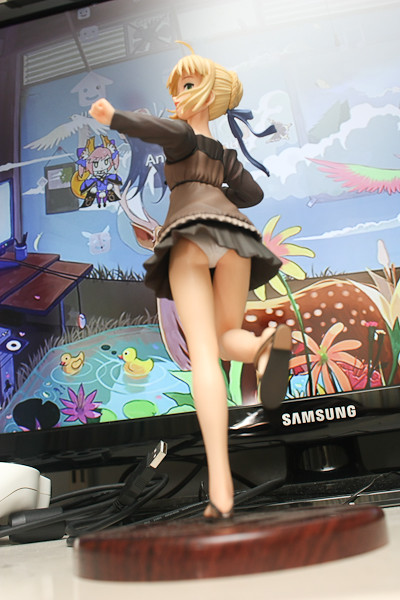 I know you’re curious. Regular white. Didn’t check it for details or whatnot XD 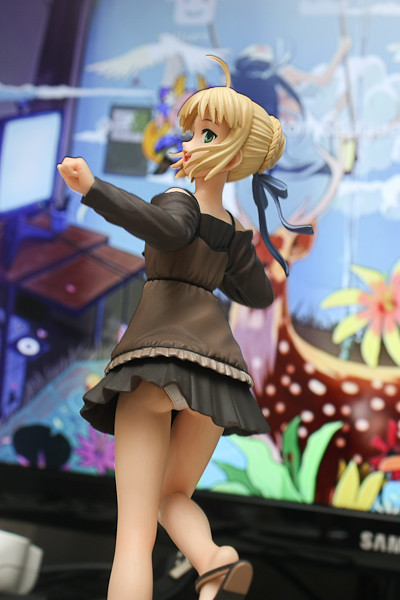 I still prefer this kind of fan service rather than before. There is this certain allure to it, and those butt cheeks look really nice too ^^

I decided to sell this figure since 1.) I’m not much of a Saber fan and 2.) I have a big figure of her from GSC with the same costume. I’m not keen in having too much of the same kind in my figure collection. If there was a slight tinge of regret for this figure, it would be those butt cheeks lol.