This game has been keeping me preoccupied for the past two weeks such that I haven’t been able to blog much or reply to people lately. In the end, it was inevitable that I bought this figure the moment I saw it. 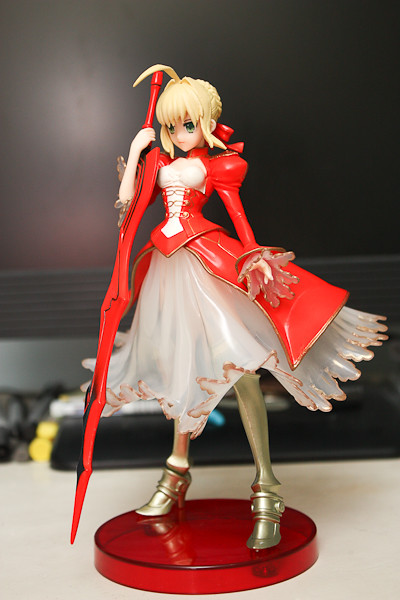 Okay, I wasn’t exactly the one who bought it. My friend told me “Hey, I havent given you a birthday gift yet have I? I’ll buy you any figure as long as it’s in the 1,000 peso range”. That’s around two thousand yen, and for those who think that they wouldn’t find anything nice with that budget, think again. 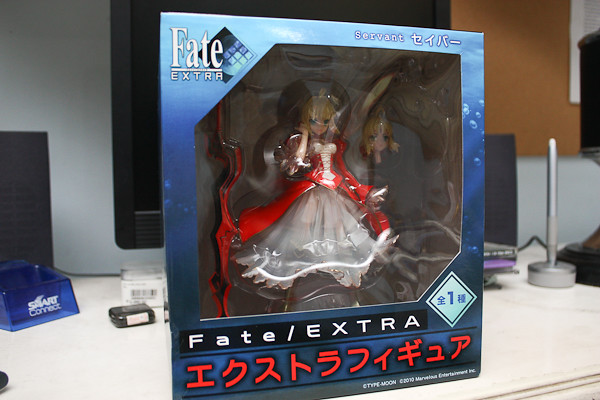 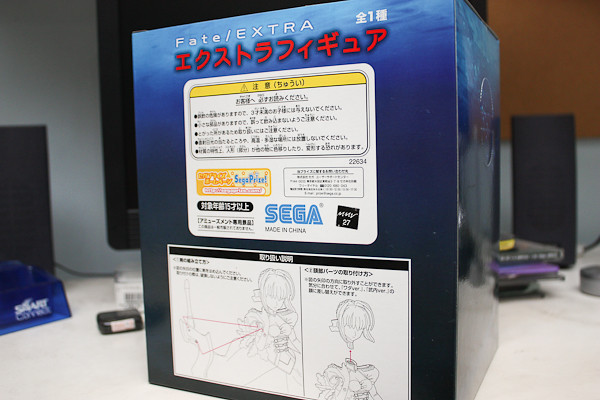 SegaPrize isn’t exactly synonymous to quality and I’d have to agree. Their paintjob is usually a mess and the poses their characters take are sometimes too boring that you’d think they were posing inside a coffin. However, once in a while we are treated to something nice from them at a very affordable price mind you. 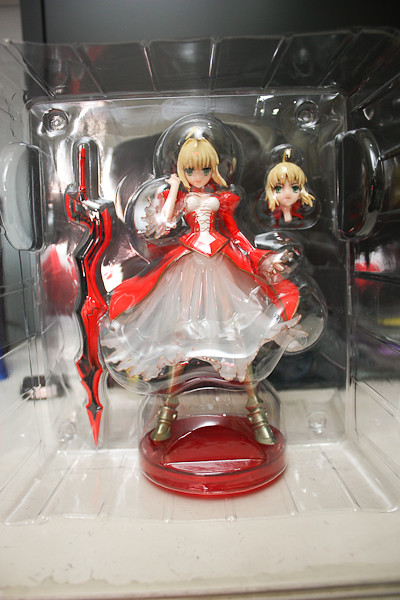 First thing’s first, be careful of the paint. The paint isn’t exactly the ones that GSC or alter uses just from the smell of it. So be careful of placing this figure near anything hot as it may cause paint stains to occur more frequently or chipped paint. 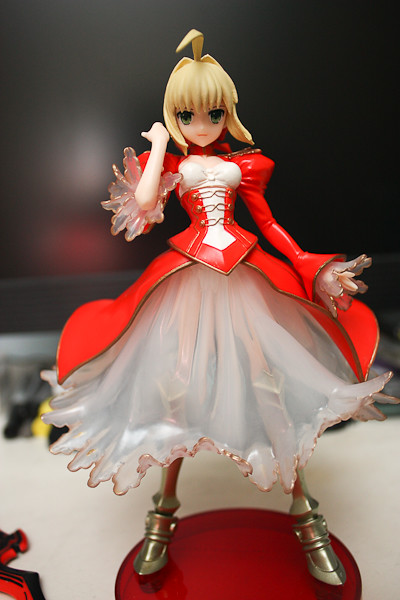 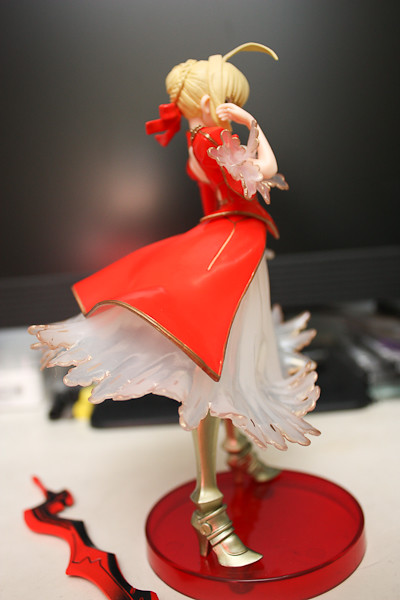 I won’t get much into the details as to who Saber from Fate/Extra is. Definitely its not Arturia mind you, and I for one am grateful for that because this Saber’s personality is quite fresh (read: extravagant spender). Fate/Extra’s characters were drawn by Arco Wada while the noble phantasms were designed by huke, so the game by itself is a design treat for those who are interested with said artists. In fact, I think Saber’s Noble Phantasm beats Archer’s Unlimited Bladeworks in terms of execution AND theme song hahaha. 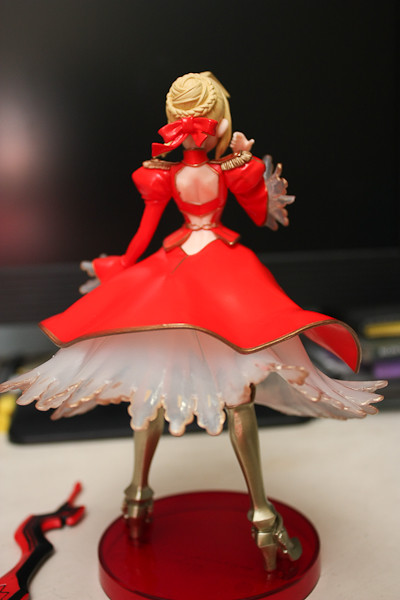 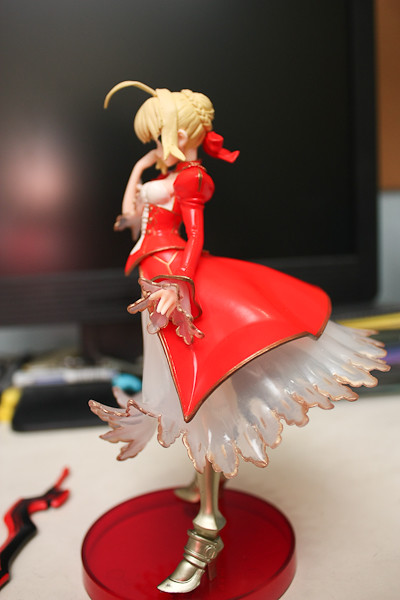 I swear the paint is somewhat reminiscent to poster paint or acrylic paint, but its pretty nice for paint like that. 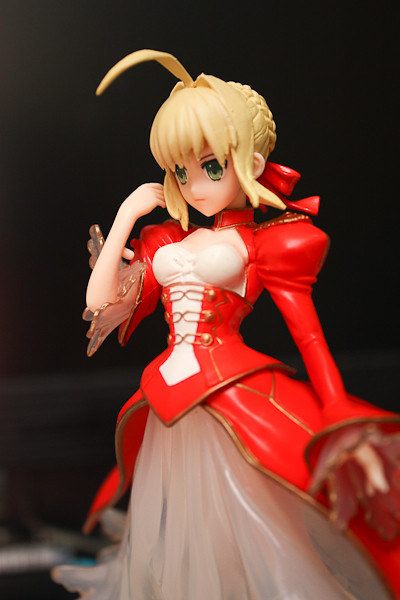 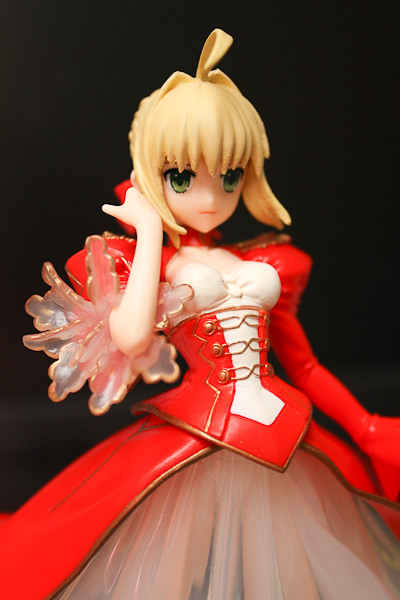 Her gown’s folds and creases are still ‘soft looking’ and I have to hand it over to the painters for painting the gold lines very well. 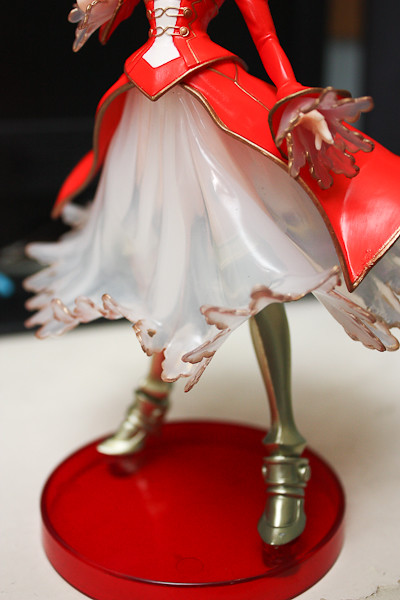 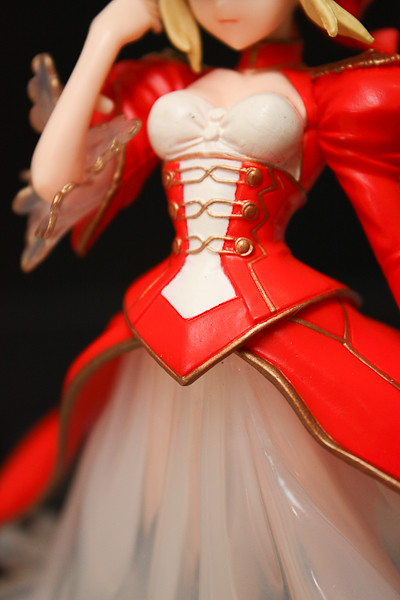 I really dig the semi-transparent plastic being used here. I just wish it were more transparent and also less plasticky. The base might be boring, BUT it somewhat fits the entire ‘red’ concept. At least it didn’t look out of place or downright ugly. 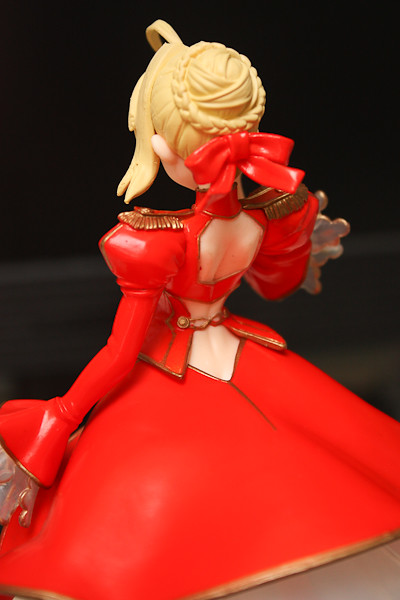 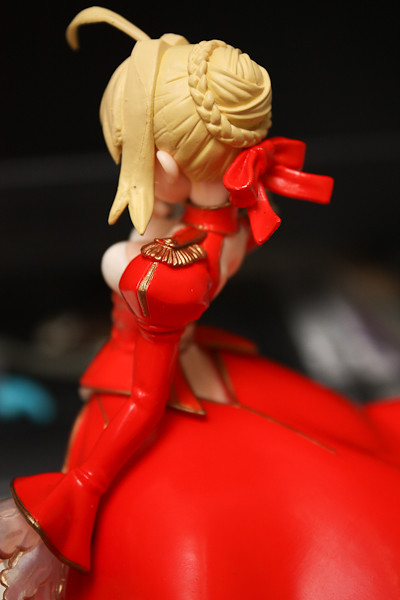 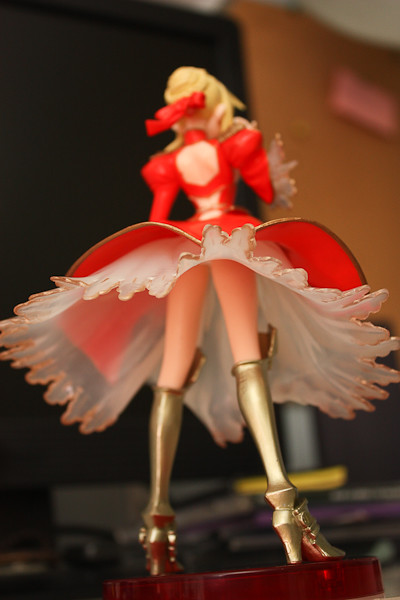 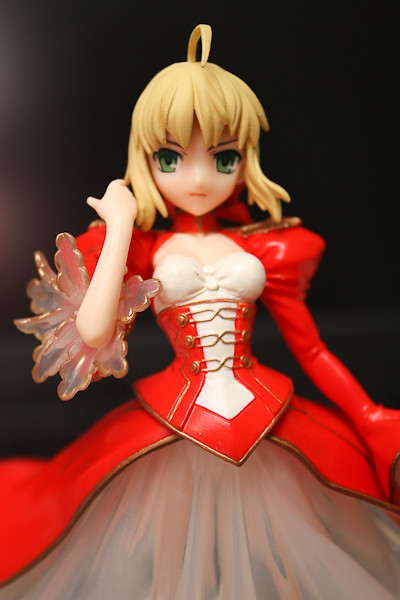 We also have a head you can exchange with. This head looks similar to Takeuchi’s artstyle, and I don’t think the stern expression fits Aka-Saber’s demeanor in the game. The stern looking face might be more of Arturia’s yes? 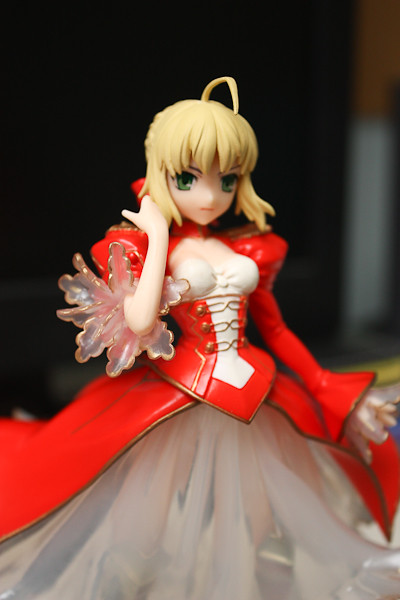 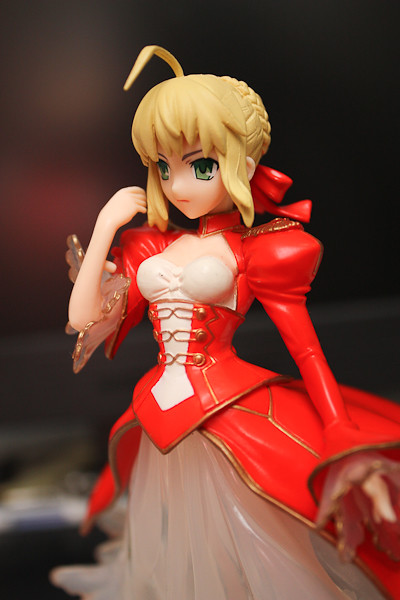 You can see SegaPrize’s prominent paintjob (or the lack of it) but it’s forgiveable in this case I think. 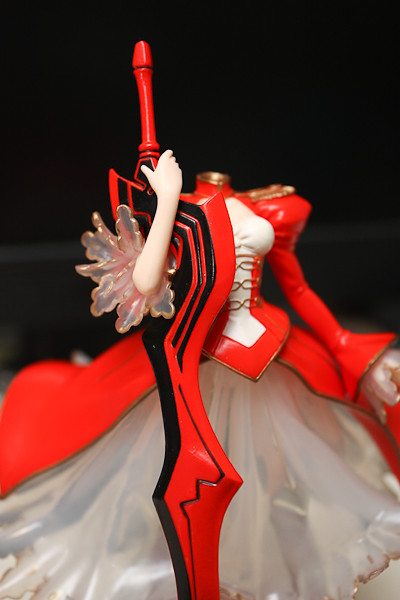 Tried placing her sword in. It’s not as easy as you think. I suggest removing the head first before trying to put it in. 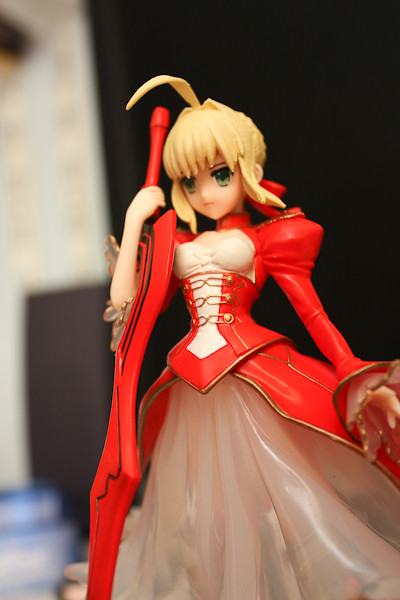 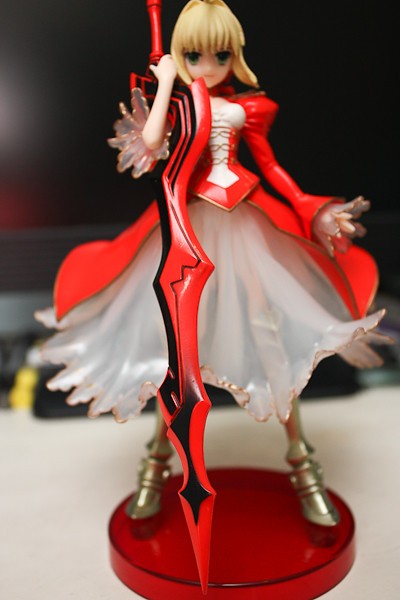 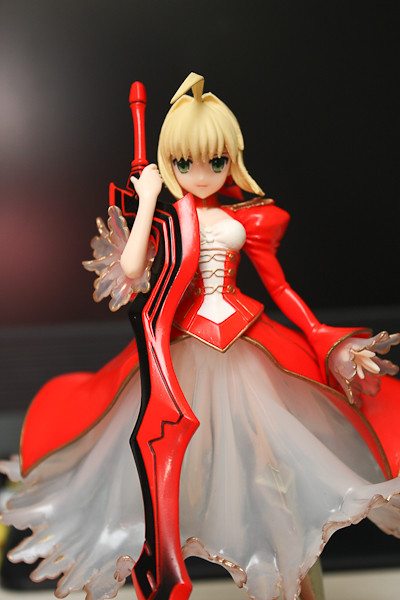 Hmmm. I gues si really do prefer Arco Wada’s face over Takeuchi’s in this case. 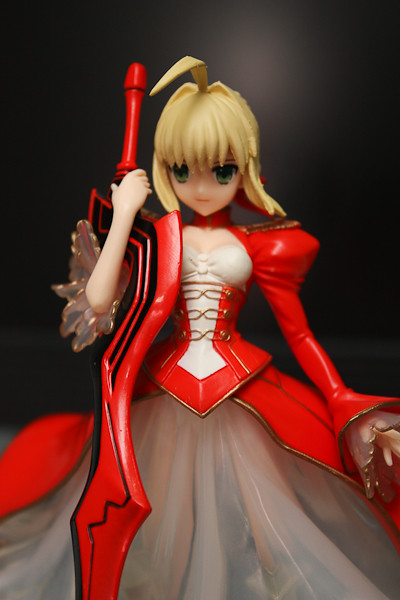 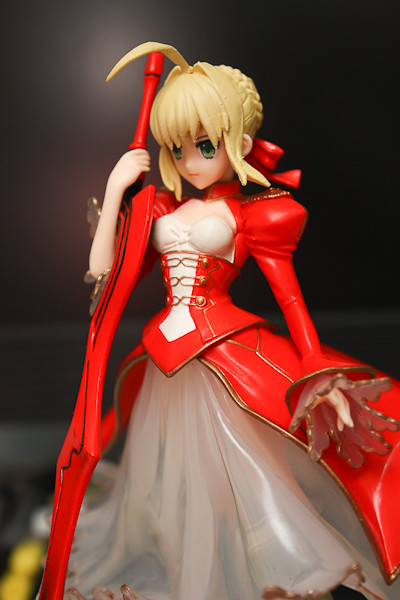 It’s not such a bad buy for a budget figure and the bad paintjob can be easily be repaired by seasoned modders out there. I suggest getting this before stocks run out

If GSC makes a figure out of her, just like they did with Saber Lily, I dunno what to do hahaha. Oh well, right now I’m just waiting for my Caster (from fate/extra as well) that has been delayed to January already. ^^

Figures for Sale - Lots of Type Moon Stuff too
21 replies