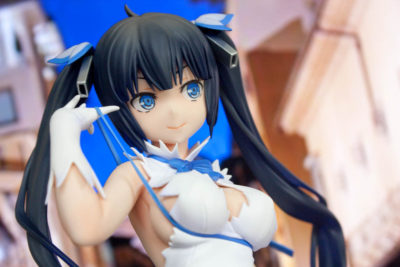 Another review to finish and we are now moving to Hestia from Danmachi. I’m really not a fan of cool colored backgrounds but I really can’t think of a better way to present Hestia without the use of solid blues at the moment. 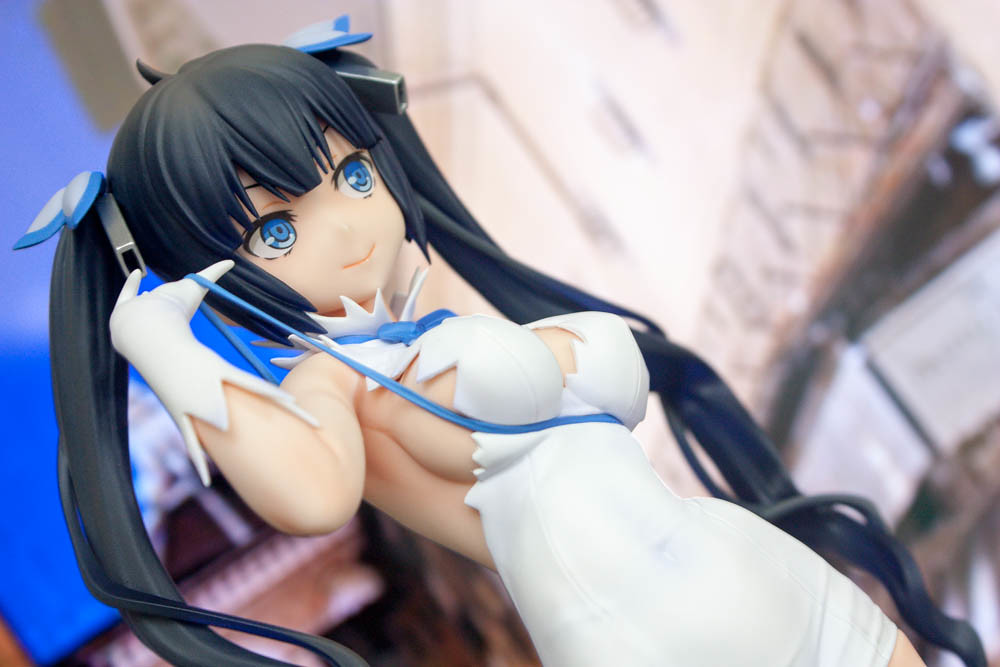 Yeah i know it’s a really late one and people have either read all the reviews for this figure or have gotten tired of Danmachi, but hey why not? 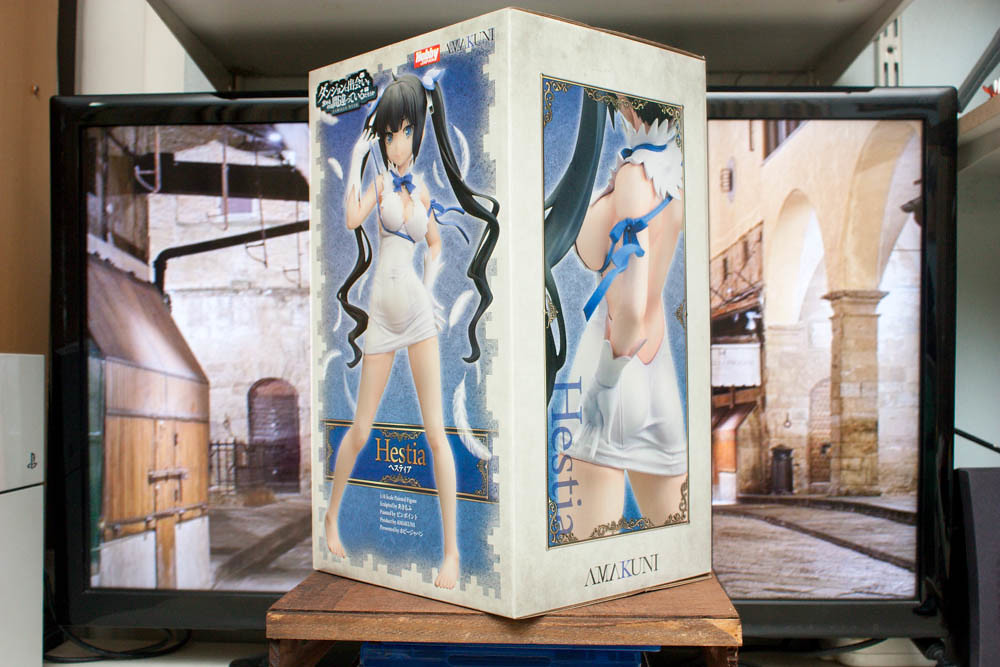 I was in Japan when Danmachi first aired so I was caught offguard by her sudden popularity. Everyone was talking about Hestia from the side streets and on the train so what’s a curious anime viewer like me supposed to do but watch it right? 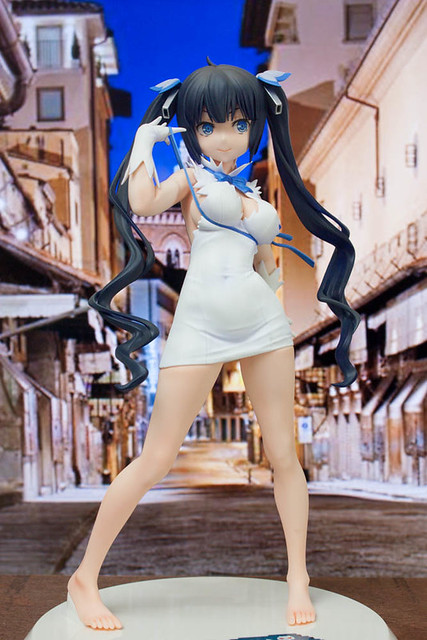 Her outfit is really something and my guess that her clothes had something to do with the hype was on point. I can appreciate the open cleavage, side boob, backless, short dress that she wore, but the real eyeopener was the blue ribbon around her. Though the ribbon doesn’t really do anything functional in the story (as far as I know), but in terms of design the ribbon helps in drawing the eyes to her plump breasts. (and I don’t know if this was intentional either). 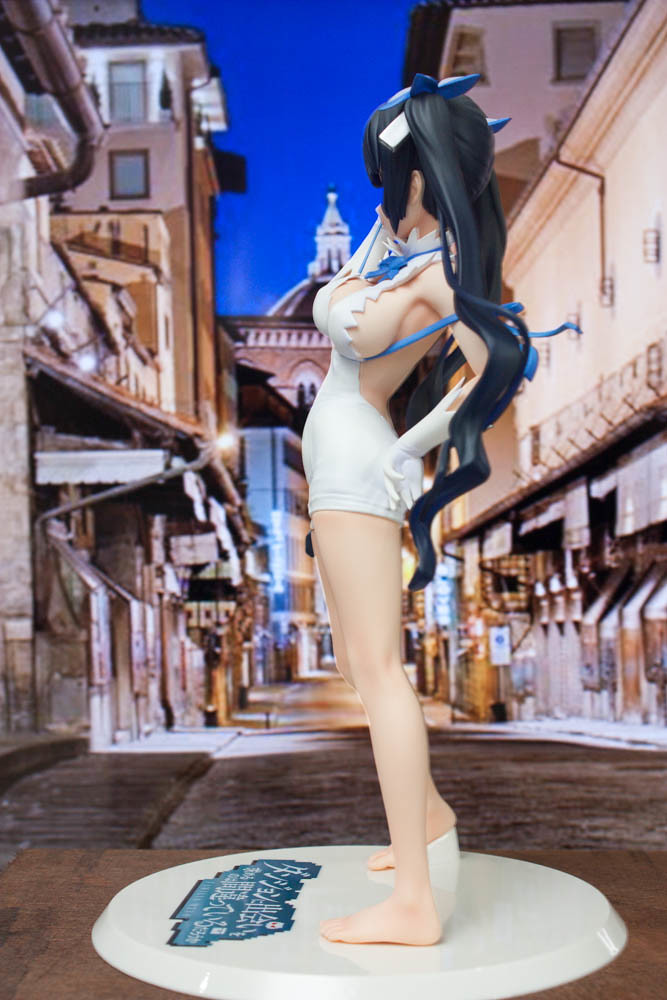 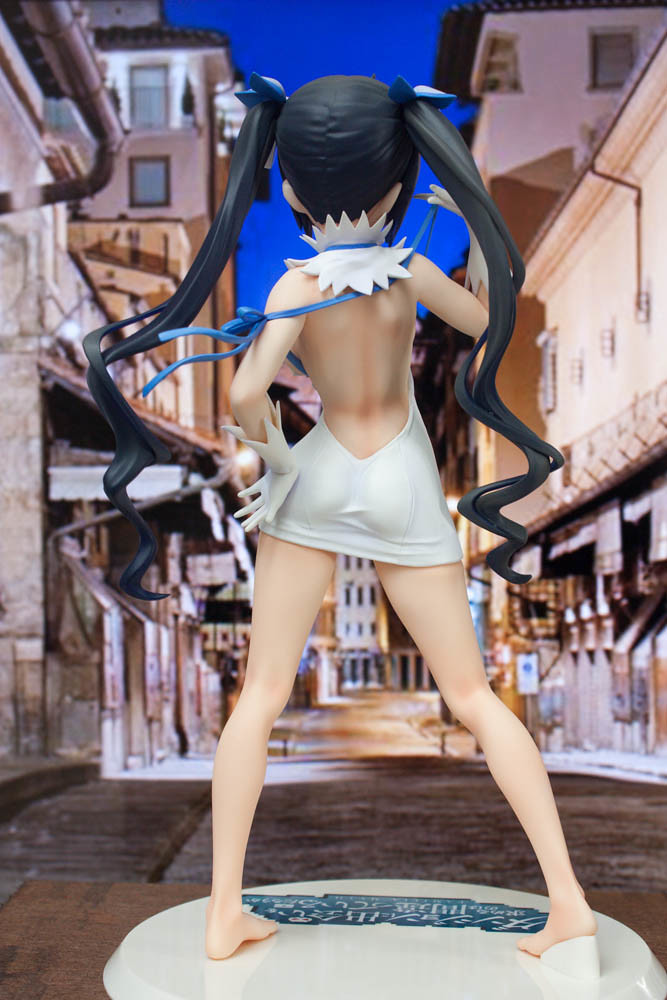 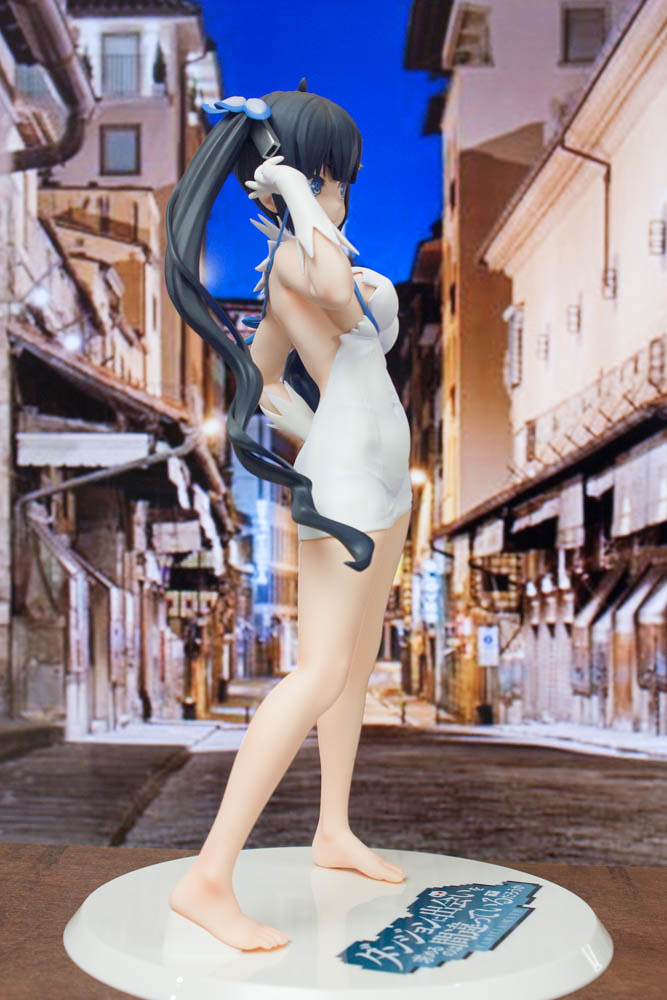 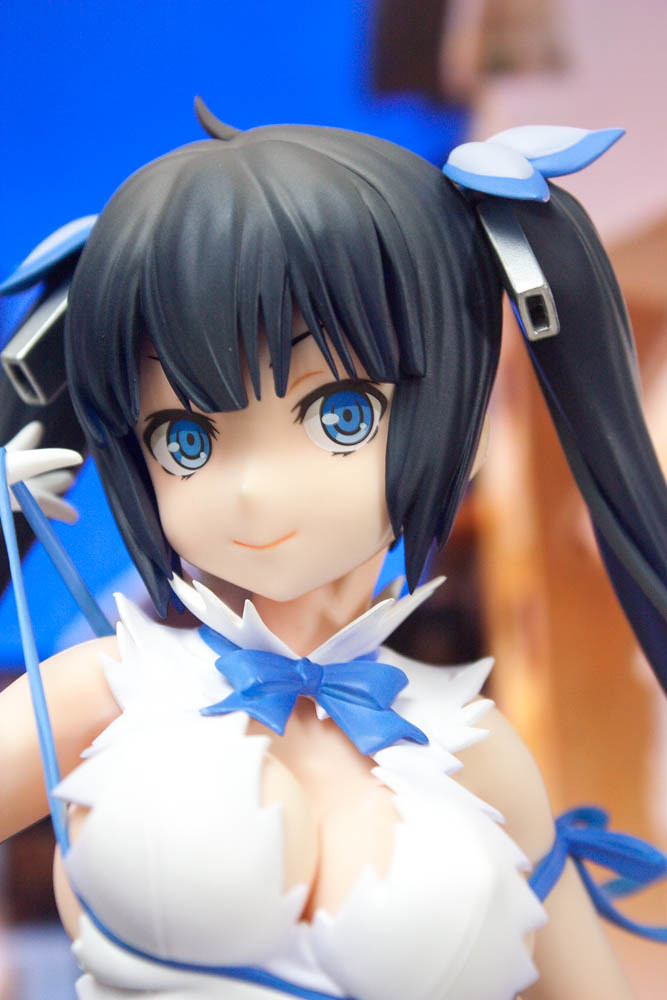 The hard part about picking which Hestia to get is the face. Though there were other figures which had more dynamic movement, one of the things I personally felt that this figure possessed the deviousness and mischief found in this character more than the other Hestia figs out there. 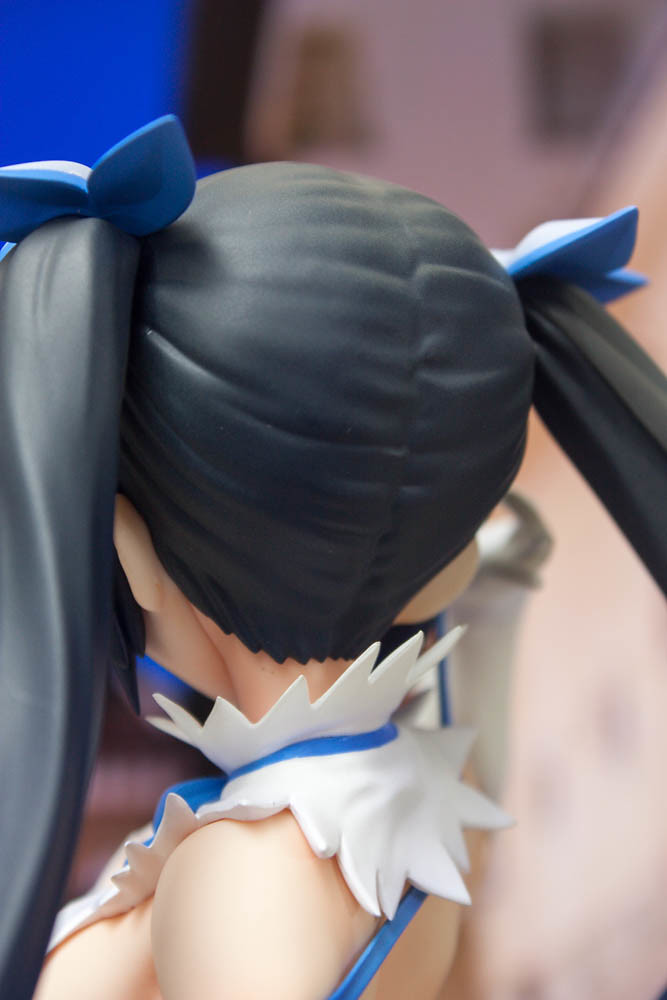 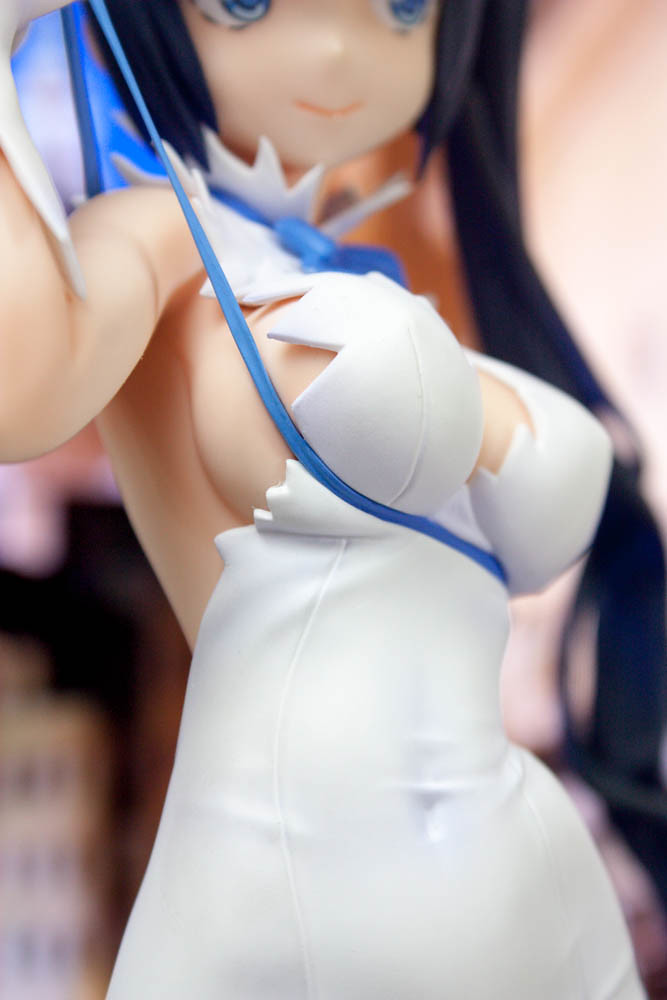 Amakuni is no slouch when it comes to portraying the sex appeal of the female figure and enhancing it to boot. They made sure that the dress really felt as skin tight as it was and the ribbon really does look like it’s carrying her breasts too! 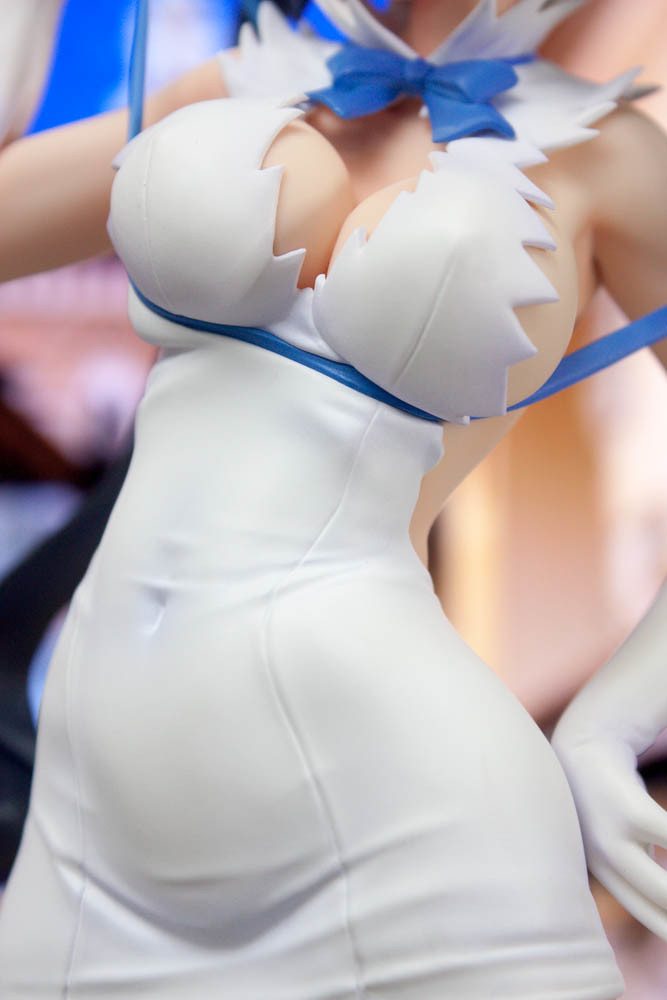 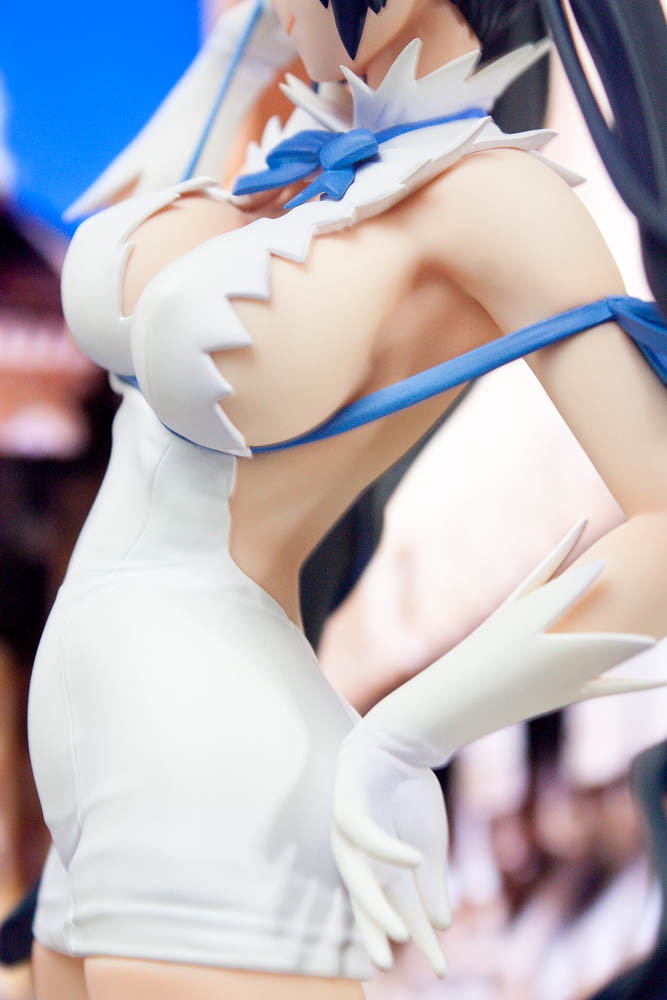 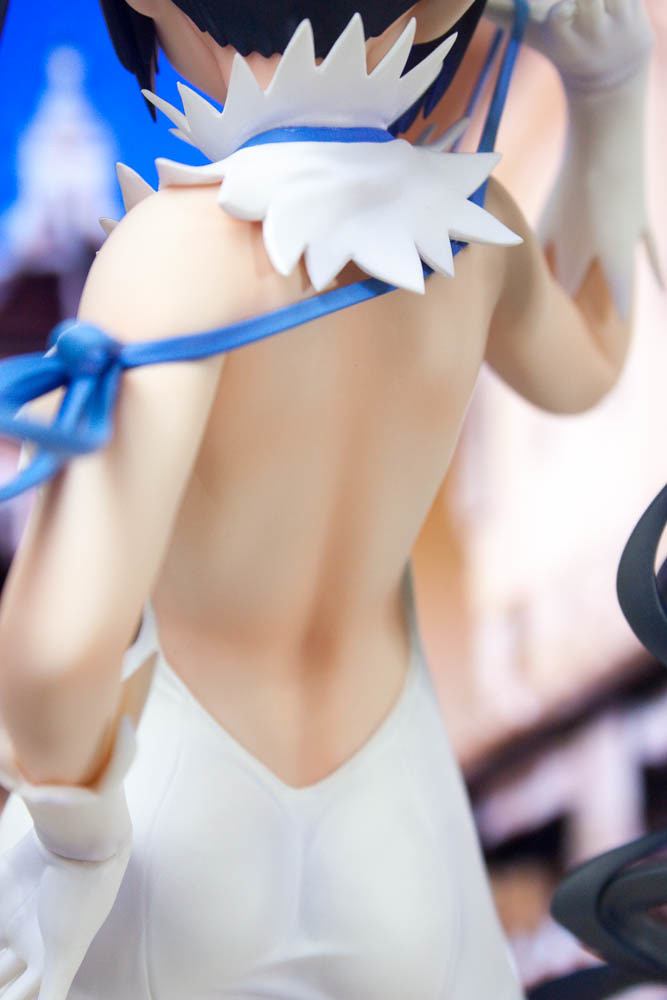 Her backside also looks well-toned and not boring to look at all! Back muscles and her skirt are really tight! 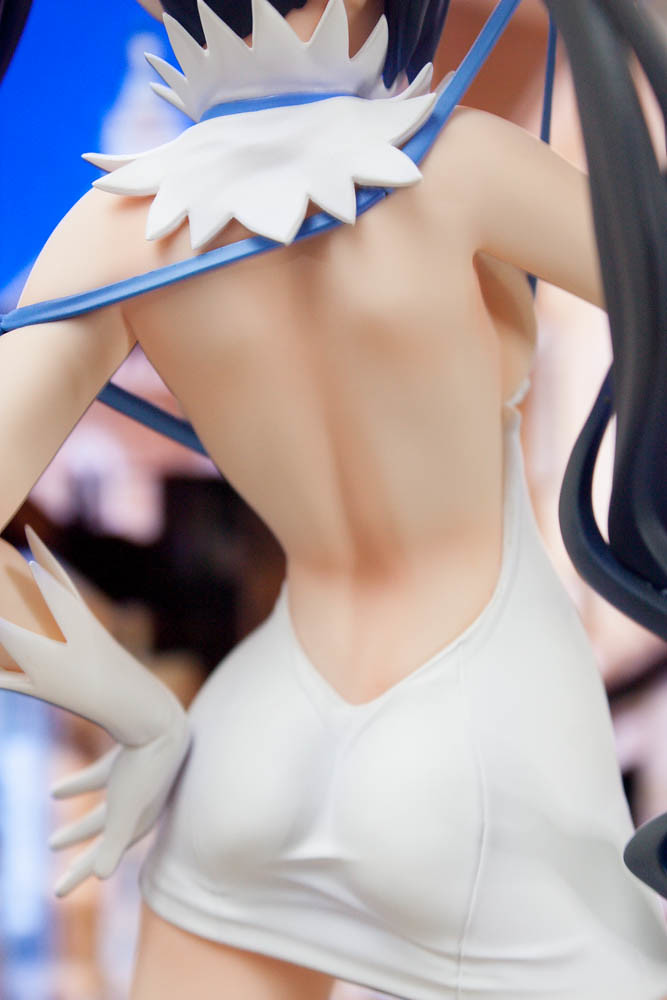 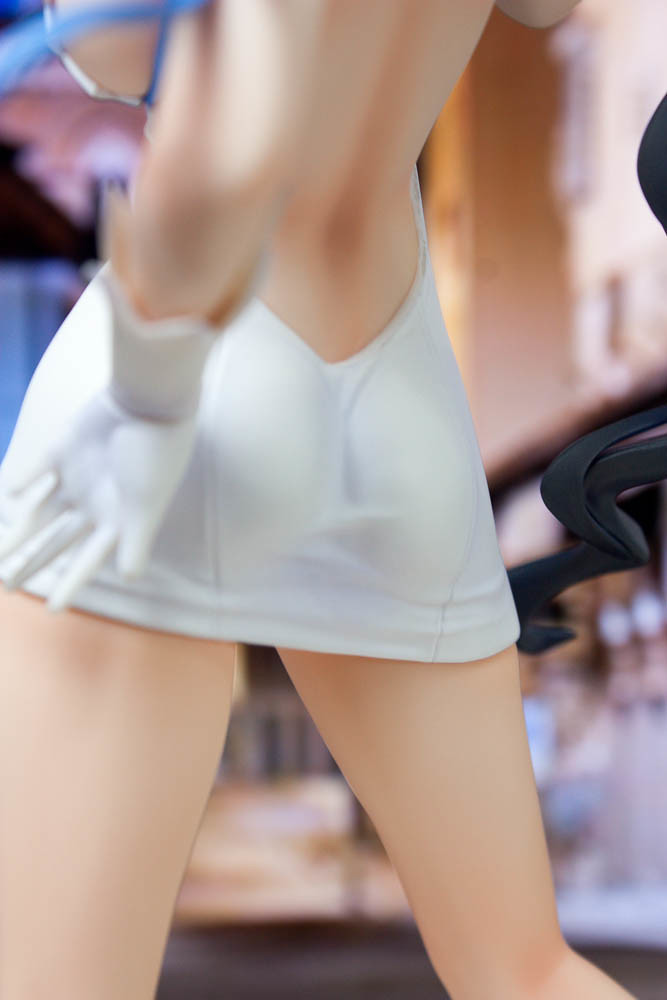 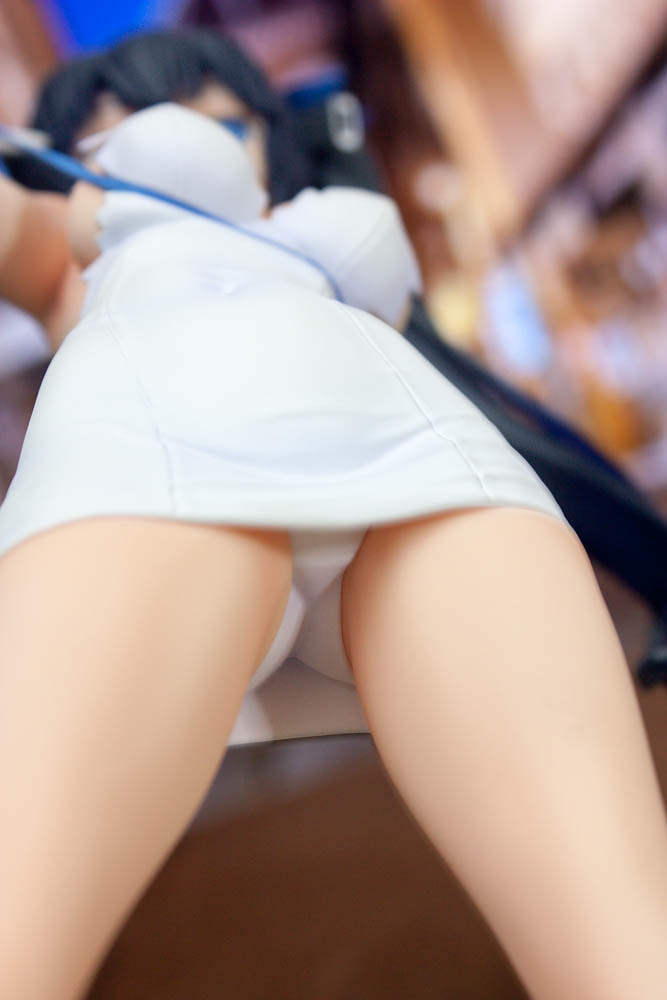 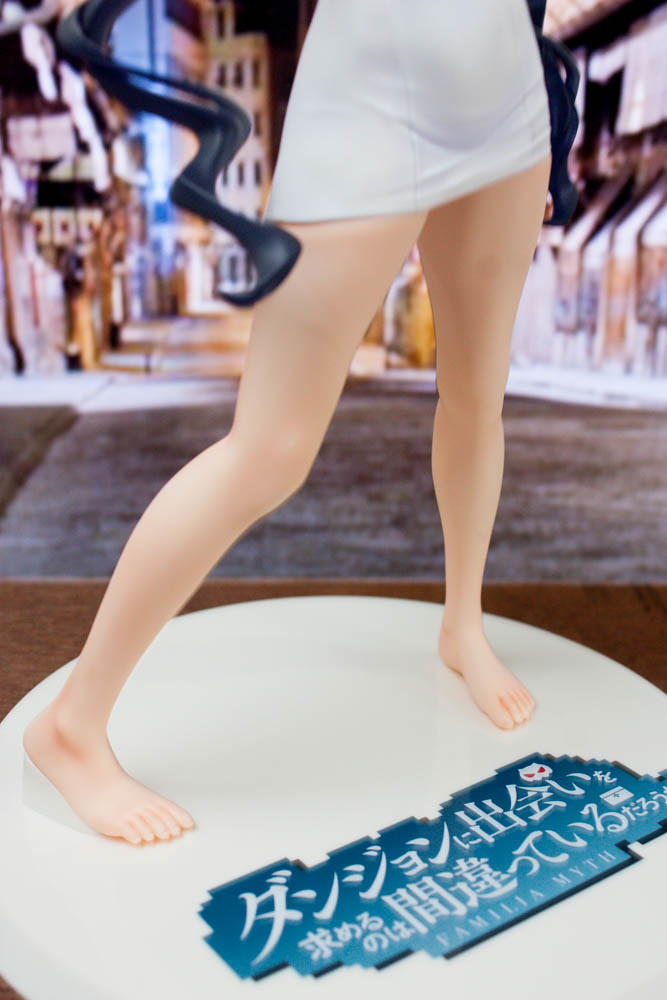 They could have gone for a cobbled street or a simple see through base. Personal preference really, as I’m not fond of bases with the title sticking out. 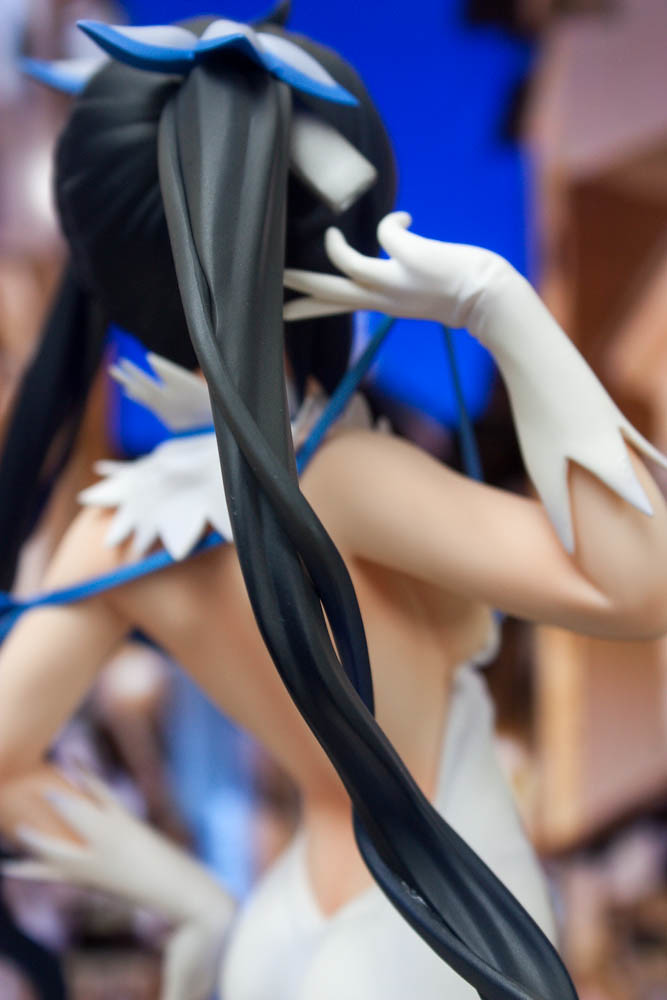 Forgot to mention but Amakuni ensured that the figure had an air of liveliness. Her bangs are very well sculpted and all, but her twintails really look soft and light, as if the wind itself is carrying her hair. Good job there Amakuni!
I’ll be leaving here a few shots. All in all, this Amakuni figure of Hestia is really good. Though some may want other figures of her like Max Factory’s jumping Hestia in particular, I feel that Amakuni was able to capture Hestia’s devilish smile the best while trying to keep a static figure look interesting to view. 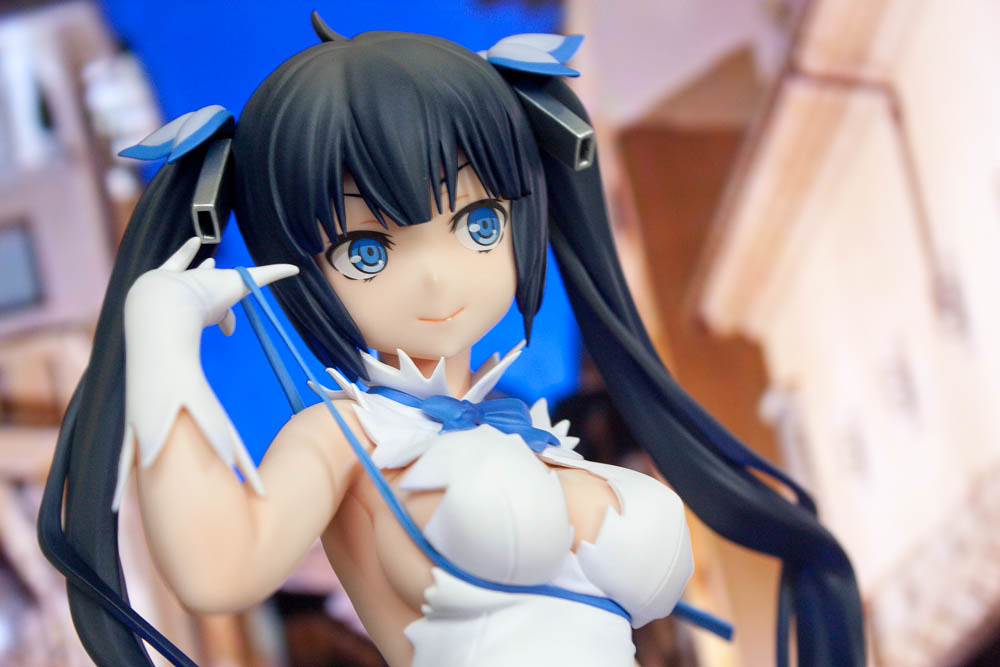 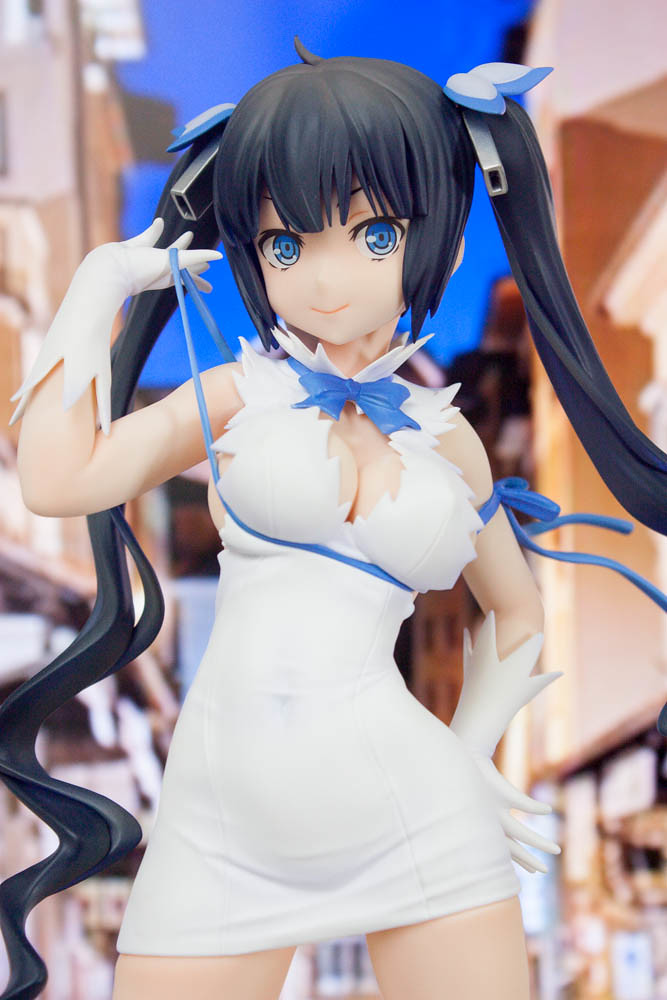 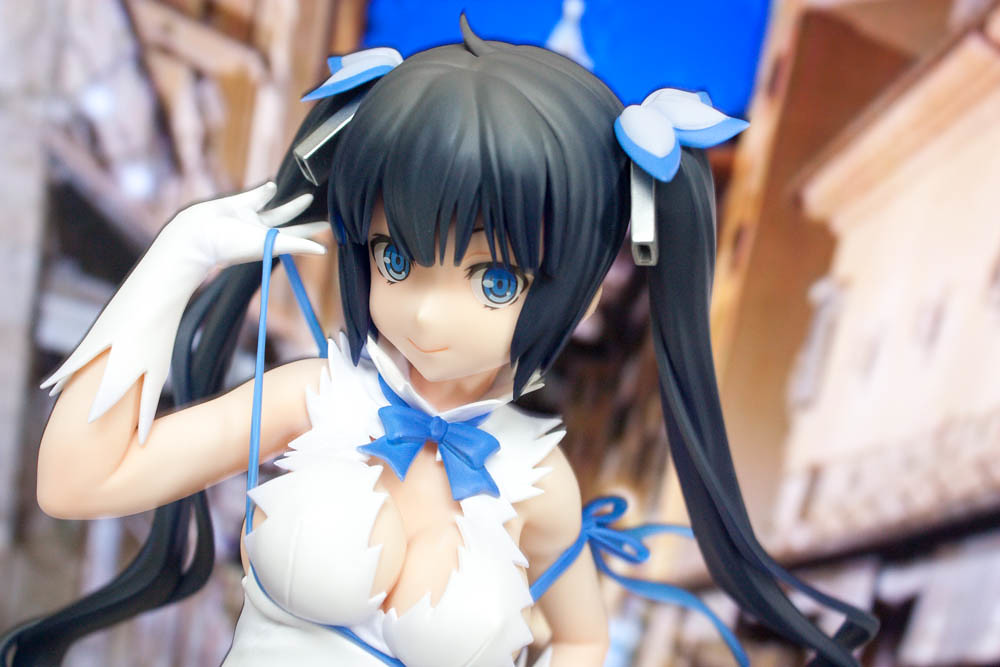 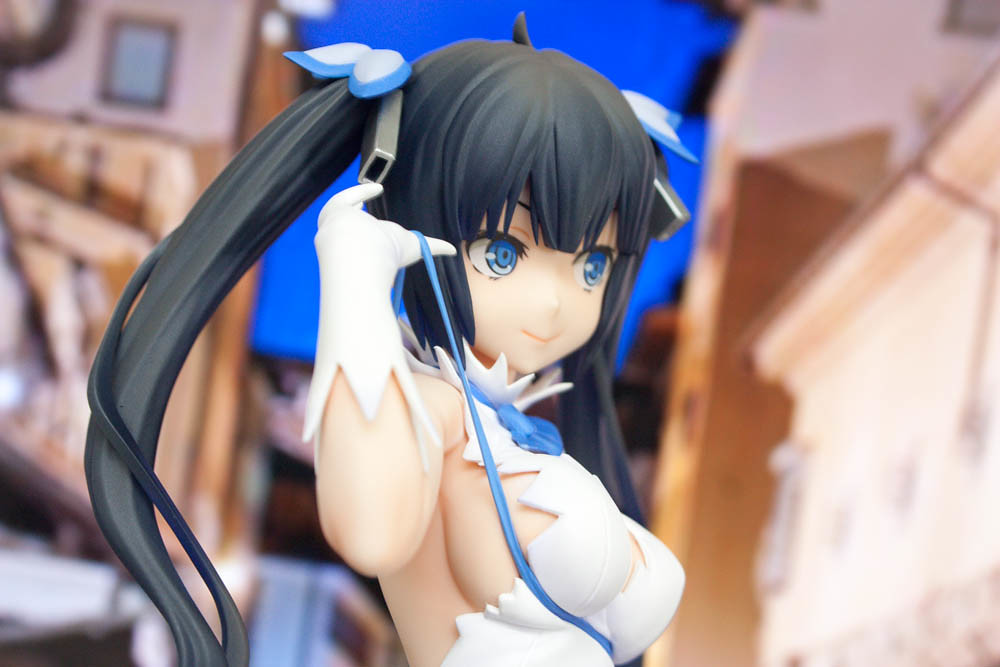