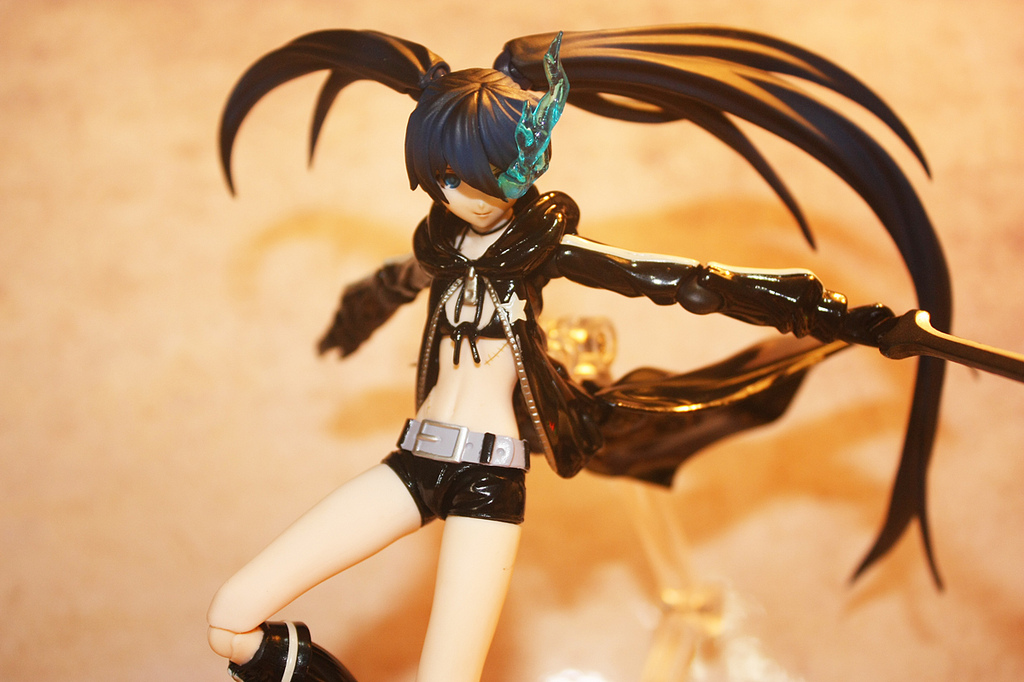 I’ve finally gotten my hands on the third figma in my collection, which is the Black Rock Shooter. 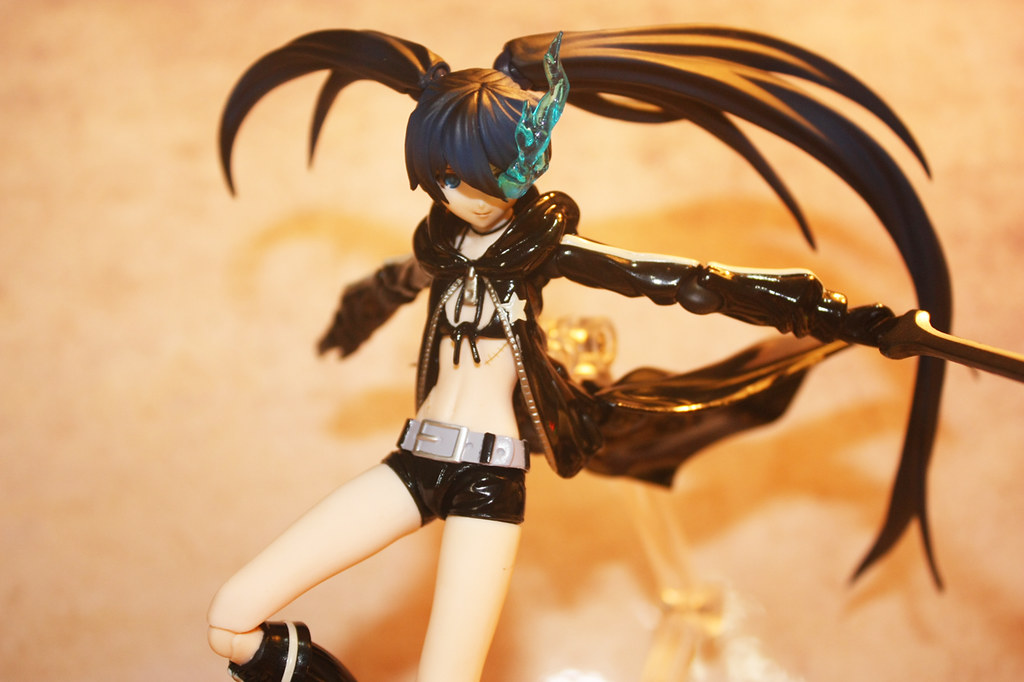 Comes with her big Rock Cannon, but i wont be posting that for now here since I’m currently pressed for time. (You can see that on the number of poses I’ve made for this entry) I wonder how the other bloggers find the time to write about stuff and still have a busy schedule. Any suggestions when it comes to blog planning? 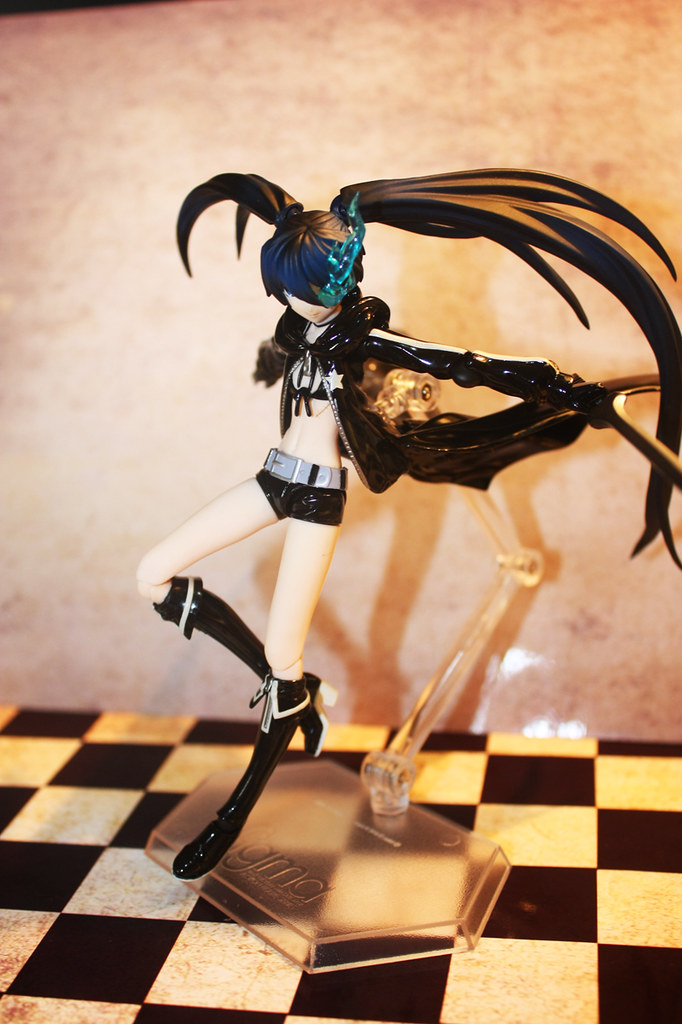 The background and the floor were made from photoshop and printed in glossy paper. I’ve had those ever since i tried to enter a toy photo contest, and i decided to keep them for later use. I would never have thought i would use these for the black rock shooter.

It also comes with multiple faces as well, and a hair style without the blue flame on her left eye too. 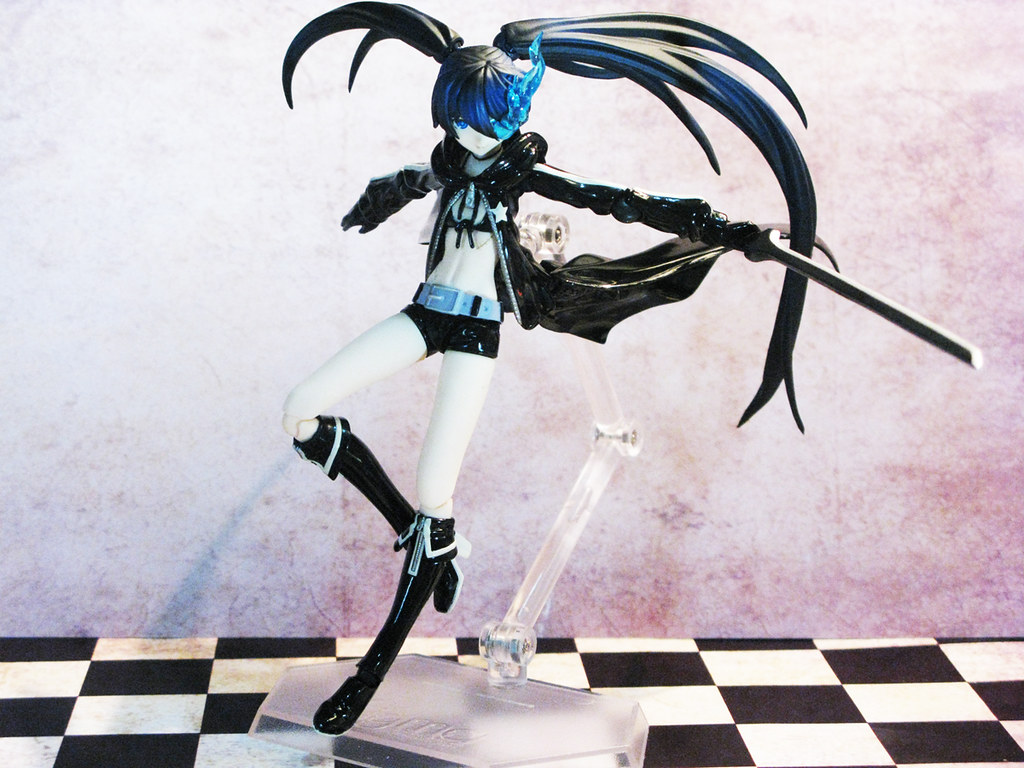 Tried to goof around with the white balance, tungsten light looks good on BRS in the environtment i was shooting at =D. 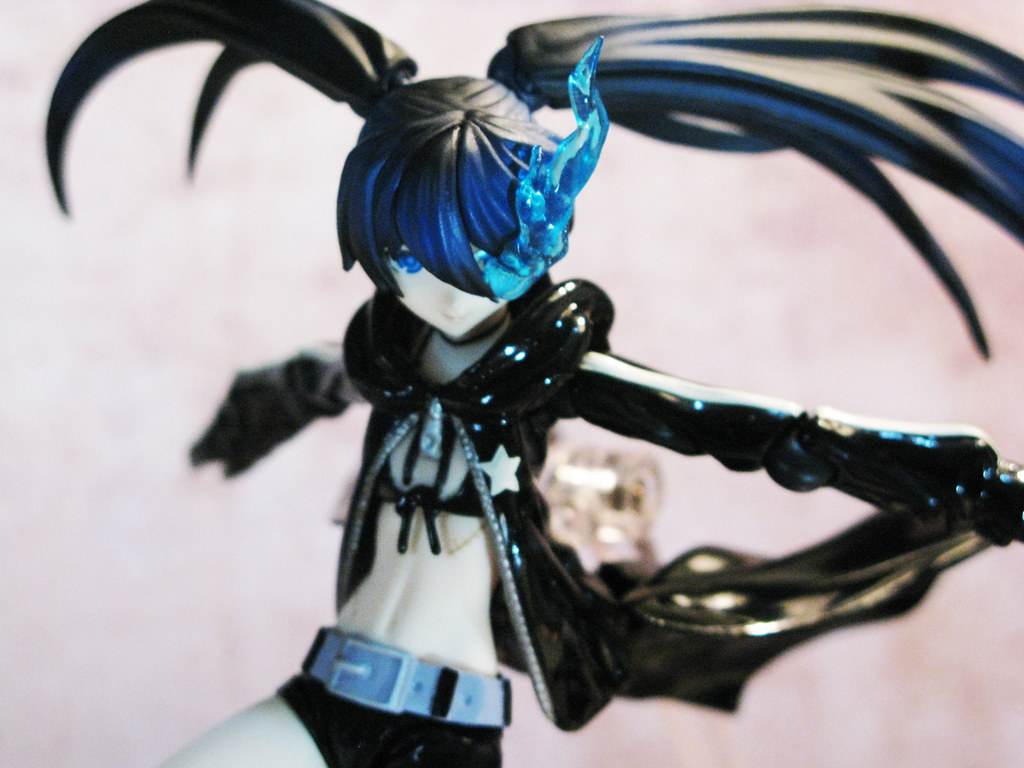 Shooting in a poorly lit place was difficult, i had to use a lampshade, the flash light from my mobile phone and a bit of what was left from the sunlight (shot it at 430pm since i wont have time to shoot it tomorrow). I set the ISO to 400 but it still has some noise left. 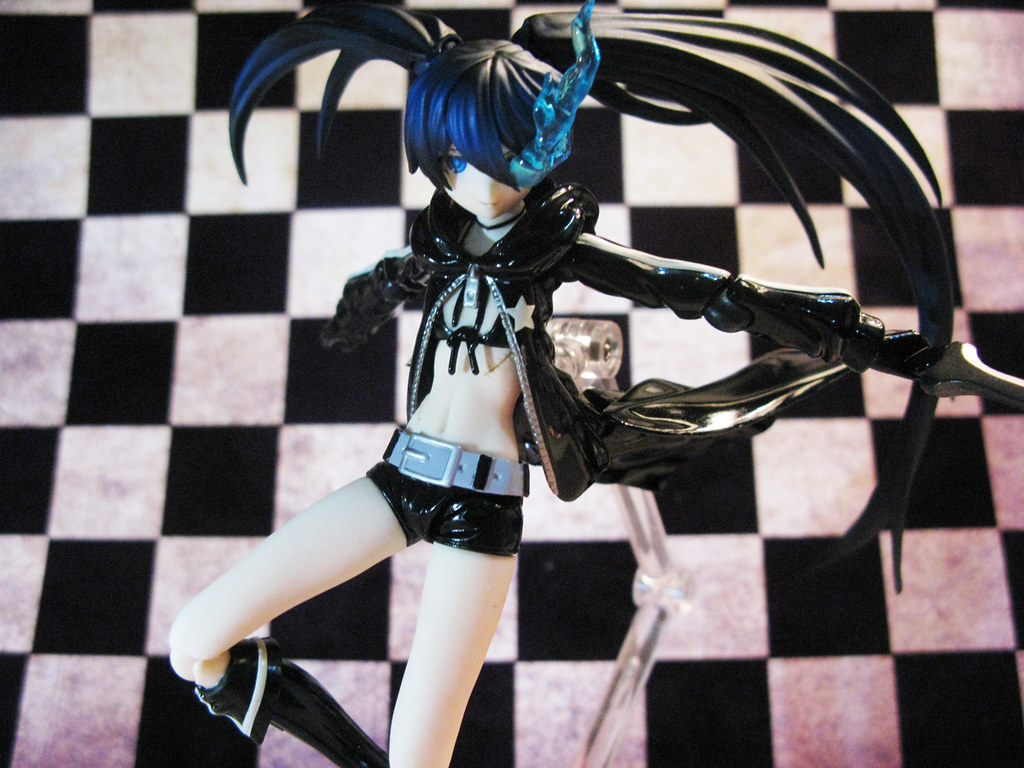 Also switched the floor and background, just to see if it’ll work and work it did. 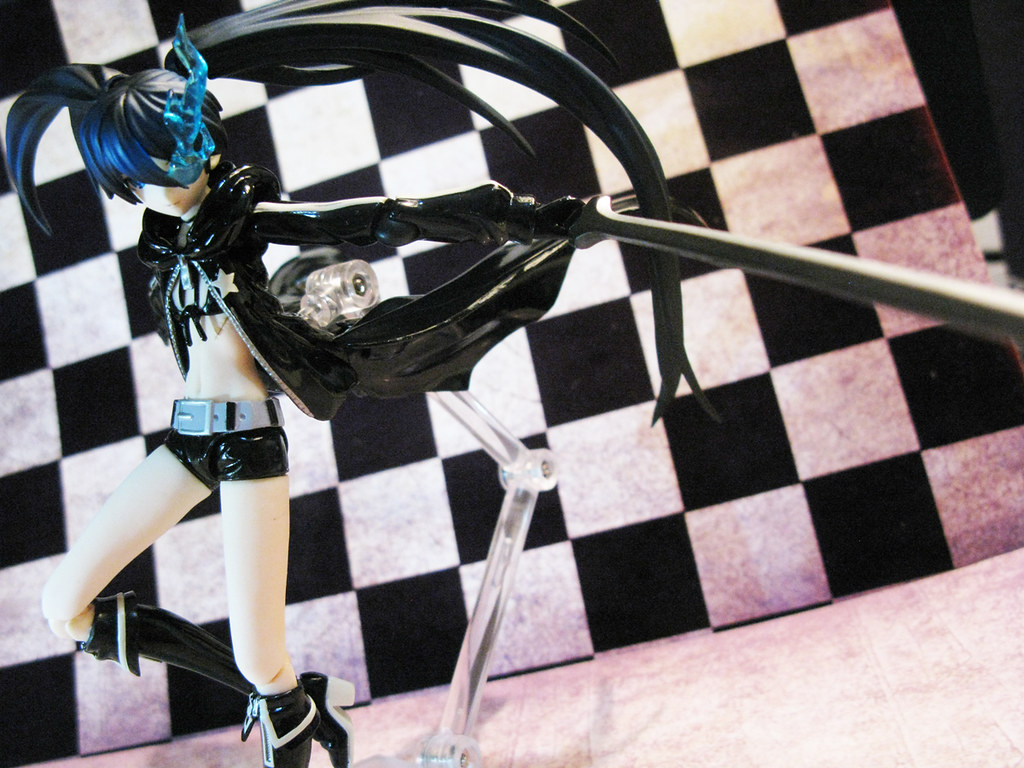 Played around with the angle as well, looks better this way i think.

Black Rock Shooter based on the song of the same name by Supercell and its accompanying music video with illustrations by Huke. Musical composer Ryo and Huke, both members of Supercell, collaborated on the project.

Which reminds me the Figma also has the Black Rock Shooter Pilot edition DVD as well. The DVD was first released in July 2010 which was bundled together with Hobby Japan. Here be the poster… 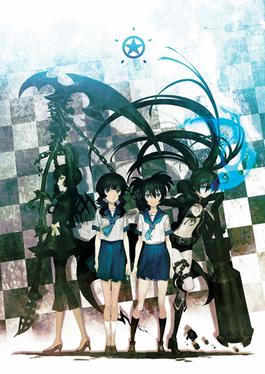 Huke is the one responsible for producing excellent artworks for BRS, and most recently Steins;Gate …and here be one of the trailers.

An RPG is currently in development as well.

And yes, a figma Dead Master and Black Gold Saw is scheduled to be released as well.

Singapore Item GET
Scroll to top